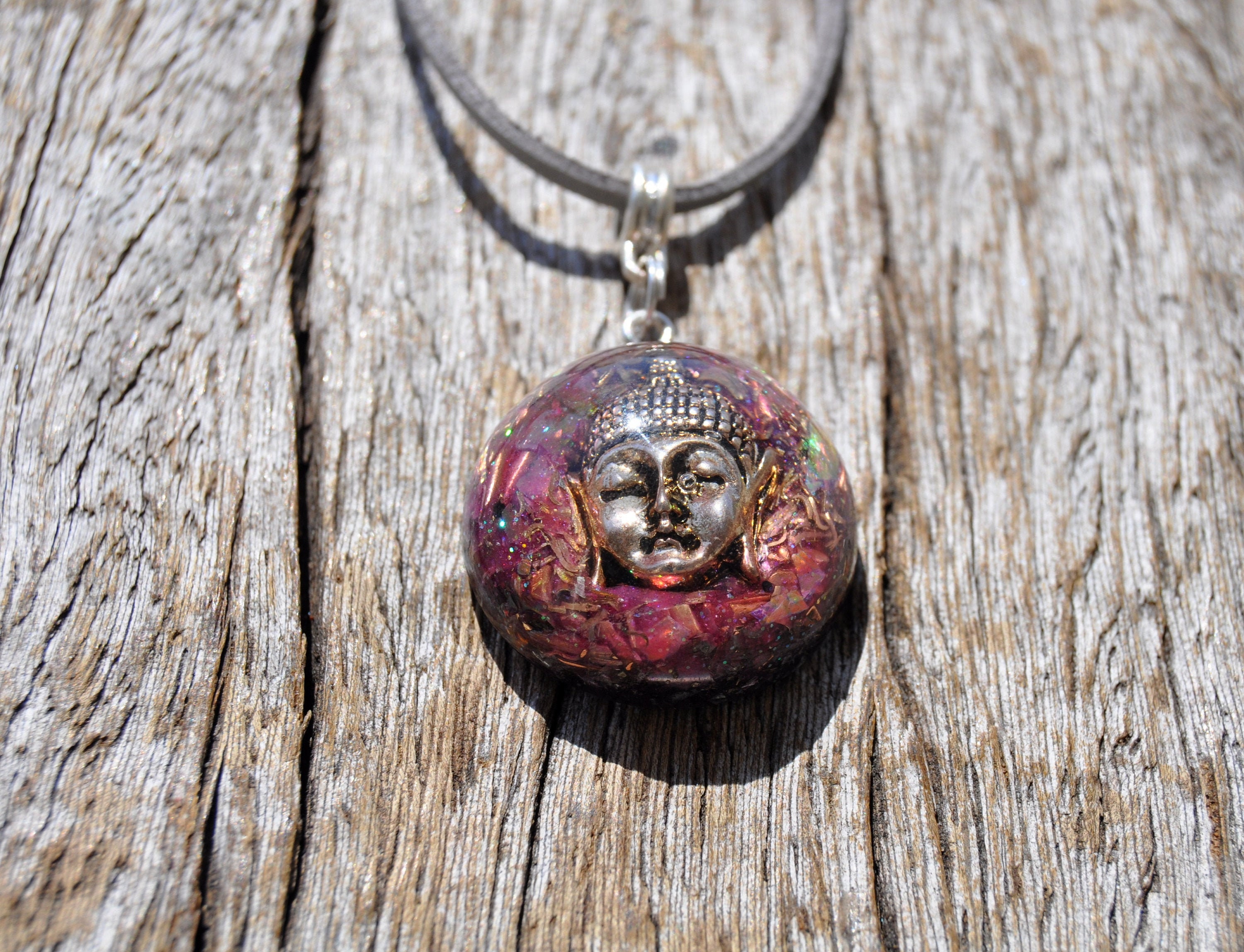 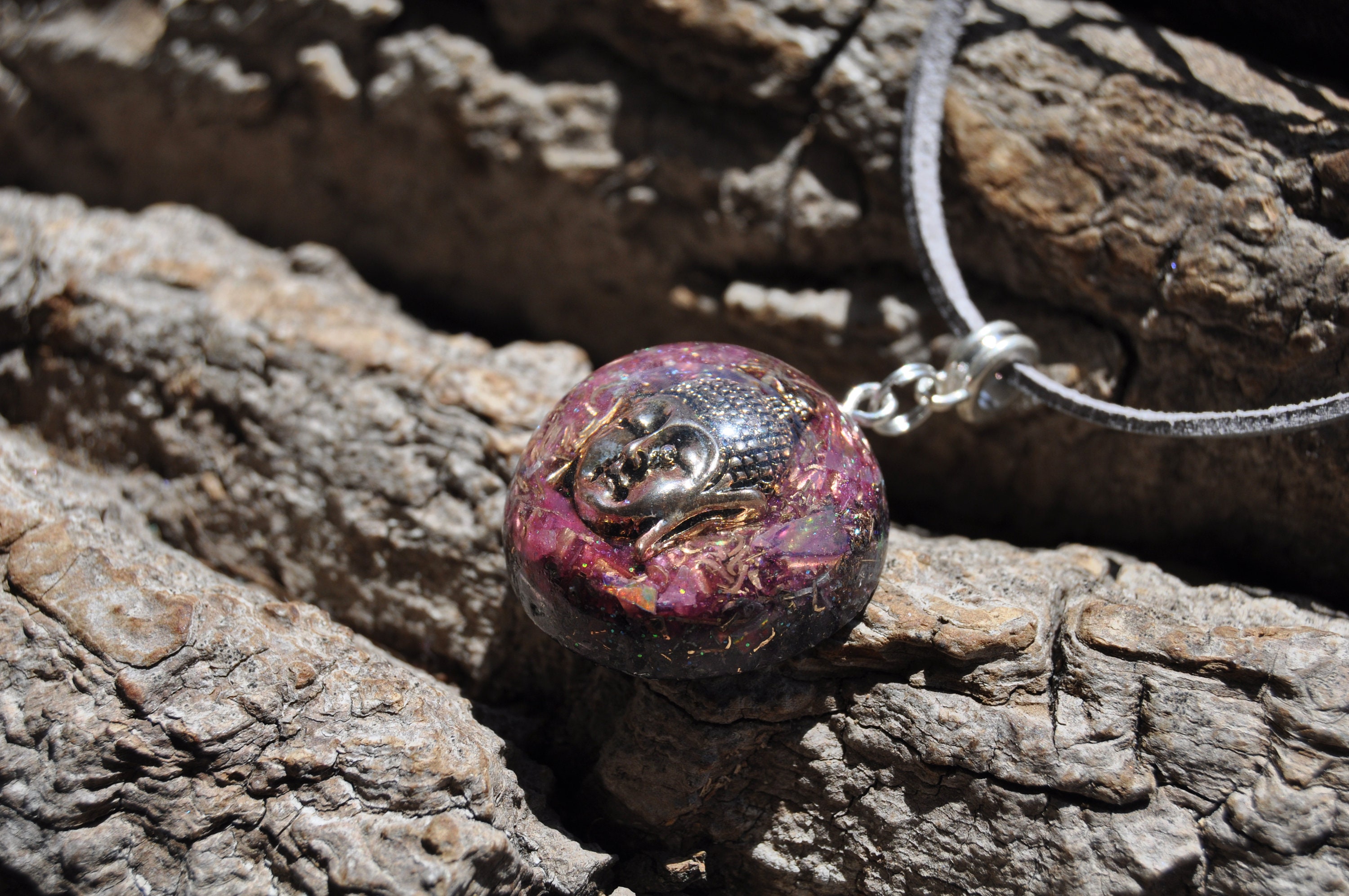 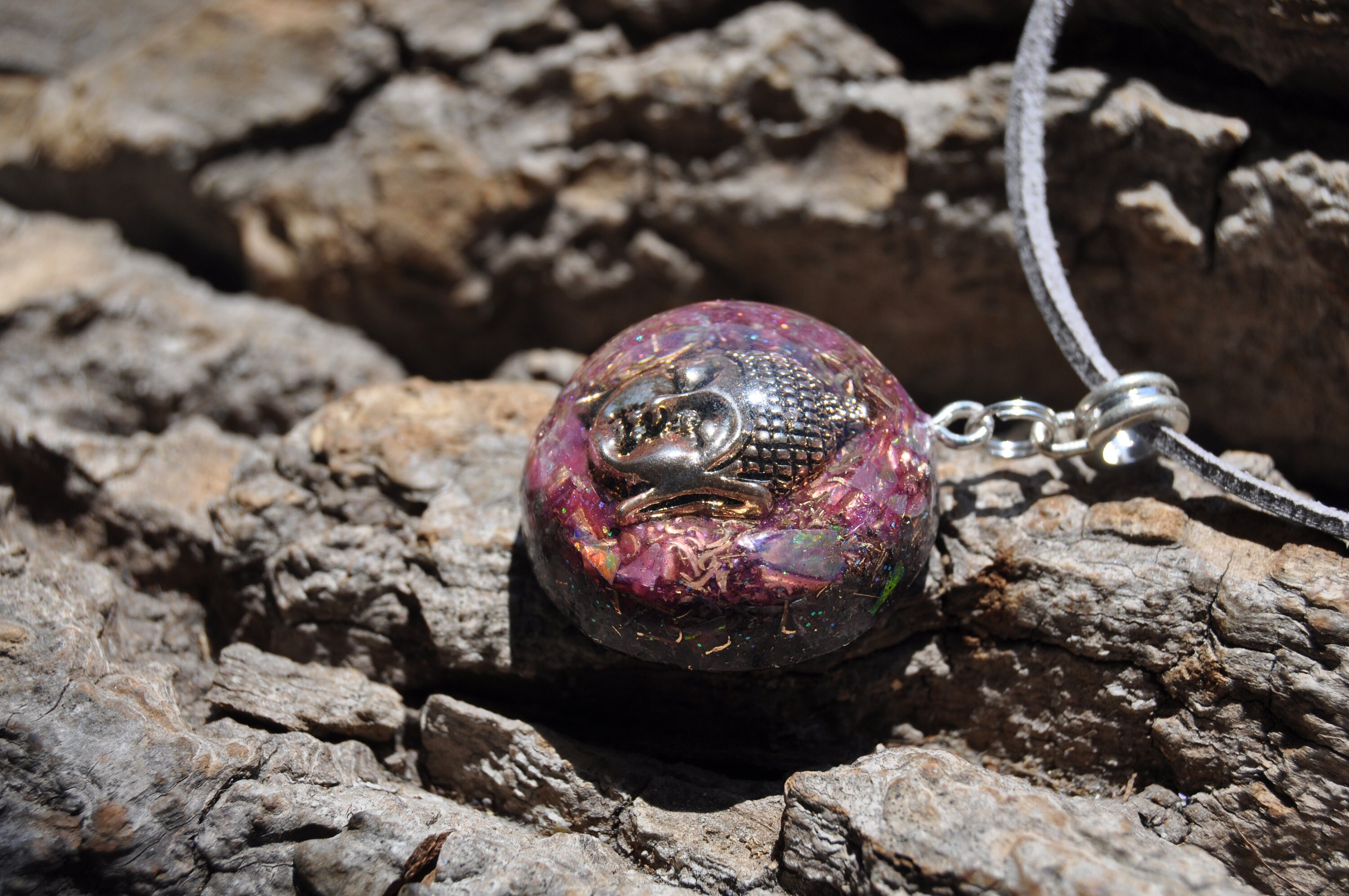 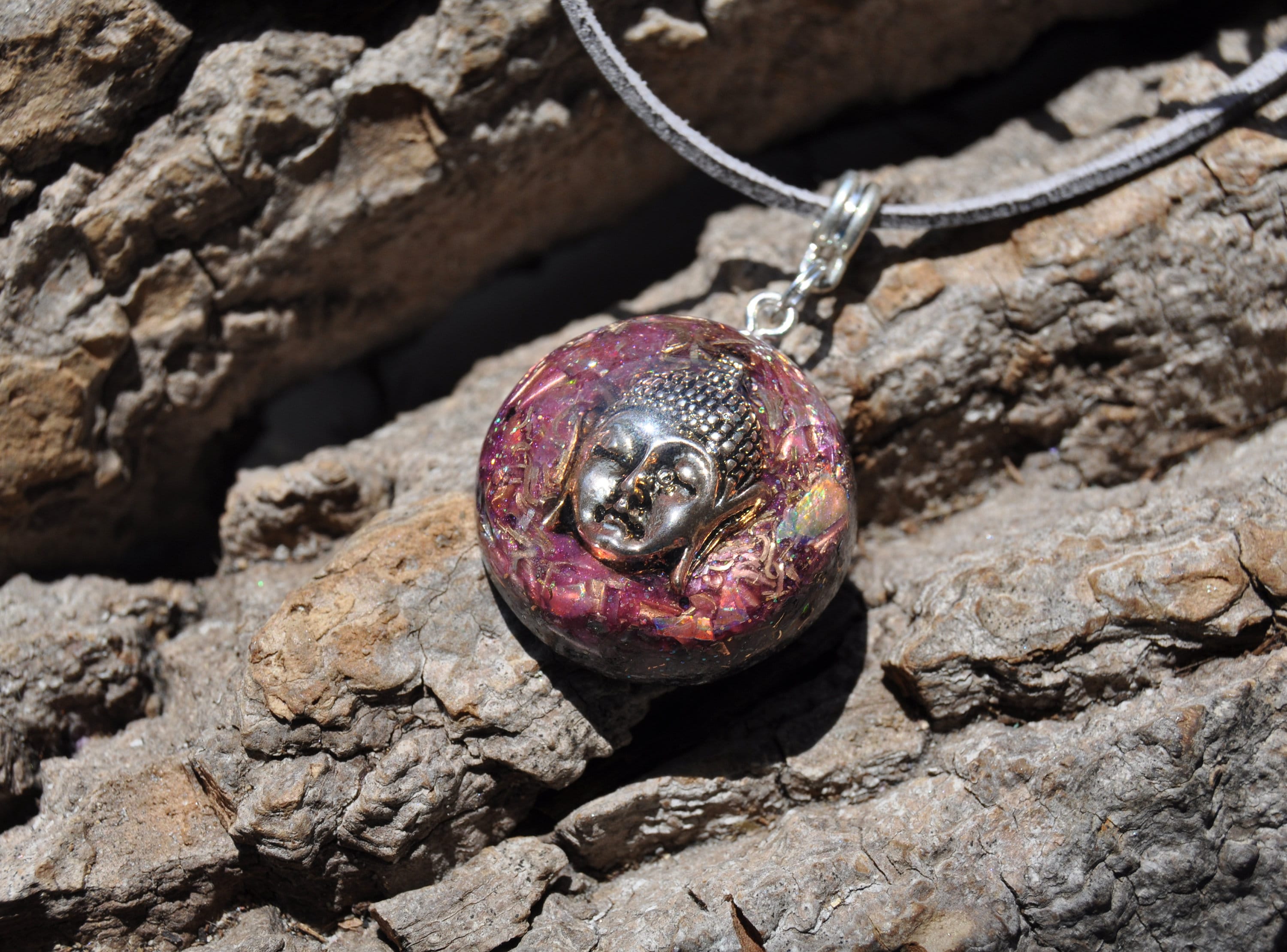 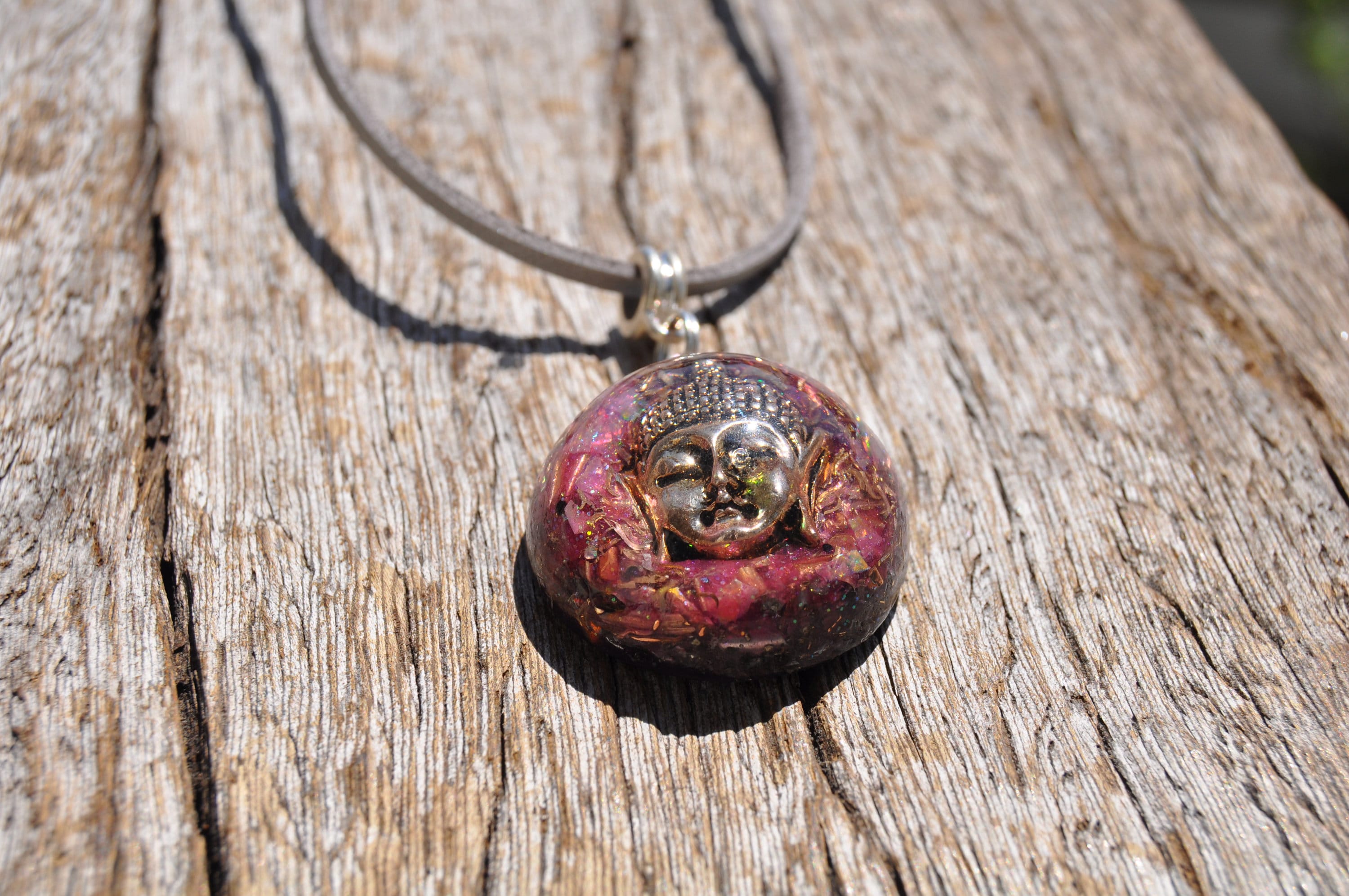 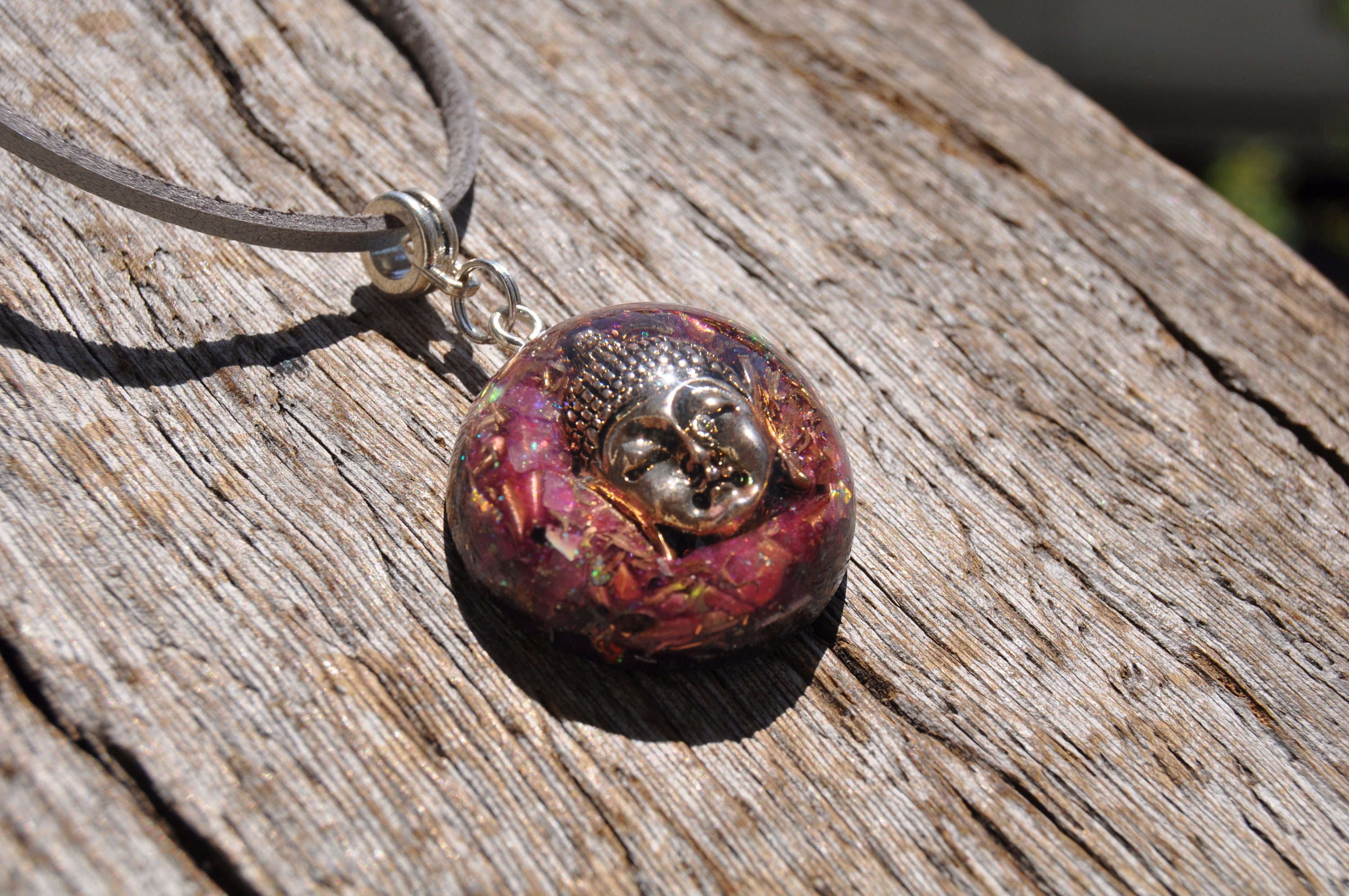 The price of this pendant is a bit cheaper then usual, because the Buddha is not laying straight in the middle as you might be able to see on the pictures.

It measures 2.7 cm / 1.1" and this Orgonite® pendant is made out of lots of brass, aluminium and copper shavings .
It furthermore consists of black Tourmaline (to protect and ground excess energy), clear Quartz (for piezo electric effect), Elite Shungite (emf protection), Selenite (clean and charge), Rhodizite crystal (to enhance) and clear quartz (for piezo-electric effect) all within a durable resin setting.