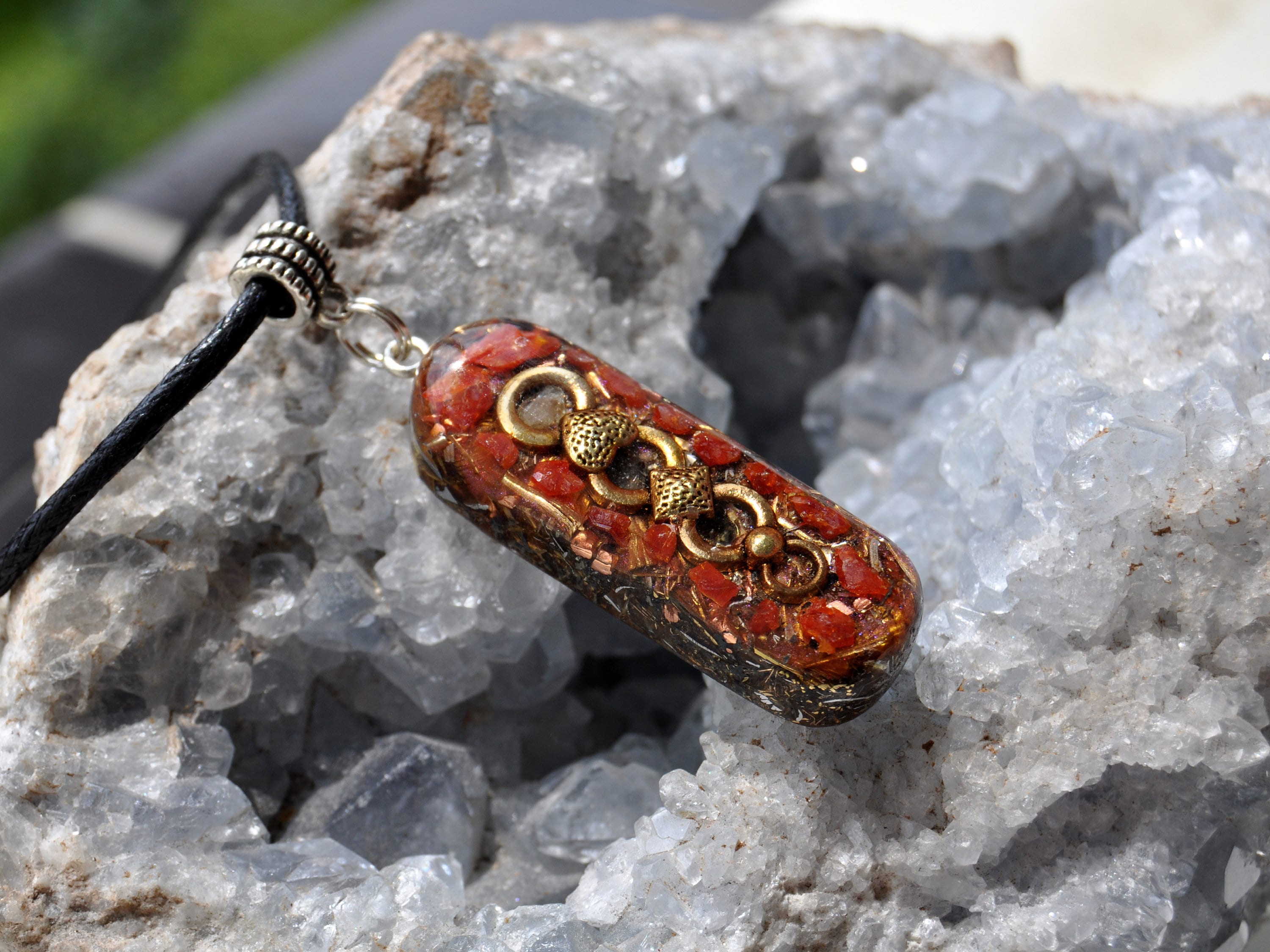 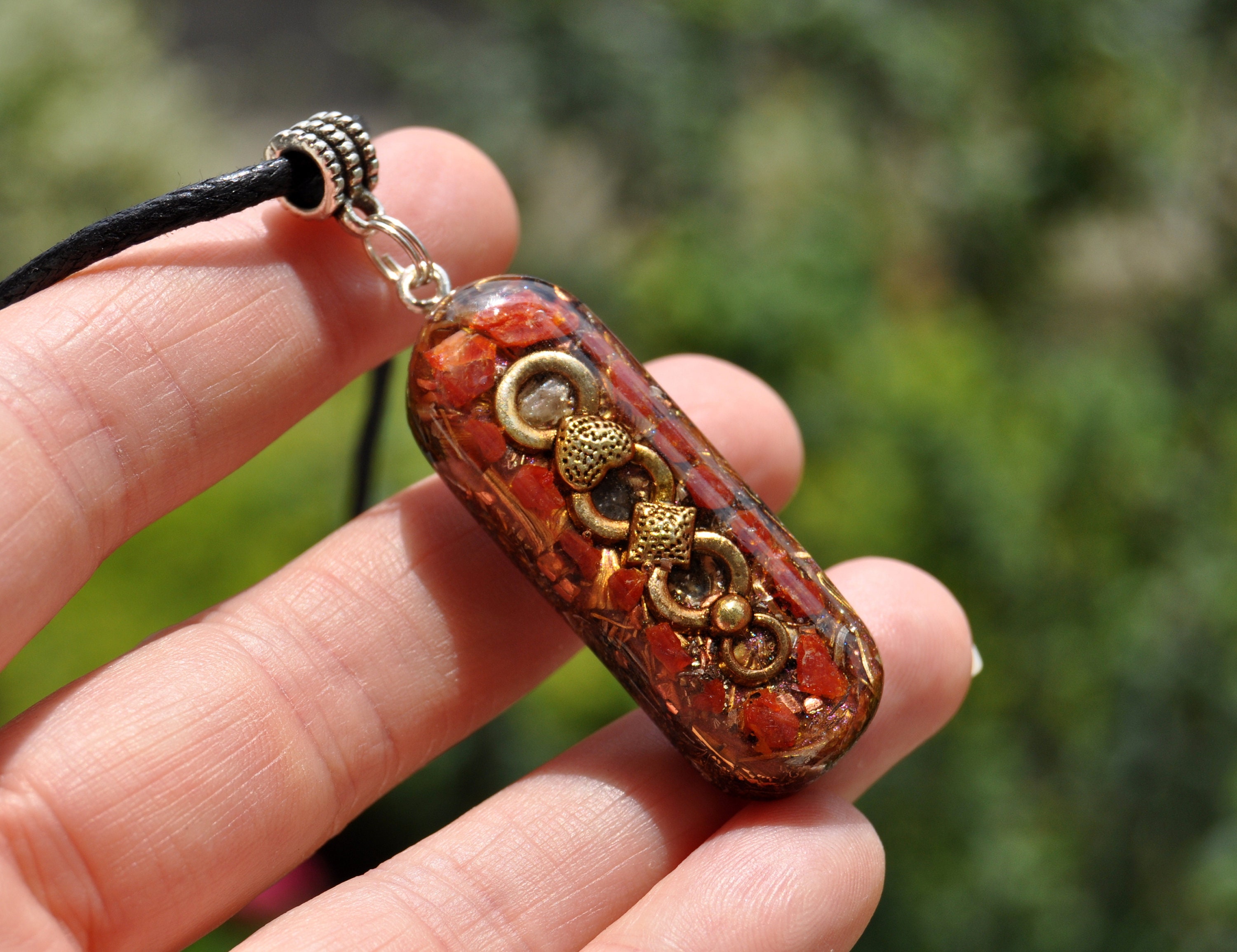 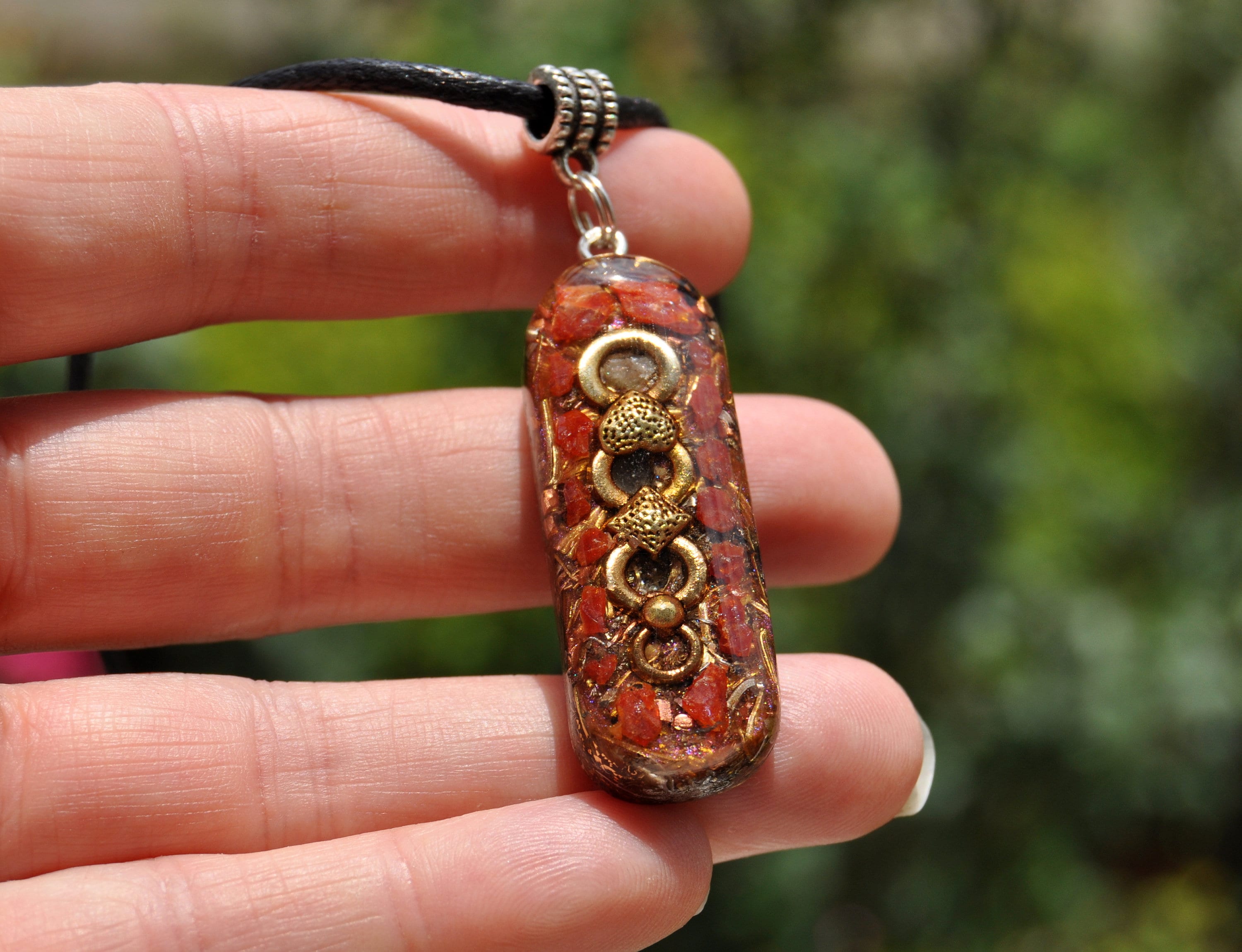 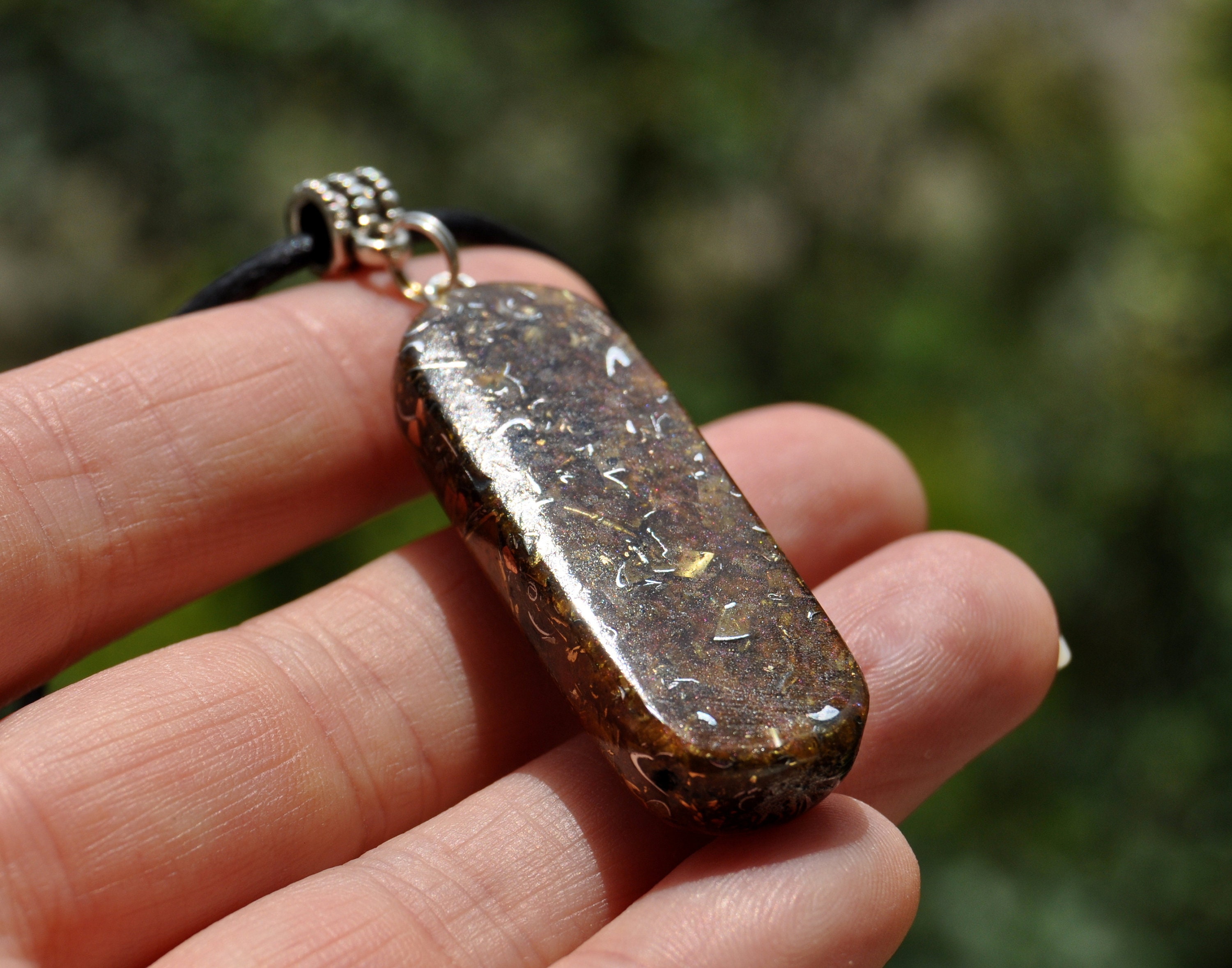 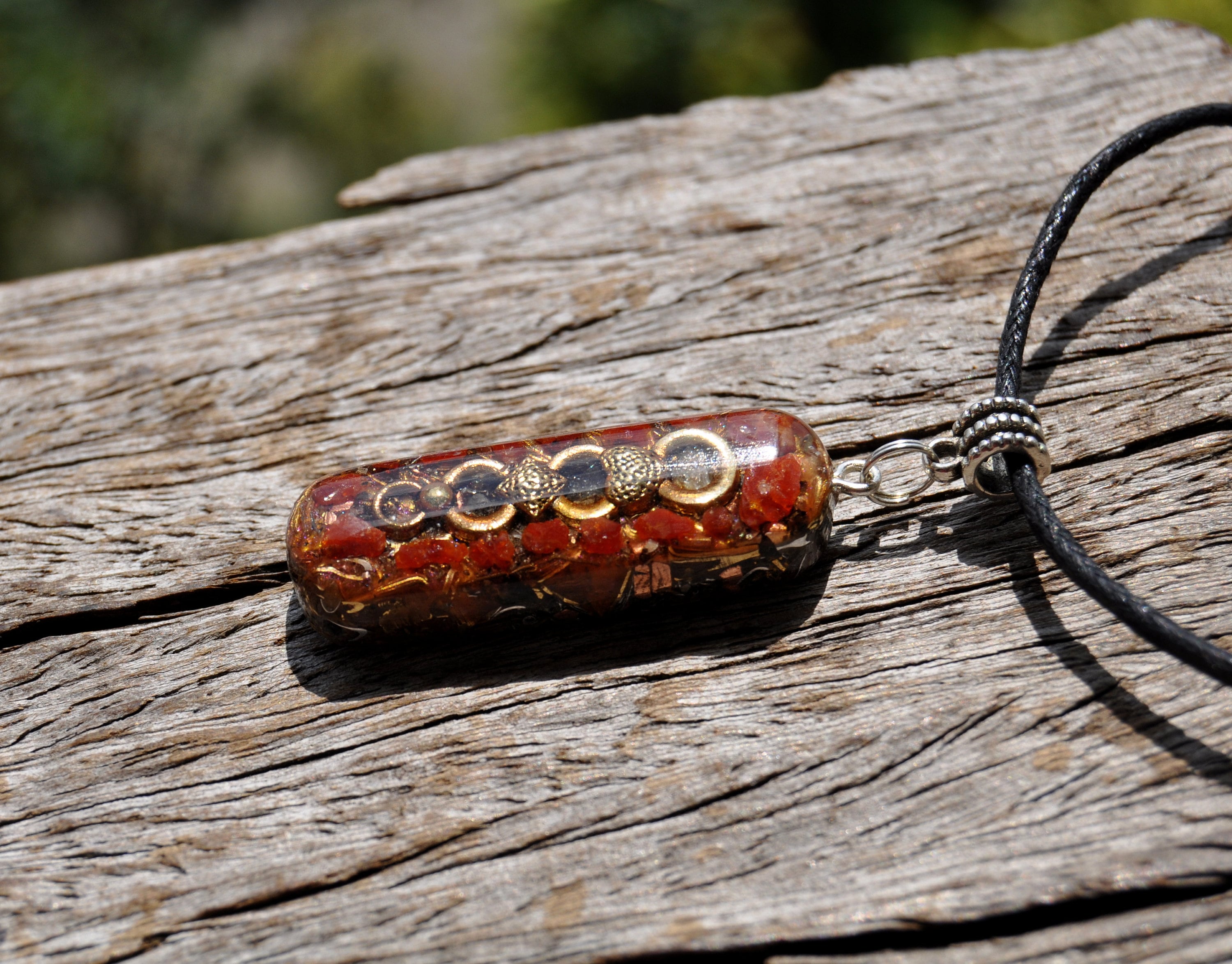 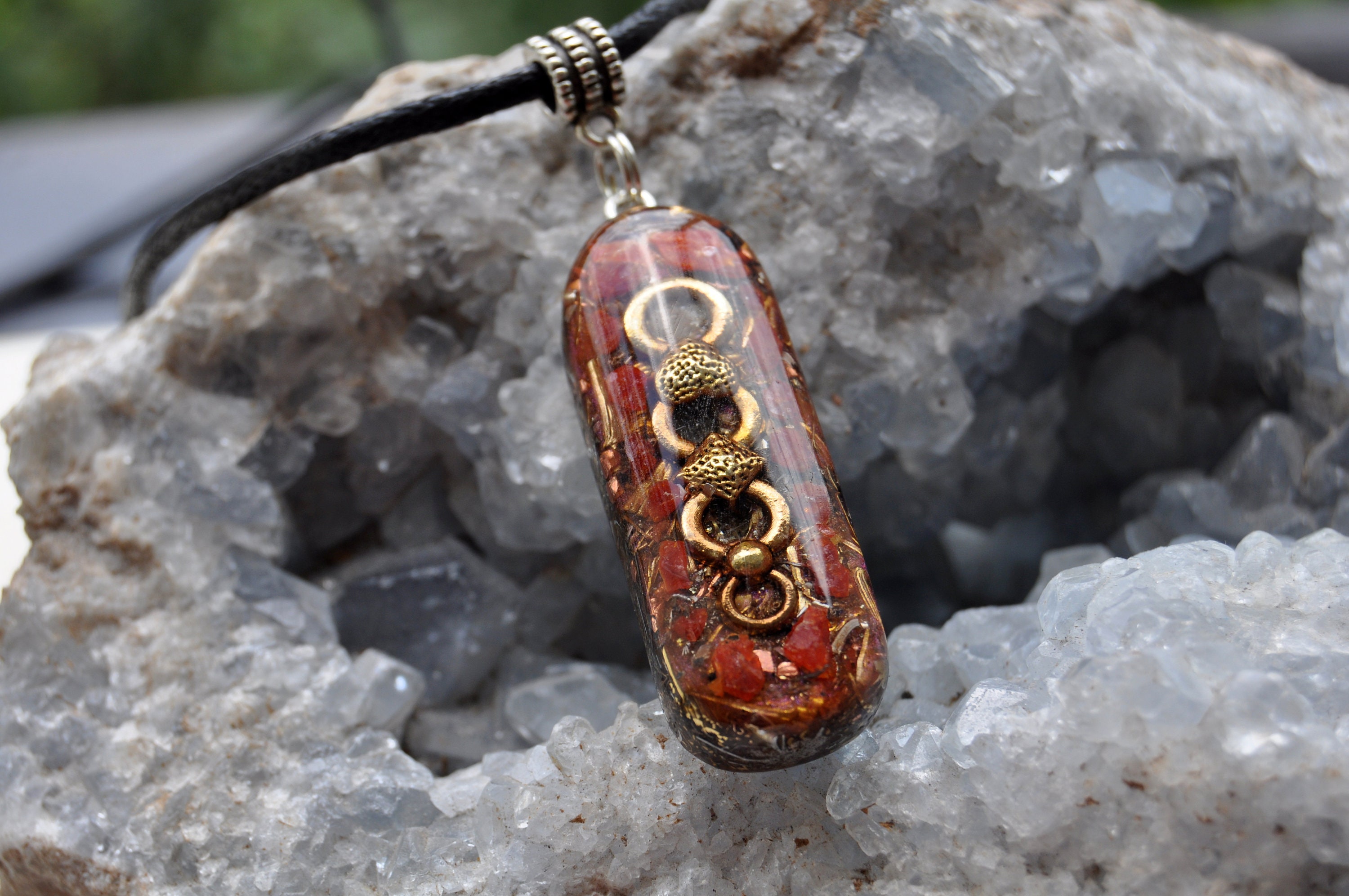 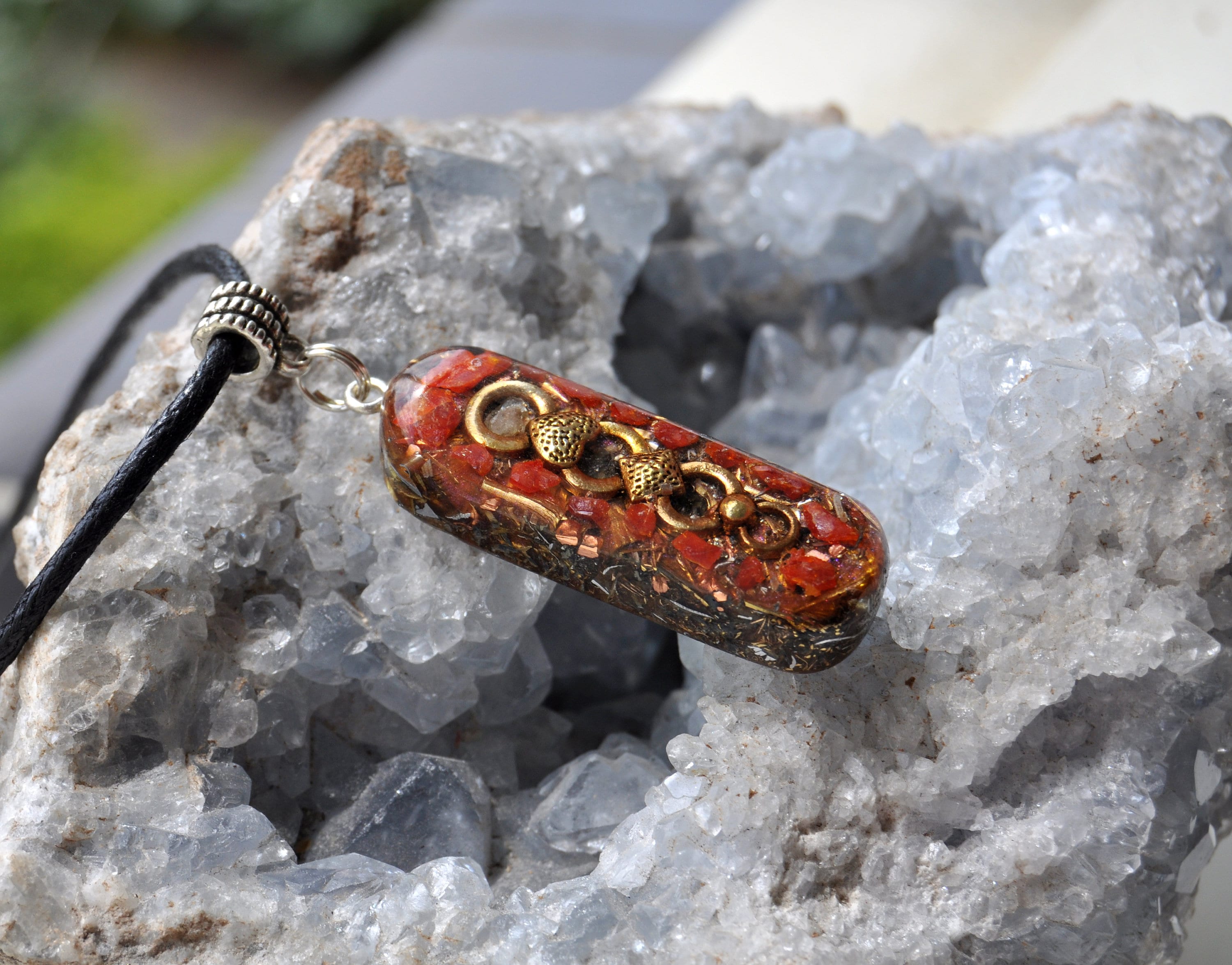 This unique Orgonite® pendant contains aluminium, brass , aluminium, bronze and copper shavings. The main stone is Vanidinite crystals which you can see meticulously laid around the symbol in the front. The symbol has no particular meaning. Rhodizite (for amplifying the other stones), Elite Shungite (protection), Pyrite powder (to increase the overall power of the piece), Selenite pieces (keeps the energy fresh and cleanses and recharges the other crystals), black Tourmaline (protection) and a small terminated clear Quartz point (for piezo electric effect) all within a durable resin setting.

It comes on a adjustable strong cotton necklace cord.If you prefer a black colored strong cotton cord, let me know and Ill happily change it for you.