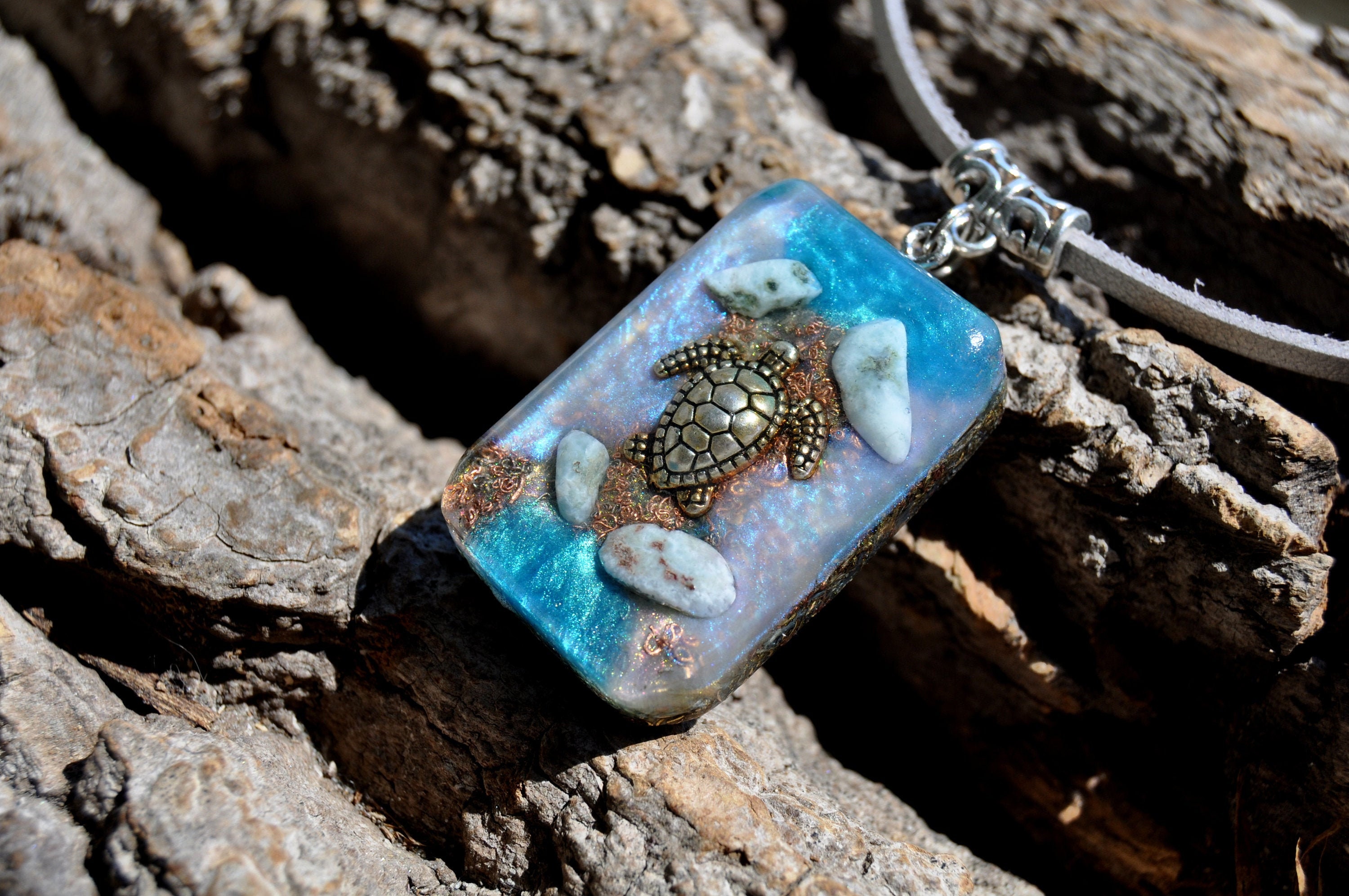 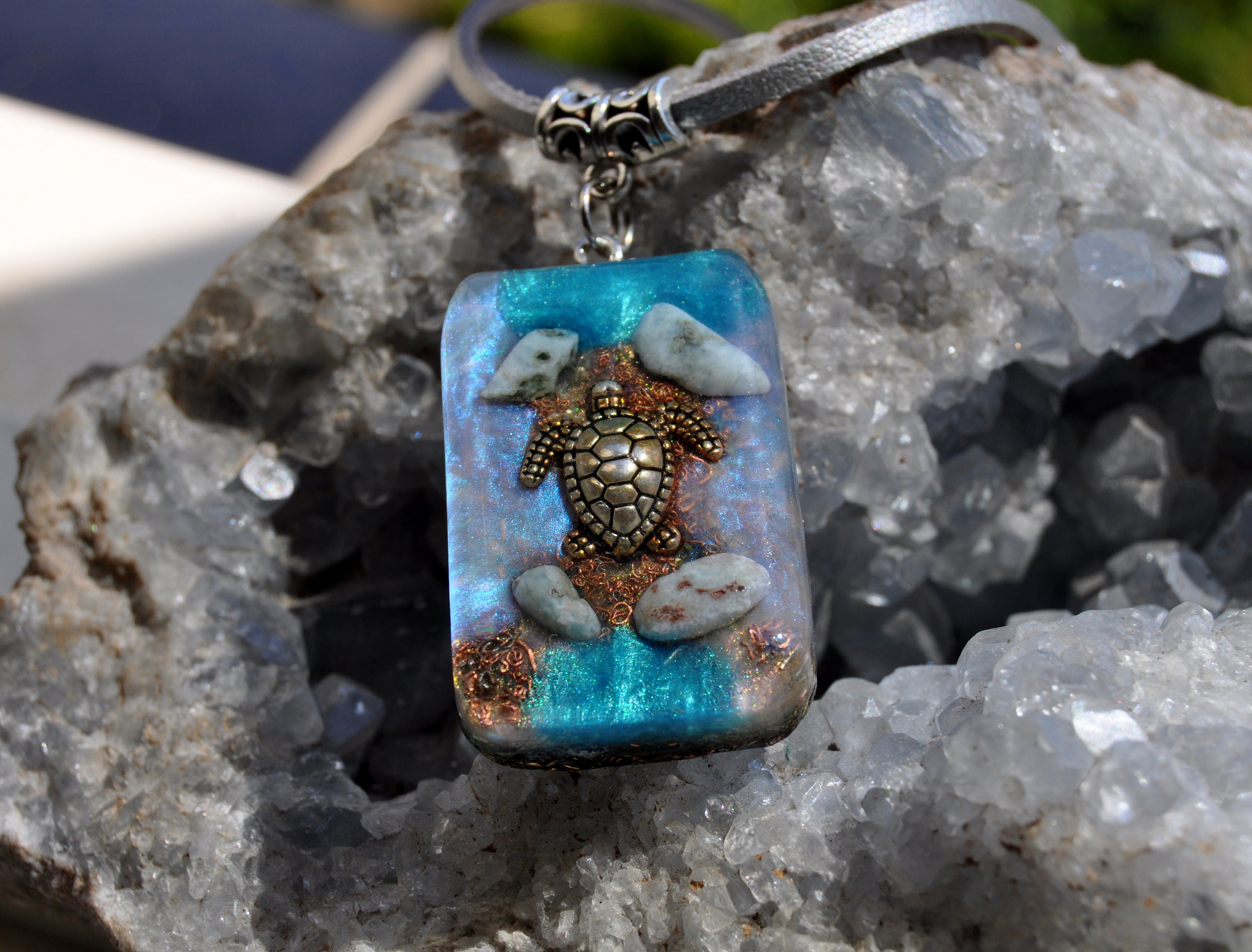 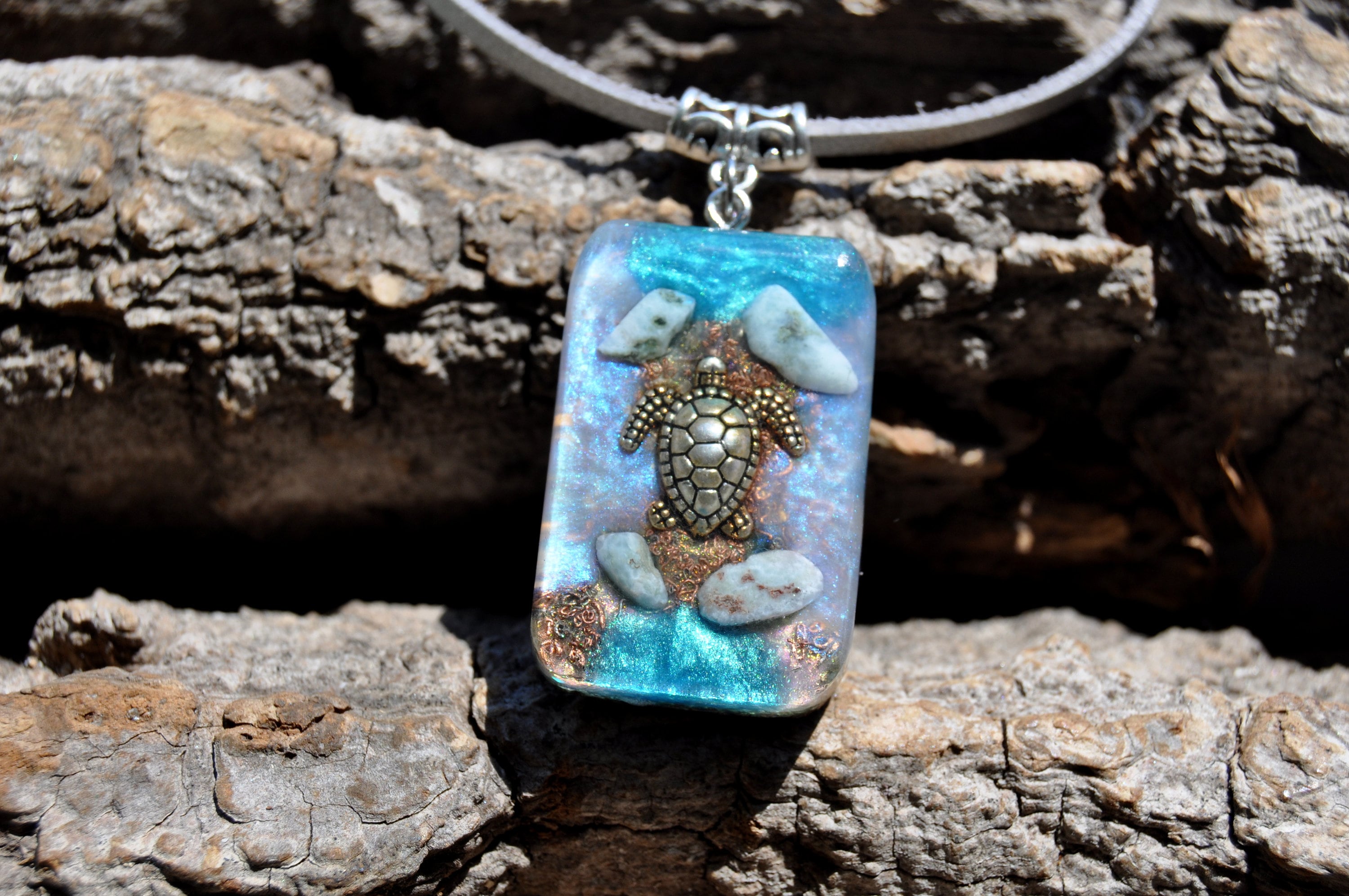 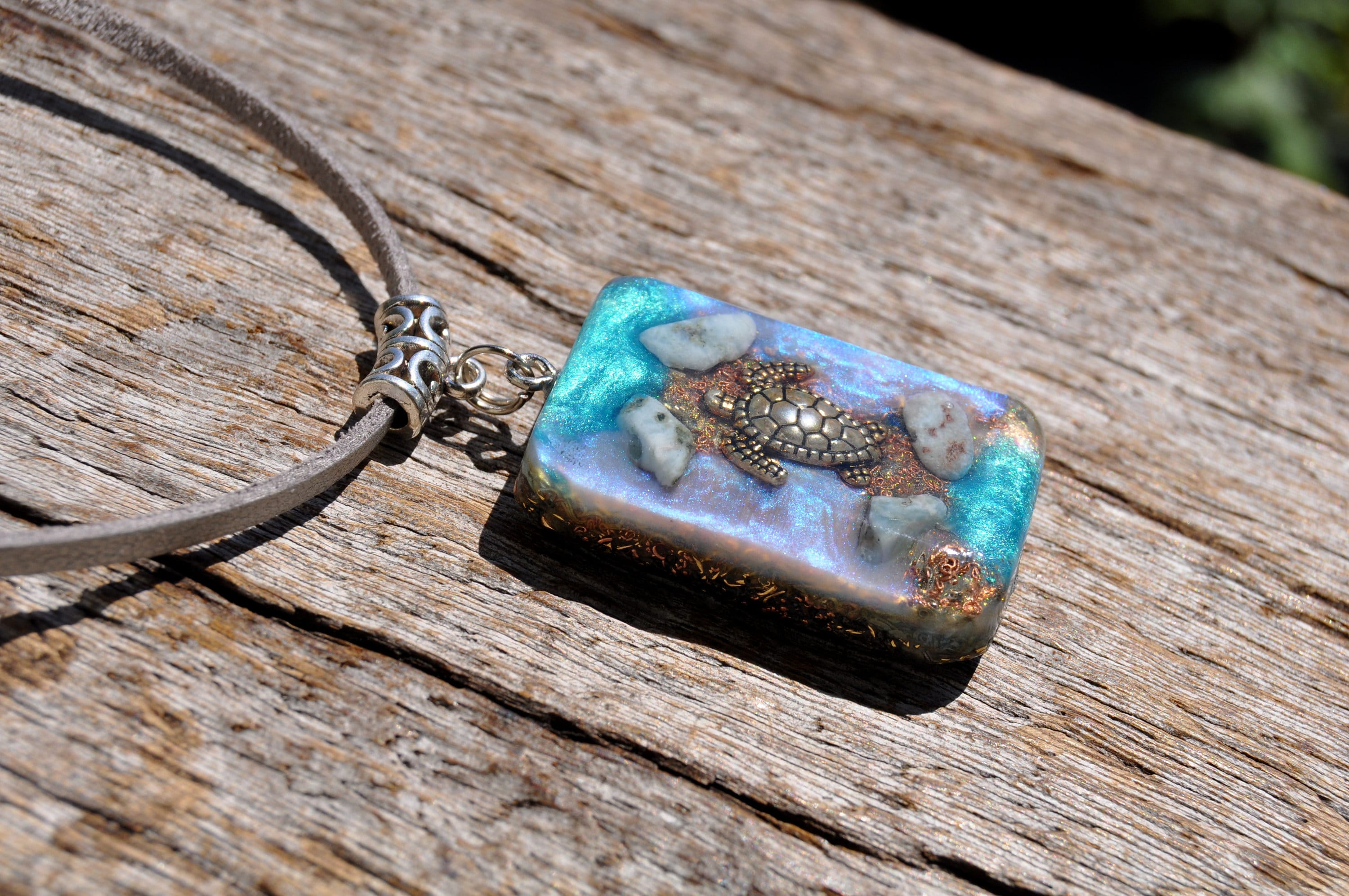 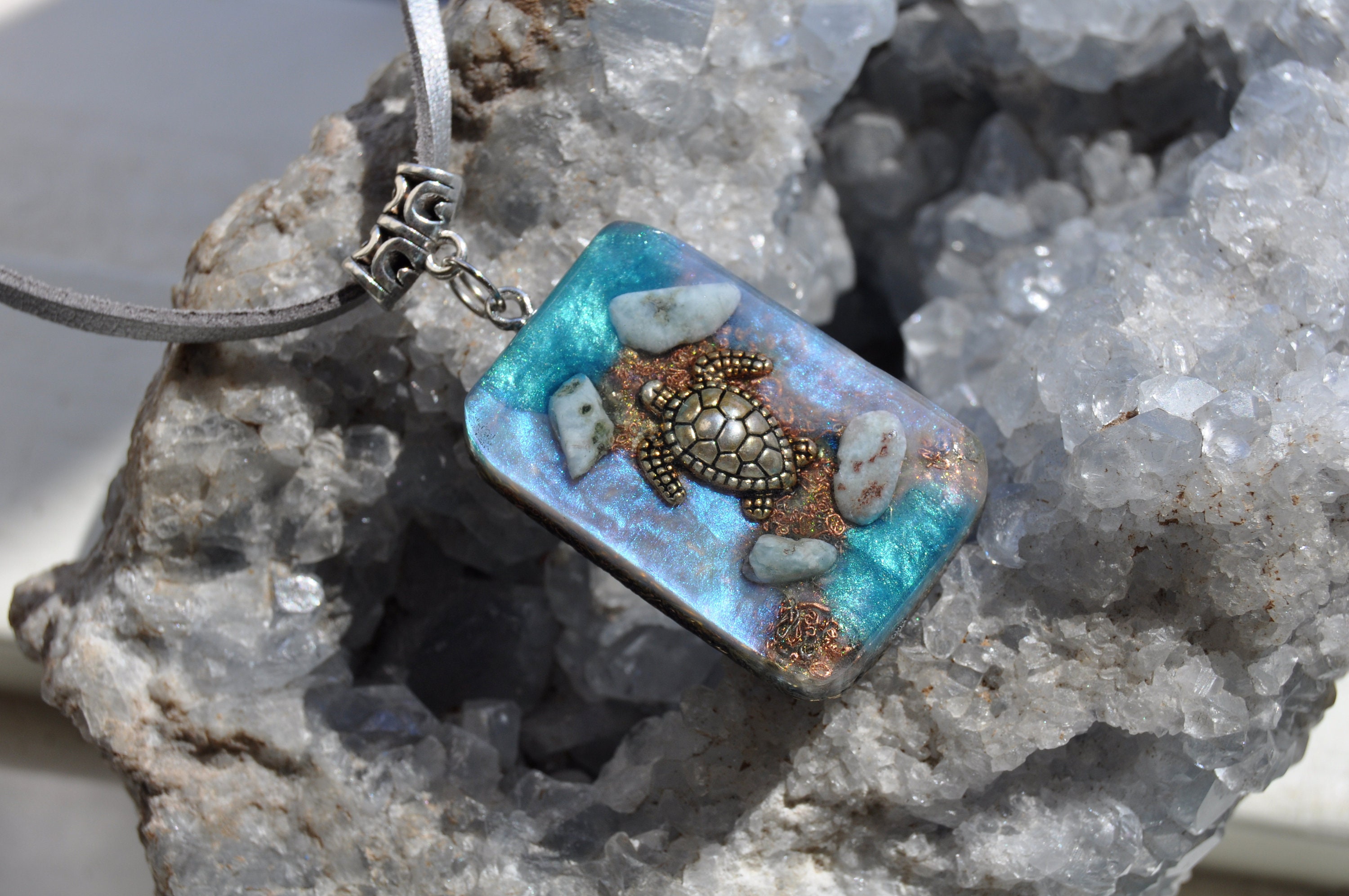 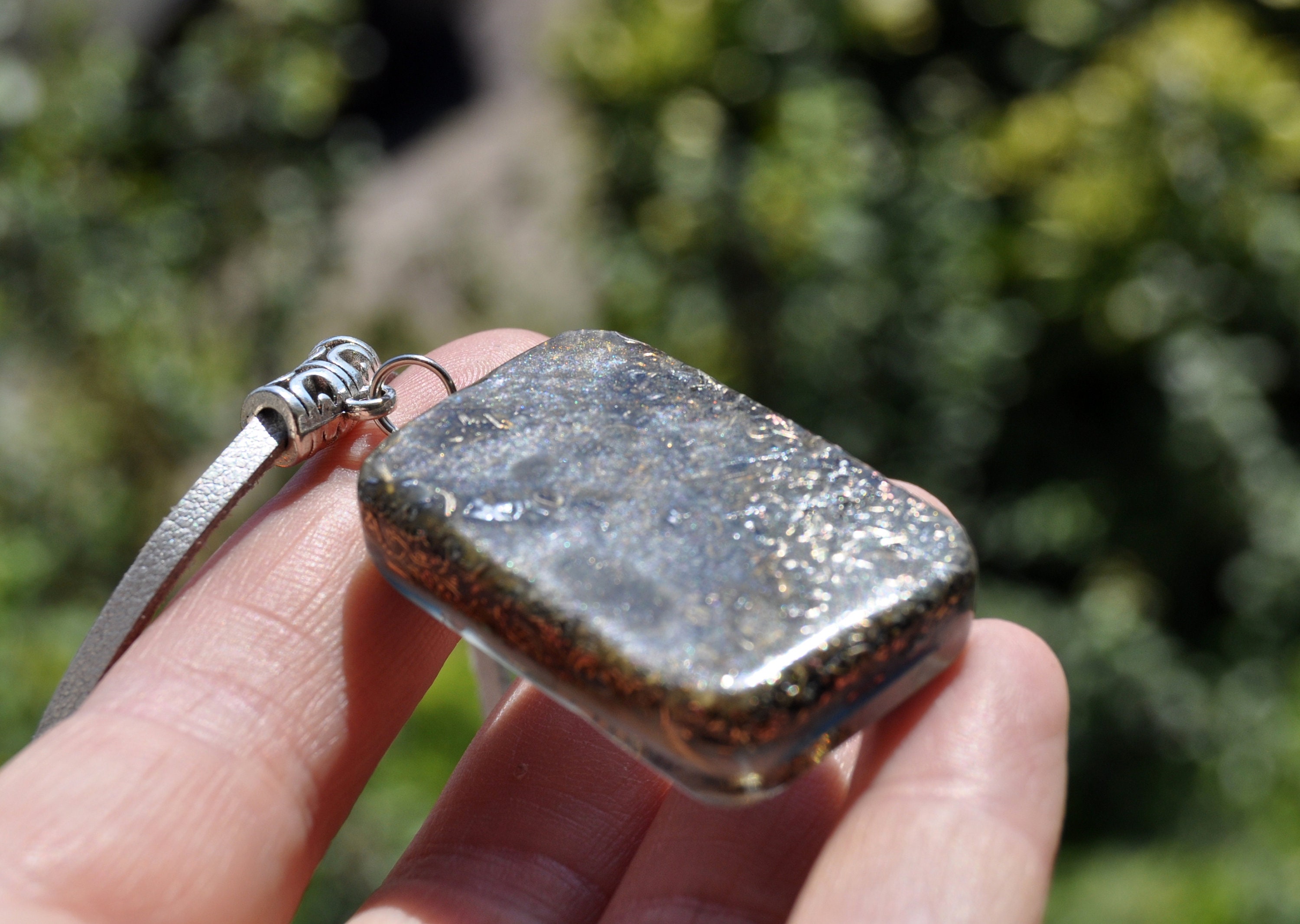 You will get the pendant as shown in the pictures and video.

It has a cute turtle swimming in the front. The wisdom of the turtle totem teaches us about determination and staying strong despite obstacles or distractions. This animal encourages those to listen deeply to their guidance and trust their path no matter what.

Larimar is considered a spiritual healing stone, and even an earth healing stone, because of its ability to open to new dimensions, and open both individuals and the earth for evolution. Meditating with a larimar crystal illuminates an individual's spiritual path, bringing feelings of empowerment and precision of purpose. At the same time, it works to dissolve self-imposed restrictions. Any self-sabotaging energy is released, for the specific purpose of an elevation of consciousness. Larimar stone is also believed to bring angelic contact.

As a healing crystal for the mind and the body, larimar works on a foundational level. It helps one deal with stress, and the inevitable changes of life, by instilling a tranquil, harmonized serenity. This is an ideal gemstone for artists of any kind, as it promotes constructive thought, and a free-flow of creativity. The presence of larimar stone is also good for emotional distress and bipolar disorder. Its vibration will help to harmonize extremes and clarify actions.

Wearing larimar jewelry is a wonderful way to benefit from the healing energy of this stone. It is most effective when carried around for long periods of time, either worn as a necklace or ring, or even held in a pocket or purse.

It's believed that larimar stones naturally raise vibrations and enable one to connect with higher energy. It is a very powerful healing stone, which anyone who is interested can benefit from.