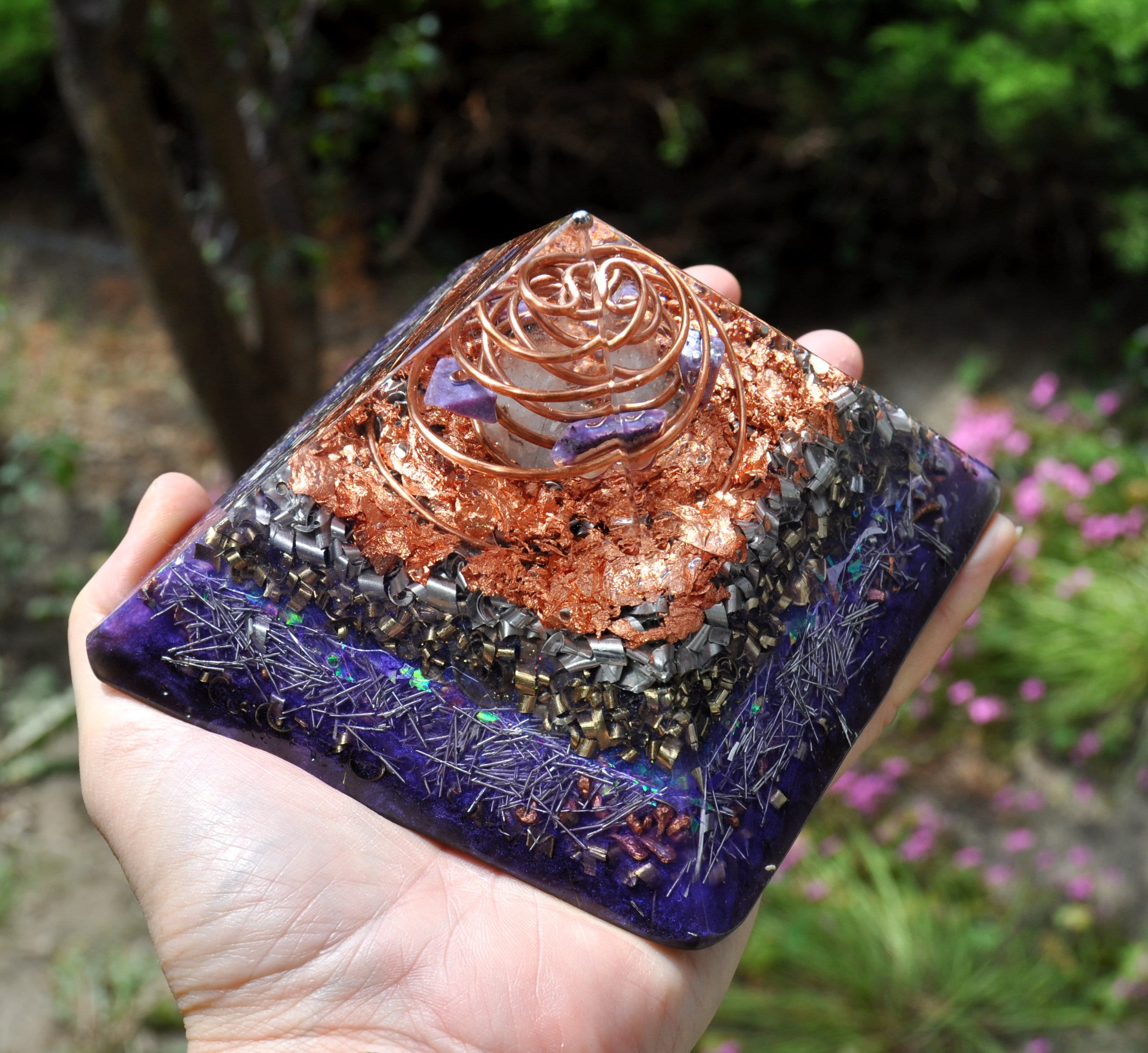 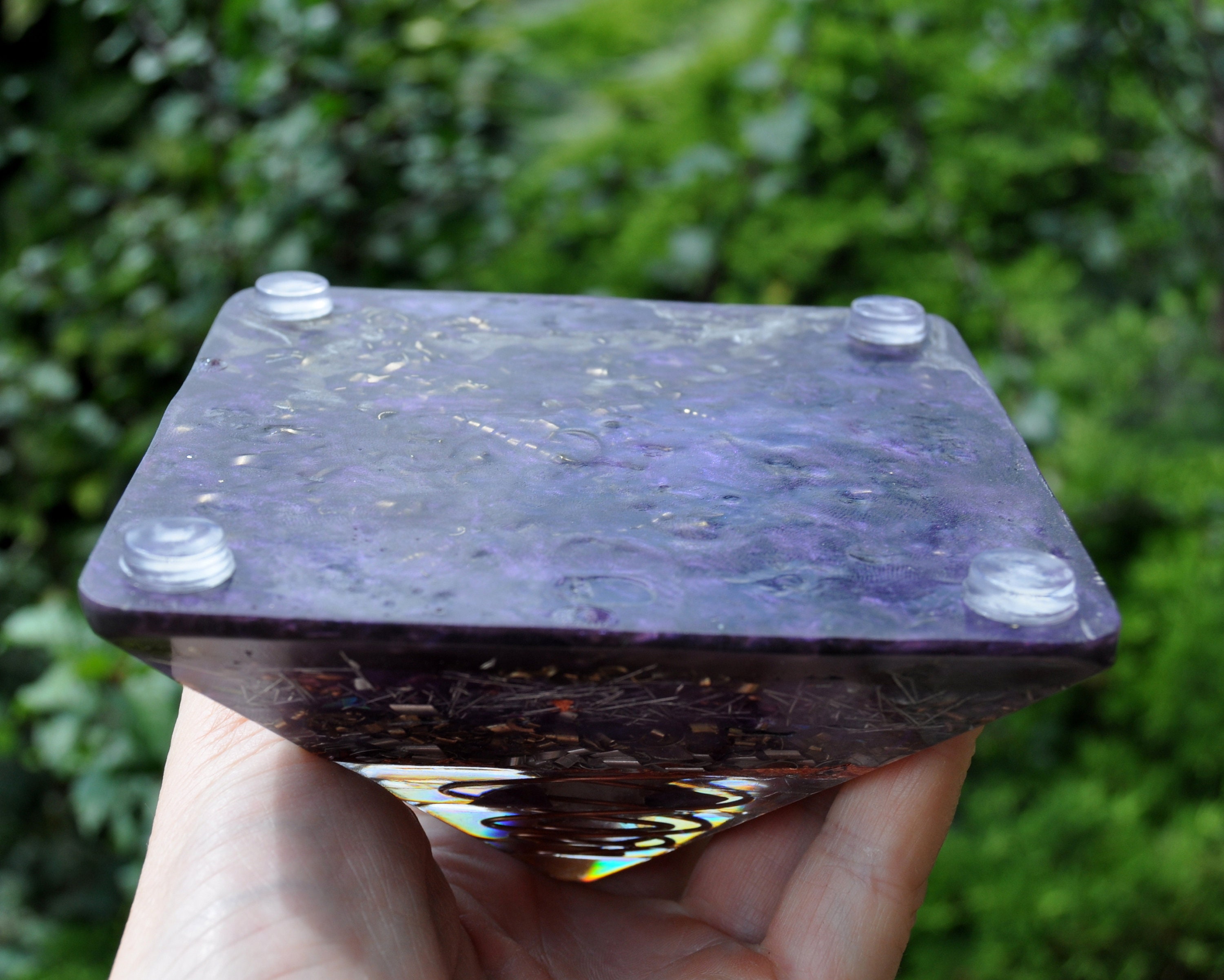 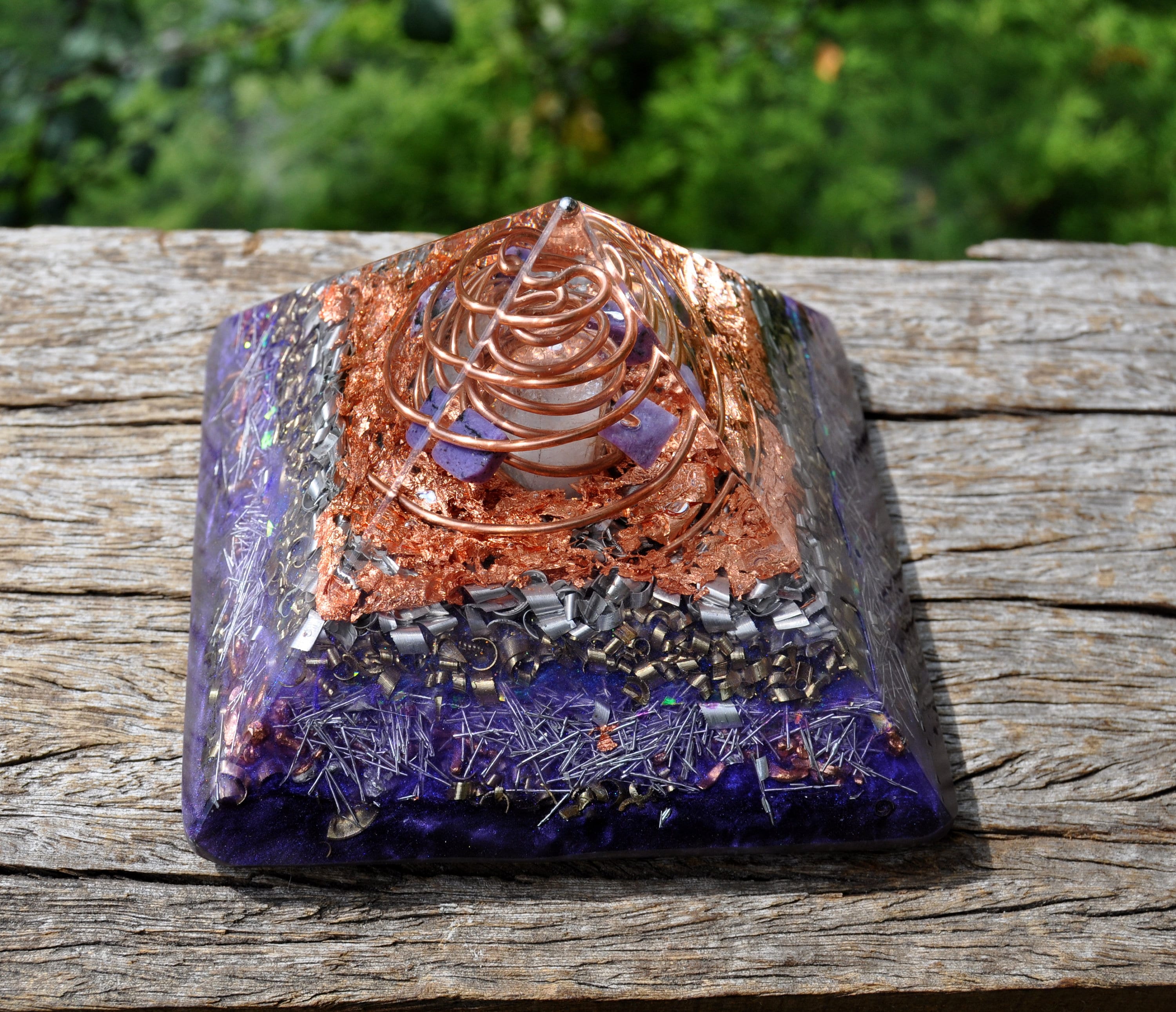 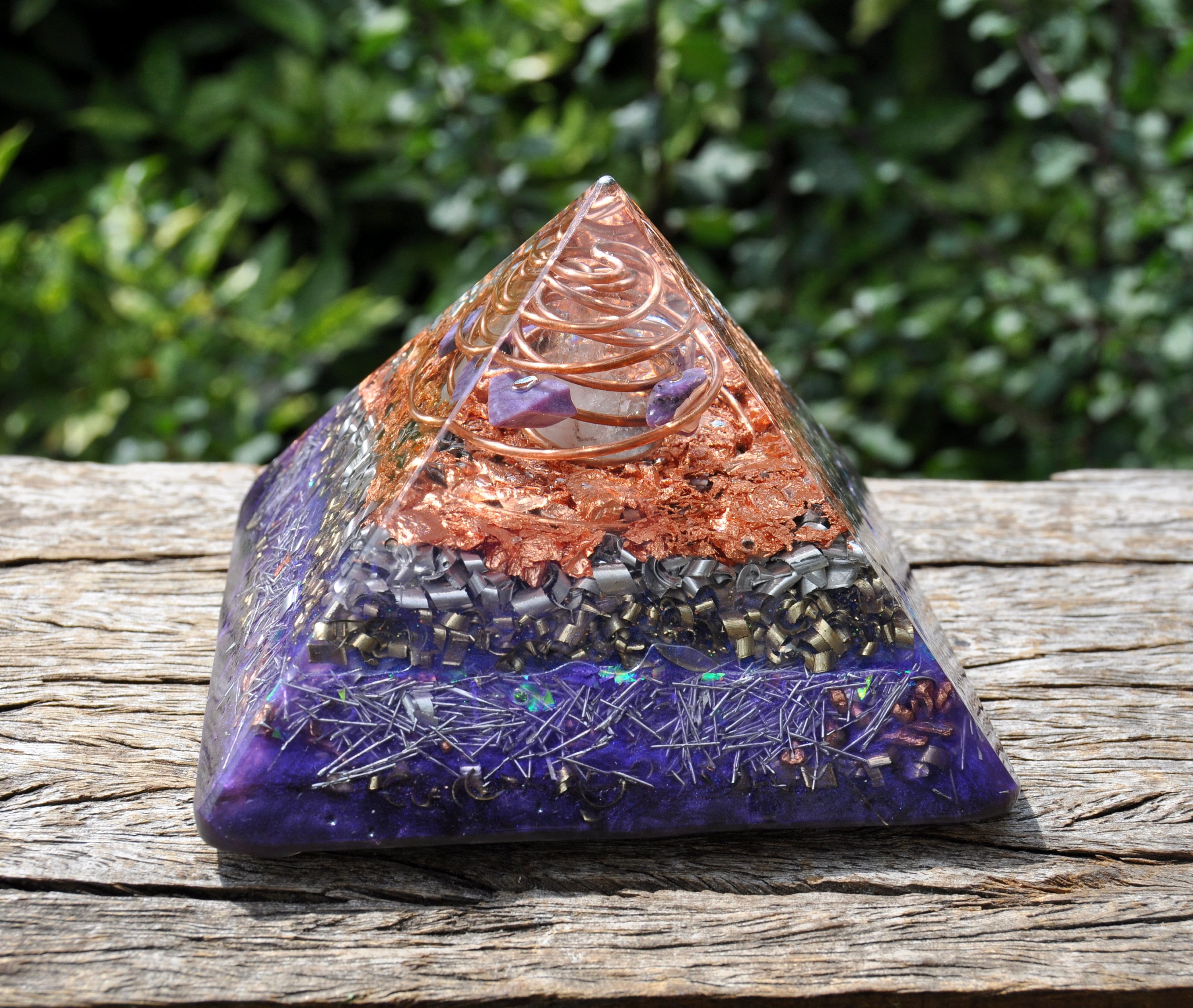 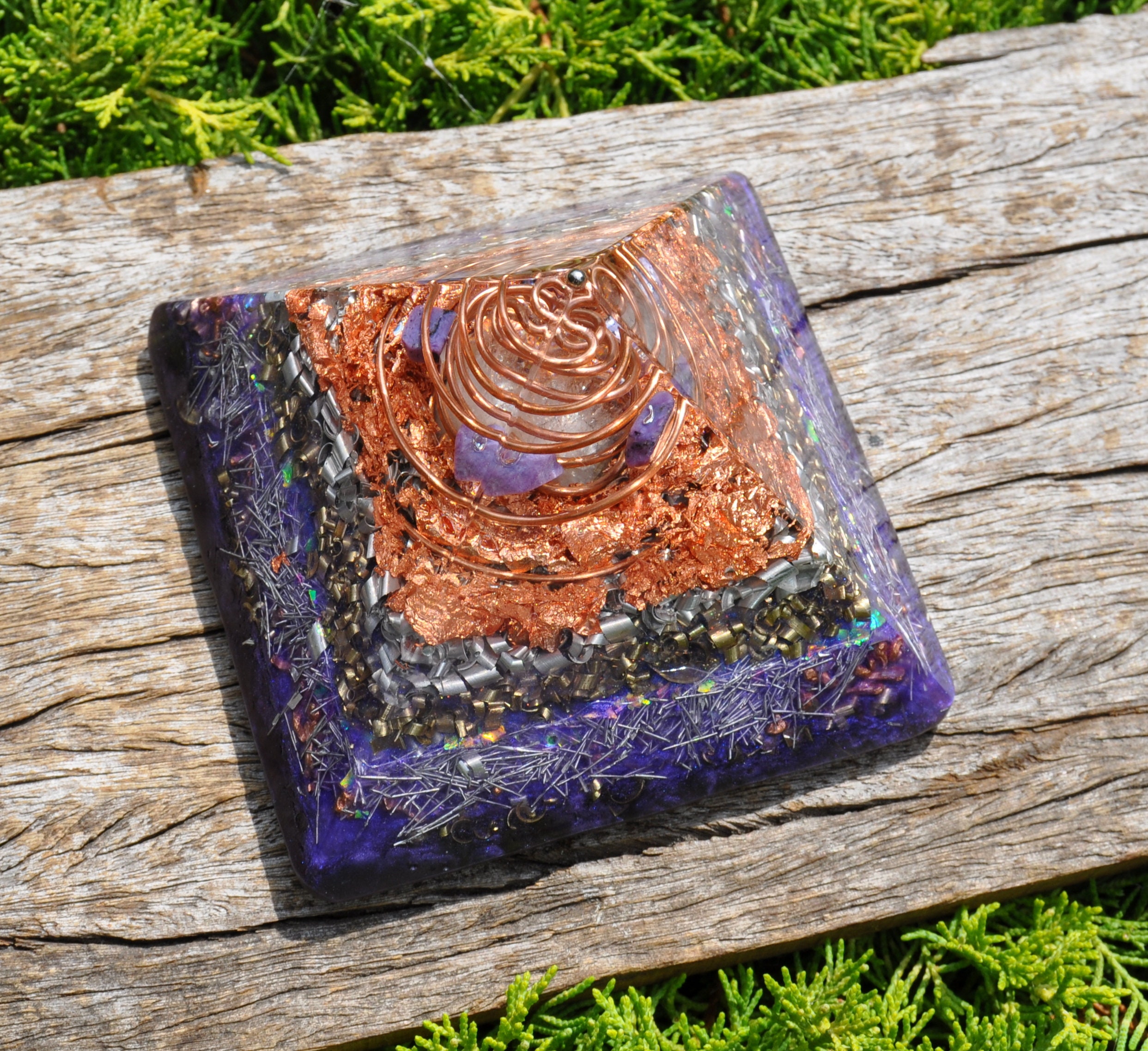 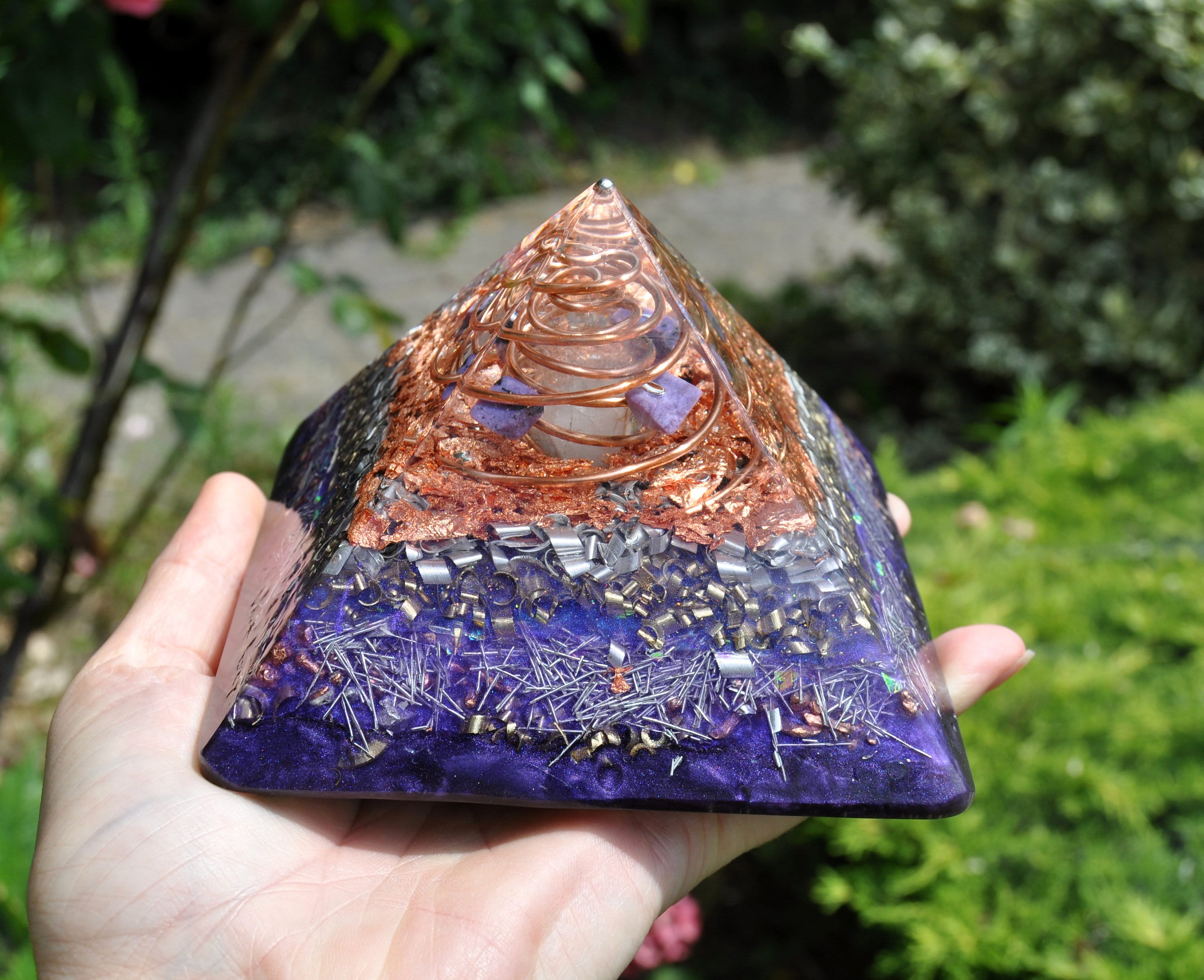 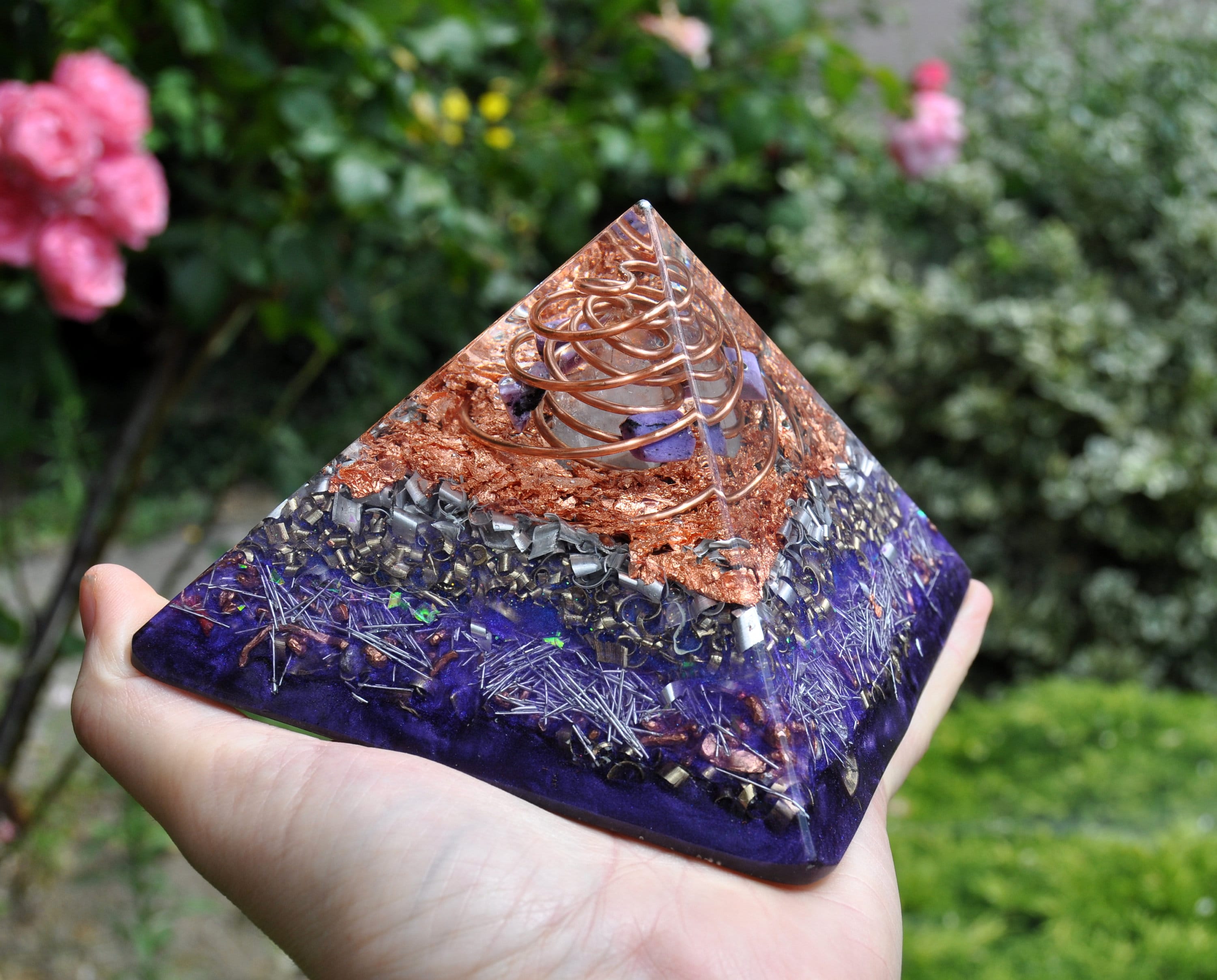 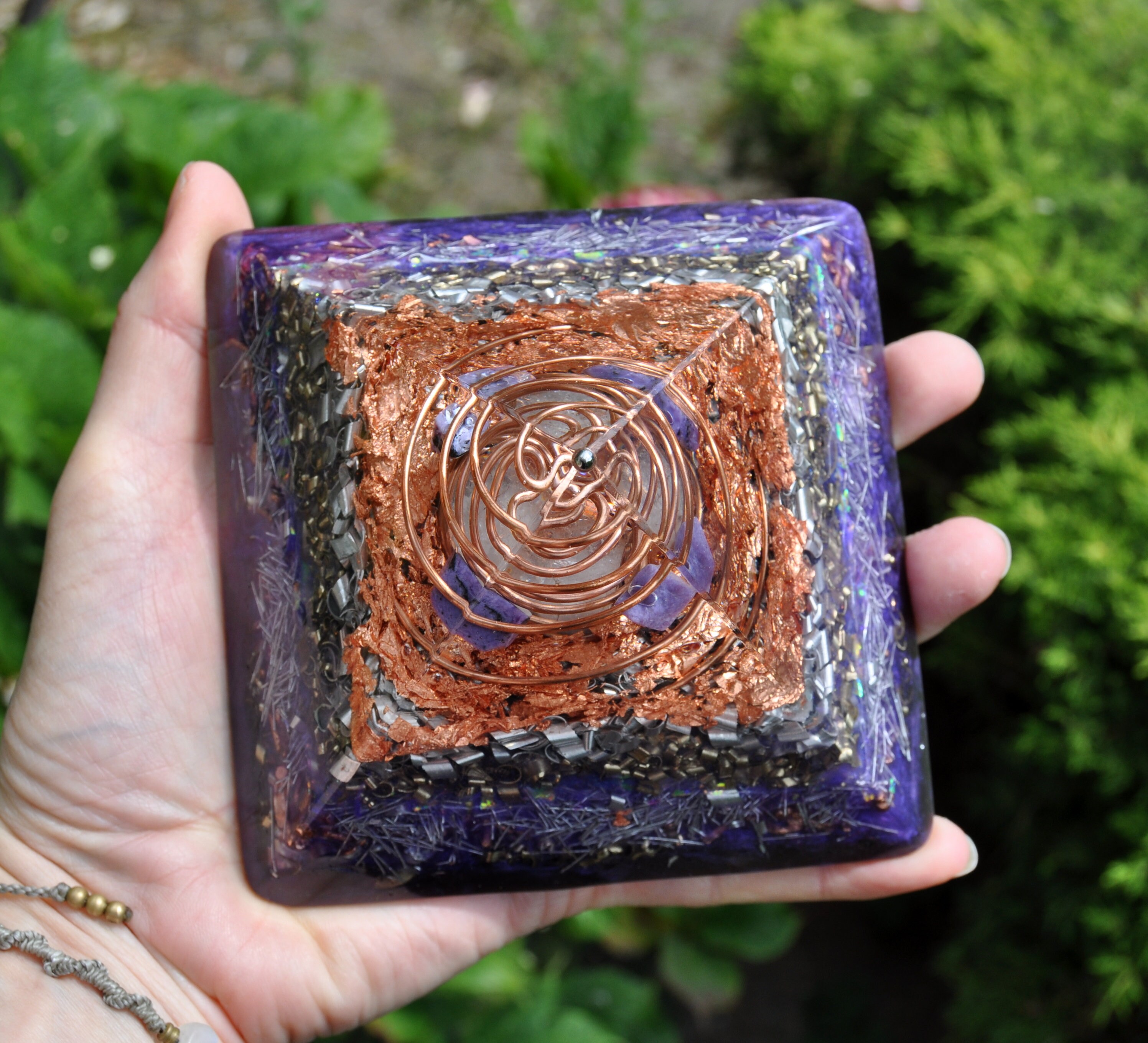 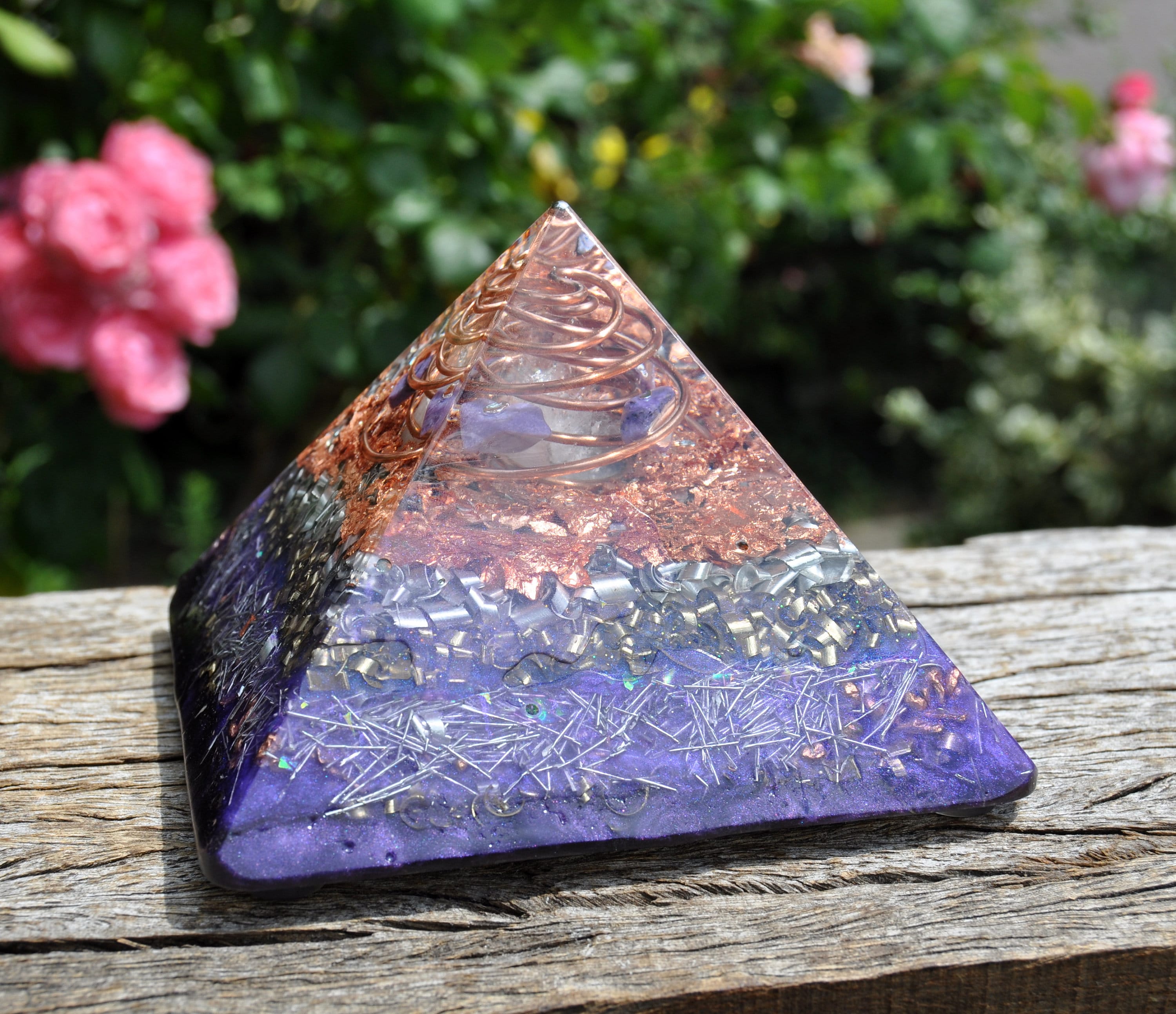 This is a unique Orgonite® pyramid with the original shape of the actual Giza pyramid in Egypt. It has a natural terminated clear quartz crystal in the middle. This crystal is entwined with a double pure copper SBB coil which amplifies, moves and directs energy. The coil also considerably increases the power and range of the pyramid. It has one stainless steel ball in the top which makes the energy come out in a rounder wider shape instead of a beam.

In the top you can see raw pieces of authentic Charoite stones.

Weight is 688 grams / 24.27 ounces. It has the same proportions as the Original Giza Pyramid in Cheops Egypt.