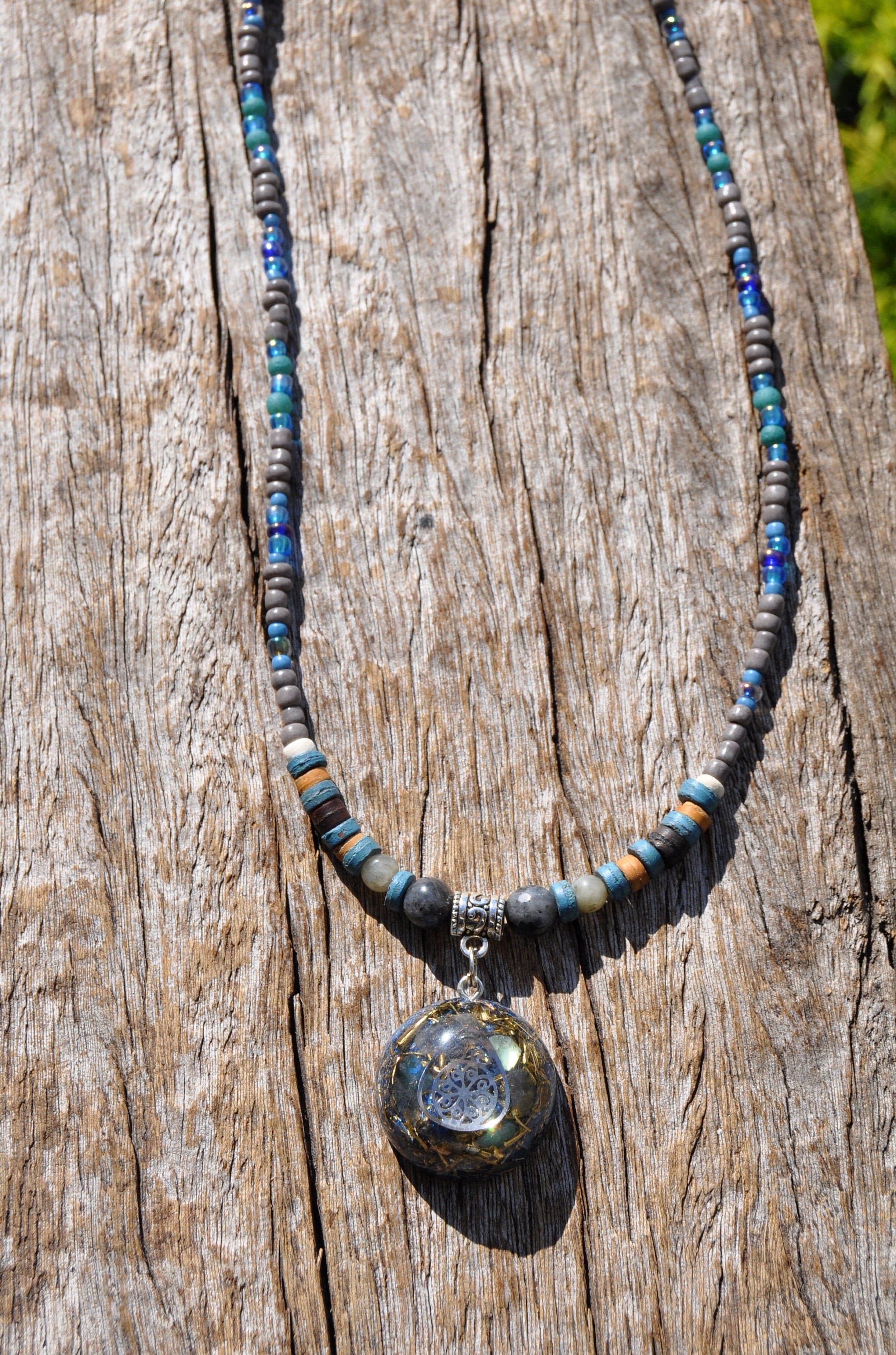 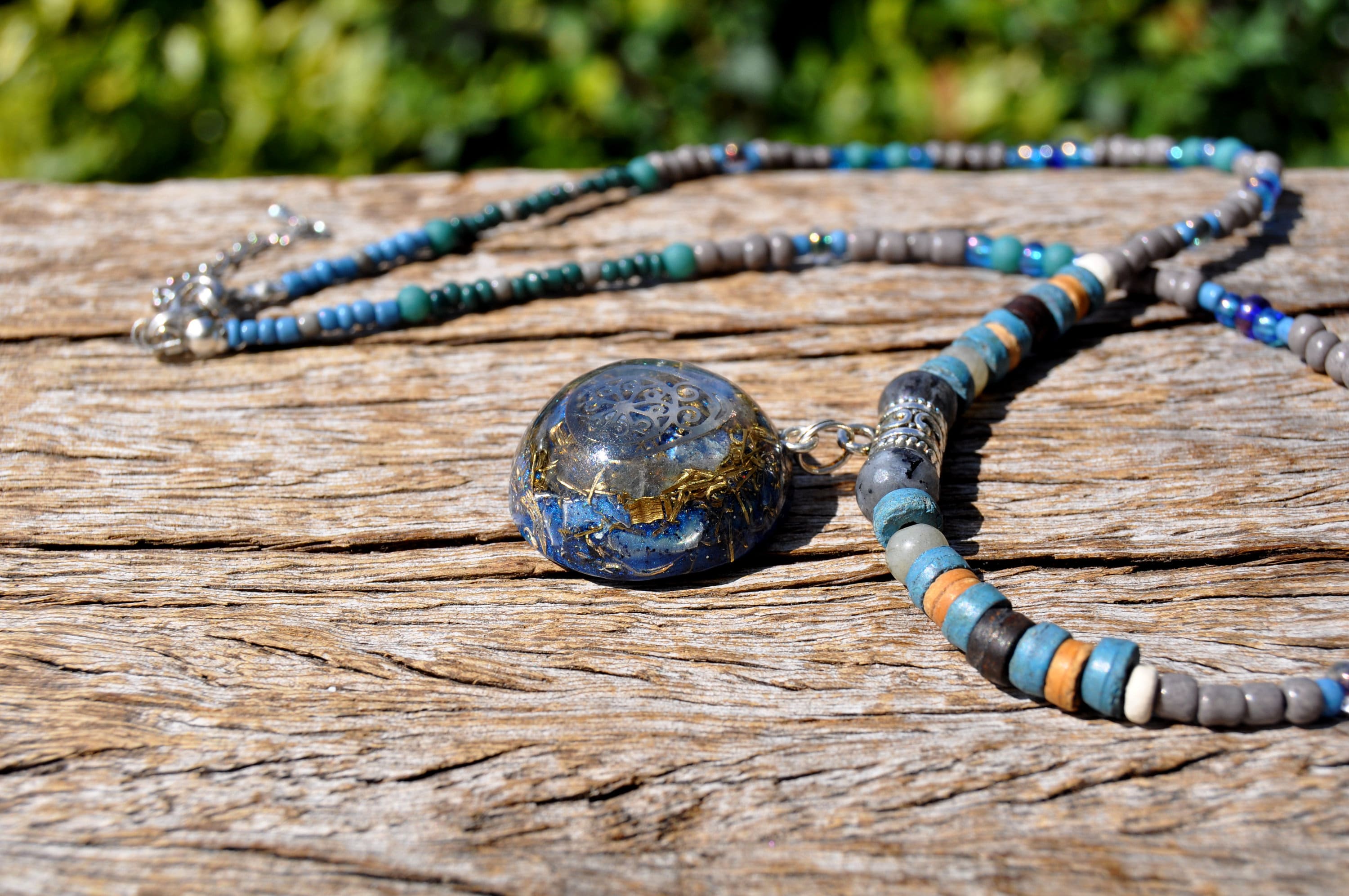 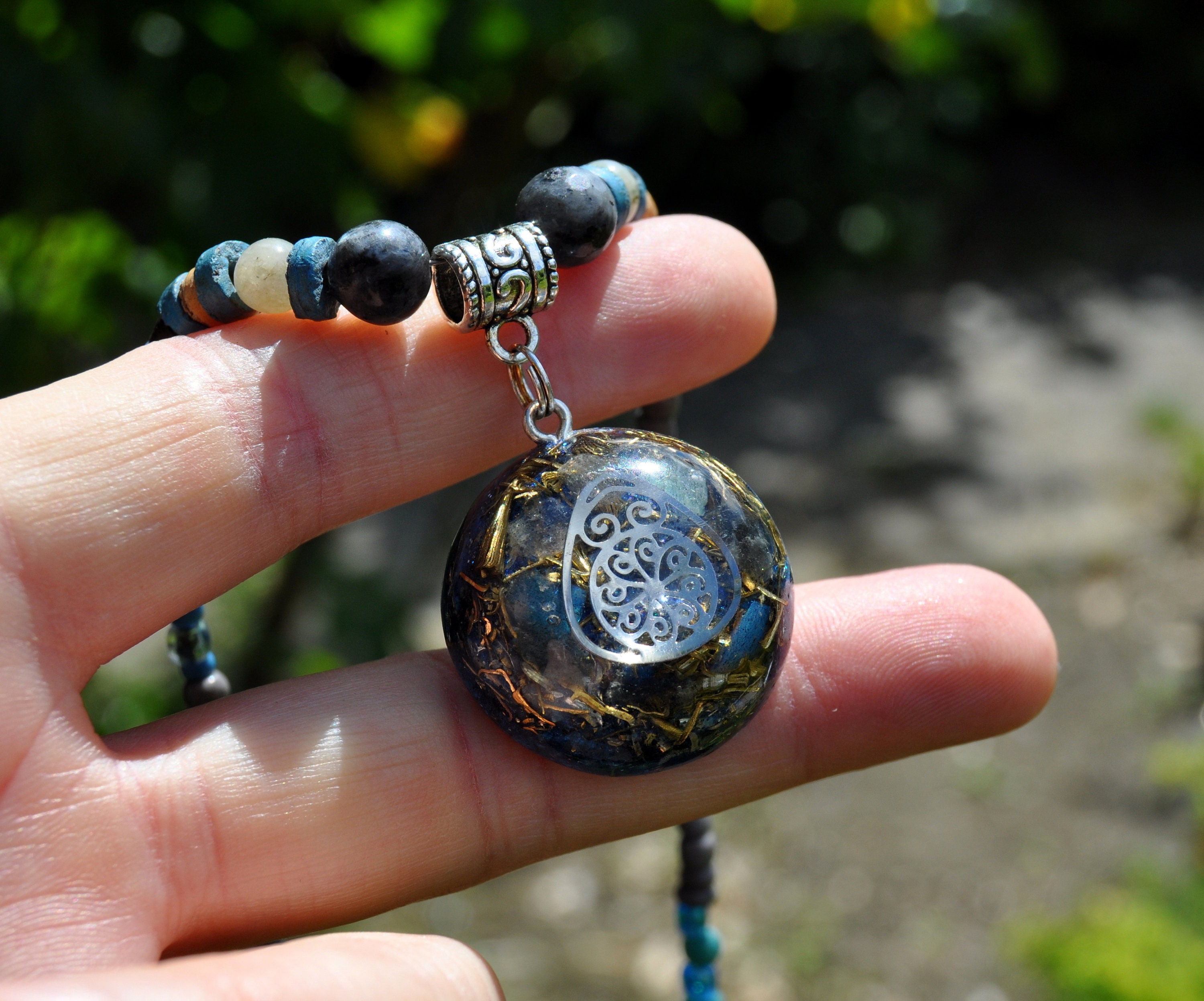 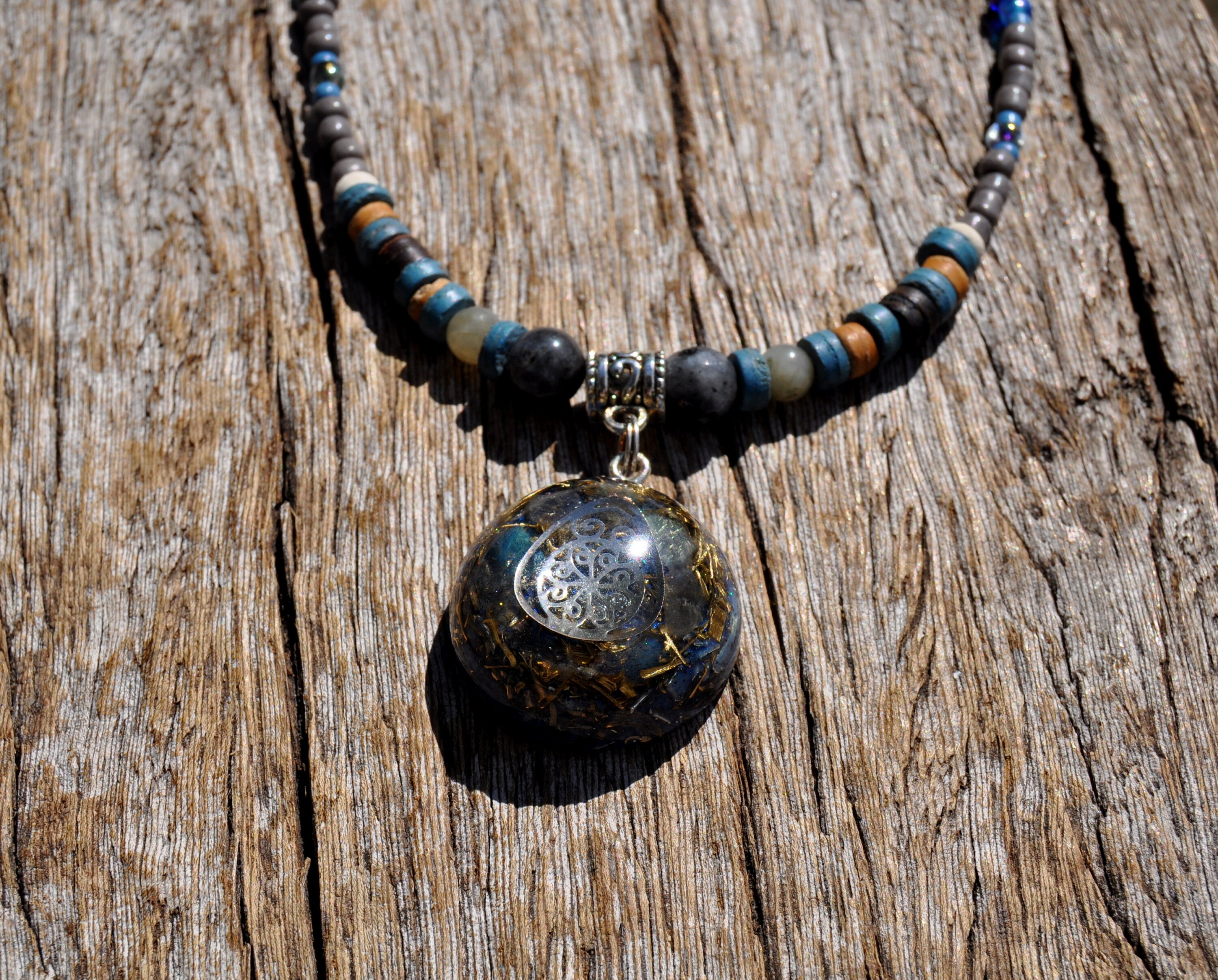 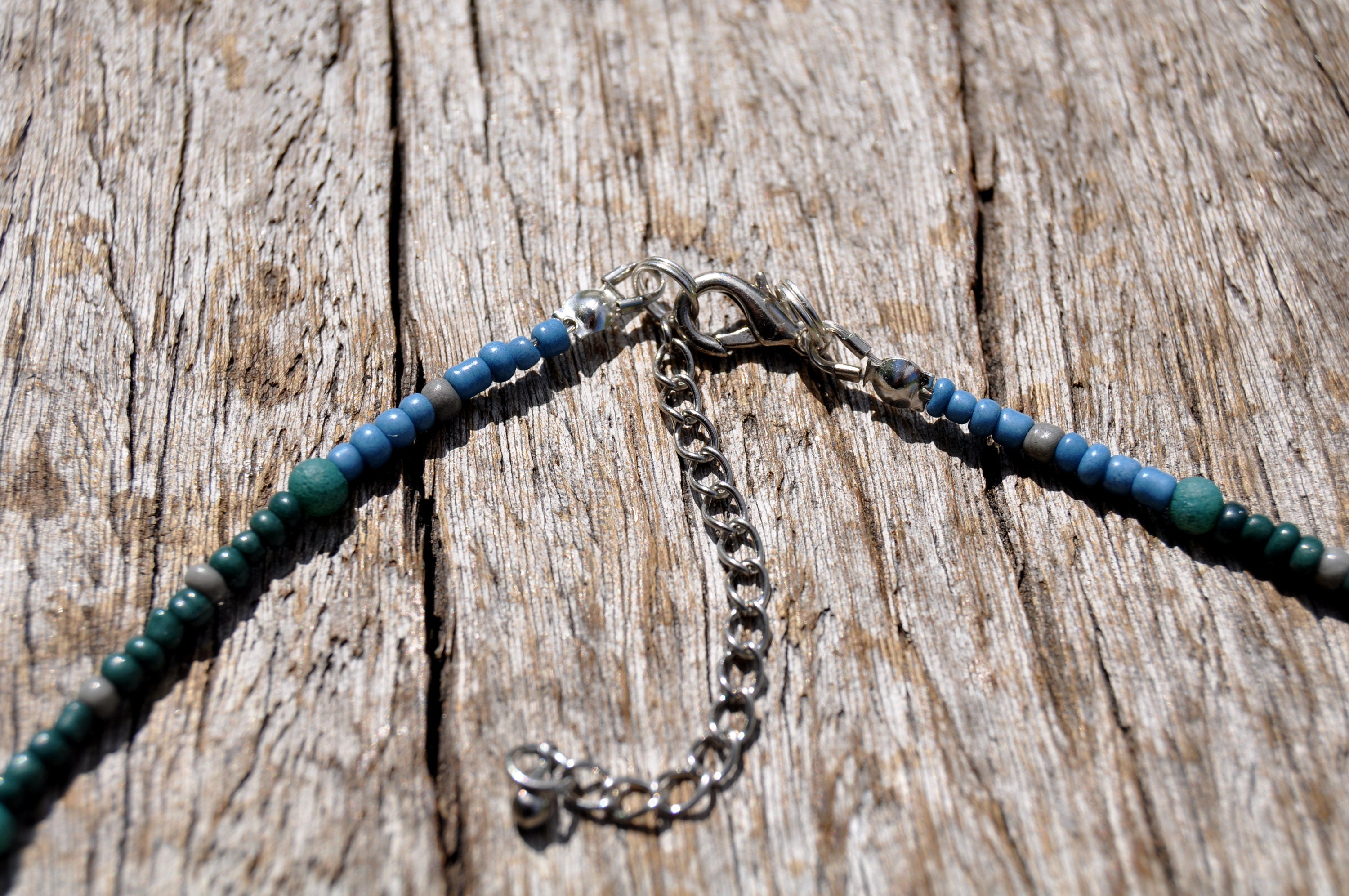 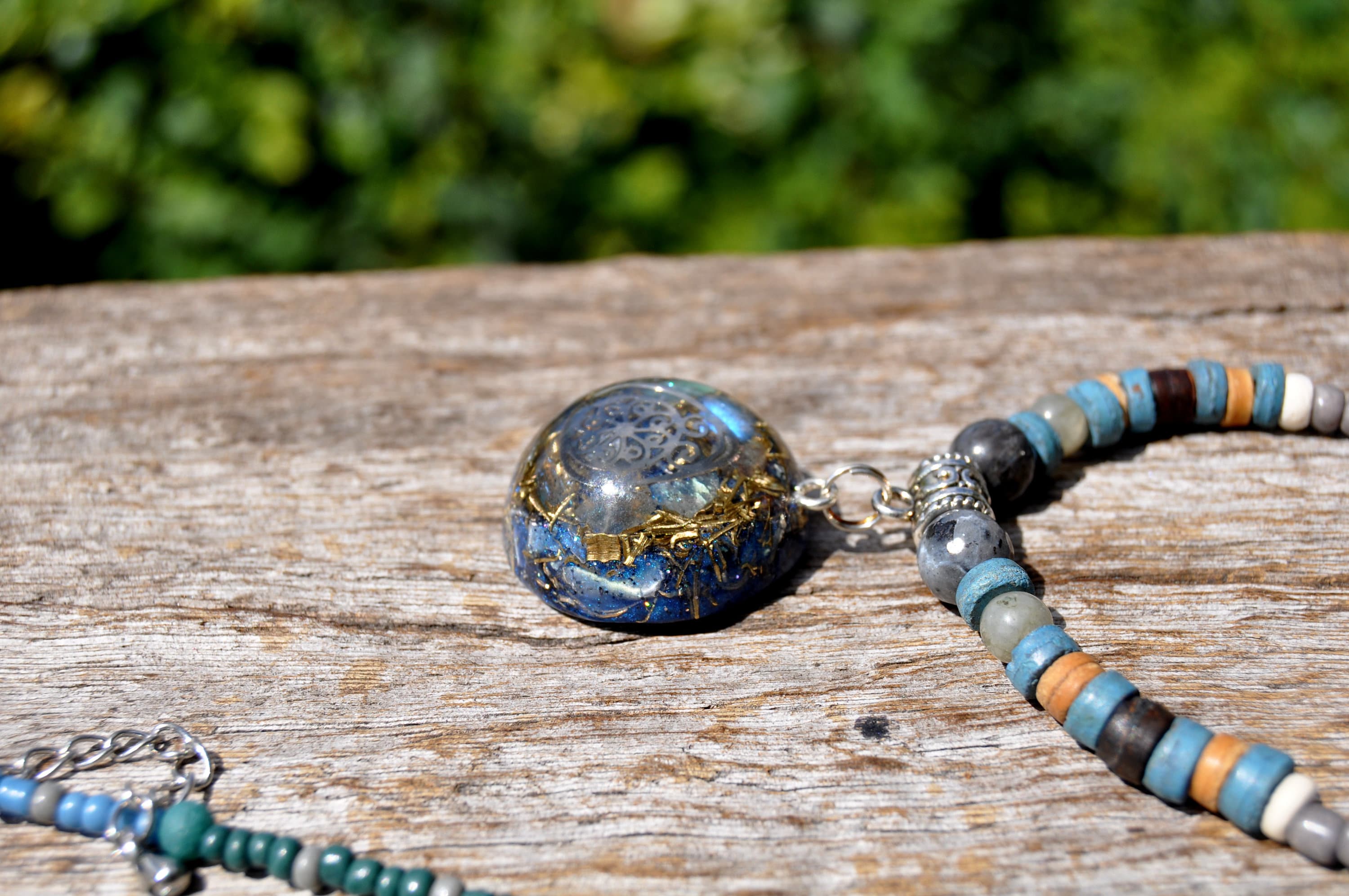 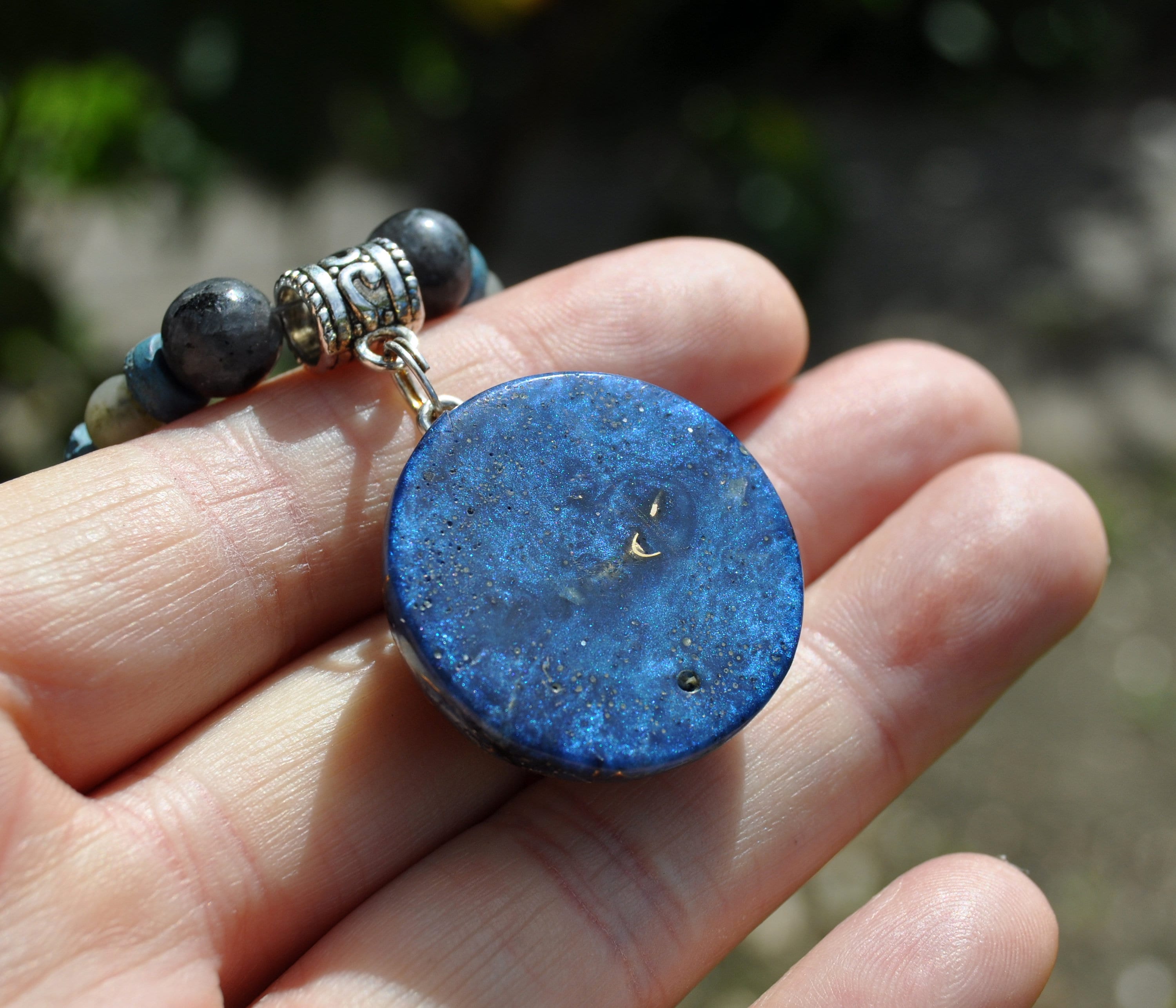 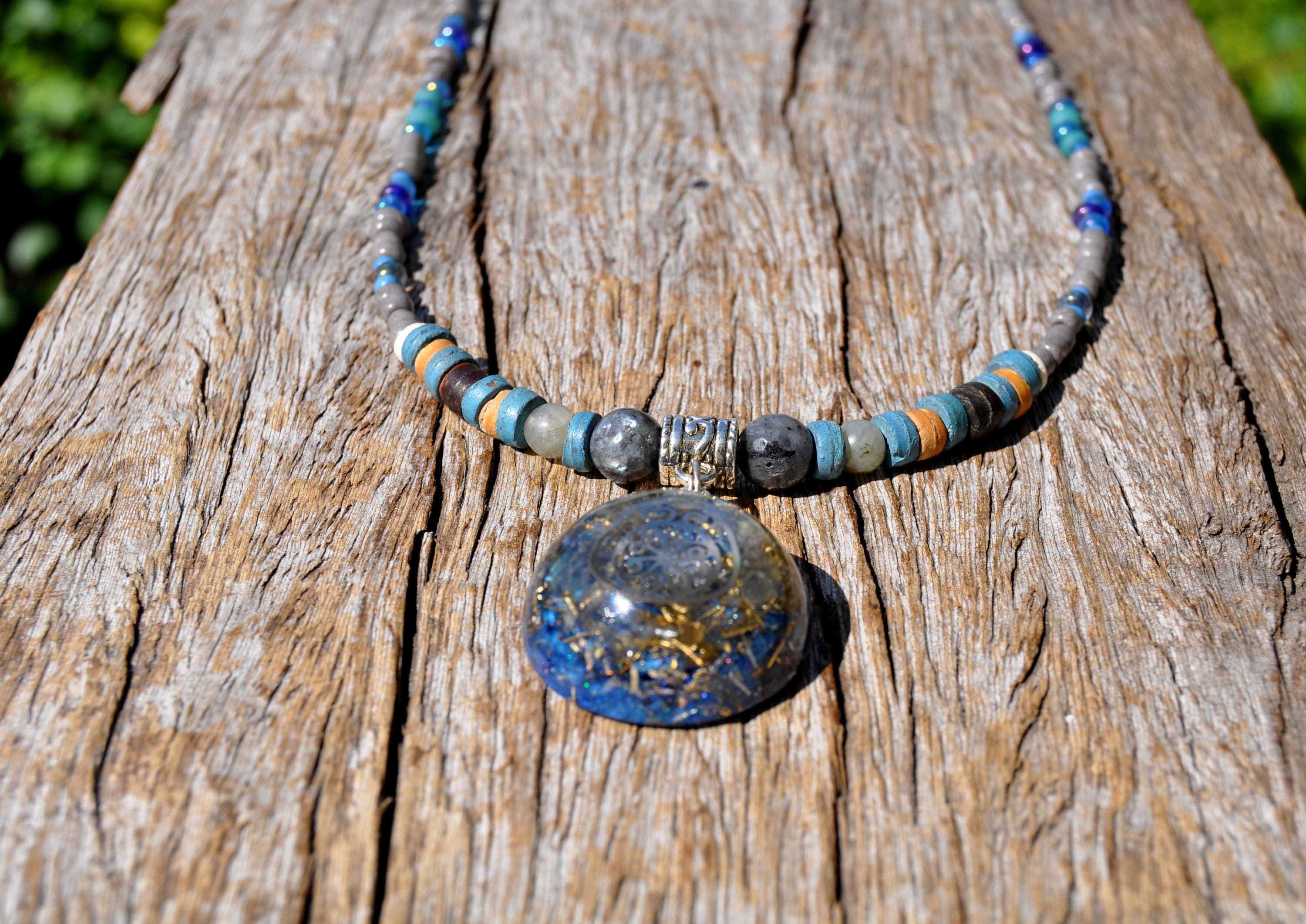 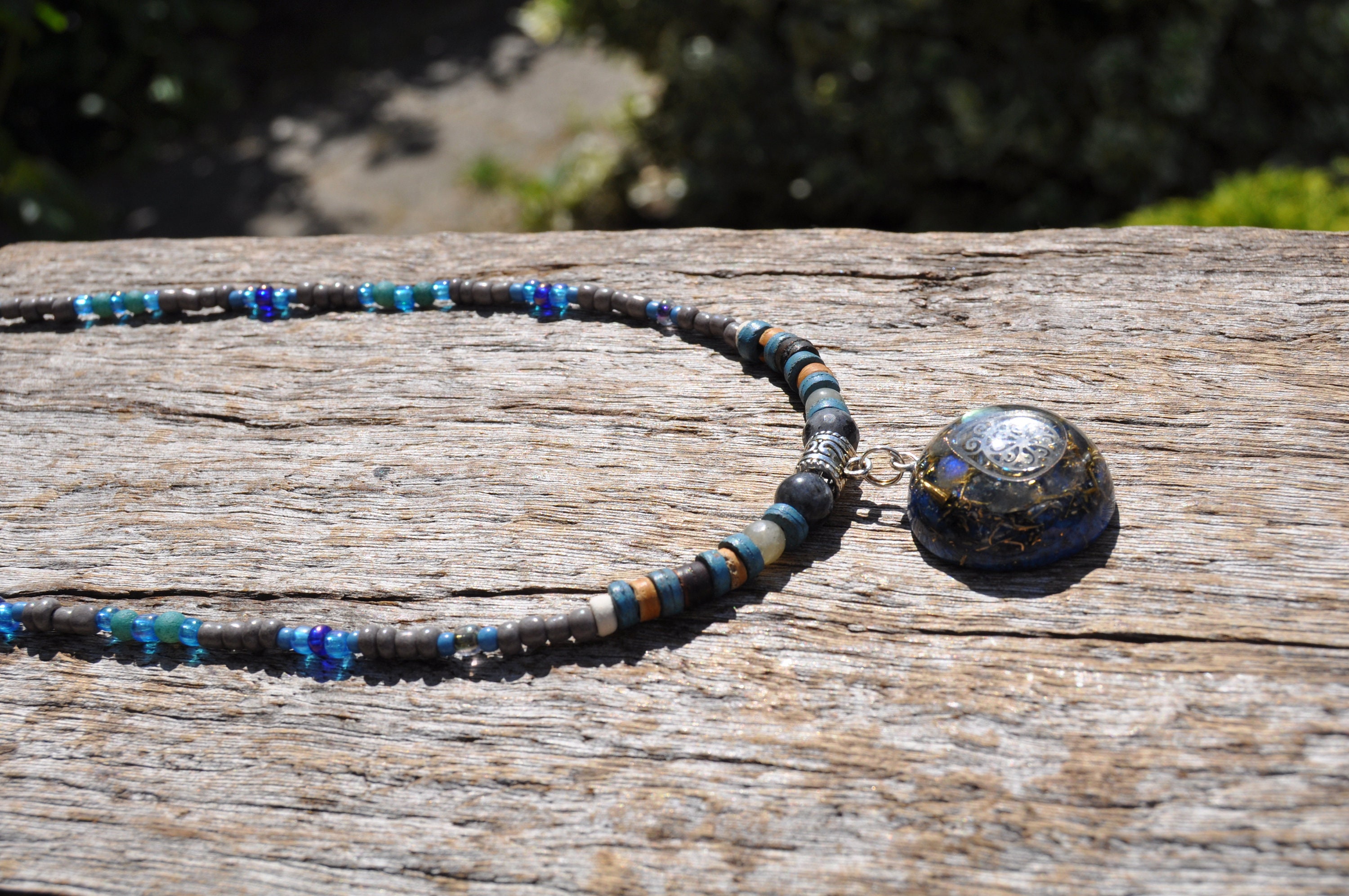 You will get the necklace as shown in the pictures.

This lovely 2.7 cm / 1.1" in diameter orgone pendant contains brass, aluminum and copper shavings. The main stone is Labradorite in the front. It furthermore contains Pyrite (to enhance), Rhodizite (to amplify), black Tourmaline (to ground and protect), Selenite (to charge and clean) and clear Quartz (for piezo electric effect) all within a durable polyester resin setting for optimal shrinkage/pressure on the quartz.

It comes on a beaded necklace. The necklace consists of glass, wood and two Larvikite beads. It closes with a lobster clasp.