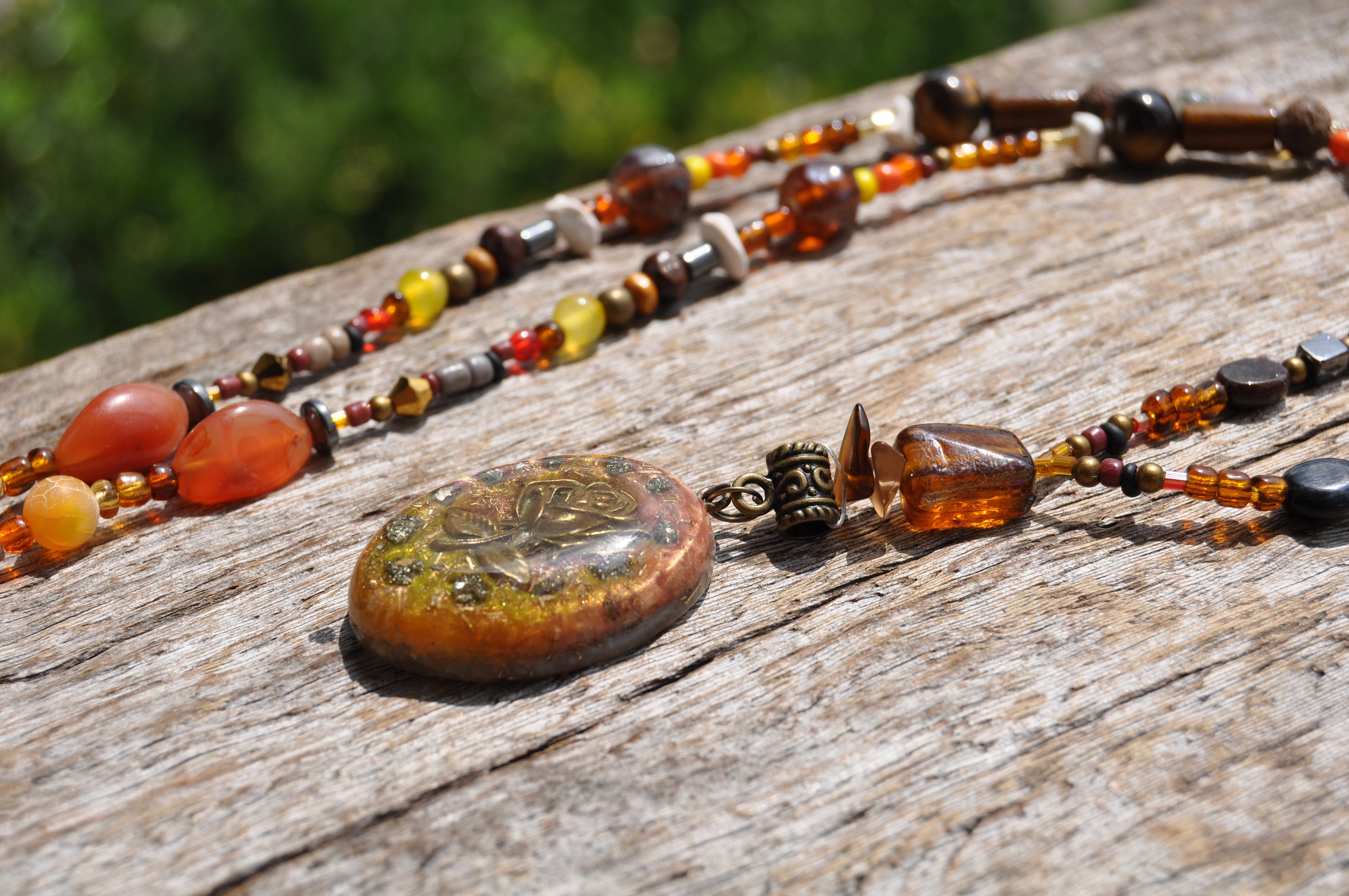 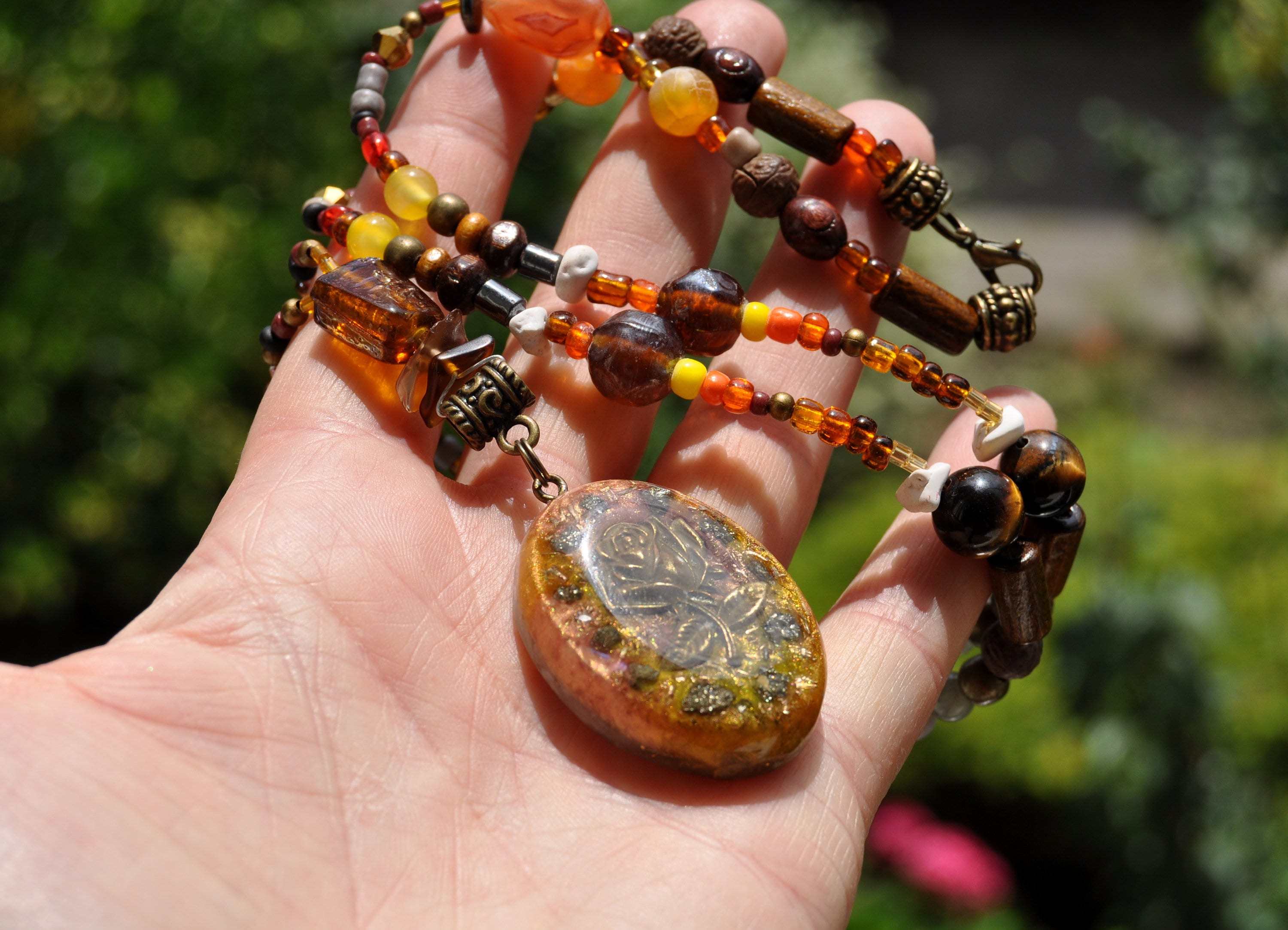 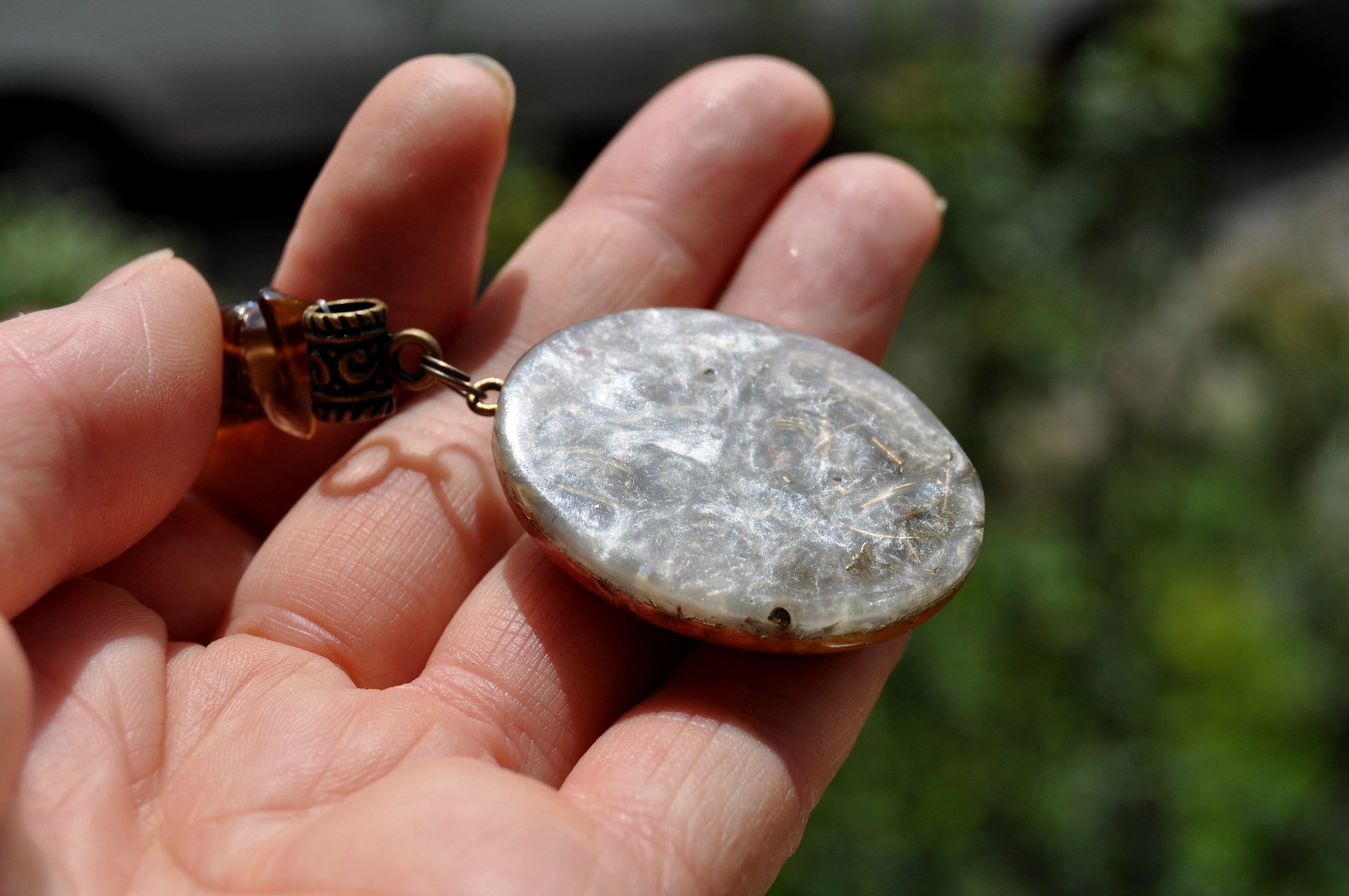 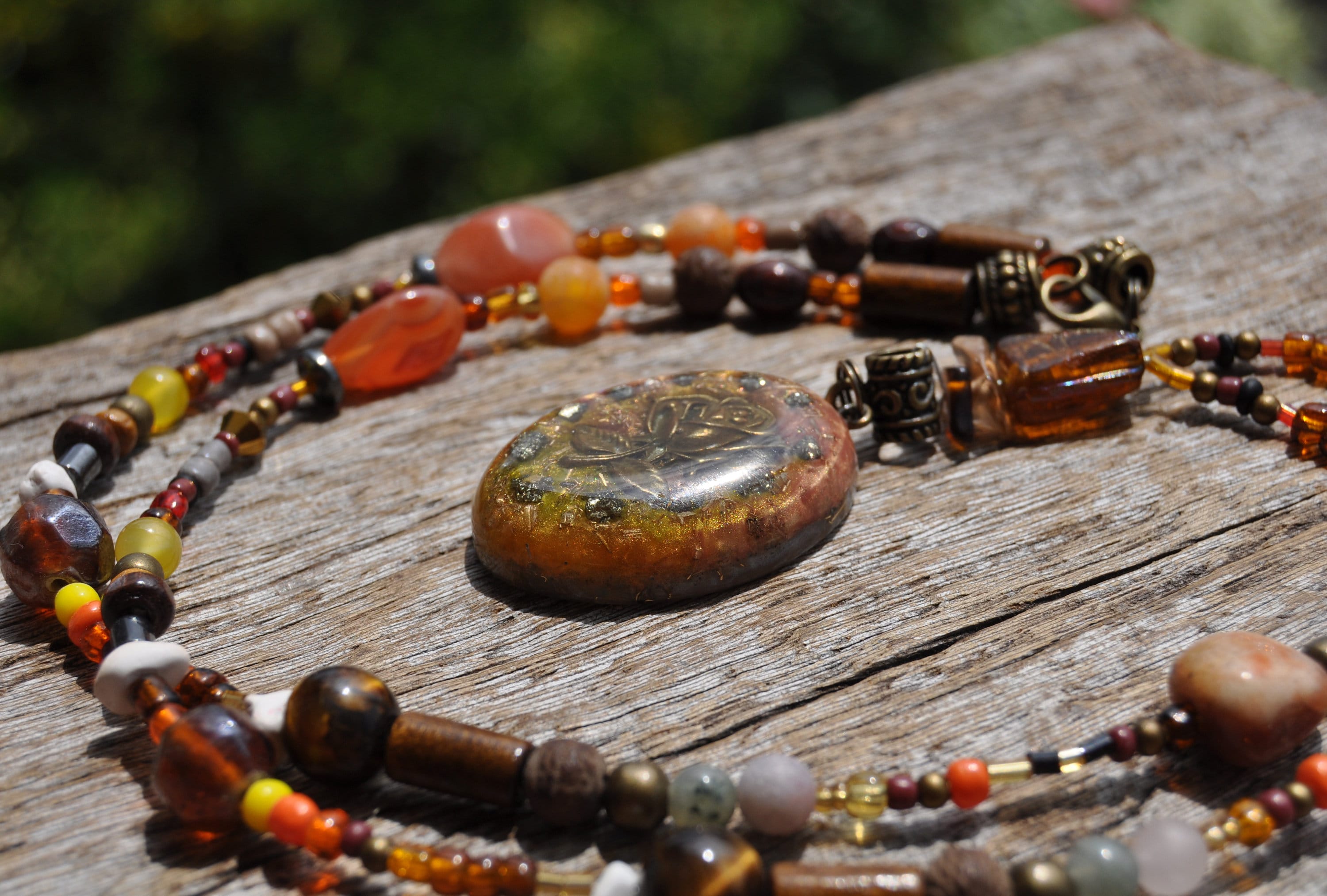 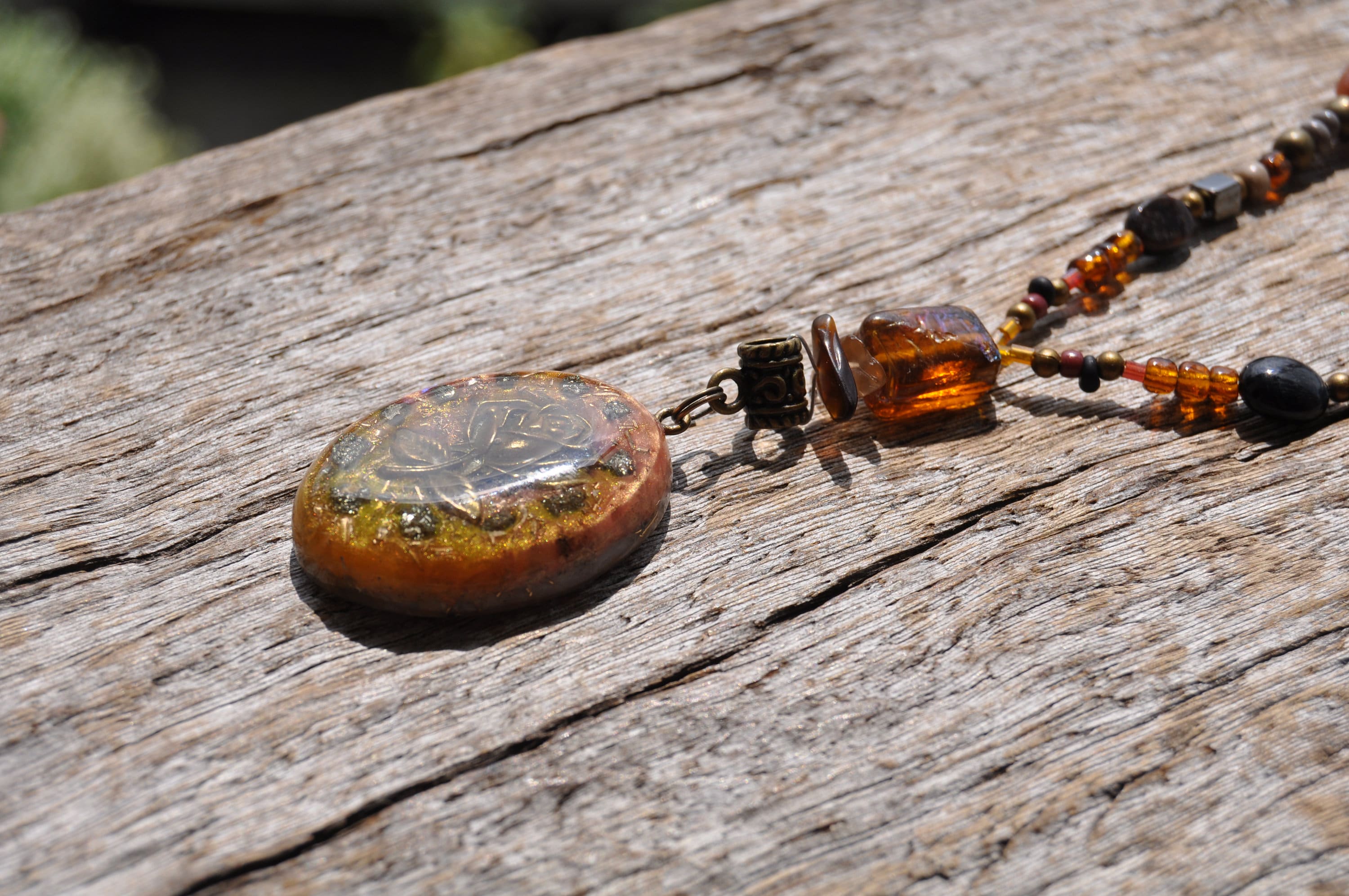 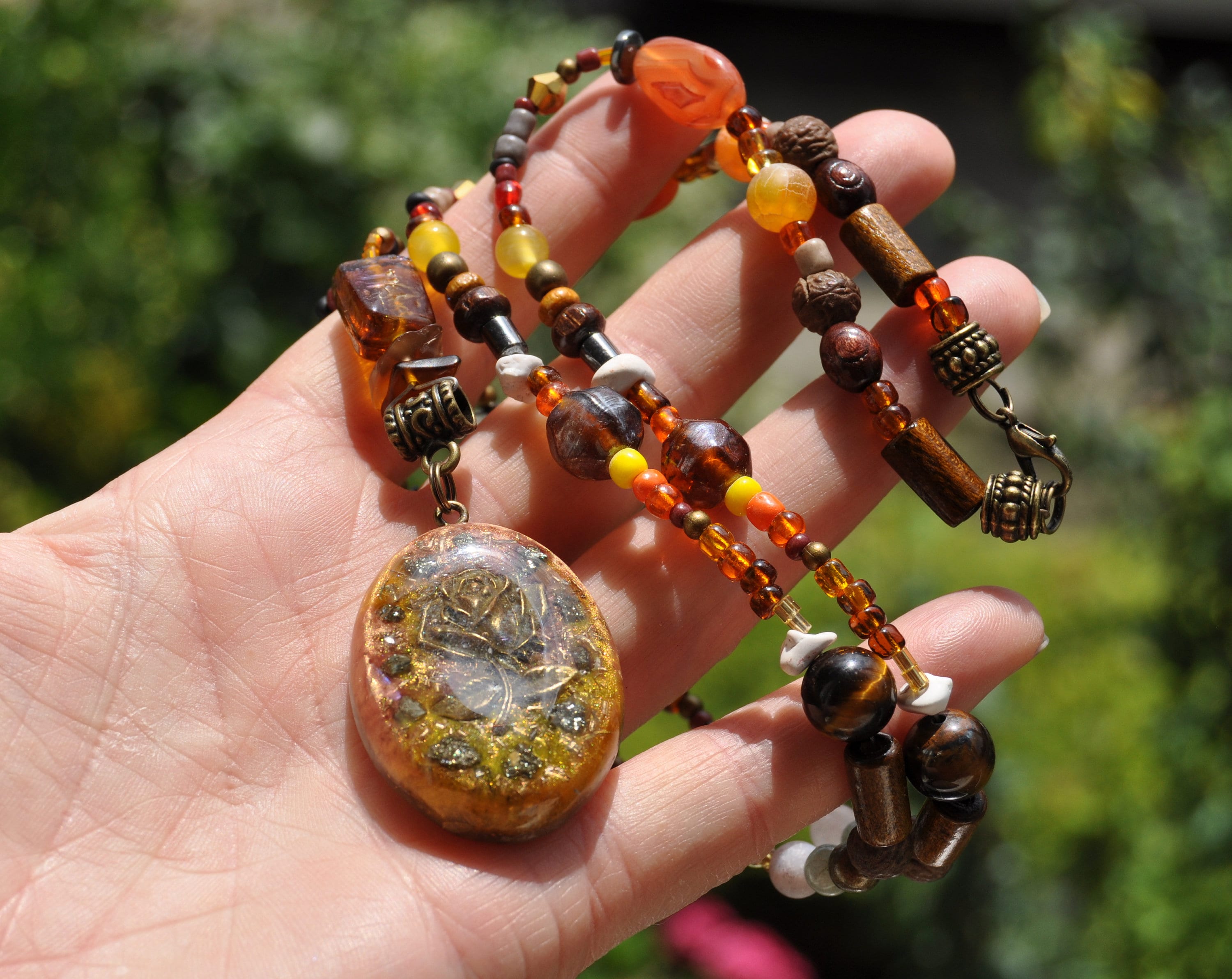 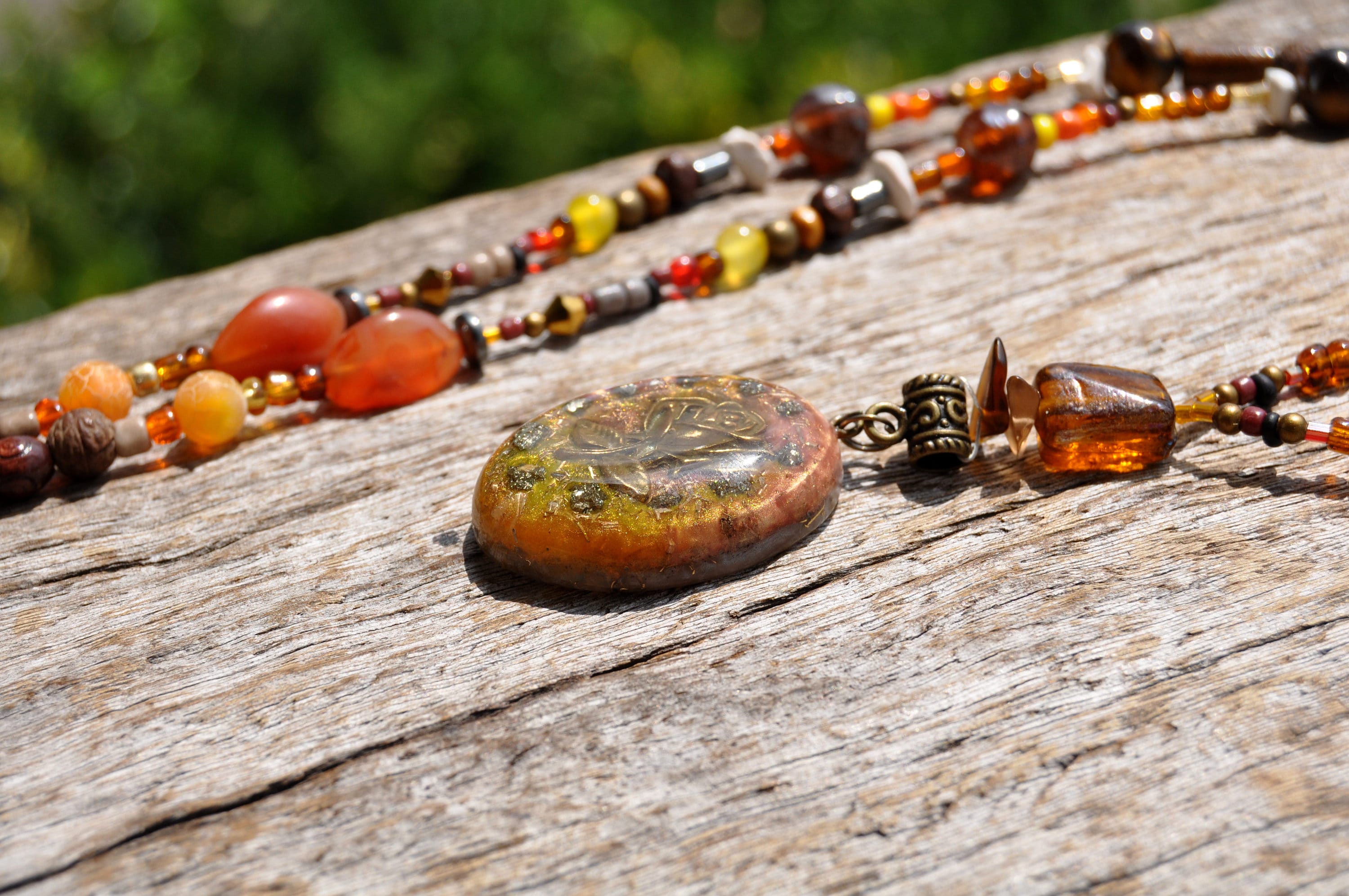 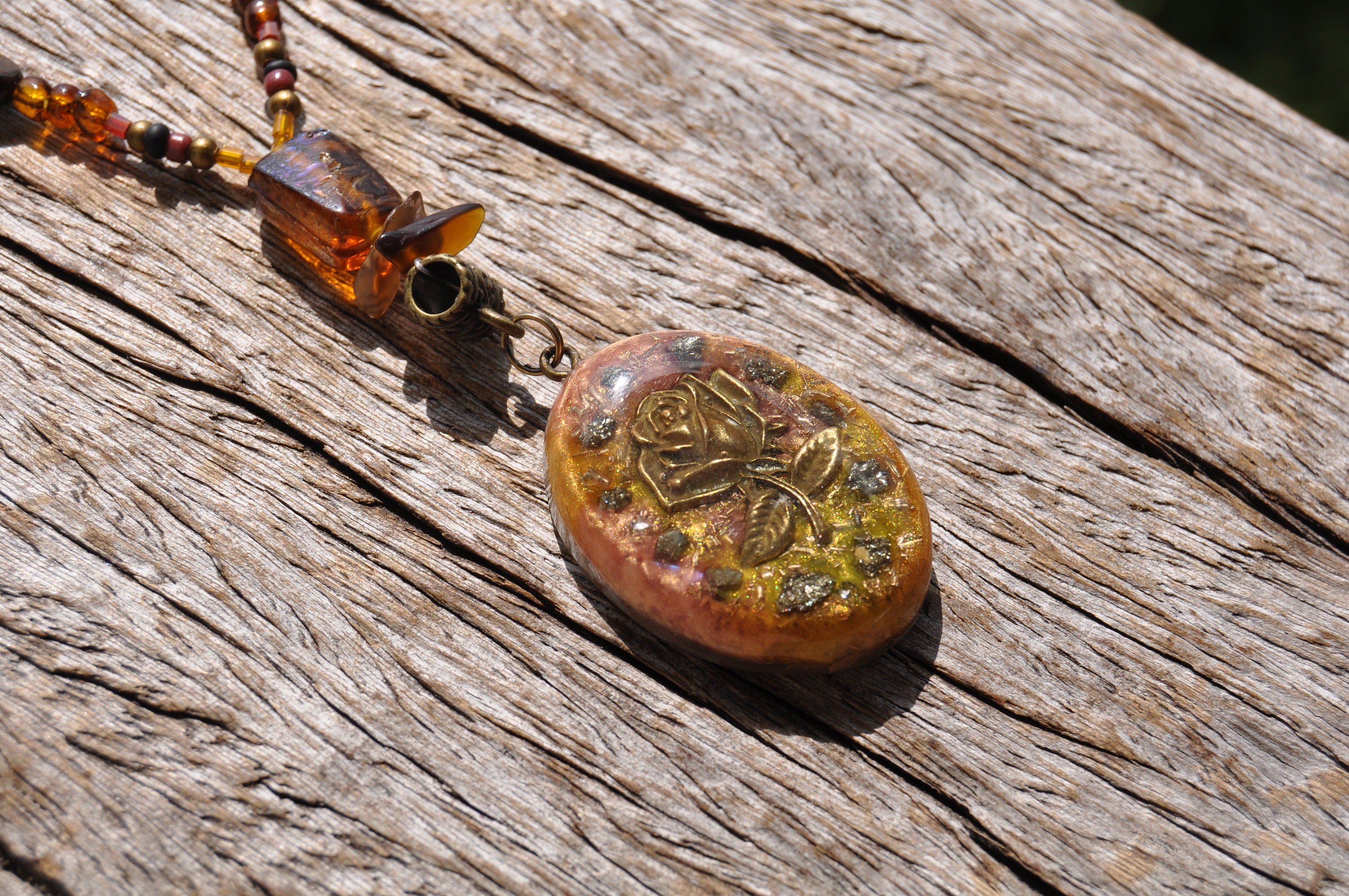 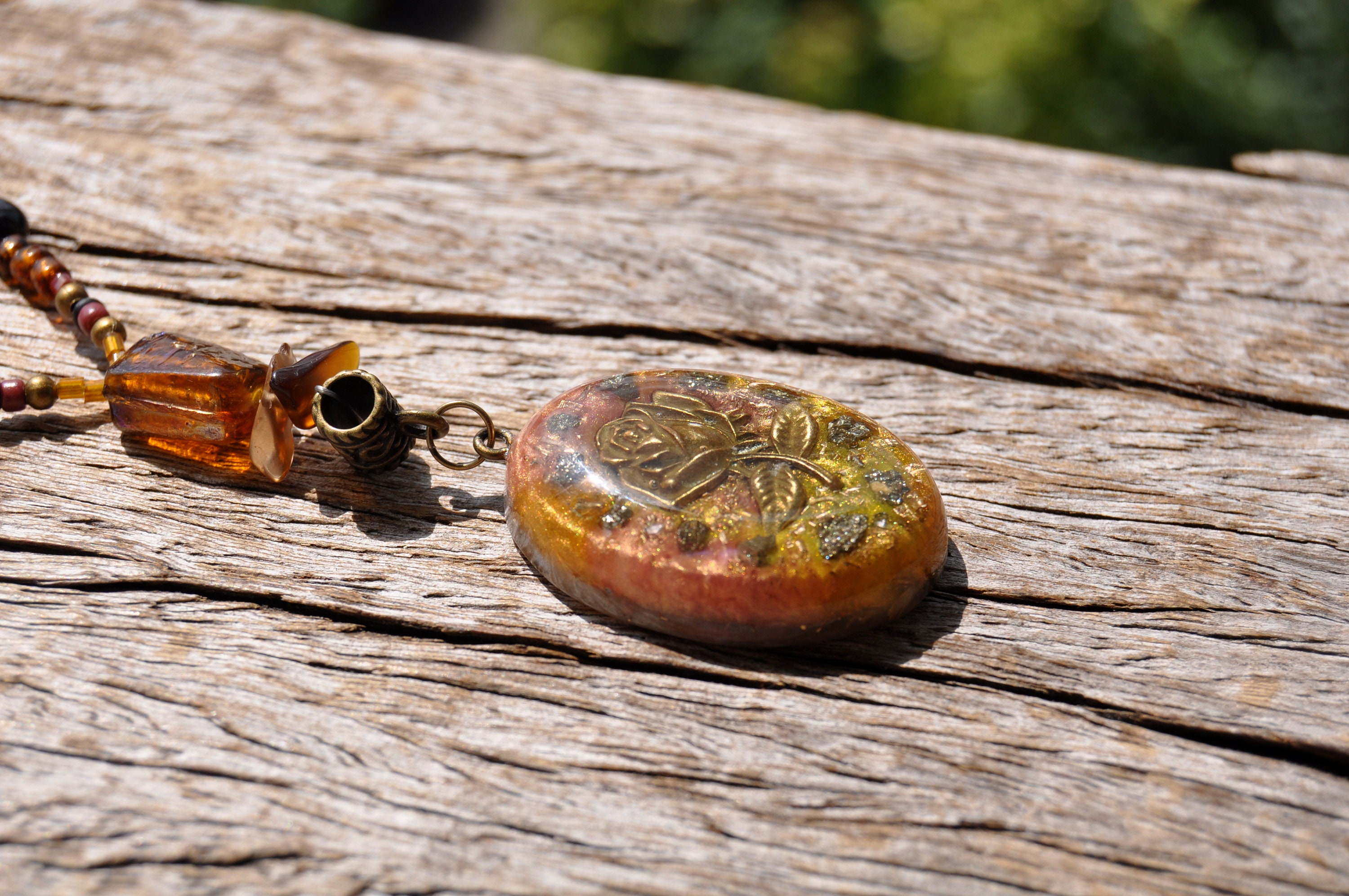 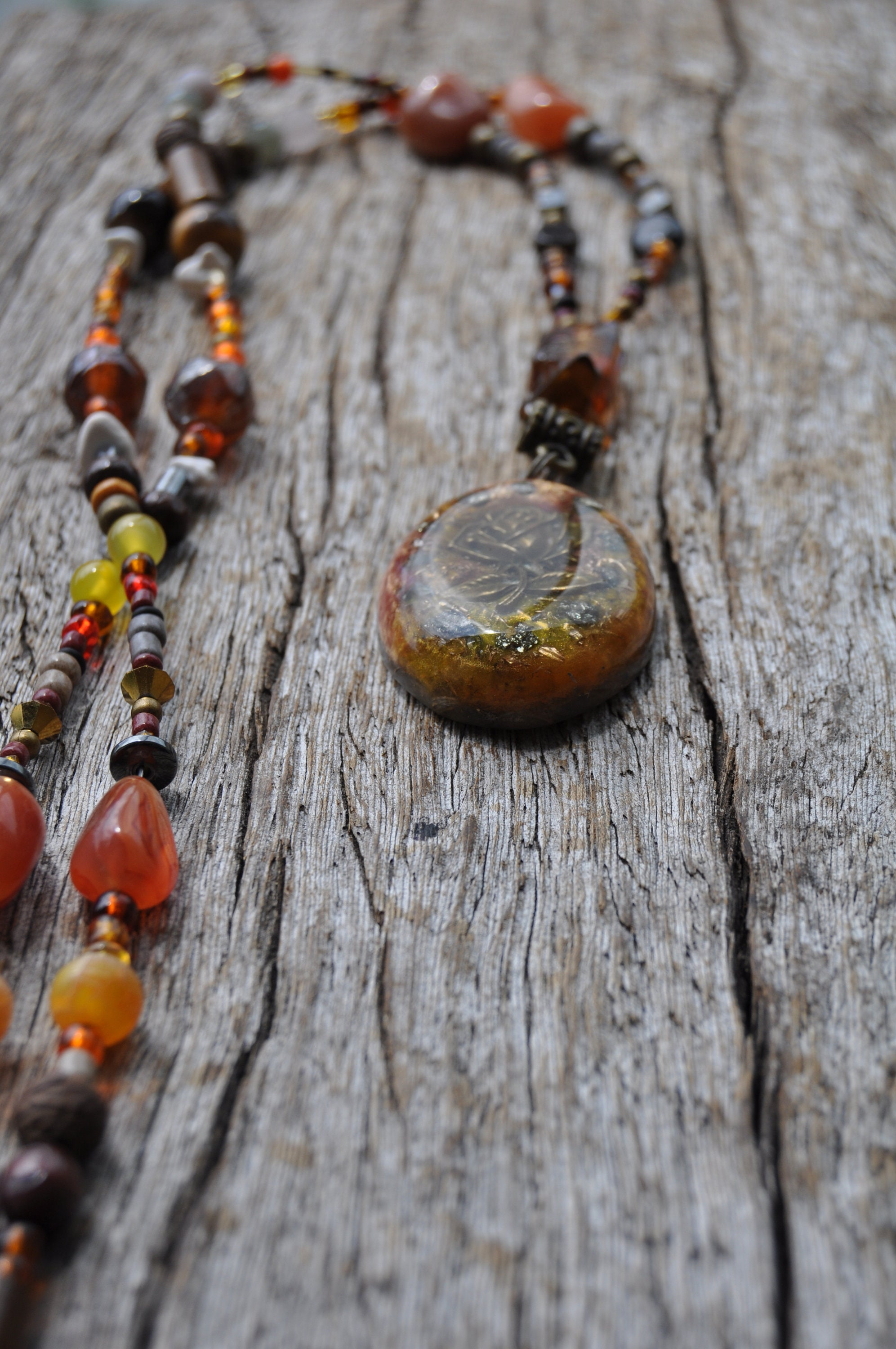 This multicolor Orgonite® pendant features a Rose in the front surround by raw Pyrite clusters. contains aluminium, bronzes copper and brass shavings. It furthermore consists of Elite Shungite (emf protection), black Tourmaline (grounds excess energy and protects), Rhodizite (to amplify the stones), Selenite (to charge and clean the stones) and clear Quartz (for piezo electric effect) all within a durable resin setting.

It comes on 70 cm / 27.55 inches beaded necklace with lobster clasp closing. The necklace consists of mostly glass beads and natural stones such as Carnelian Agate, Tiger Eye and wood beads.