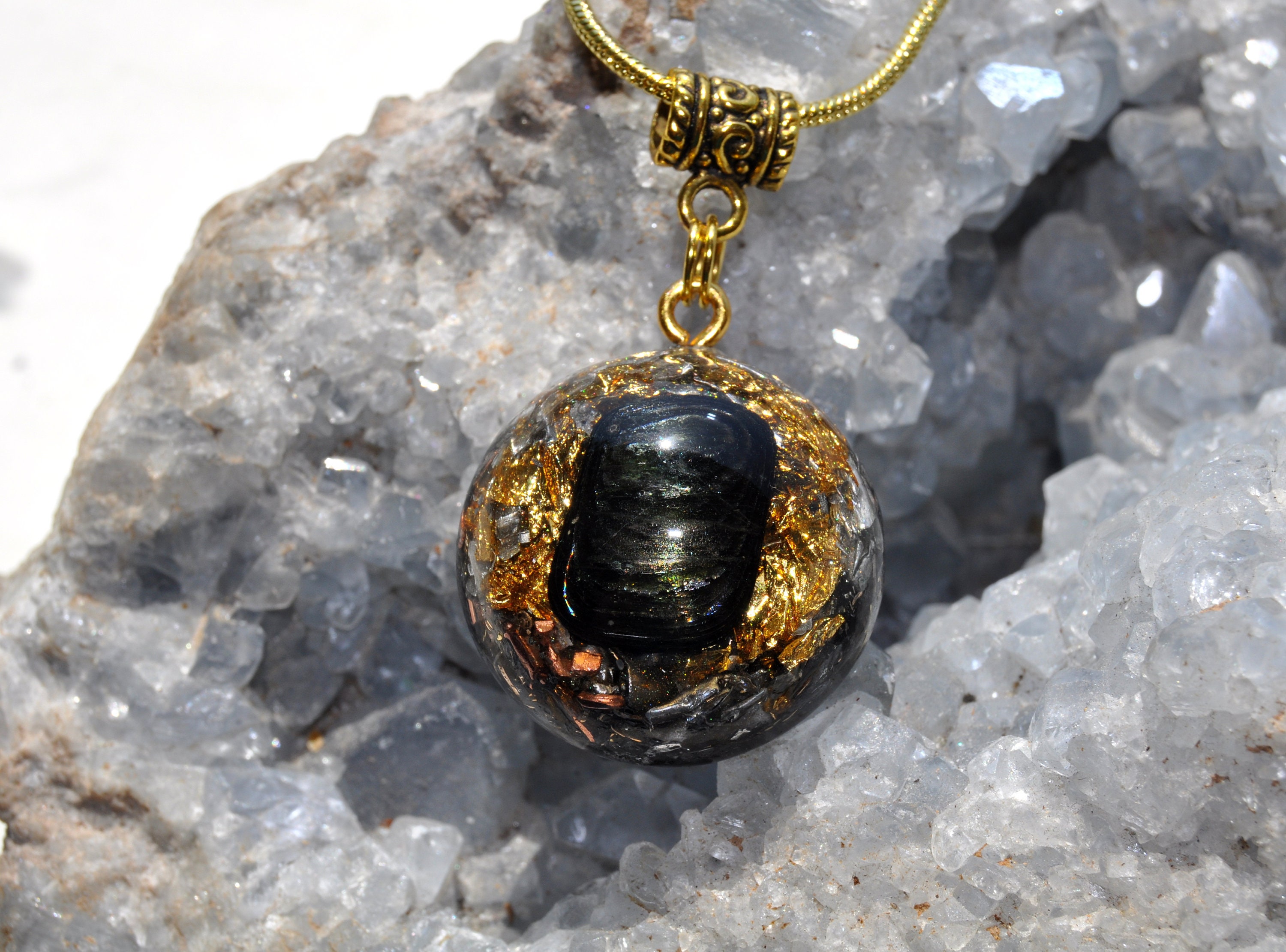 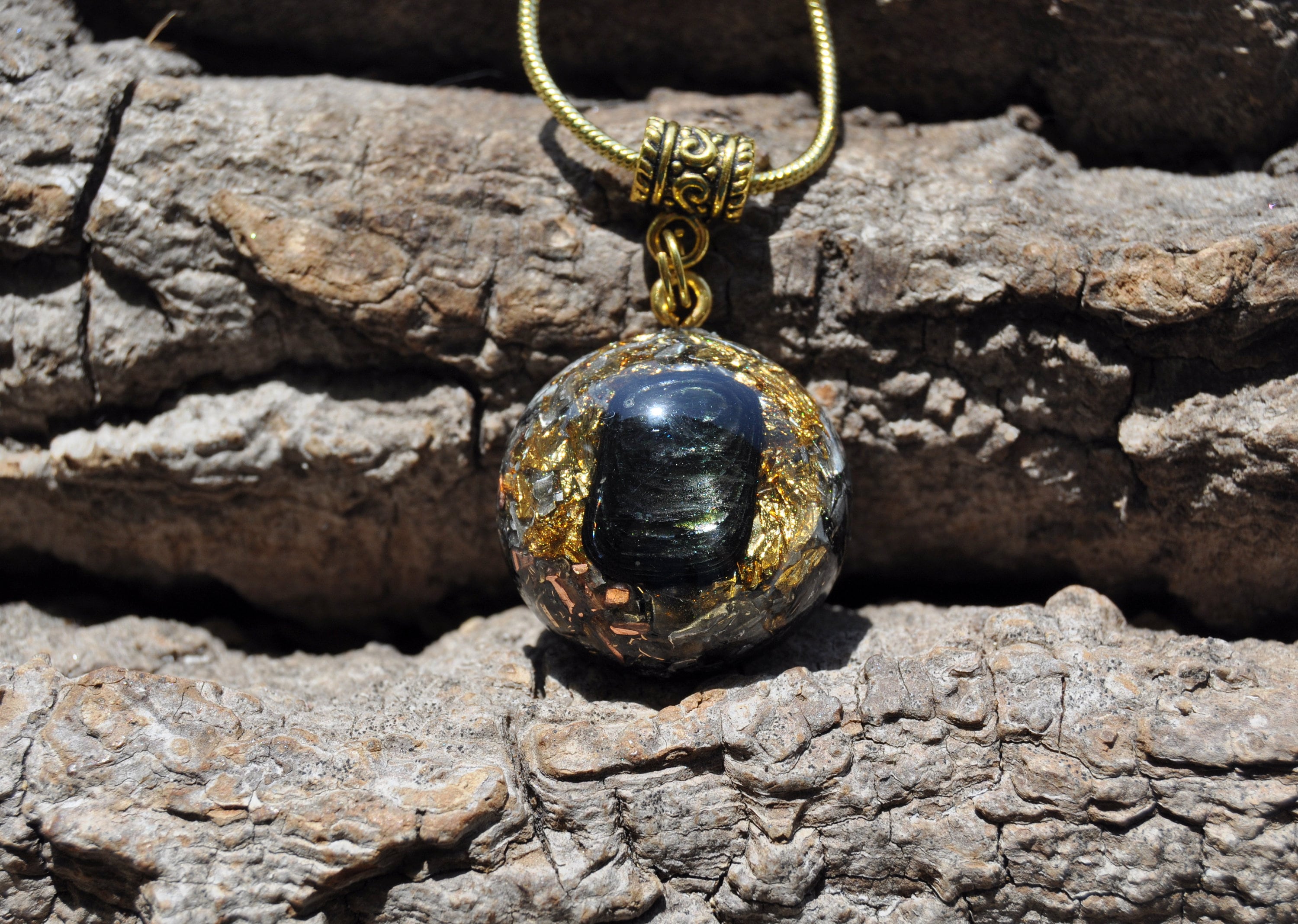 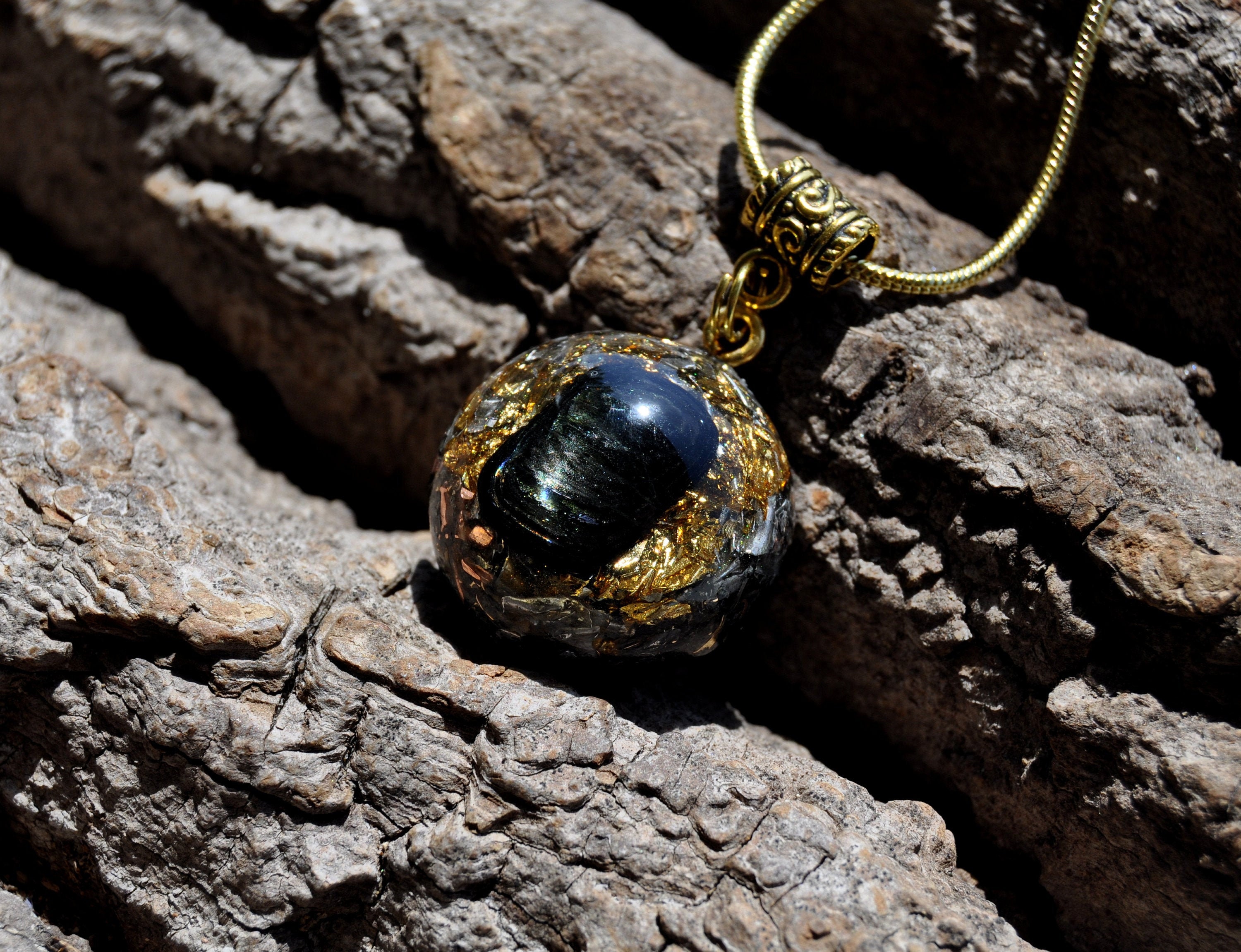 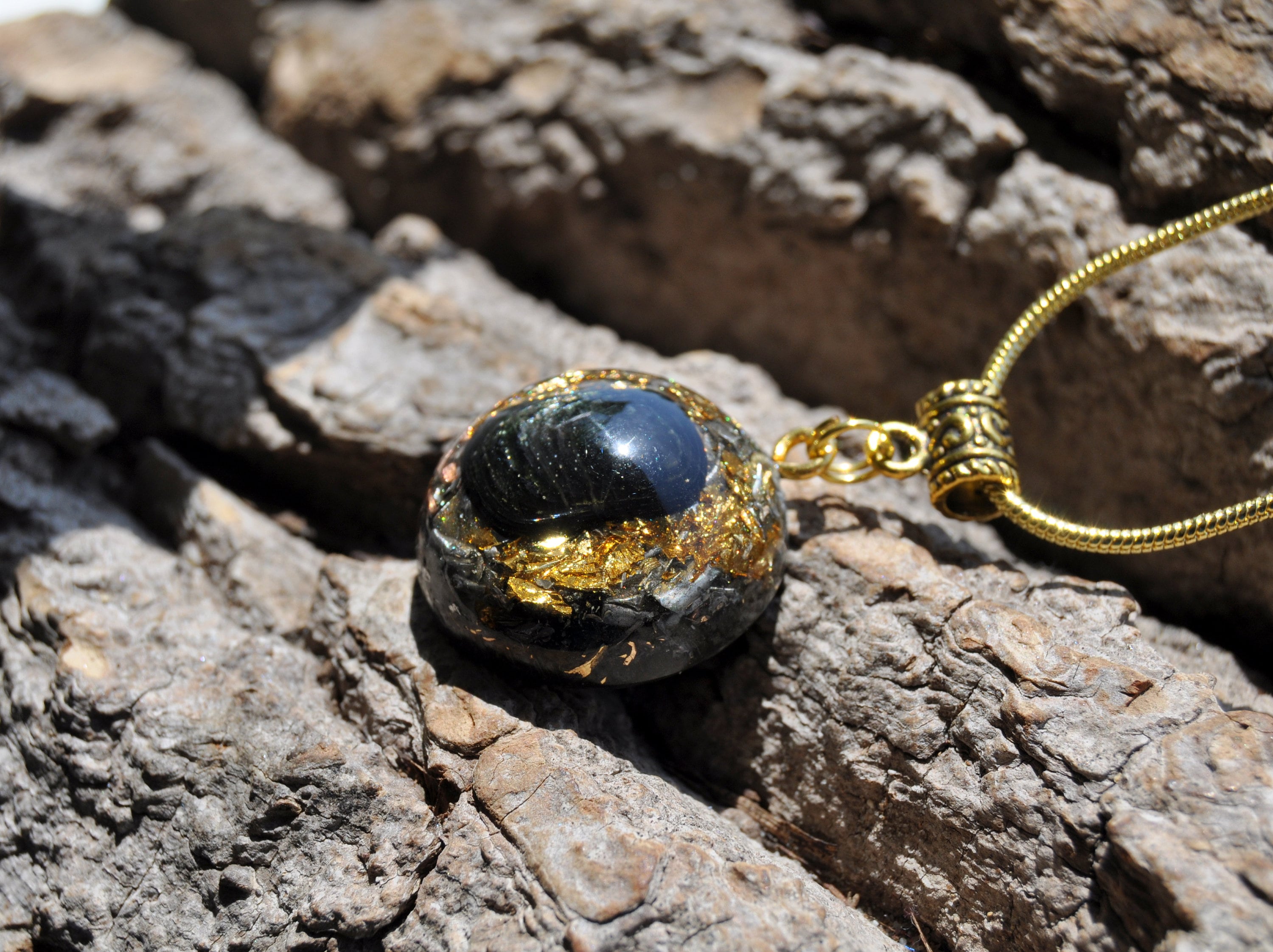 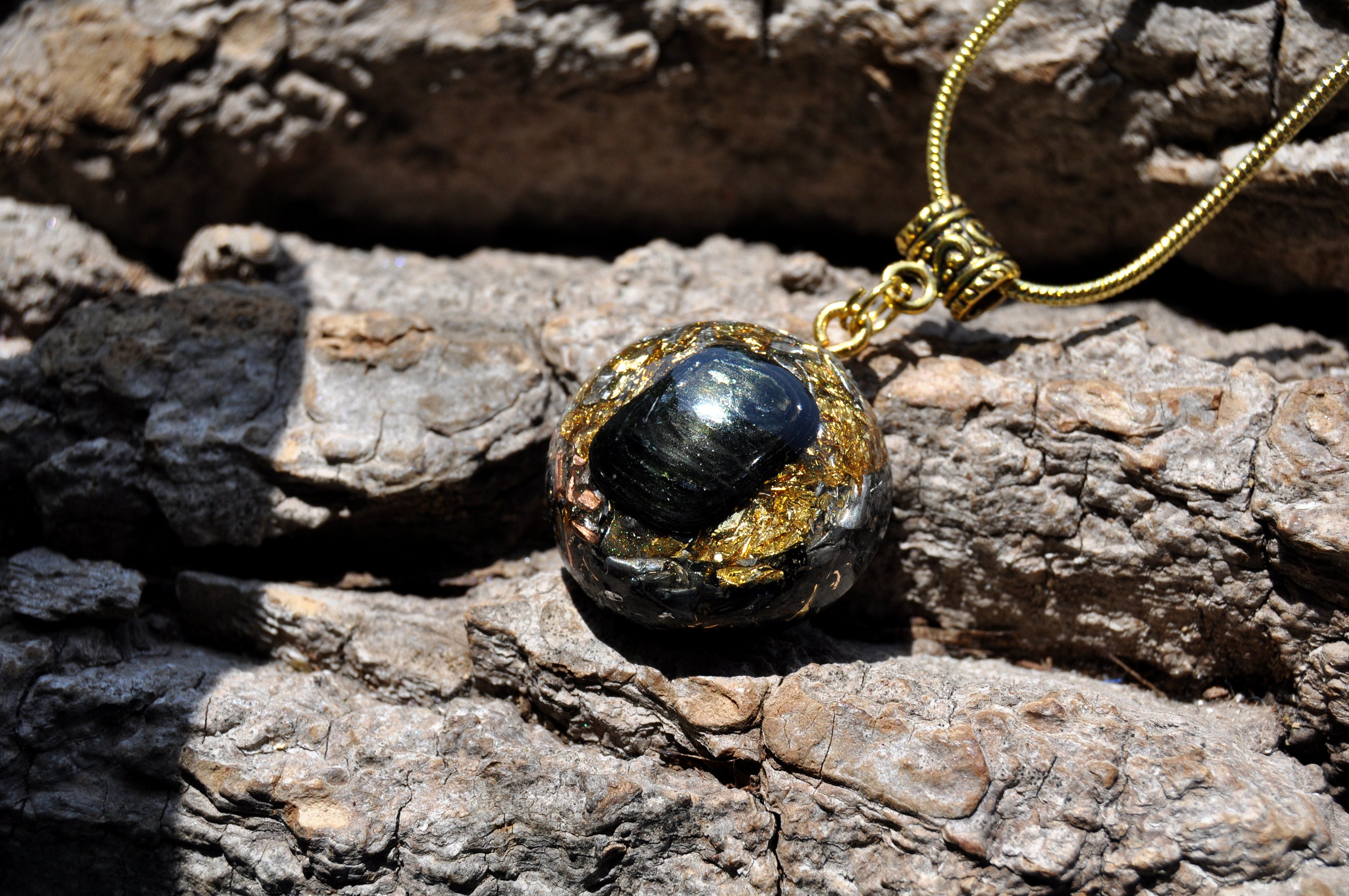 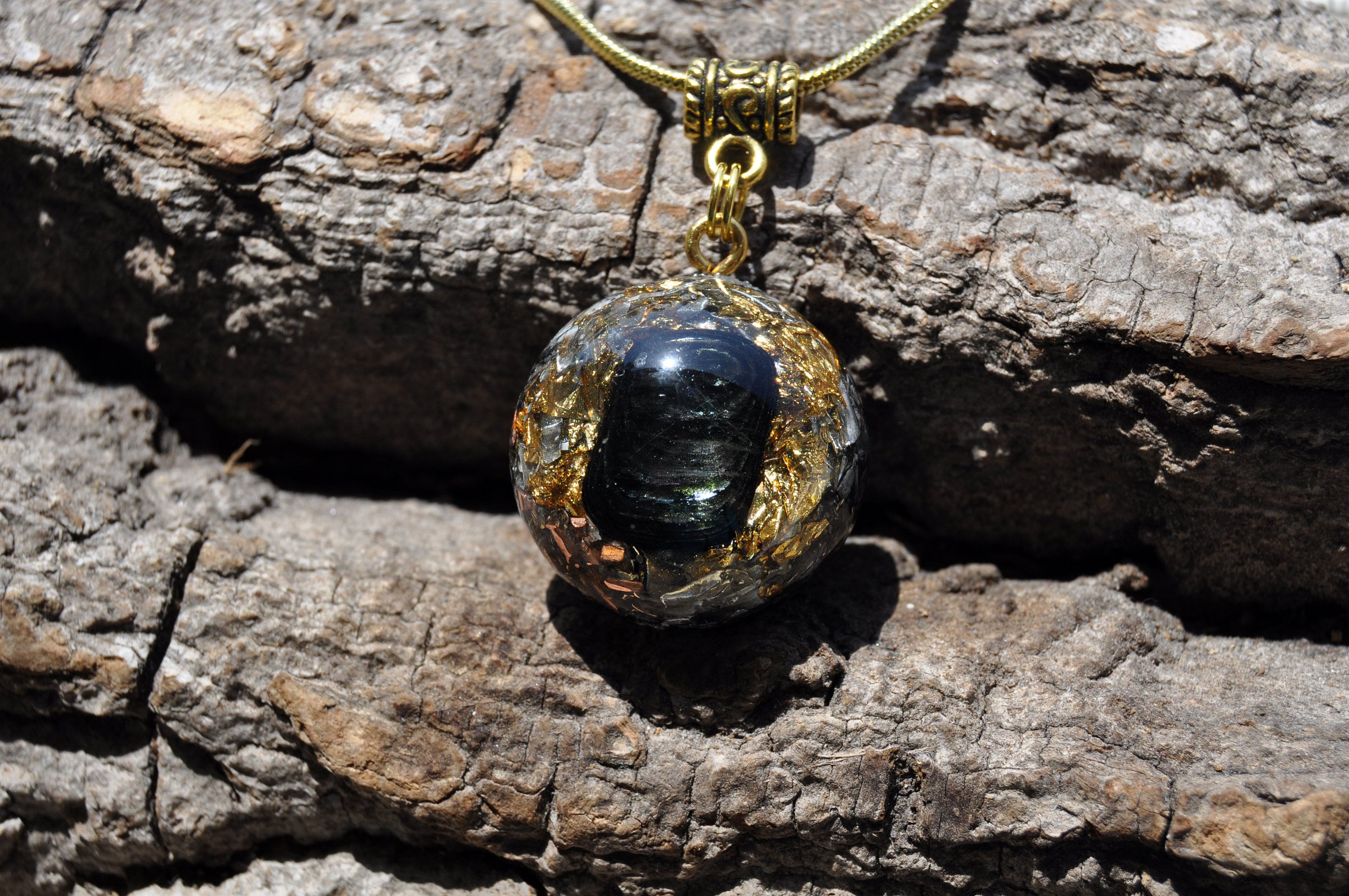 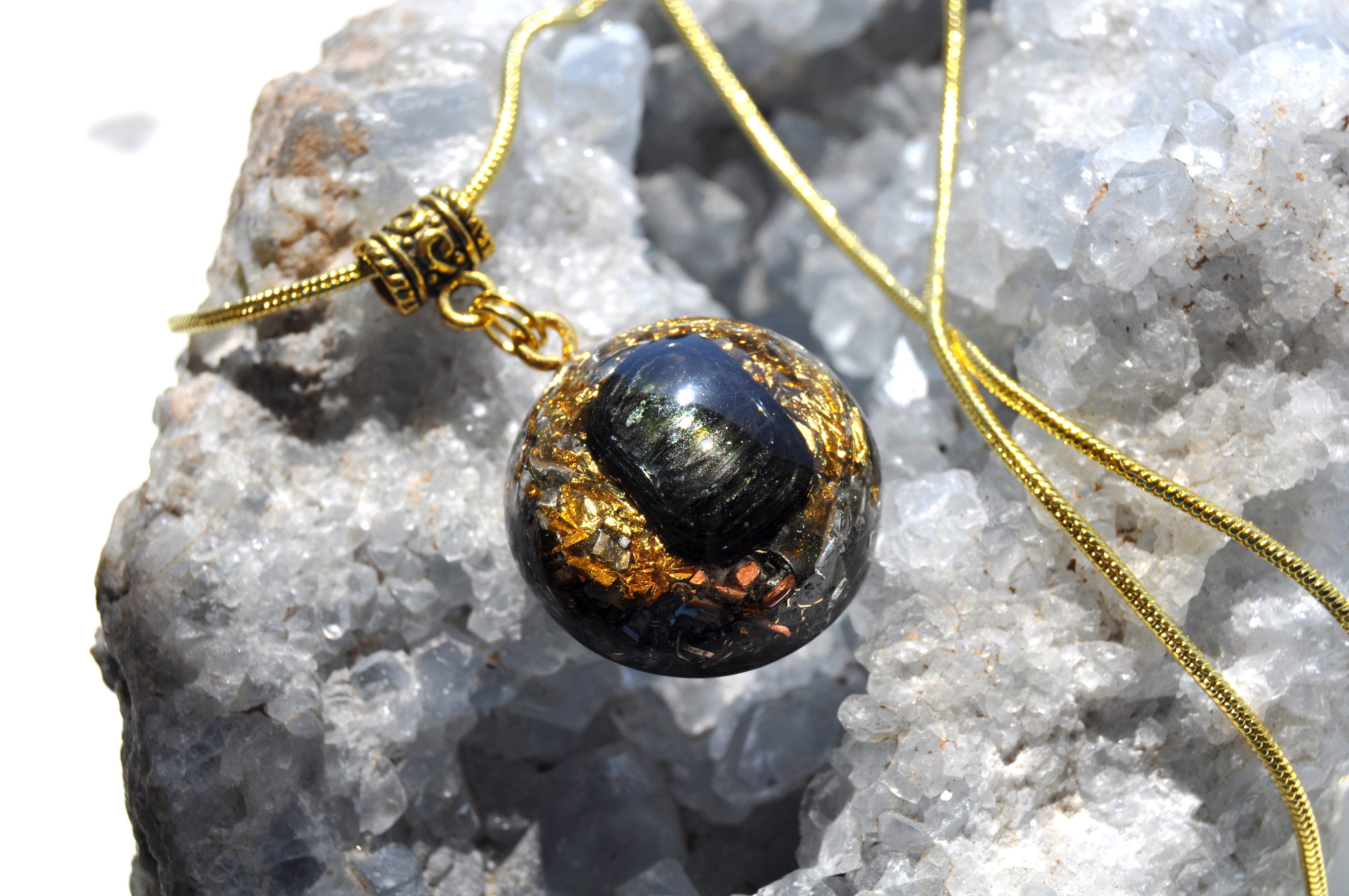 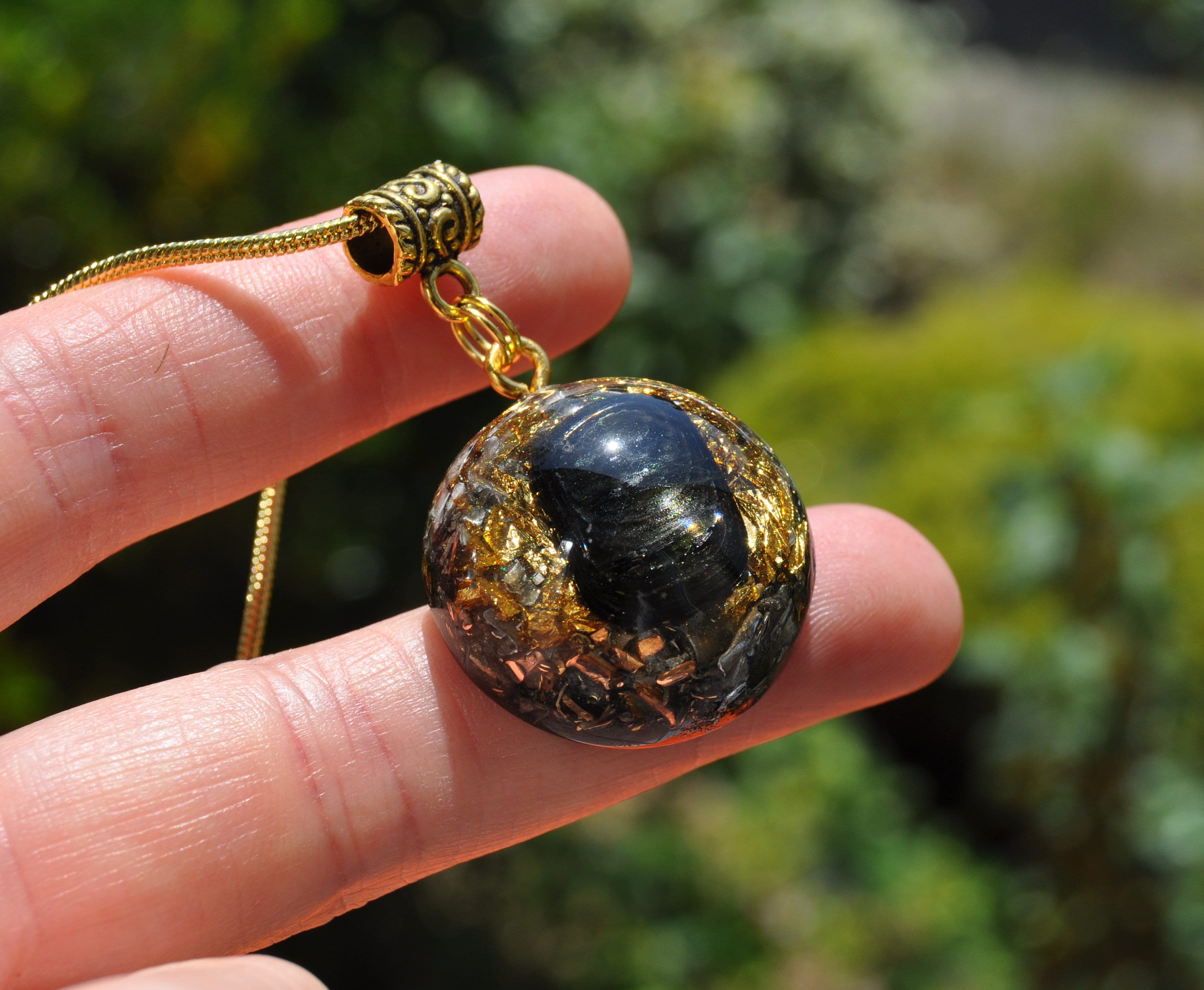 The main stone is a lovely A quality polished Hypersthene which you can see in the front. I find this stone quite unique because it looks like it has a split in the middle or two halves but it is one whole stone.. I like it :-).

Because it is a one of a kind hand-crafted one, it may have slight artistic imperfections.
It comes on 58 cm / 22 inches 14k gold plated necklace with lobster clasp closing.