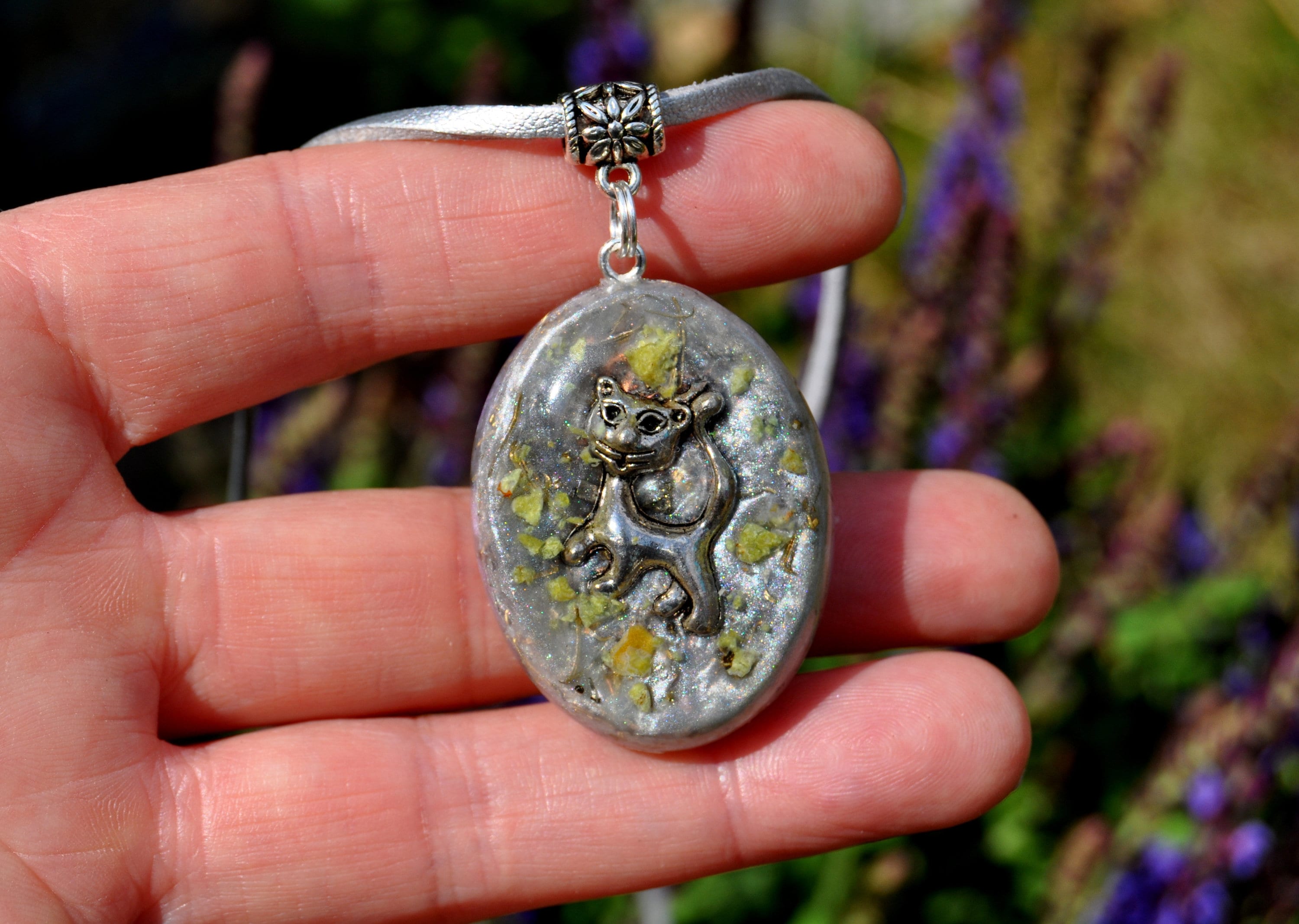 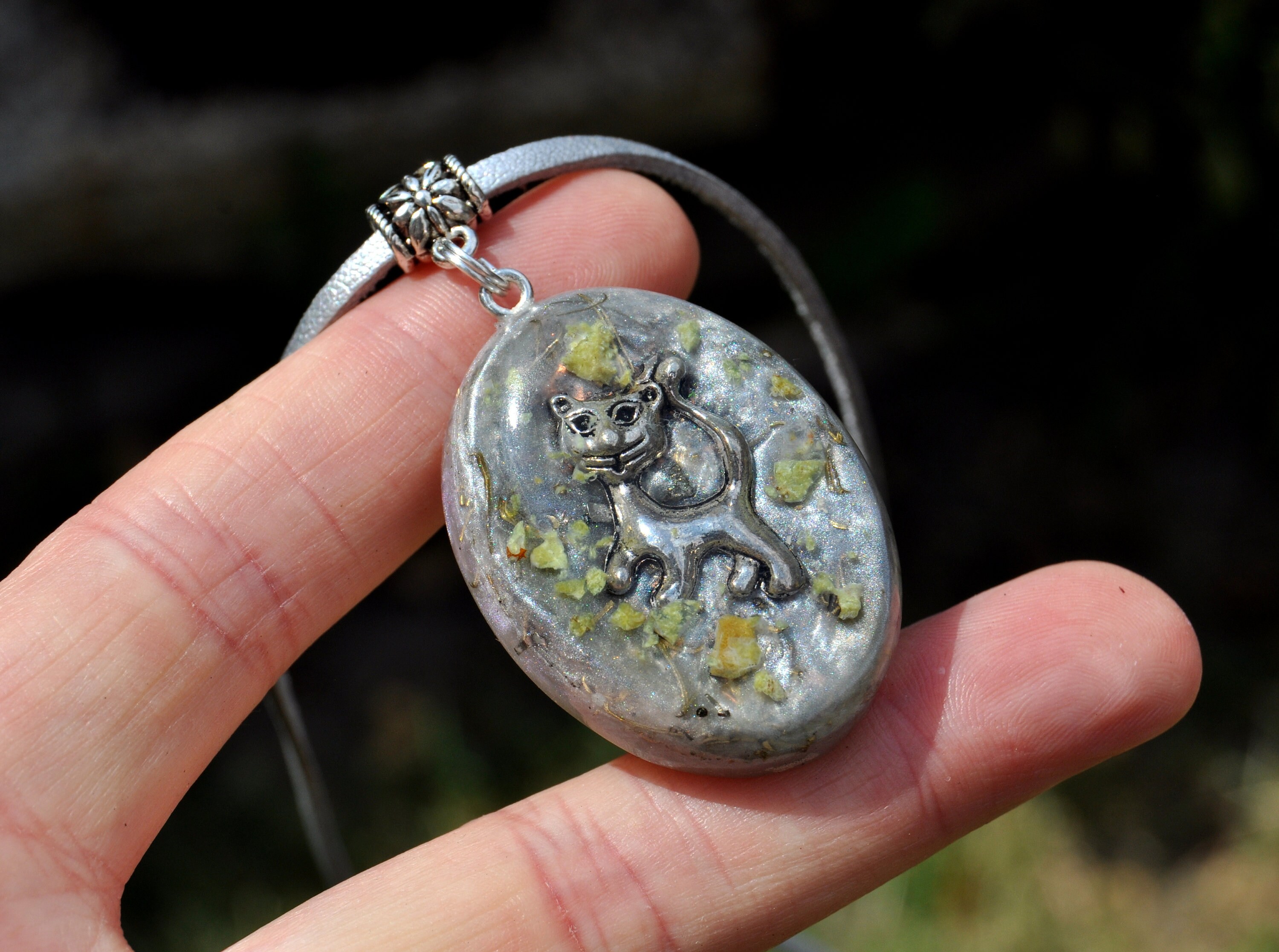 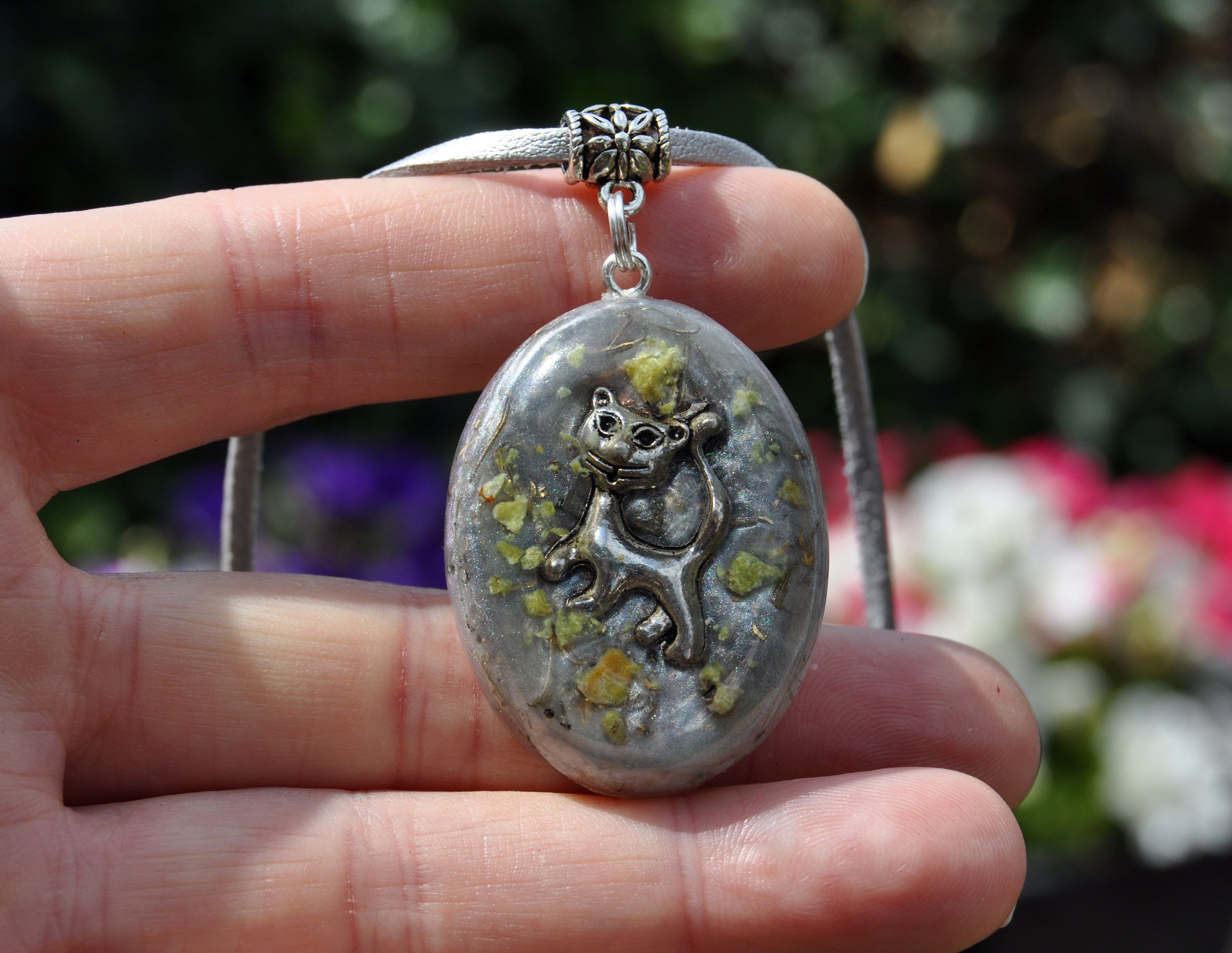 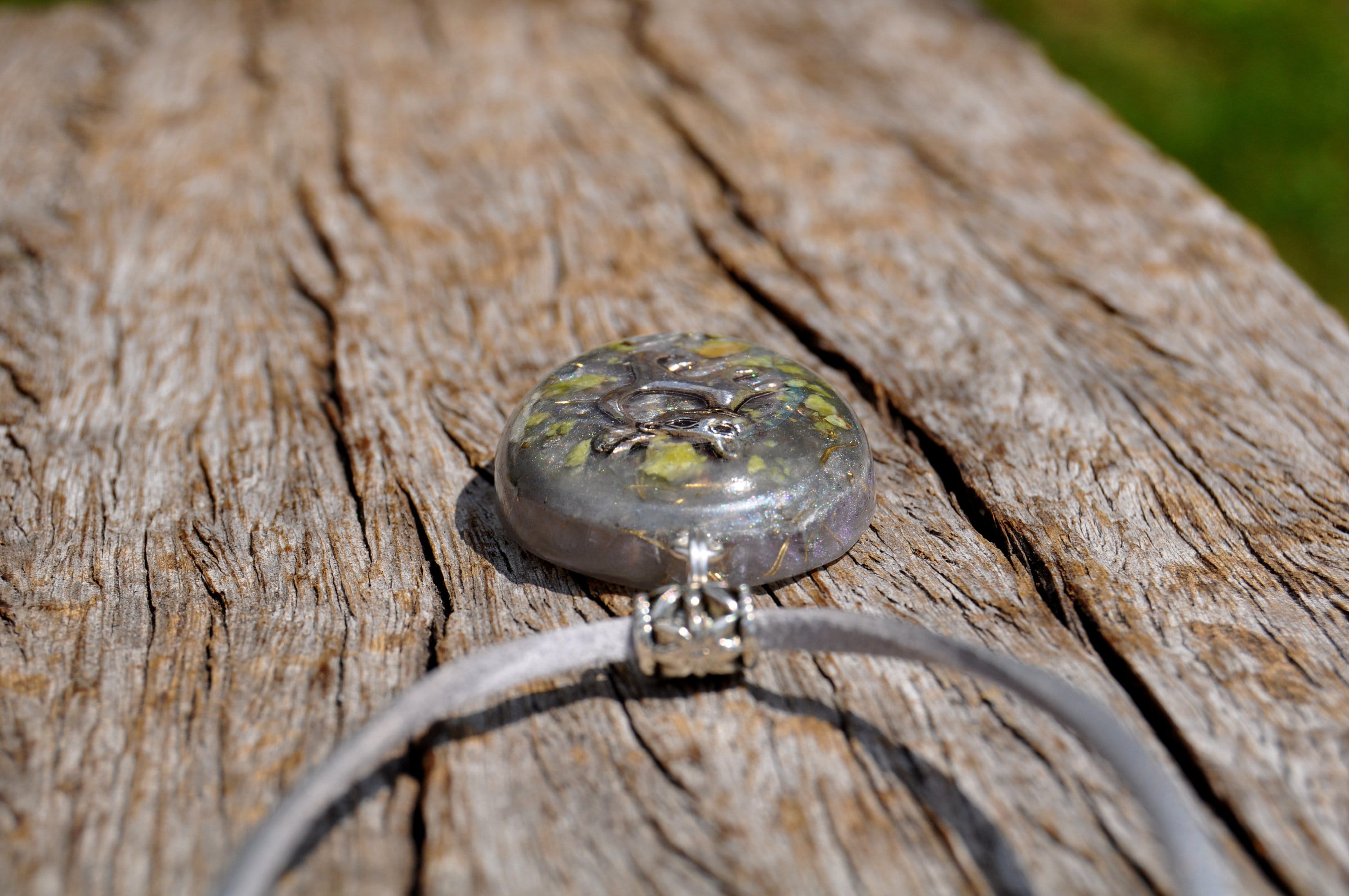 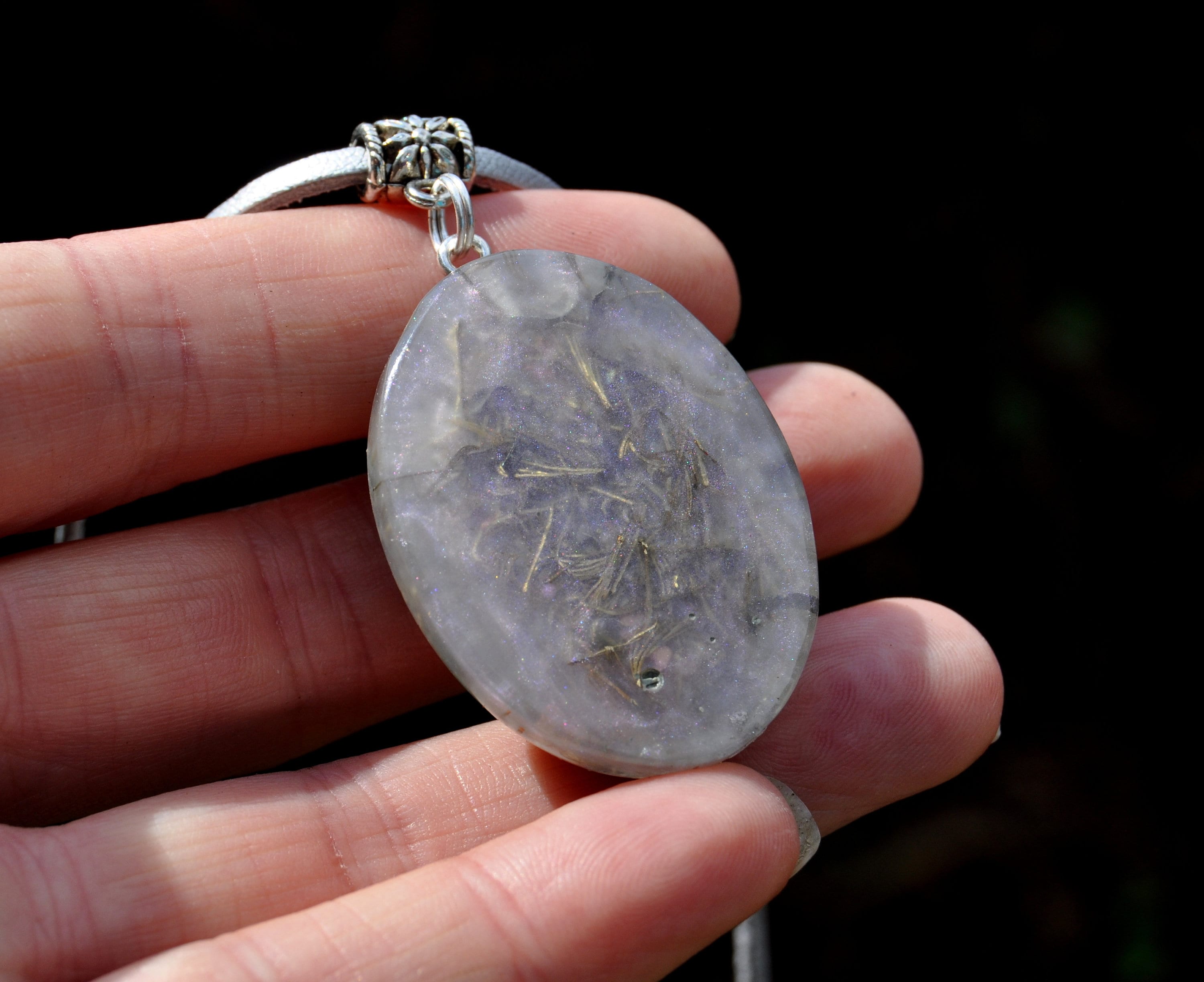 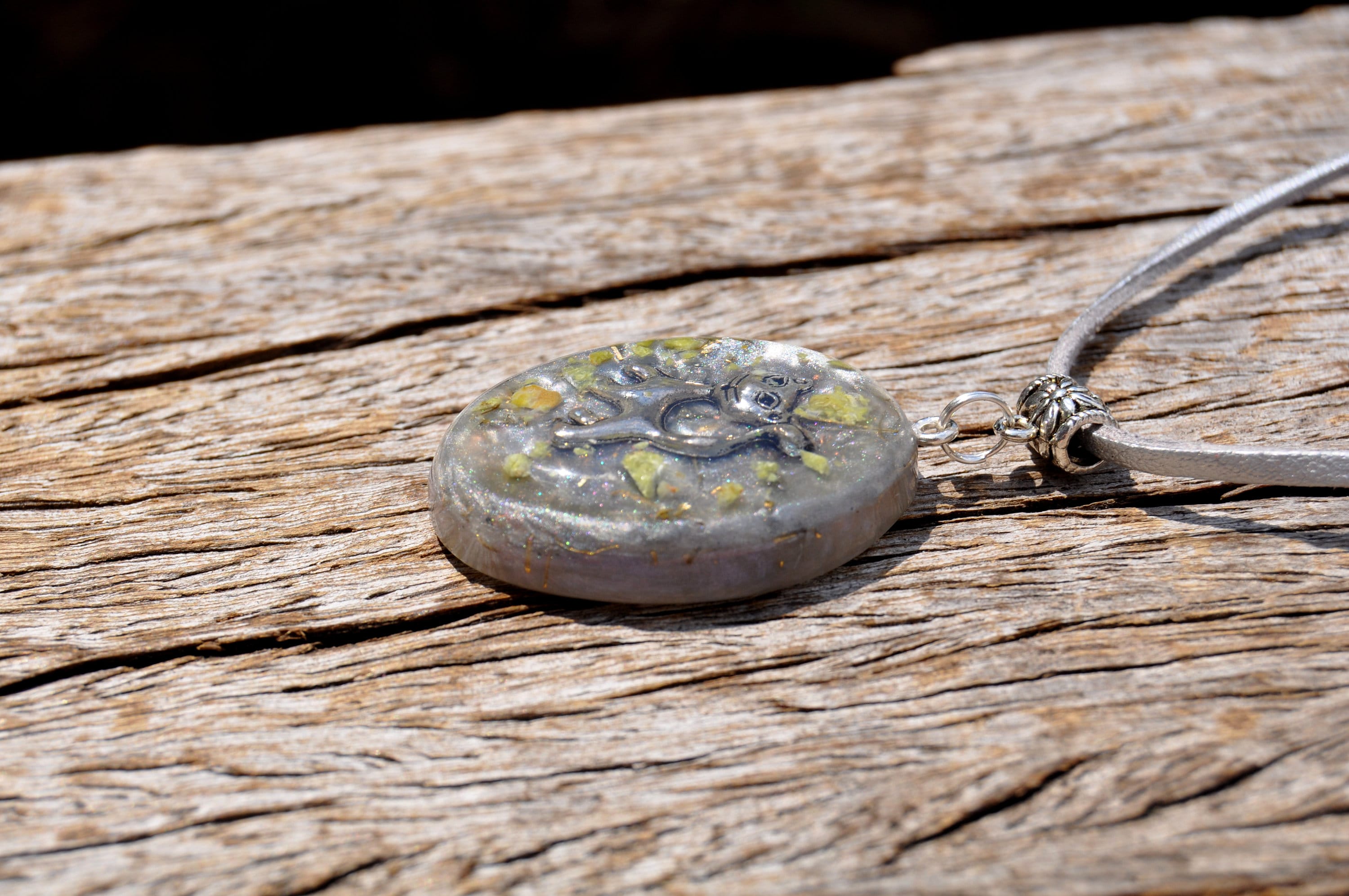 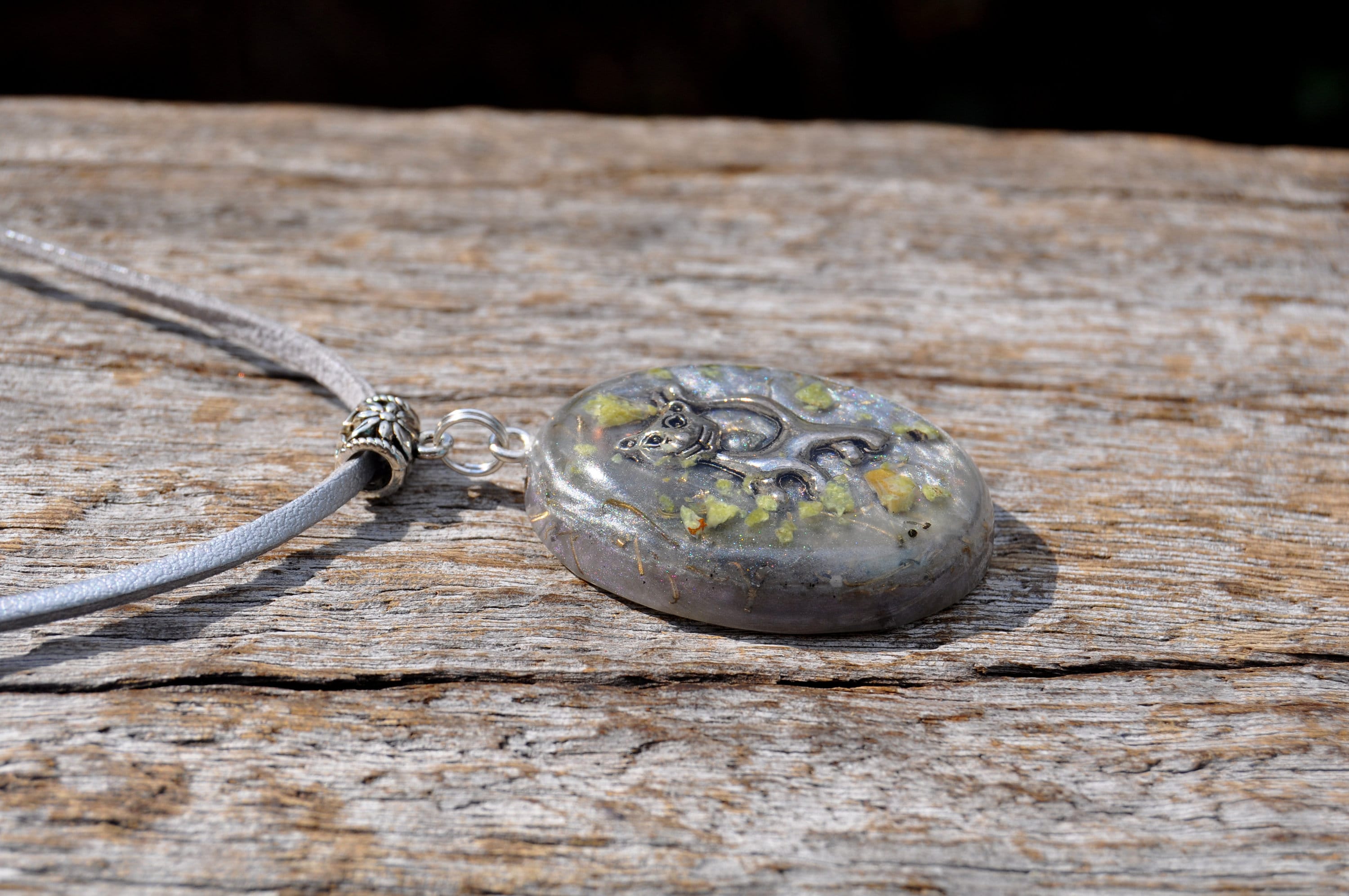 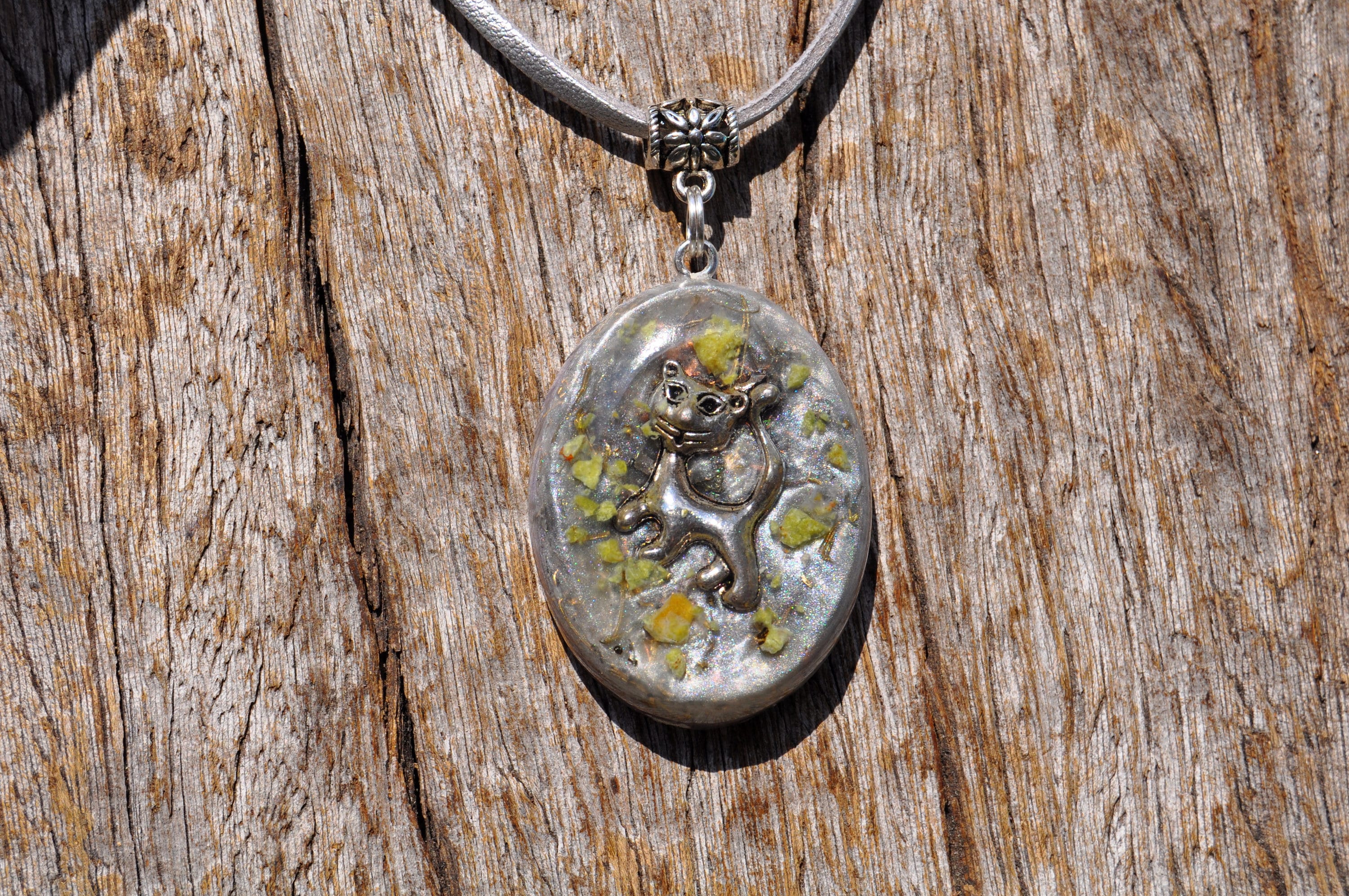 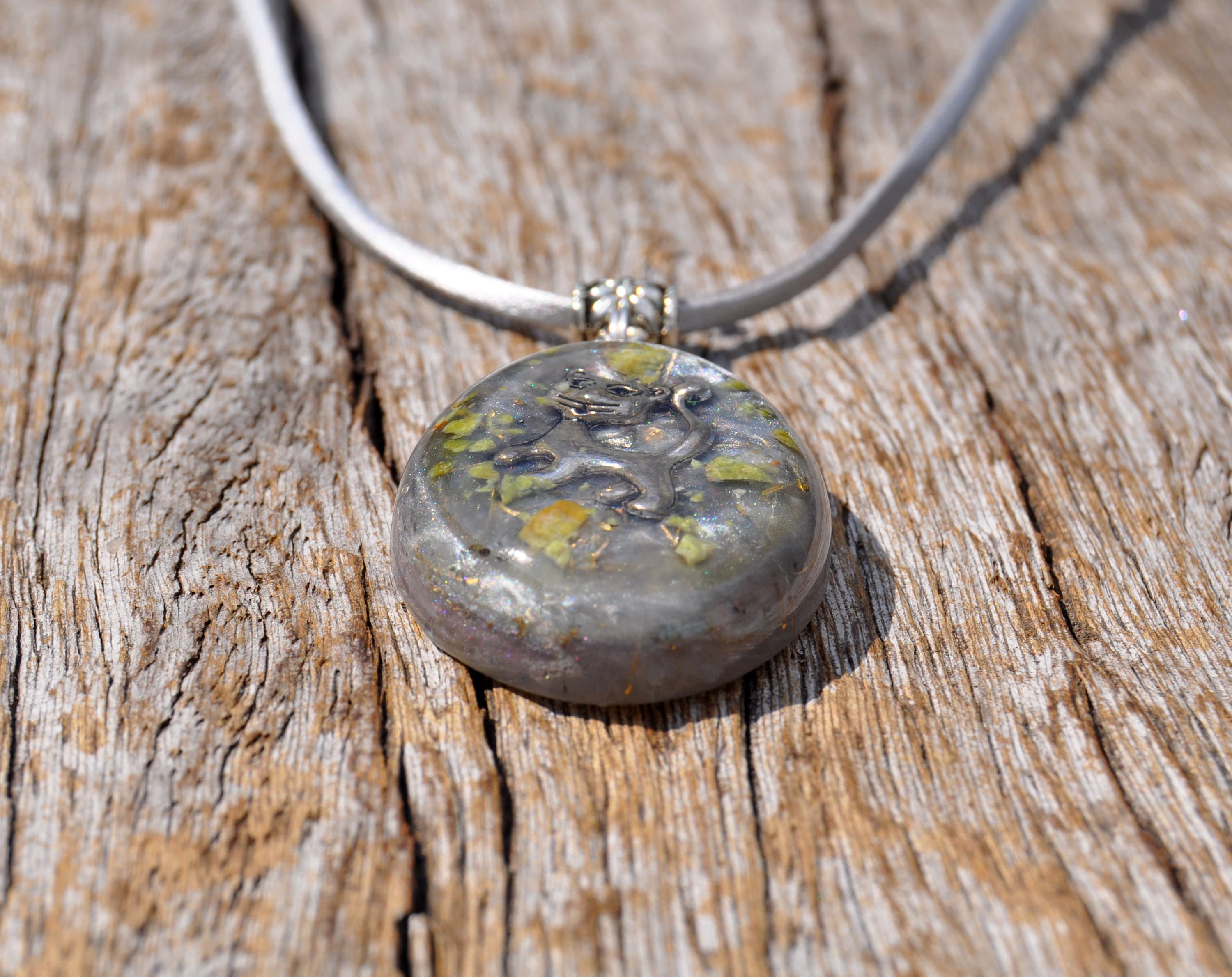 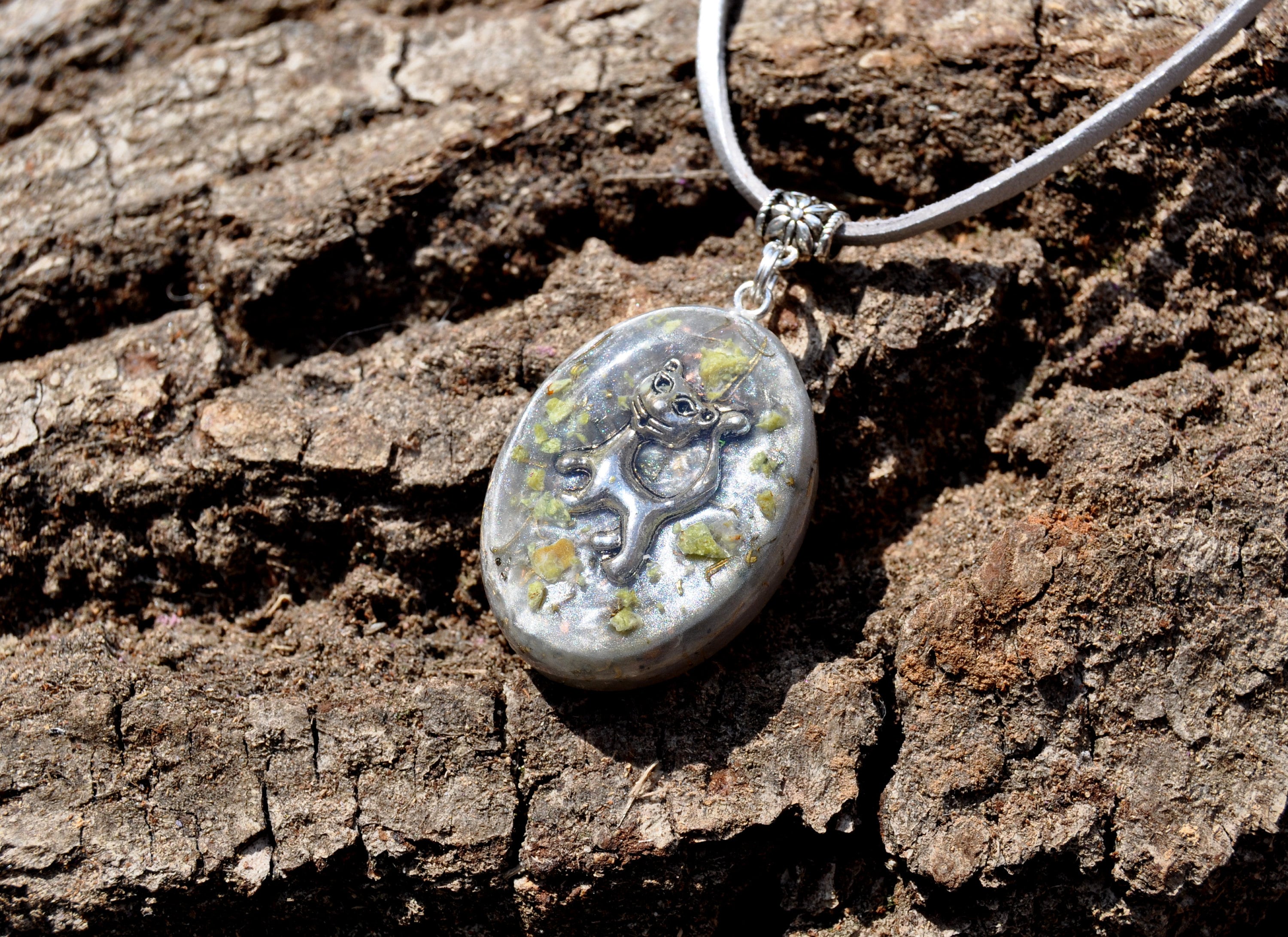 This lovely Orgonite® pendant contains aluminium, brass and copper shavings, green Opal (in the front) Rhodizite in the front middle (to amplify the other crystals), Pyrite (to enhance), black Tourmaline (to ground excess energy and for protection), Selenite (to clean and charge the other crystals) and clear quartz (for piezo electro effect) in a durable resin setting.

It has a cute cat in the front.