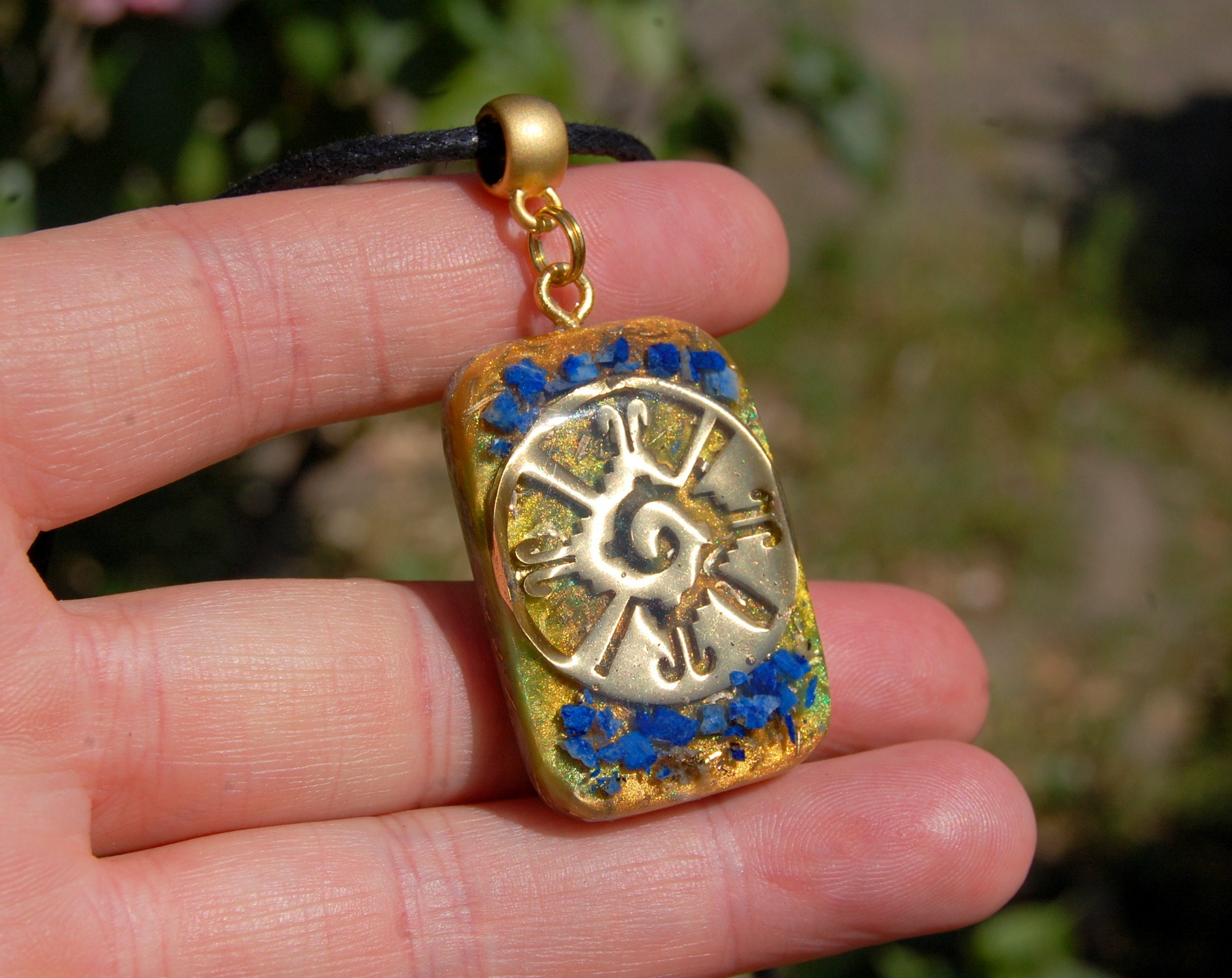 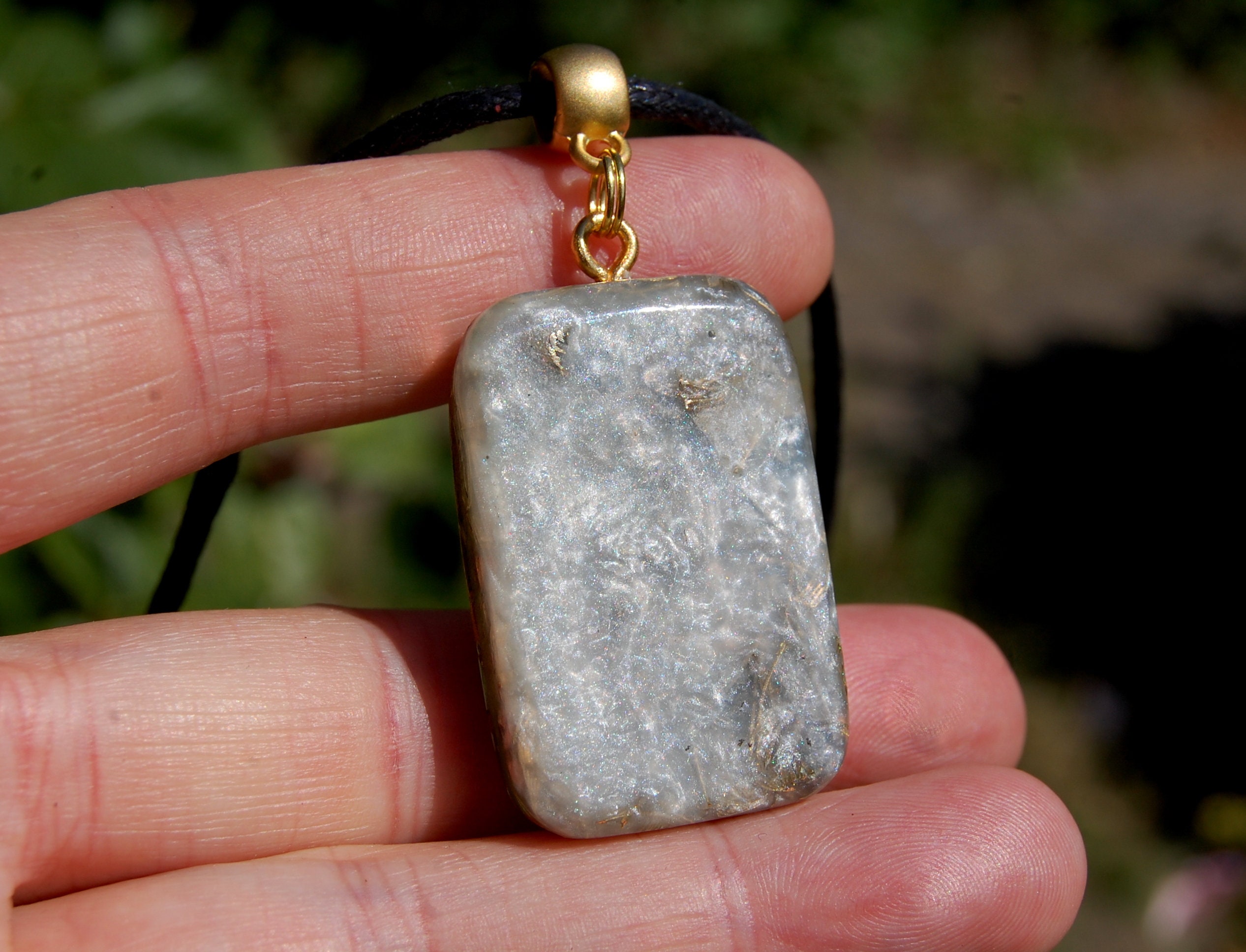 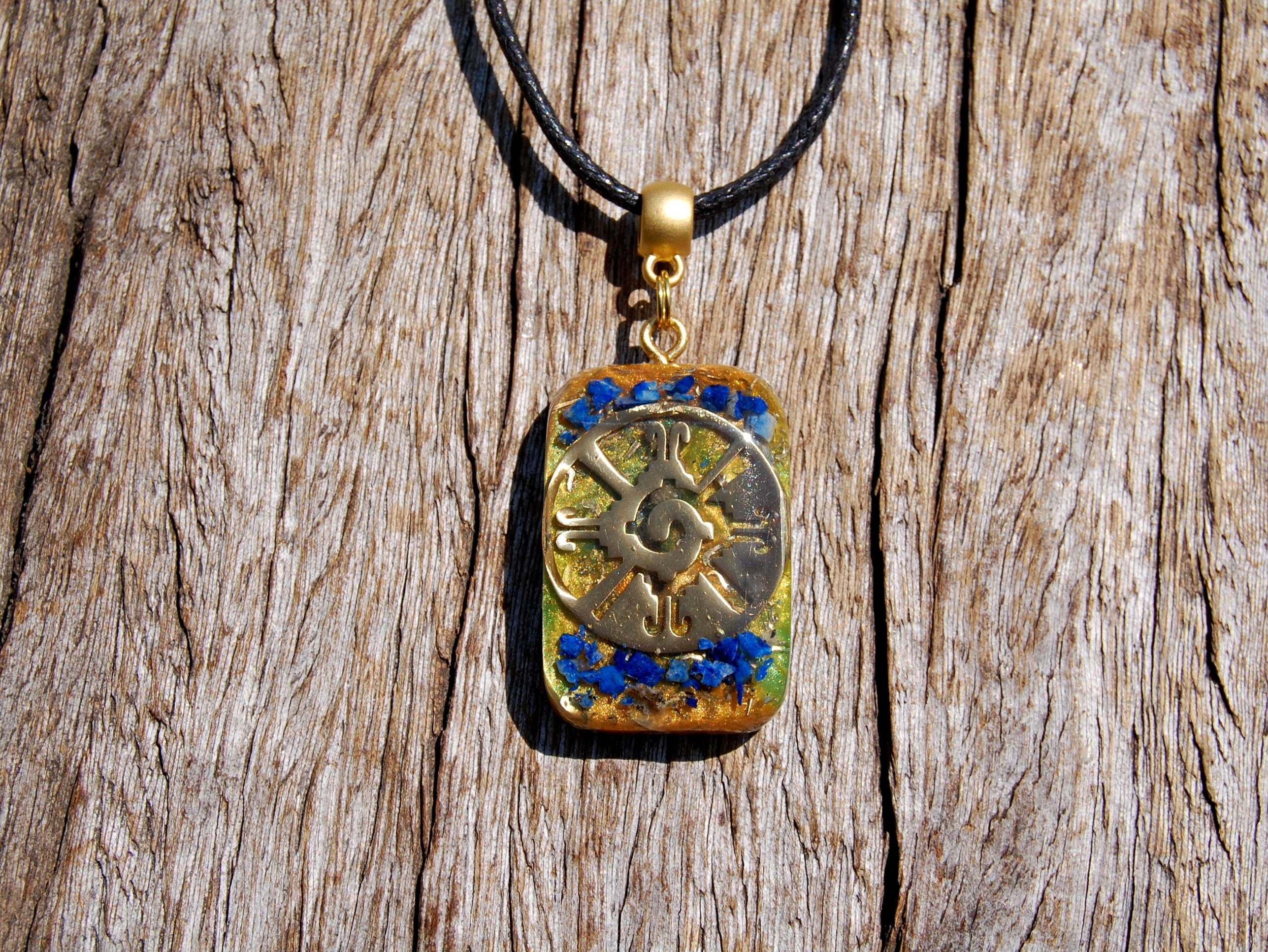 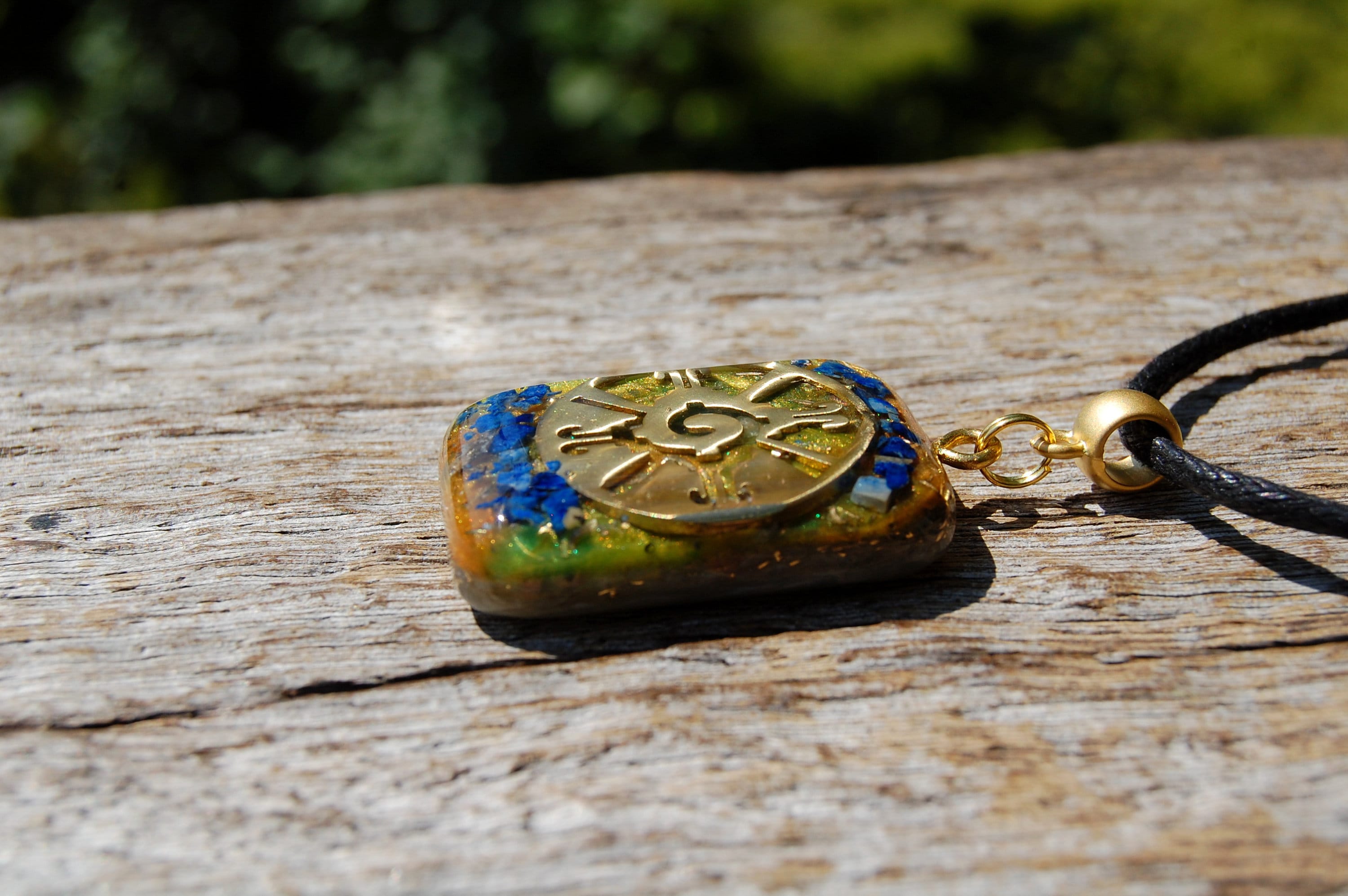 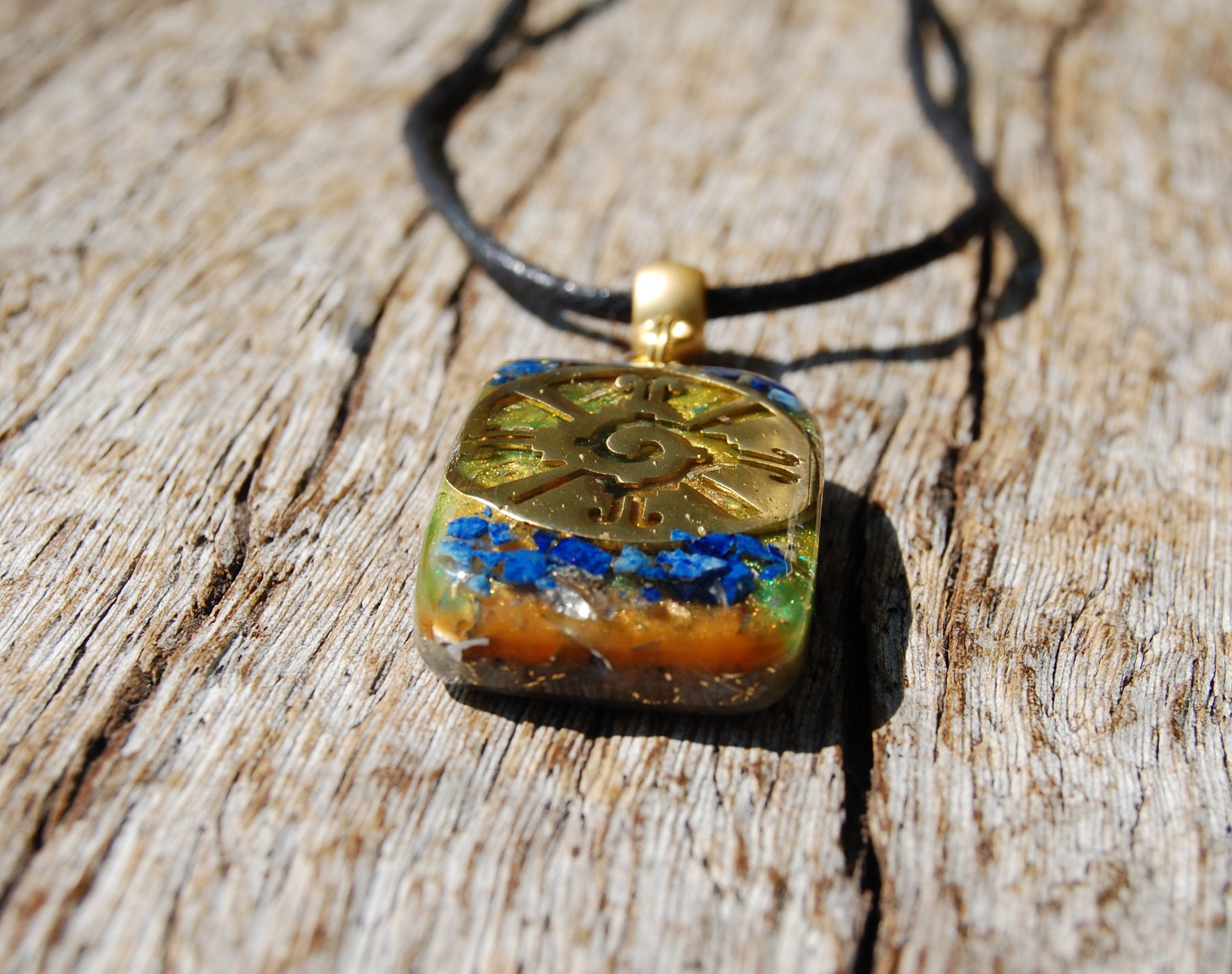 The Hunab Ku symbol is a testament to the belief that it can unite the opposing forces. It can be likened to the yin-yang symbol, with black spirals on one side, and white spirals on the other.

The main stone in this unique Orgonite® pendant is raw Lapis Lazuli pieces which you can see in the front meticulously above and below the Hunab symbol. Behind the Hunab Ku symbol lays a polished clear quartz and copper, bronze and brass metal shavings. It furthermore contains black Tourmaline (protects and grounds excess energy), ,Pyrite (to enhance and protect), black Tourmaline (protection and grounding excess energy), Elite Shungite (protection), Rhodizite (to amplify the other stones) and clear quartz (for piezo electric effect) all within a durable resin setting.

It consist at least 50% metal shavings which is required for the orgonite to properly work according to Wilhelm Reich's research.