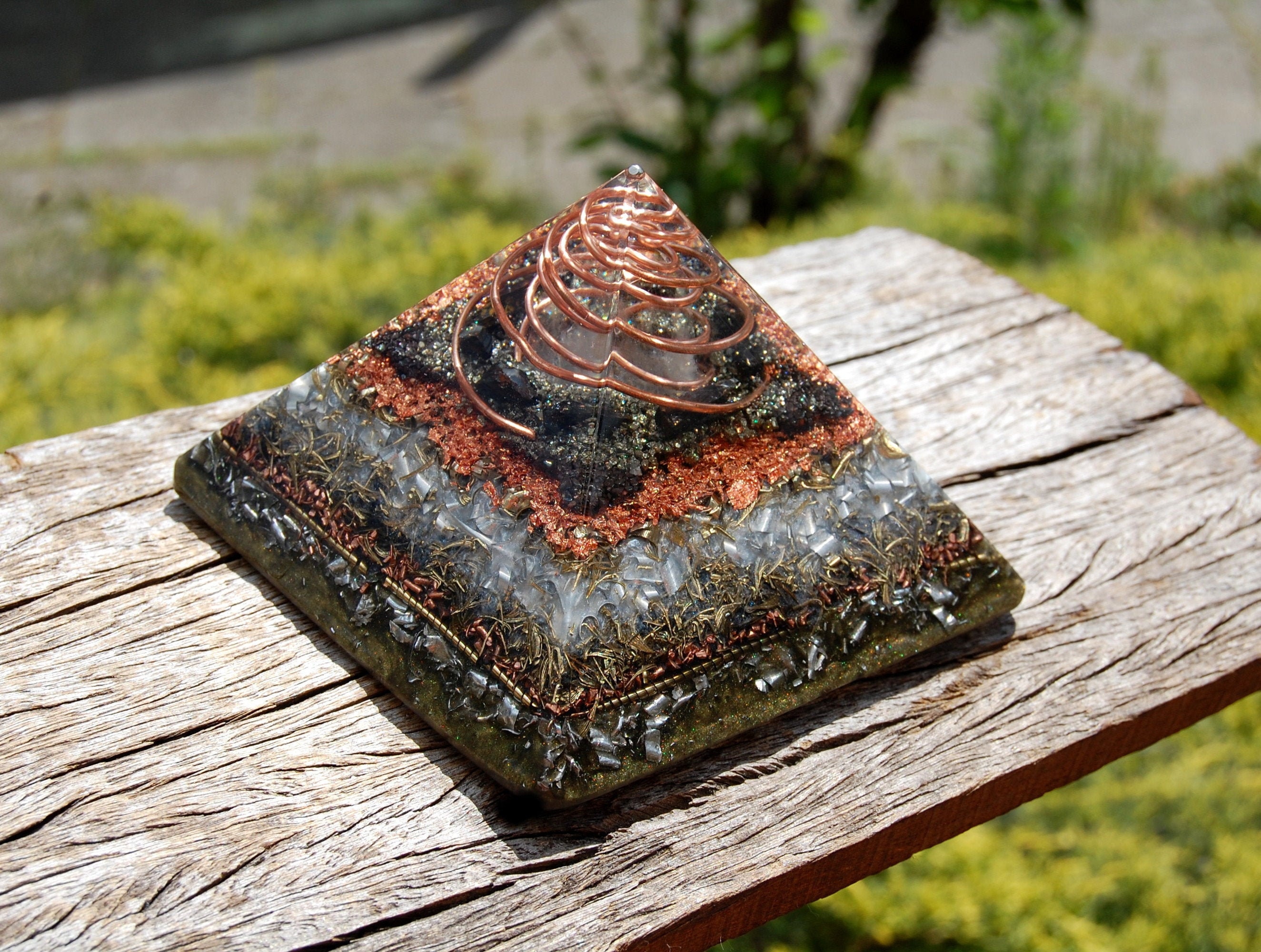 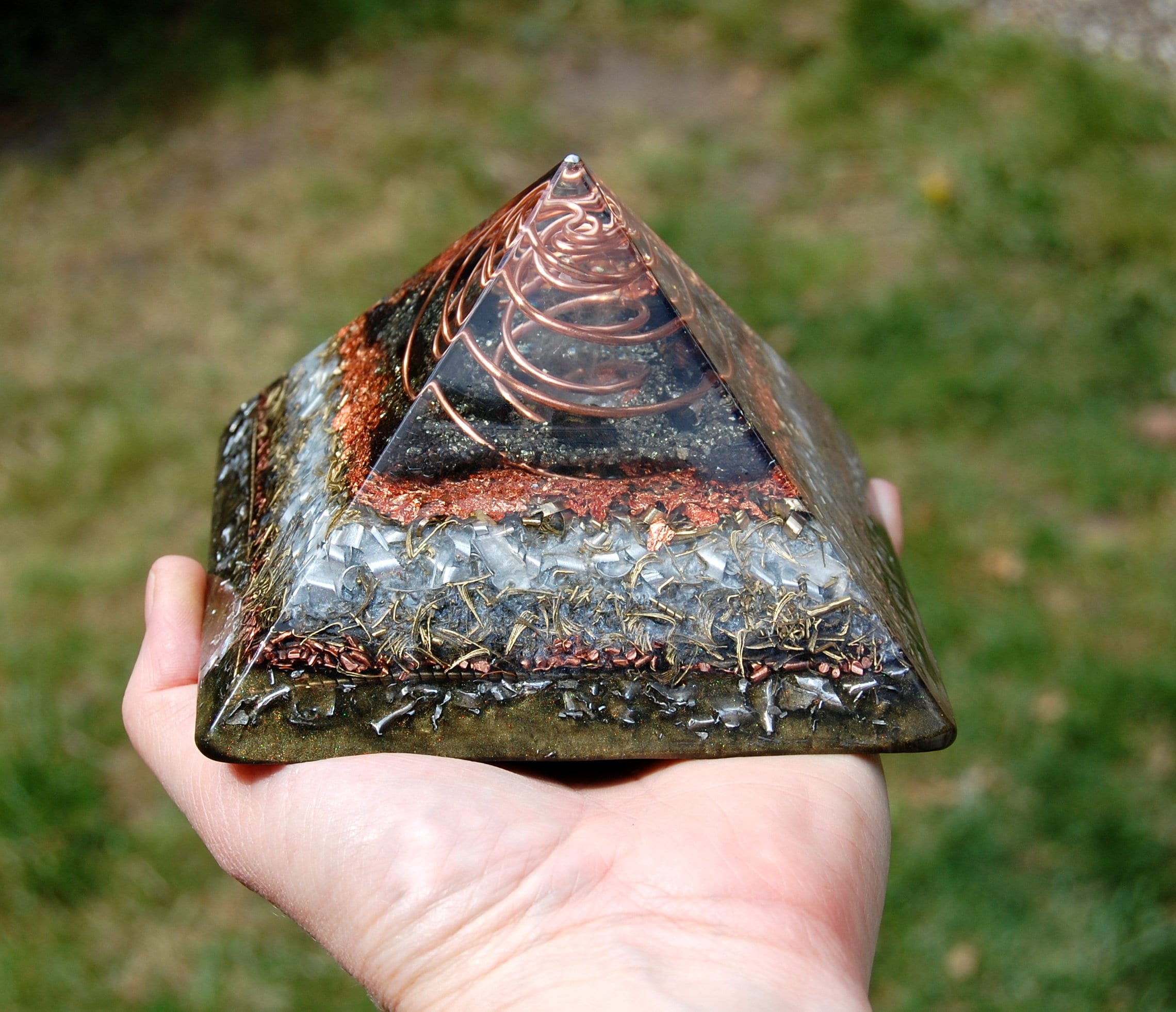 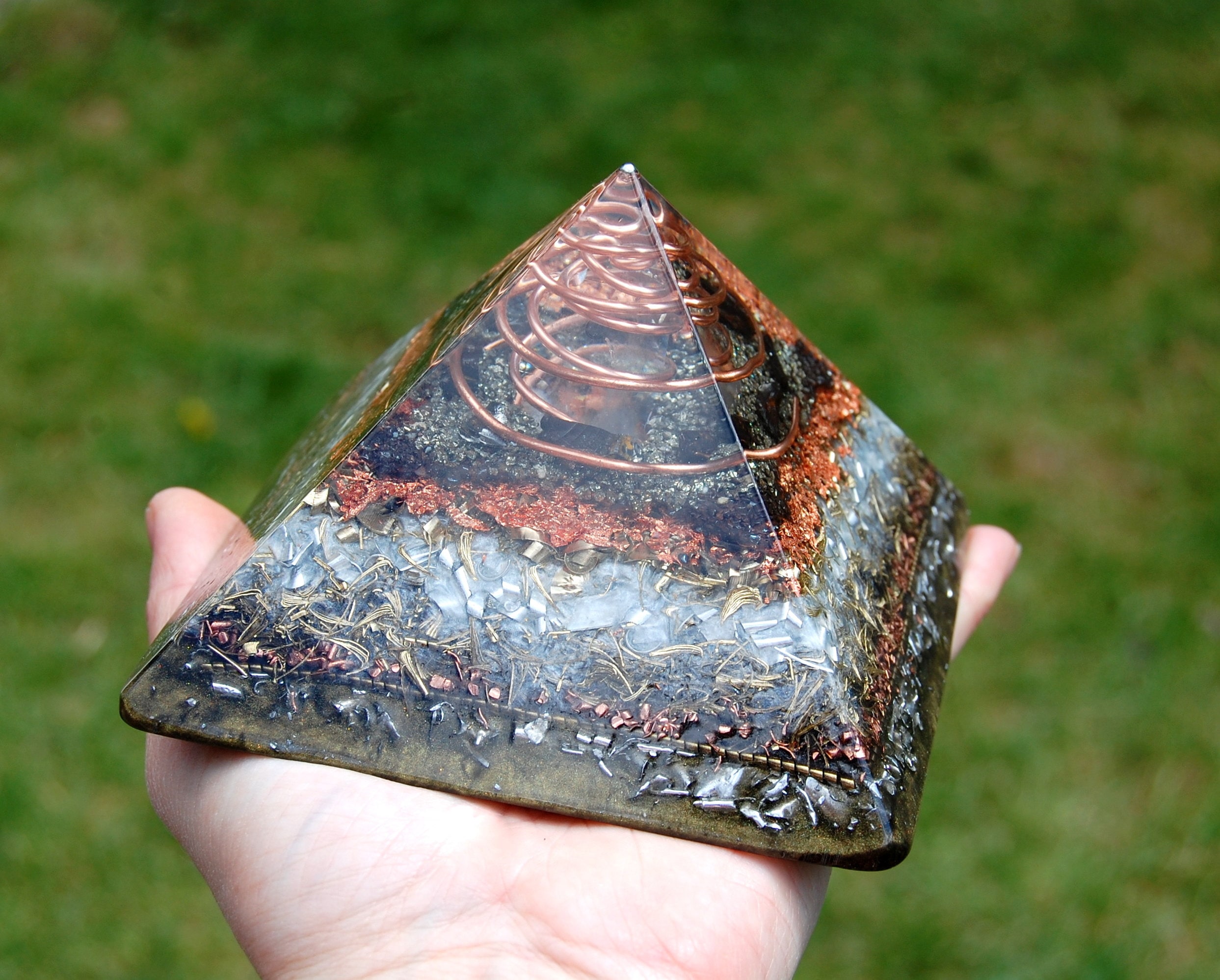 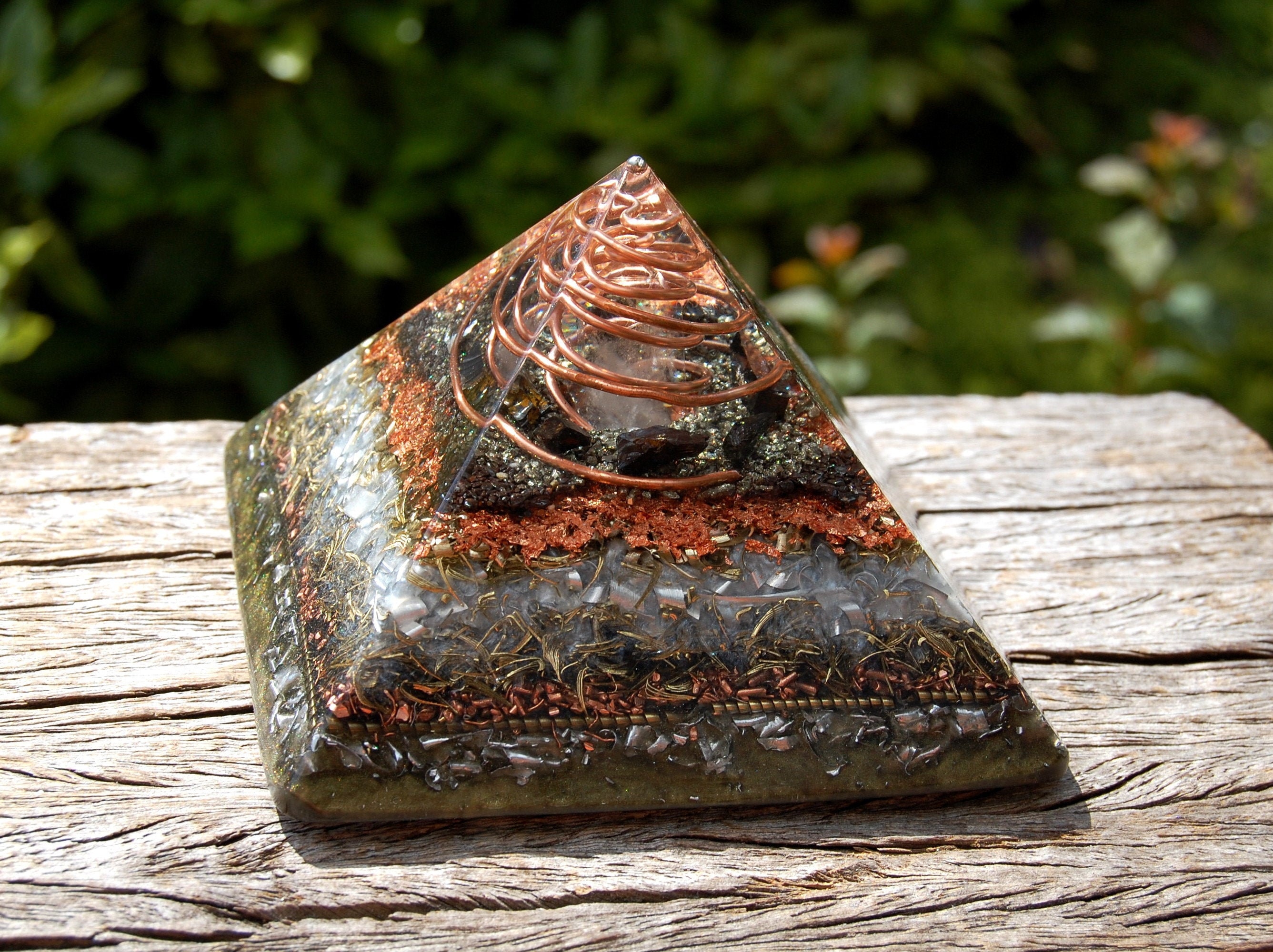 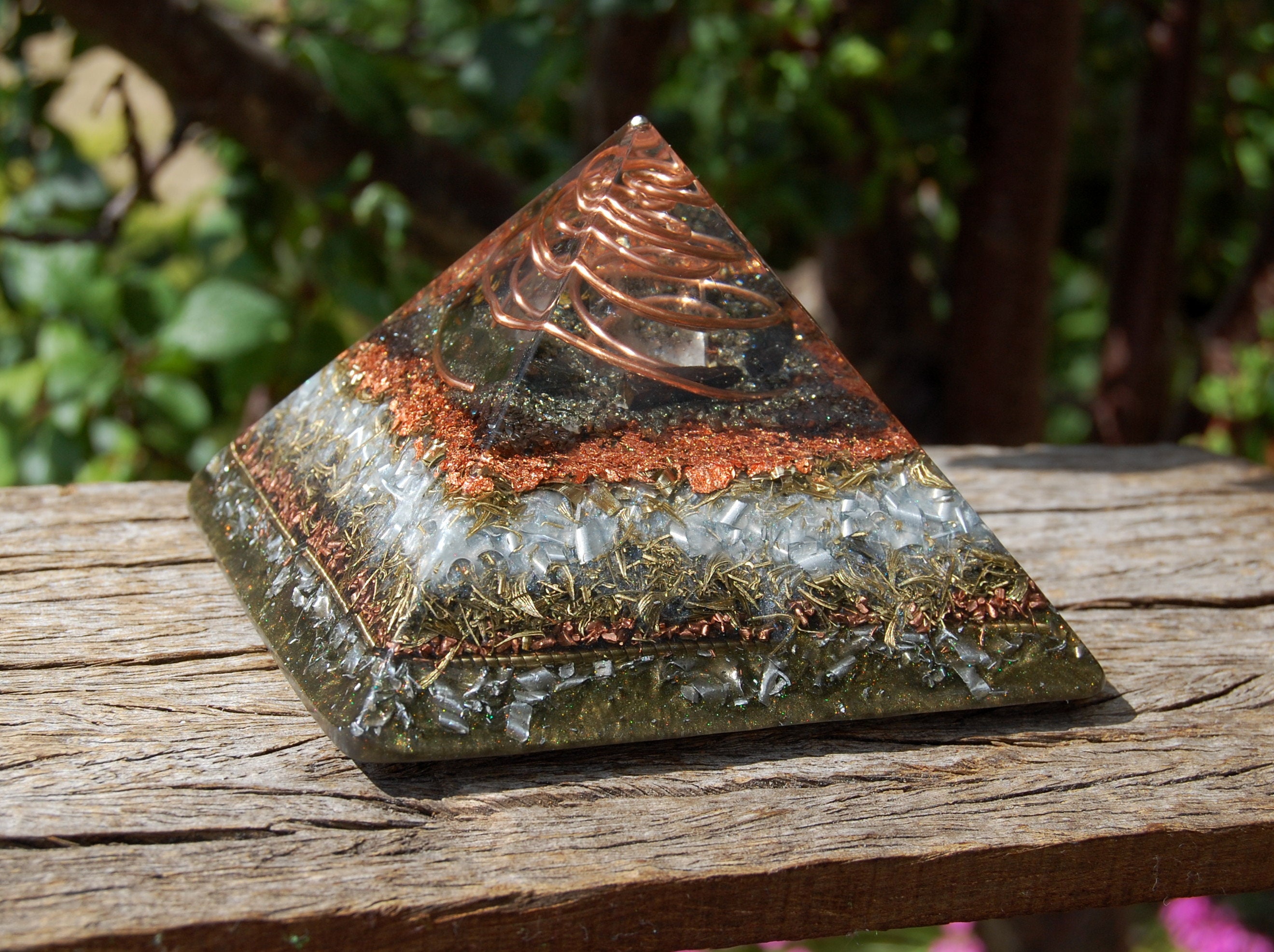 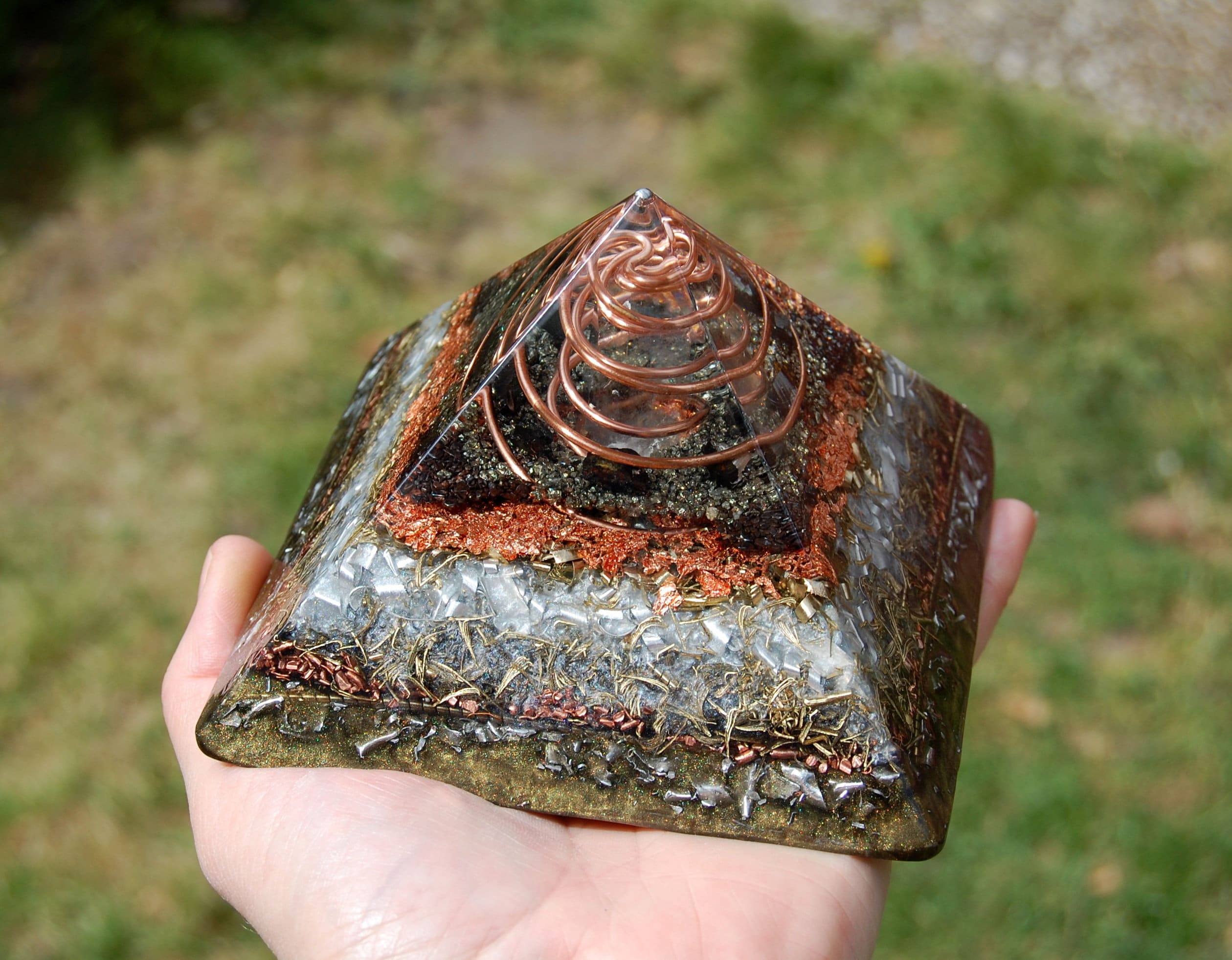 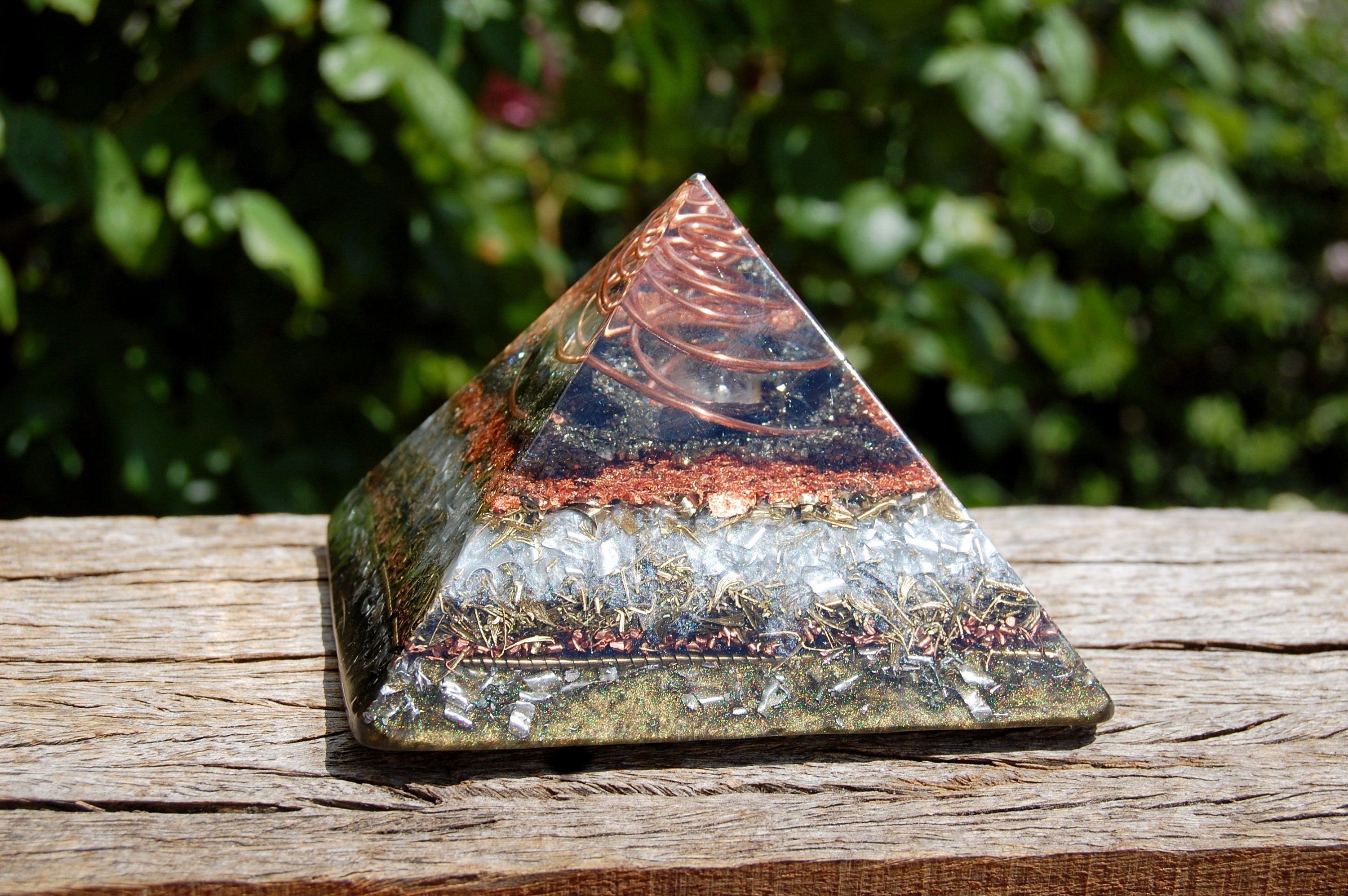 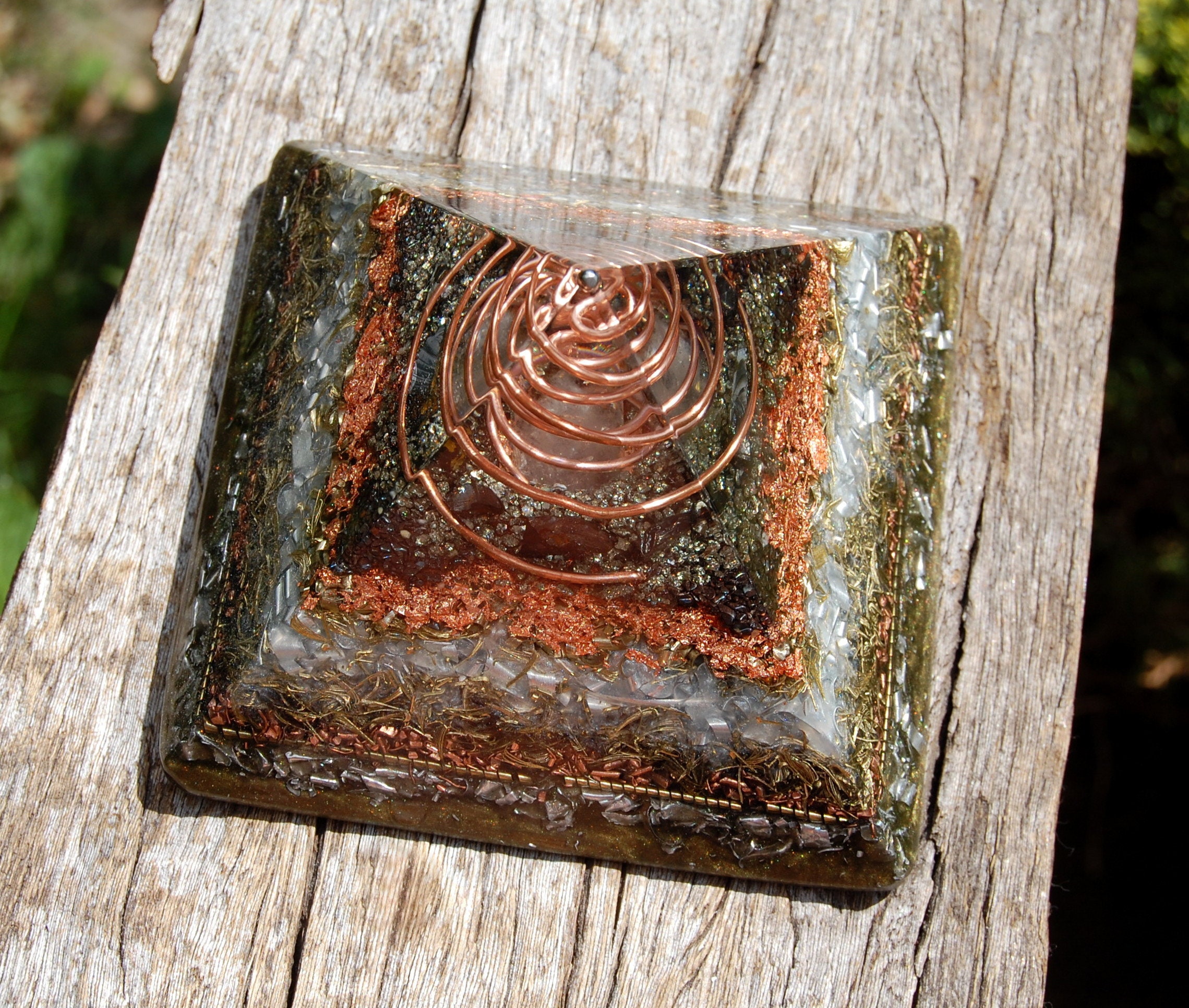 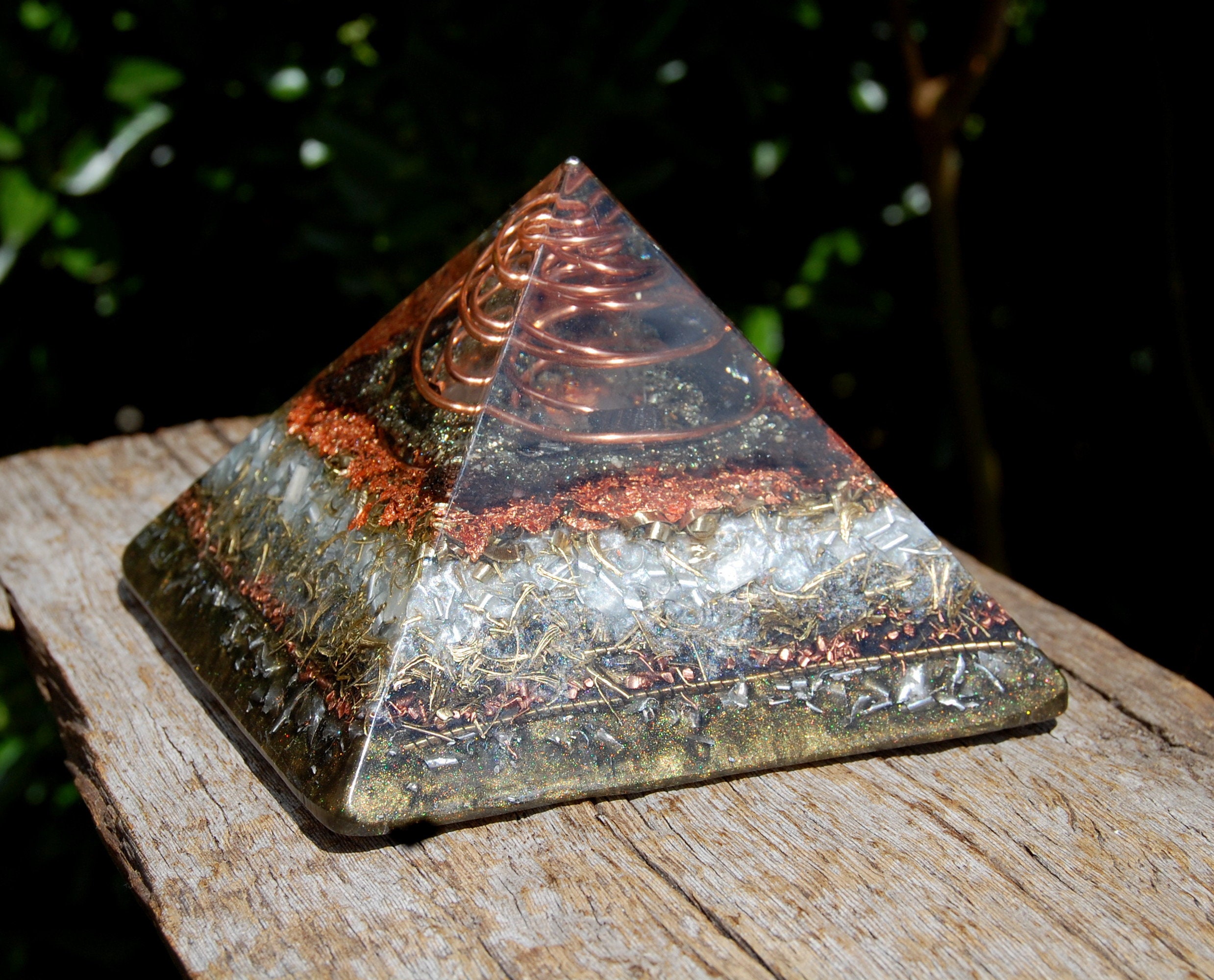 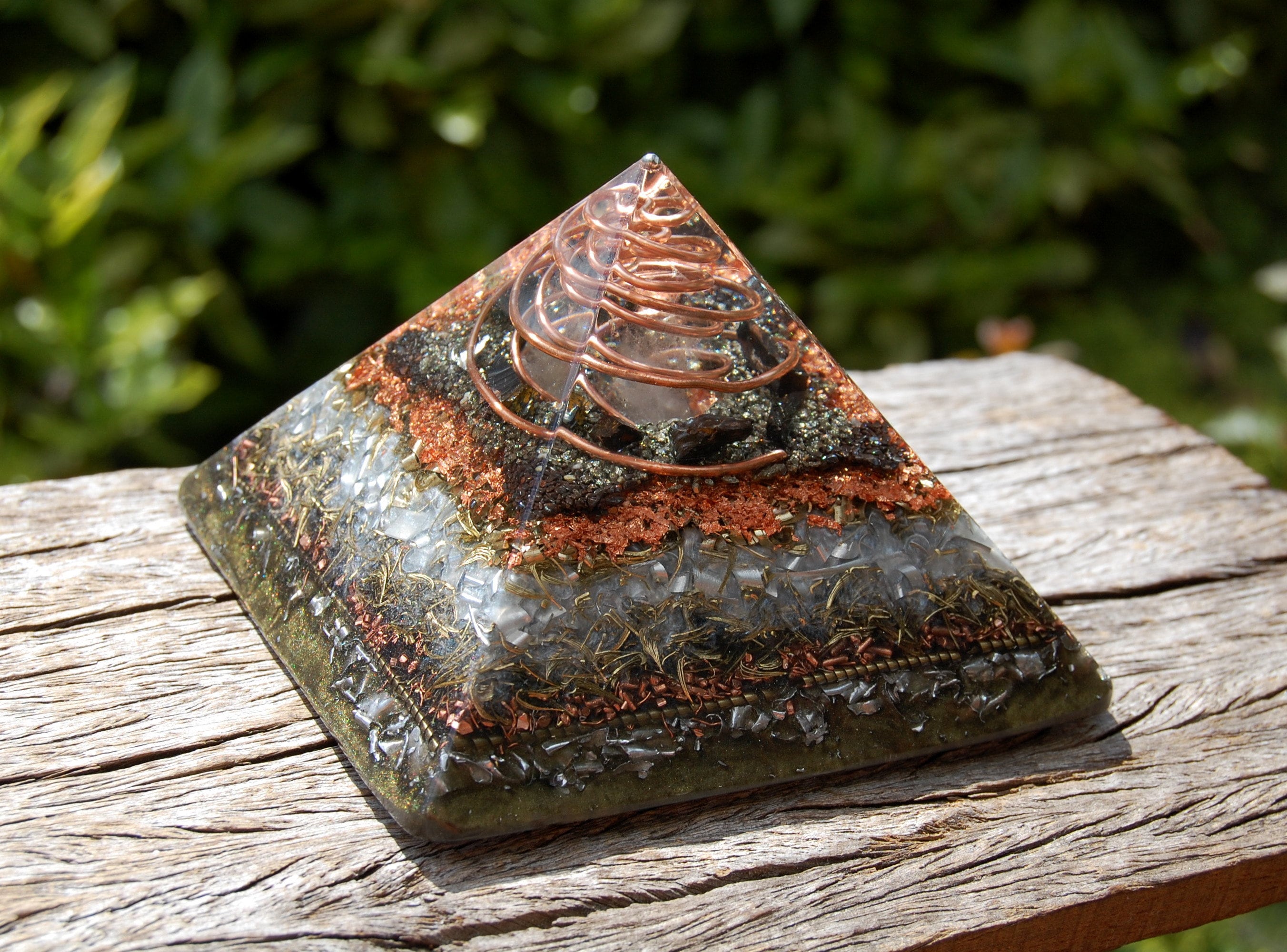 This is a unique Orgonite® pyramid with the original shape of the actual Giza pyramid in Egypt. It has a clear natural terminated Quartz crsytal in the middle. This crystal is entwined with a double metal SBB coil which amplifies, moves and directs energy. The coils also considerably increases the power and range of the pyramid.

Weight is 683 grams / 24.09 ounces. It has the same proportions as the Original Giza Pyramid in Cheops Egypt.