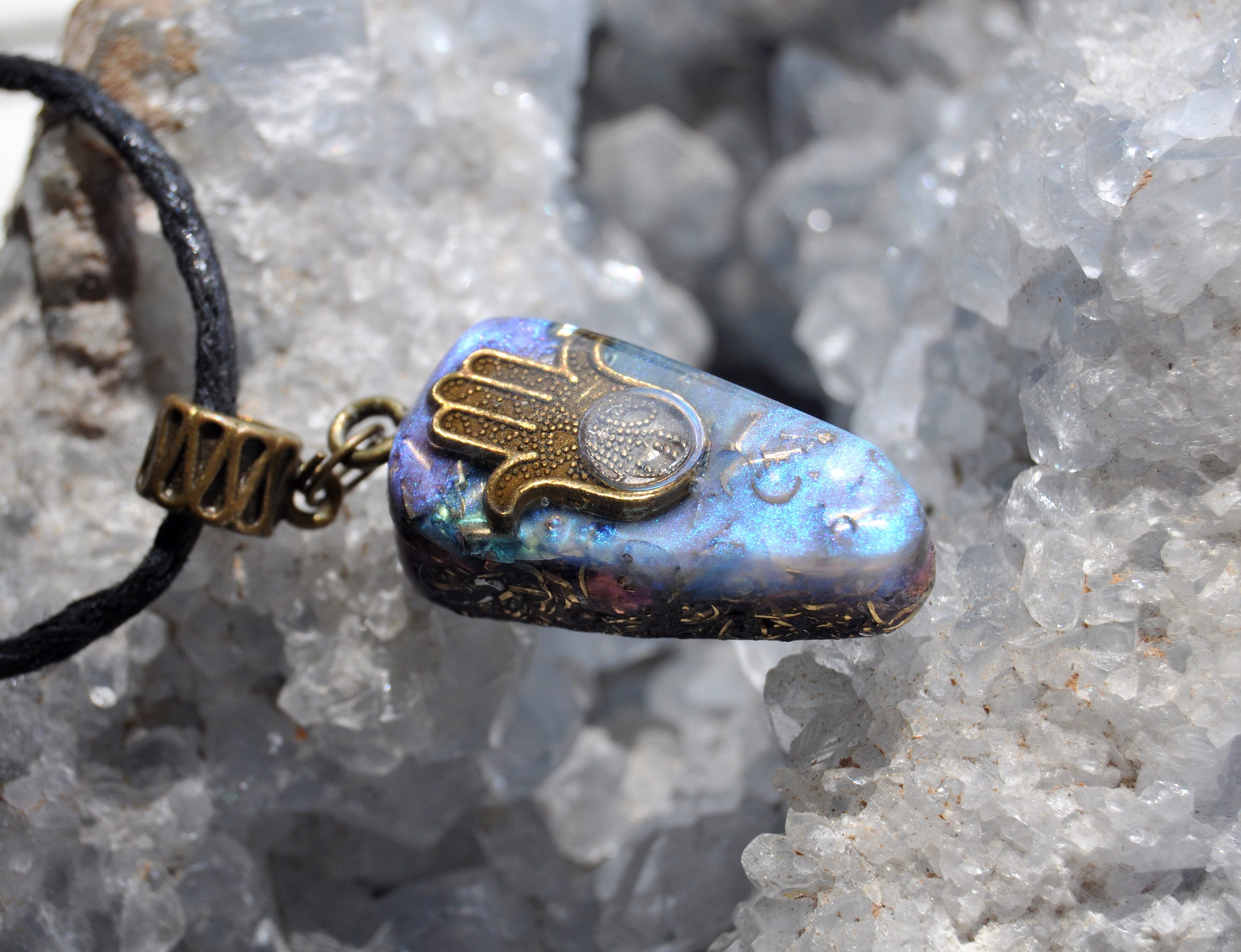 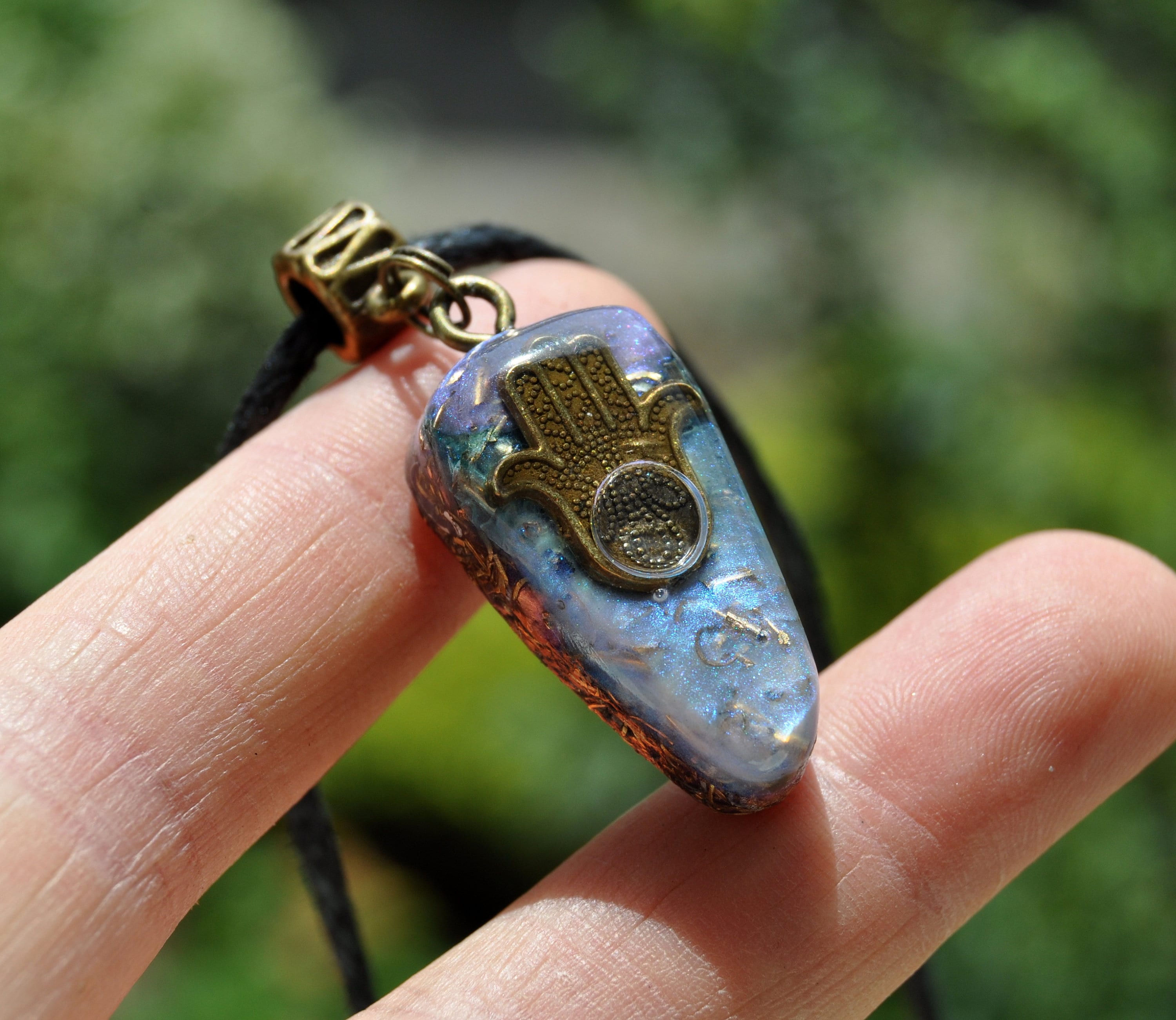 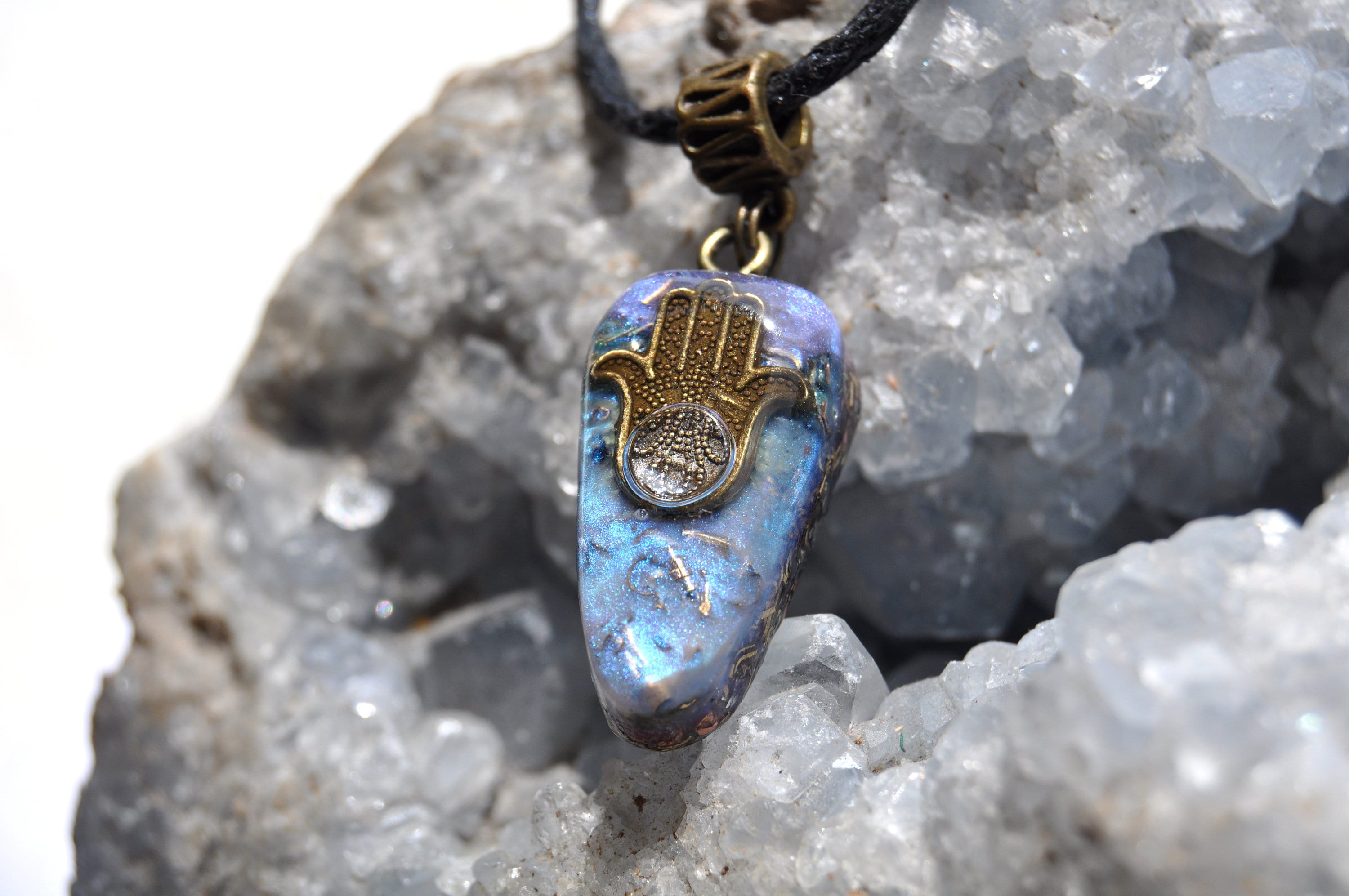 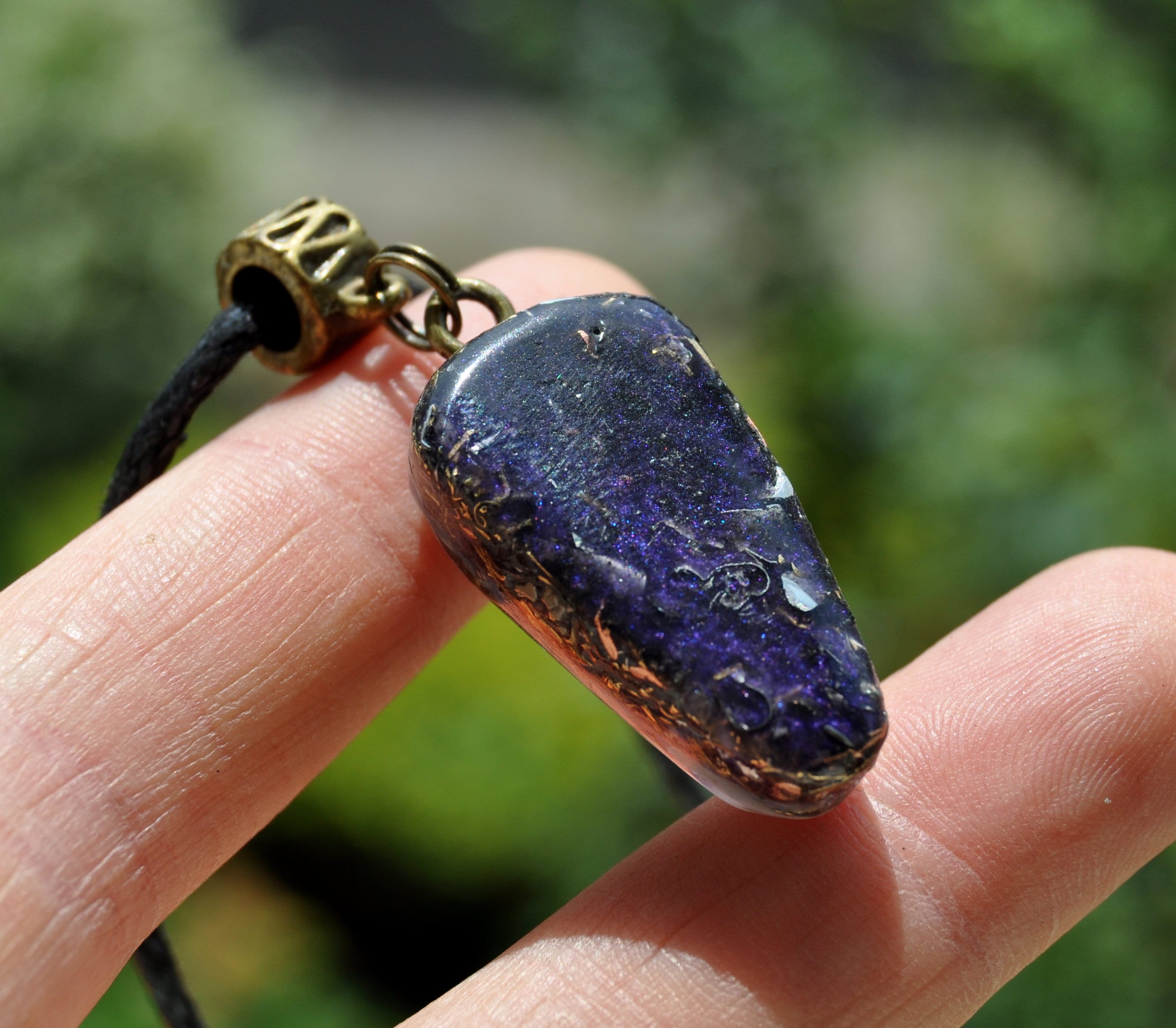 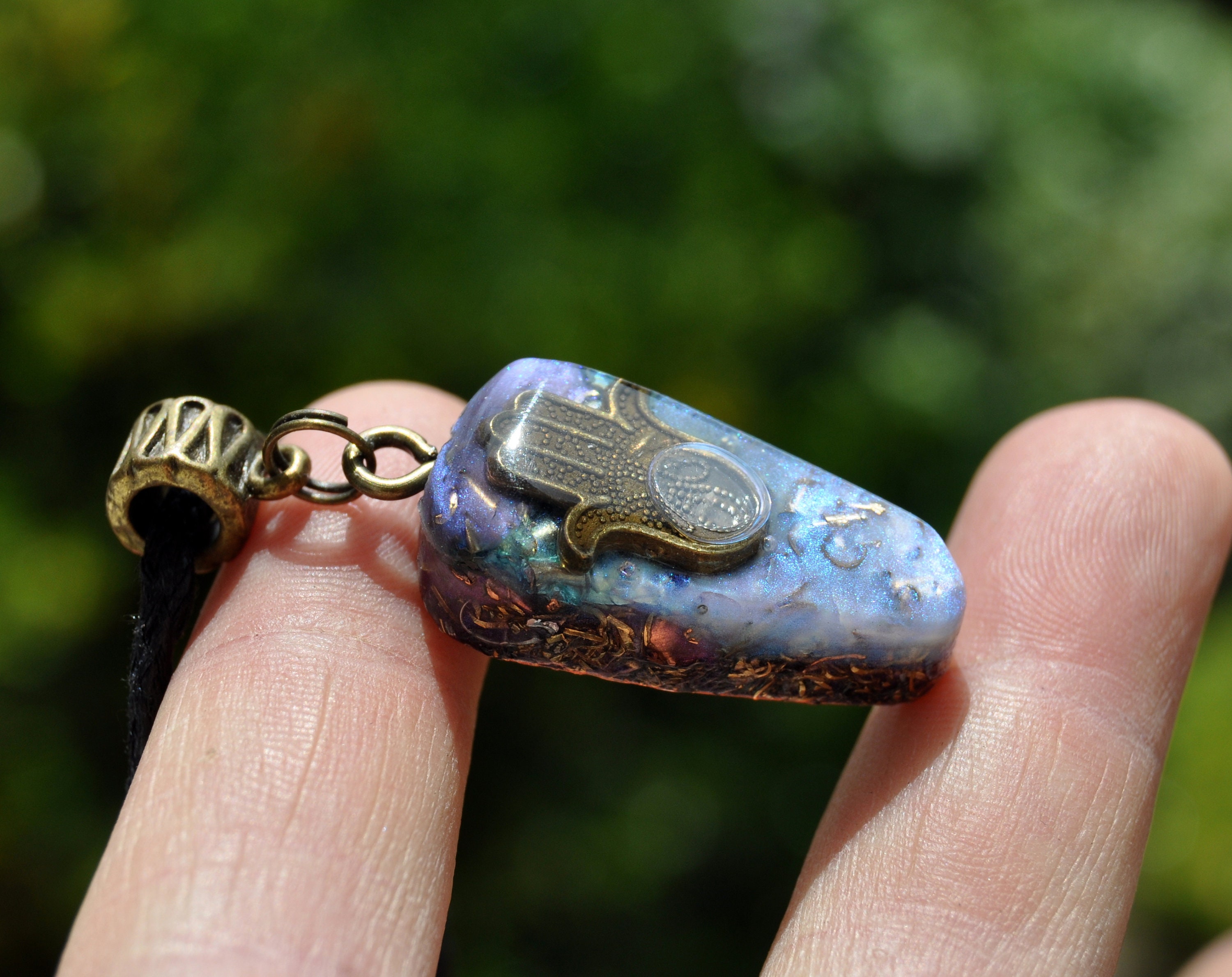 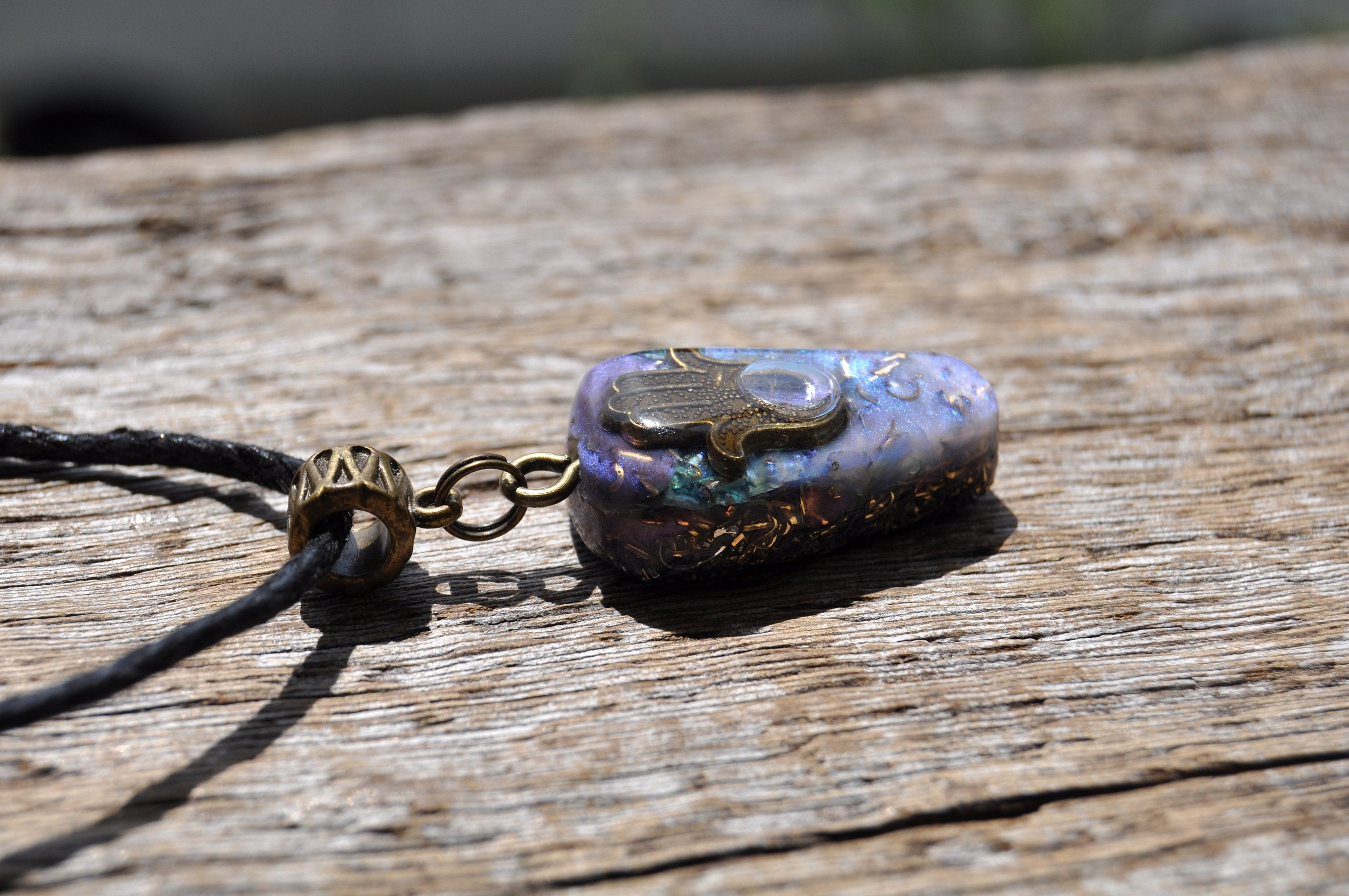 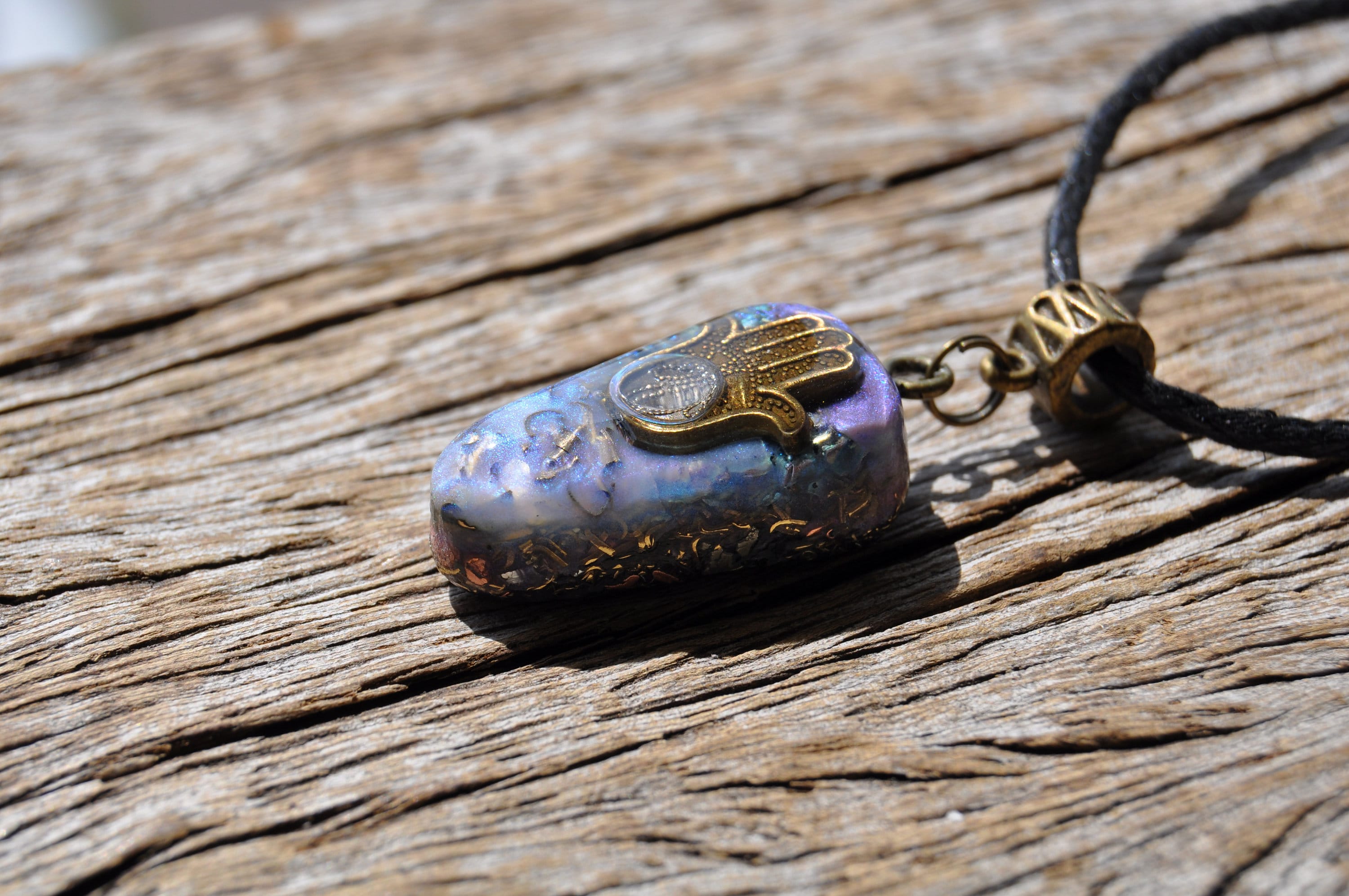 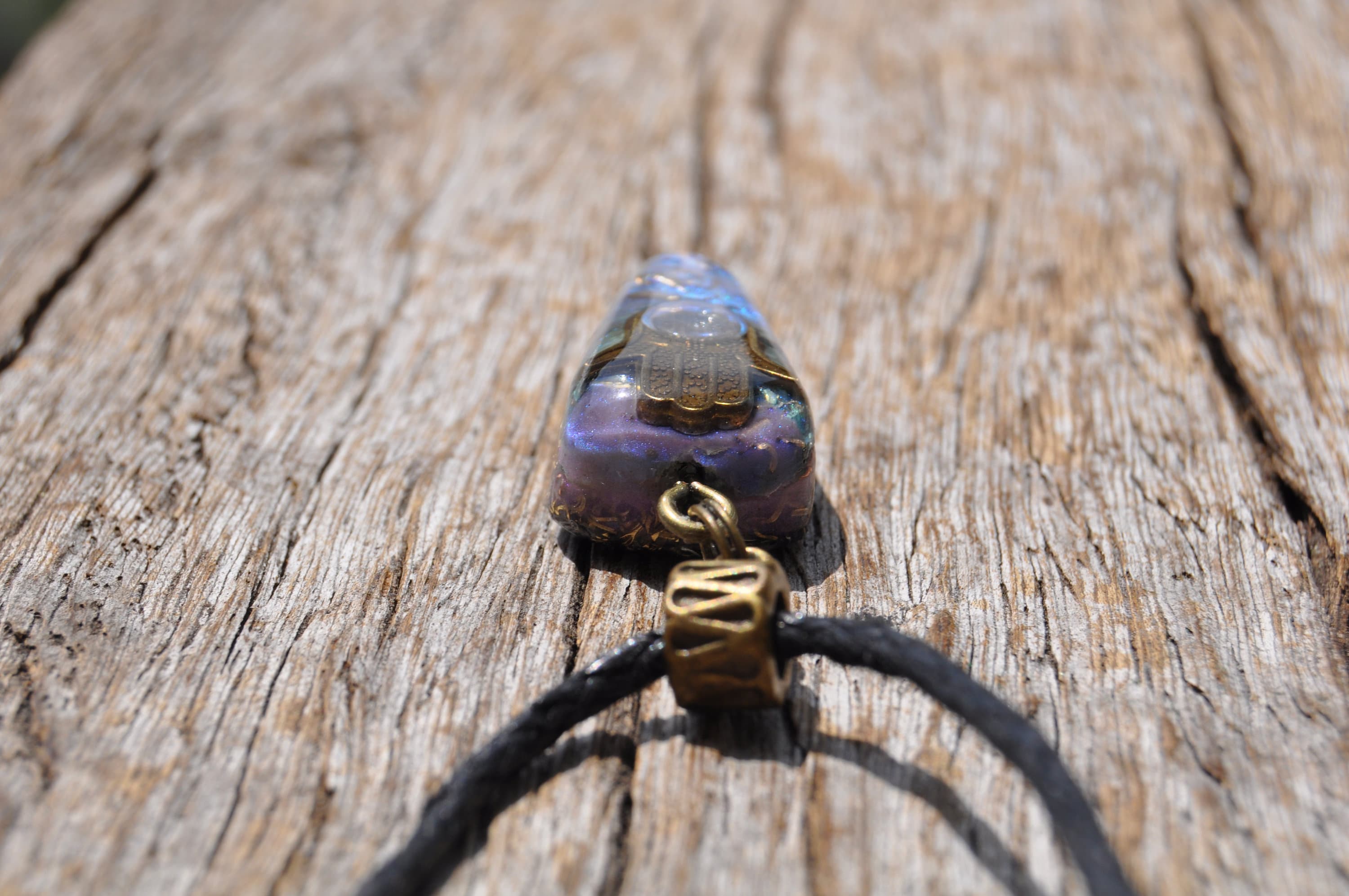 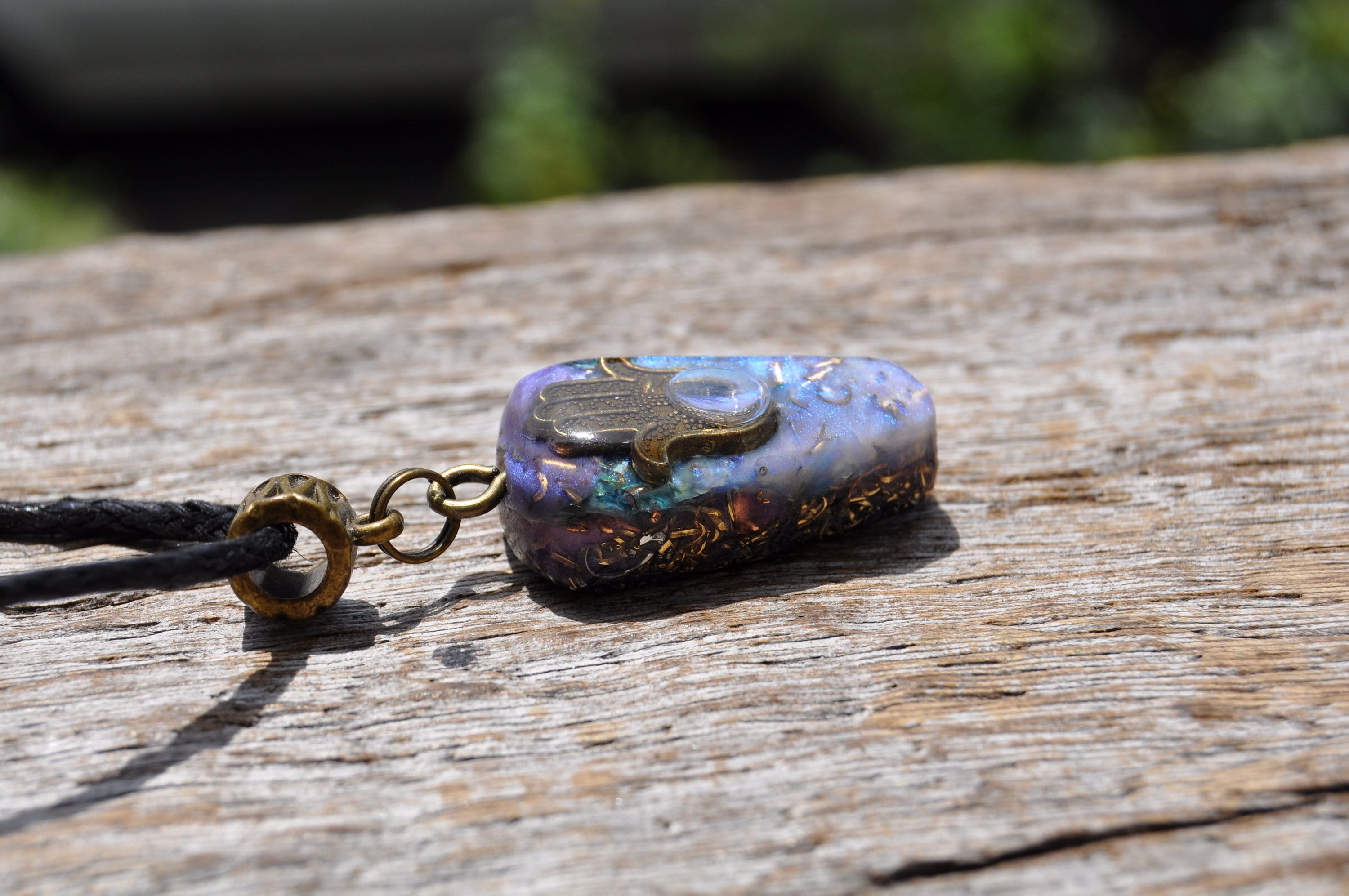 This unique teardrop shaped Orgonite® pendant has a piece of raw blue Apatite crystal in the front and around it pure copper shavings. It furthermore contains some bronze and brass shavings and a base mix of Rose quartz (self love), Rhodizite (to amplify the other crystals), Elite Shungite (protection), black Tourmaline (to ground excess energy and for protection) in between the durable resin metal layers.