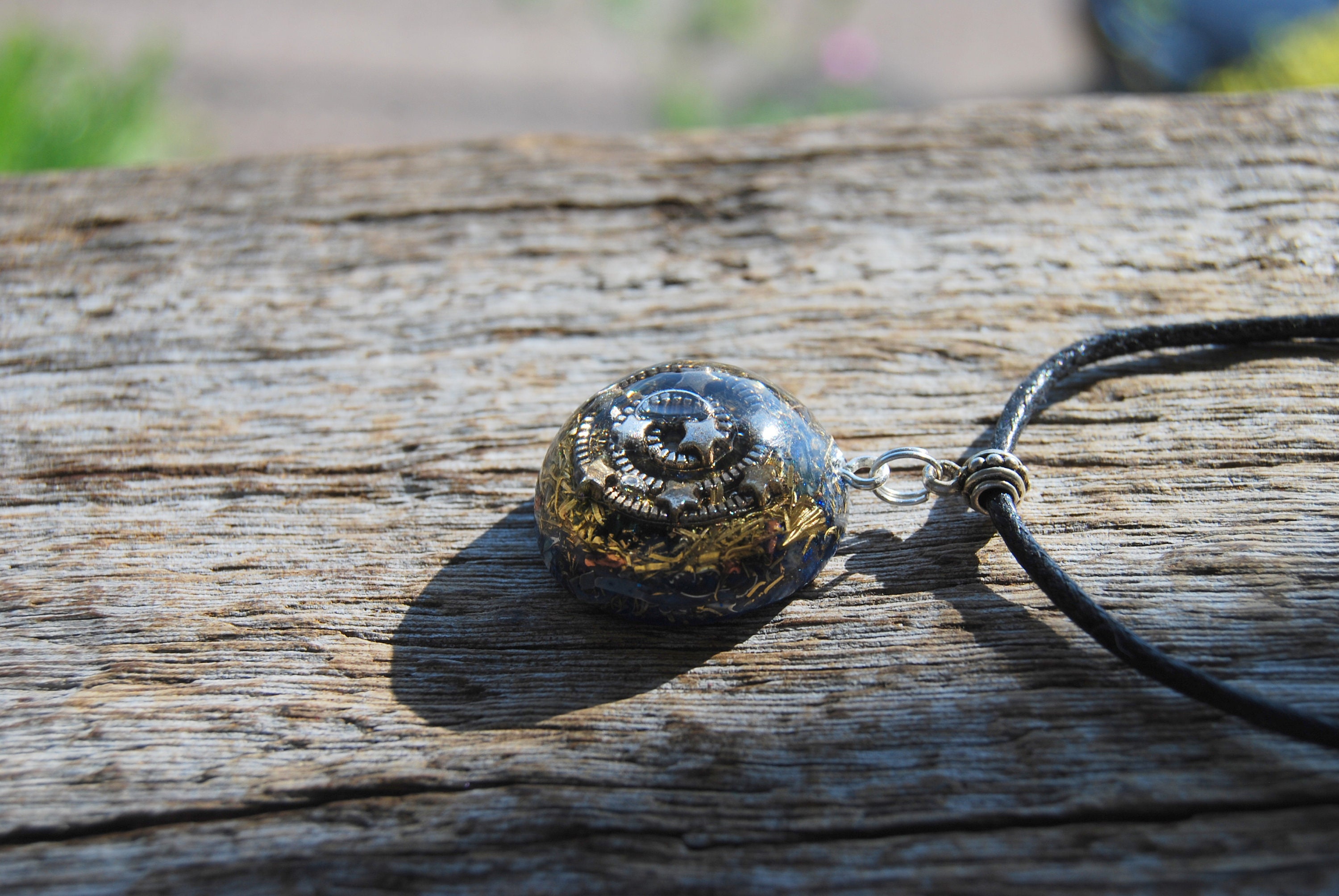 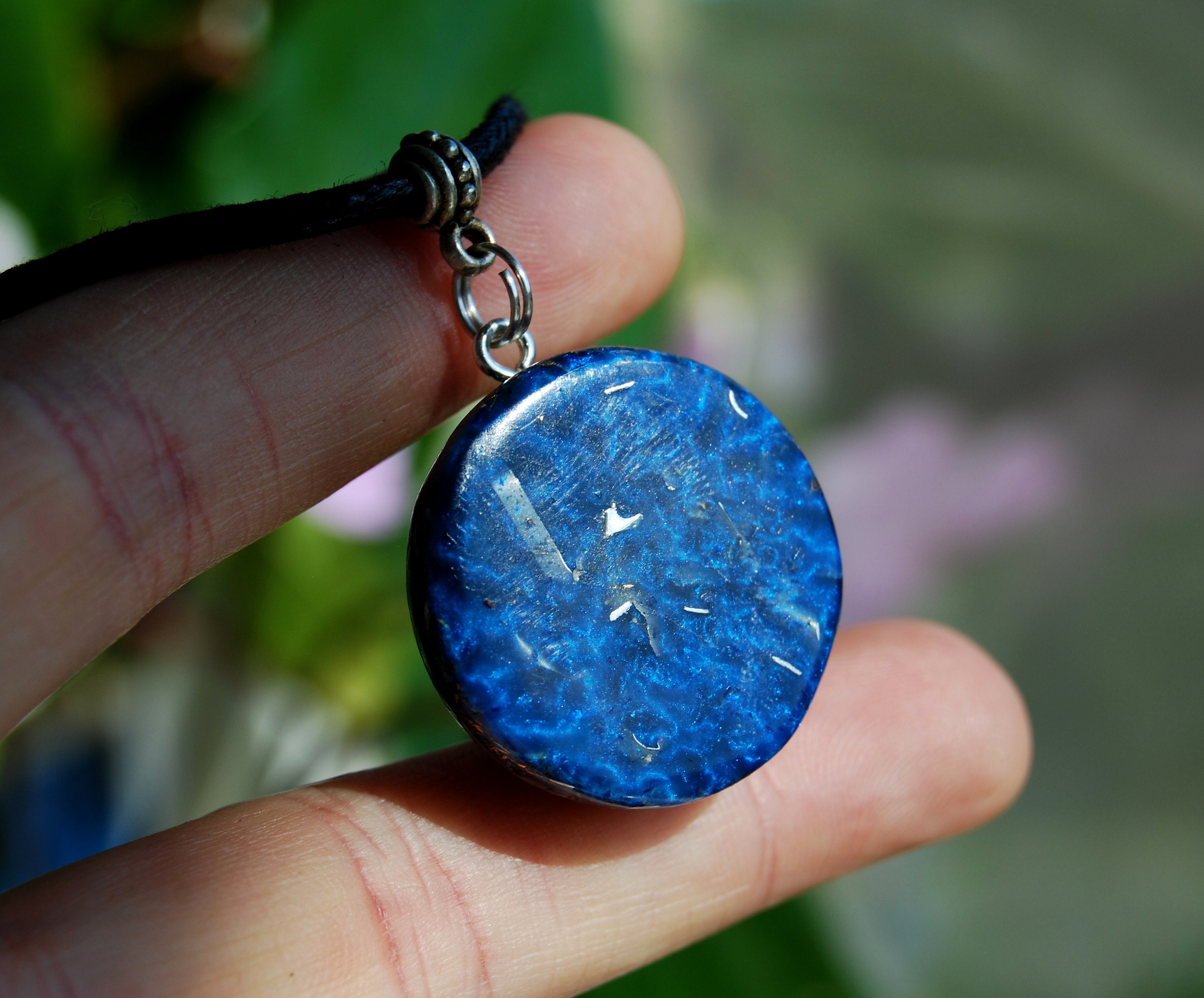 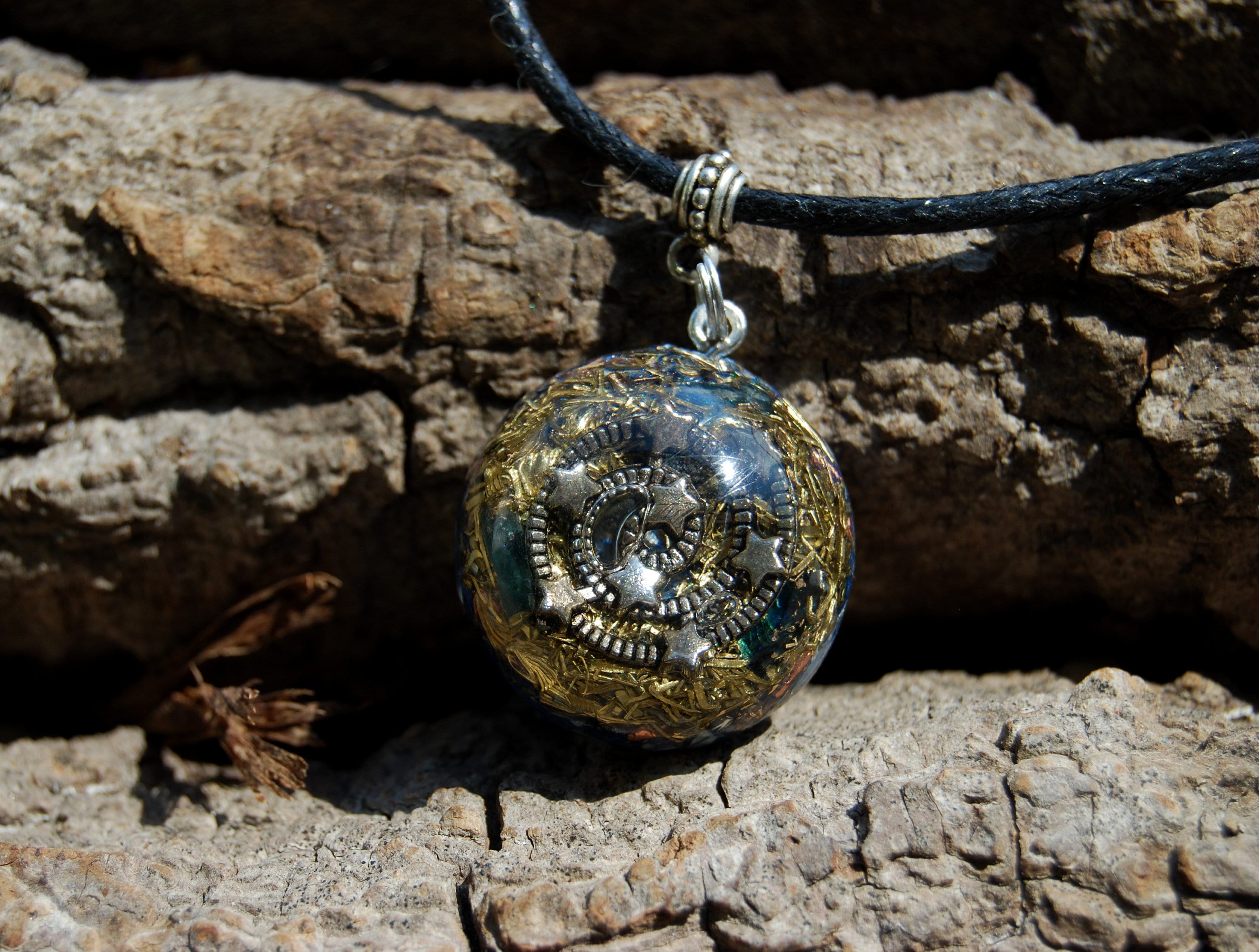 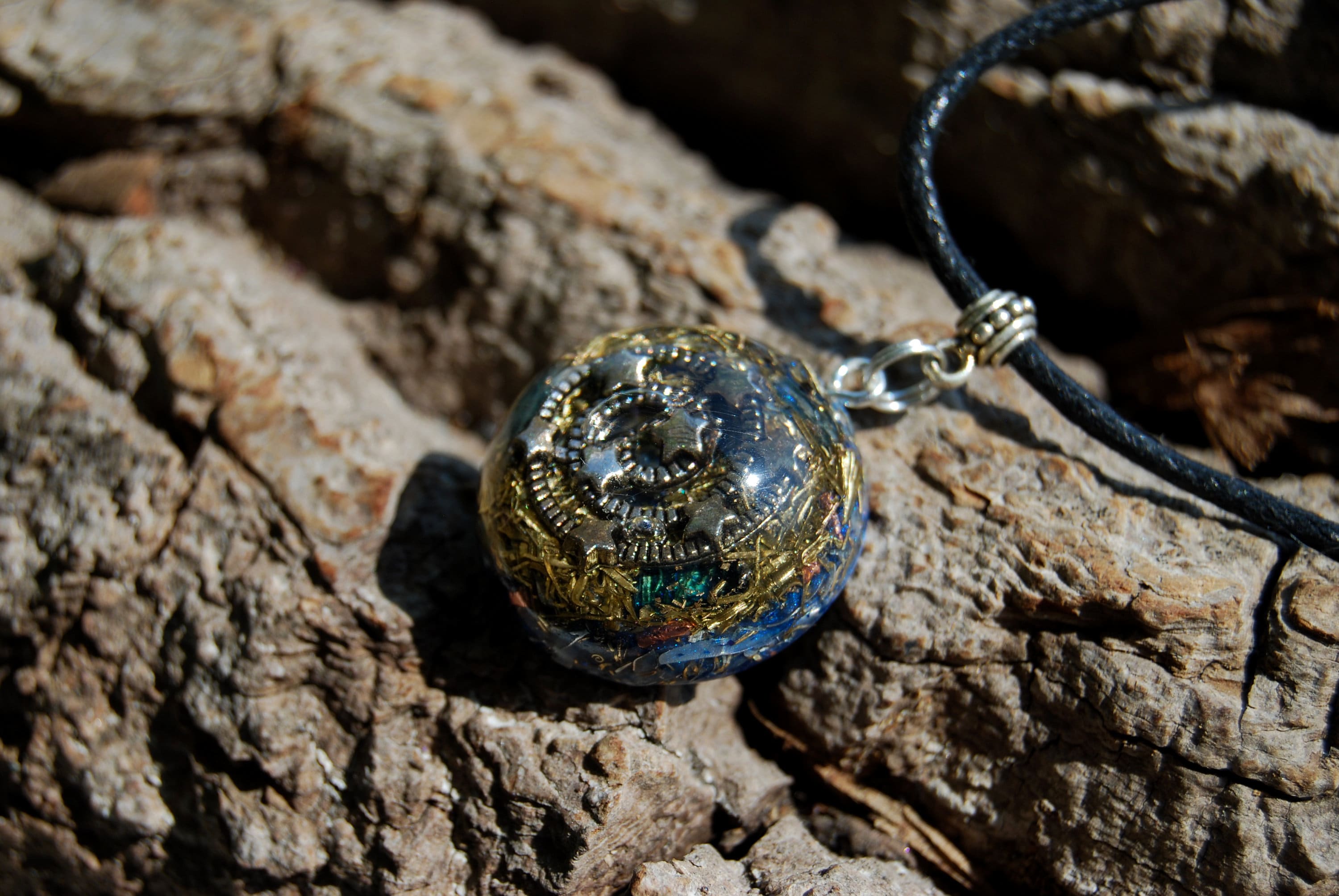 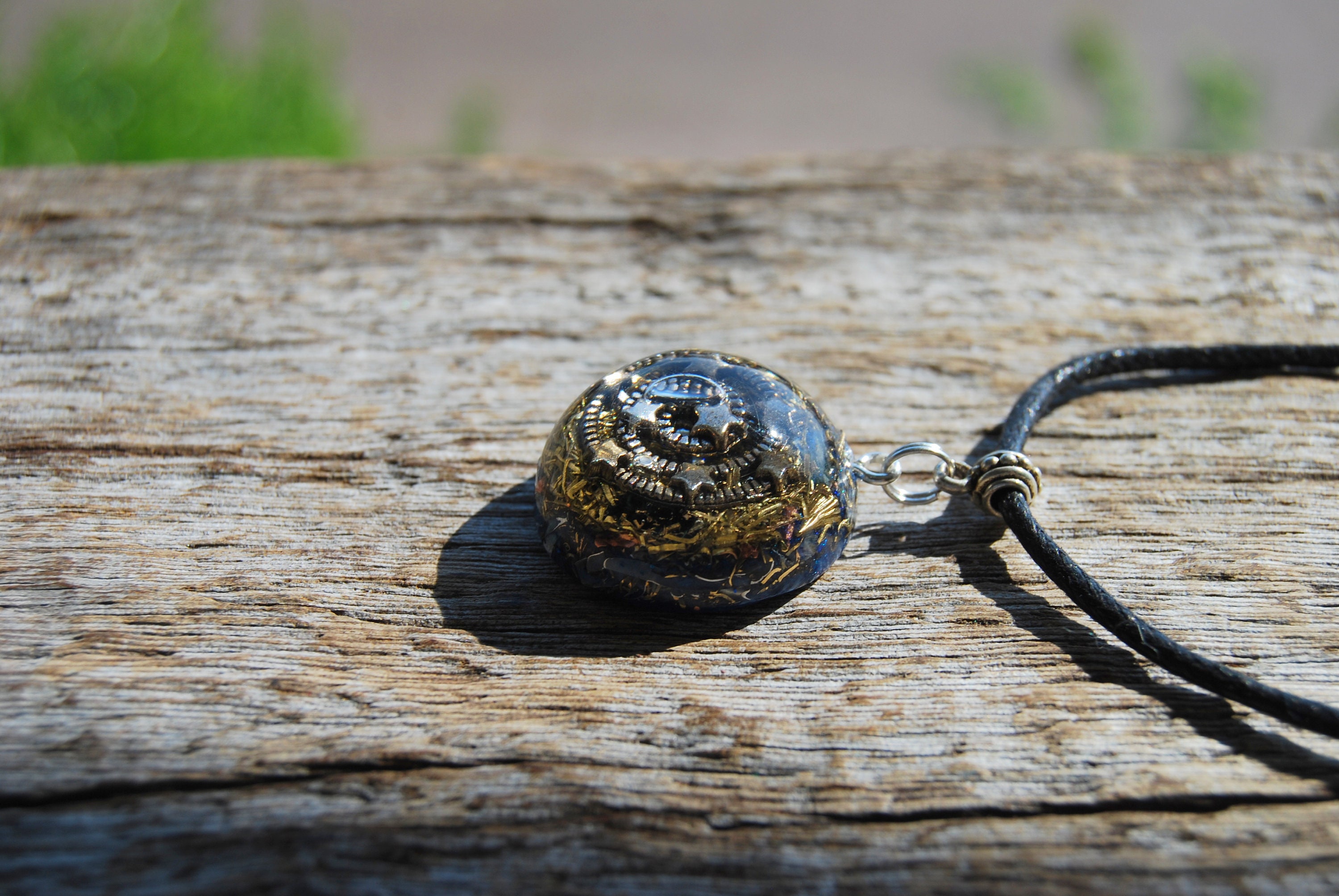 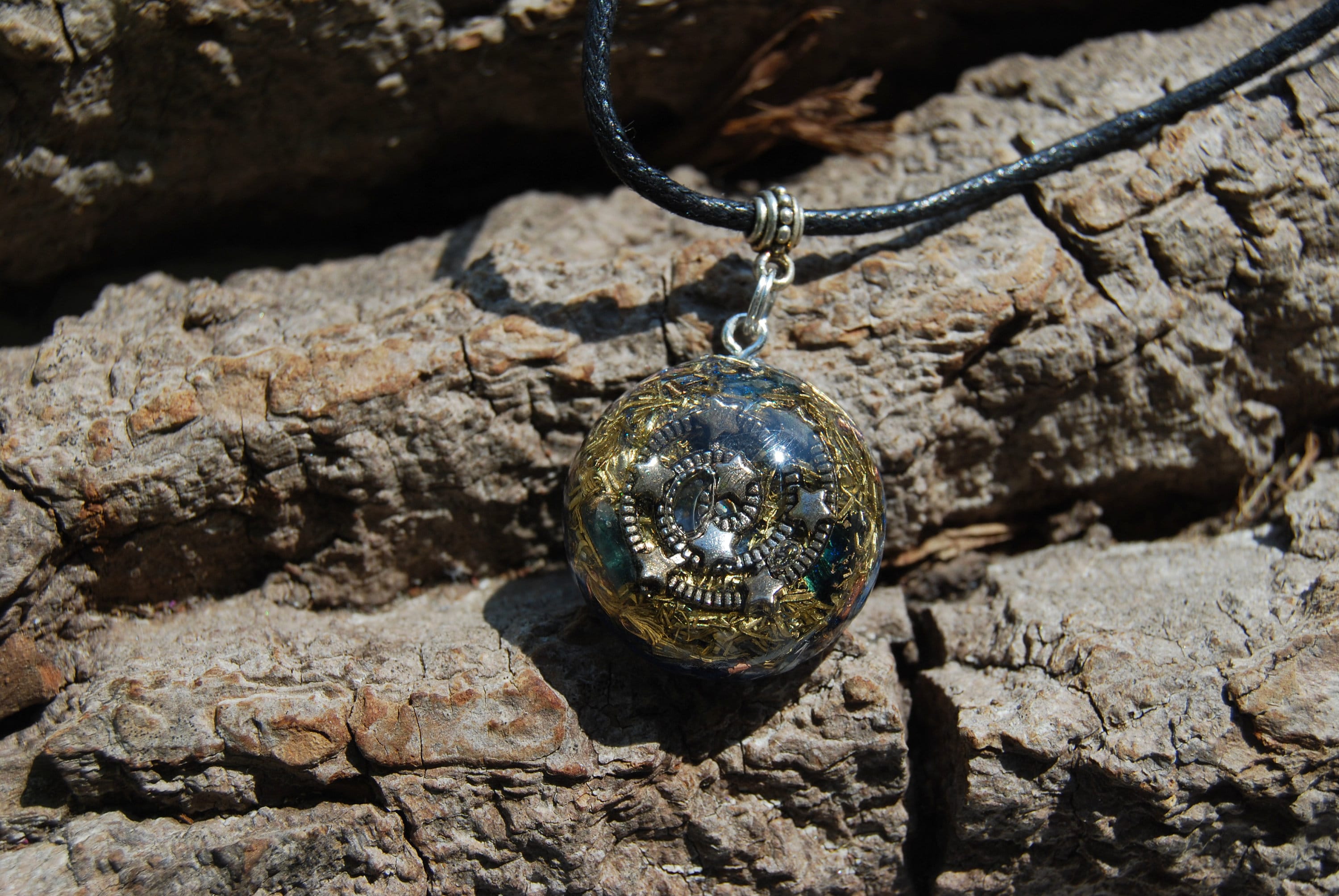 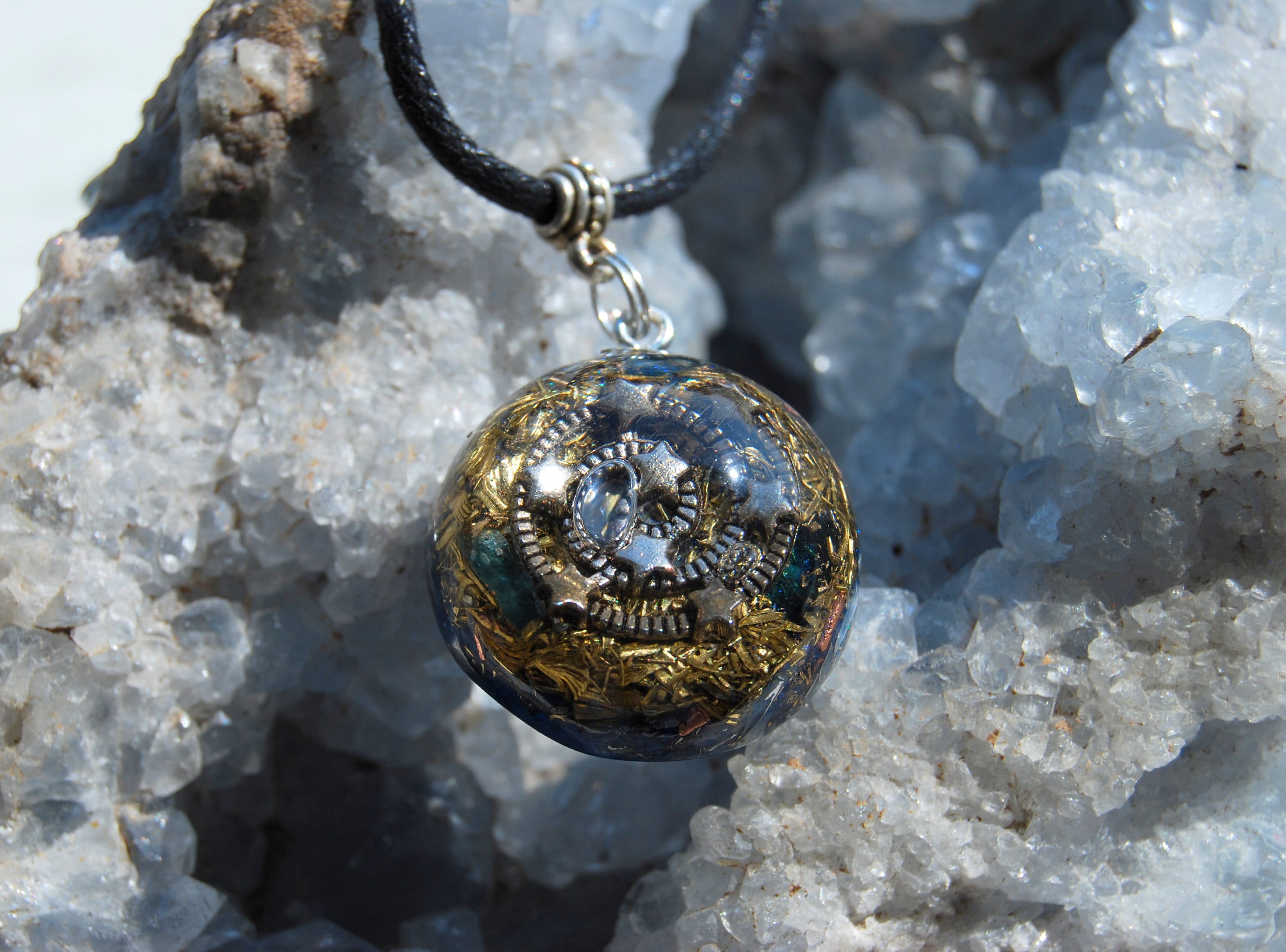 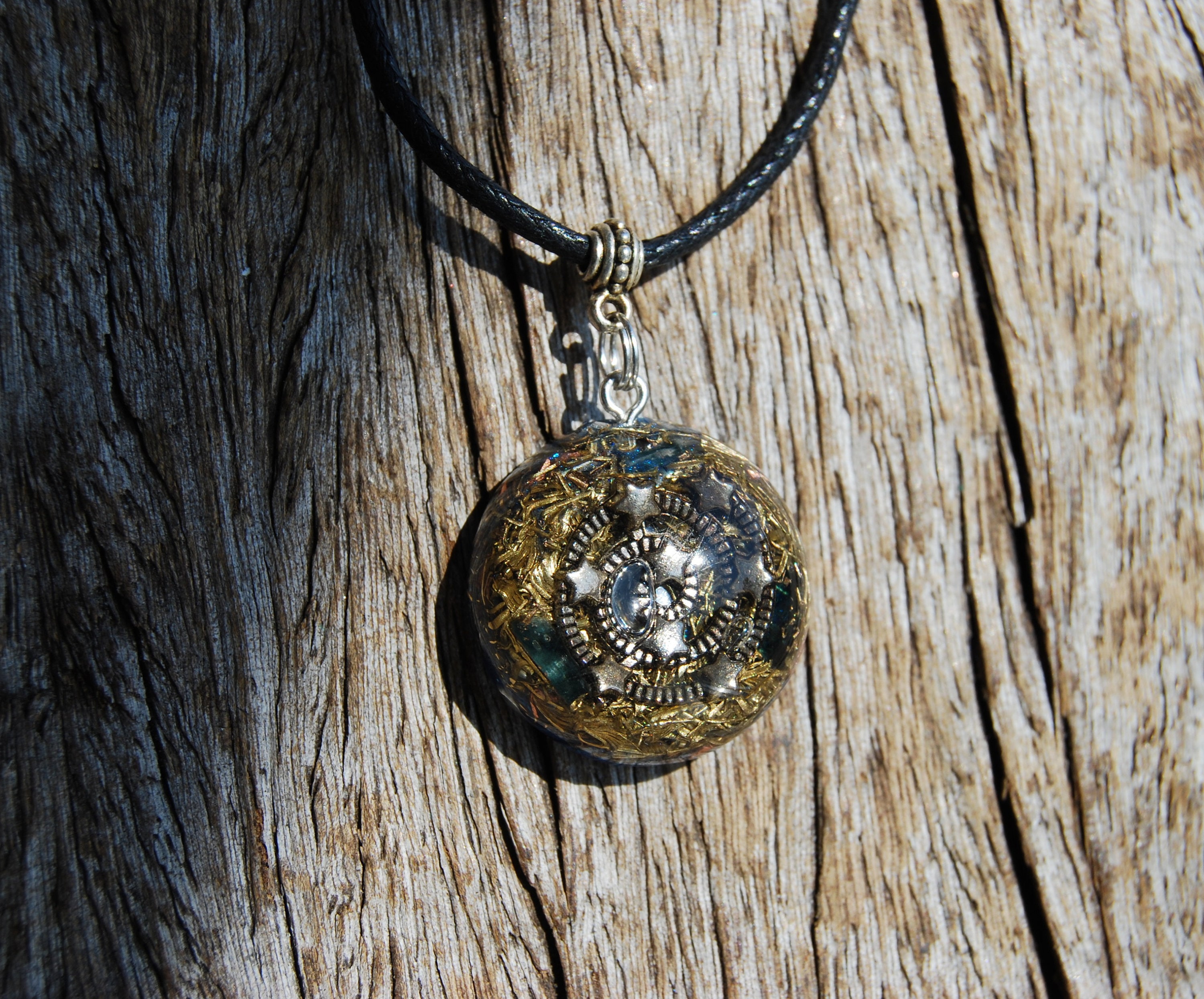 This unique 2.7 cm / 1.1" in diameter orgone pendant feathures a spiral galaxy with stars in the front surrounded by three natural blue Tourmaline (Indicolite) crystals. It furhtermore consists of contains brass, aluminum and copper shavings. It contains Pyrite (to enhance), Rhodizite (to amplify), black Tourmaline (to ground and protect), Rose Quartz (love, self-love), Selenite (to charge and clean) and clear Quartz (for piezo electric effect) all within a durable polyester resin setting for optimal shrinkage/pressure on the quartz.

It has lots of metal shavings which is required for the orgonite to properly work according to Wilhelm Reich's research. The more metal shavings, the better ! You will get the pendant as shown in the pictures. It has a little airbubble in the front which you can see better in a certain light, therefore the price of this pendant is lower then usual.

It comes on an adjustablestrong cotton cord.

My Grandson Loved it. It is a very nice piece!