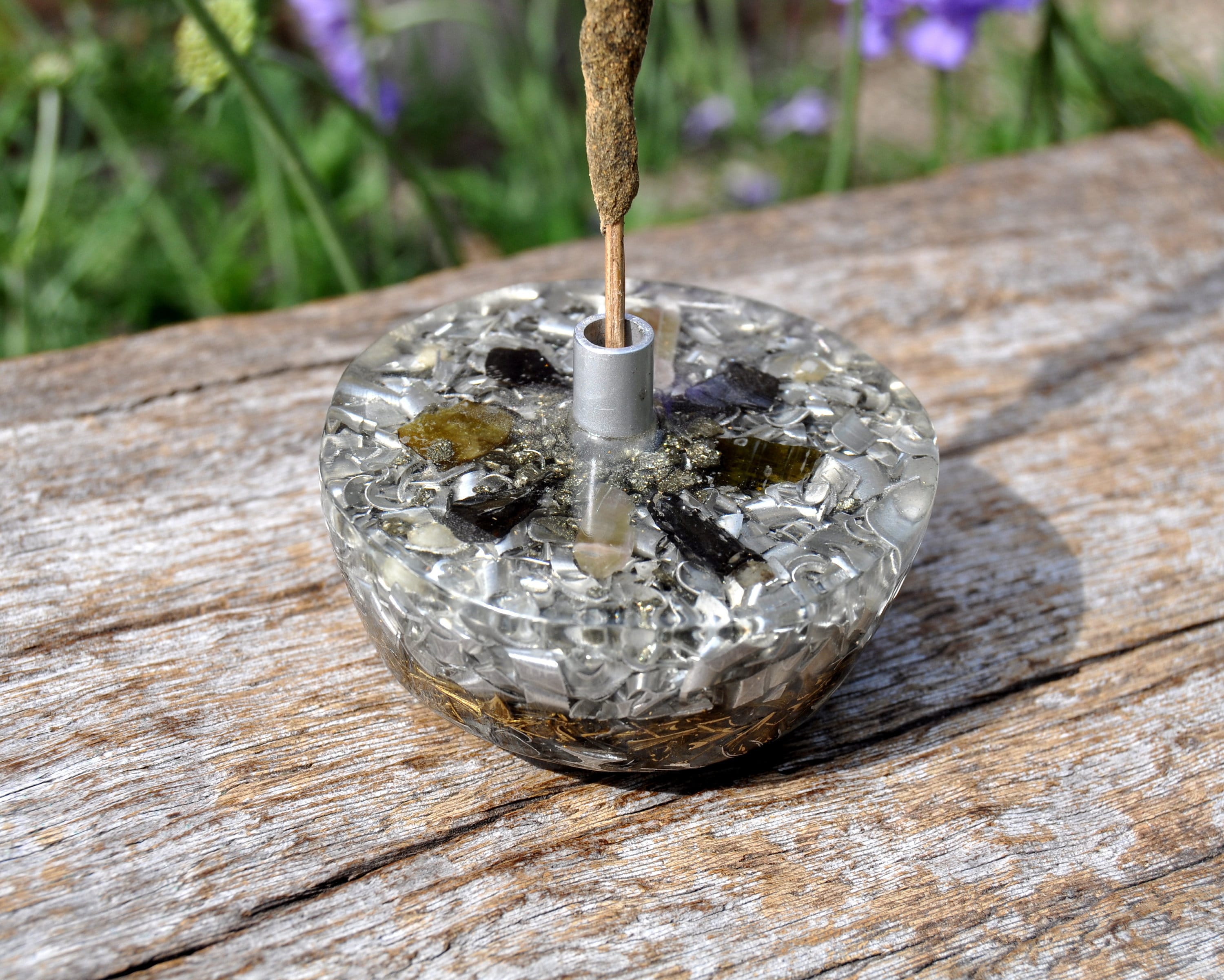 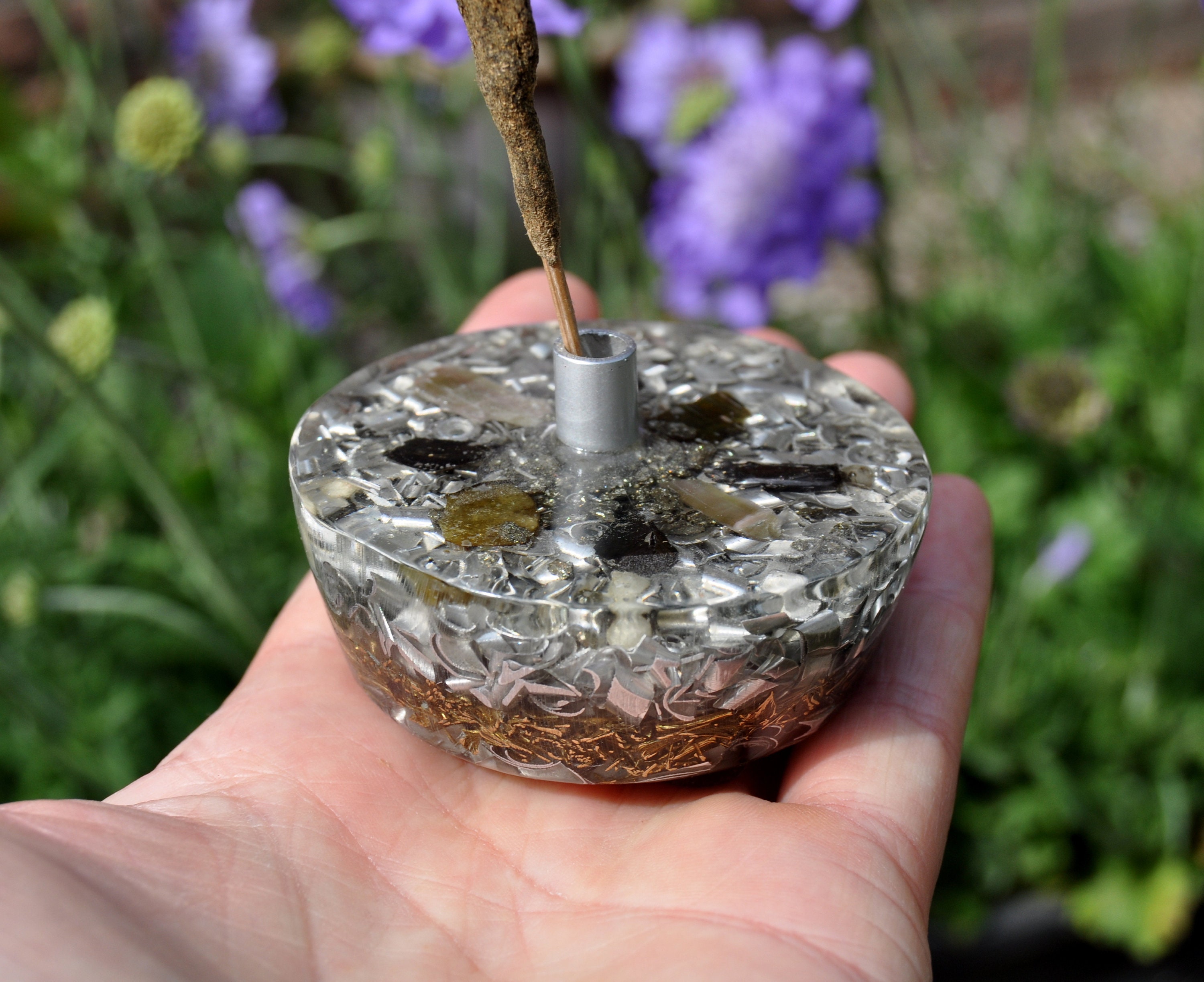 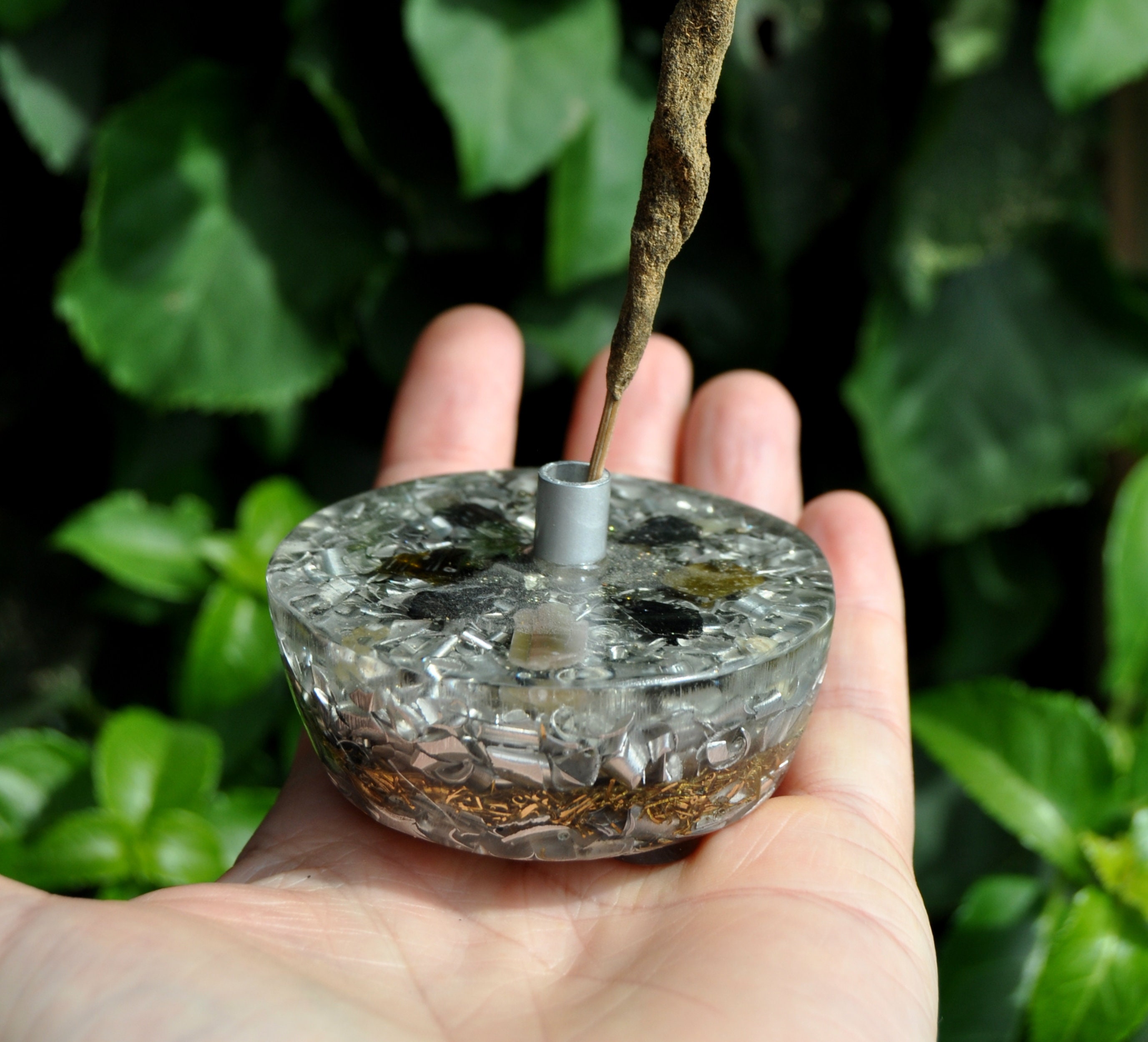 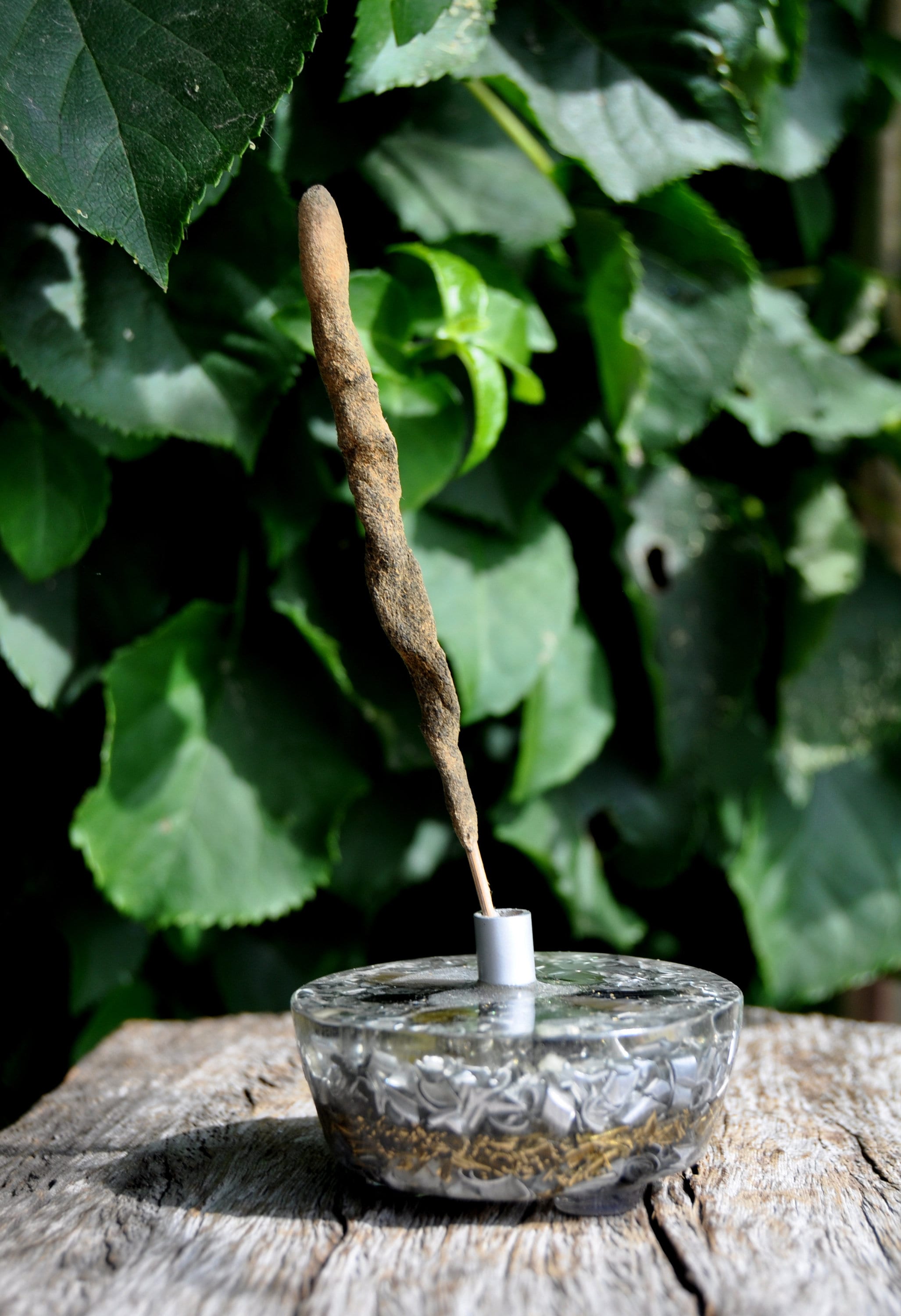 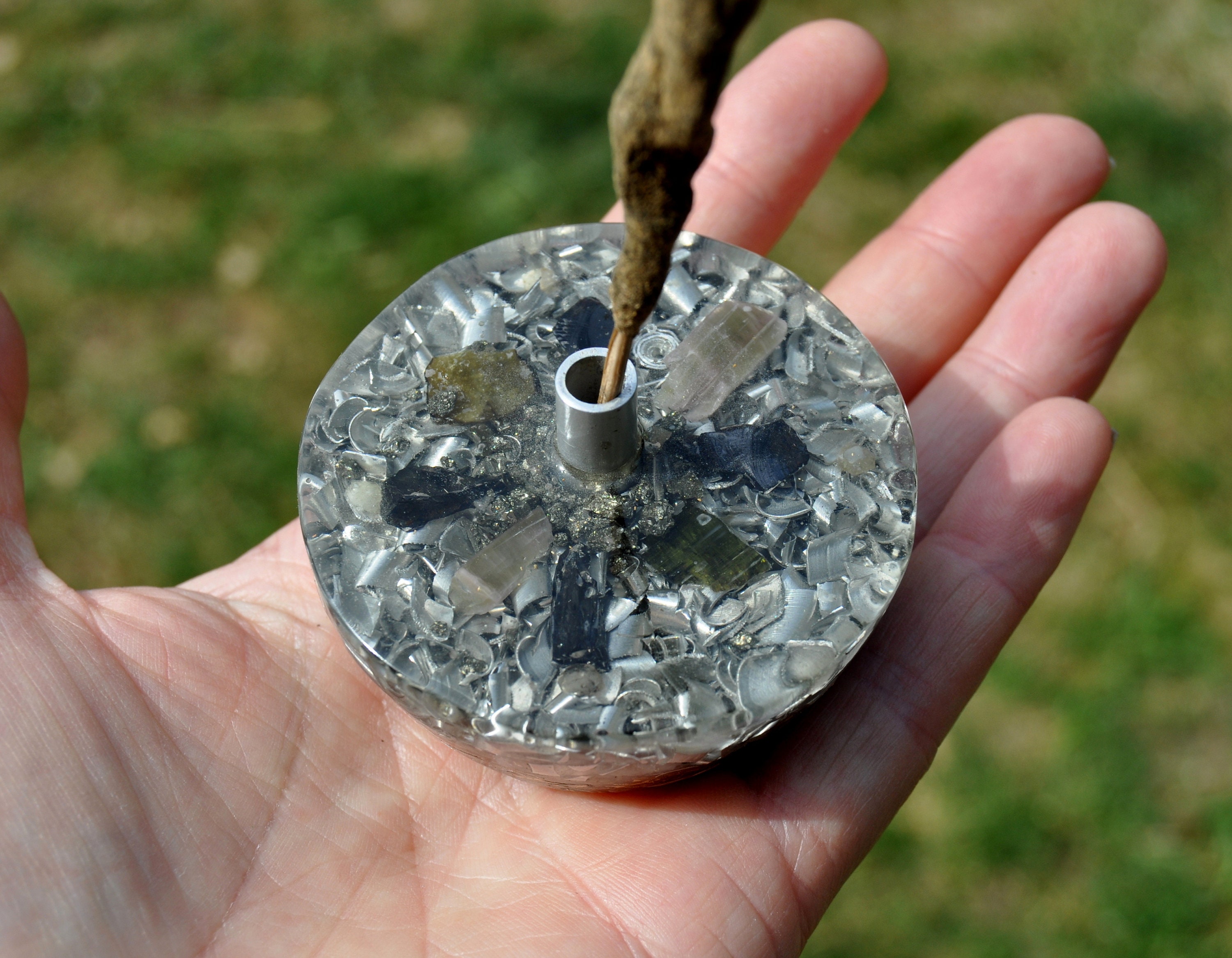 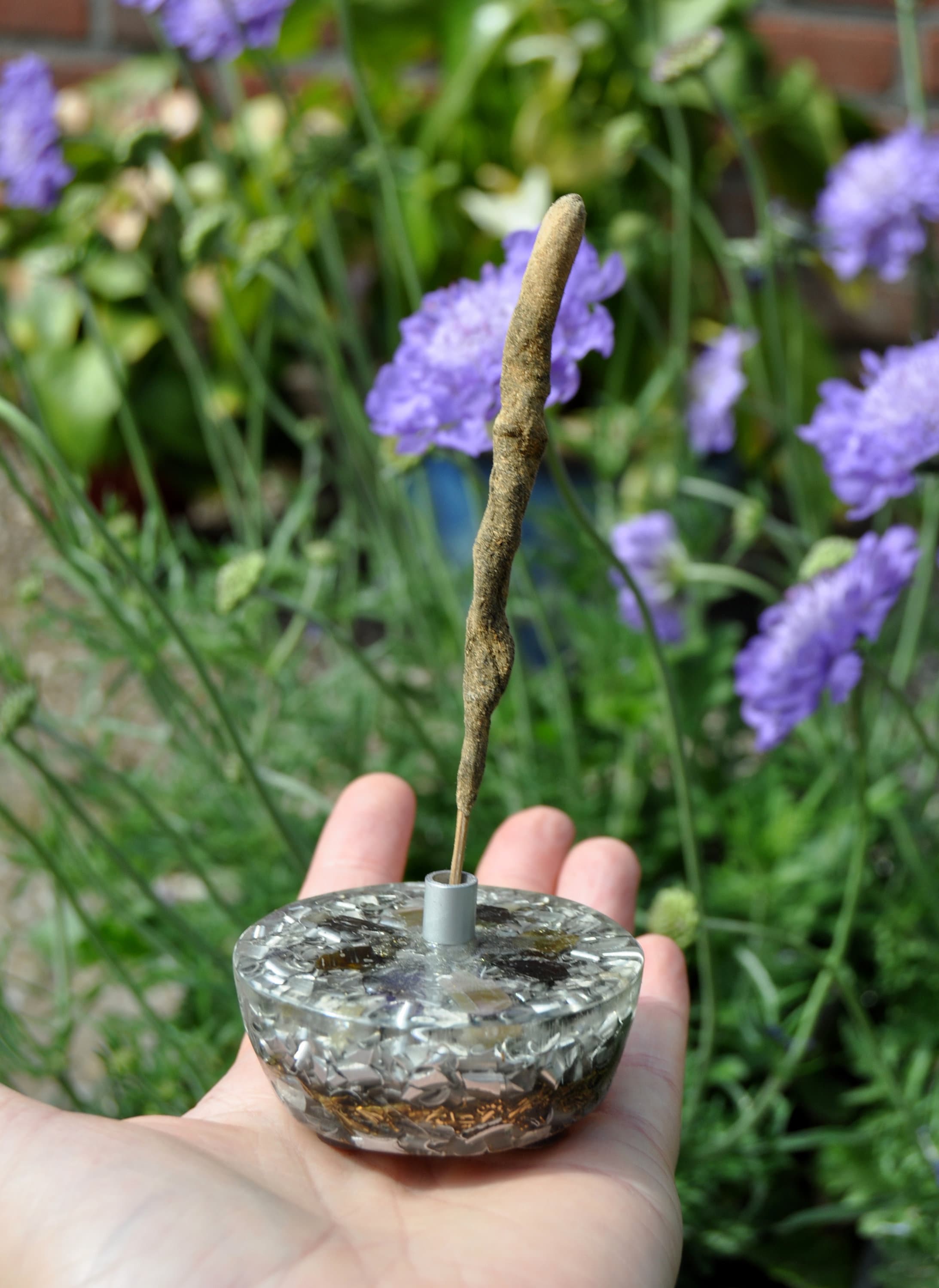 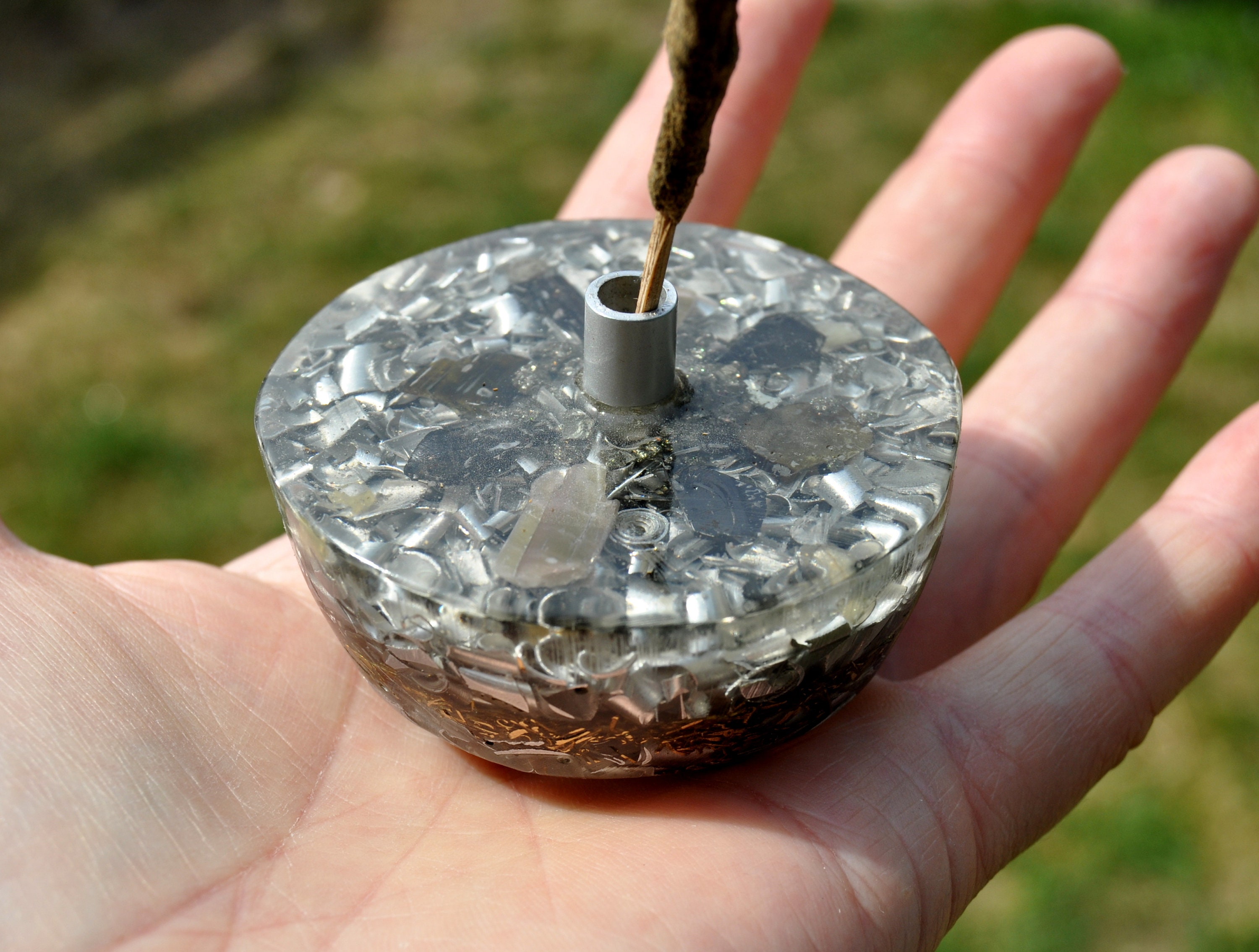 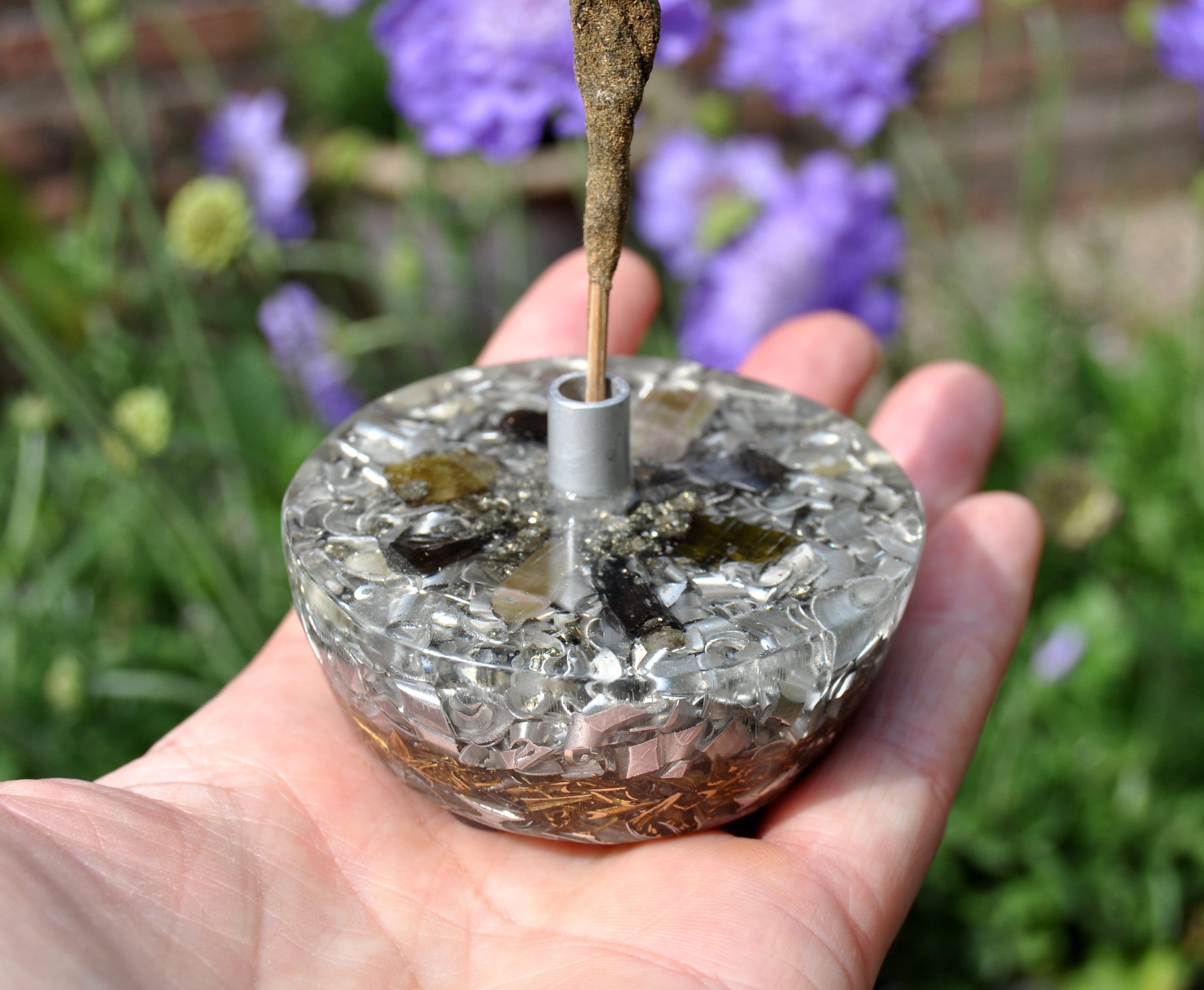 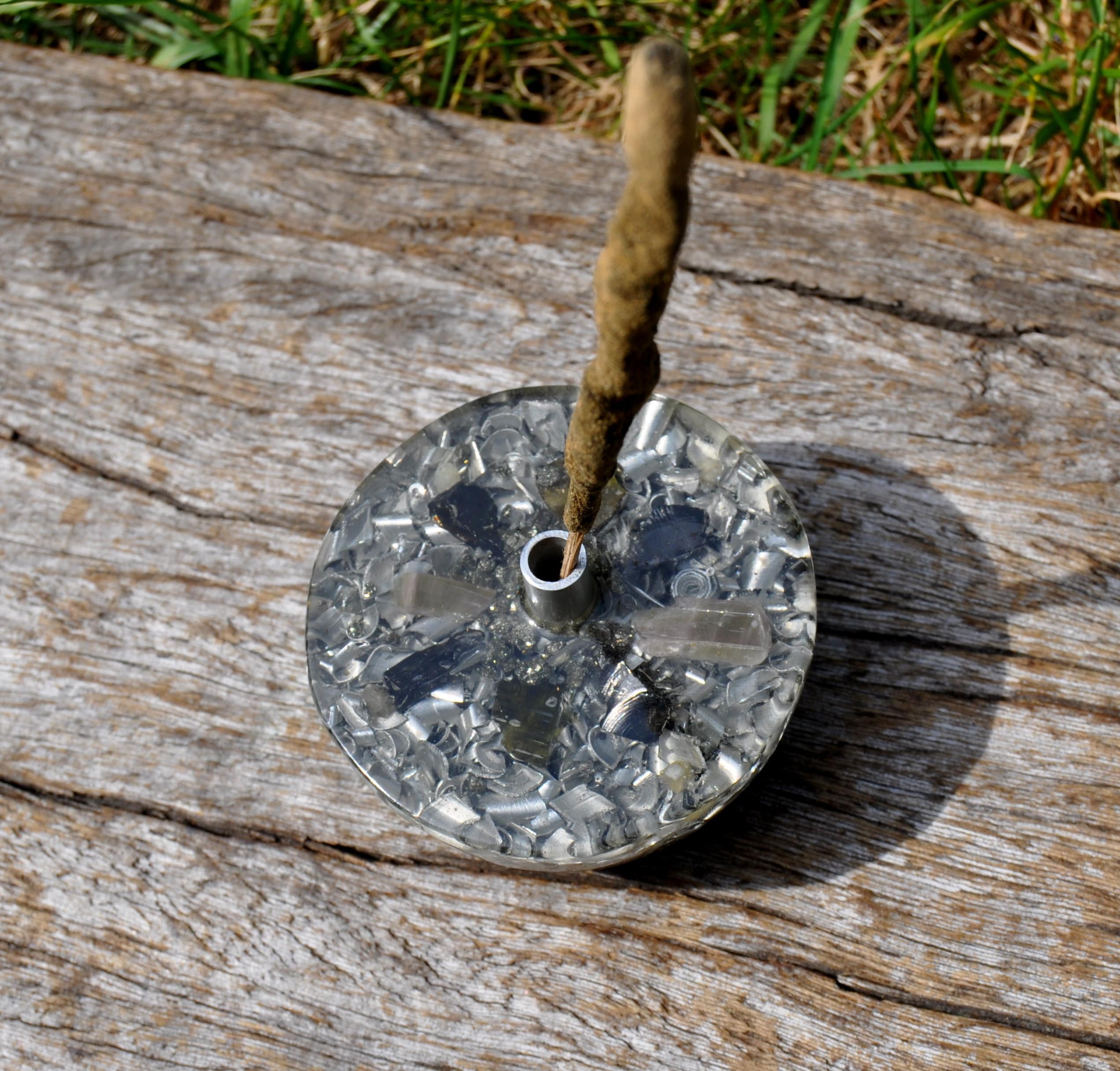 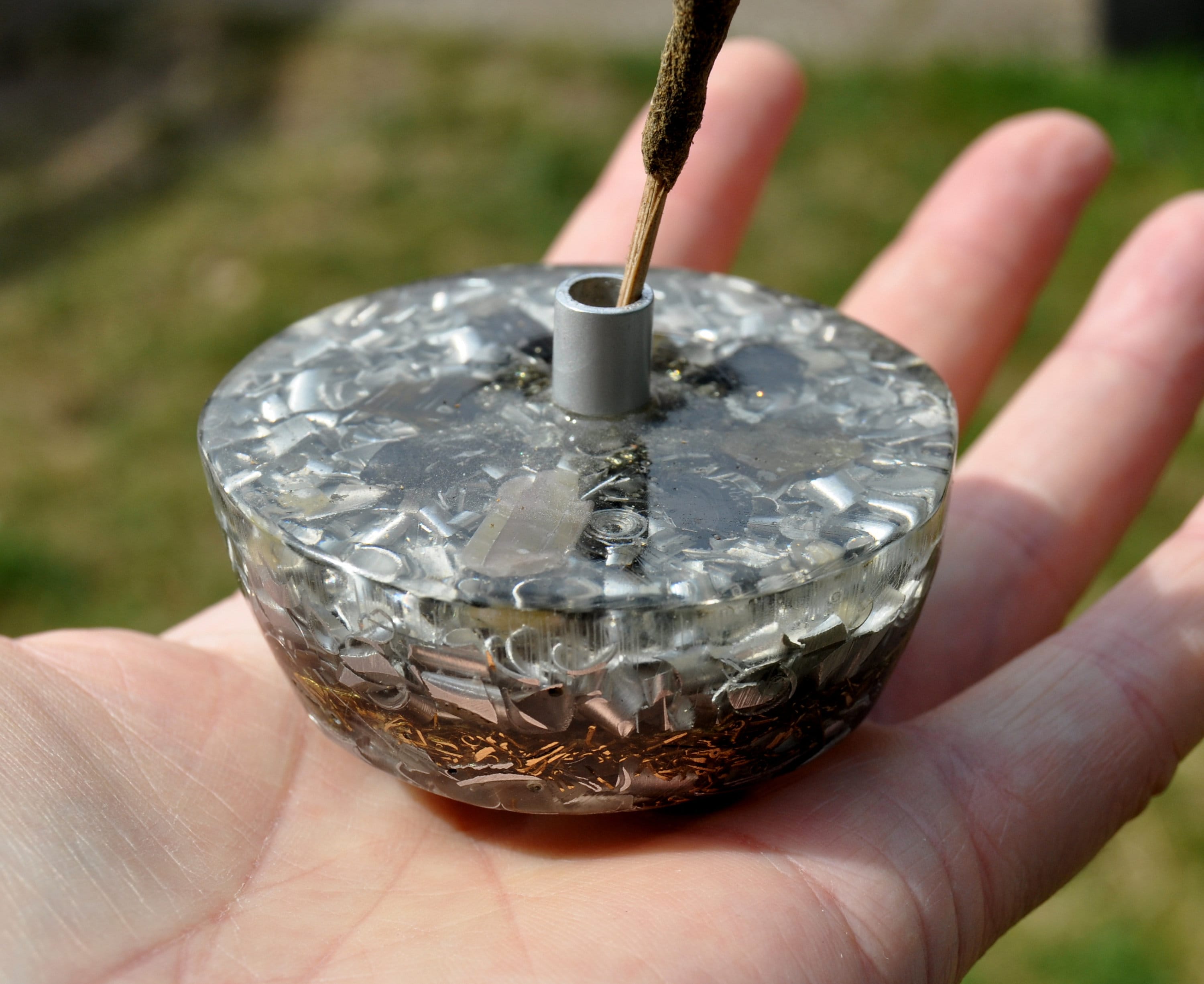 This is the first real Orgonite® |ncense Holder made with lots of metal shavings, raw green Tourmaline crystals (and some light pink Tourmalines) which you can see in the top.

It furthermore consists of black Tourmaline (for protection and grounding excess energy), Rhodizite (to amplify the other crystals), Elite Shungite (emf protection), Selenite (to clean and charge the other crystals) and clear quartz (for piezo electric effect) all within a durable resin setting.

You will get the holder as shown in the pictures.