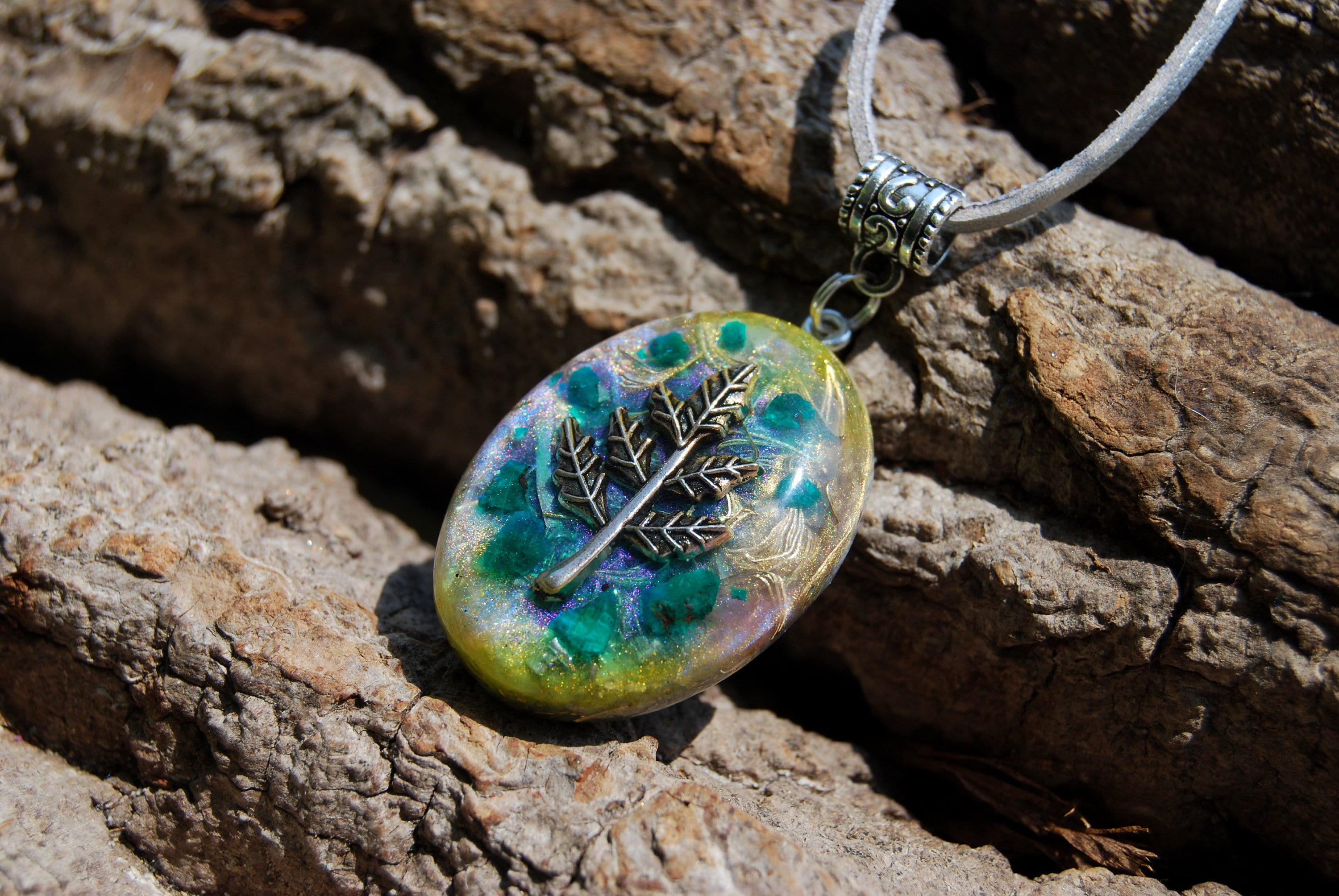 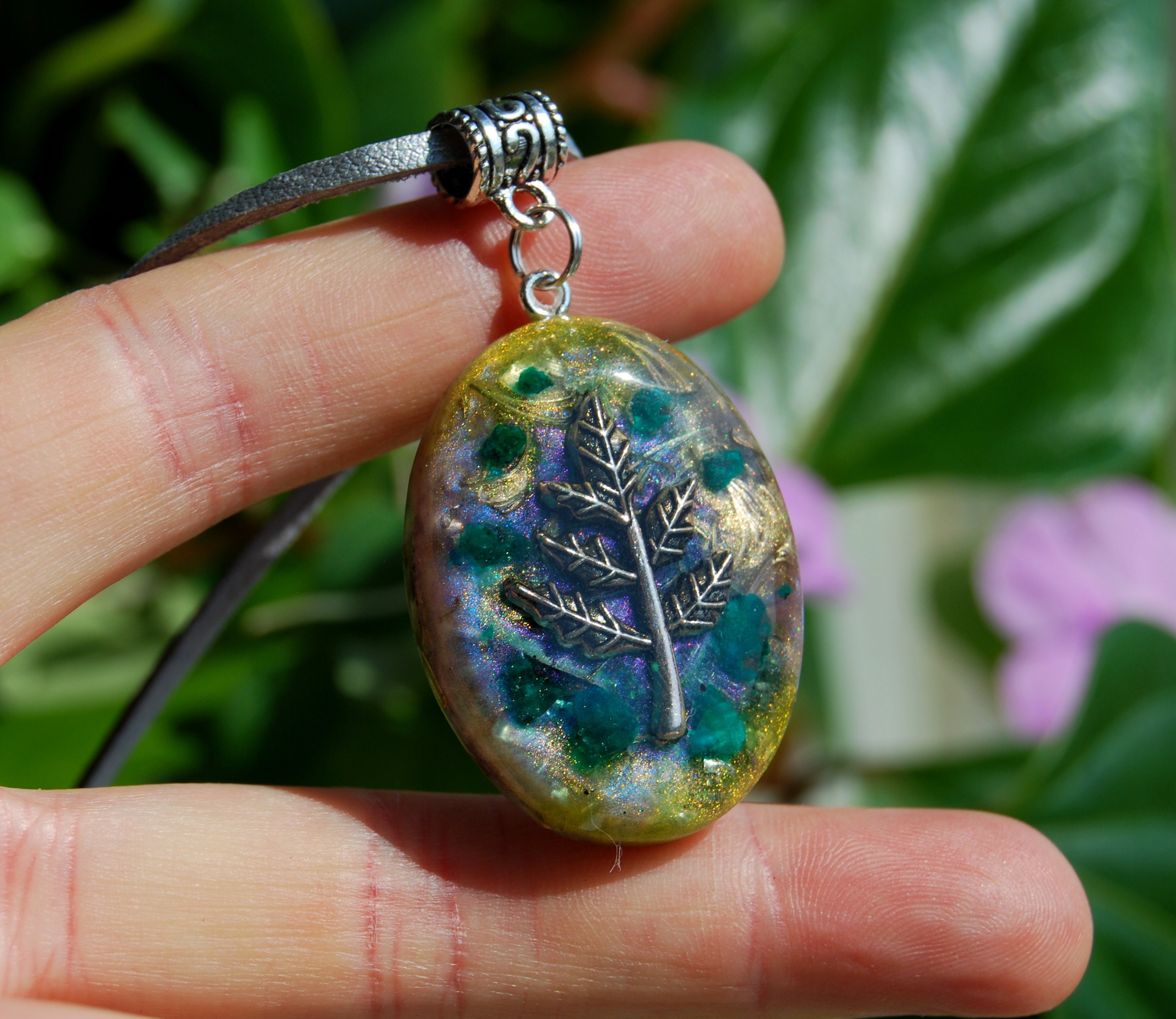 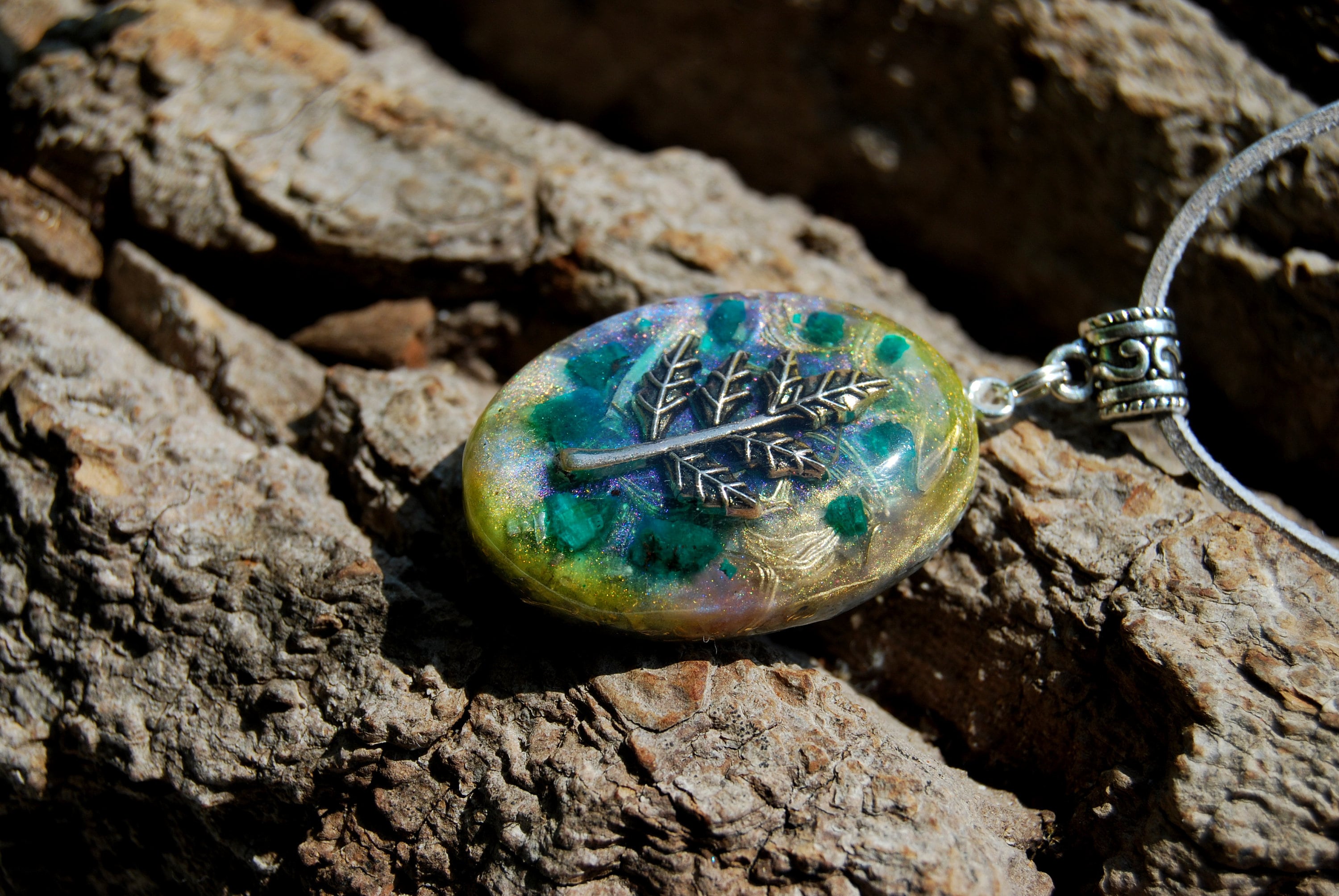 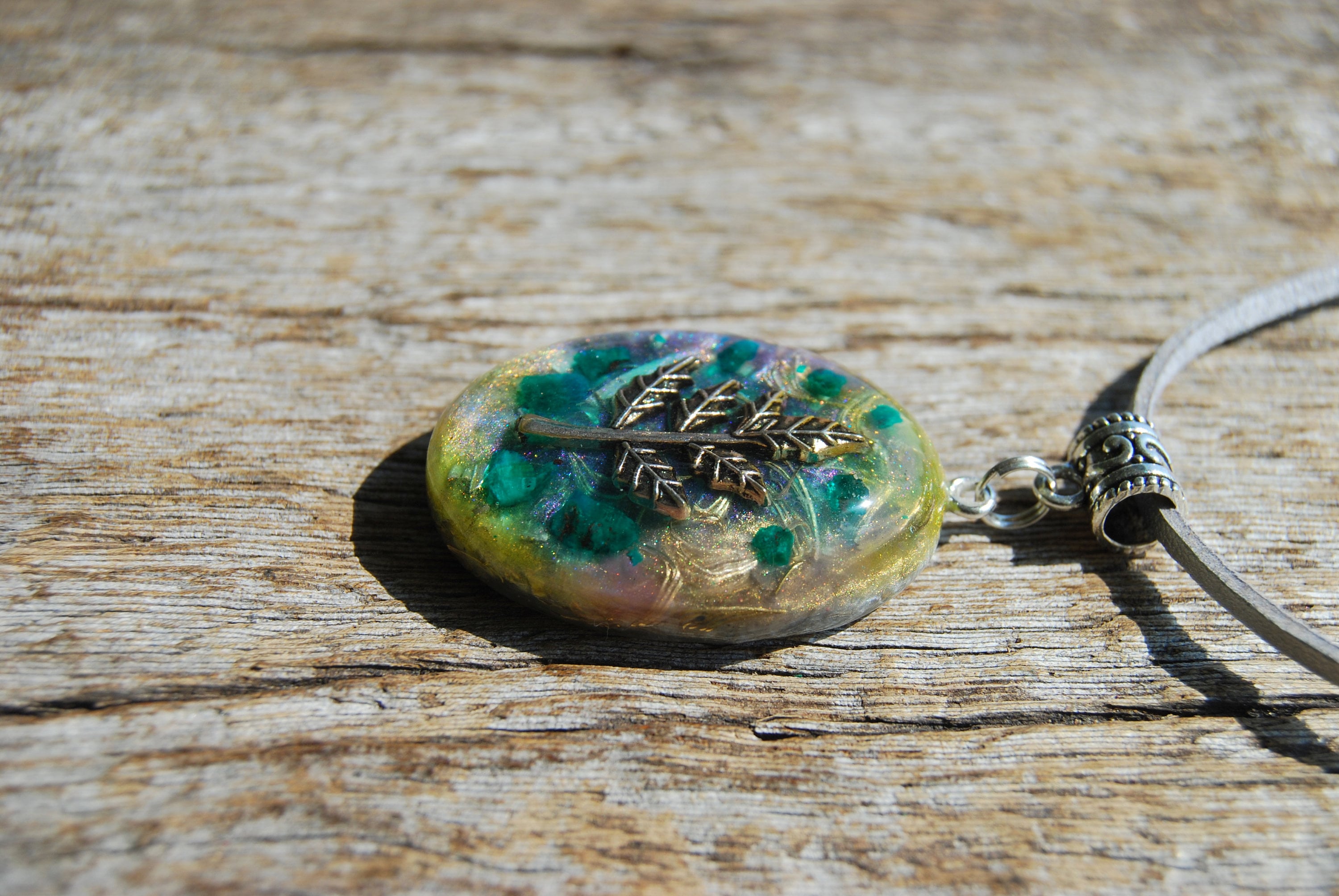 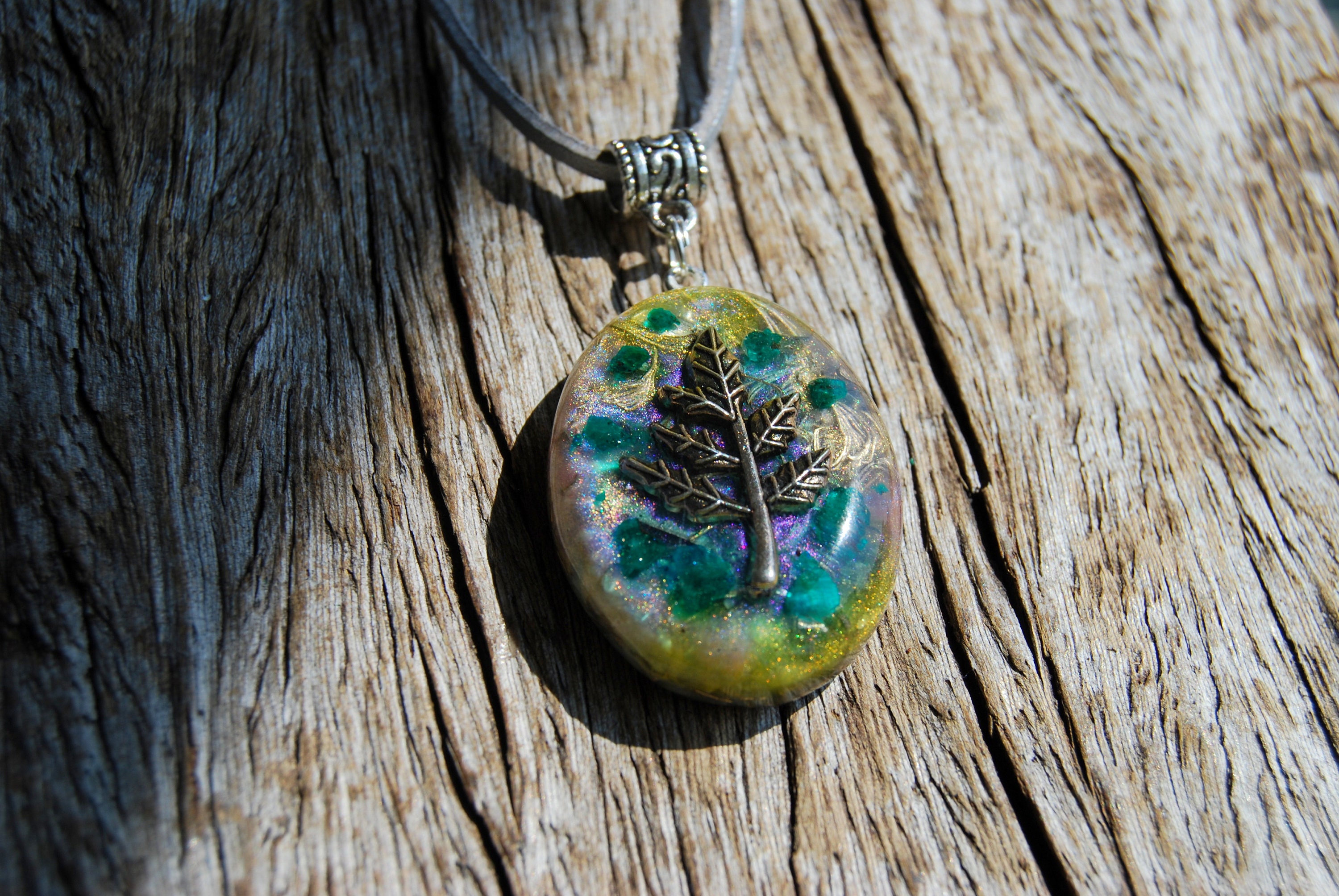 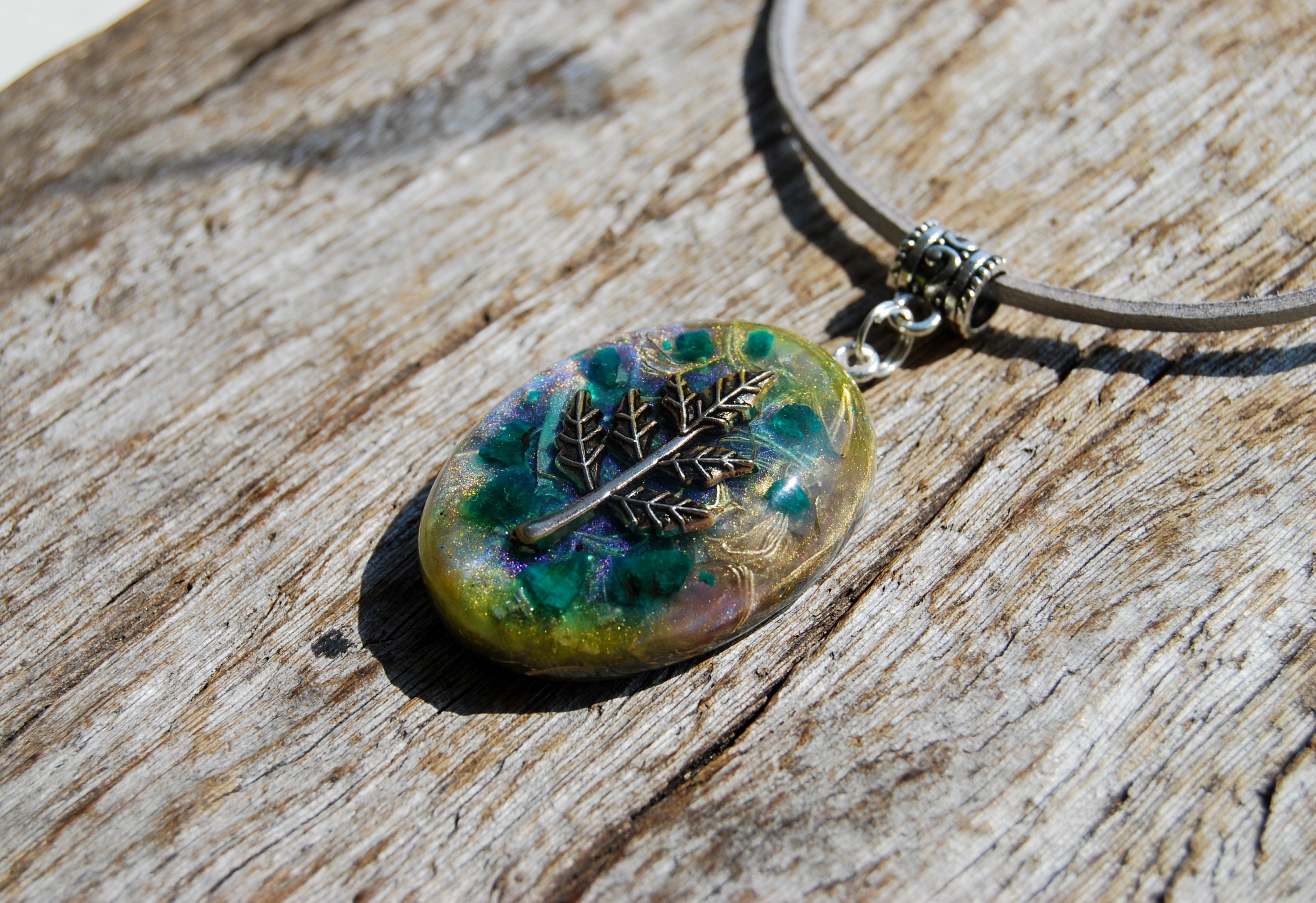 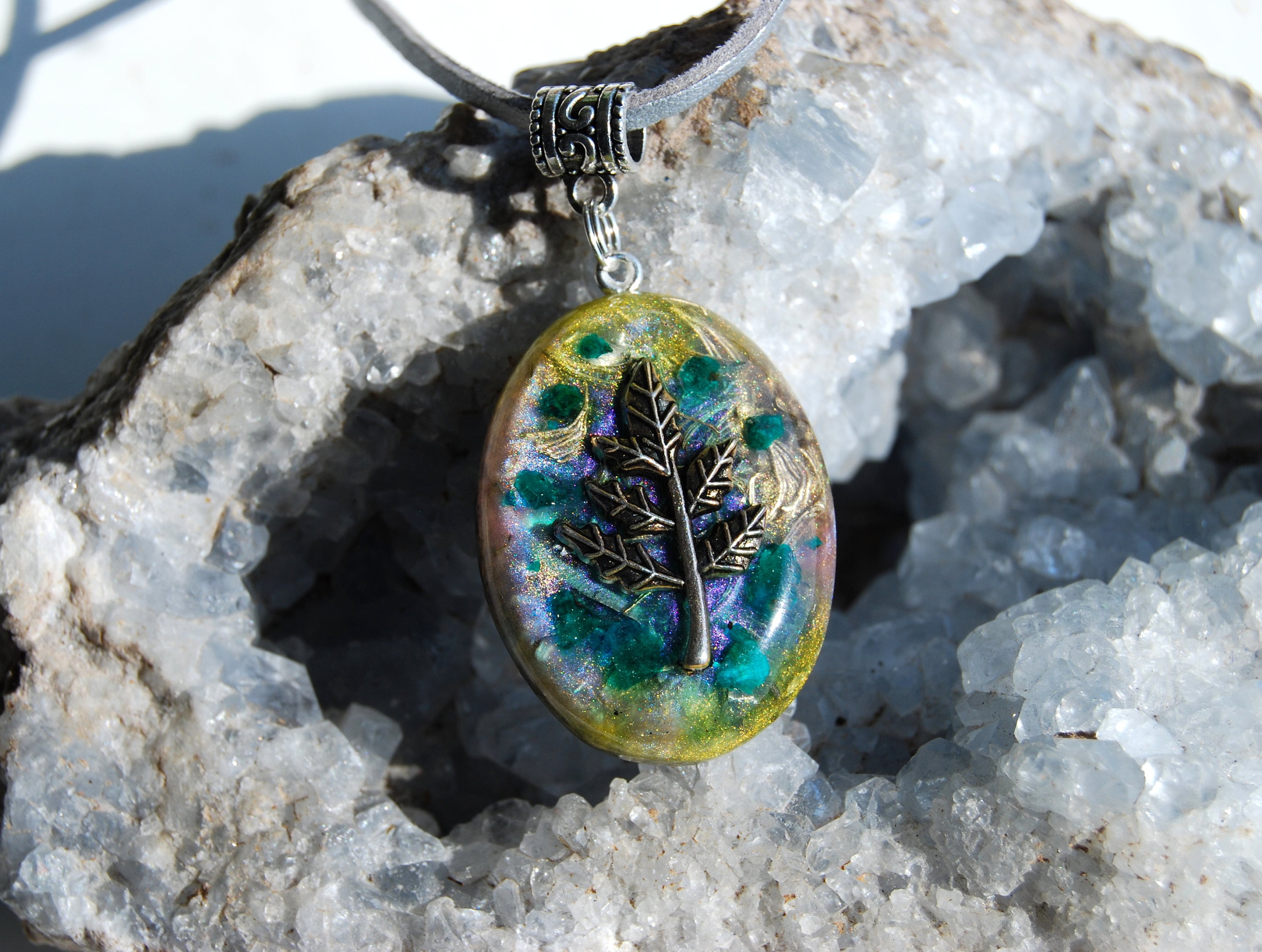 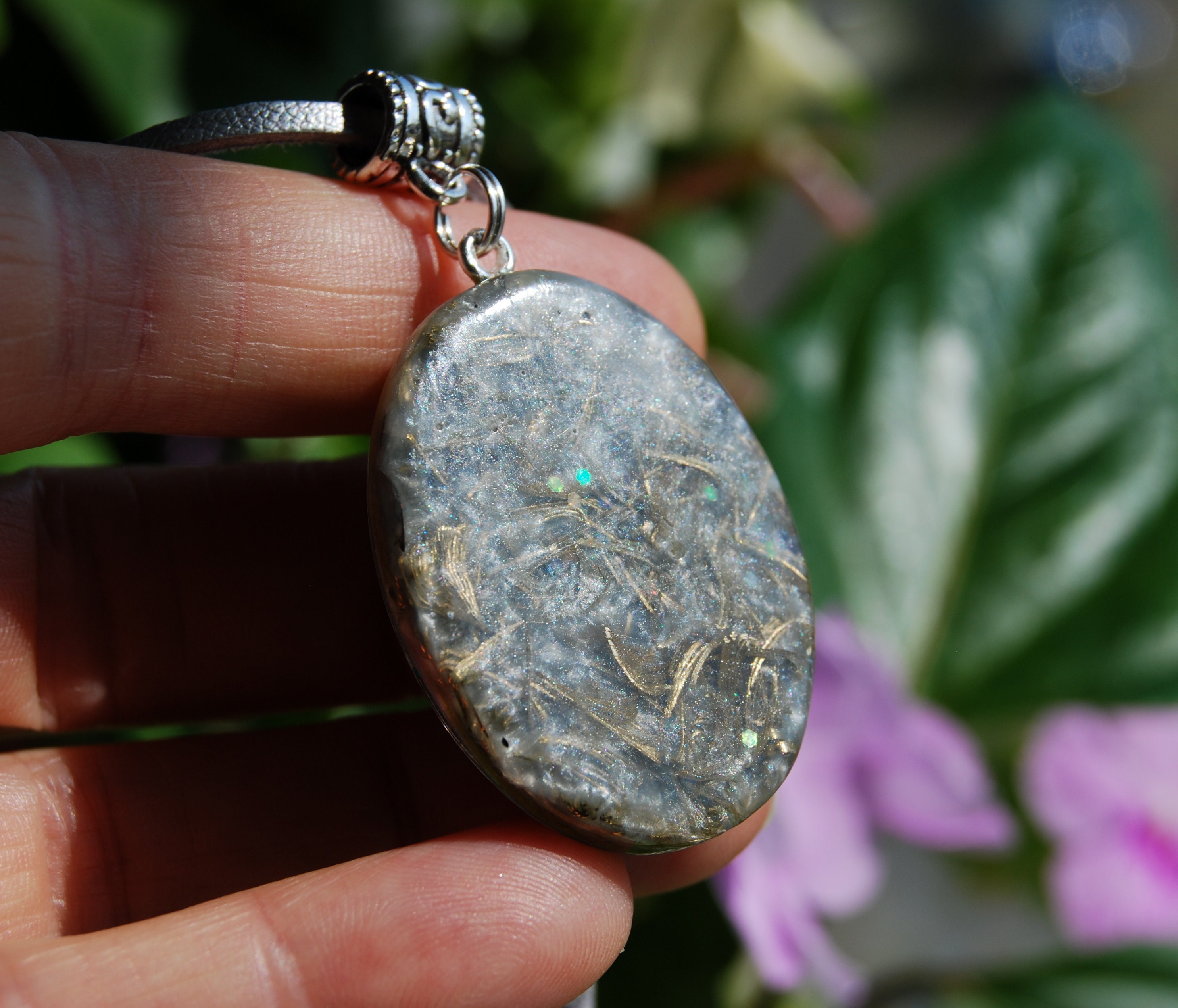 This lovely Orgonite® pendant contains lots of brass shavings. In the front you see raw Dioptase crystals around a leaf. It furthermore consists of Elite Shungite (emf protection), black Tourmaline (grounds excess energy and protects), Pyrite (to enhance the overall strength of the piece), Rhodizite (to amplify the stones), Selenite (to charge and clean) and clear Quartz (for piezo electric effect) all within a durable resin setting.

Dioptase is a powerful stone to awaken love and compassion and to heal emotional distress.

If you have been feeling 'stuck' and have found it difficult to move forward with your life, this beautiful stone may be what you need.

It helps you to let go of the past, through its strong vibration of compassion and forgiveness resonating within the higher spiritual heart chakra. Those things that have been preventing you from living a full life, are released through the energy of the green ray, which is embodied within Dioptase.

The beautiful green ray of dioptase makes it a heart stone on many levels. Dioptase supports the emotional heart, strengthens the physical heart and awakens the spiritual heart.

Meditate with dioptase to open your inner eyes to your higher purpose.

💕 Releases emotional patterns
💕 Assists in understanding roles we have played as well as the roles of others in our lives
💕 Excellent stone to emotionally assist in experiencing divorce, death, or any intense family trauma
💕 Stimulates forgiveness and healing of emotional wound

Because it is a one of a kind hand-crafted one, it may have slight artistic imperfections.
It comes on a adjustable faux suede (vegan) cord.