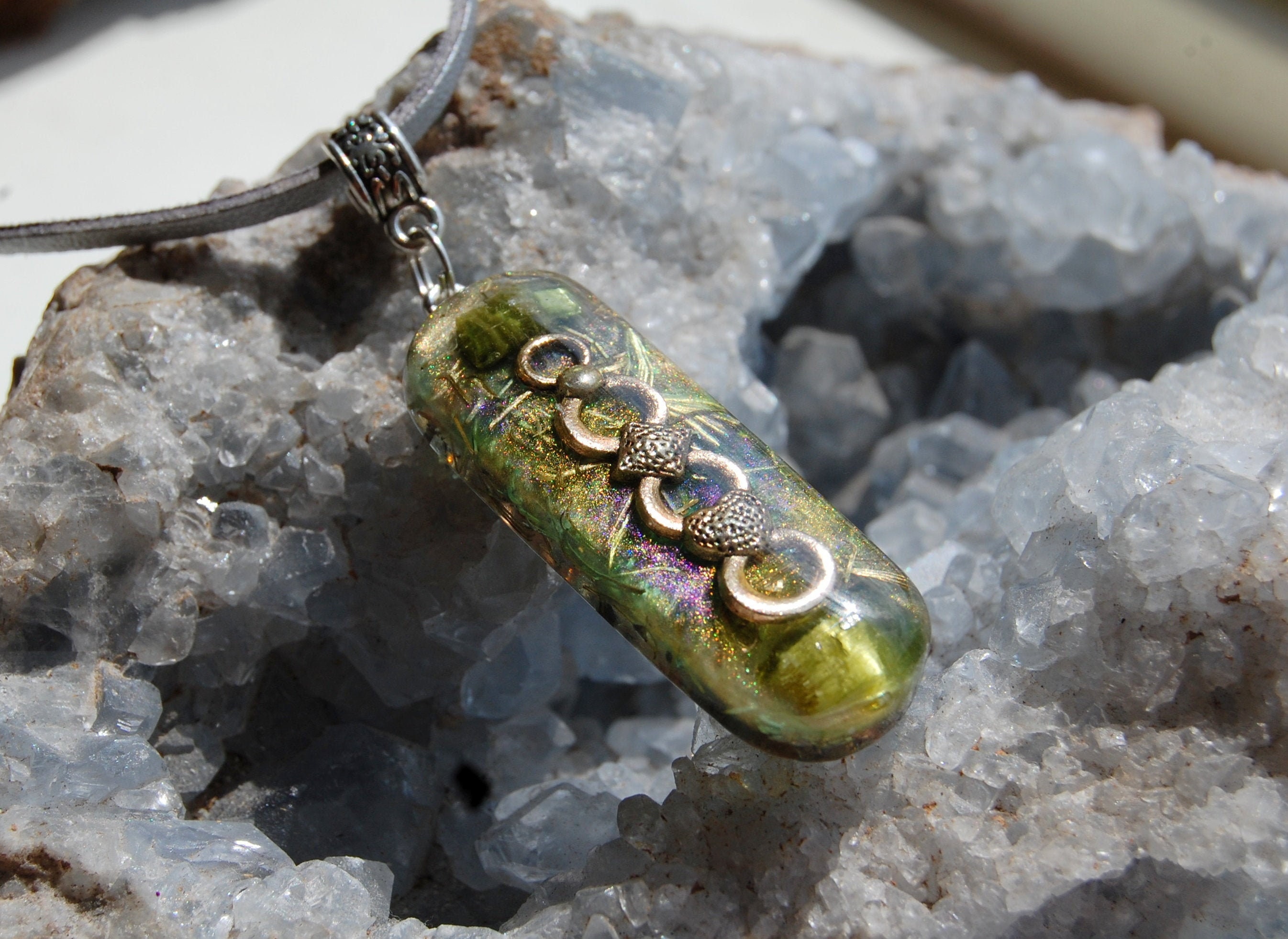 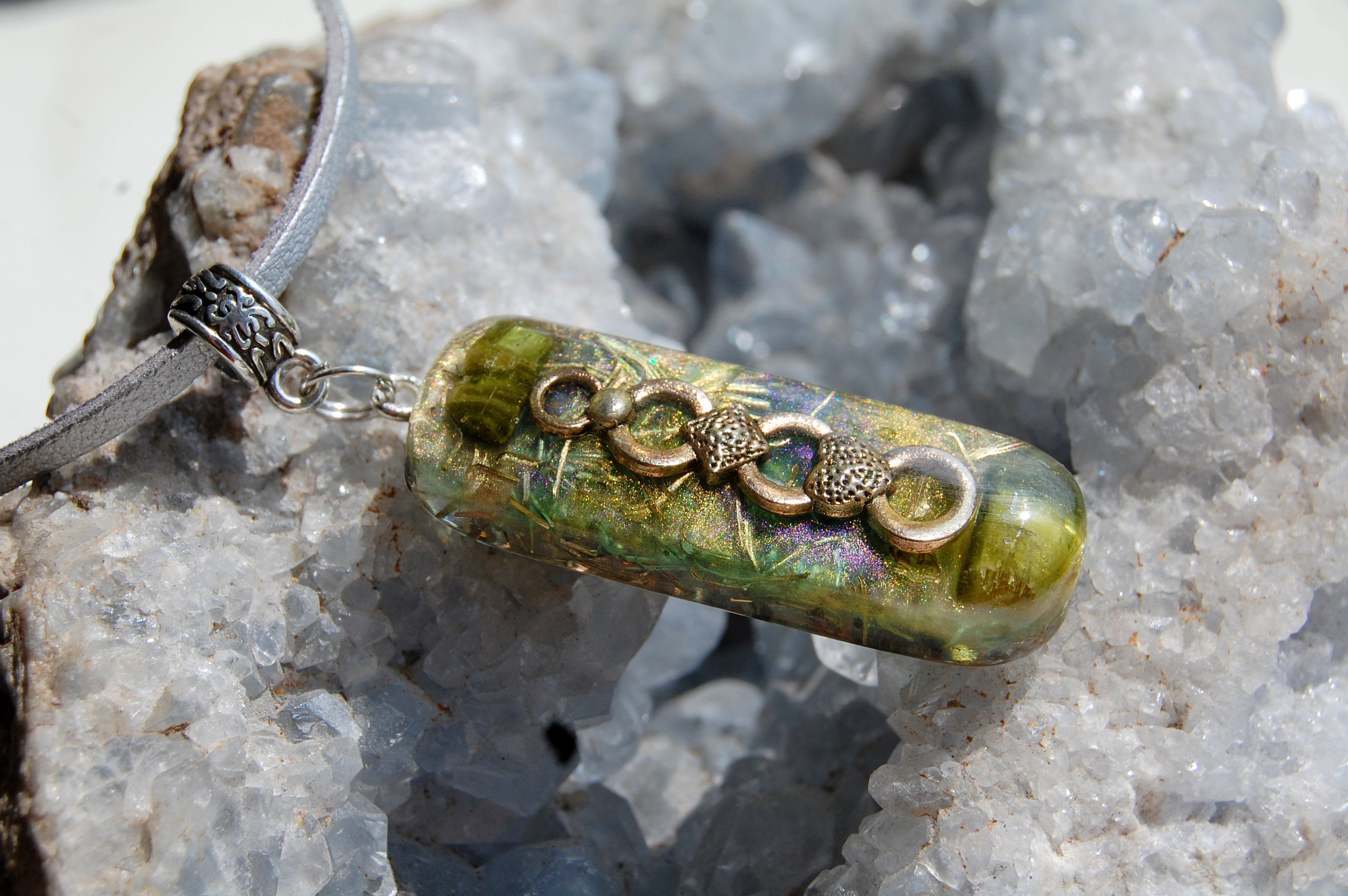 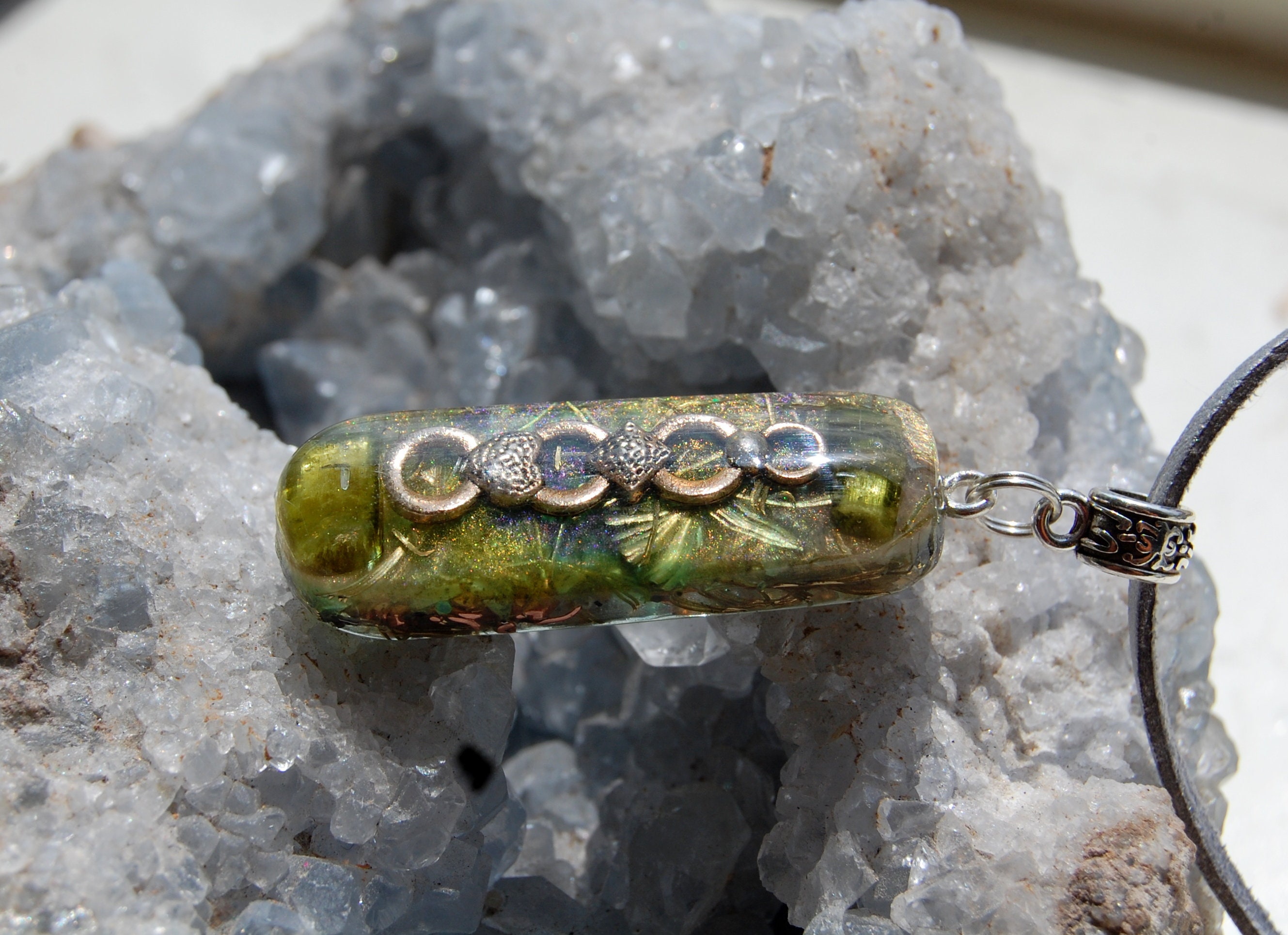 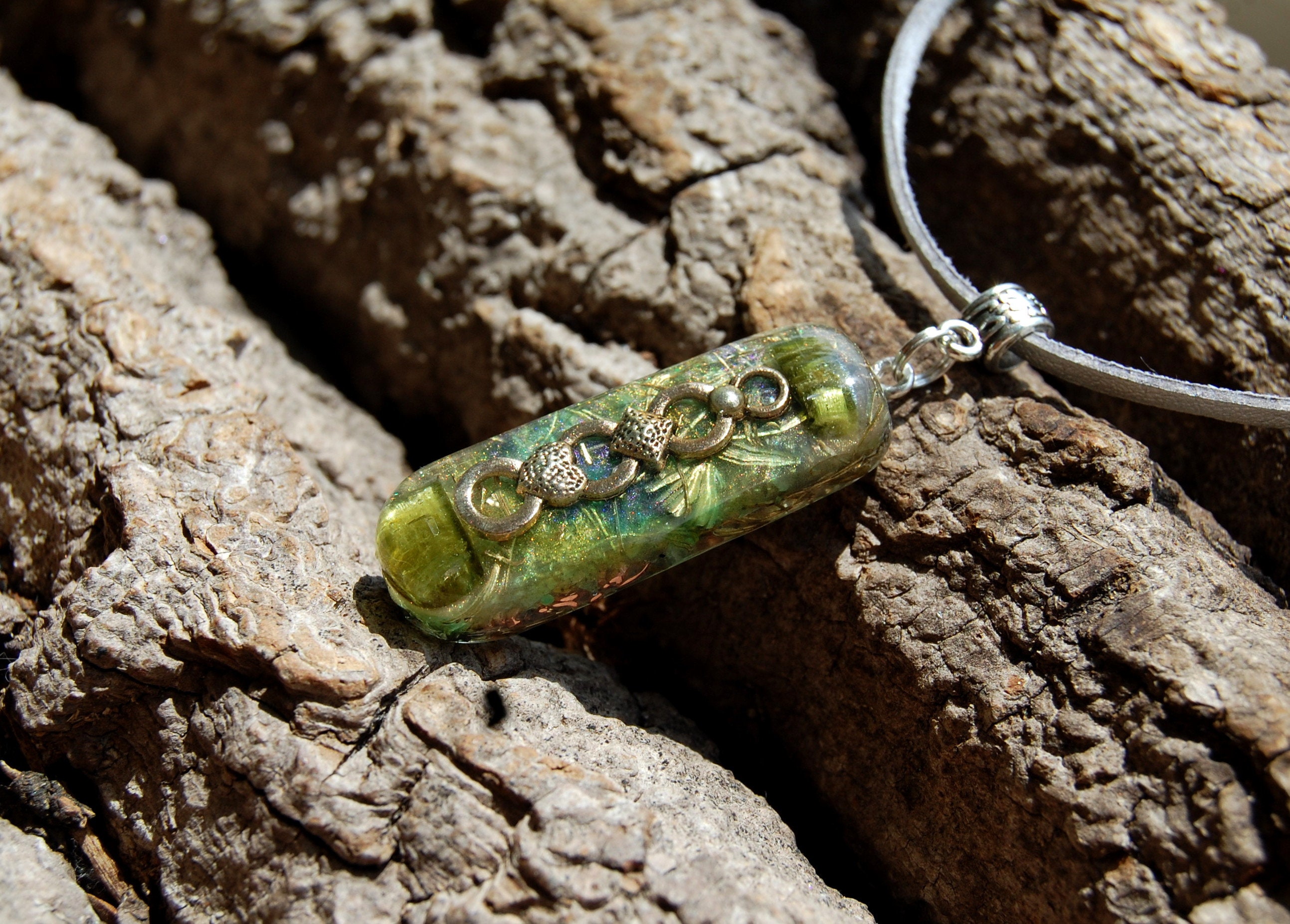 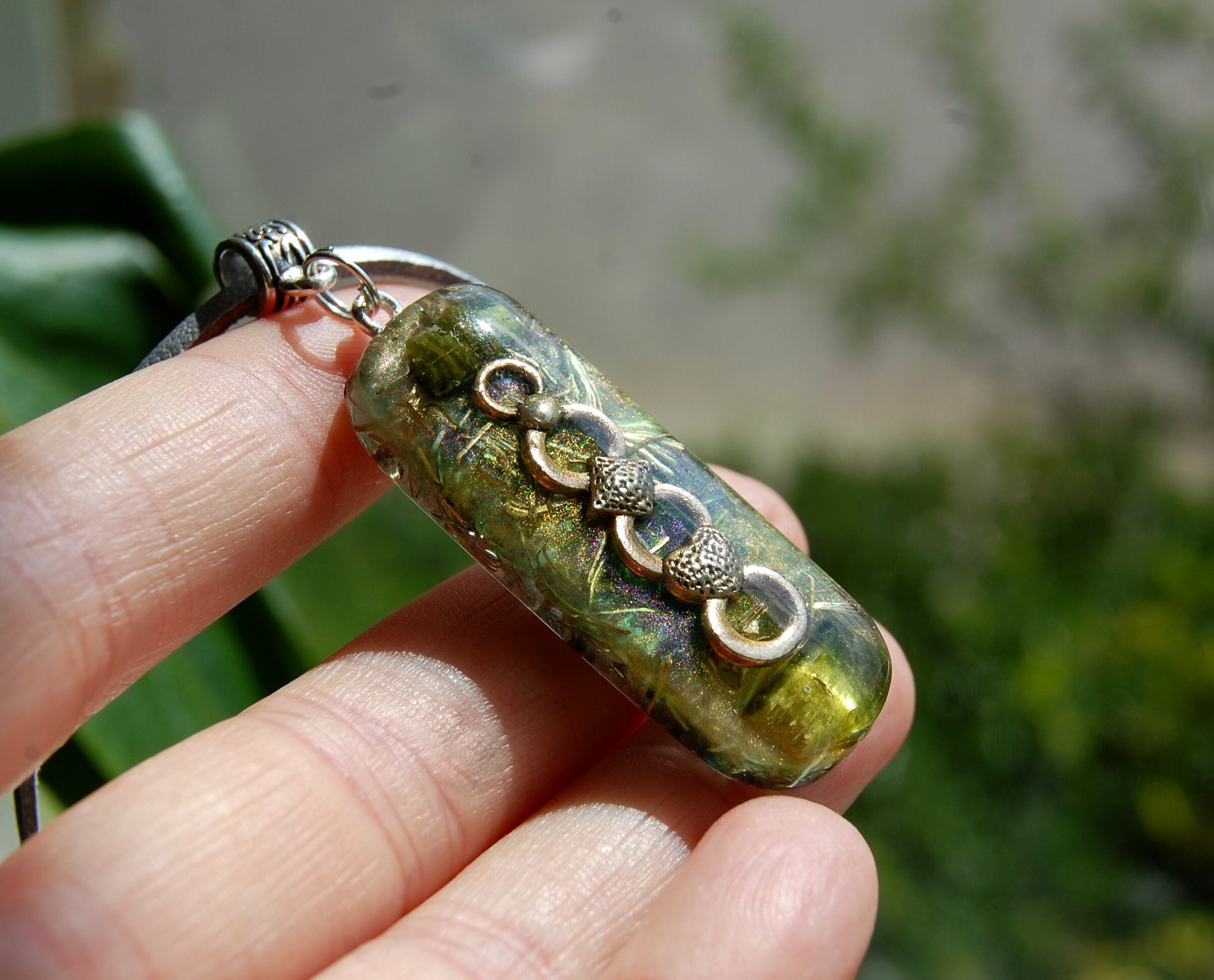 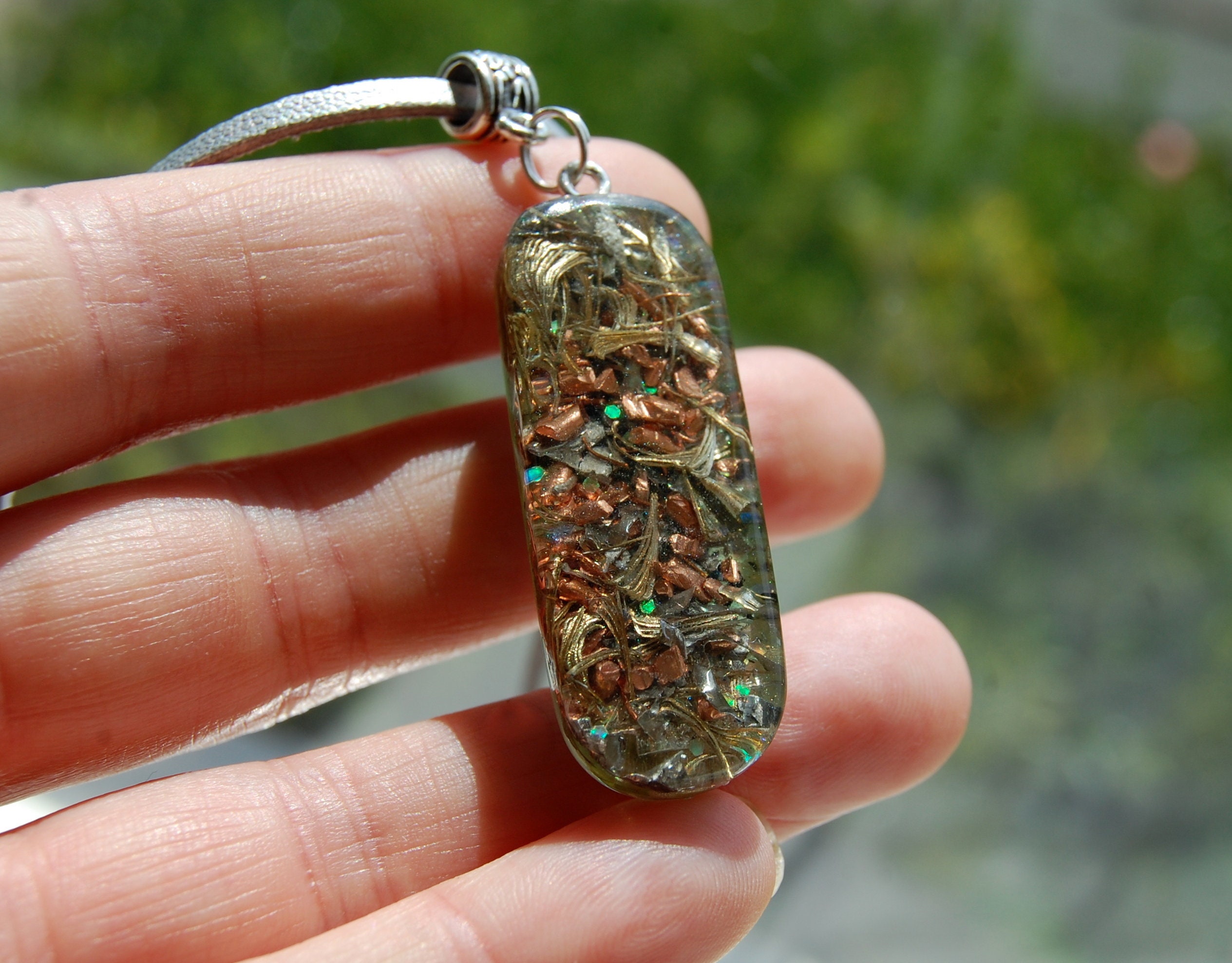 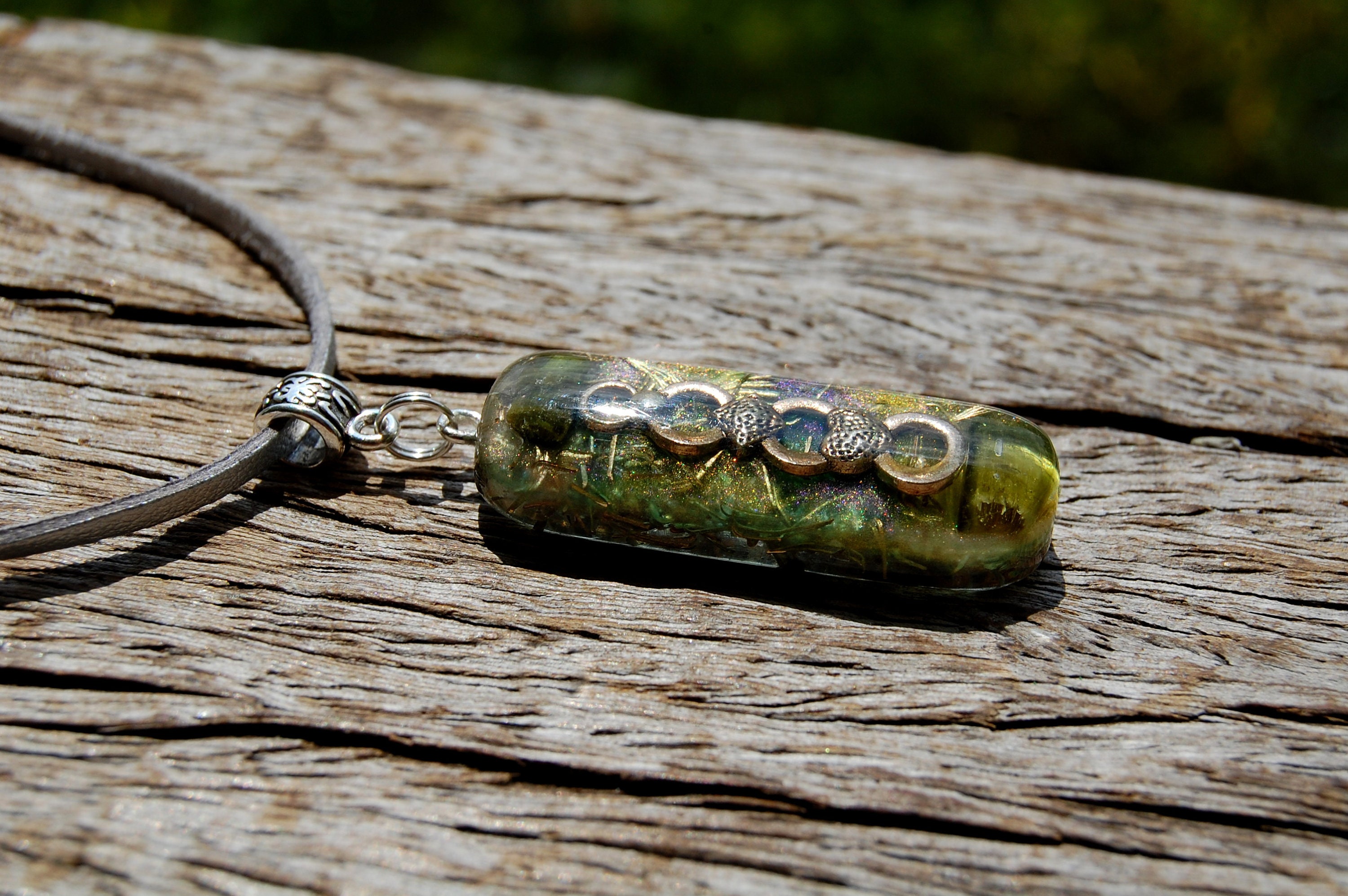 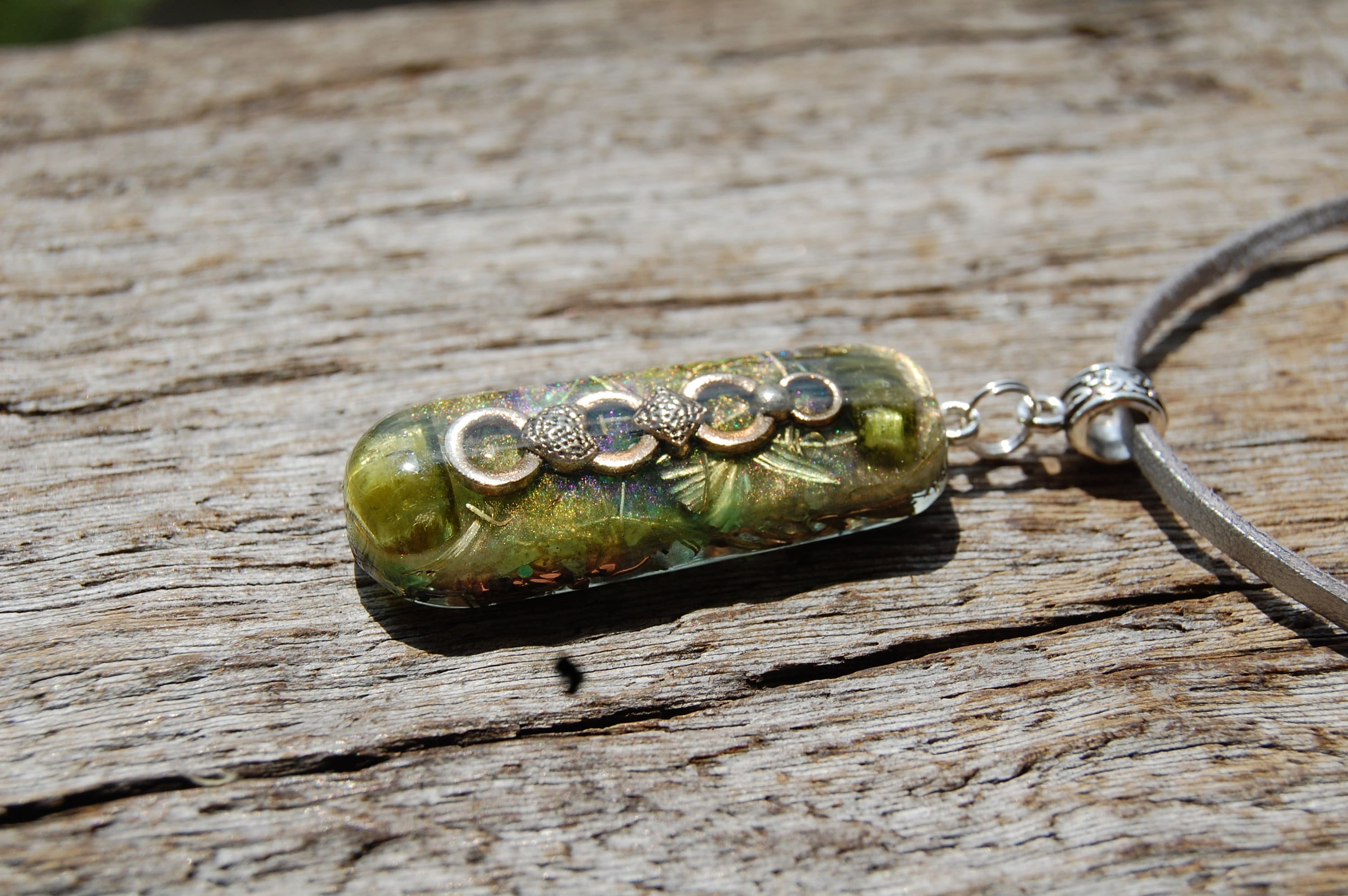 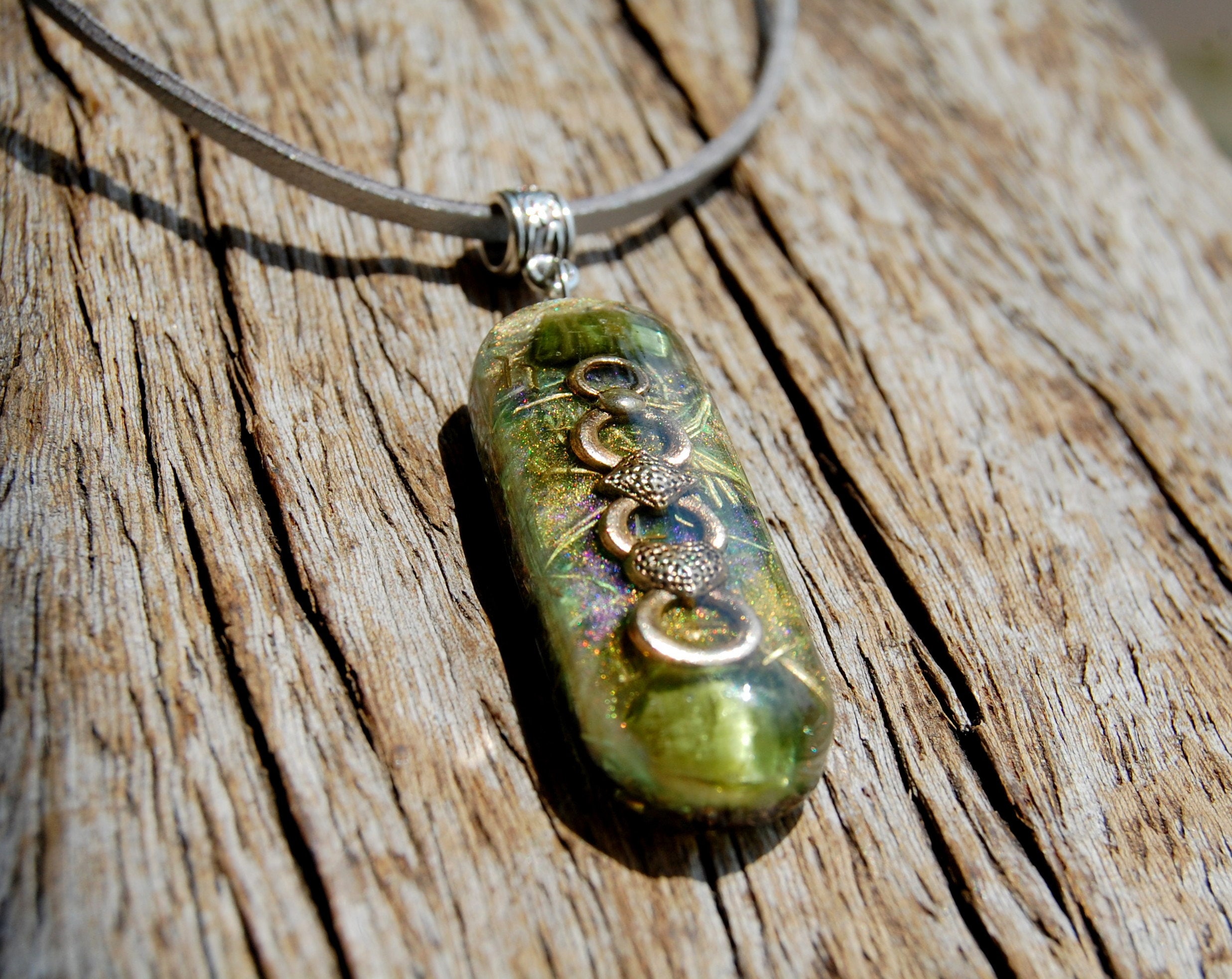 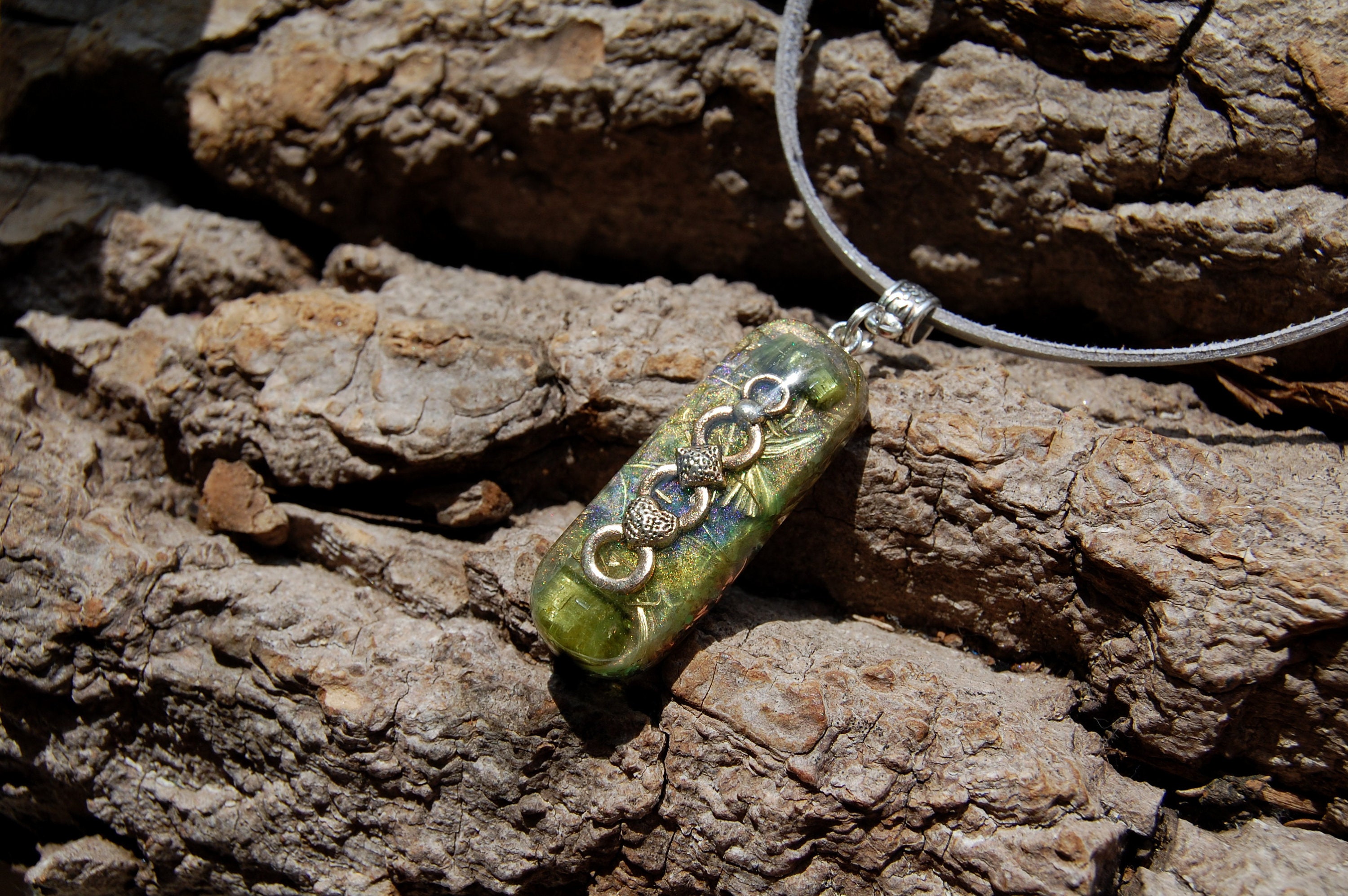 This unique orgonite pendant contains brass, copper, bronze and some aluminium shavings. It is made of lovely raw green Tourmaline crystals which you can see in the front, black Tourmaline (for protection and grounding excess energy), Rhodizite (to amplify the other crystals), Elite Shungite (protection), Selenite (to clean and charge the other crystals) and clear quartz (for piezo electric effect) all within a durable resin setting.

You will get the pendant as shown in the pictures. The symbol in the front has no particular meaning as far as I know.