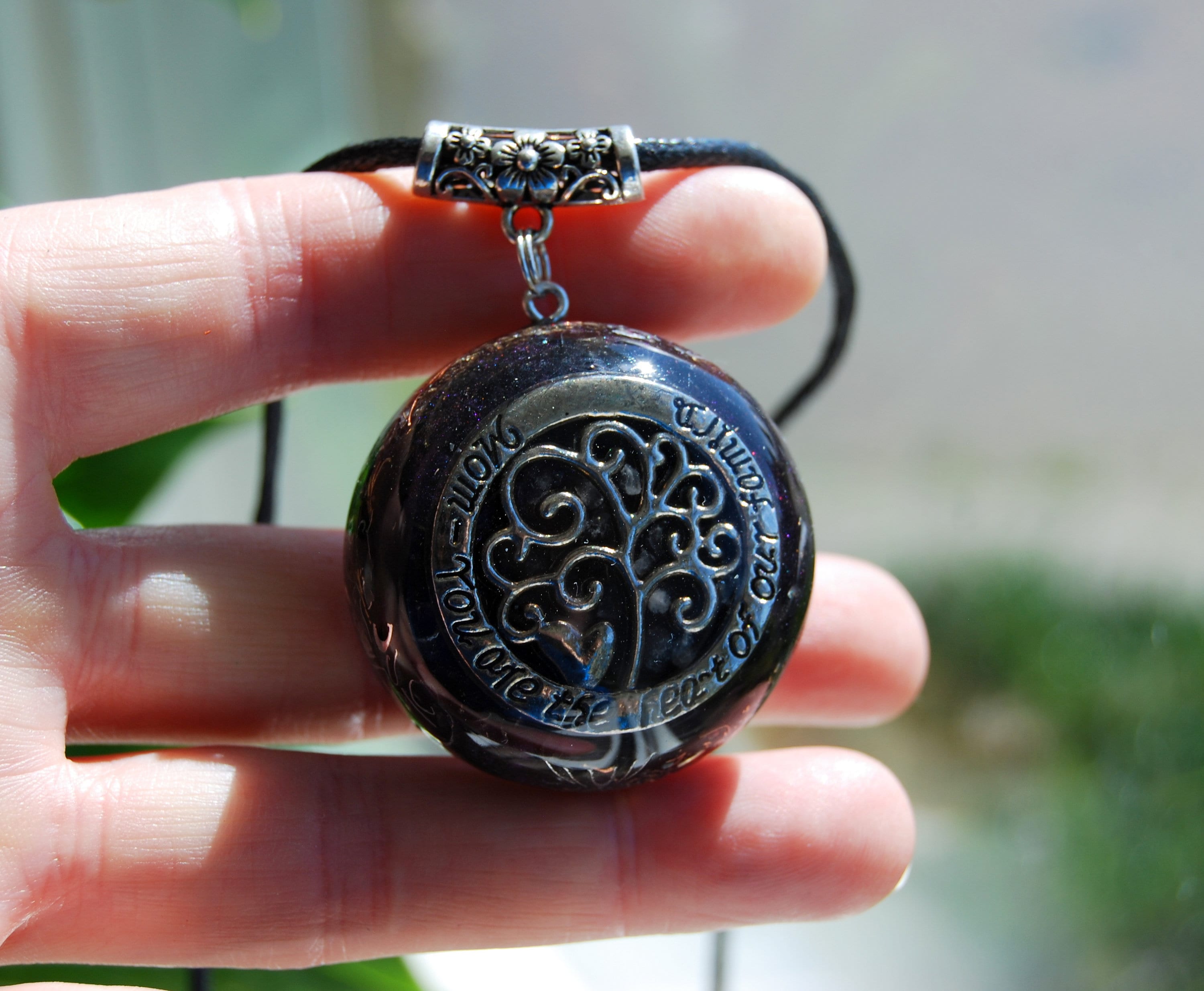 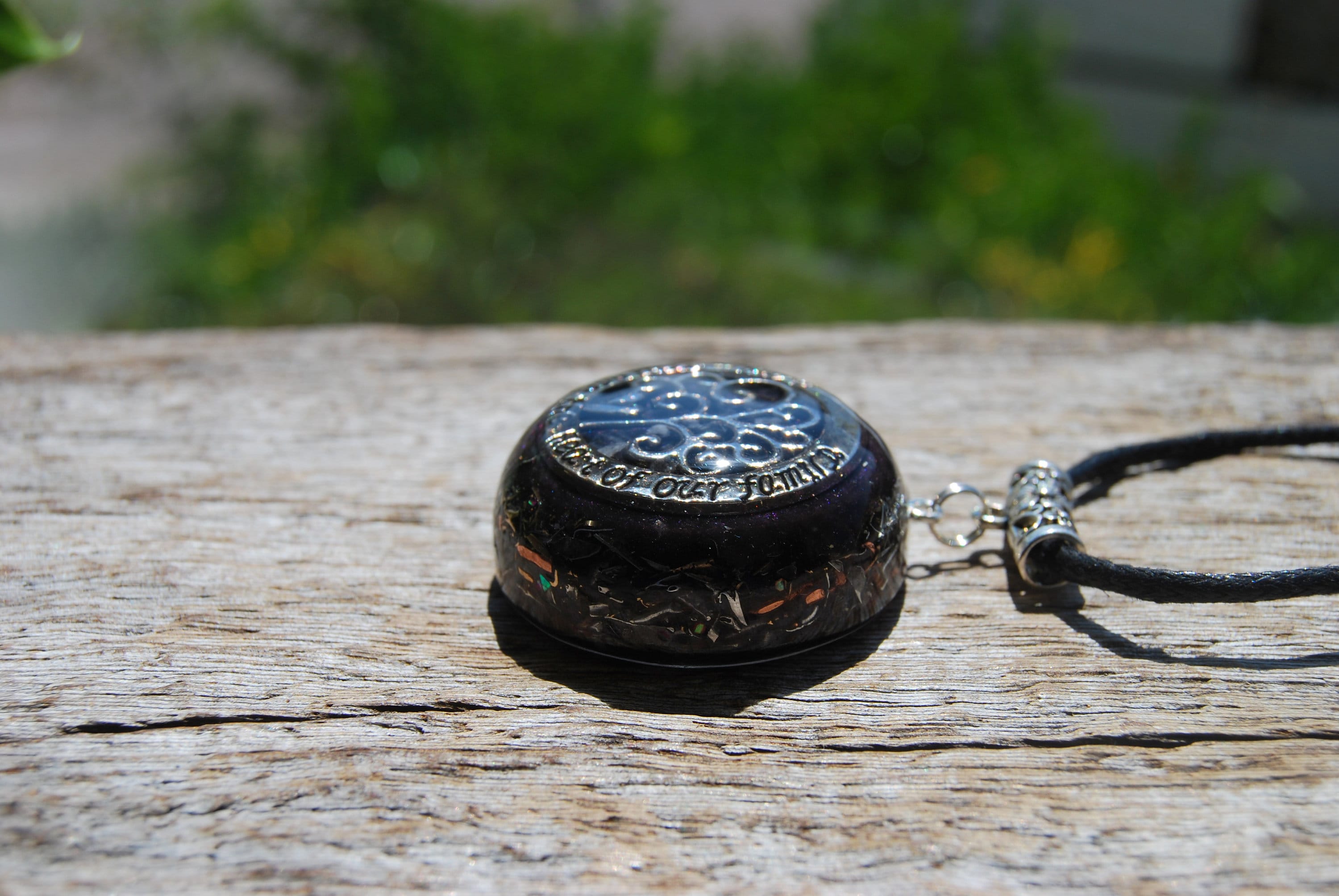 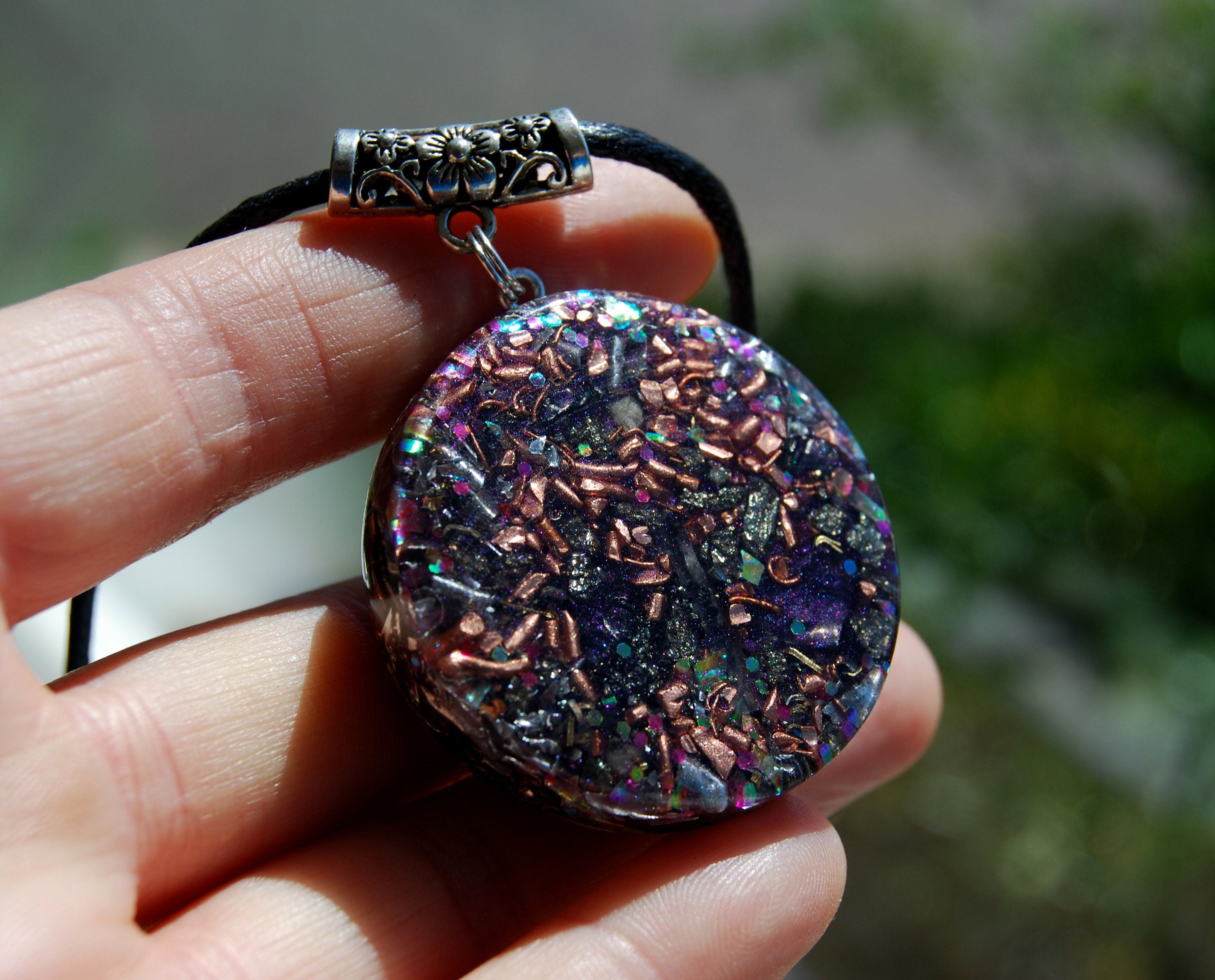 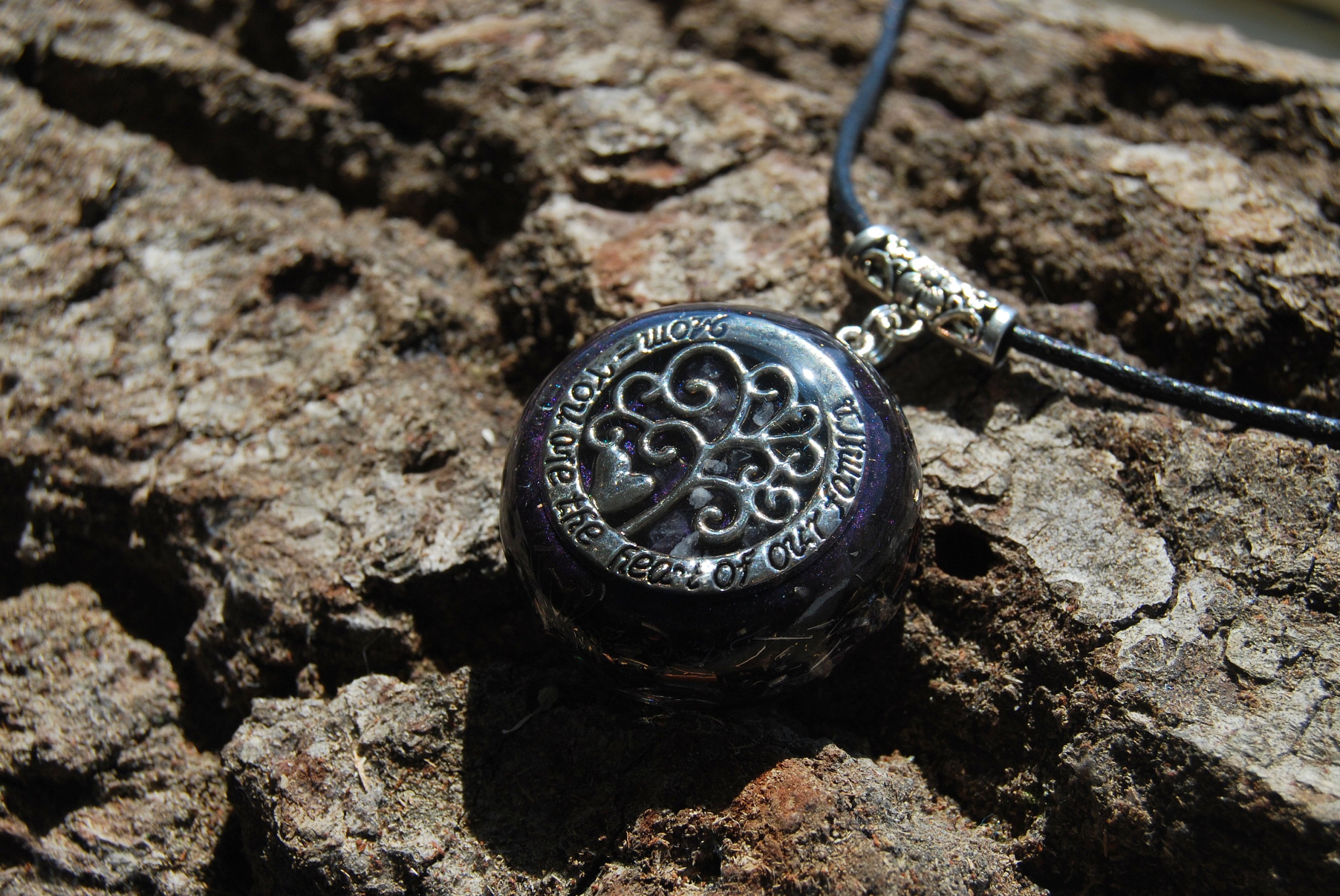 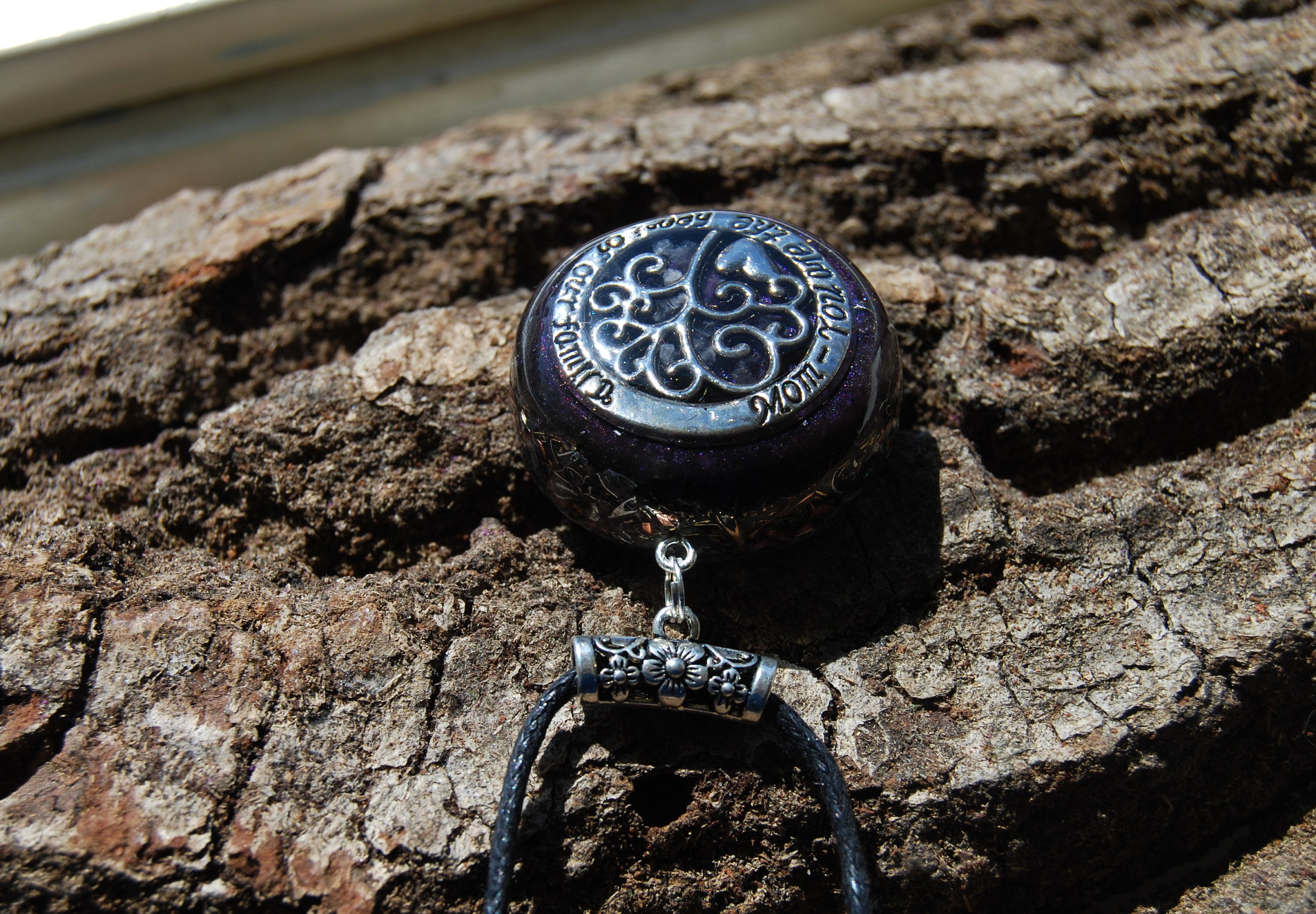 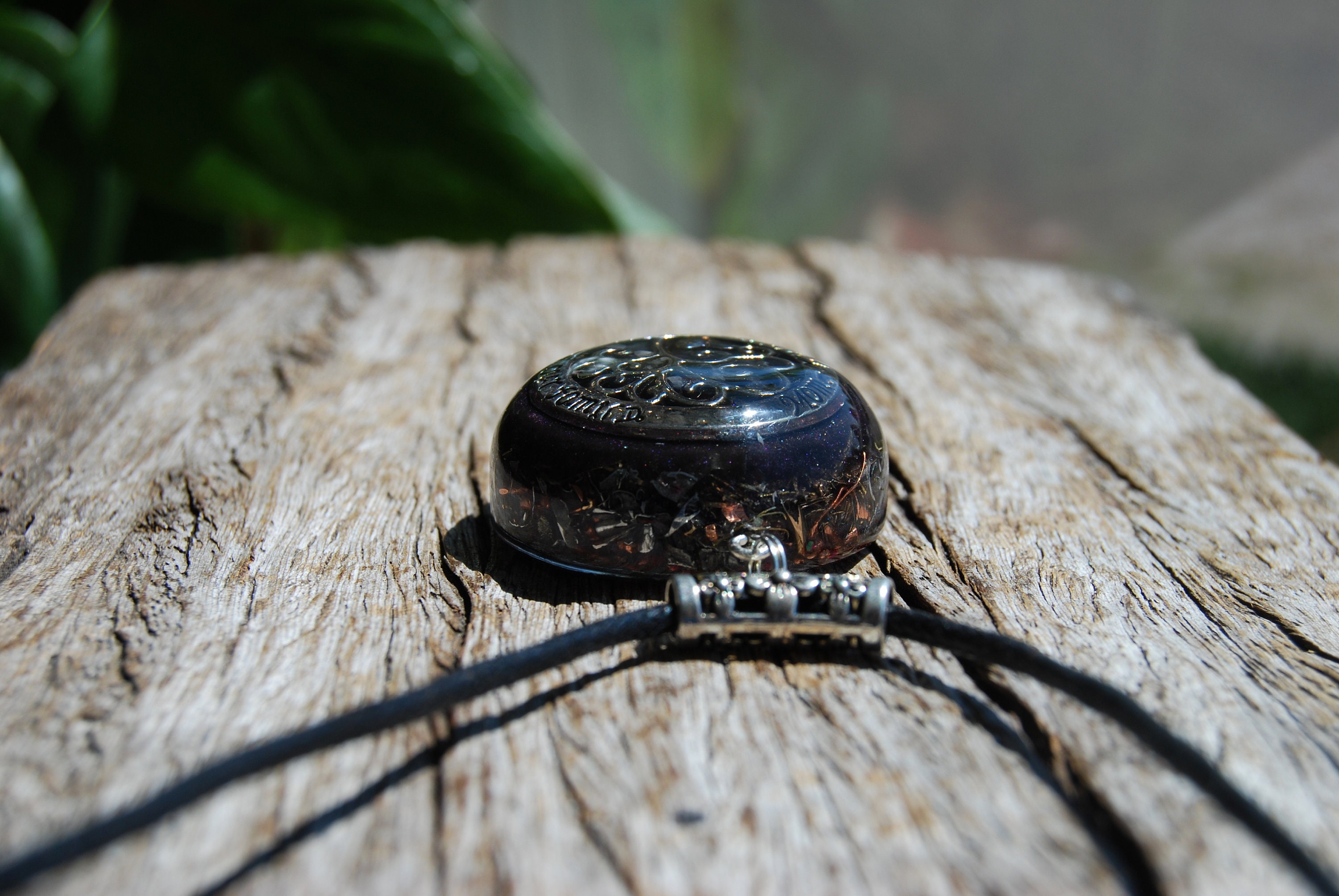 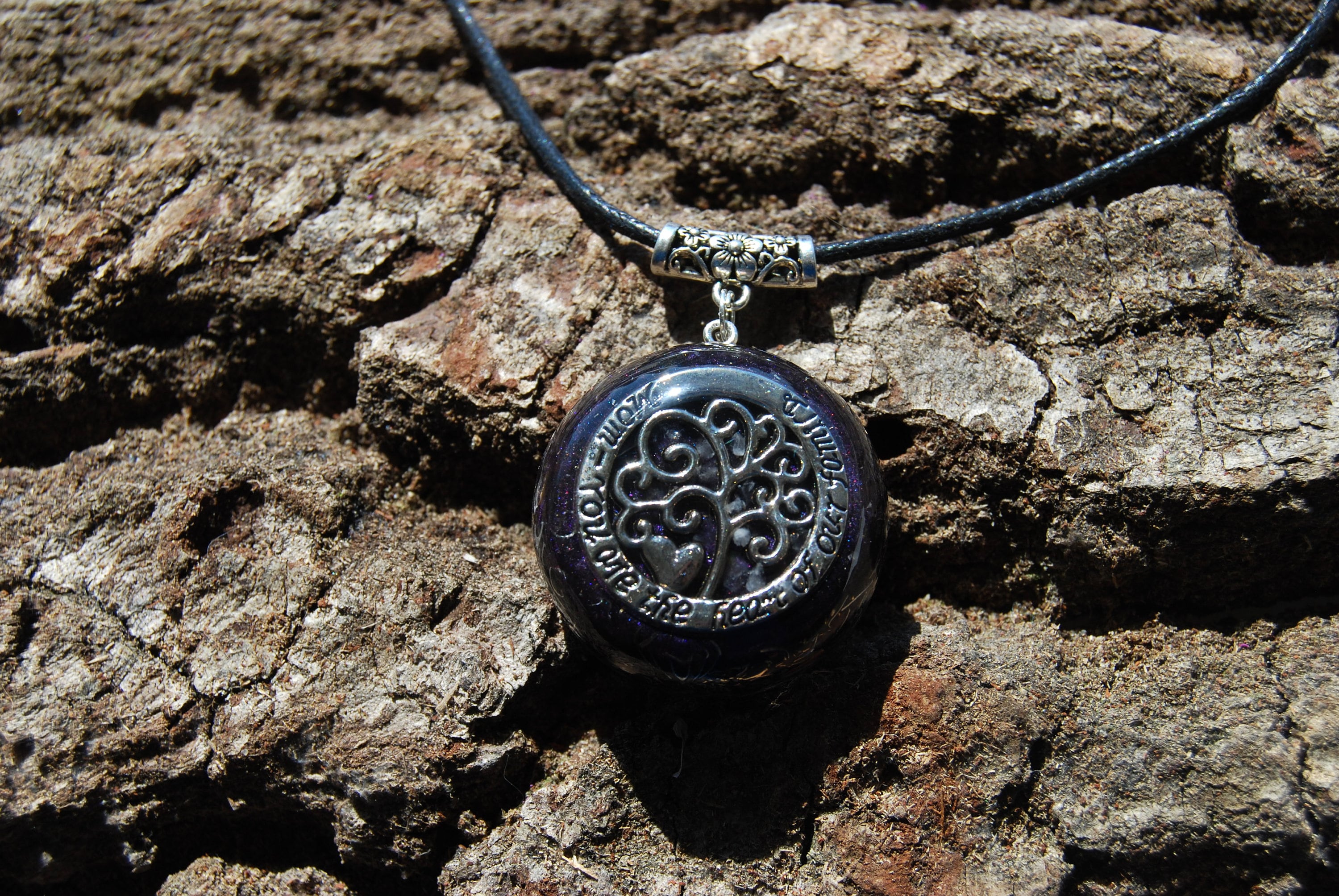 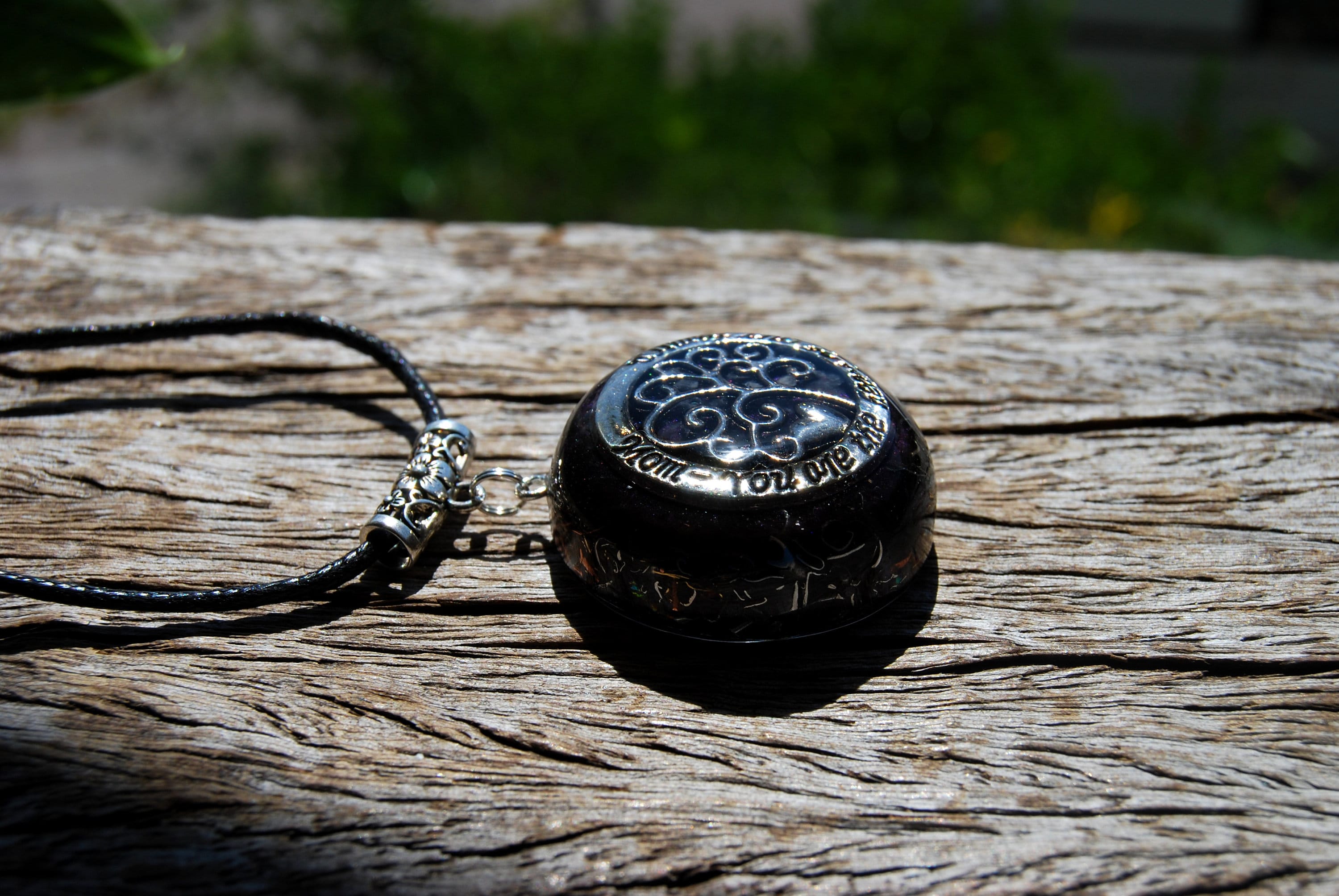 Mum - You are the heart of the family - Orgonite® Pendant Necklace - FREE Shipping !

This unique 4 cm / 1.6" in diameter Orgonite pendant contains lots of various metal shavings which is required to clean stagnant energy according to Wilhelm Reich's research.

In the front it features a Tree with a Heart and around it it says > Mum - You are the heart of the family.

It also contains Pyrite (to enhance), black Tourmaline (to protect and ground excess energy) ,Rhodizite (to enhance), Elite Shungite (protection) and clear quartz all within a durable resin setting.

It helps us open and heal our hearts, releasing old emotional wounds. It helps us have unconditional love for OURSELVES, as well as others.

It has been hand sanded through 11 sets of fine polishing paper so it has a dome design and it is shiney and silky smooth.

Because it is a one of a kind hand-crafted one, it may have slight artistic imperfections.
It comes on a strong adjustable cotton cord.

Made with love 💚🙂. Will be shipped with Trackingnr.