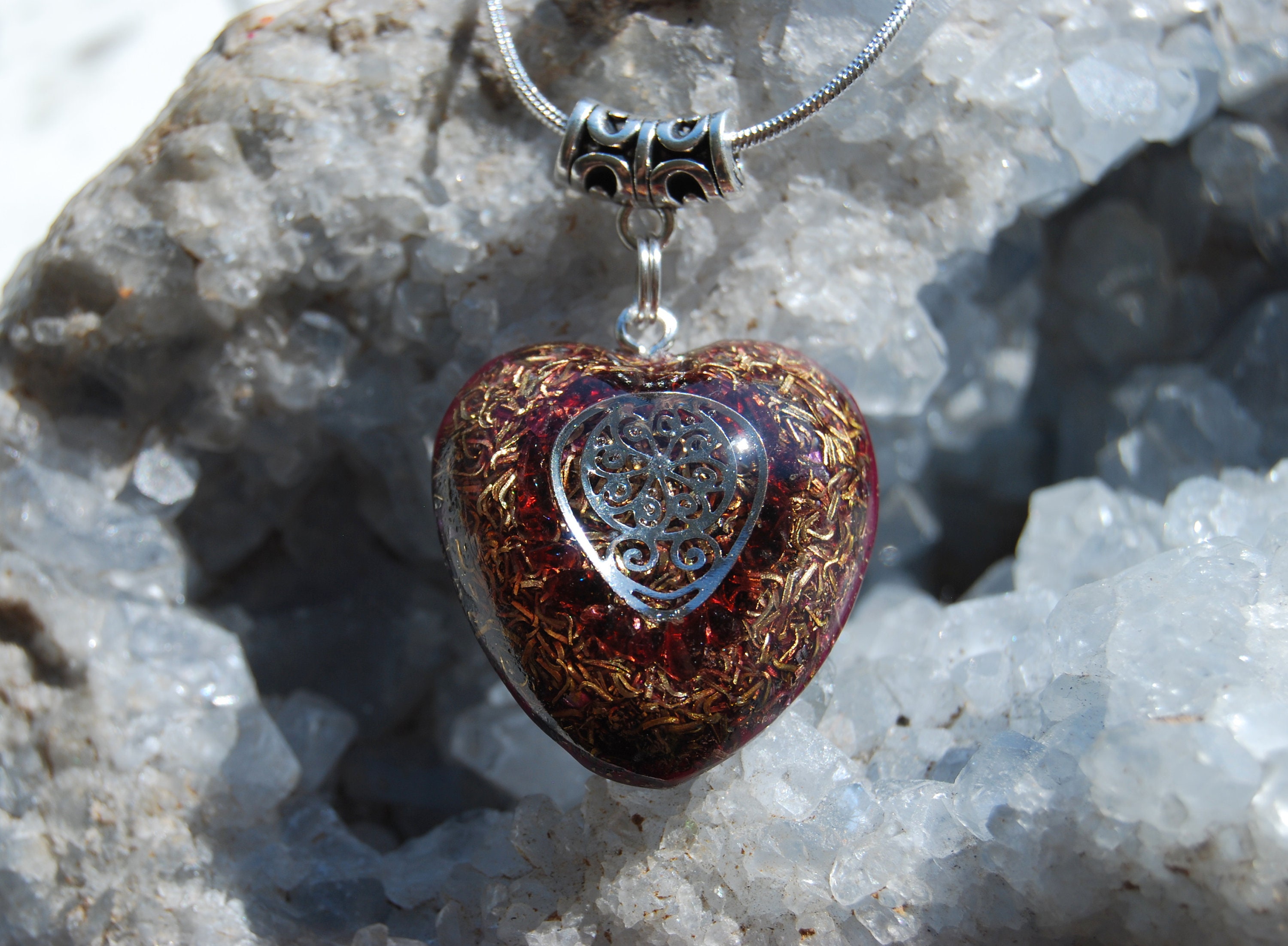 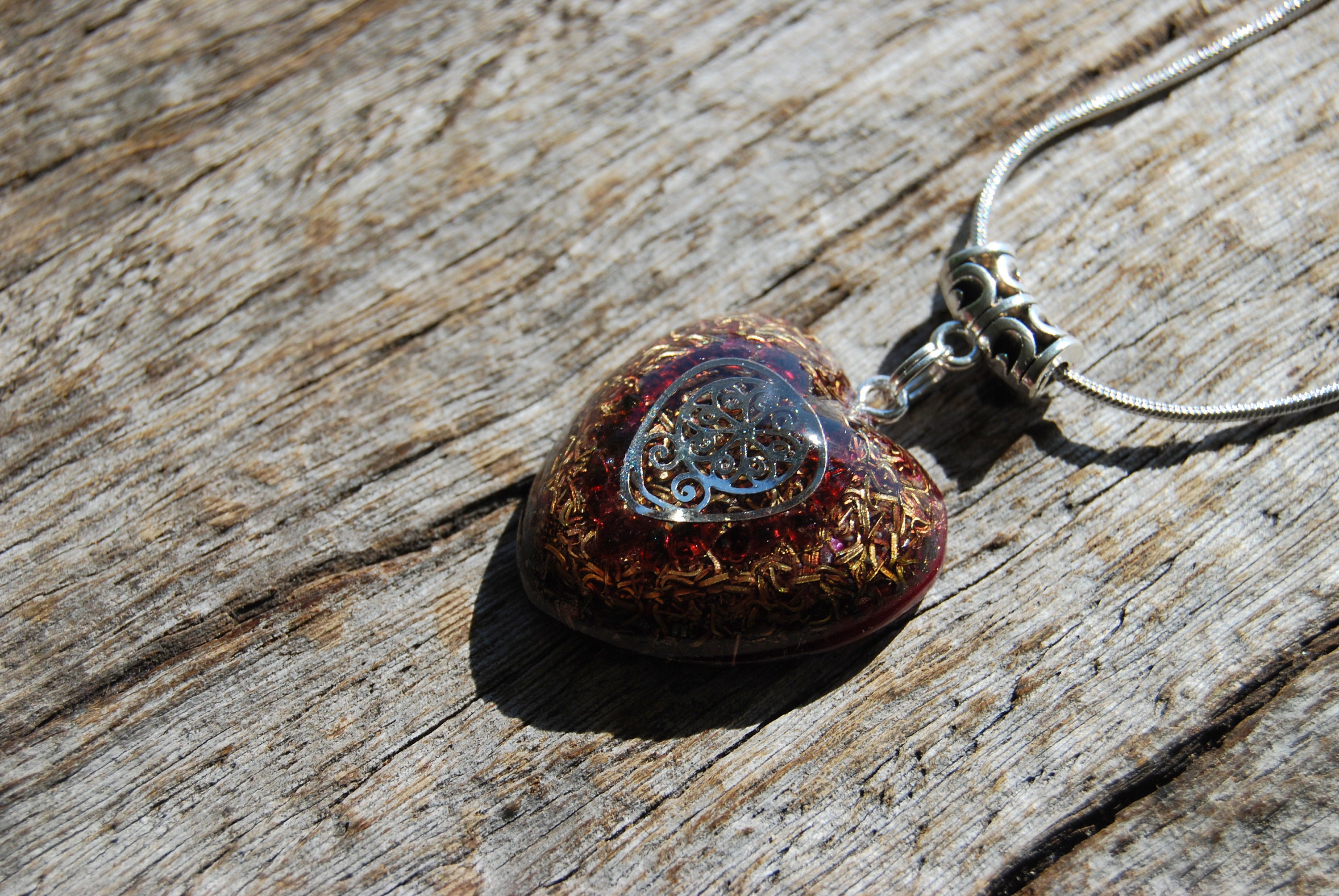 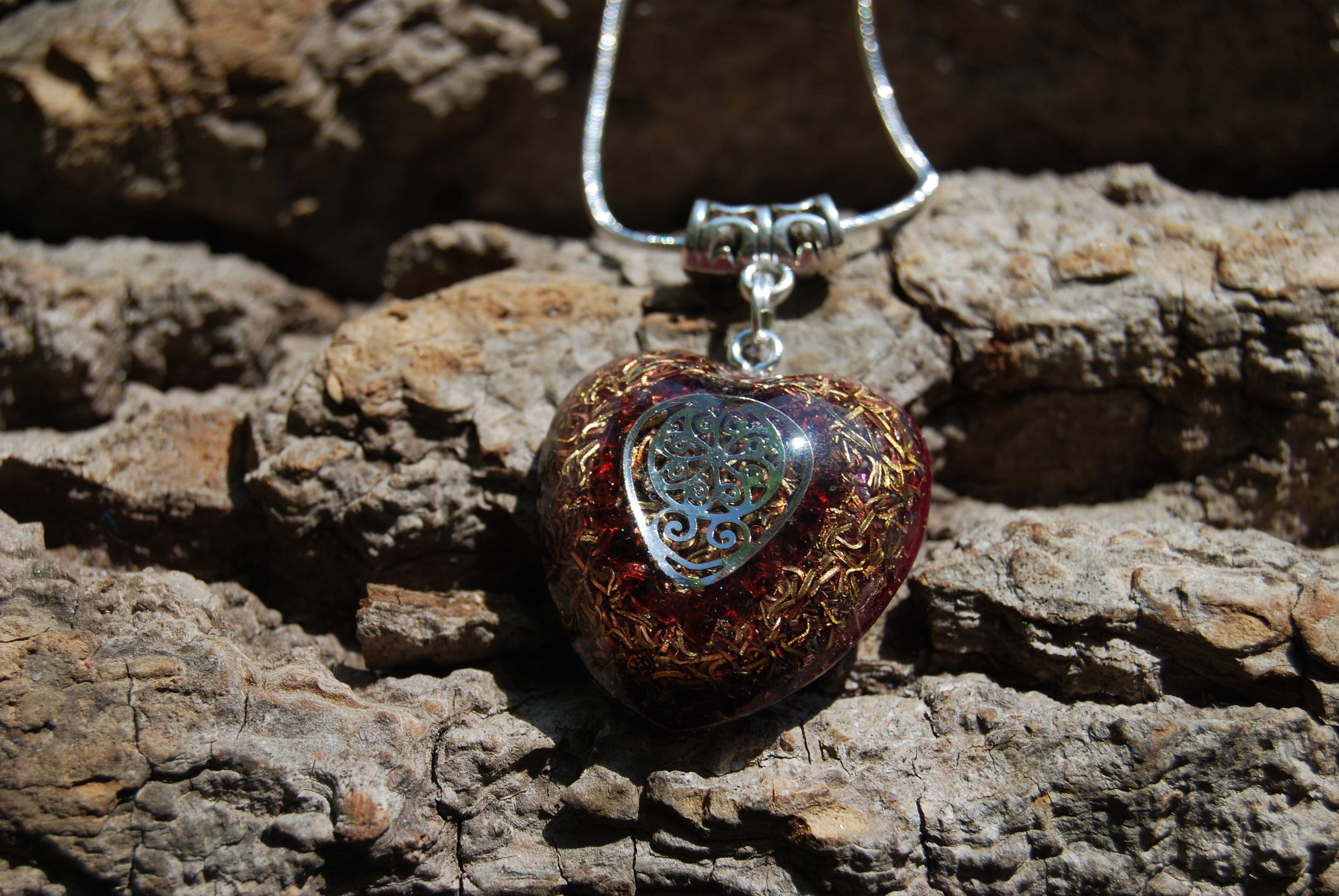 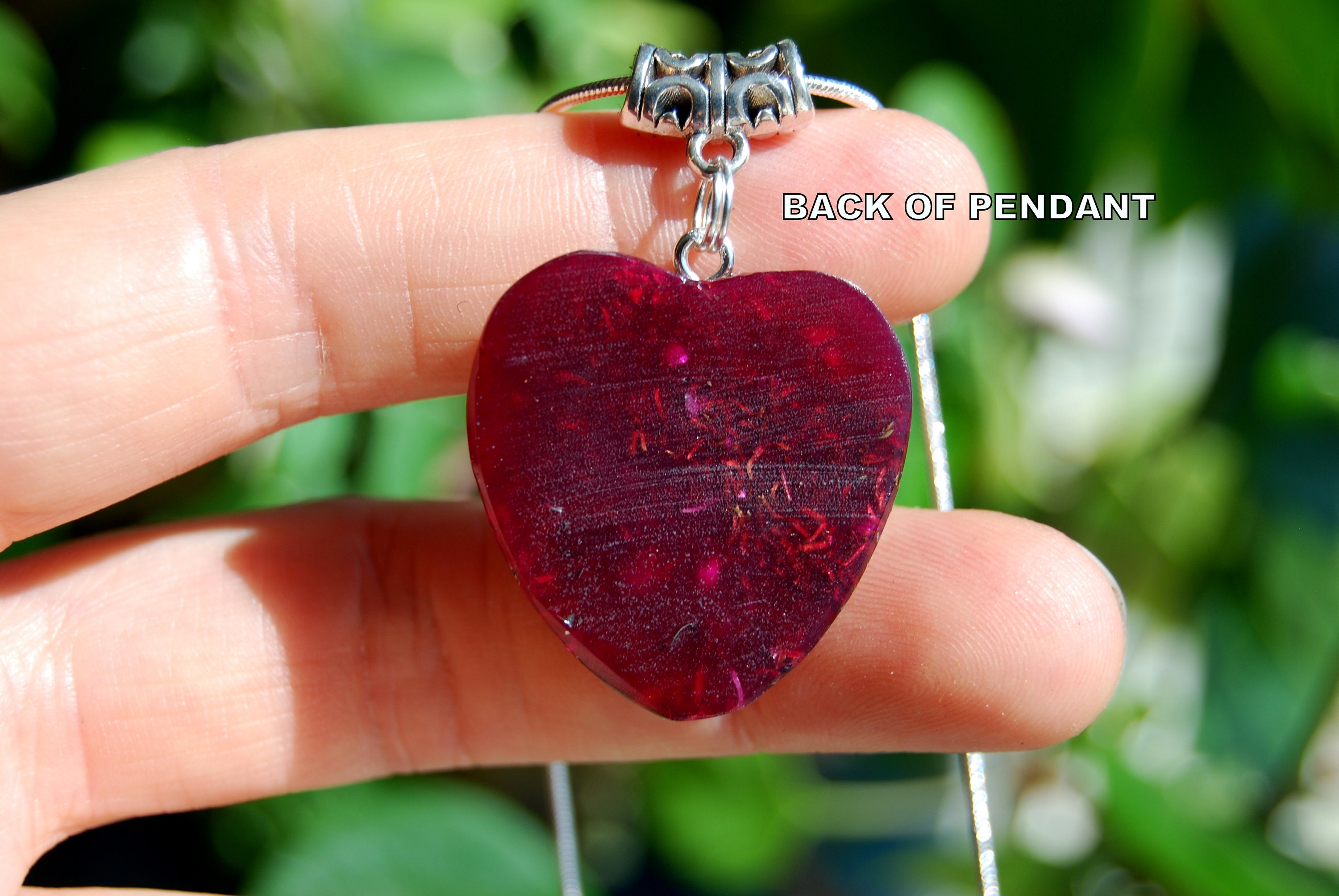 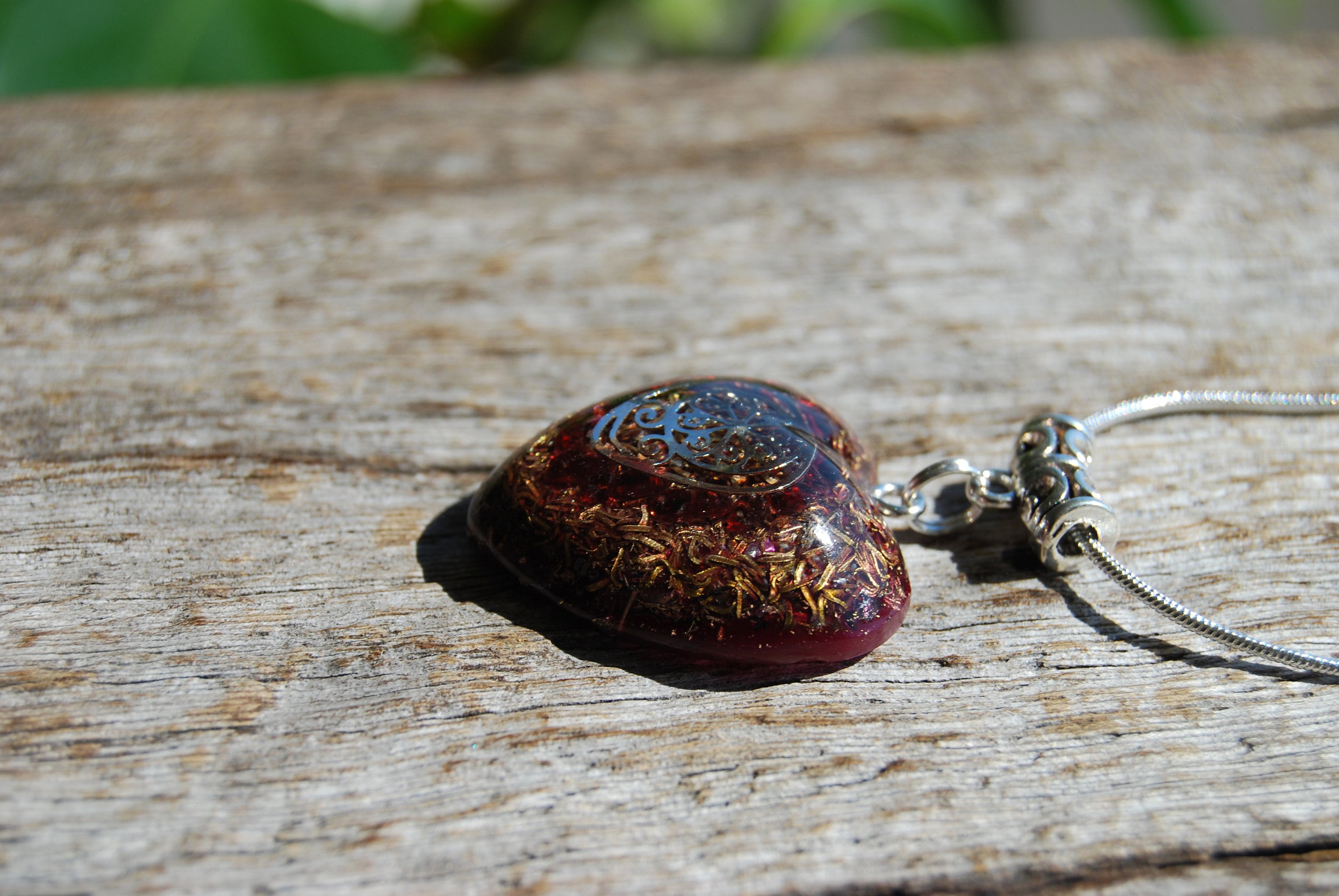 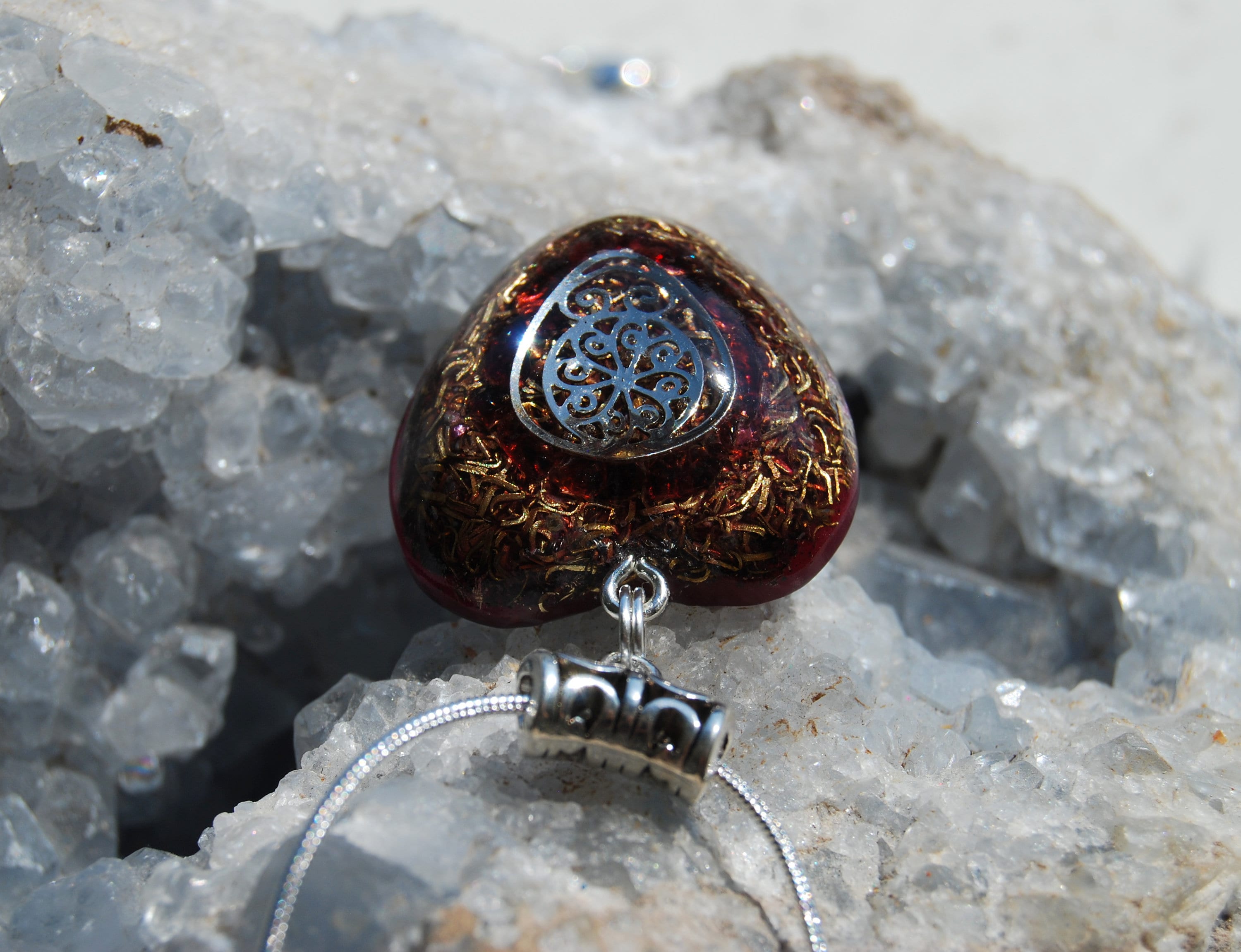 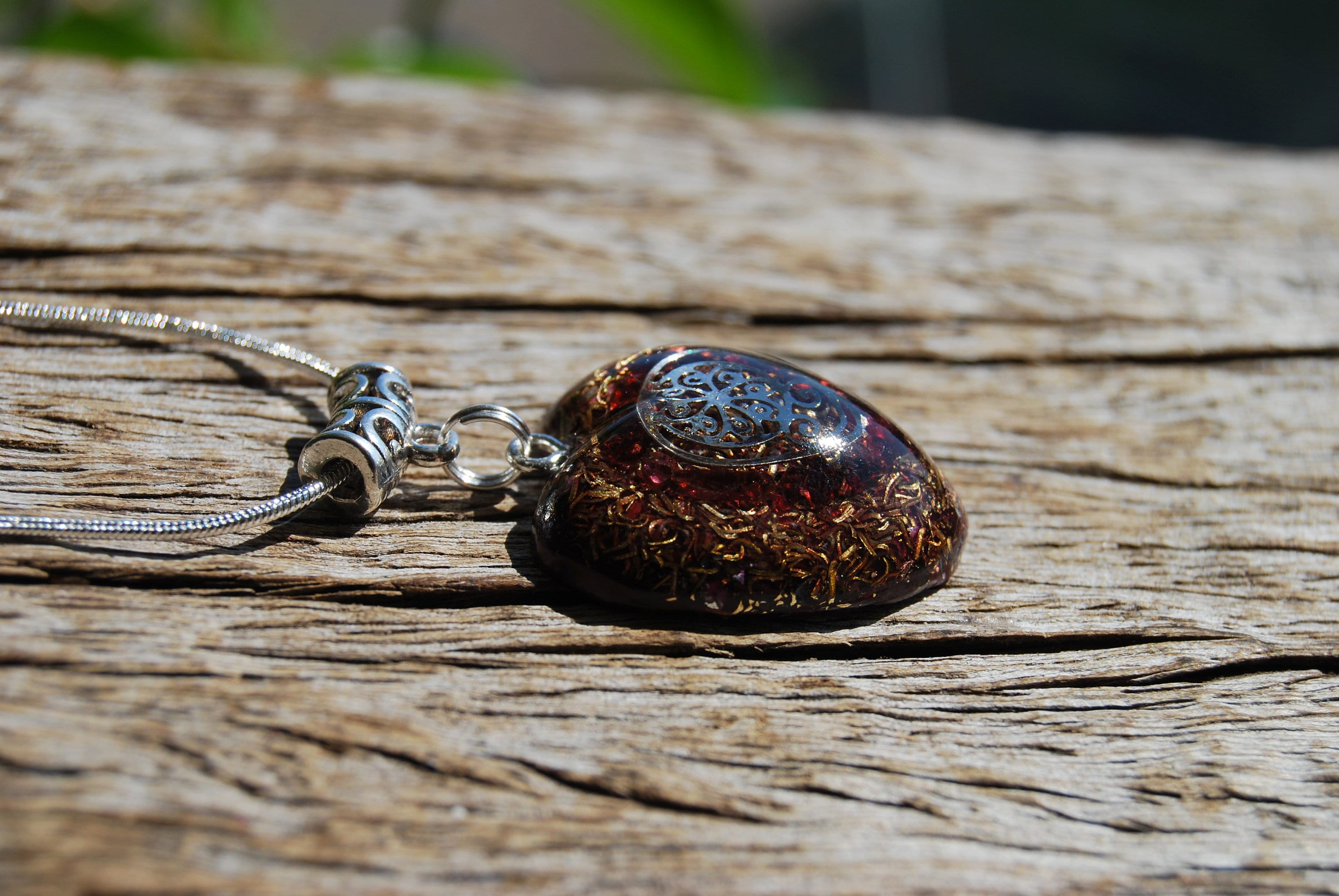 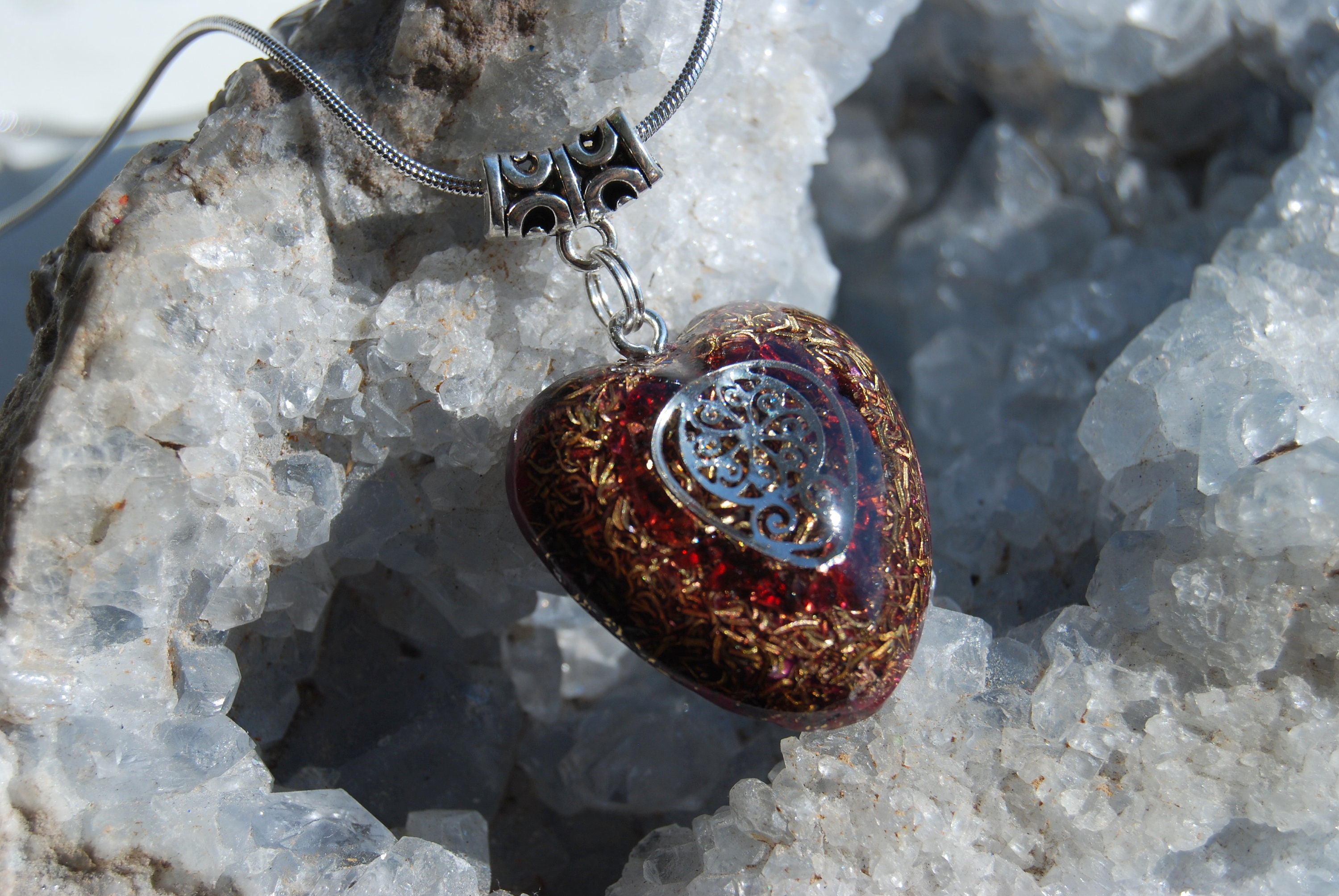 This lovely heart shaped Orgonite® pendant contains brass, aluminium, copper and bronze shavings. The main stone is Almandine Red Garnet meticously laid around the symbol (the symbol has not meaning but it is just for decorative purposes, I like it). It also consists of clear quartz, black Tourmaline and Selenite all within an organic resin setting.