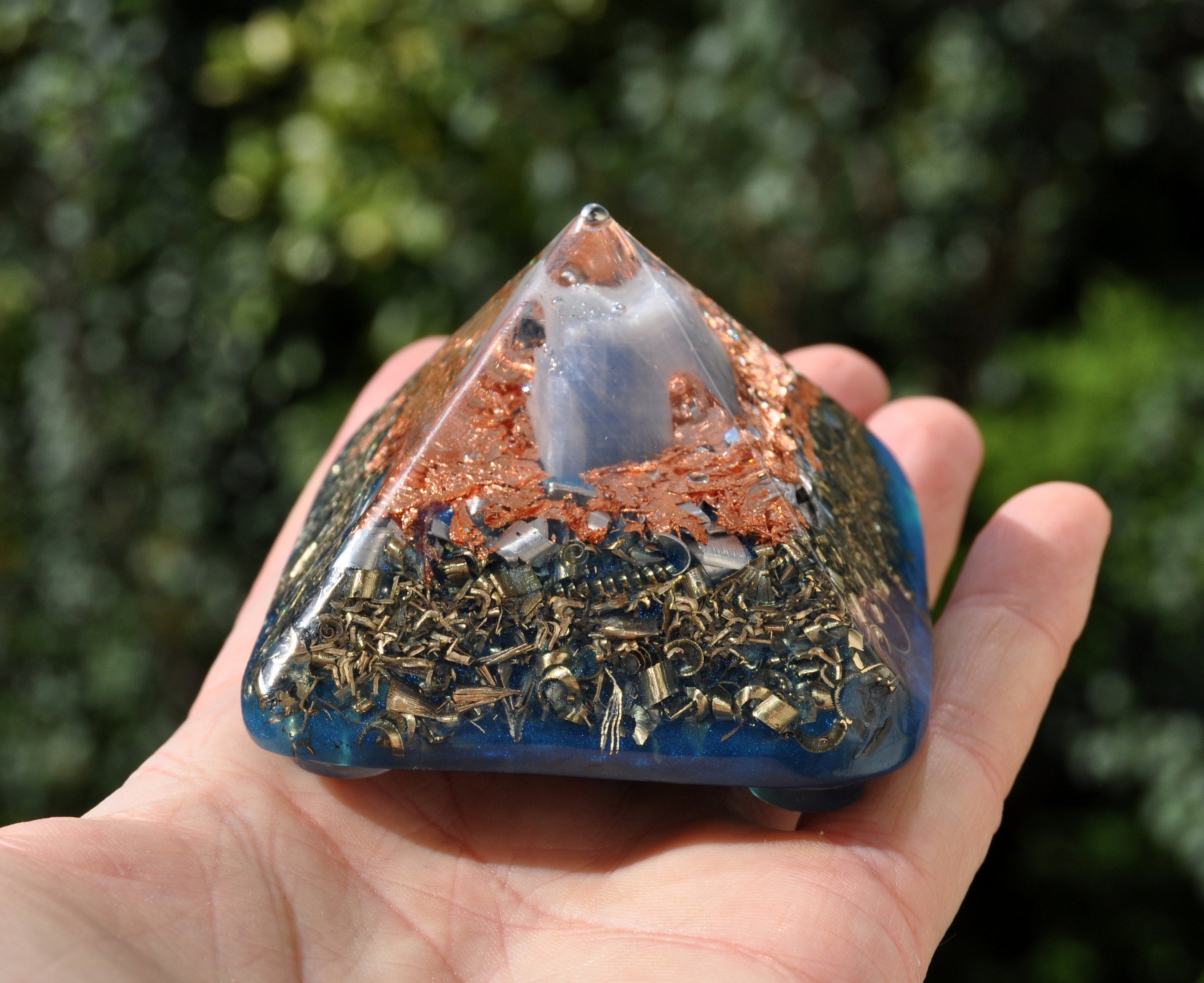 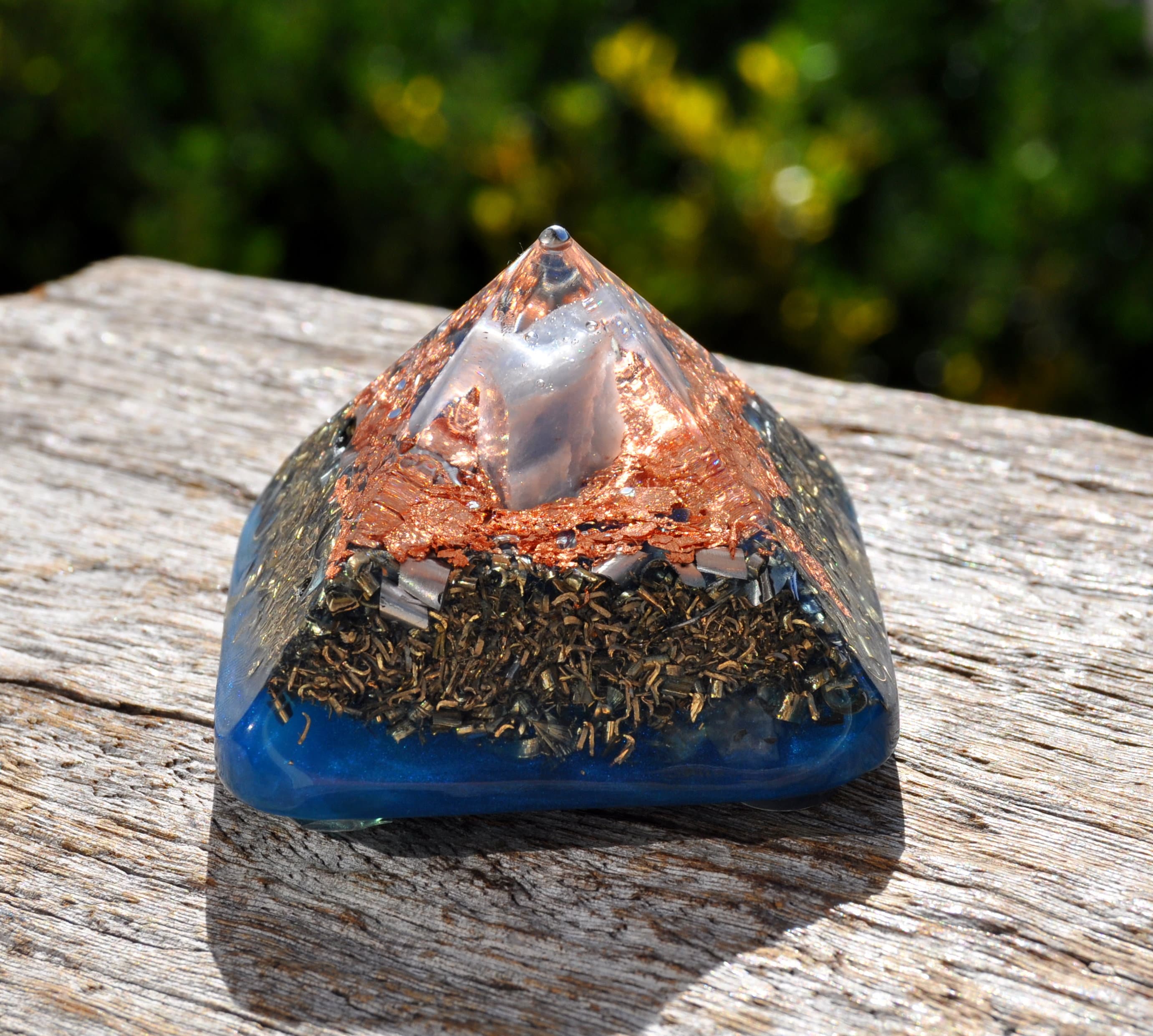 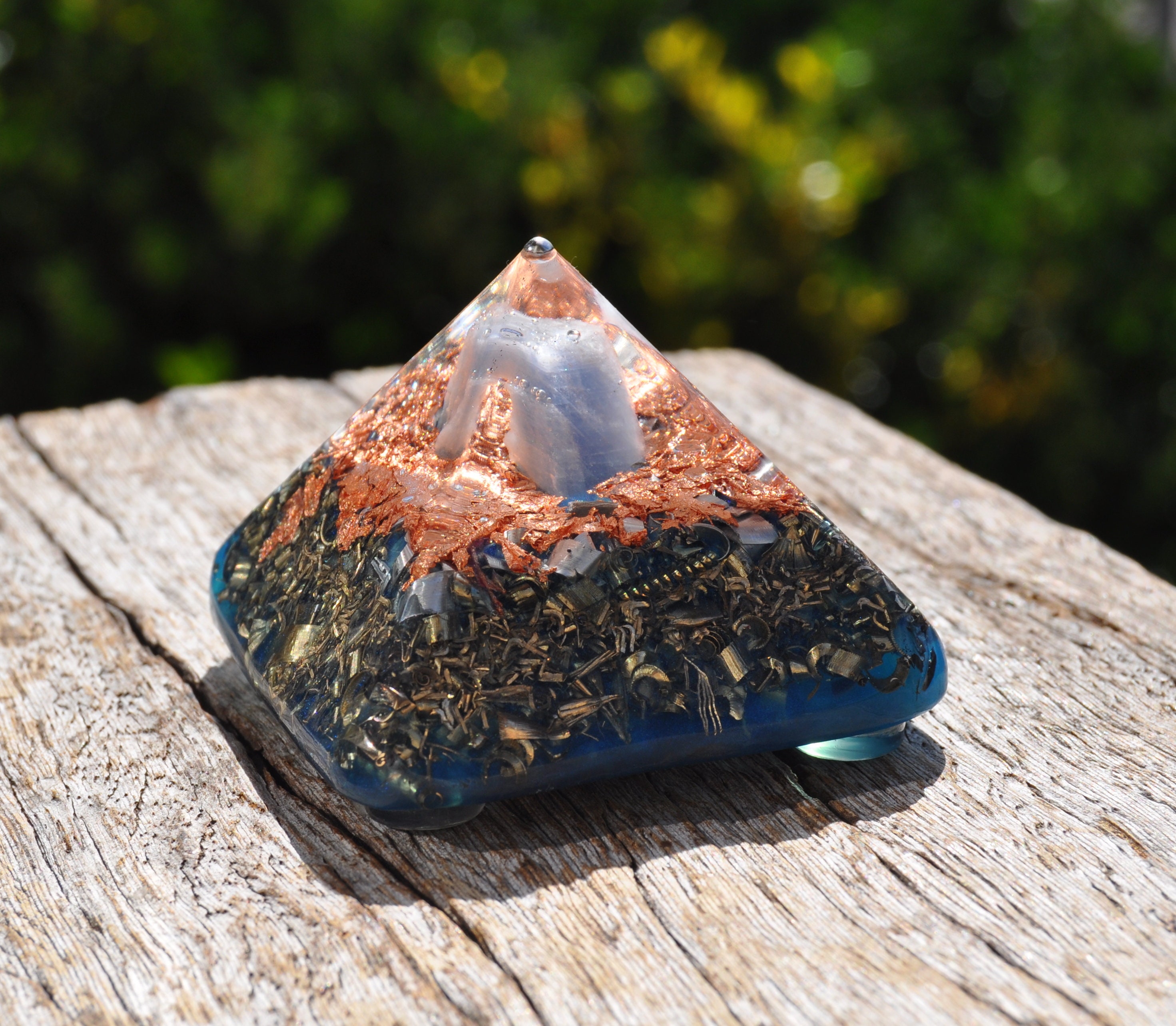 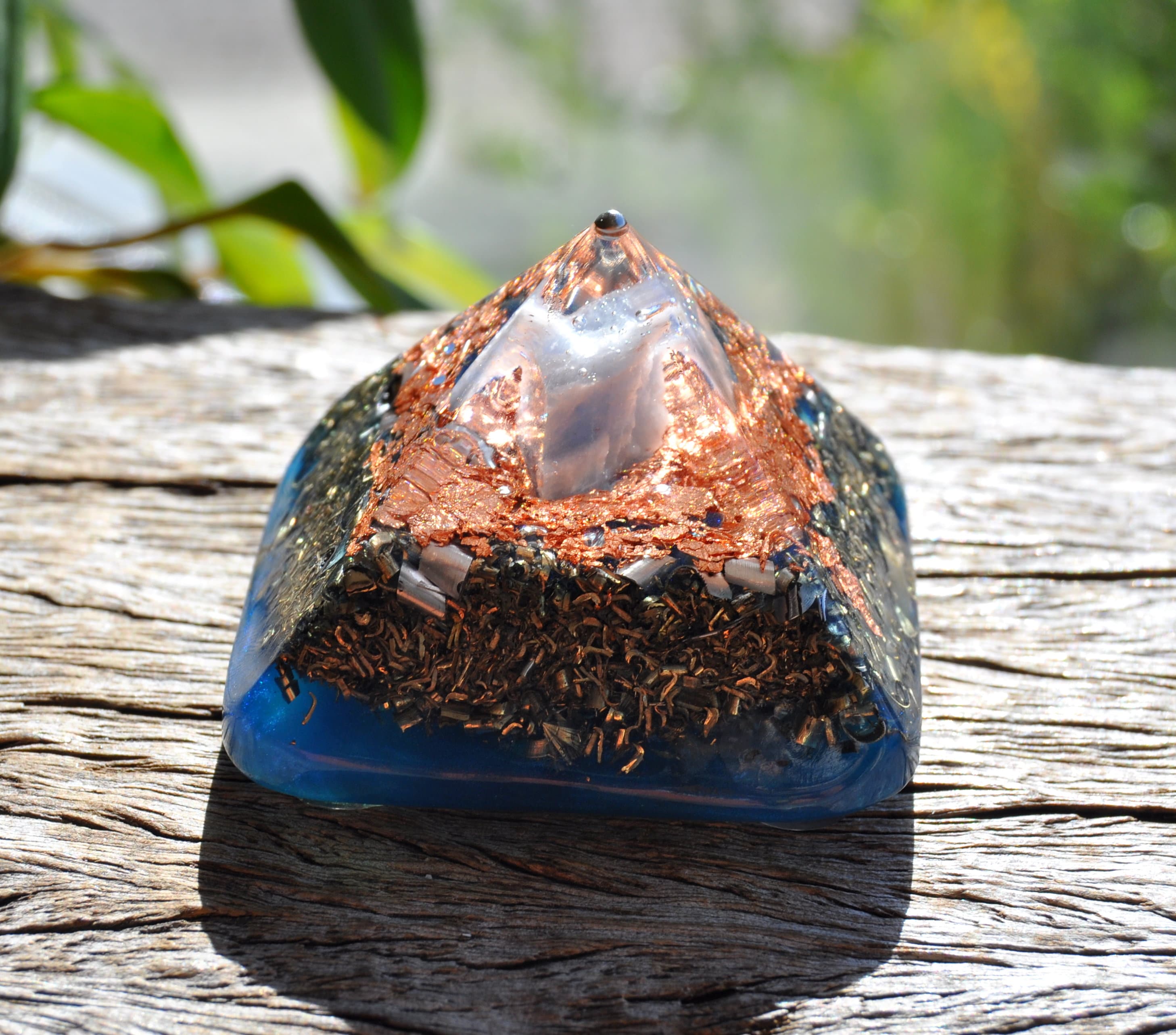 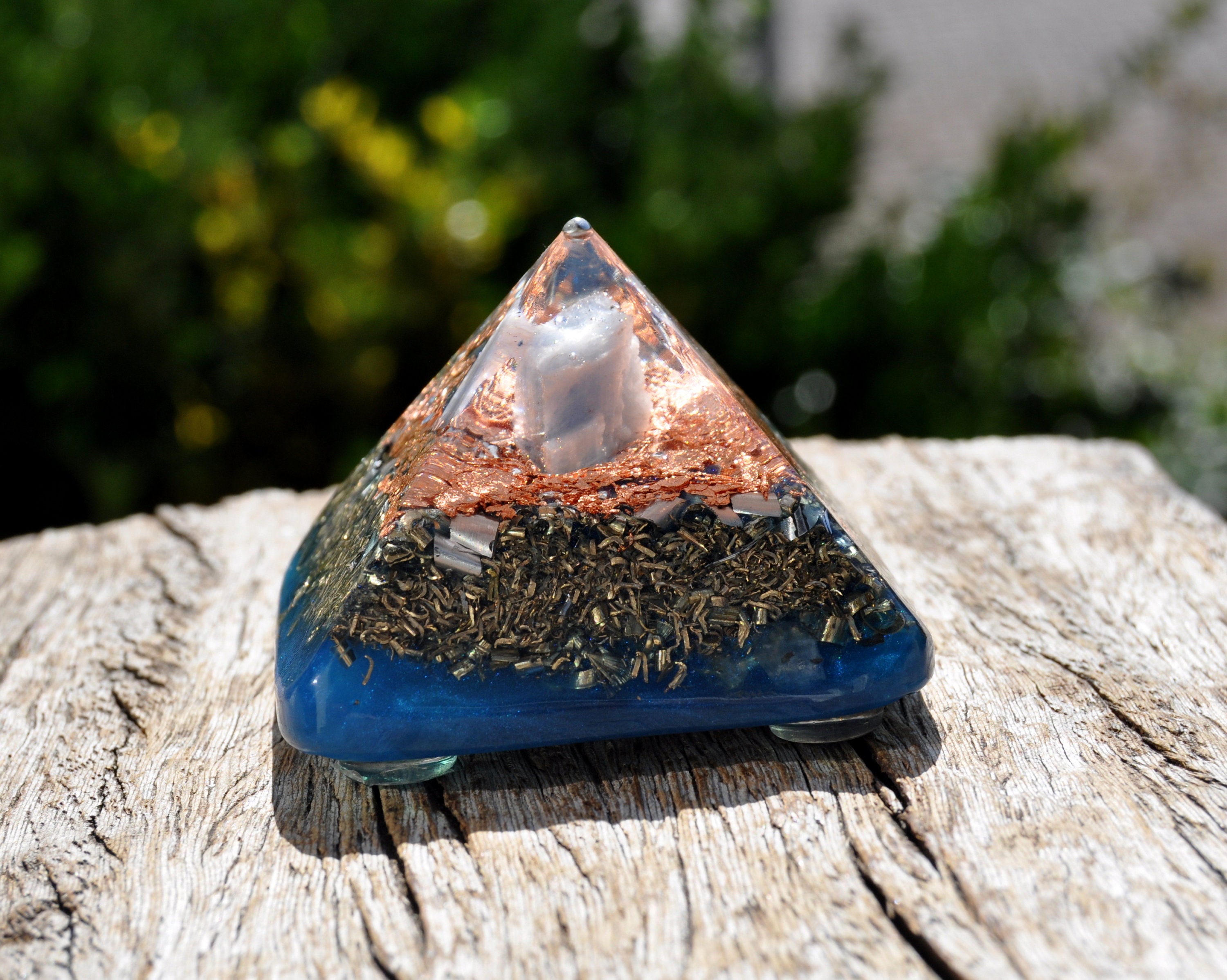 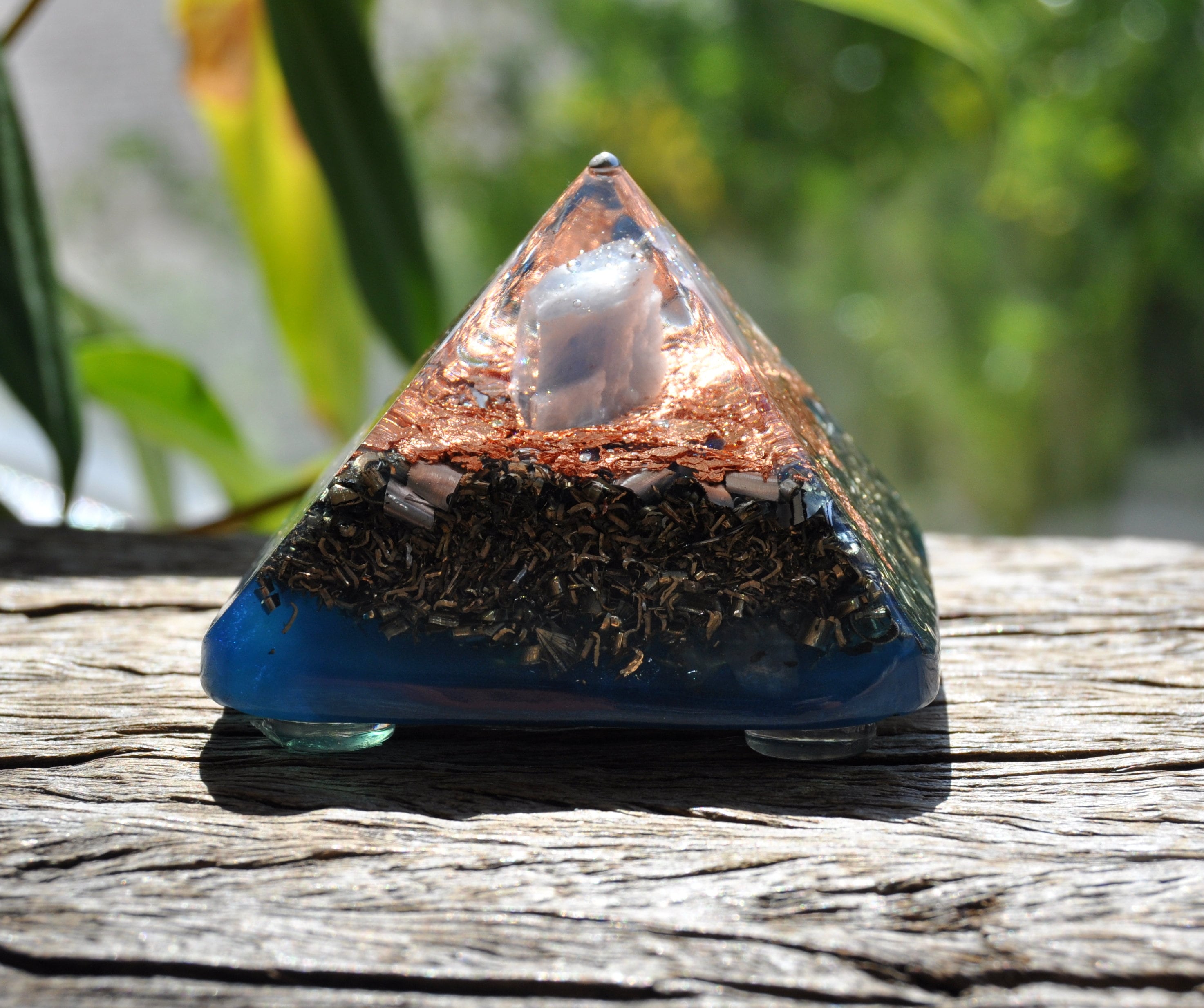 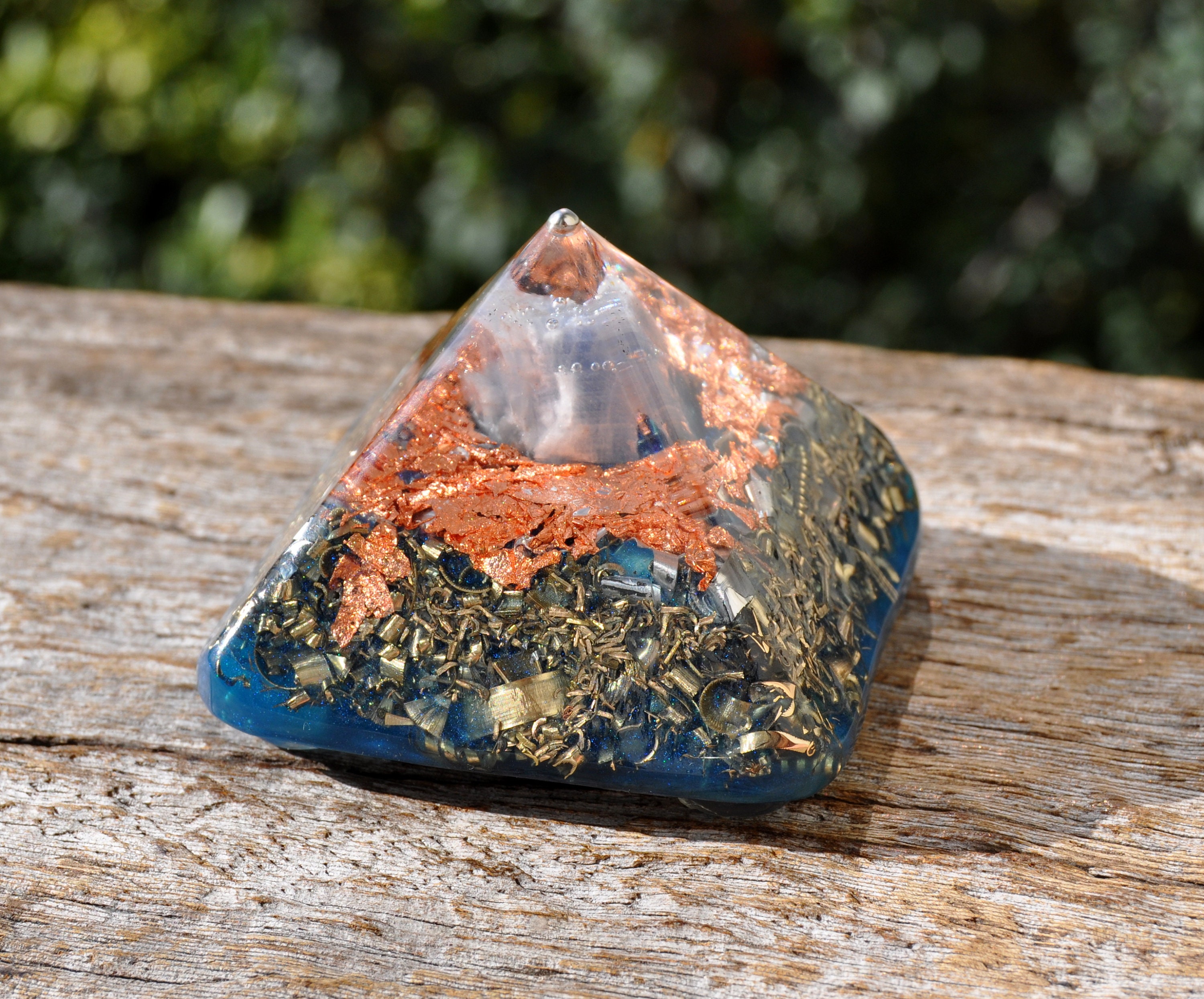 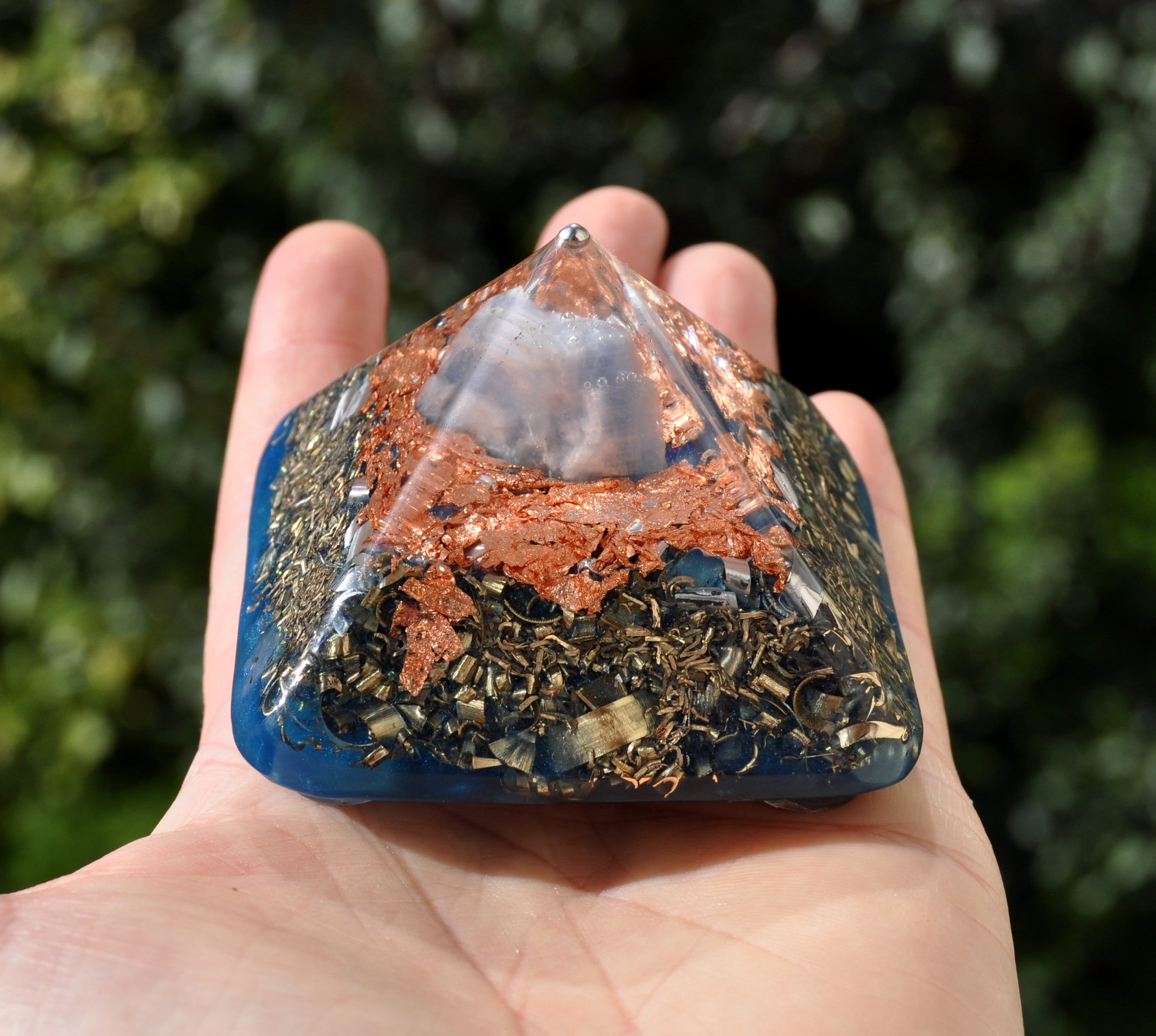 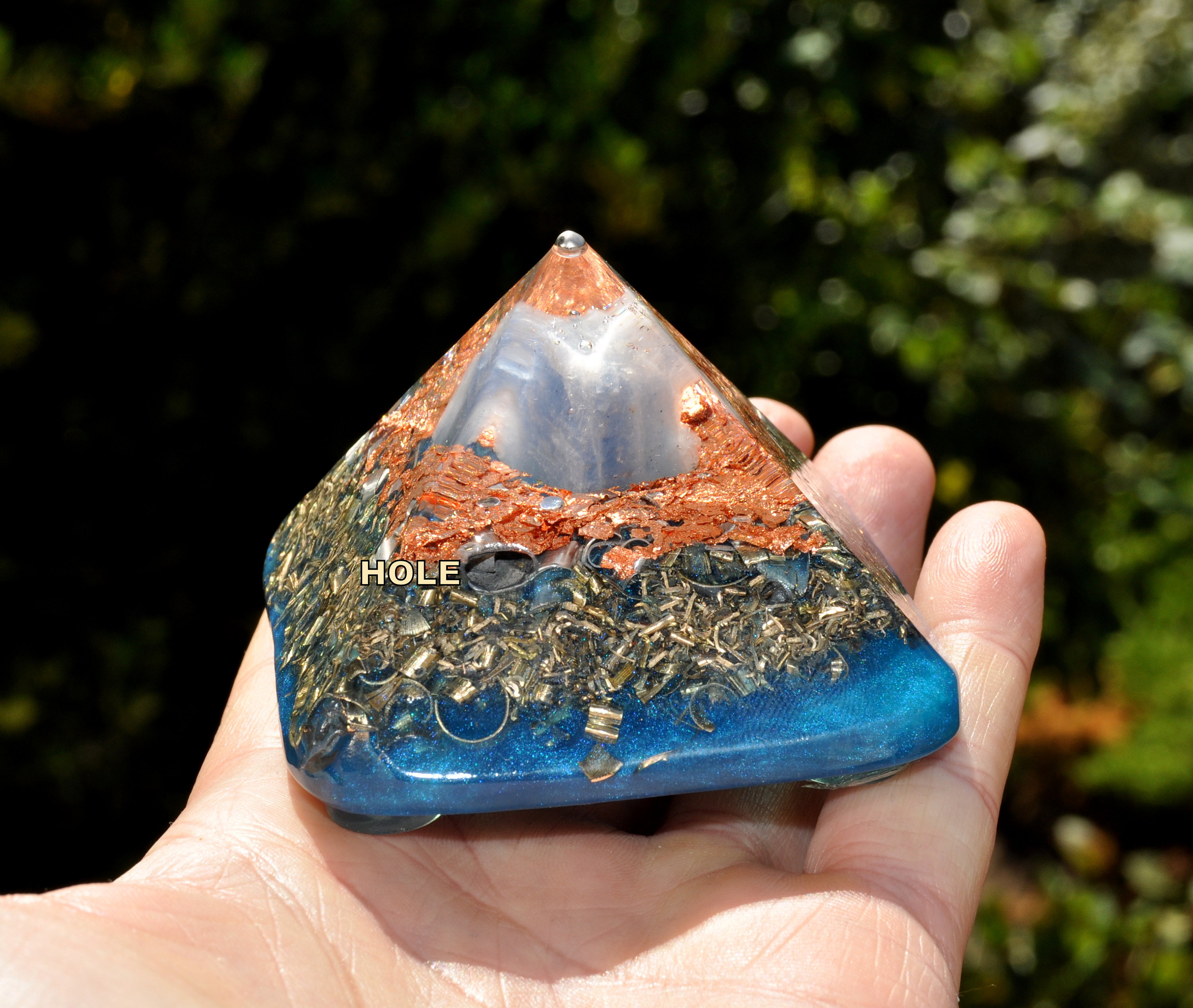 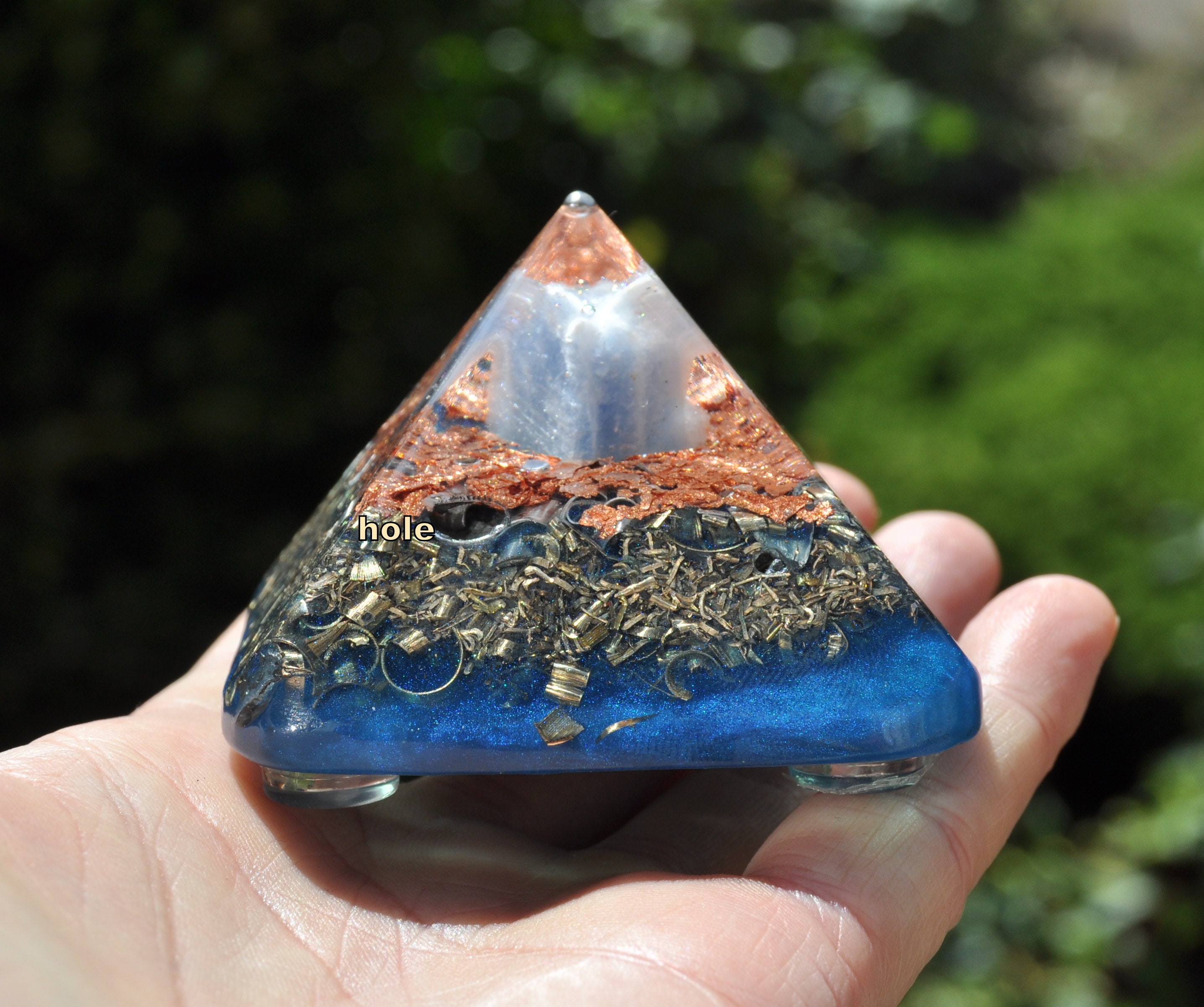 🔥 Please note that this pyramid is cheaper then the usual similar size pyramids, because it has a larger hole on one side due to an airbubble (as shown in the last picture).

This is a unique Orgonite® pyramid with the original shape of the actual Giza pyramid in Egypt. It has one raw natural blue Calcite in the top.

Calcite tends to have a gentler energy than other crystals but this should not be mistaken as a weaker energy. Sometime subtle, slow change is the most beneficial. Calcite allows you to clear baggage from the past and guides you to look at improving the future. Blue Calcite works with the throat chakra and heals all forms of communication. It promotes empathy and understanding and the discovery of new peaceful ways of interaction.

Calcite is a Seeker Builder Crystal. Seeker Builder crystals are used to focus your efforts to achieve a highly desirable goal. Finding your true love, getting your perfect home, or having a financially secure retirement are all dreams that take a great deal of focus and energy to accomplish. Calcite is a perfect aid for such efforts.

Blue Calcite crystals are the crystals of trust. When we seek to become more sincere, act more responsibly, or become more trustworthy or faithful, these crystals give us the focus we require.