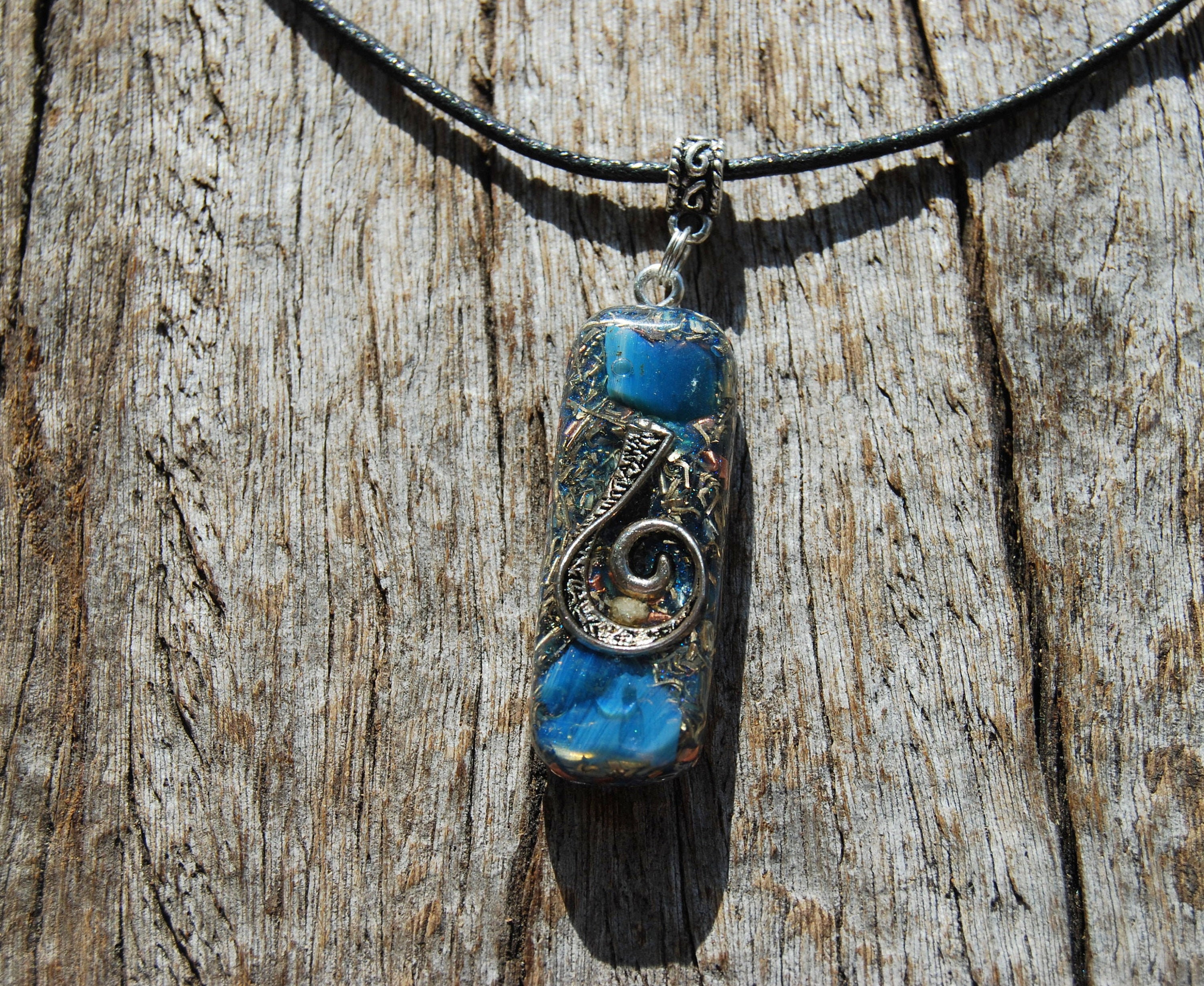 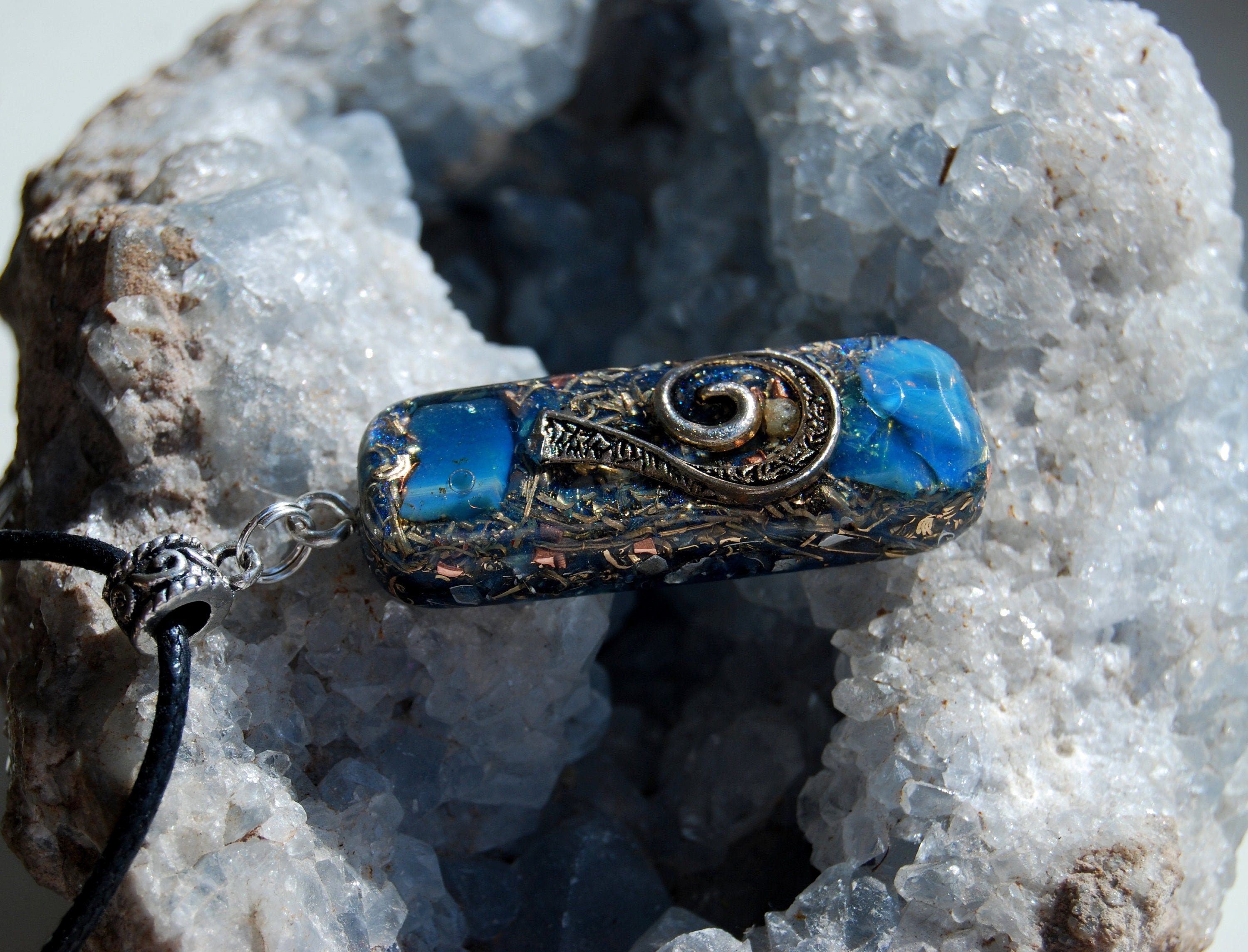 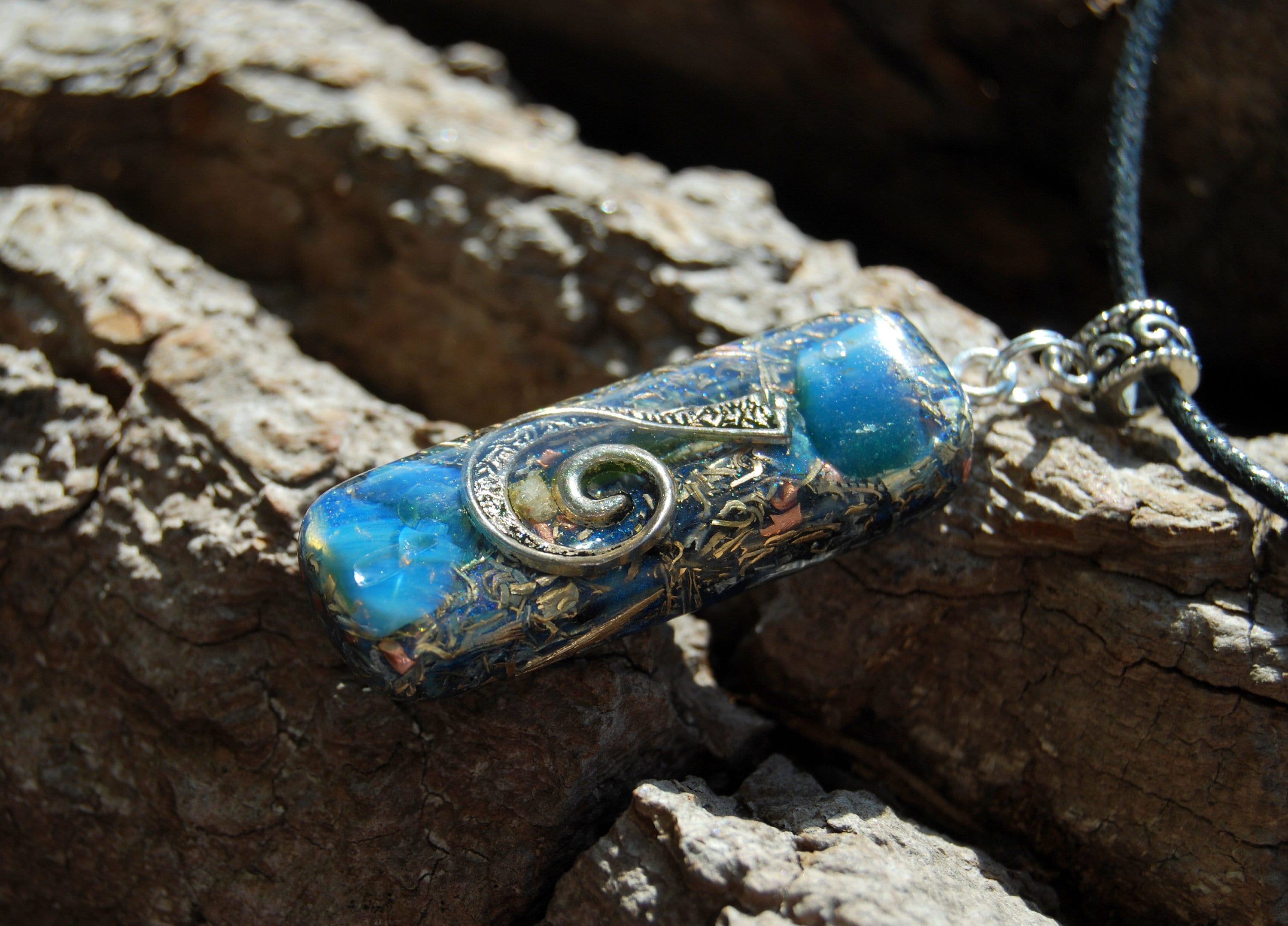 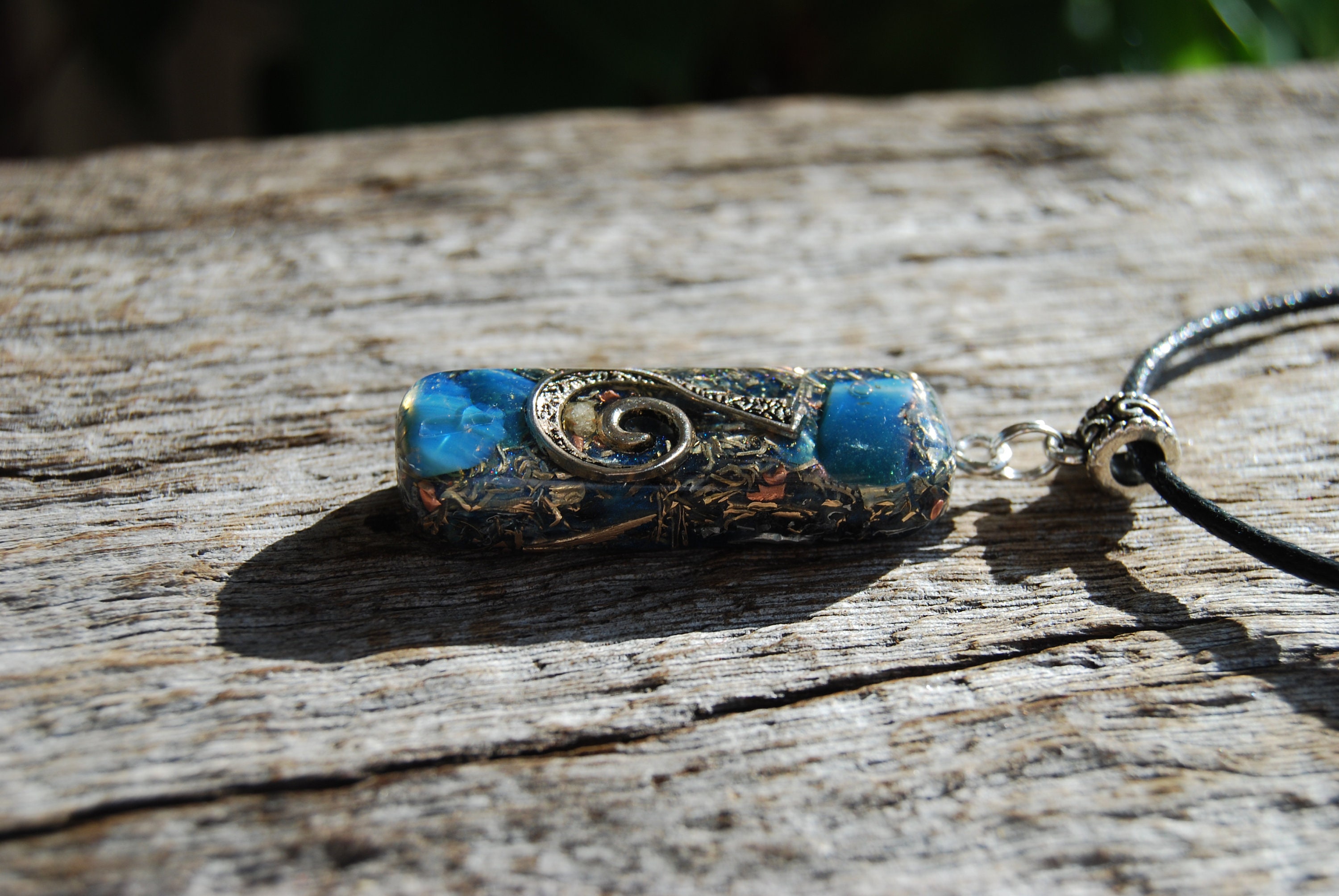 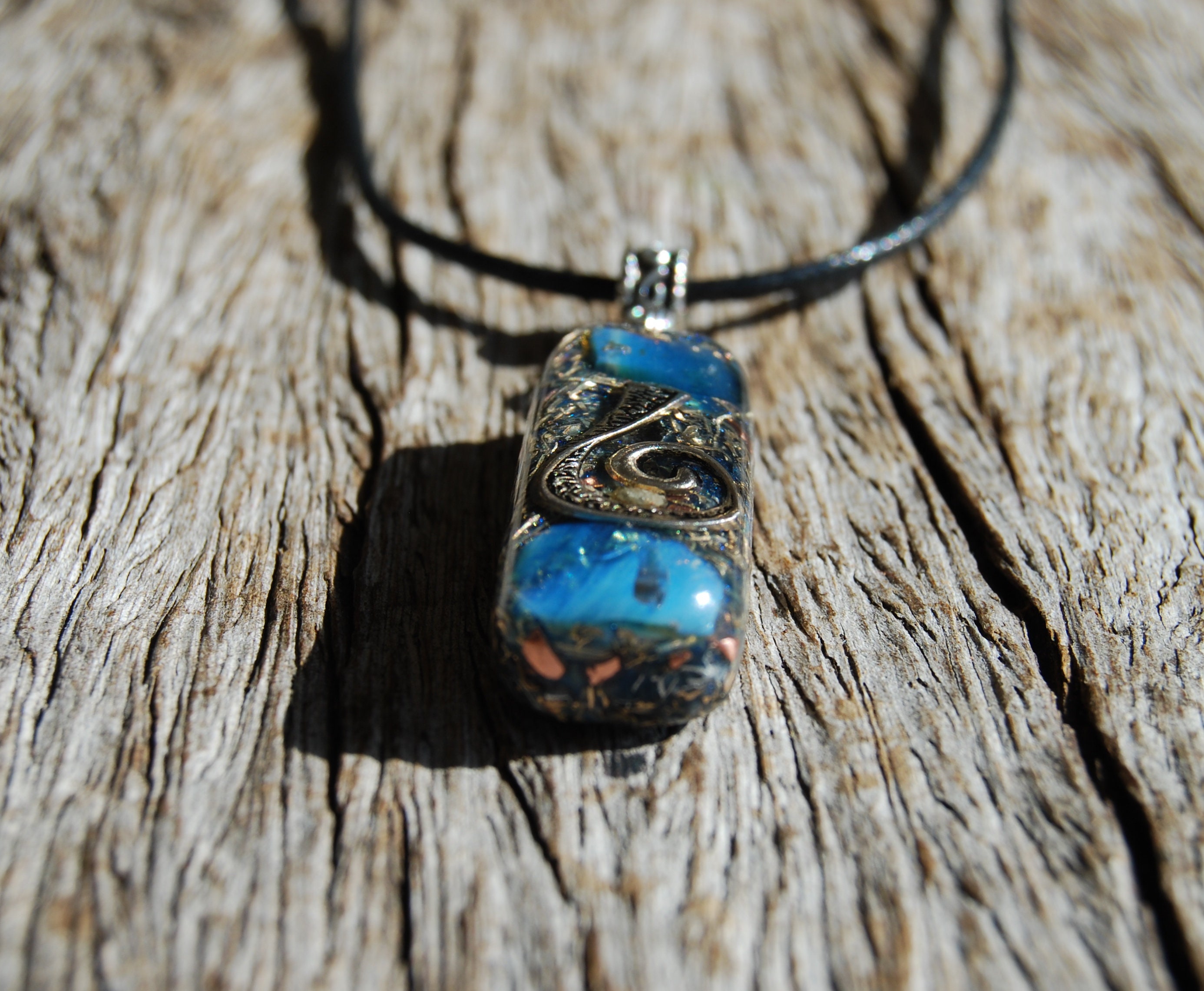 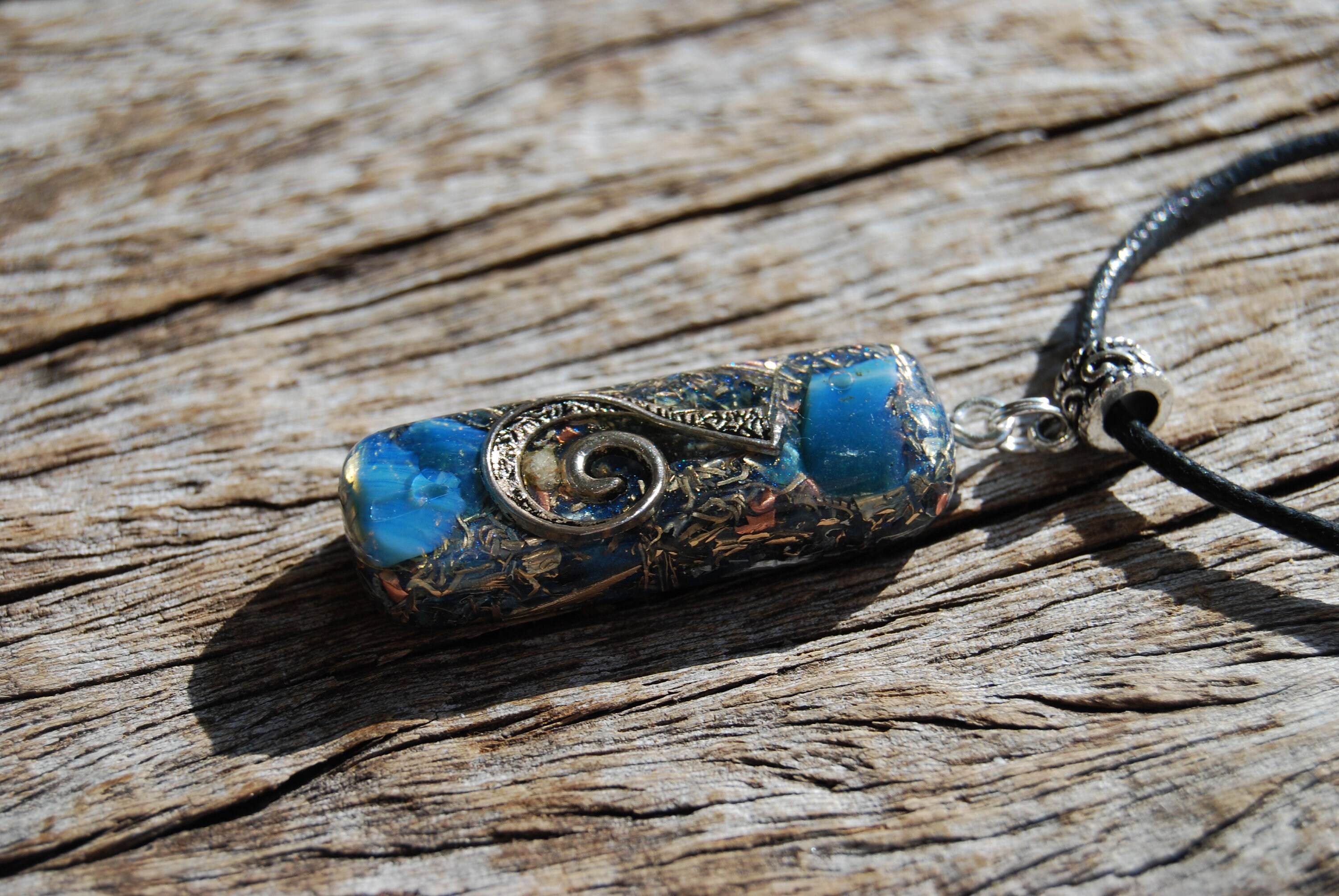 This uniqu Orgonite® pendant features a whimsical spiral and contains lots of various metal shavings. The main stone is Swedish Blue slag out in the front. It furthermore contains Pyrite (to enhance), Rhodizite (to amplify), Elite Shungite (protection), black Tourmaline (to ground excess energy and protect), Selenite (to charge and clean) and clear Quartz (for piezo electric effect) all within a durable resin setting. Unique thus nowhere to be found elsewhere!

Swedish blue slag is an obsidian like stone from the small village of Ängelsberg in Sweden. This village was founded in 1681 and was home to the most modern iron production plants between 1700 and 1800. The region has been known for its iron smelting since the 13th century.

The iron from Ängelsberg was known as top quality in the modern world. However, the unique method of production gave yet another special by-product: Swedish blue slag. These remains of the iron production have a beautiful and unique blue color. The rock slag is formed when the furnace has a sufficiently high temperature to glaze the ore. In older slag, occasional traces of vitrification ( transformation of a substance into a glass) are sometimes seen.

These stones can help to put things in perspective. To understand other dissenting opinions and accept different views

It is said that Swedish blue slag has the following properties >

Sparks Inspiration – The Swedish blue slag also helps in enhancing the intuitive abilities and sparks the inspiration within the person who carries it. This helps the person in becoming more honest and sincere.