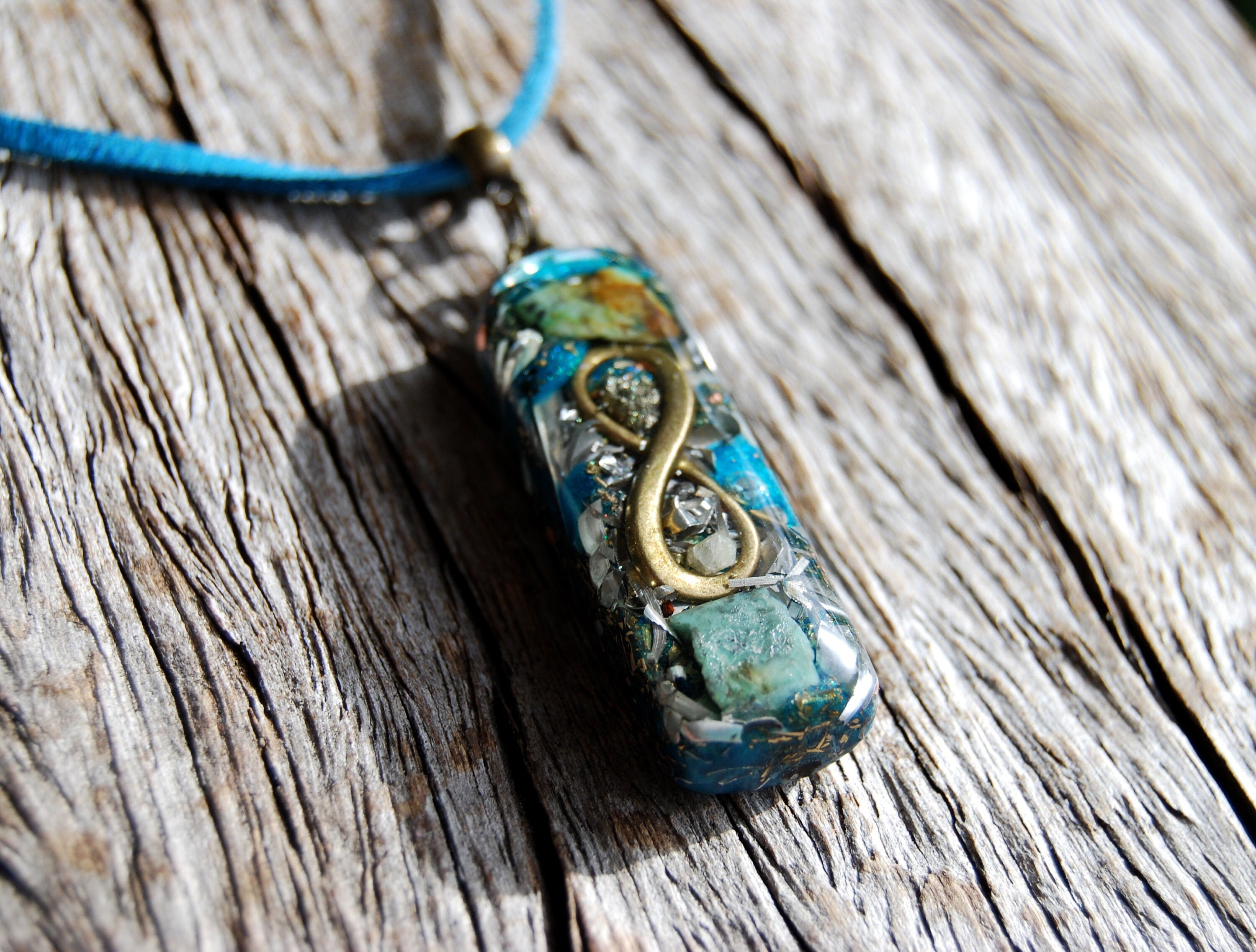 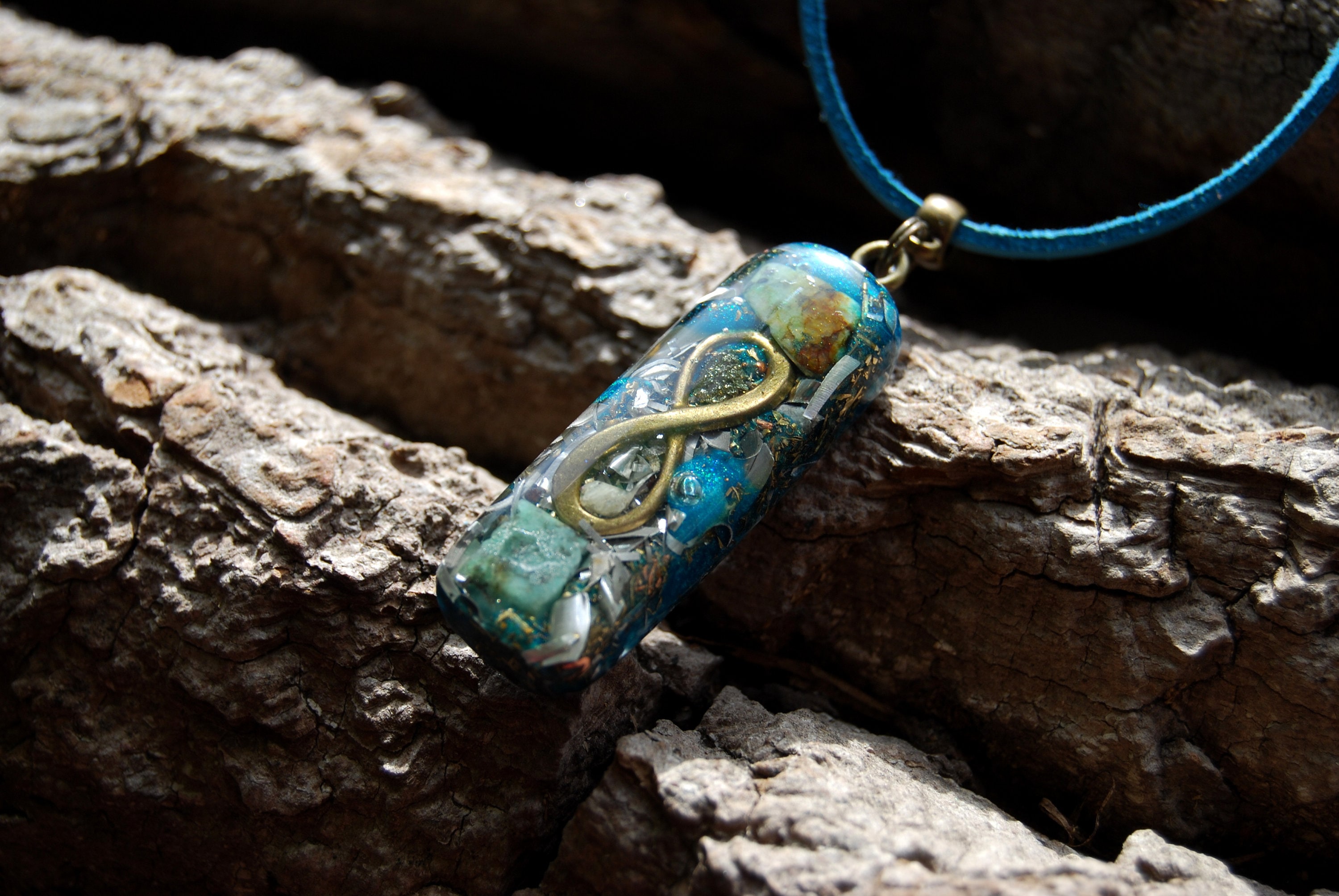 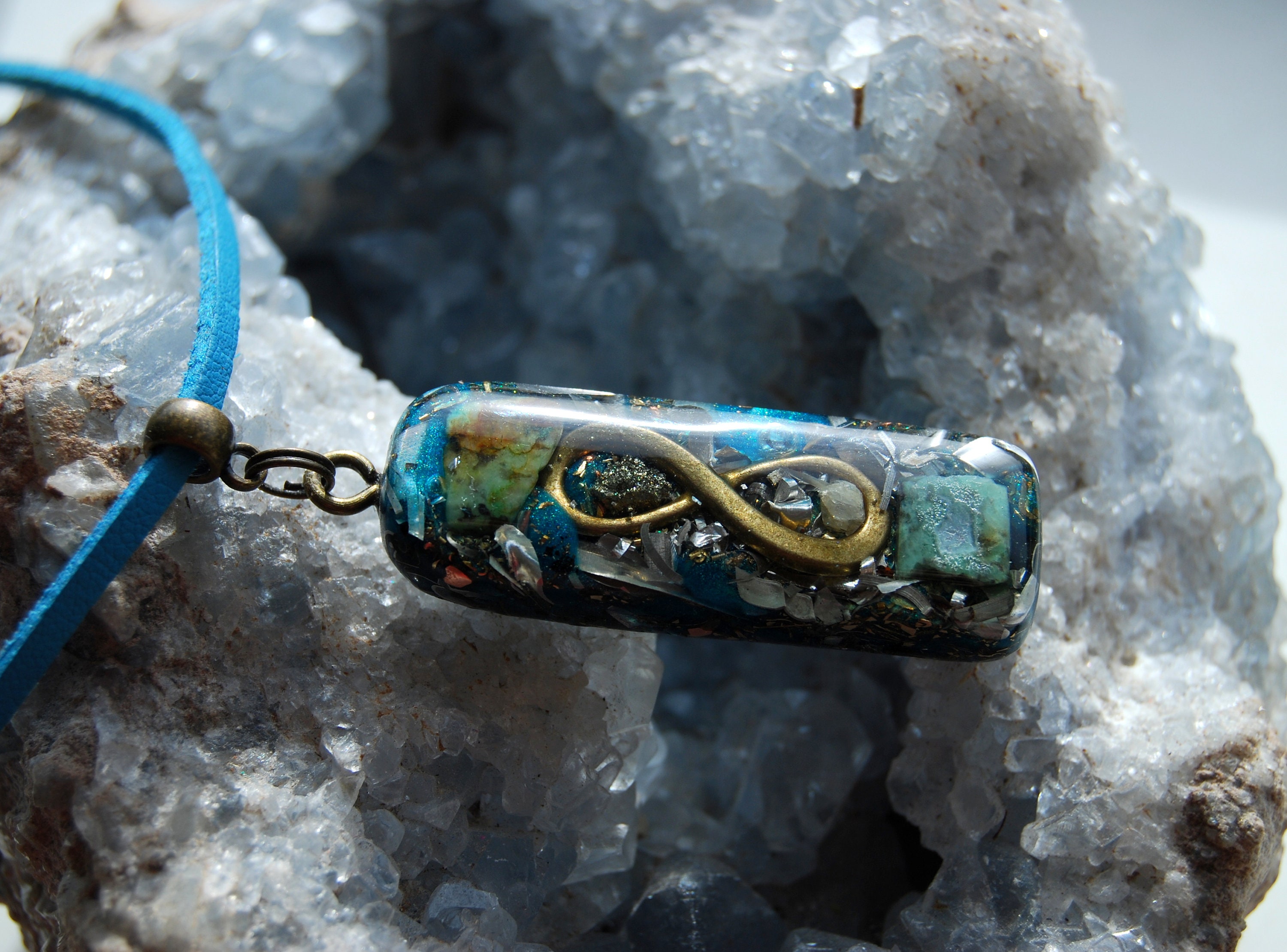 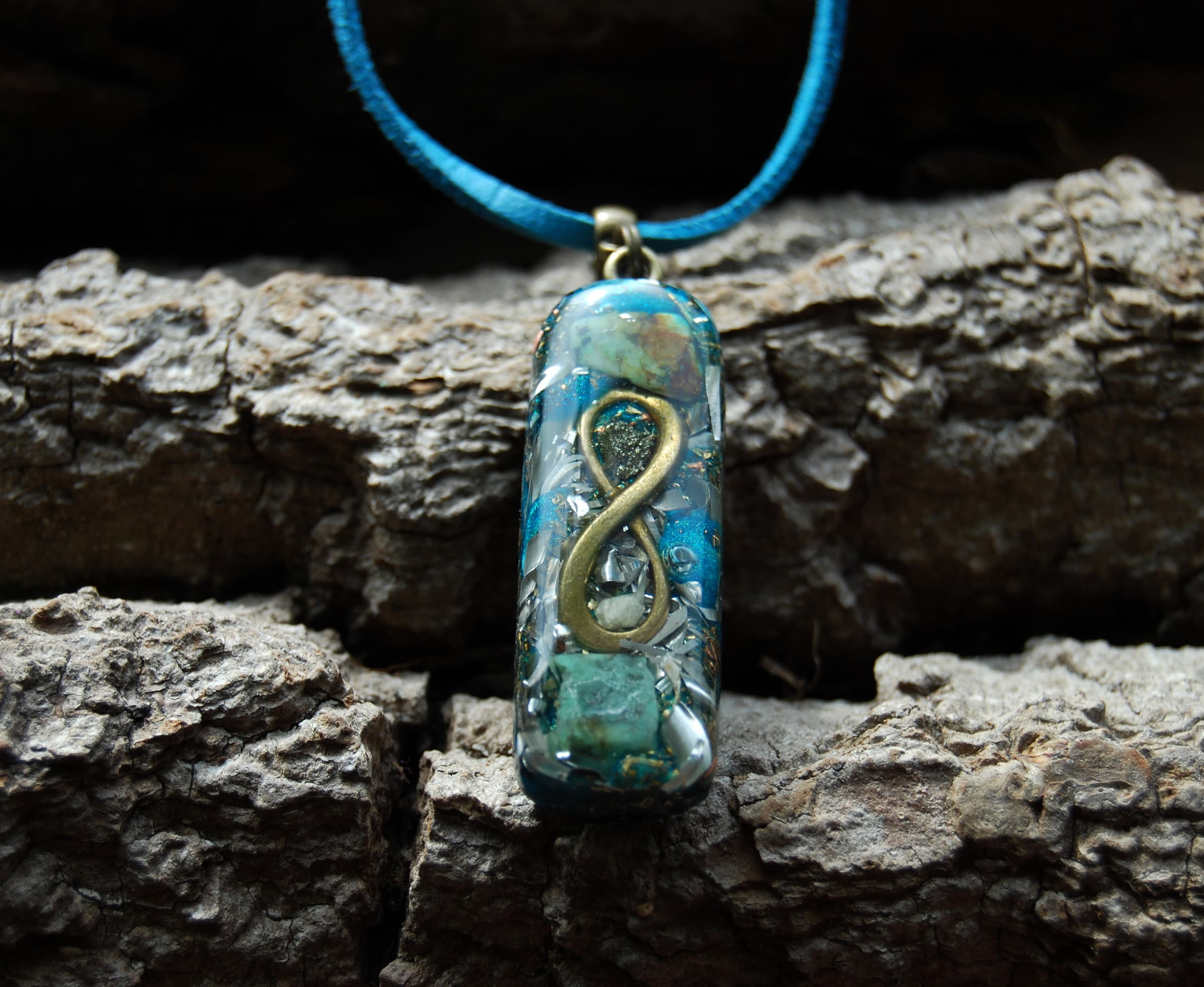 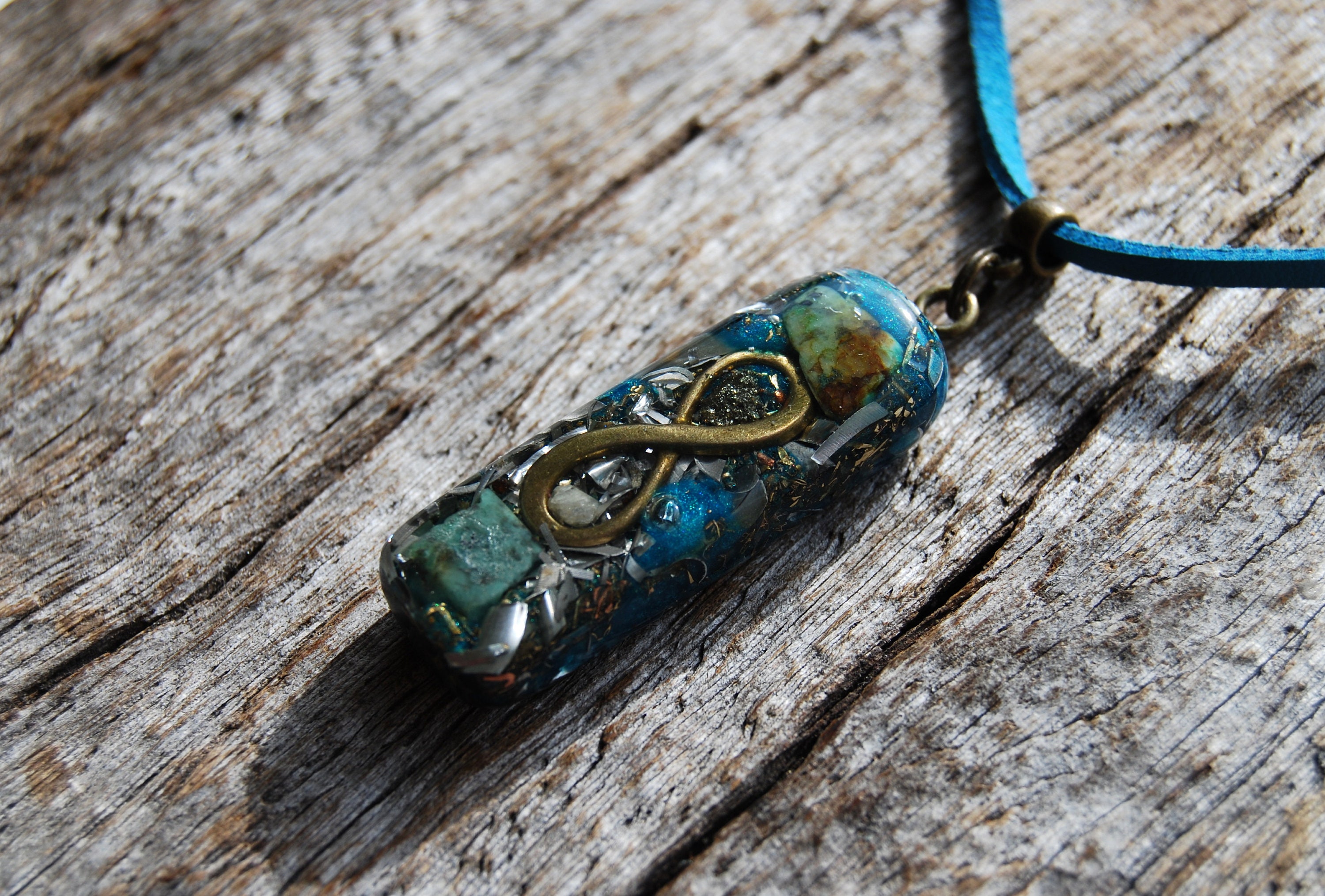 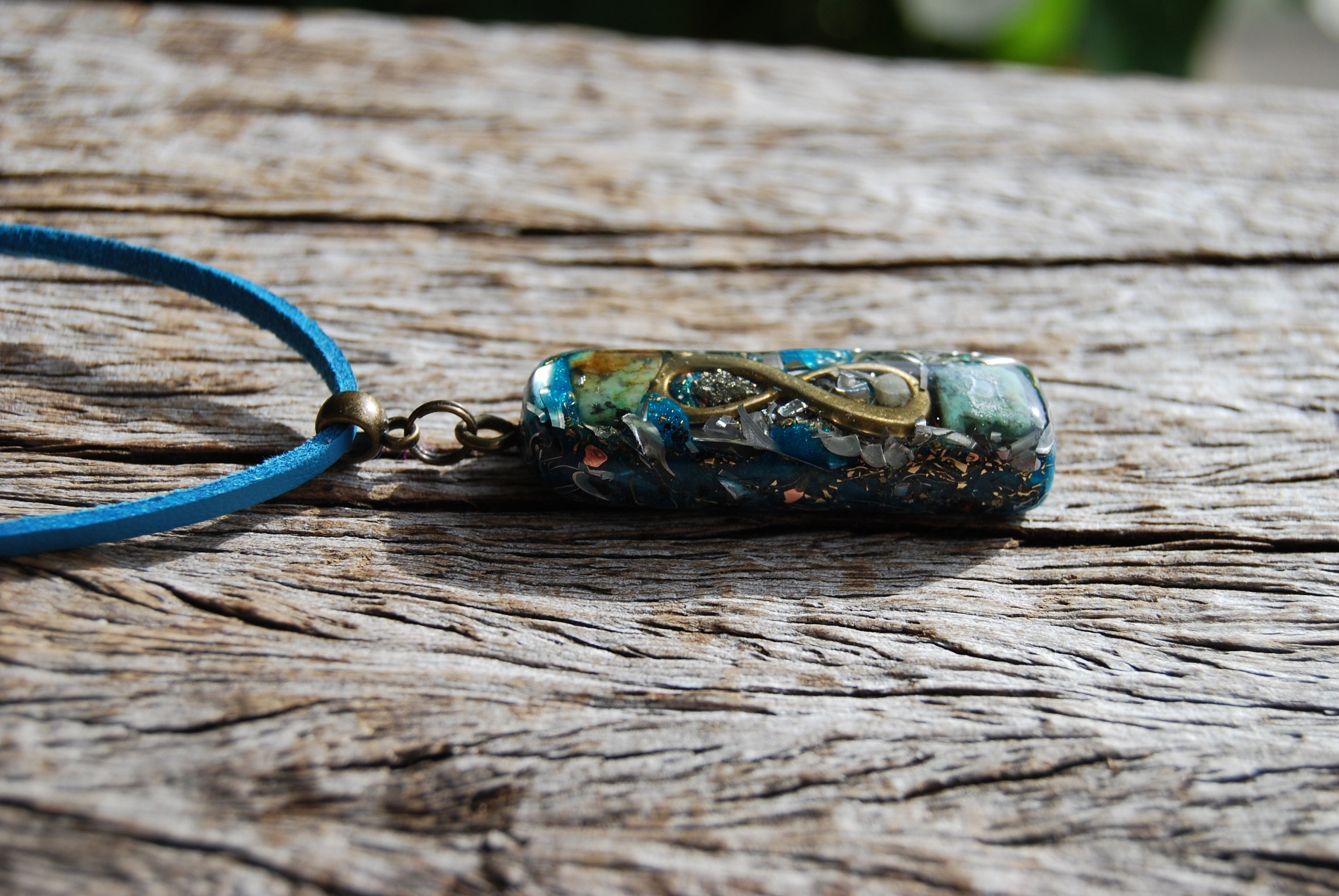 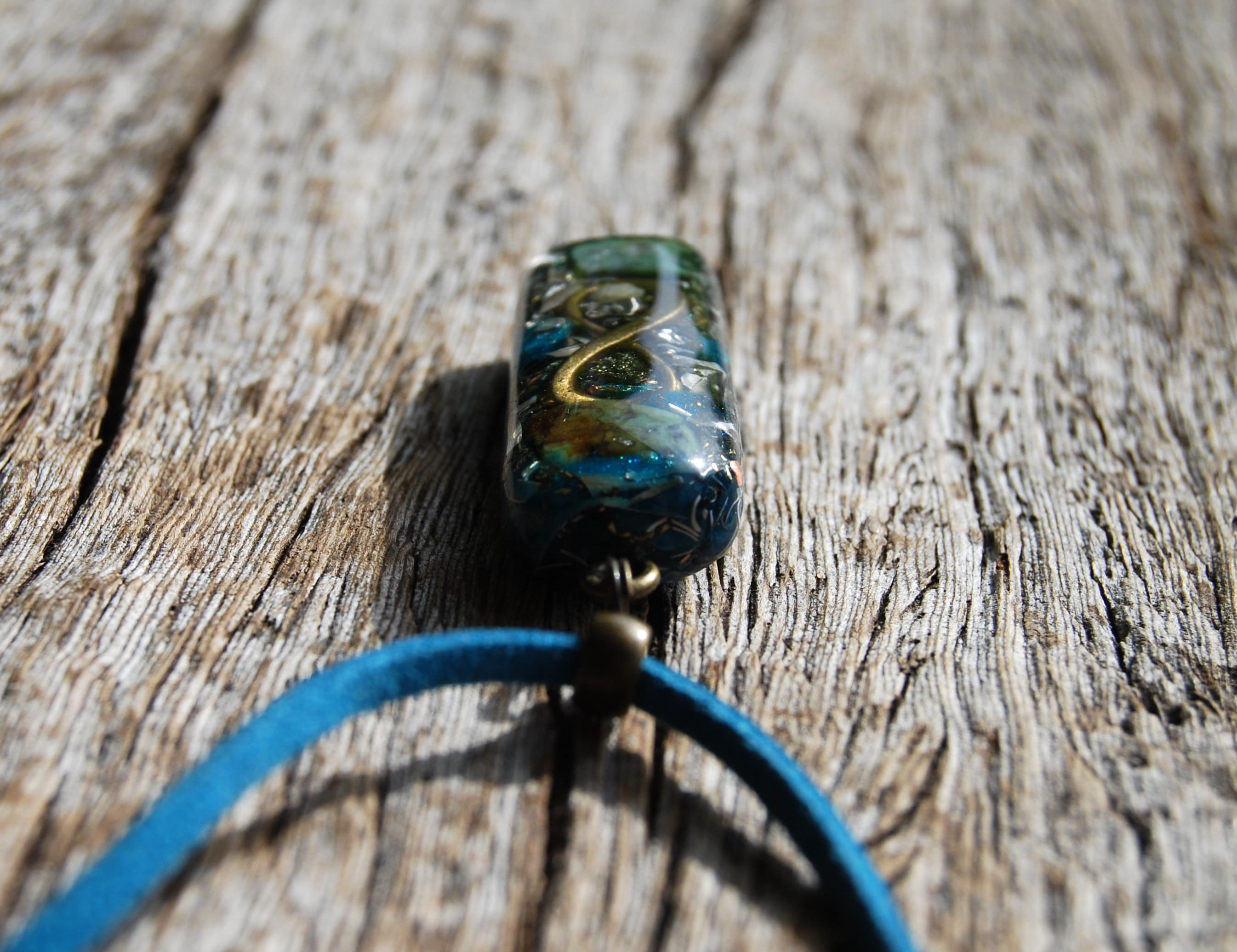 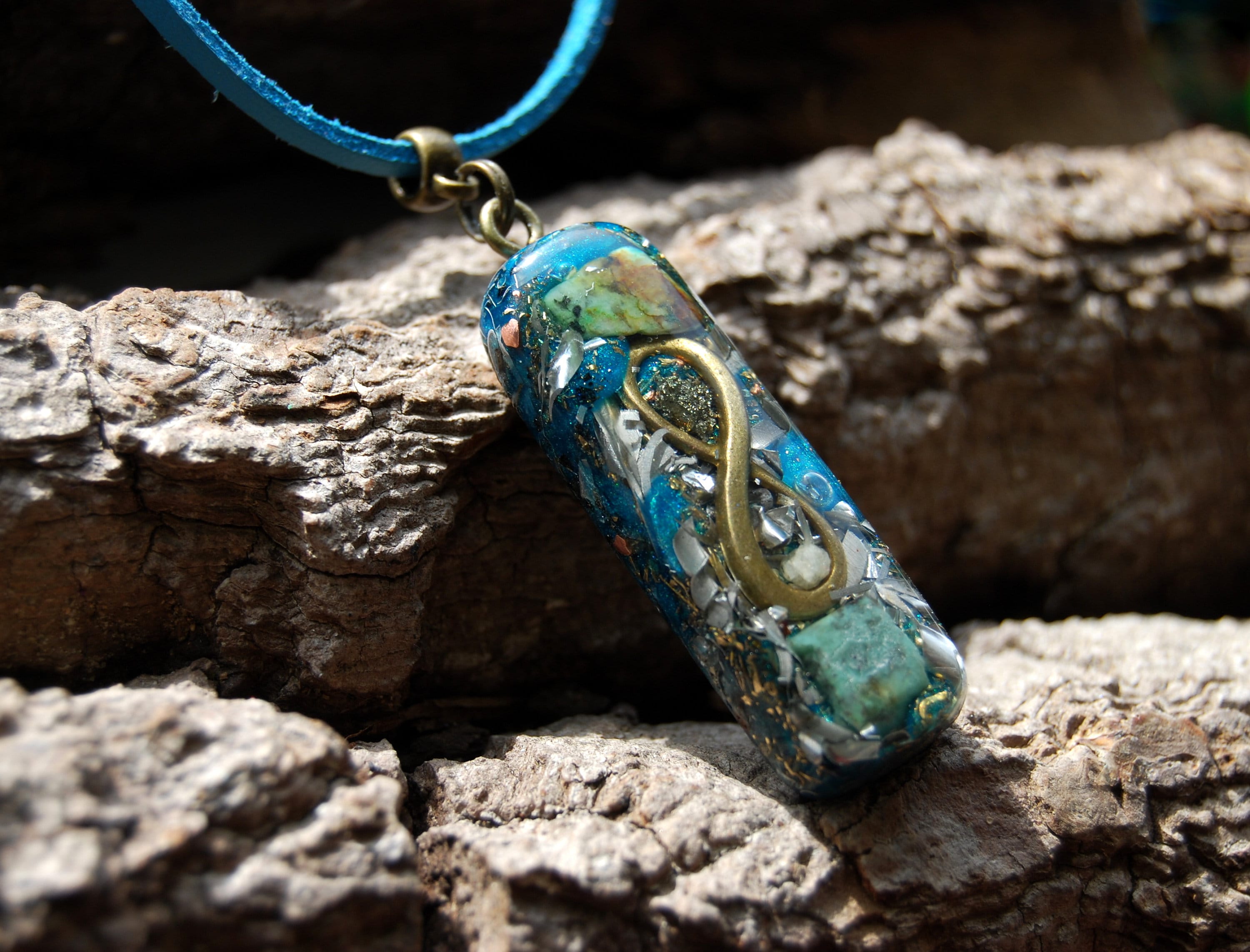 This unique real Orgonite® pendant contains aluminium, brass, bronze and copper shaving. The main stone is African Turquoise laid around the Infinity symbol in the front. It furthermore consists of one Rhodizite crystal in the front (for amplifying the other stones), Pyrite clusters (to increase the overall power of the orgonite®), Selenite pieces (keeps the energy fresh and cleanses and recharges the other crystals), black Tourmaline (for grounding excess energy and protection), Elite Shungite (protection), and a small terminated clear Quartz point (for piezo electric effect) all within a durable resin setting.

African turquoise is actually Jasper from Africa. It is the stone of evolution and is believed to bring encouragement for growth, development and positive change in life. African turquoise opens the mind to new ideas, new possibilities and new existence. It brings structure and balance and hands over a key to new life.

African Turquoise brings about, and assists with, major shifts and transformation in our lives! Its encouraging energy opens our minds to the possibility of new (things, opportunities, thoughts, mindsets, ways of life, paradigms..) and helps us to see the need for development and metamorphosis, within ourselves and within humanity. Traditionally, African Turquoise was used by tribe members during initiation periods to access the knowledge and guidance of the ancestors during these times of change and growth, initiating the pathway to a clear and focused mind.

Use African Turquoise to work with your Third Eye Chakra when seeking guidance and knowledge from your Higher Self, and when wanting to understand your true soul purpose.

It's a a stone to help ease mood swings, encourage acceptance and sooth feelings of emotional aggravation. Also a stone to help lesson the affects of joint discomfort while to helping bring lubrication within the joints and improved flexibility overall. Alongside this, African Turquoise is beneficial to kidney function and aids digestion.