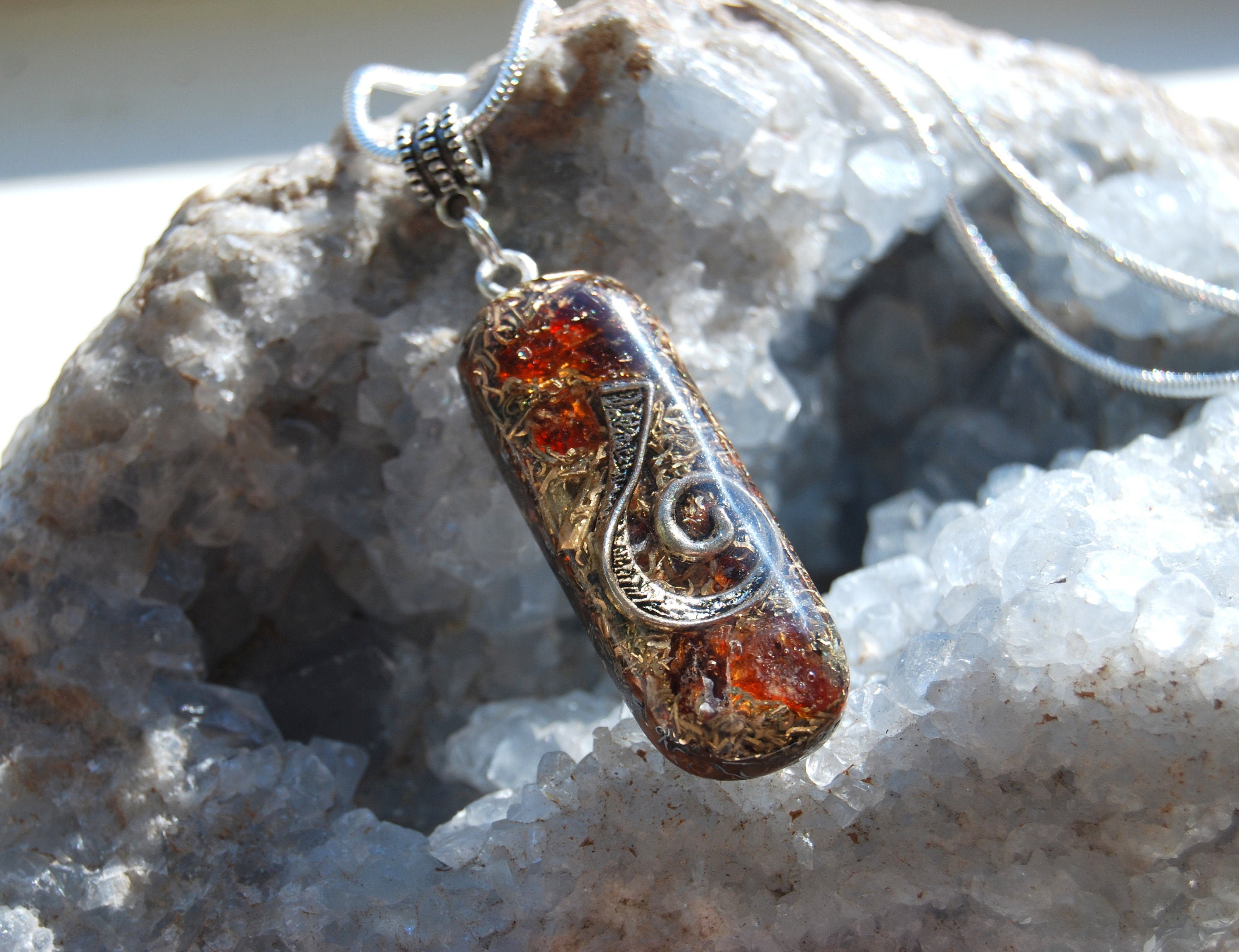 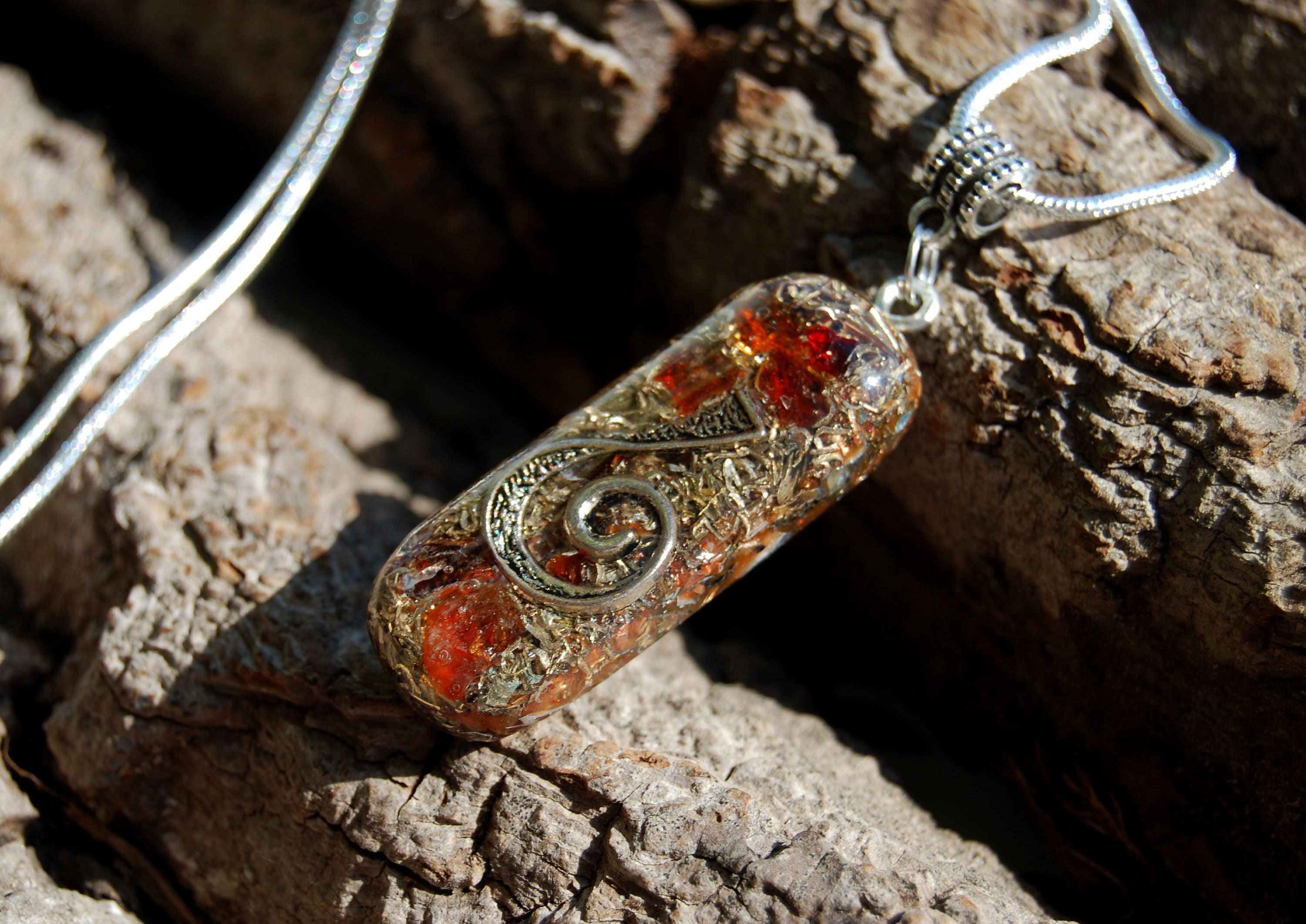 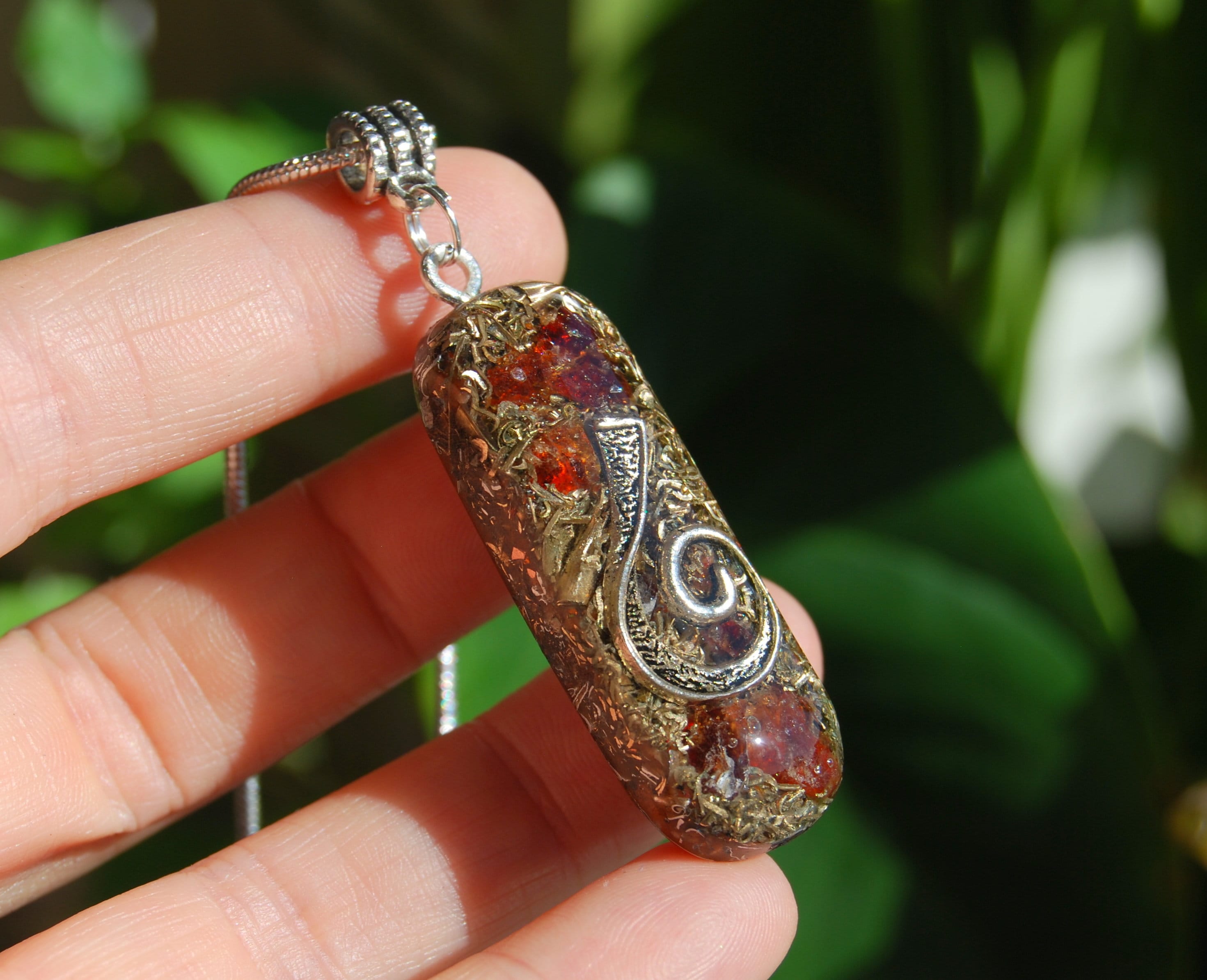 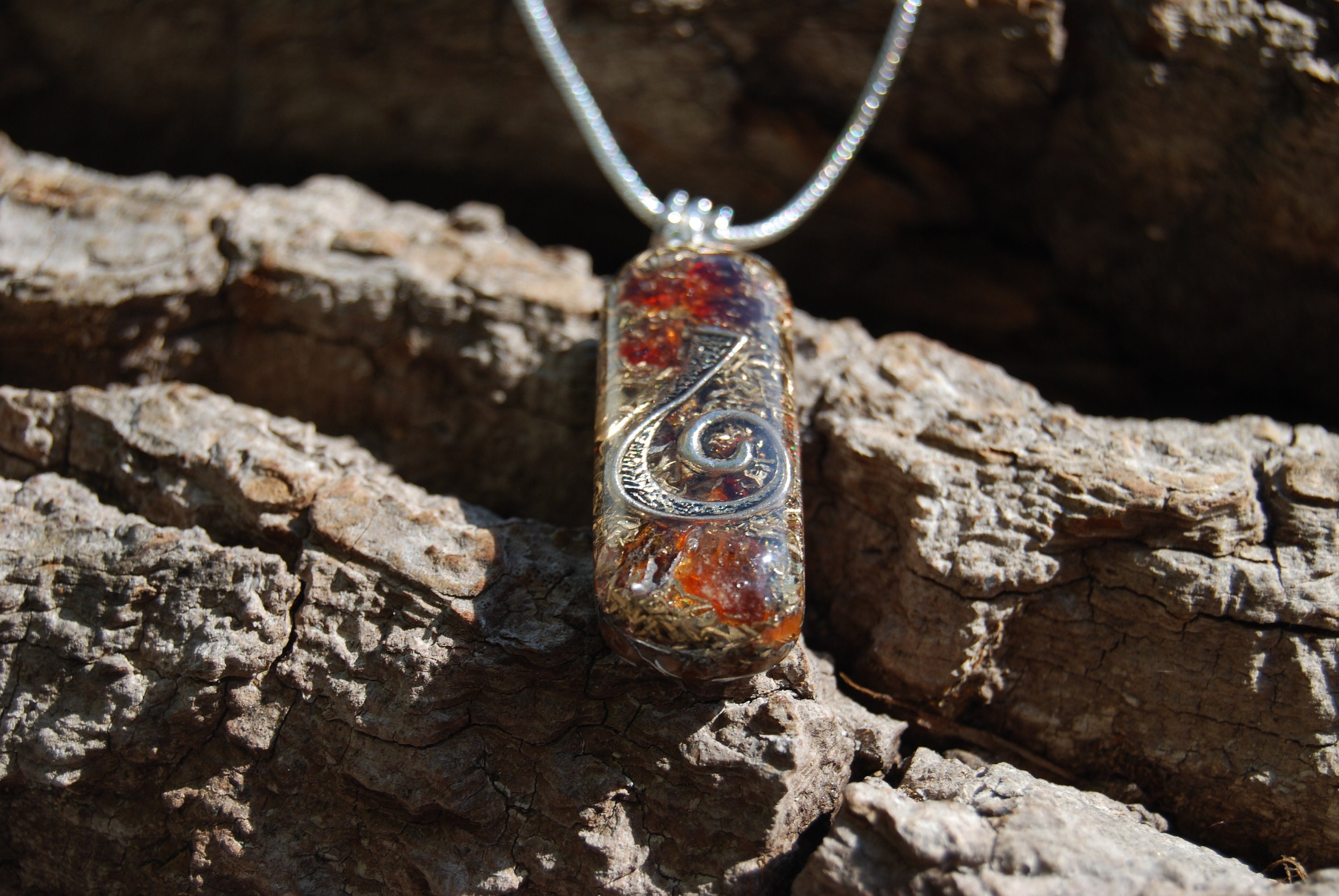 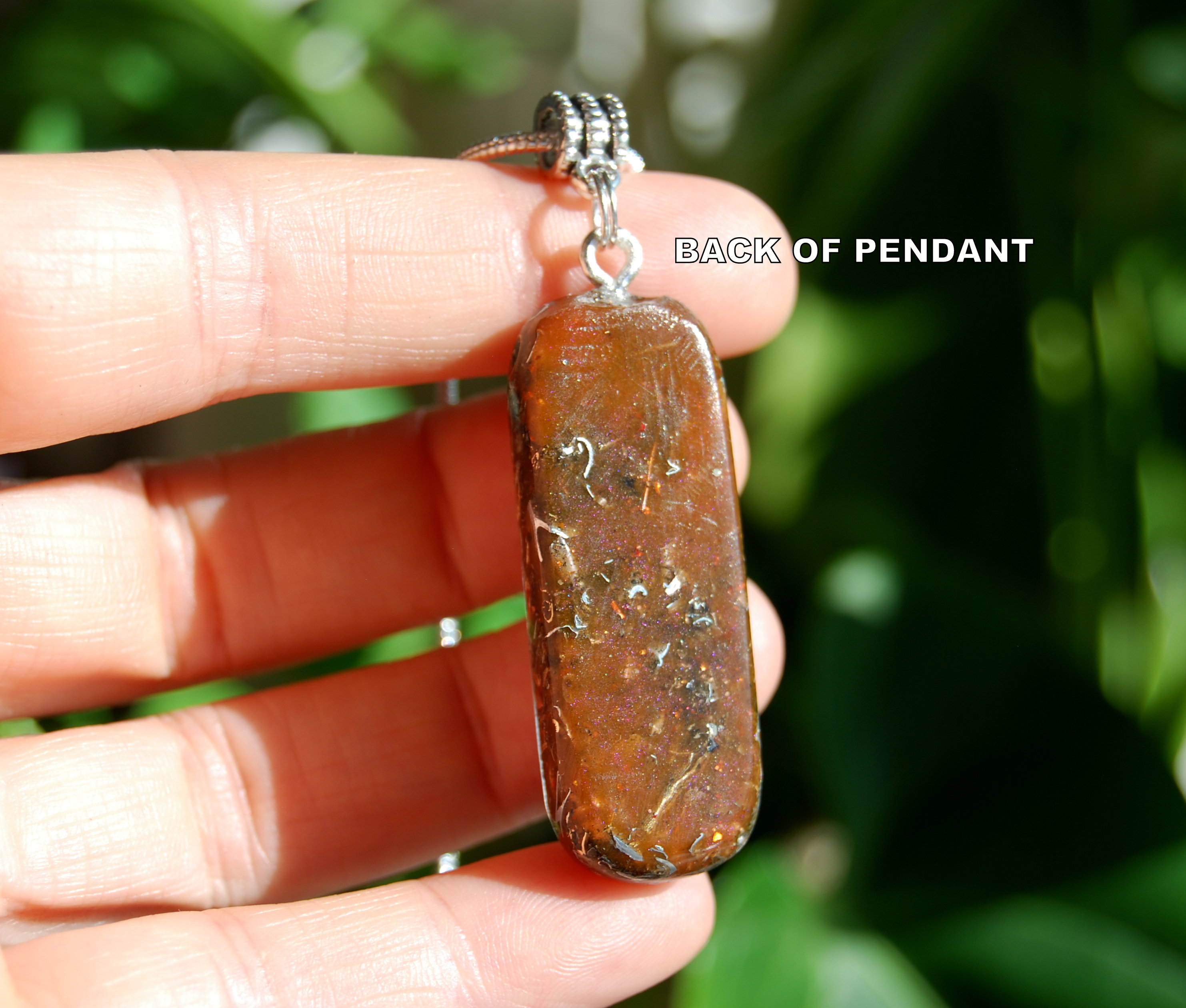 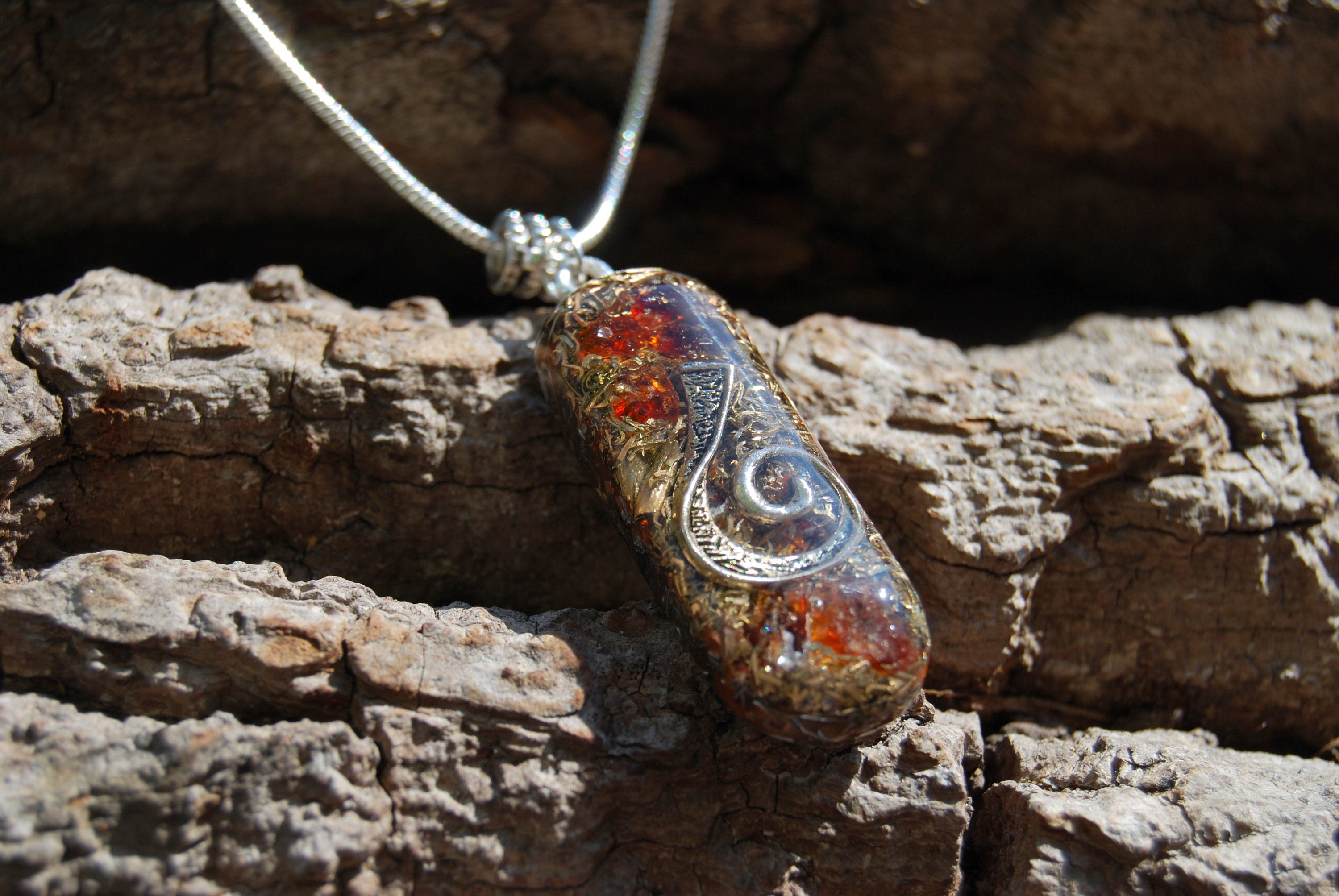 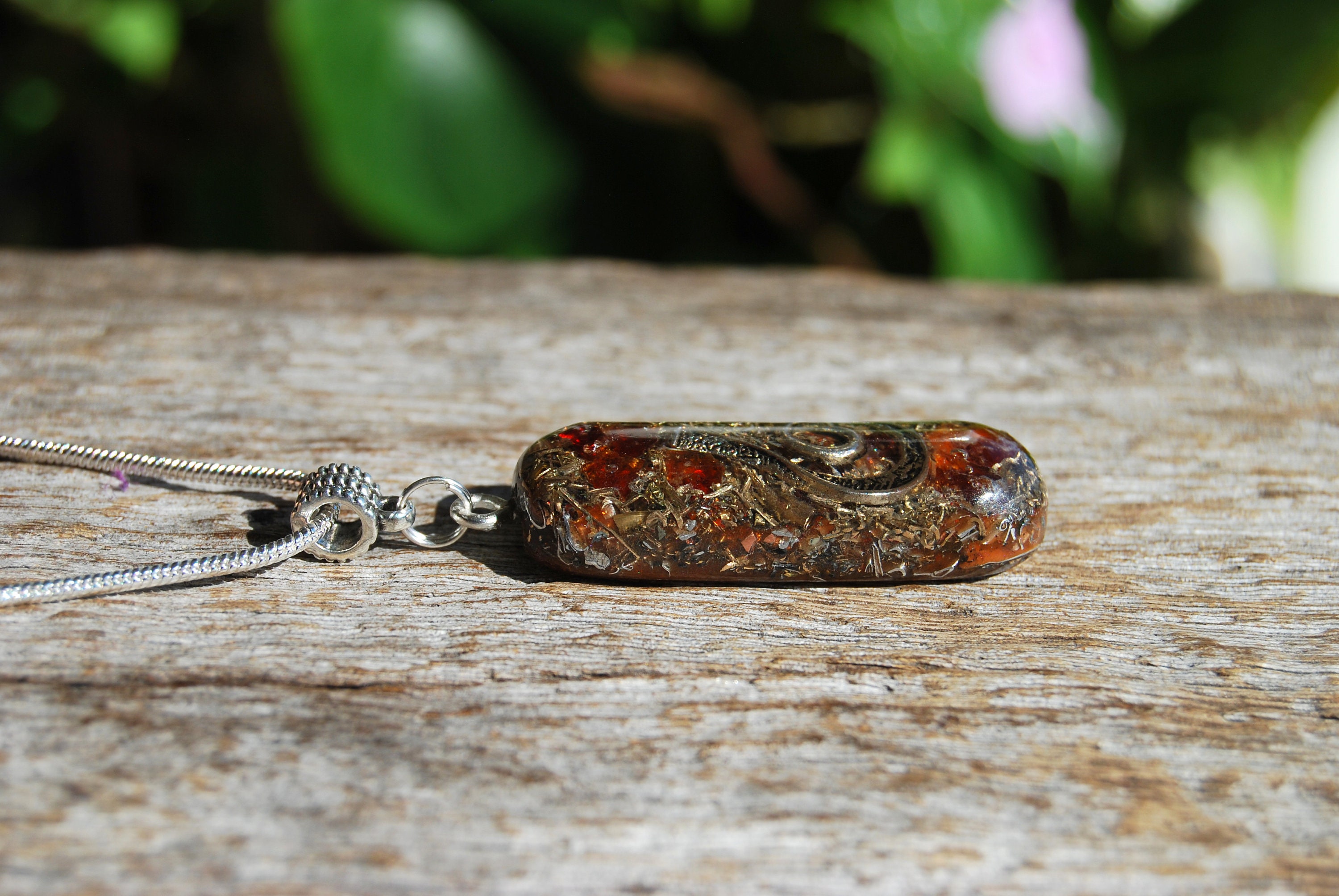 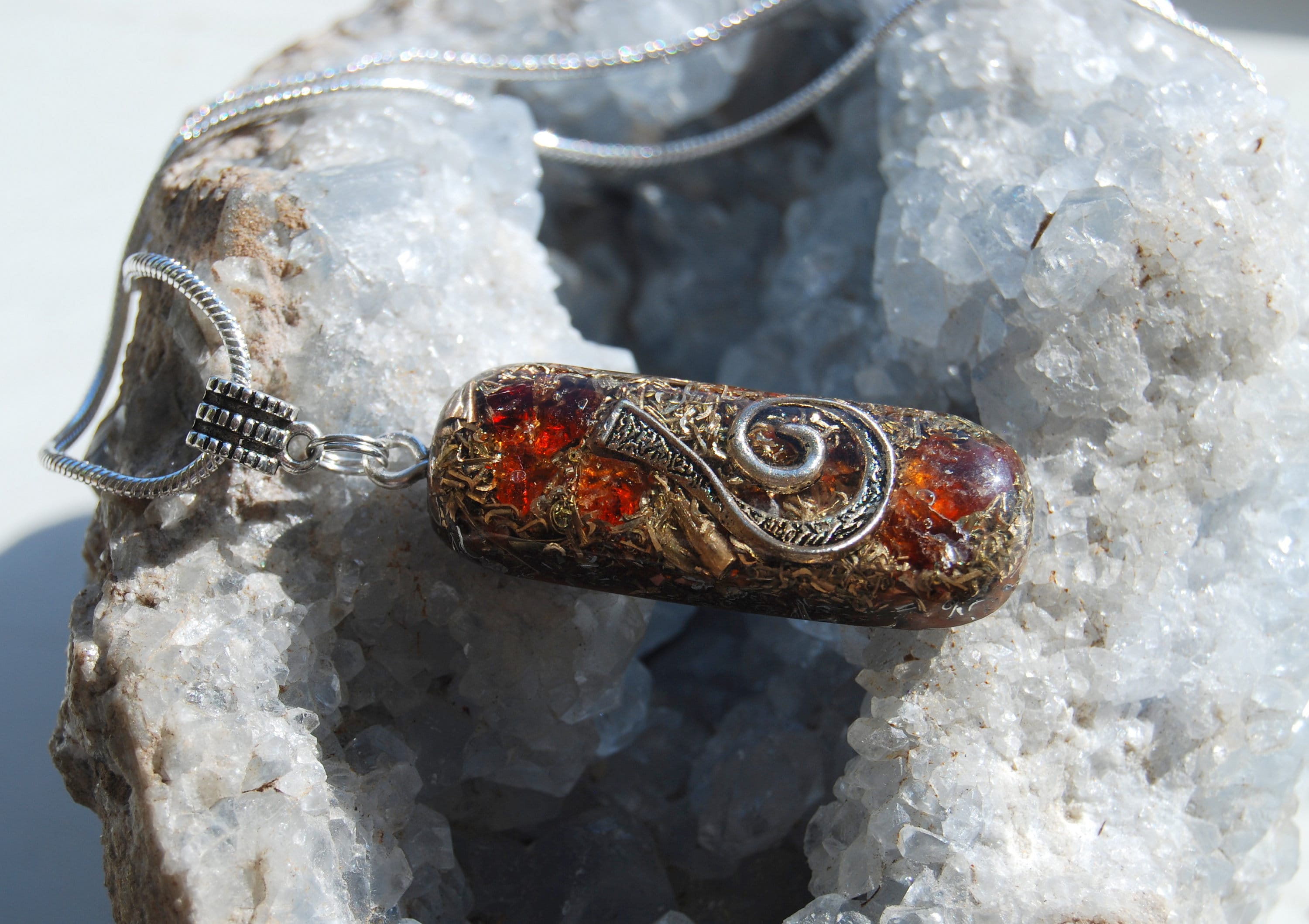 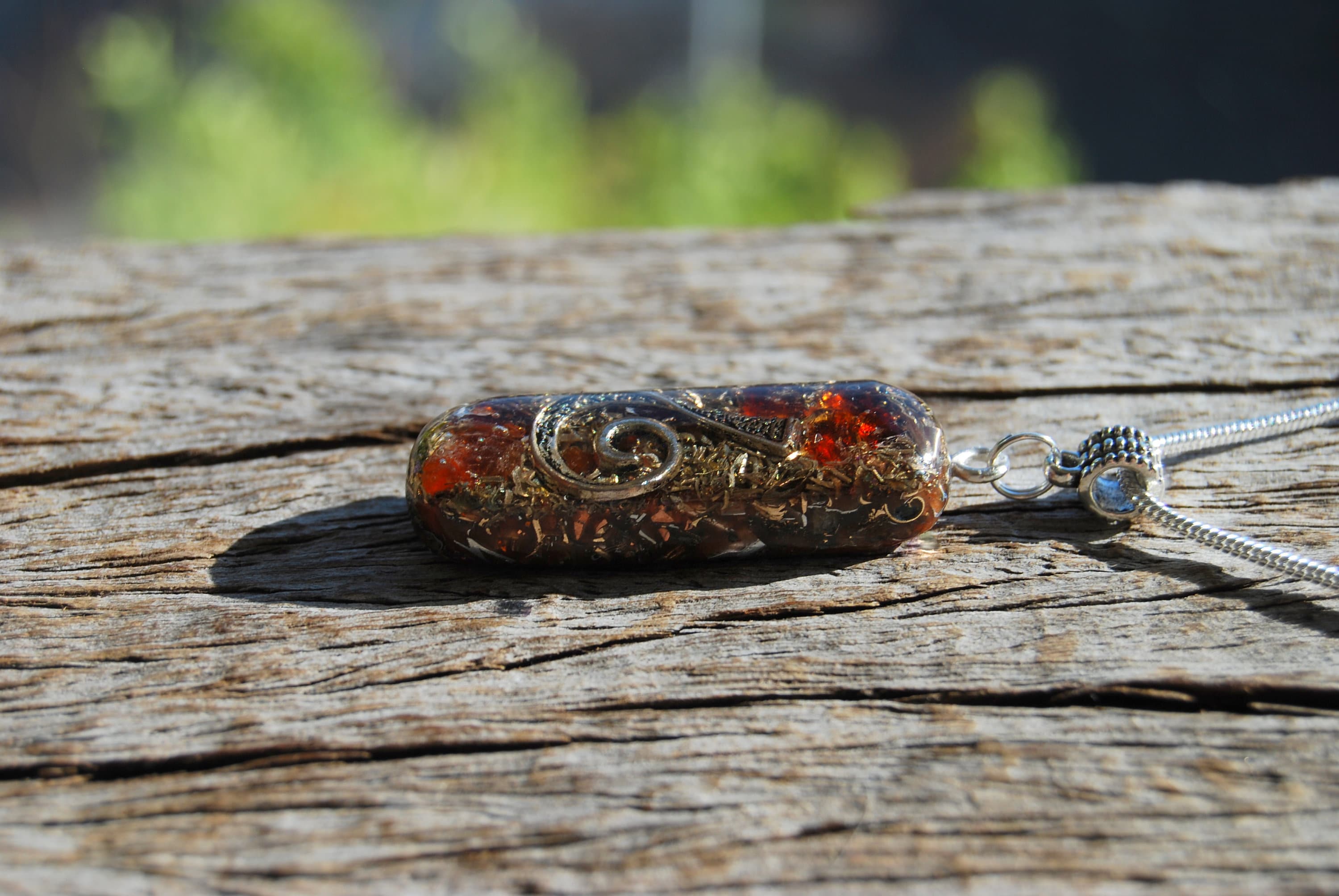 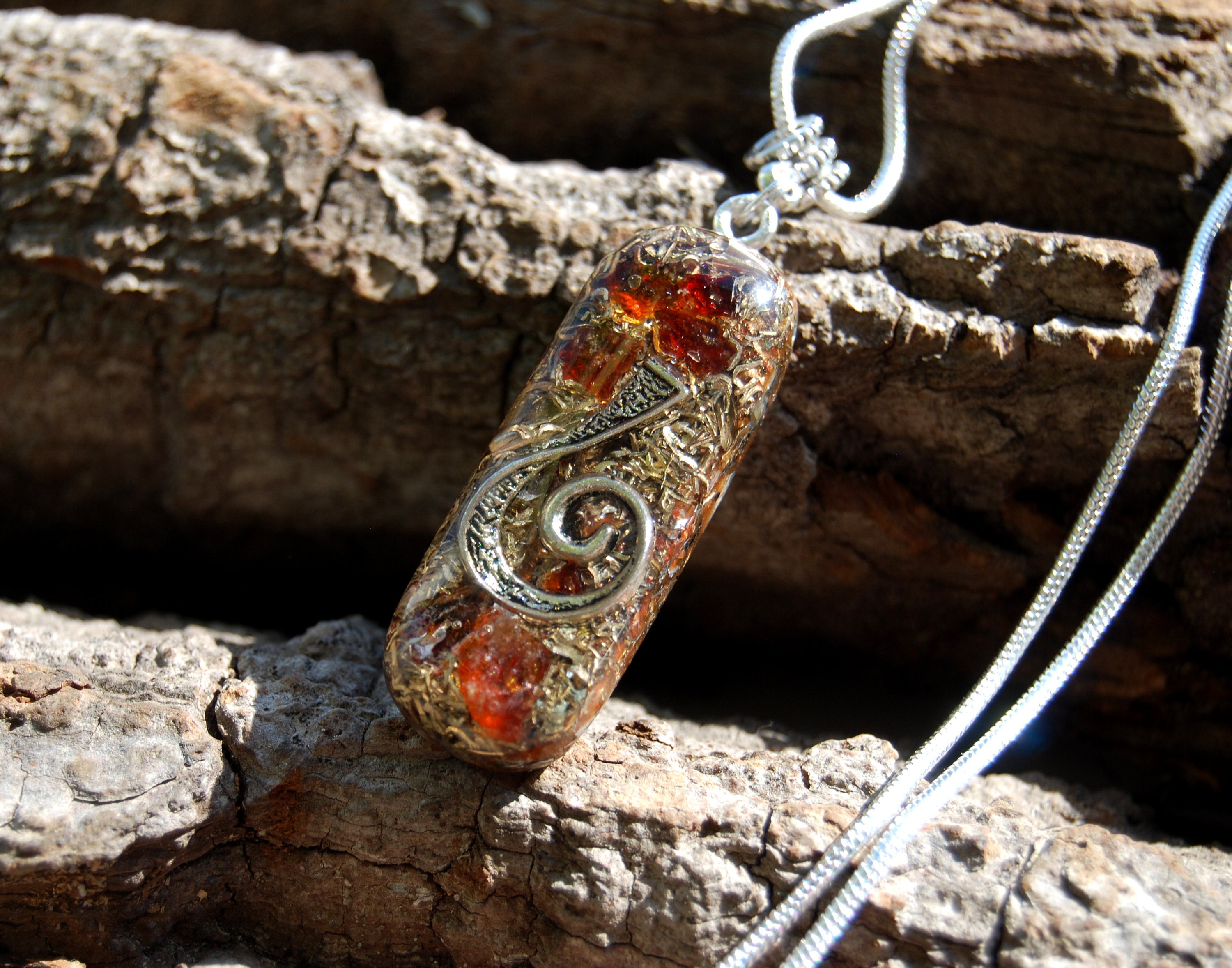 This lovely Orgonite® pendant contains aluminium, bronze, brass and copper shavings. The main stone is lovely pieces of Almandine Garnet (in the front). It also contains Elite Shungite (protection), clear Quartz crystal (for piezo electro effect), Rhodizite (to amplify the other crystals), Pyrite (to enhance), Black Tourmaline (to ground and remove excess energy) and Selenite (clean and charges the other crystals) all within a durable resin setting.

The unique symbol in the front has no particular meaning as far as I know, so it is just for decorative purposes. I think it looks nice 🙂.

Hessonite Garnet is a particular form of Garnet that is most known for its warm yellow to reddish tones.

On a physical level, the stone heals limitations, whether it affects health or money problems. This crystal stimulates all aspects of your creative abilities and energies. It encourages you to take action that is tailored to your dreams, inner images and goals.

Hessonite cleans the first through the third chakra and gives it a new impulse. Hessonite is especially very powerful for your 2nd chakra. It can increase the flow of chi energy through the body, gives strength, energy, restores strength and helps you to be healthy. Also a good stone for passion and sexual energy. Helps you to create and manifest. It cleans the chakras and provides them with new energy. When you have gotten into a hectic period, the hessonite garnet will help you get out and change your life, this is the stone of reconciliation. Garnets are said to have a strong connection to the pituitary gland and are able to stimulate an expanded awareness and the recall of past lives.

This stone activates other crystals, enhancing their effect. This is a great stone for lack of concentration or for uncontrolled tantrums. It may help to deal with an intense grief or hectic period, he gives hope and courage and strengthens the survival instinct. If you wear this stone for a while it will increase your human knowledge. Hessonite resolves useless ingrained behavioral patterns and ignores resistance or unconscious self-inflicted sabotage. Emotionally this stone can help remove inhibitions and taboos, opens the heart and gives self-confidence. It ensures that you stay with yourself. It may help to overcome fears of heights and phobias.