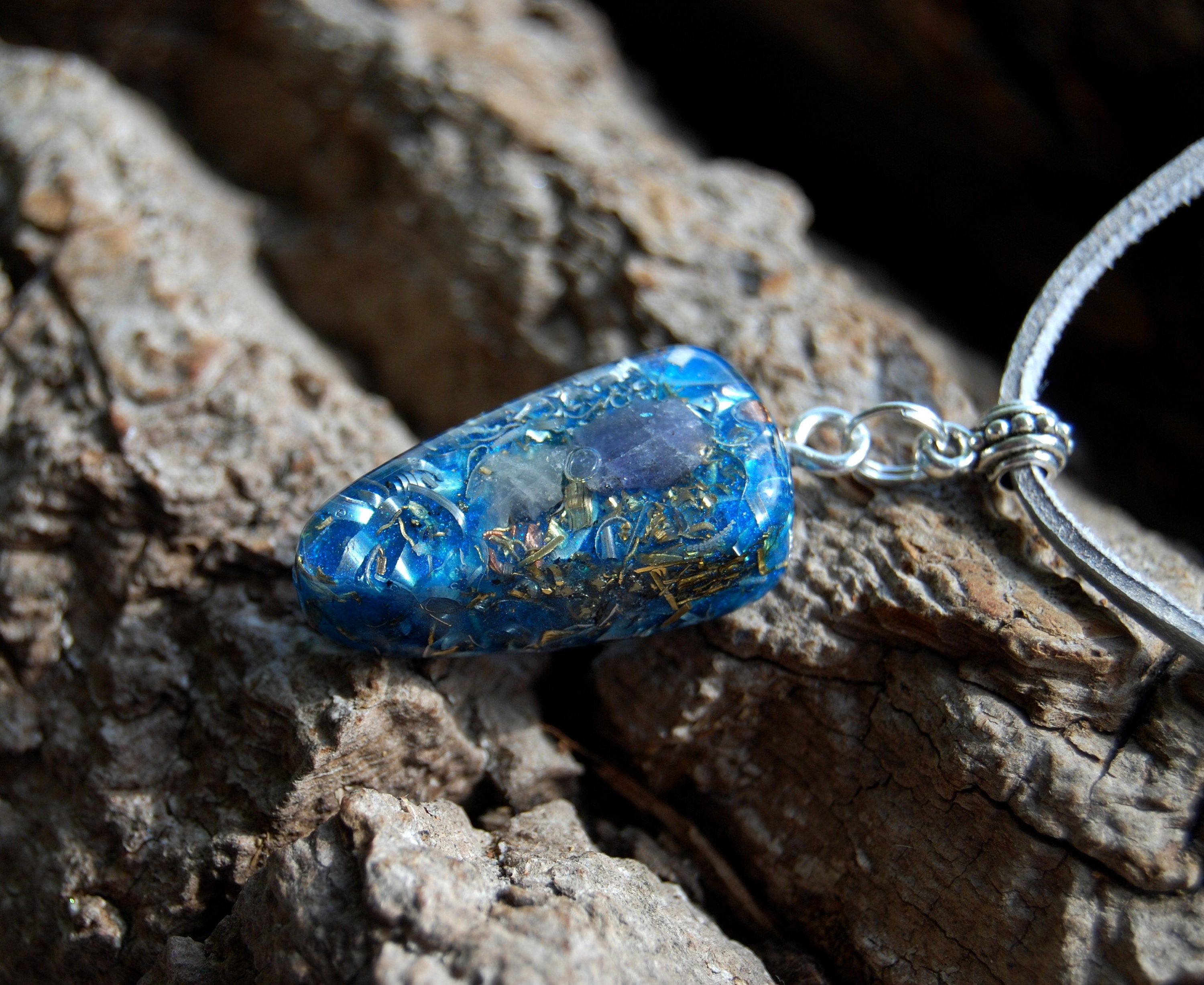 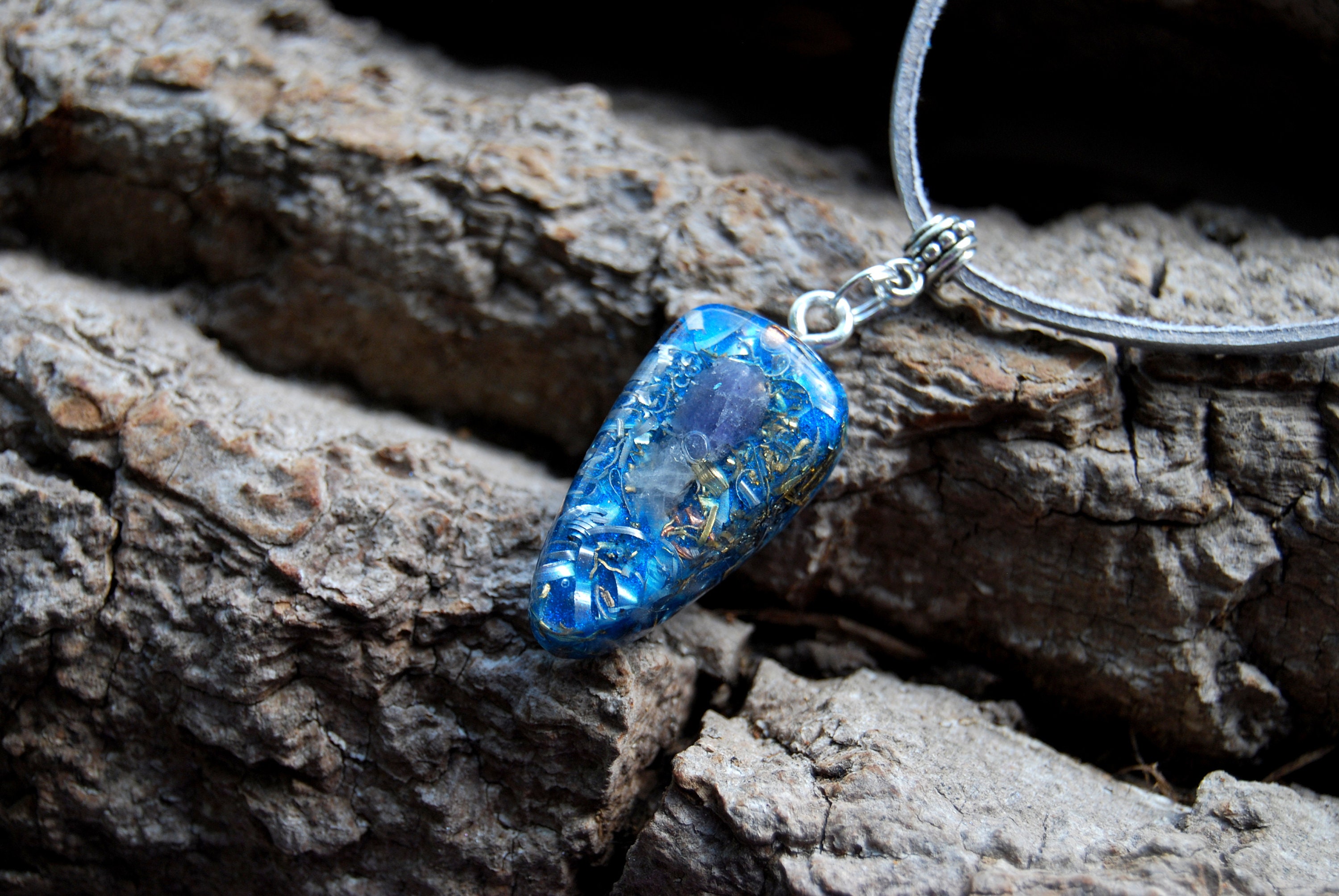 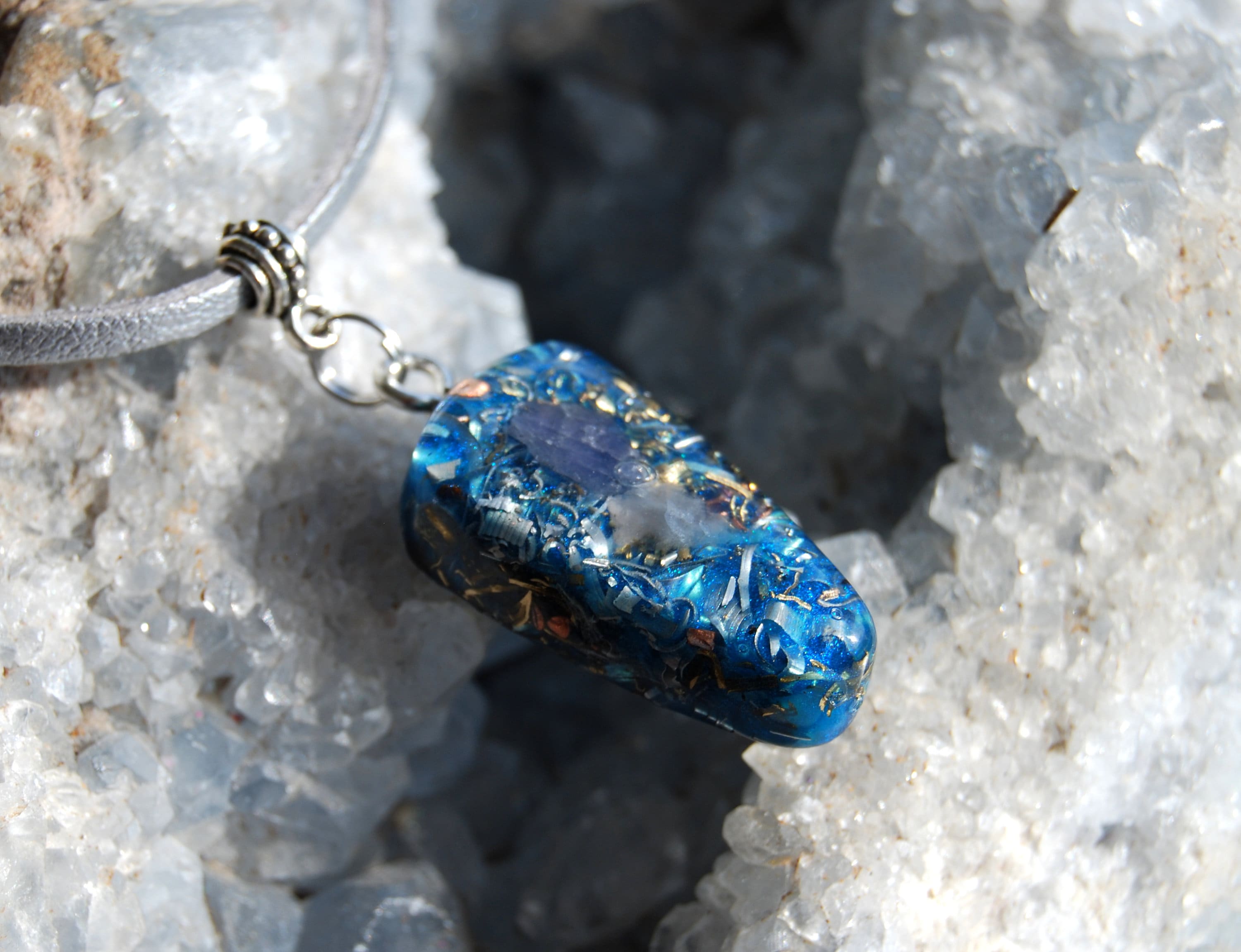 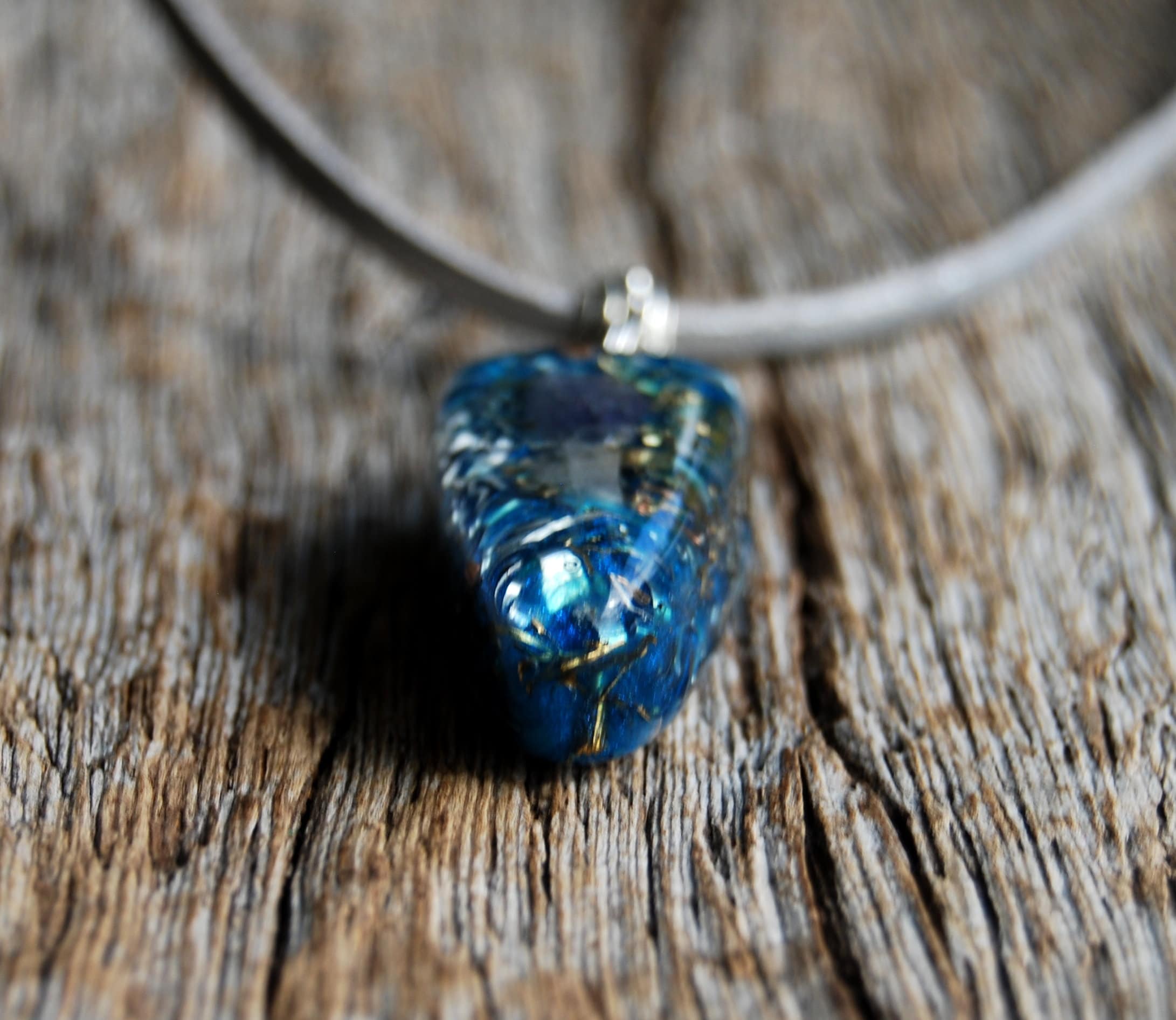 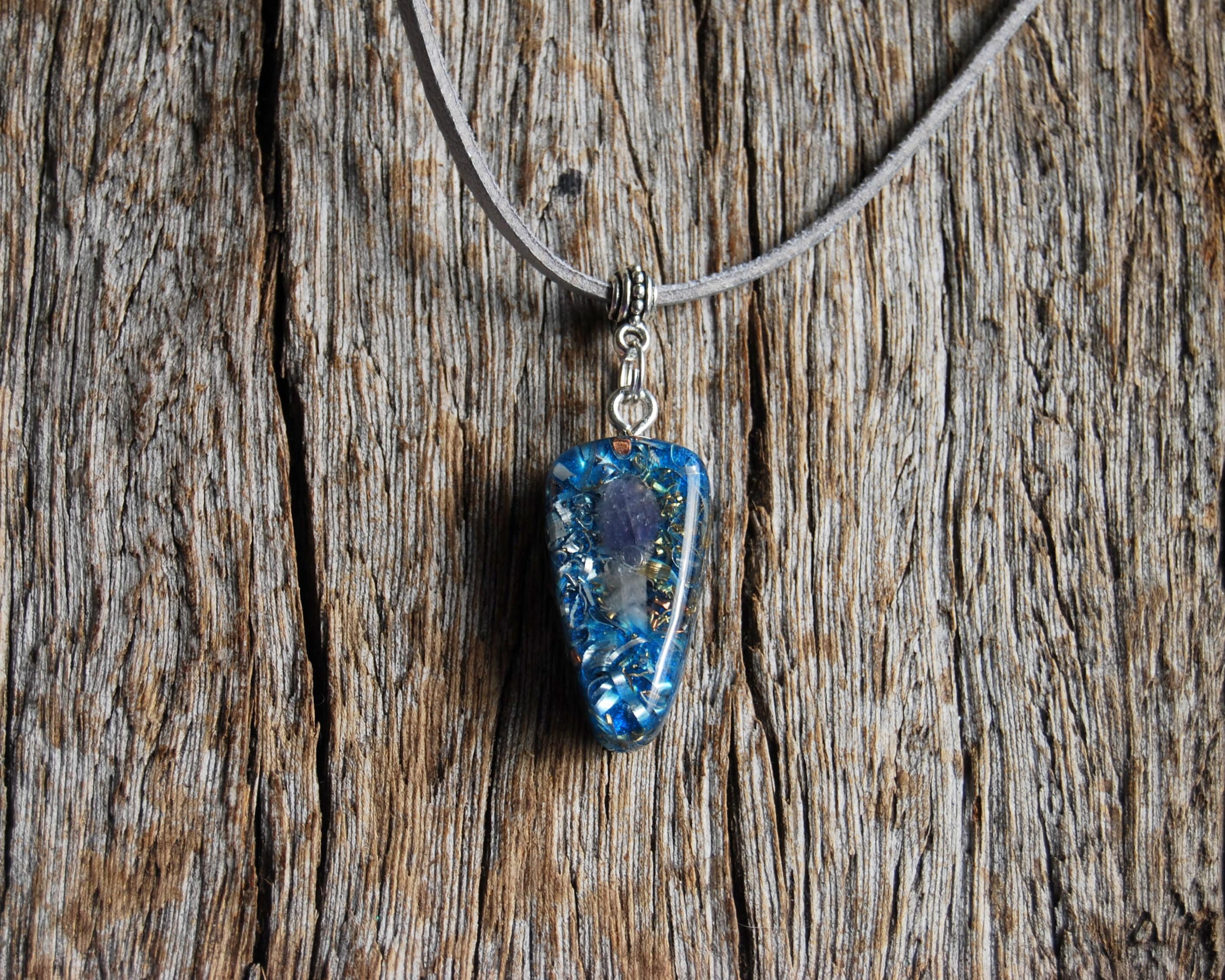 It is based on 50/50 ratio (50% metal/50% resin - the more metal shavings, the better) which is required for the orgonite® to properly clear stagnant energy according to Wilhelm Reich's research.

Because it is a one of a kind hand-crafted one, it may have slight artistic imperfections.
It comes on an adjustable faux suede/leather cord.