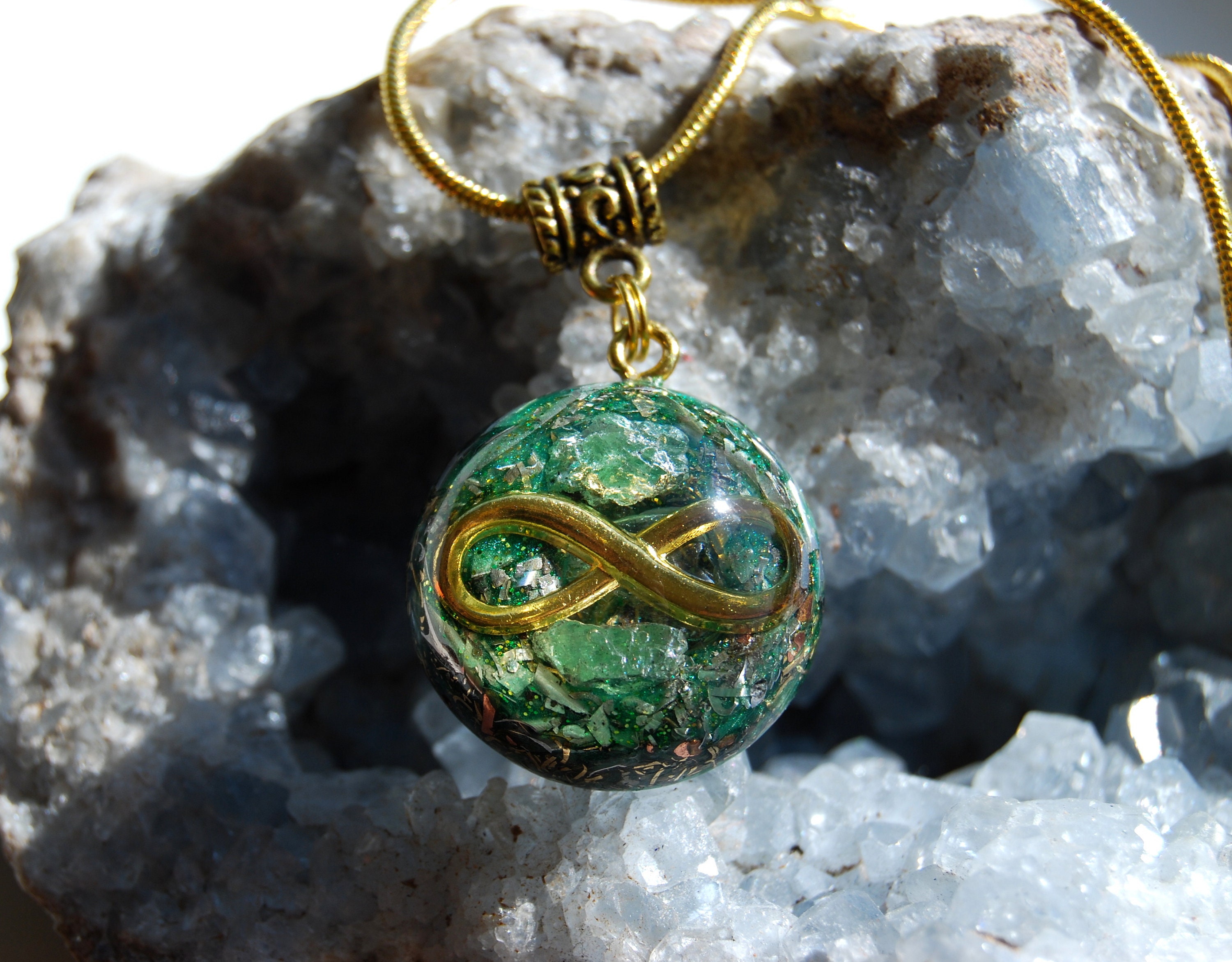 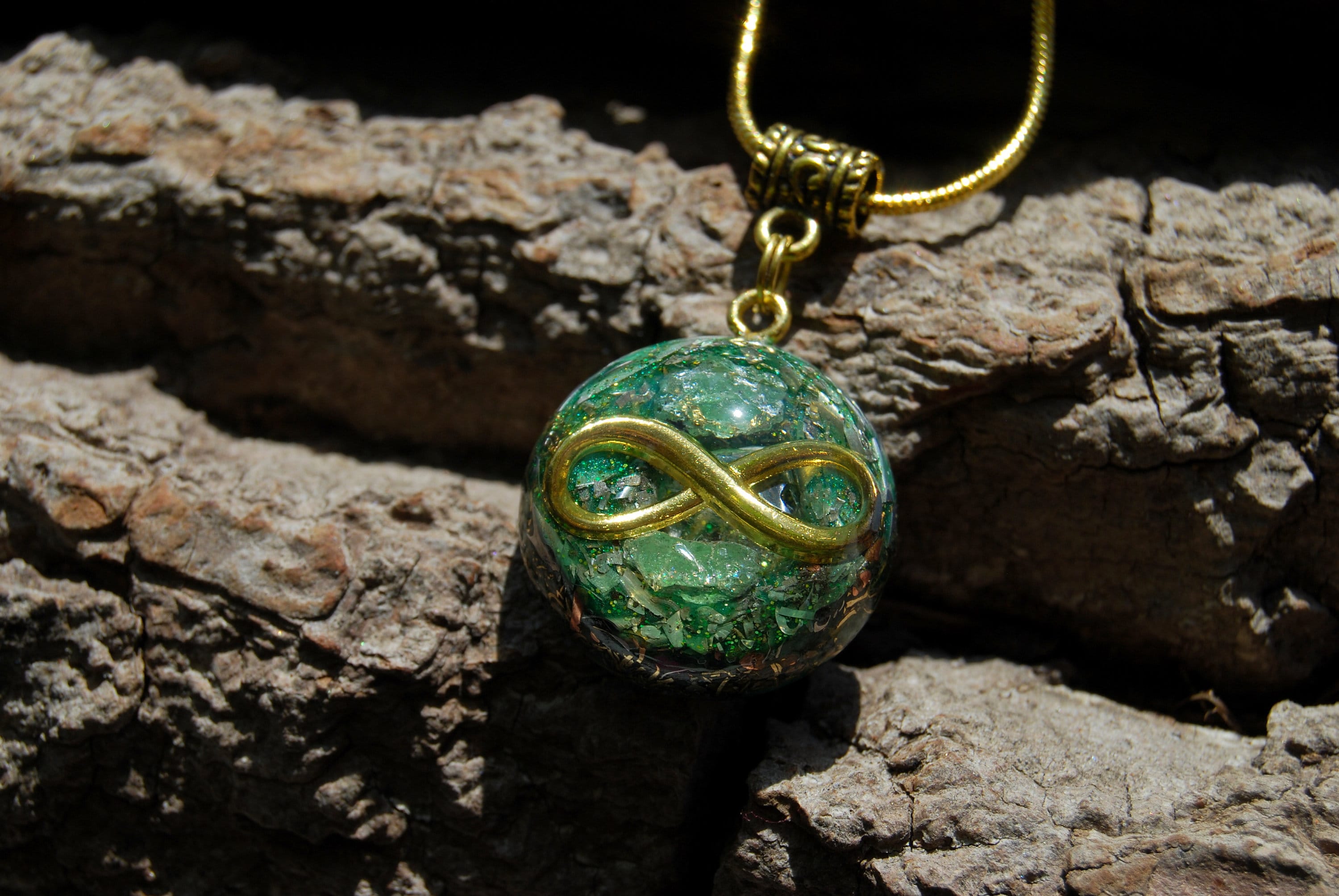 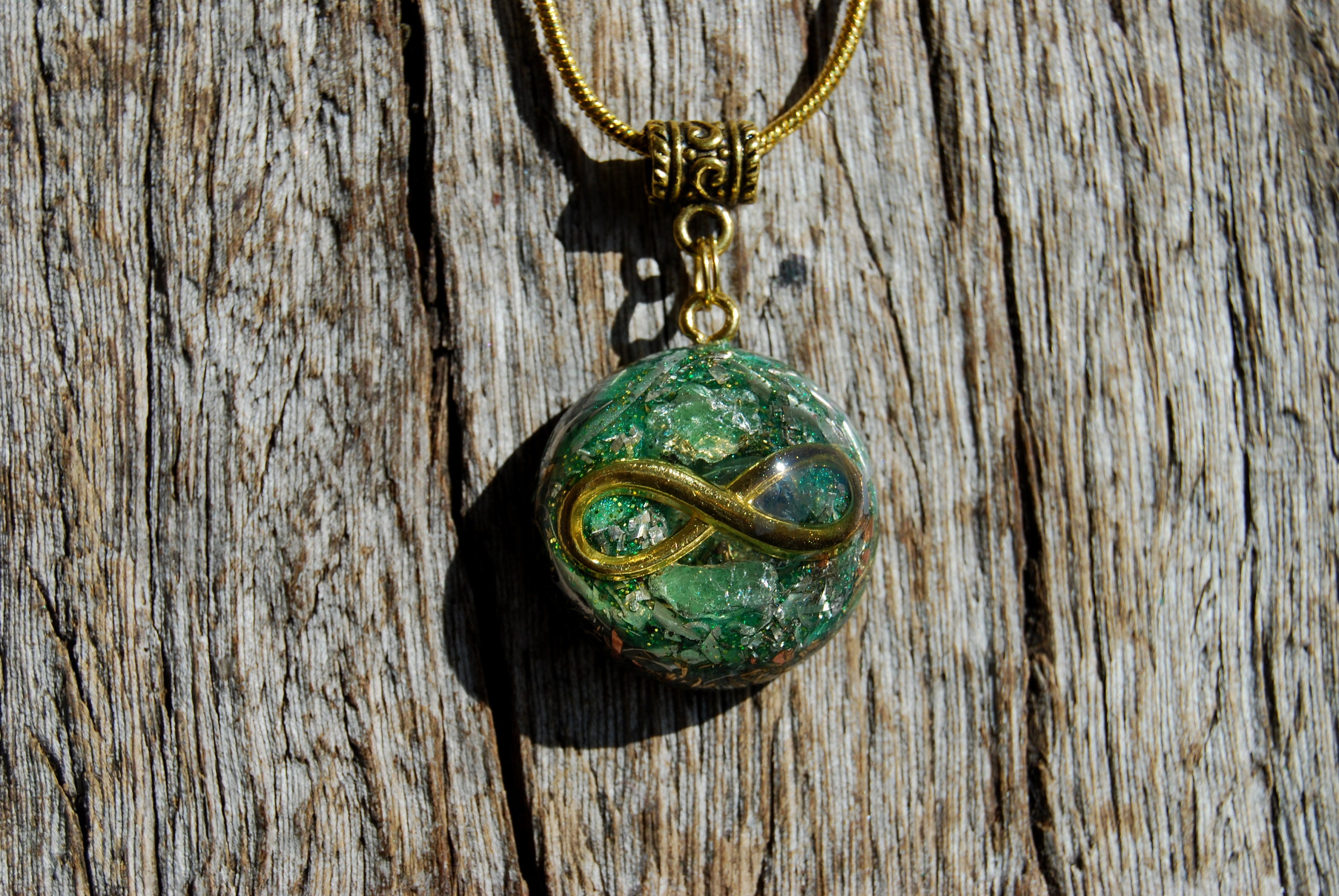 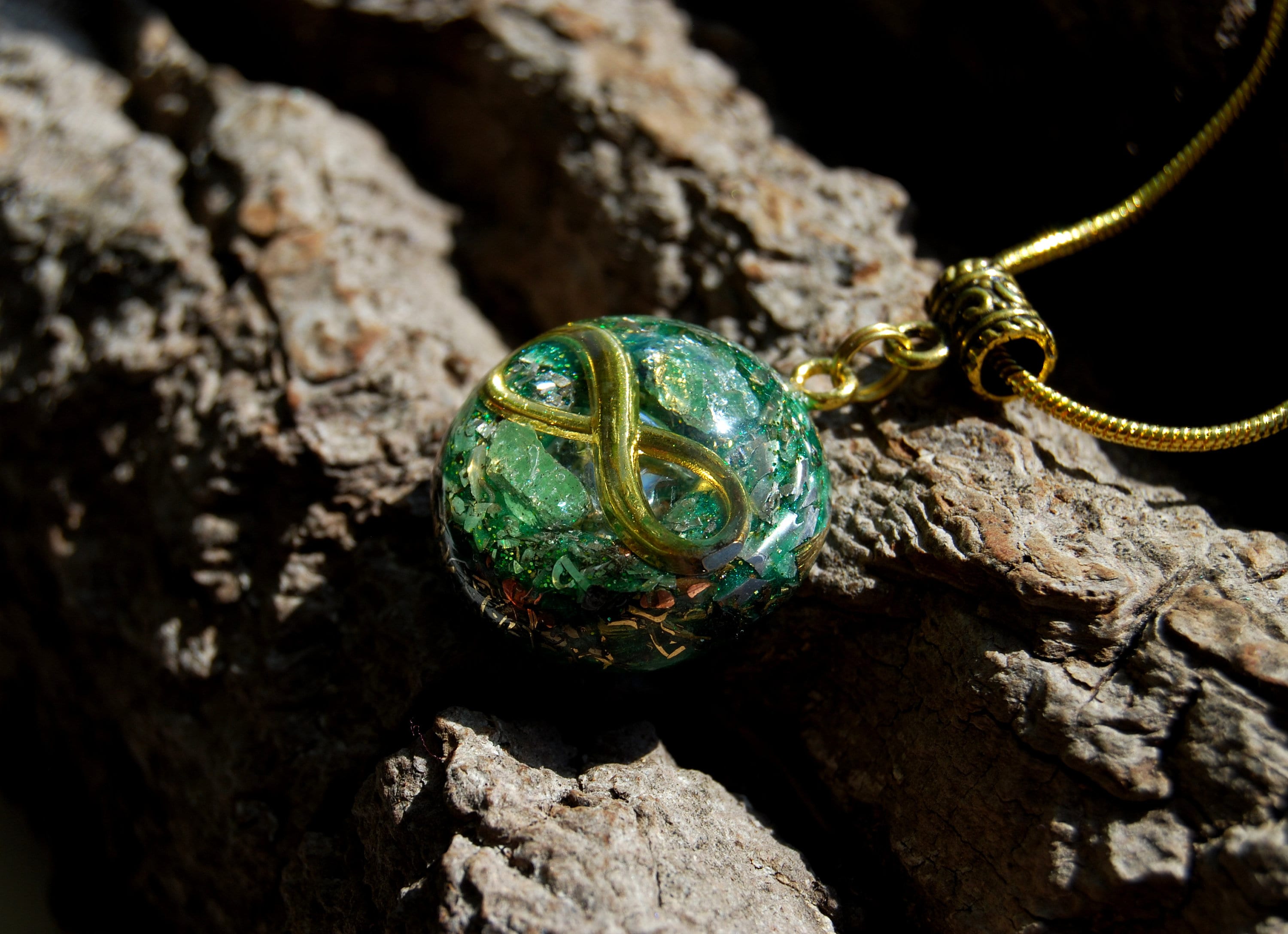 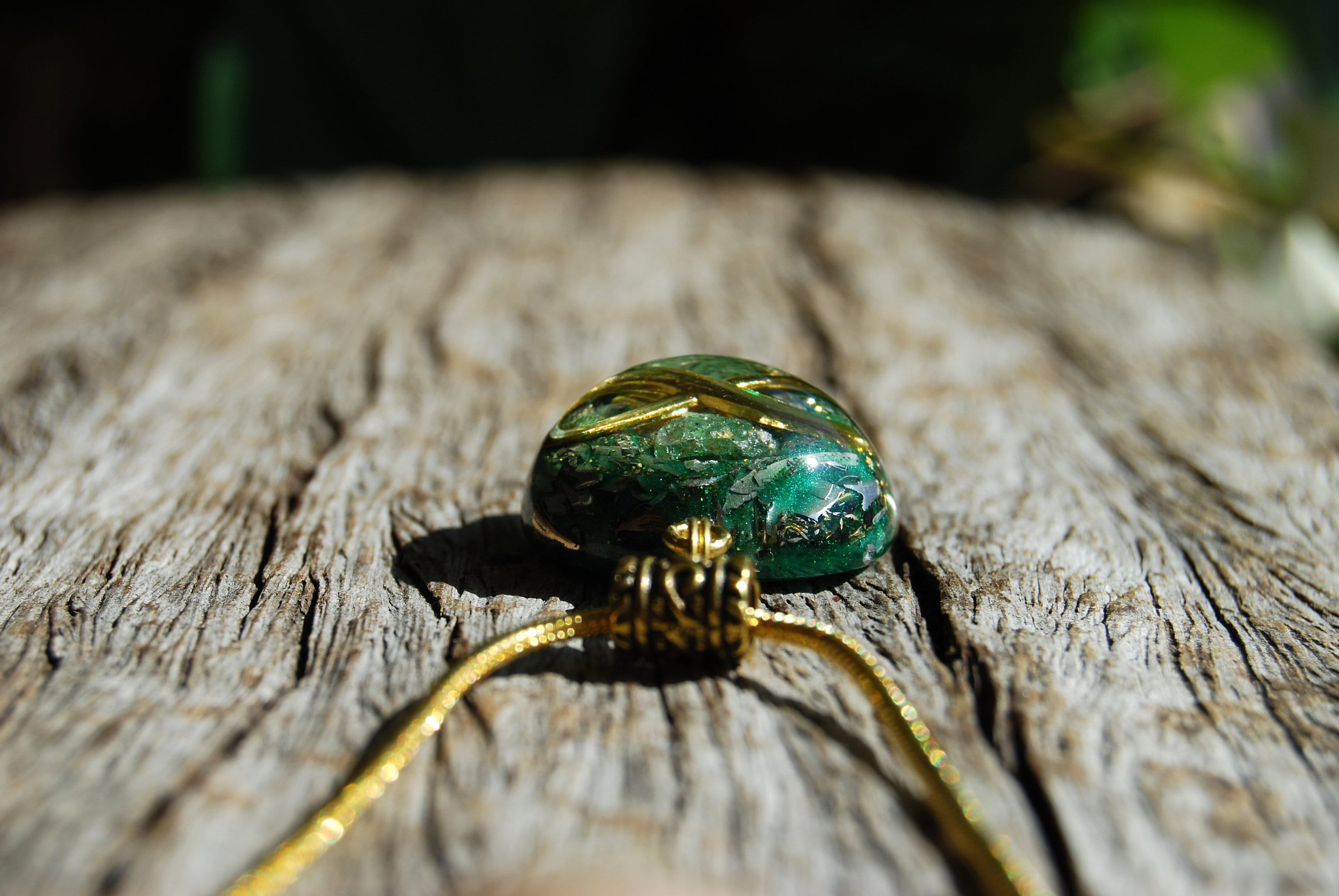 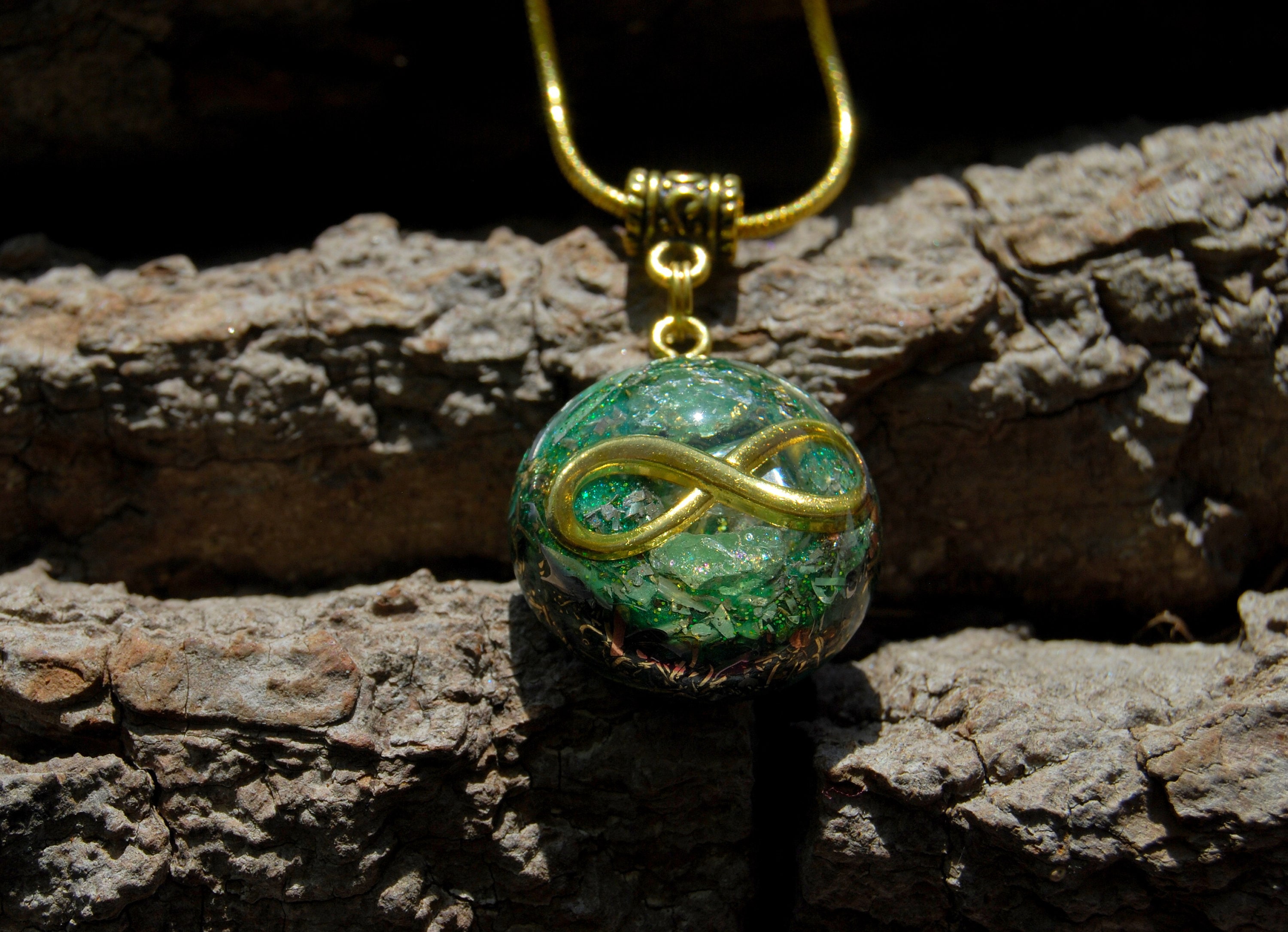 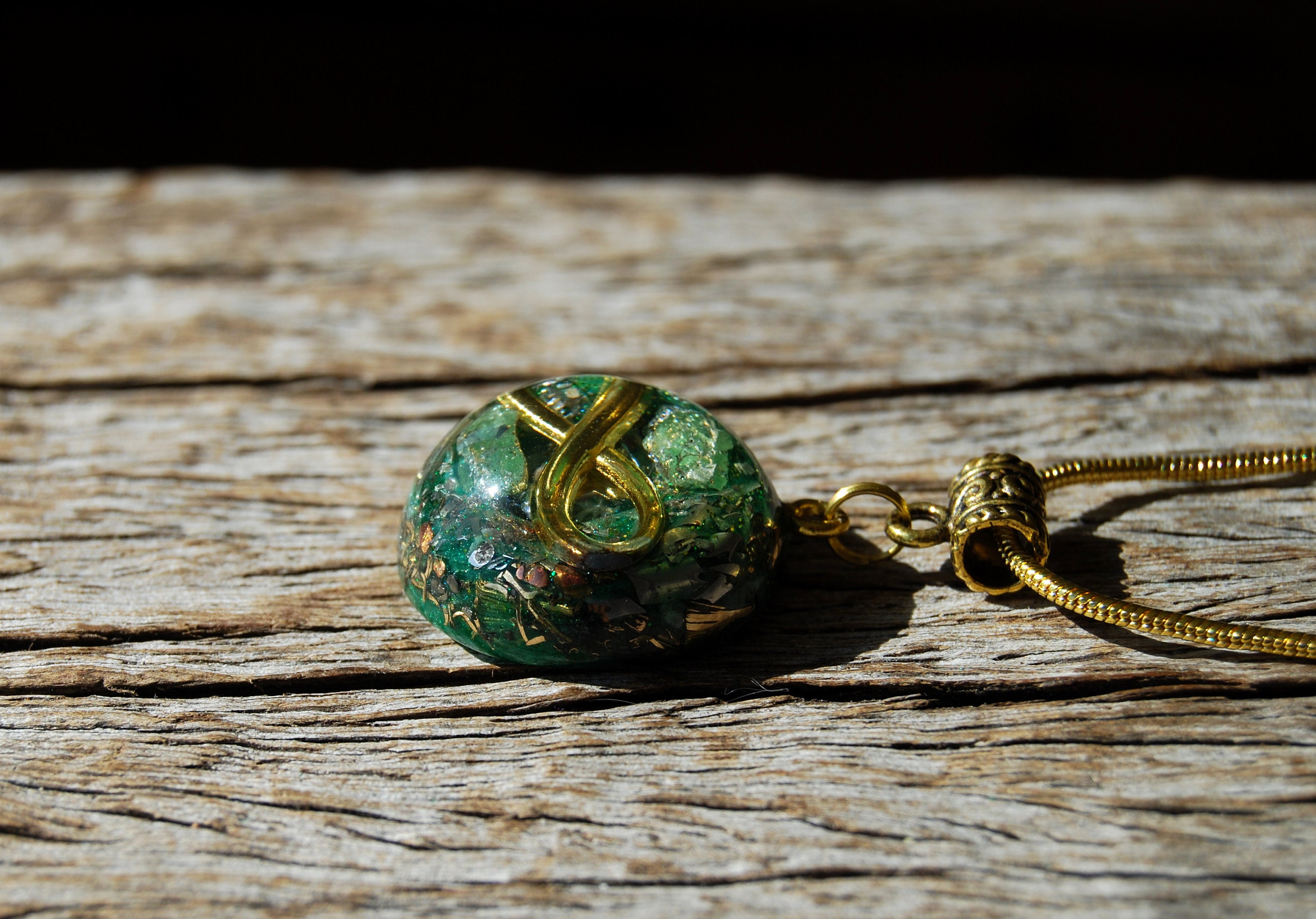 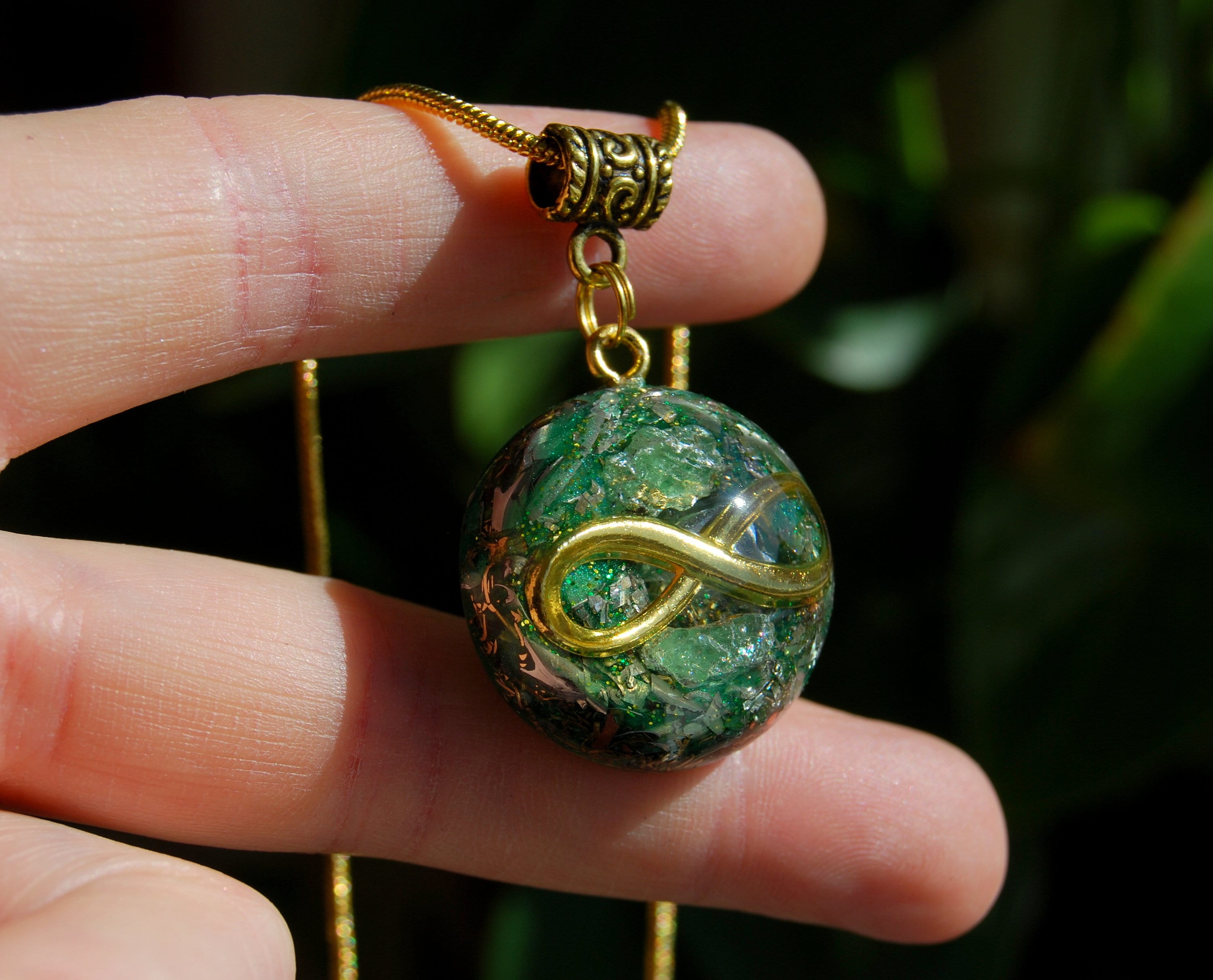 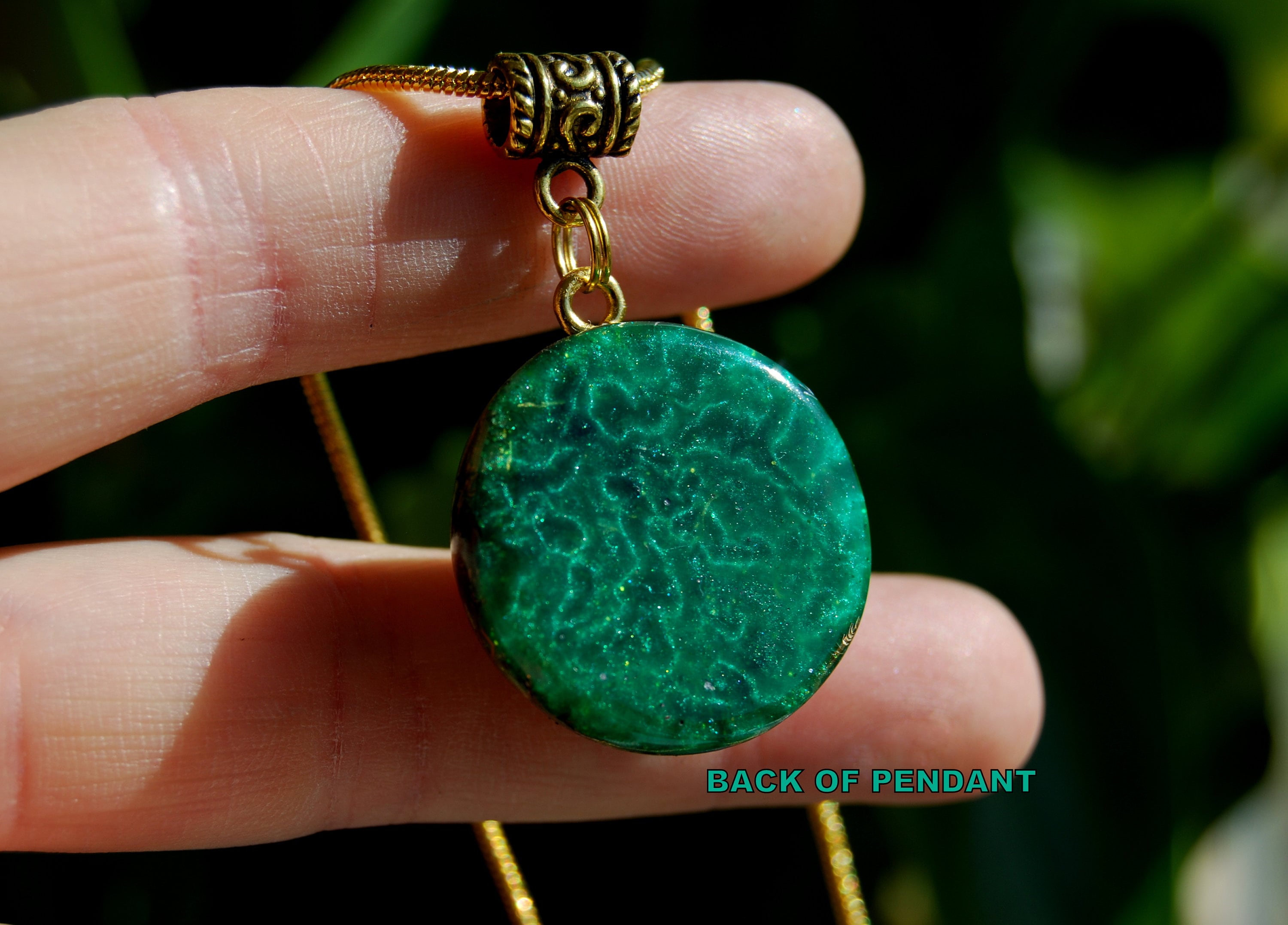 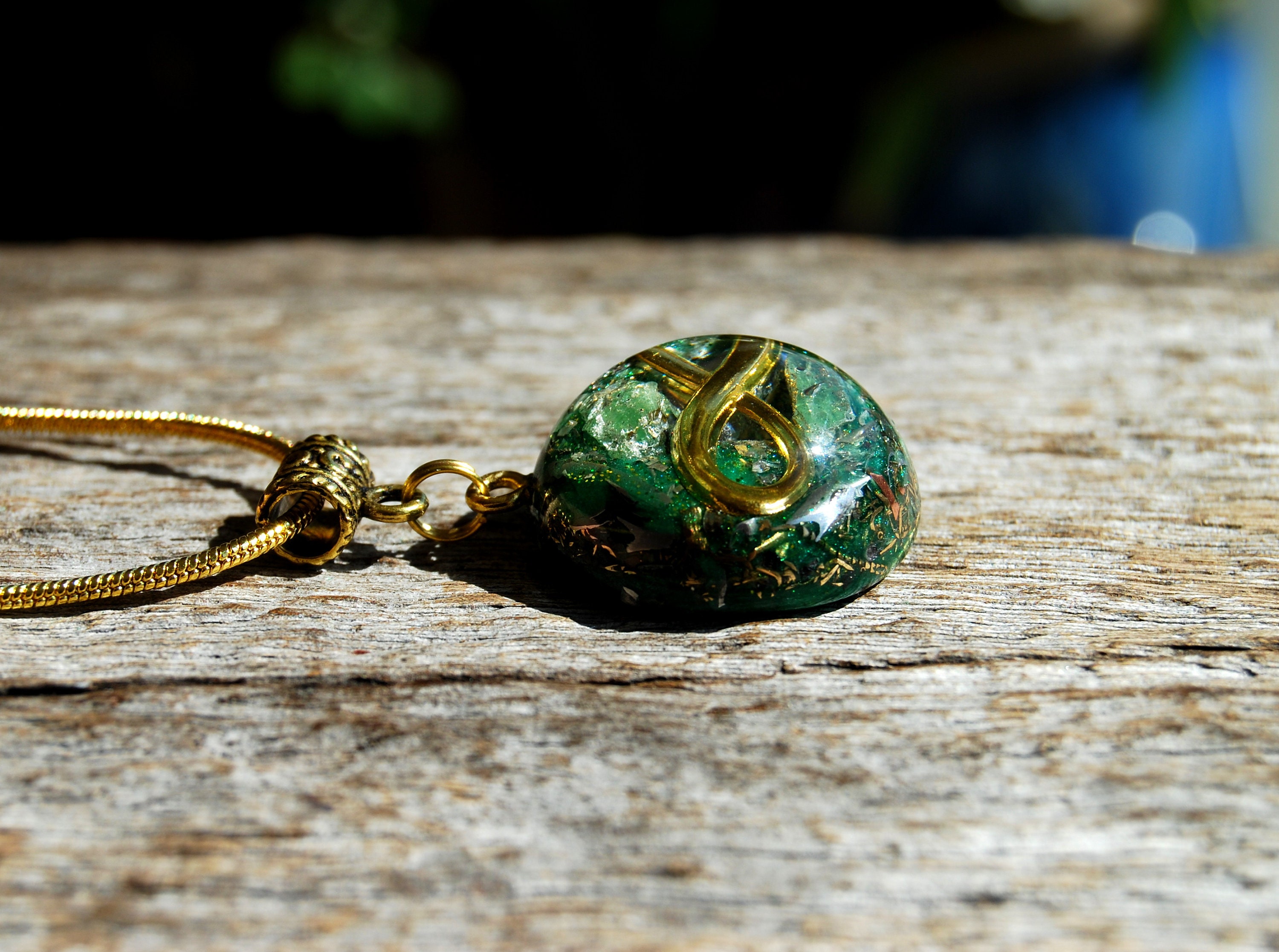 This lovely 2.7 cm / 1.1" in diameter orgone pendant contains brass, aluminum and copper shavings. There are four raw Tsavorite crystals in the front in between and outside the Infinity symbol. It furthermore contains one Rhodizite crystal (to amplify), black Tourmaline (to ground and protect), Elite Shungite (protection), Selenite (to charge and clean) and clear Quartz (for piezo electric effect) all within a durable polyester resin setting for optimal shrinkage/pressure on the quartz.