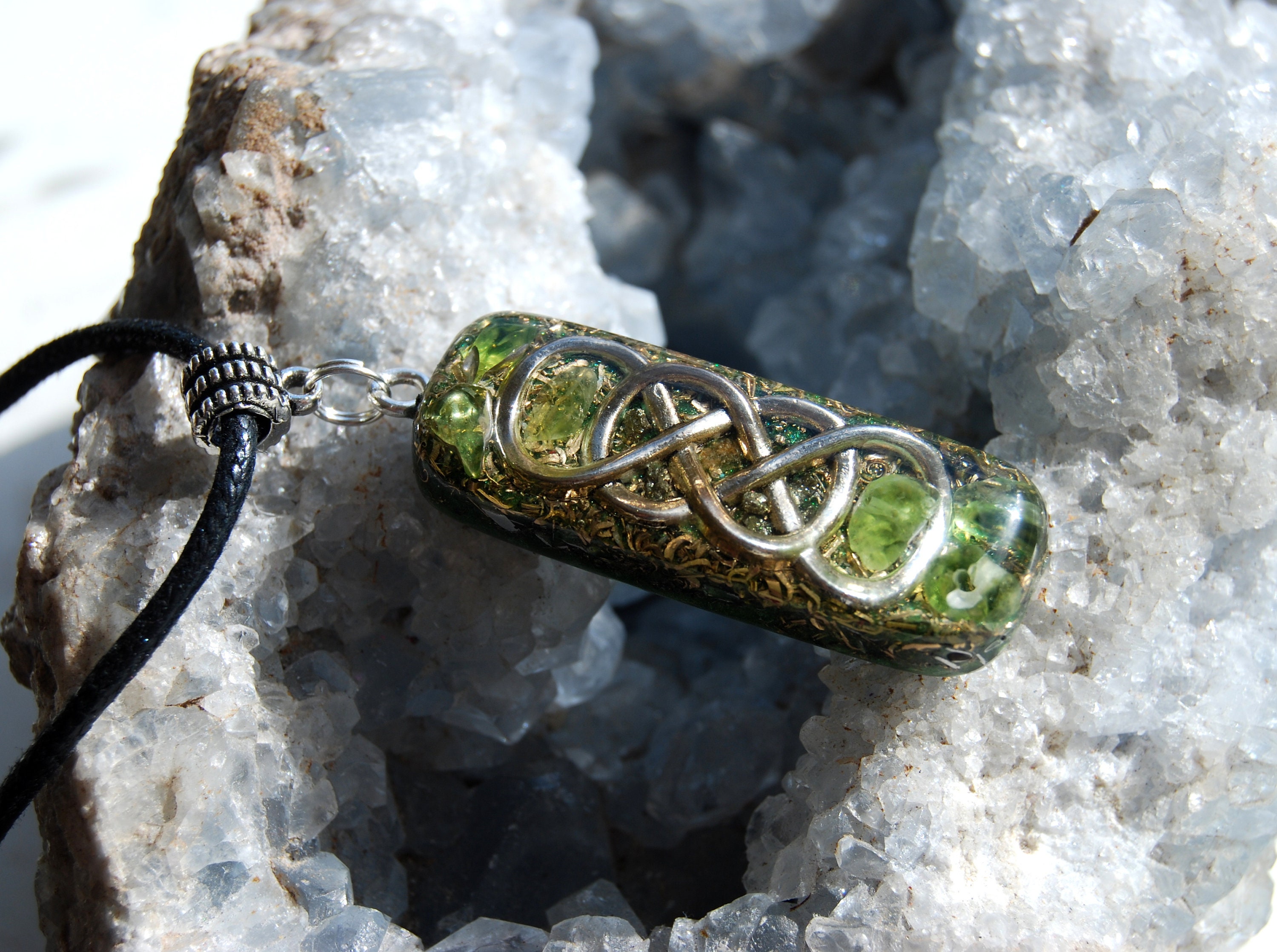 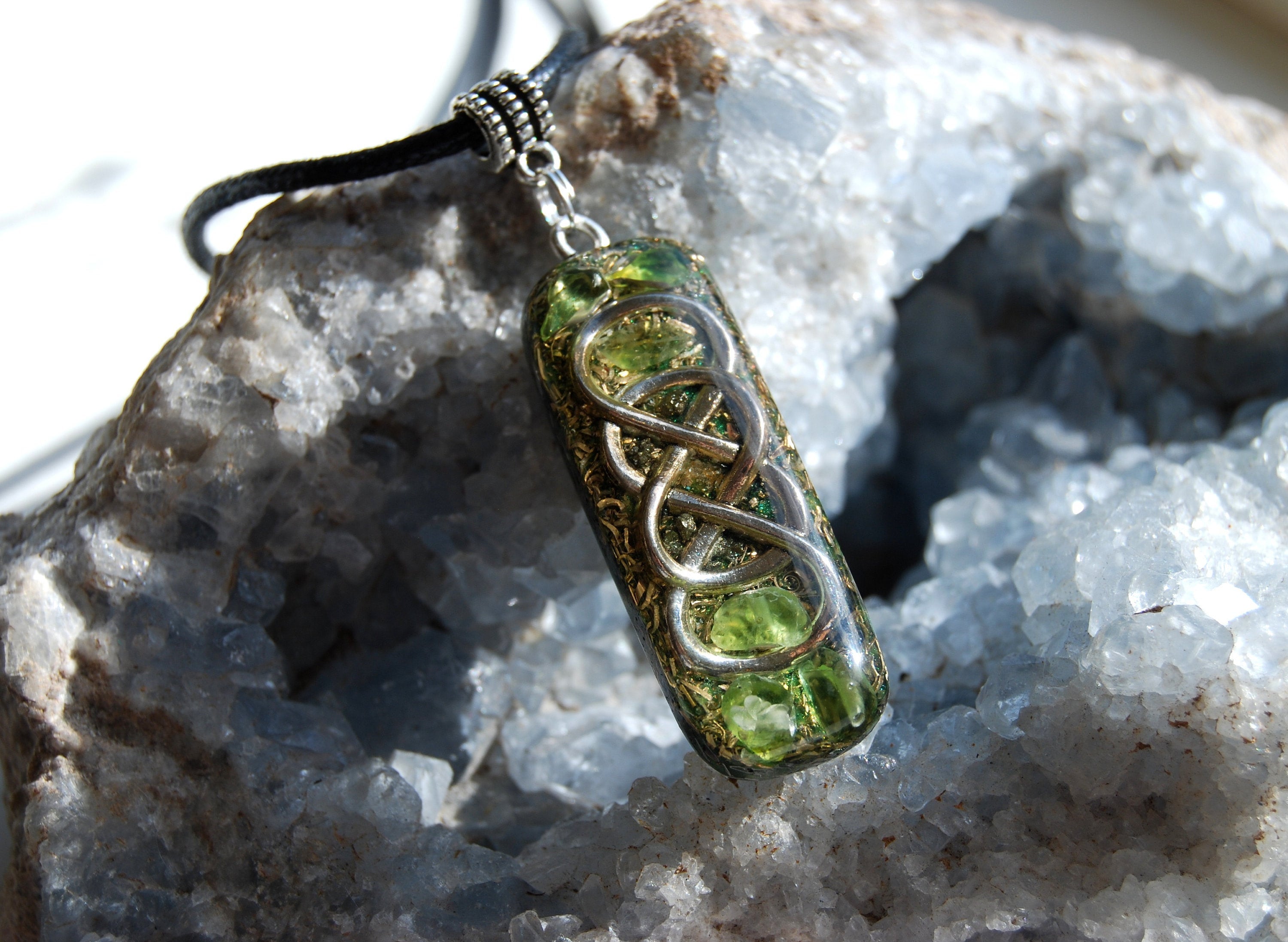 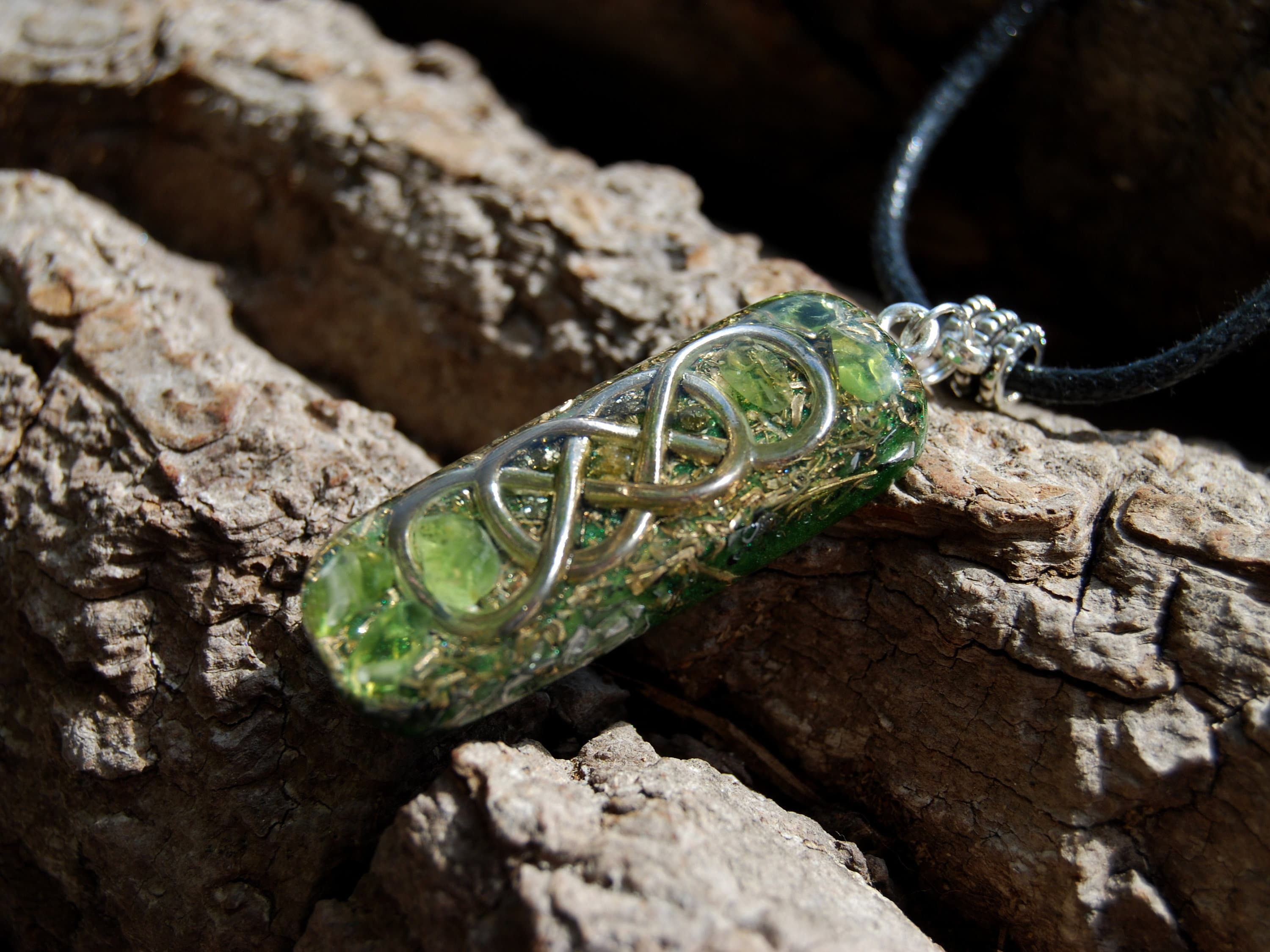 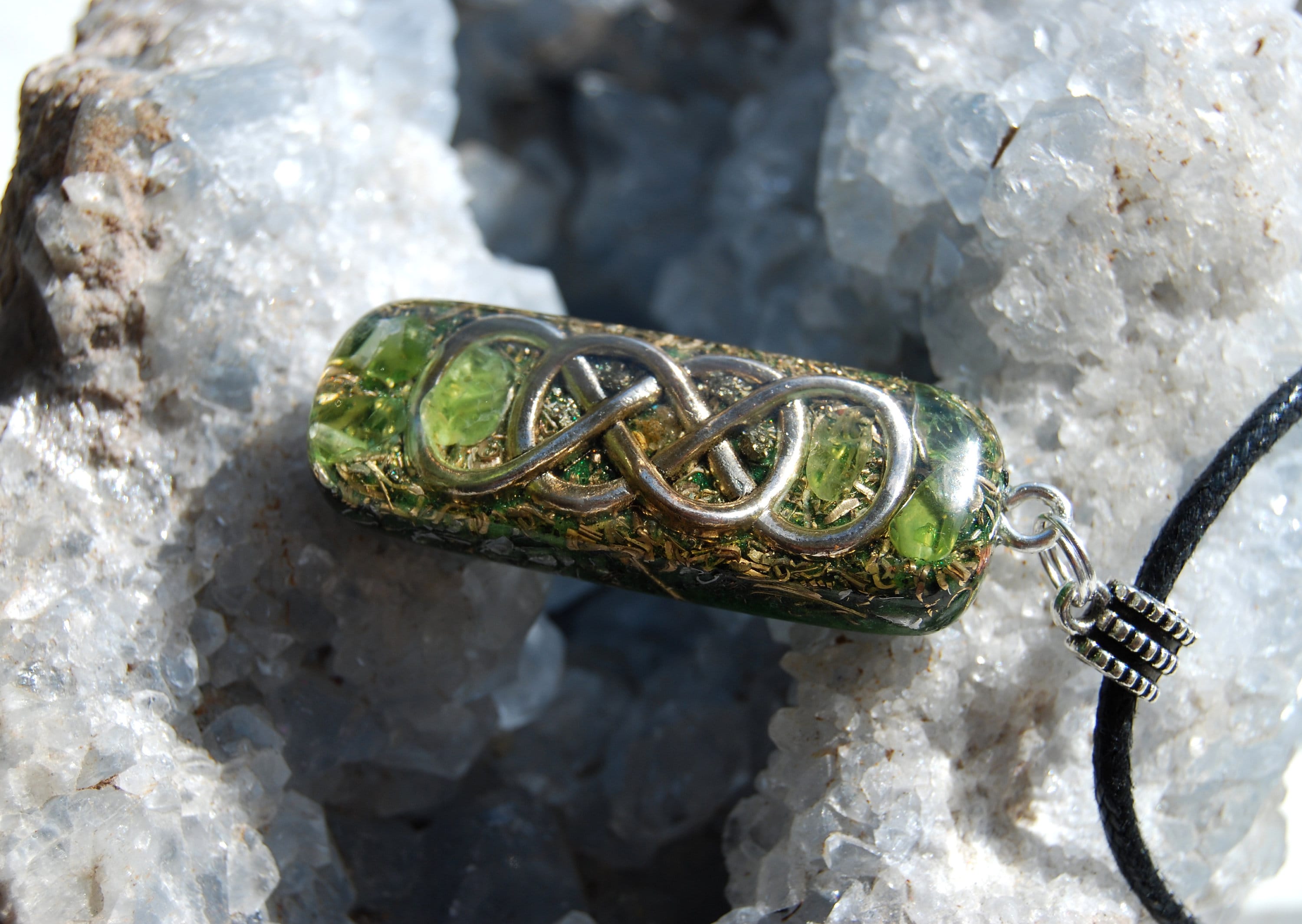 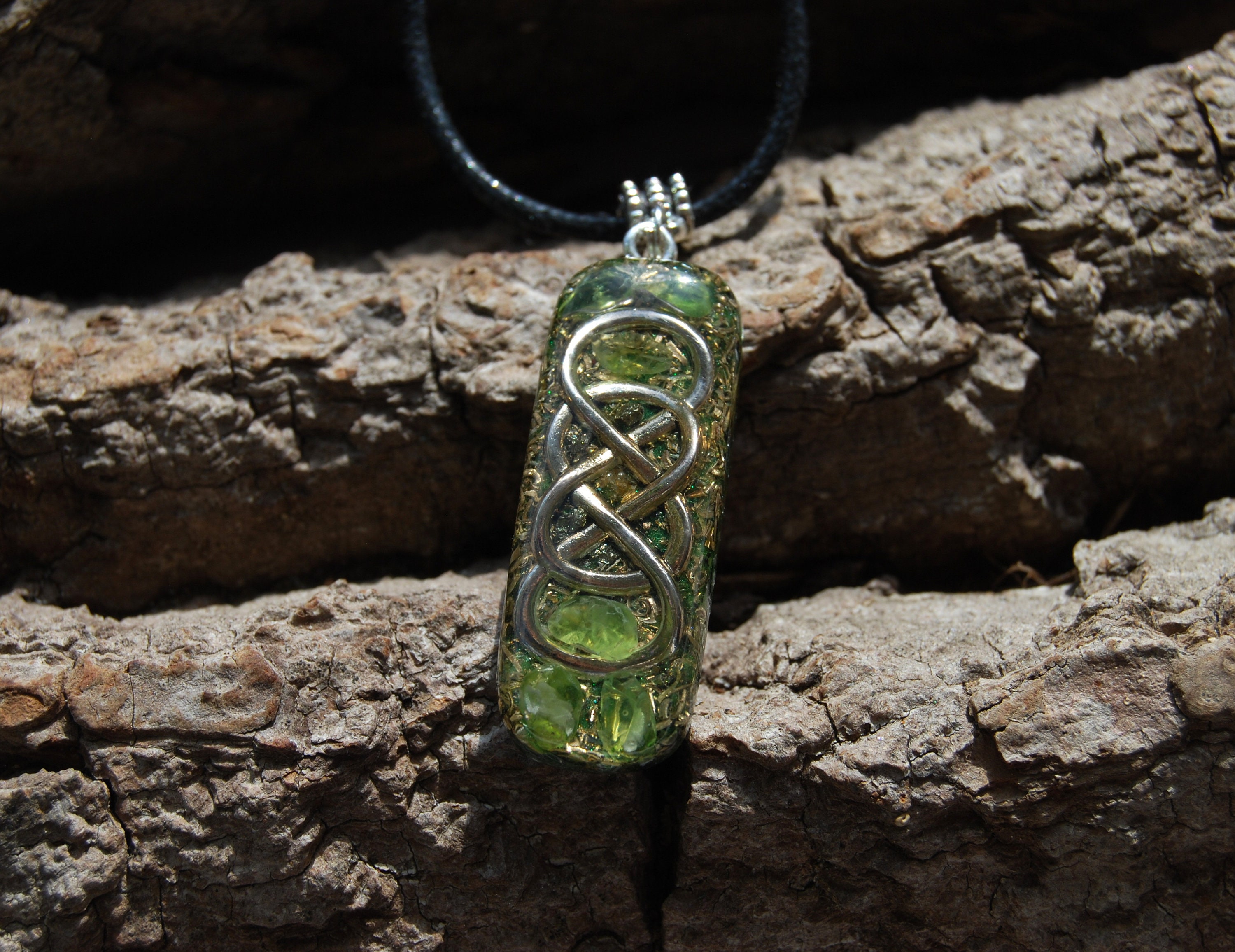 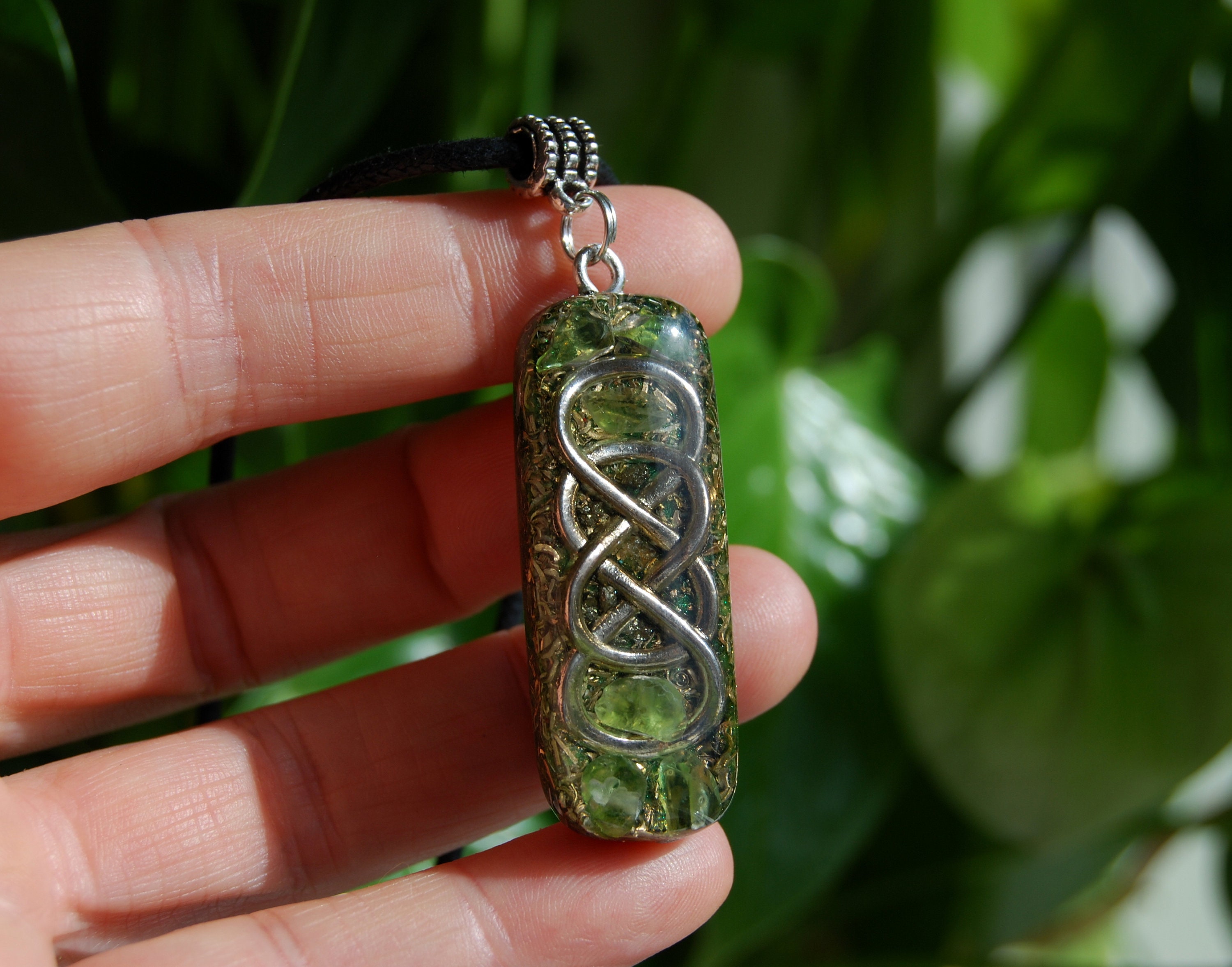 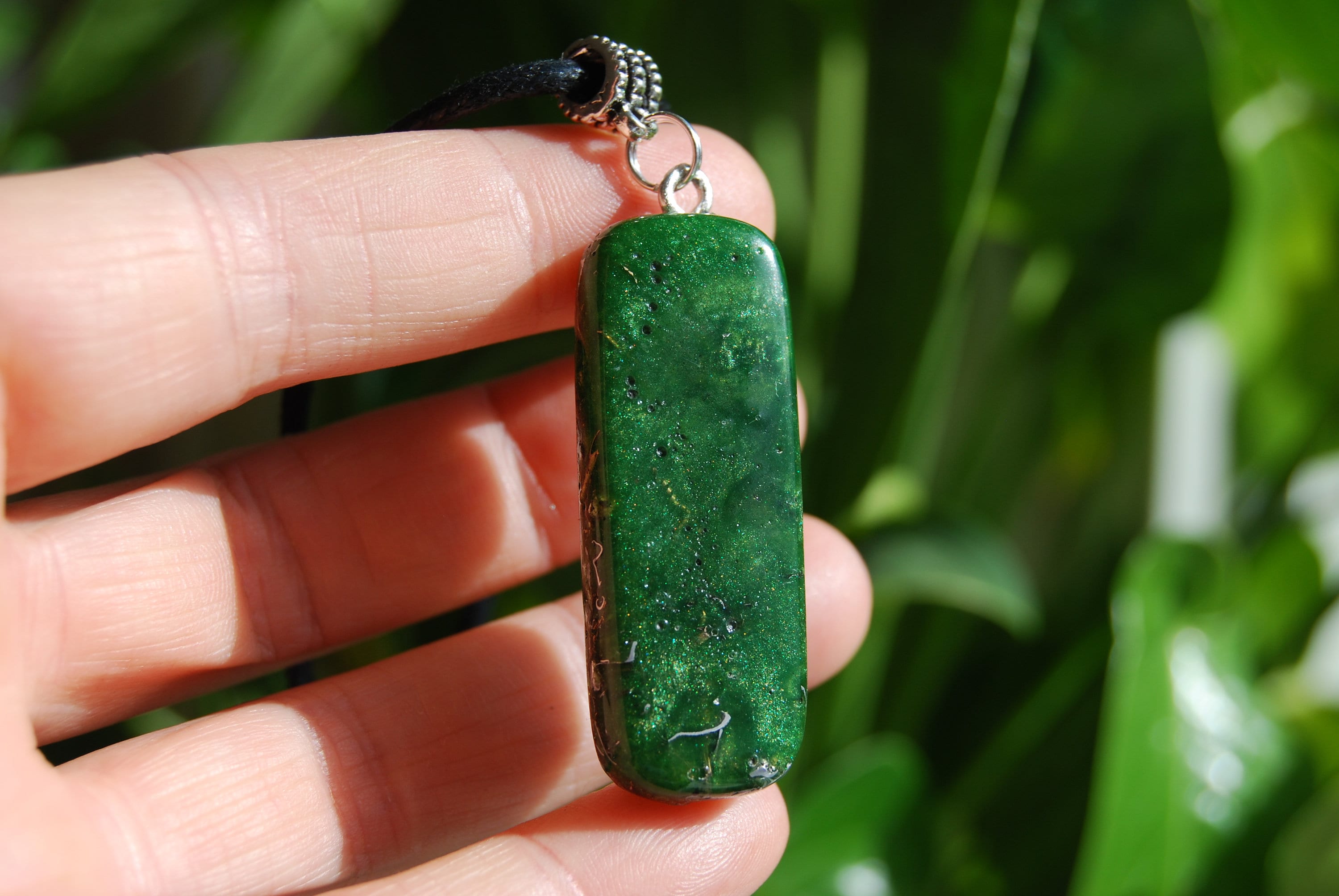 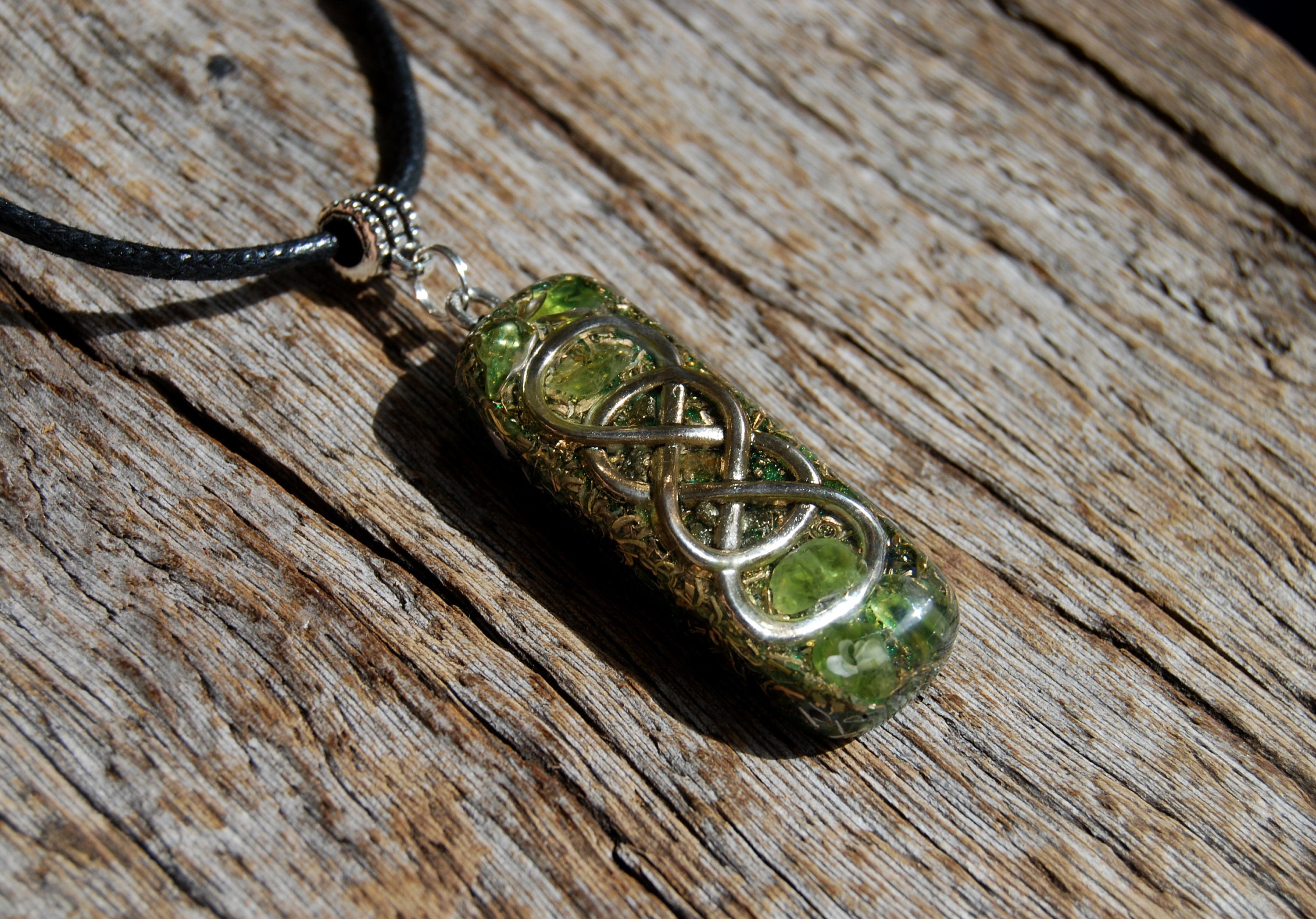 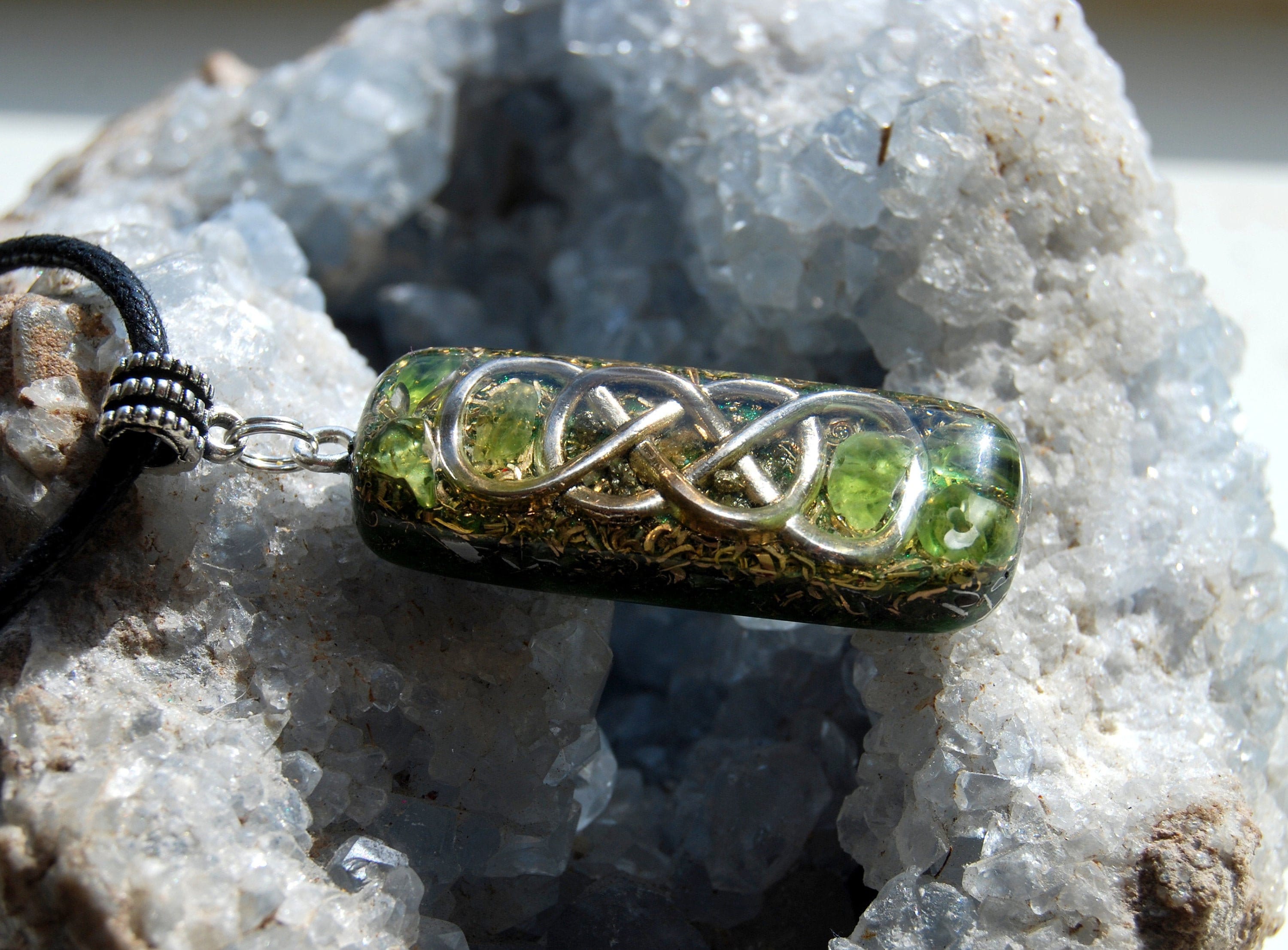 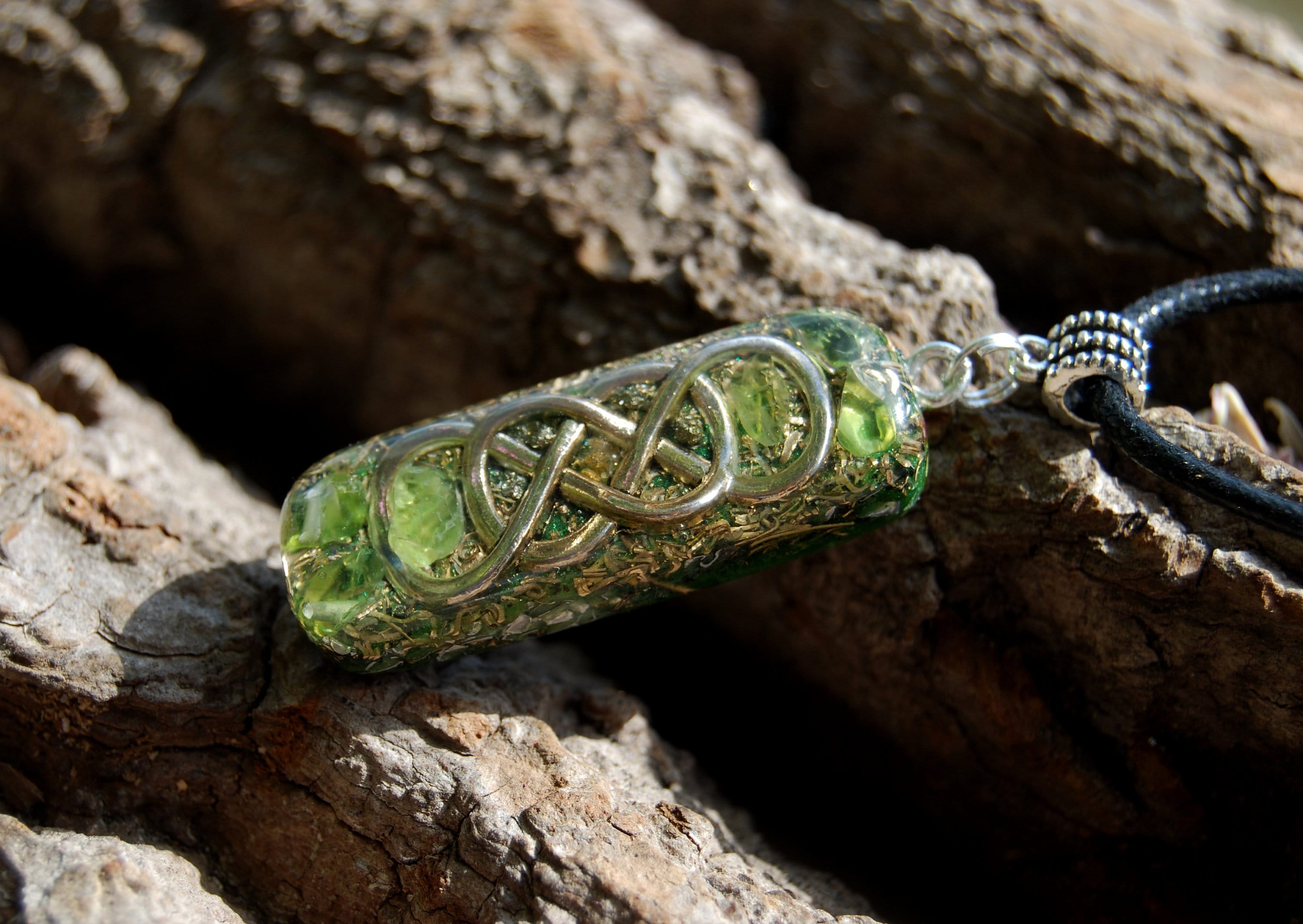 This lovely Orgonite® pendant contains aluminium, brass, bronze and copper shaving. The main stone is raw green Peridot stones laid in and around the Infinity symbol in the front. It furthermore consists of Rhodizite (for amplifying the other stones), Pyrite (front - to increase the overall power of the orgonite®), Selenite pieces (keeps the energy fresh and cleanses and recharges the other crystals), black Tourmaline (grounding excess energy and protection), Elite Shungite (emf protection) and a small terminated clear Quartz point (for piezo electric effect) all within a durable resin setting.