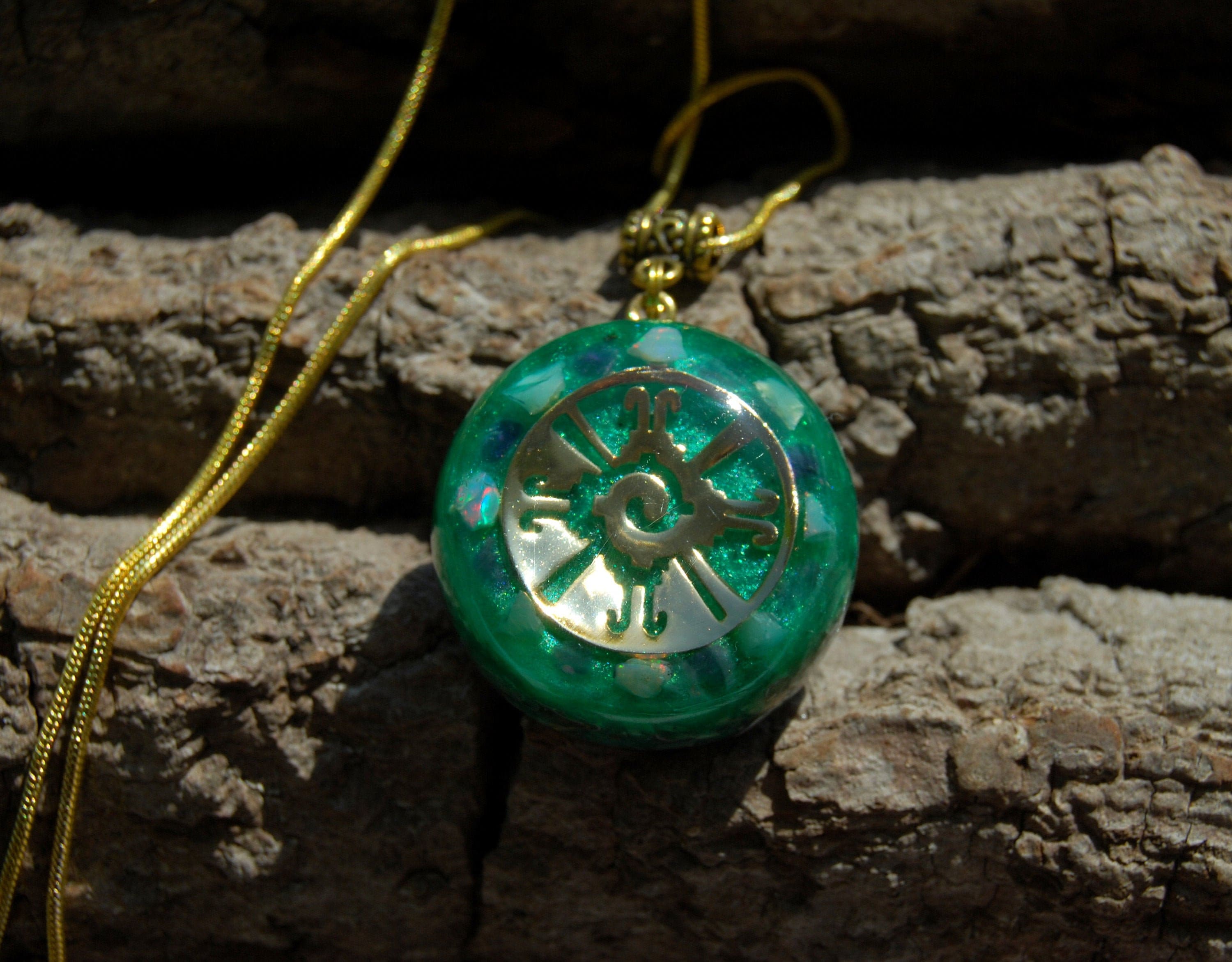 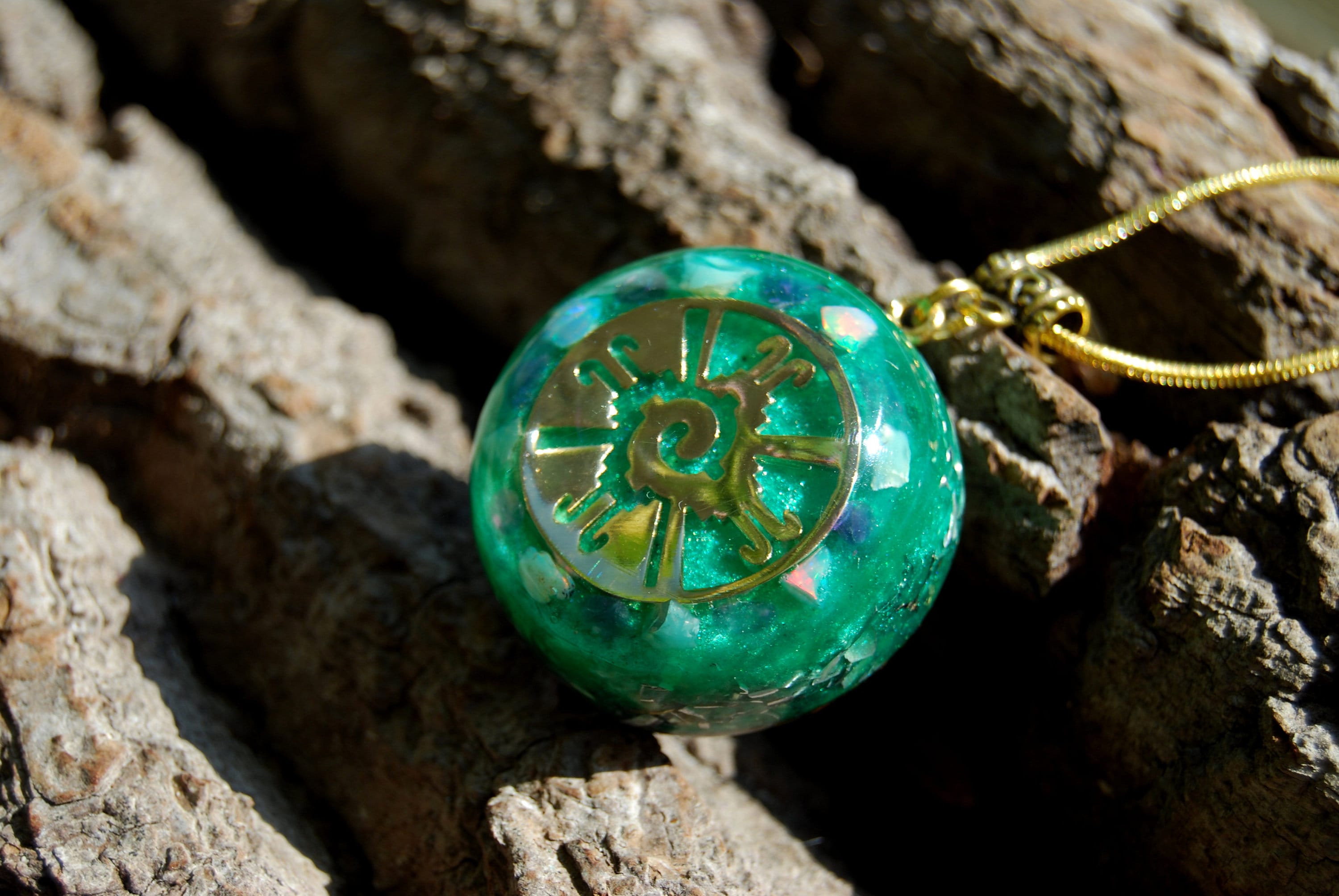 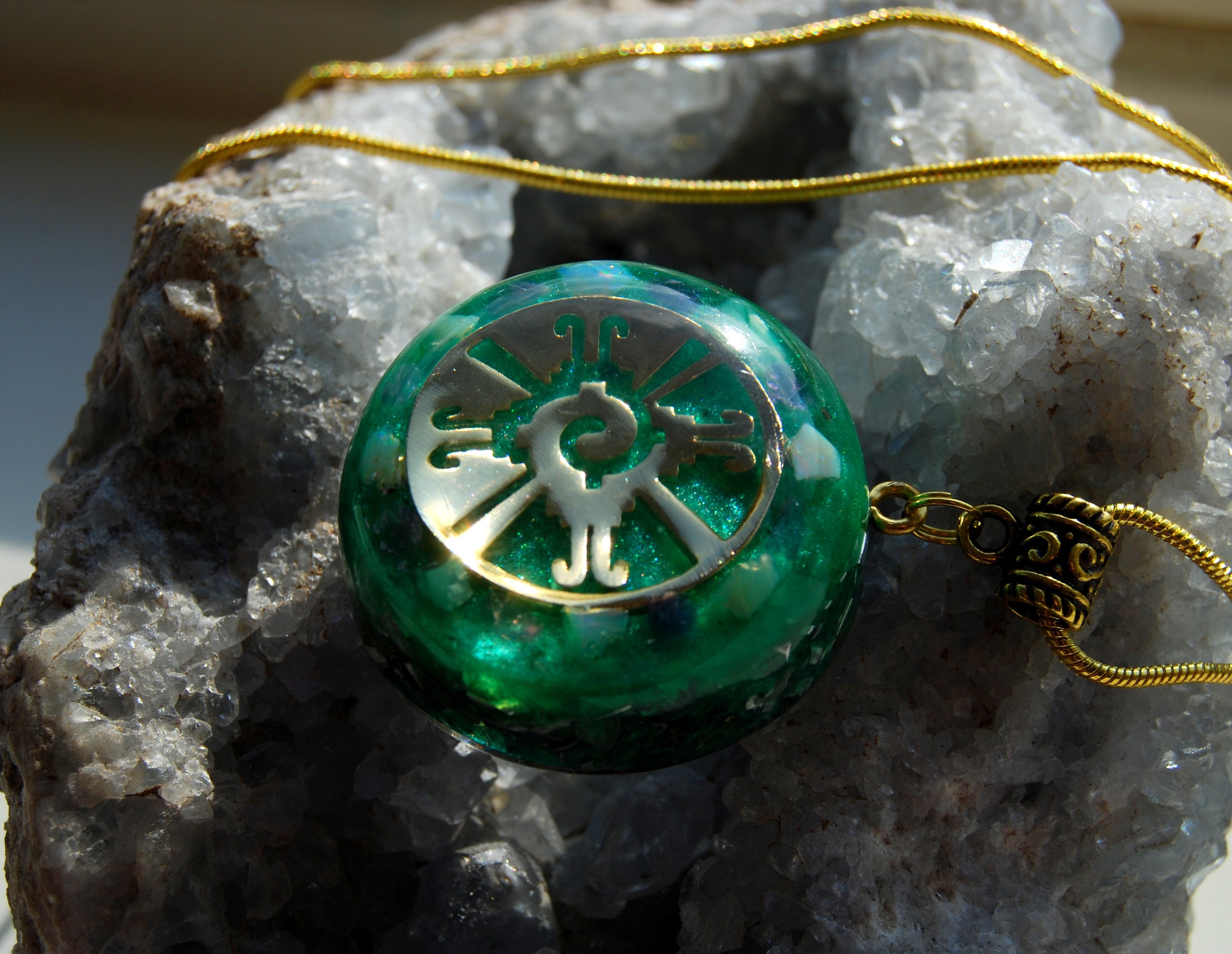 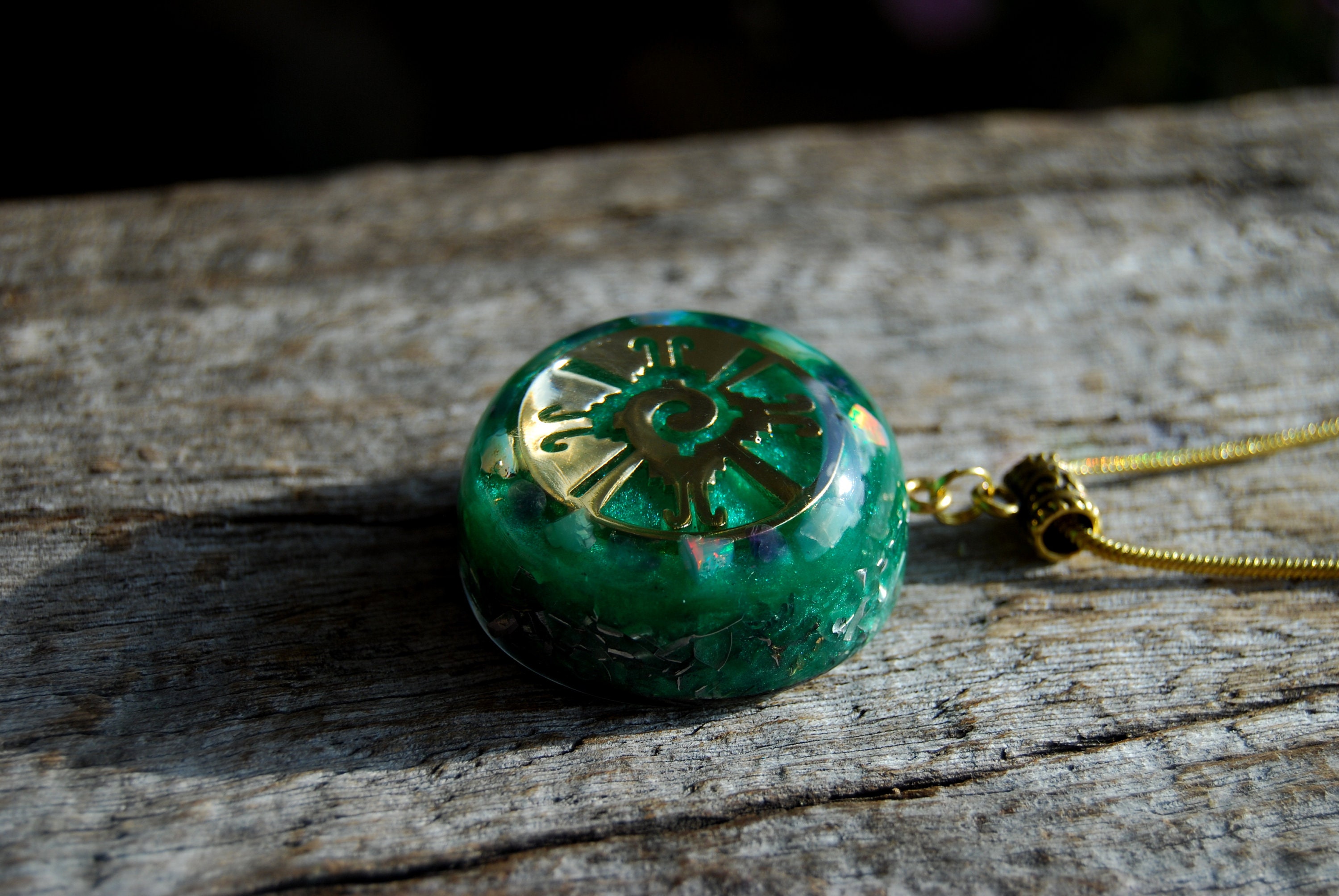 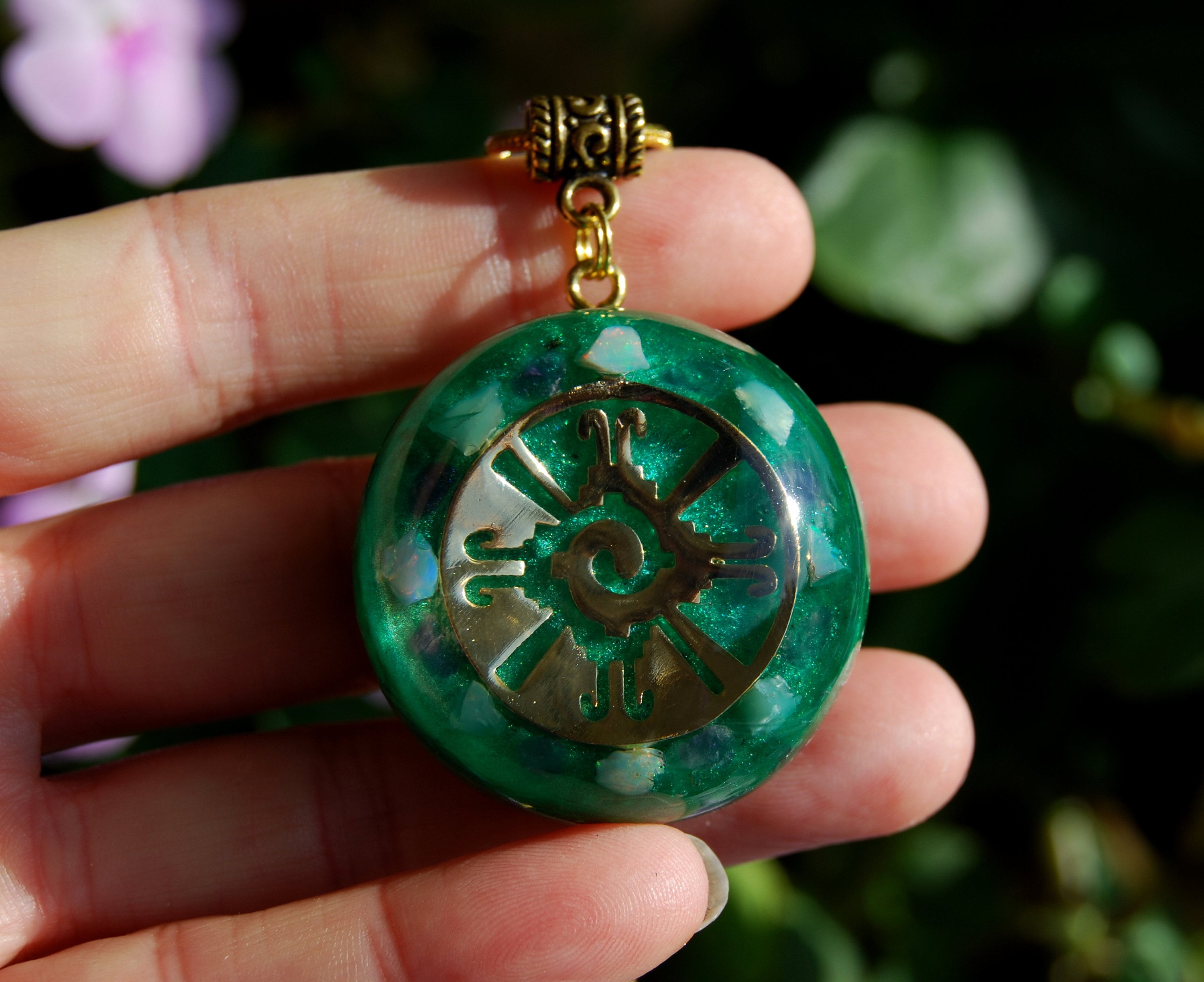 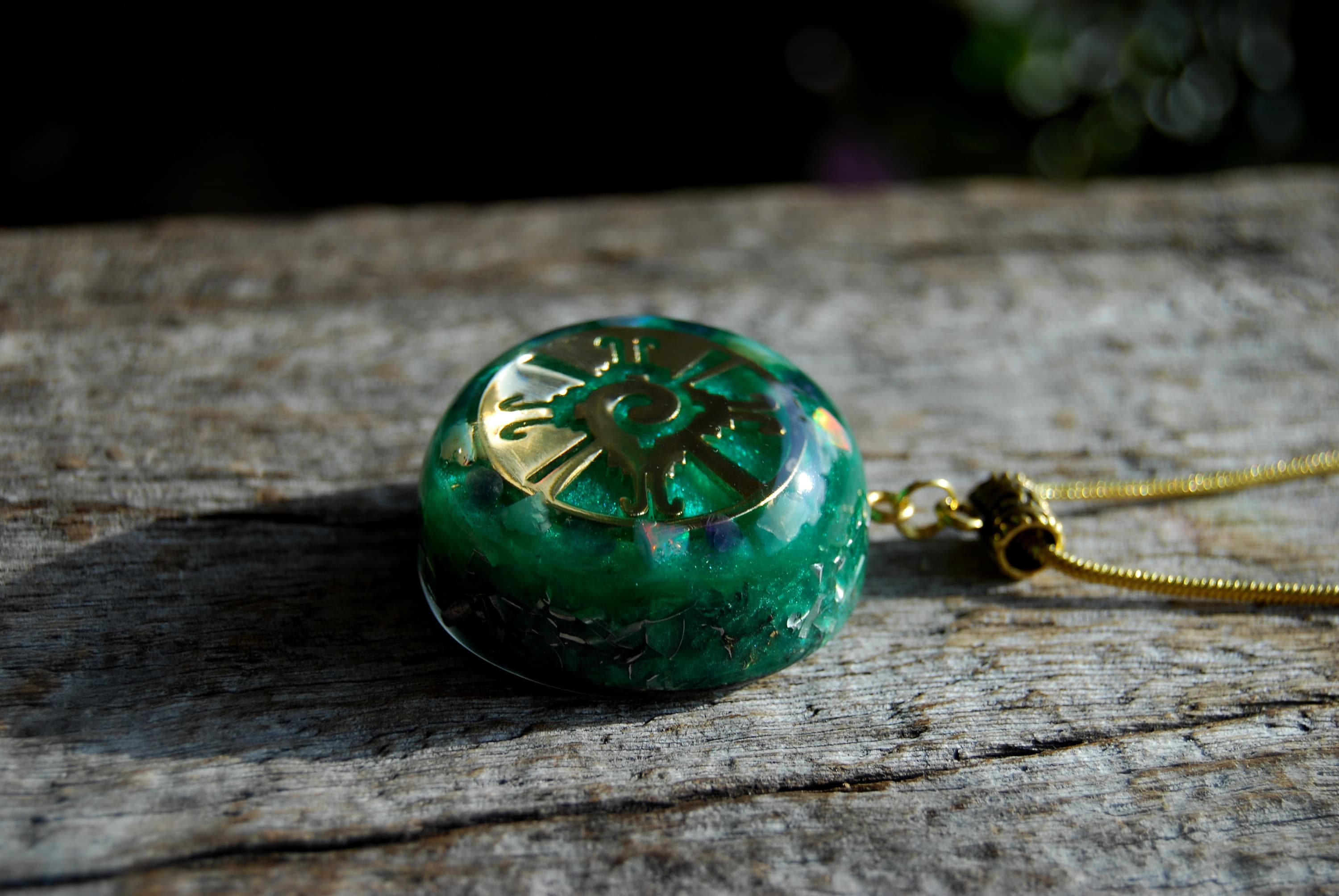 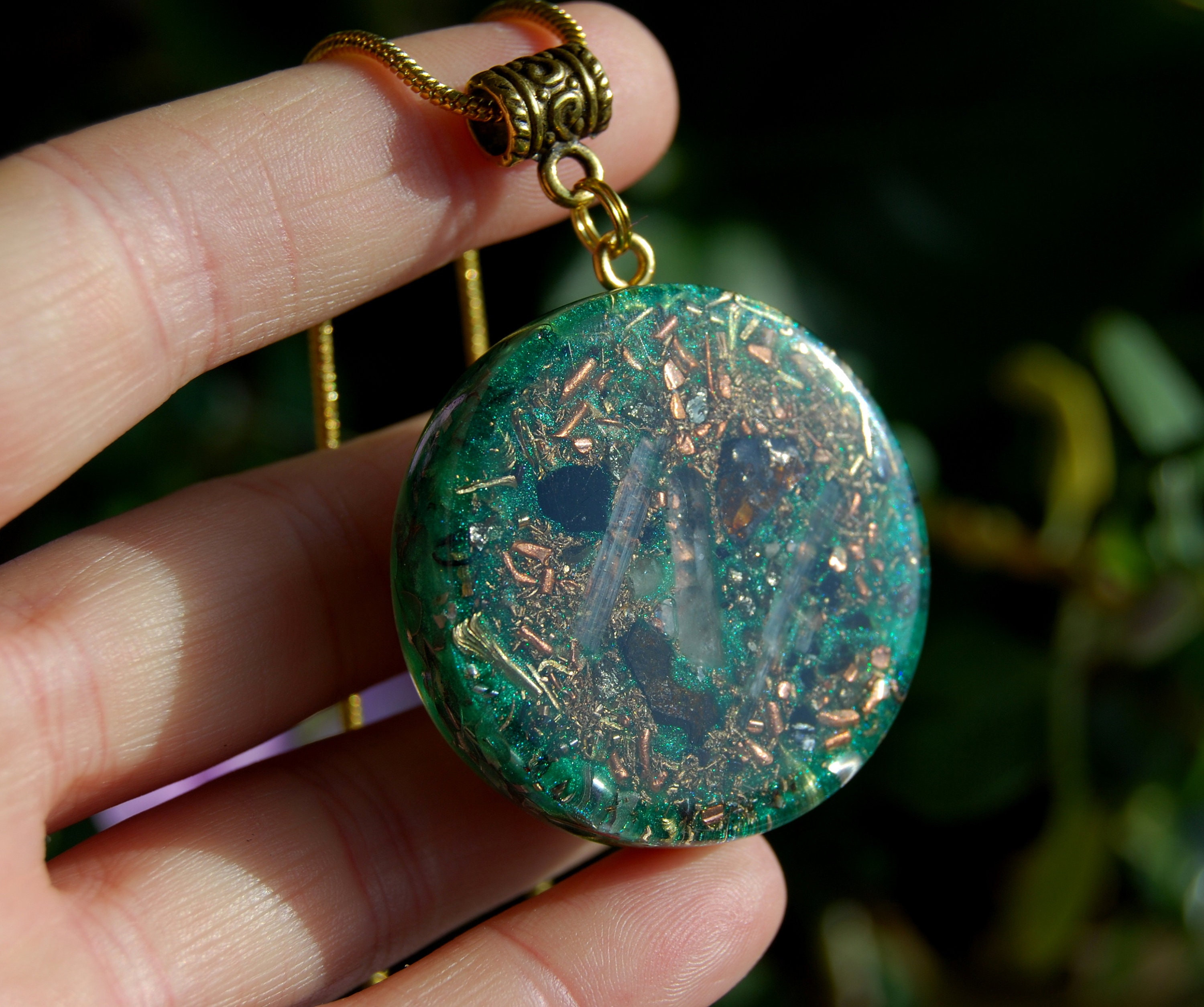 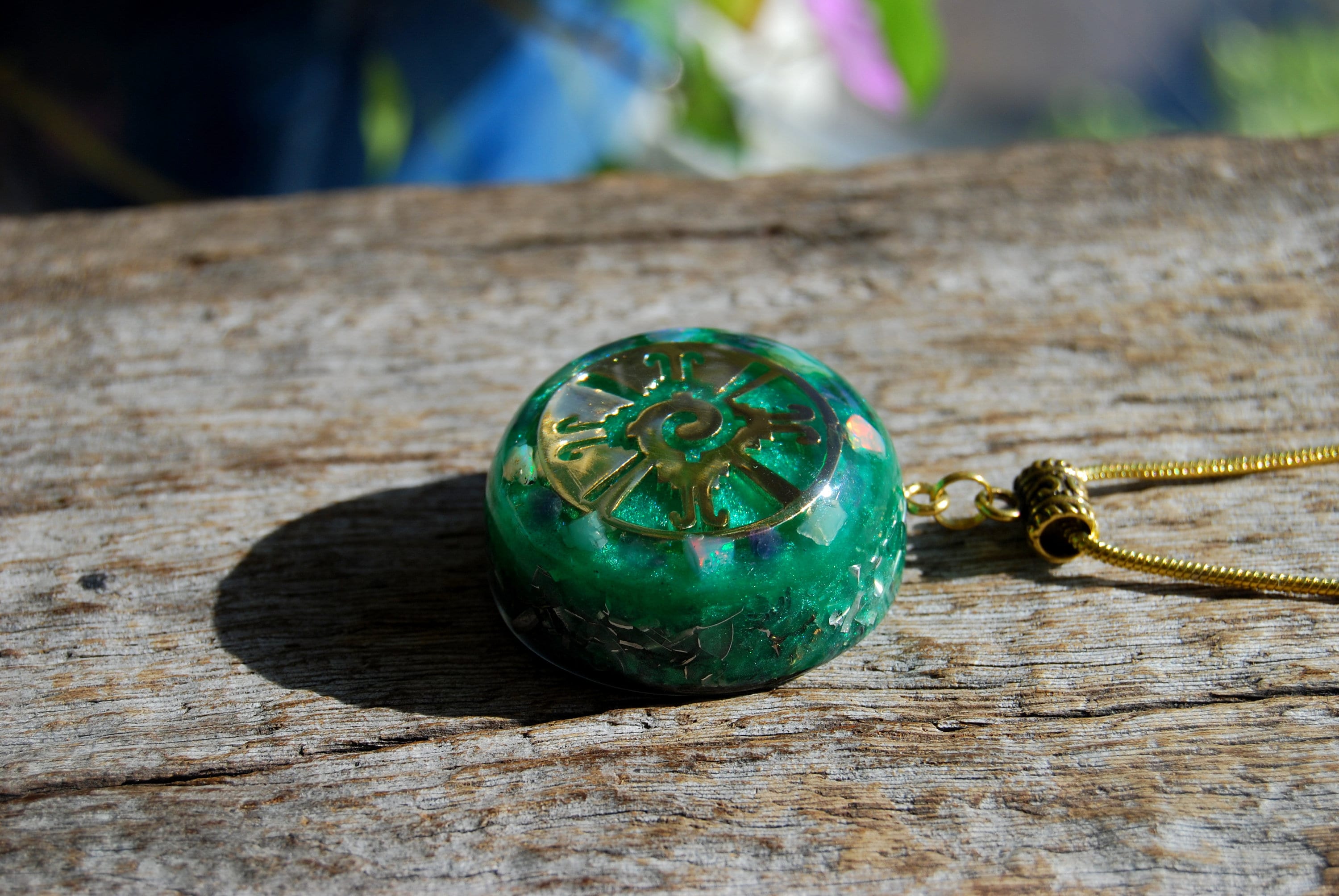 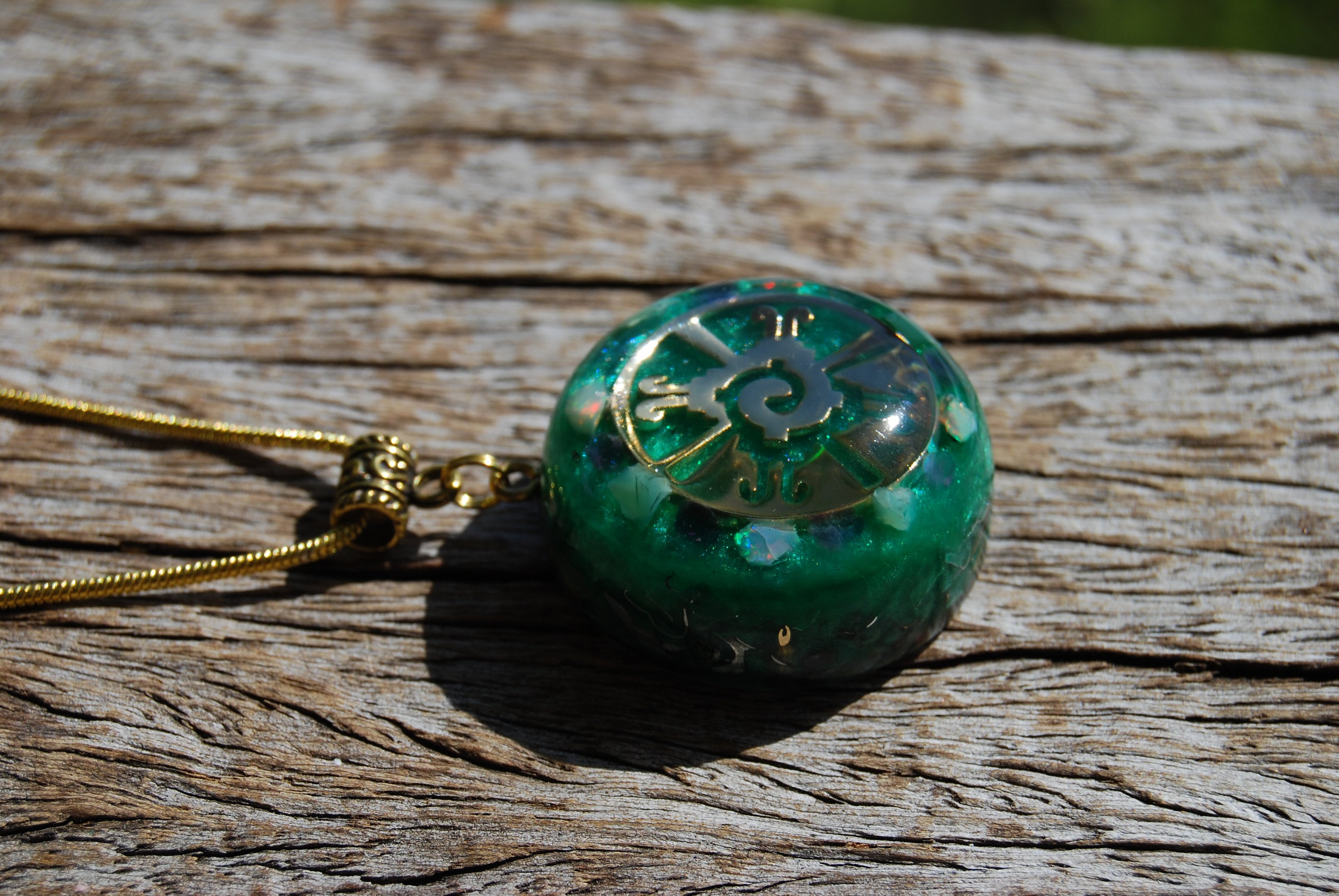 It has a gold Hunab Ku symbol in the gront. You will get the pendant as shown in the pictures.

It comes on an 24 inches / 60 cm 18K gold plated necklace with lobster clasp closing which falls around the heart chakra.