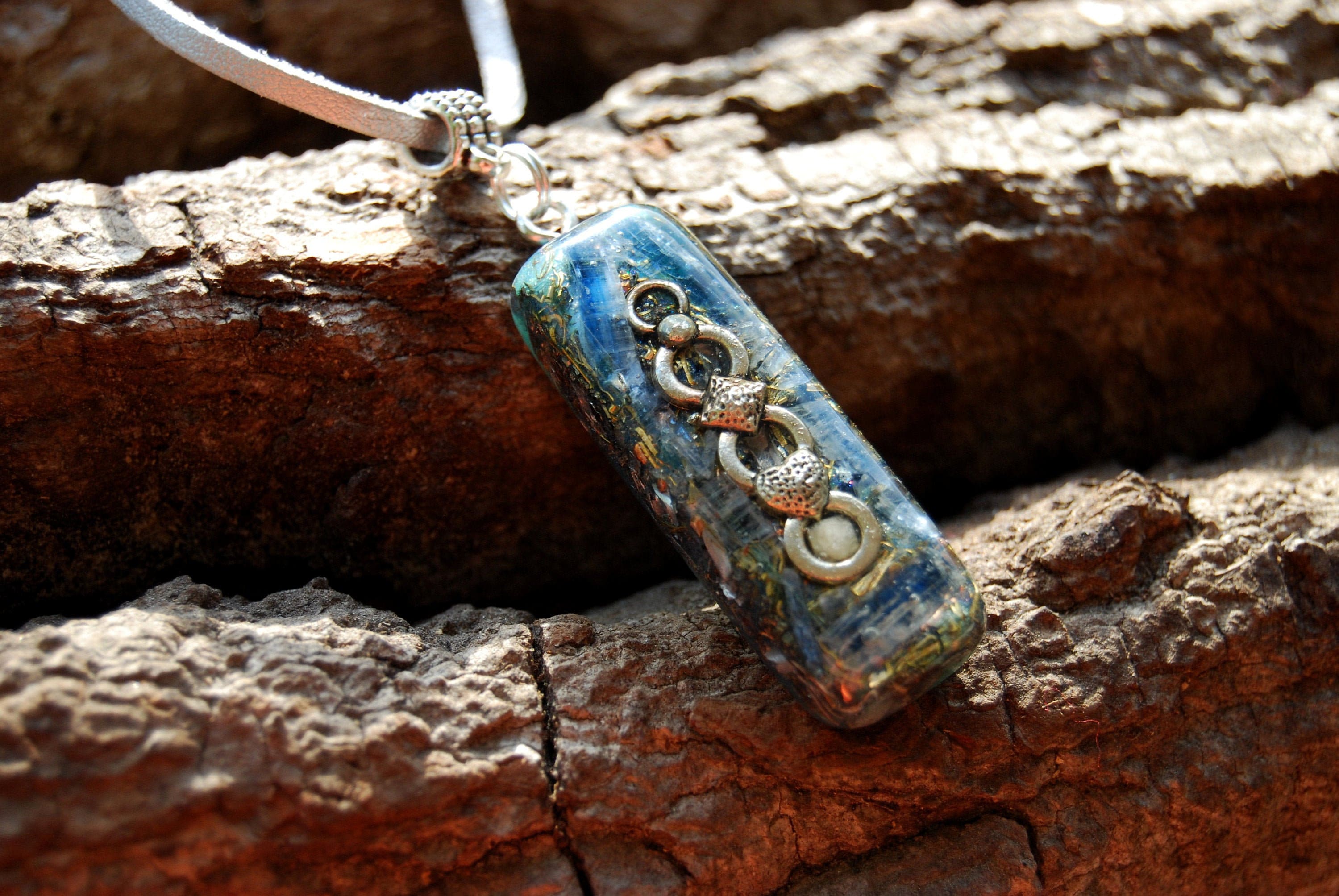 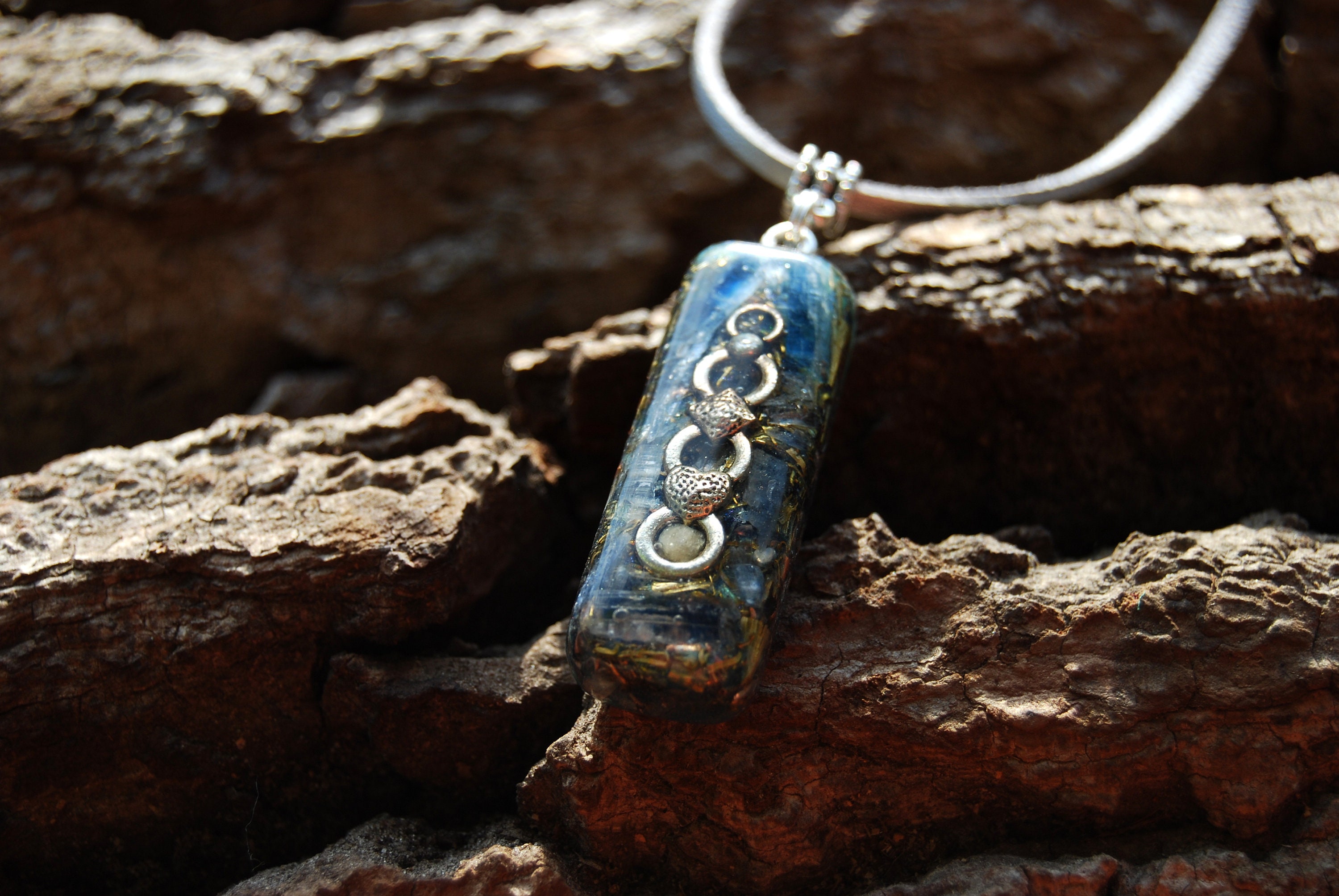 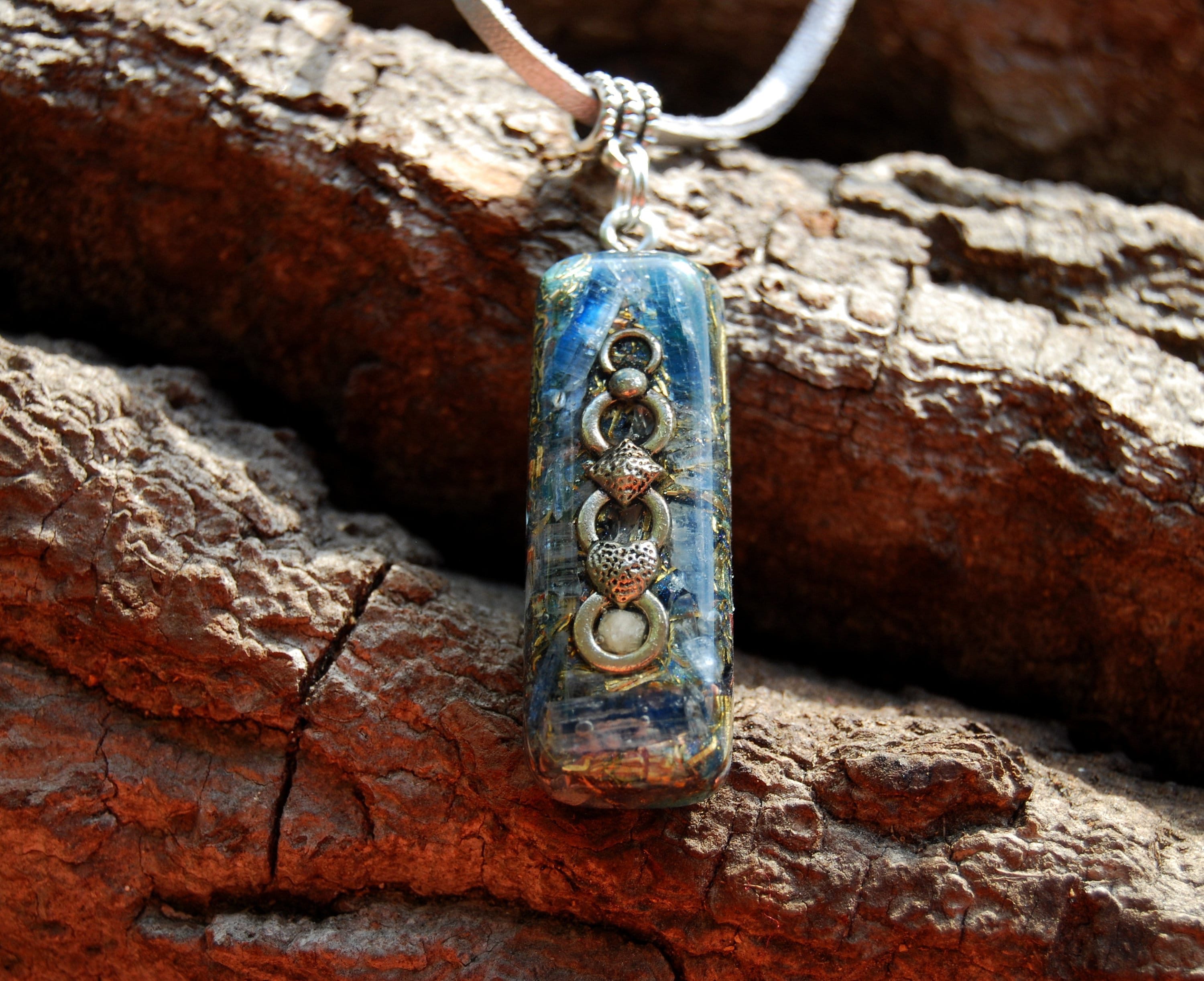 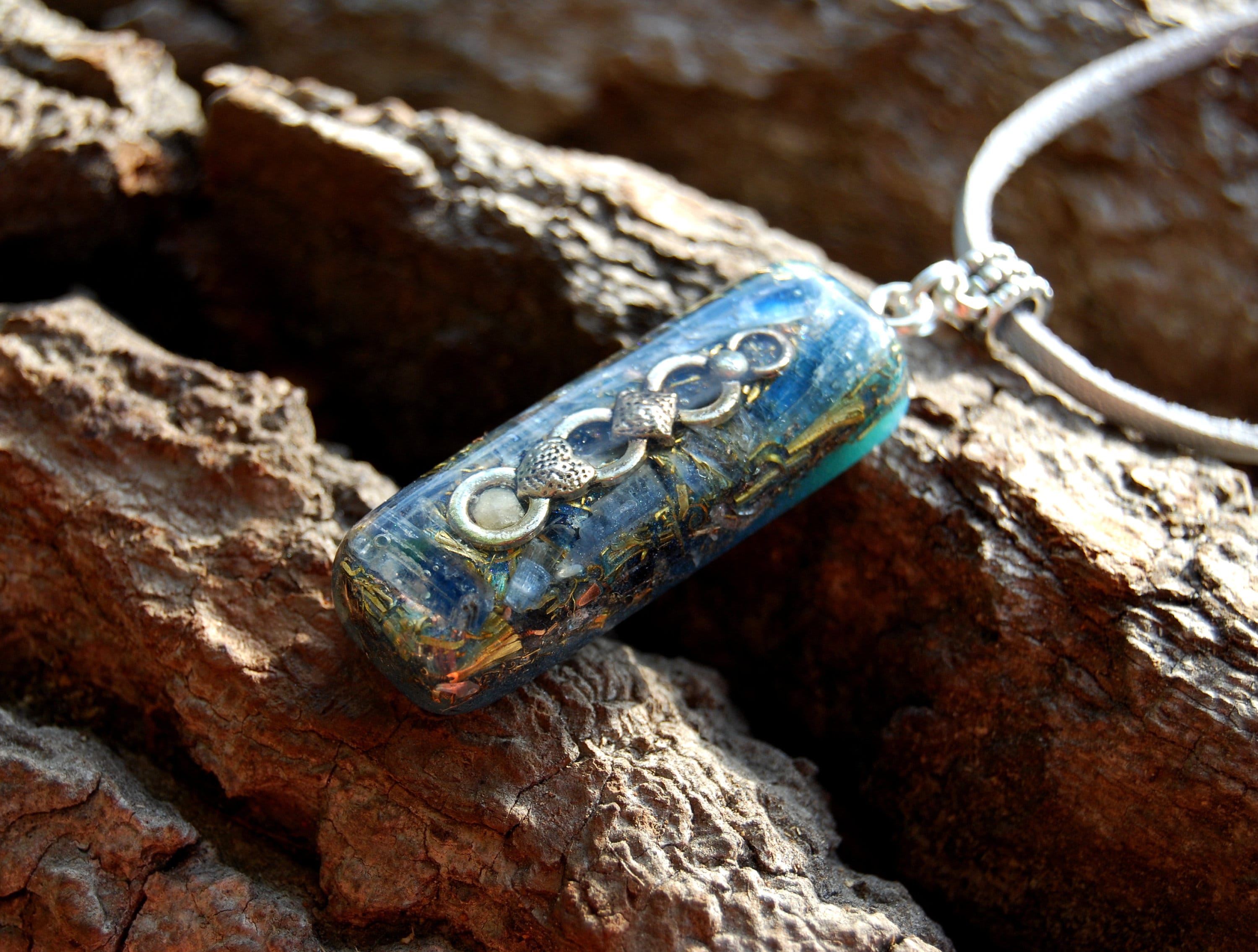 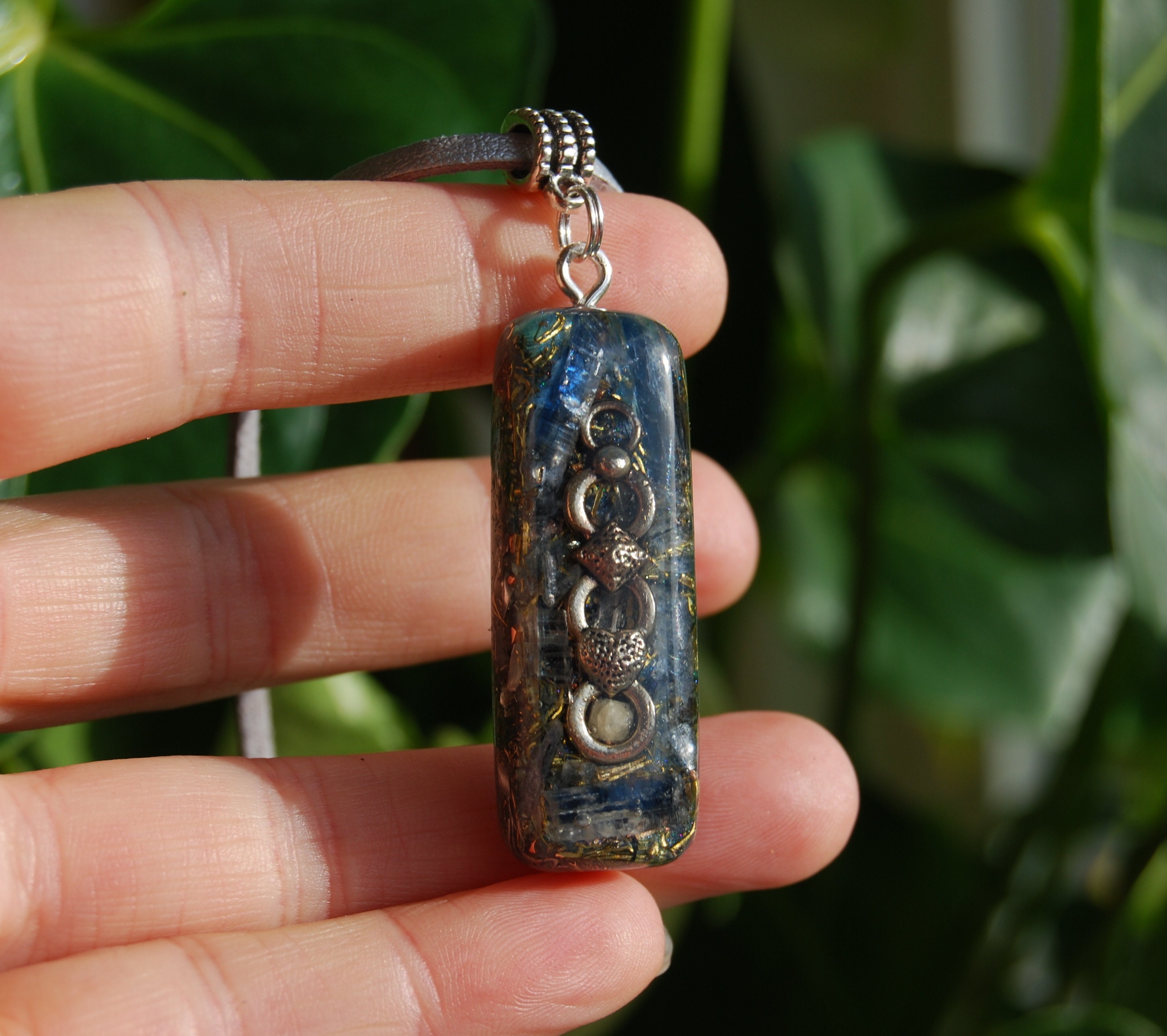 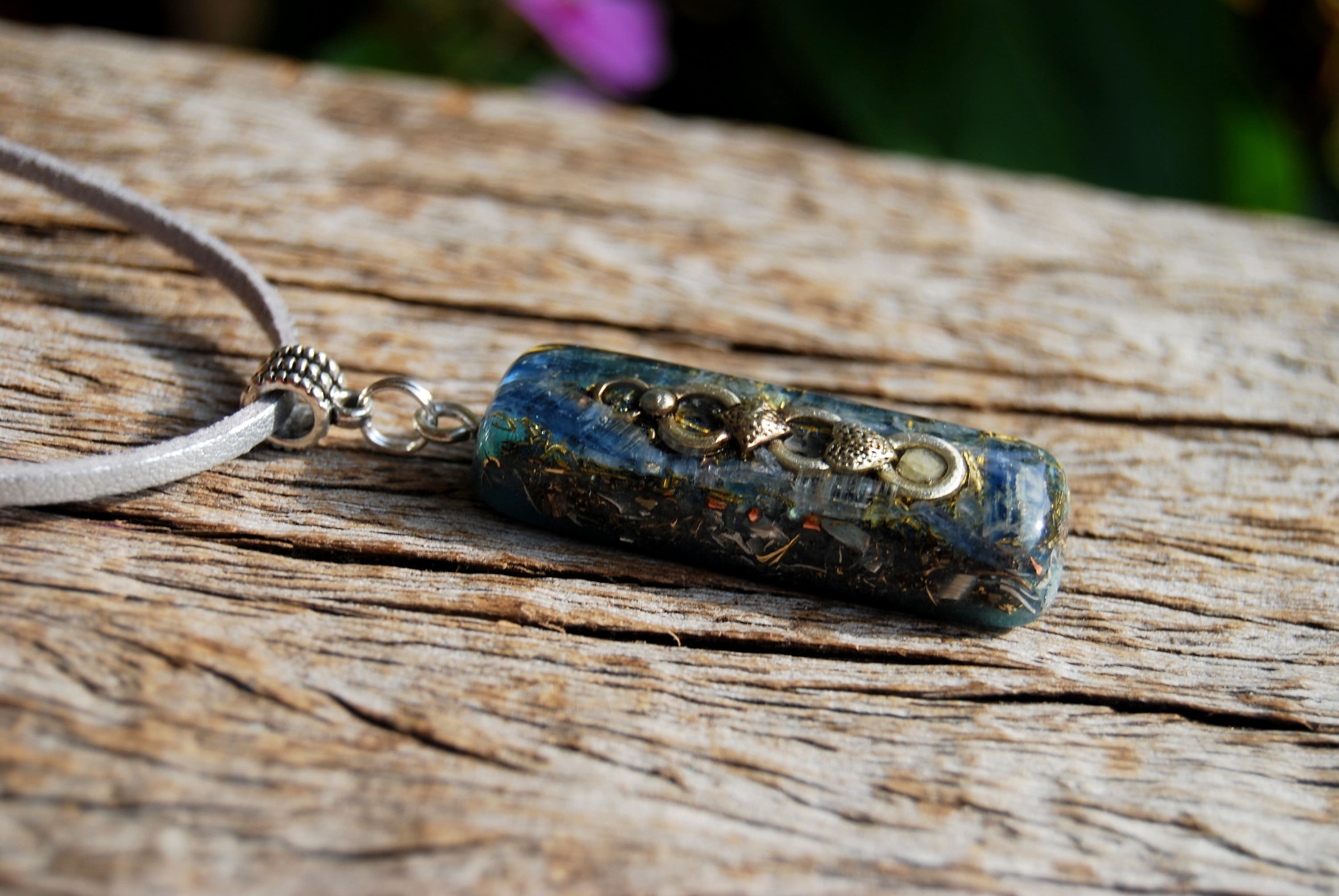 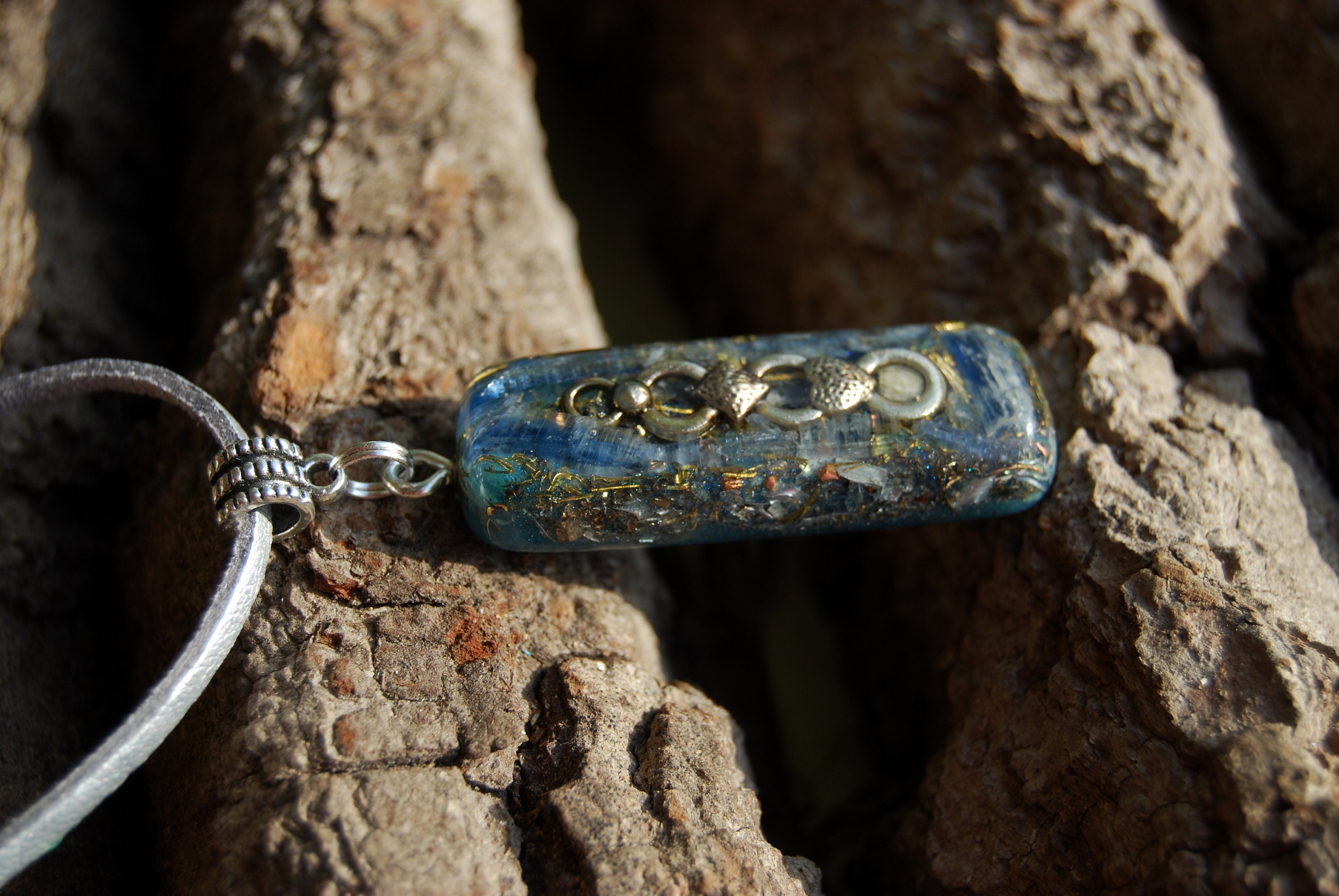 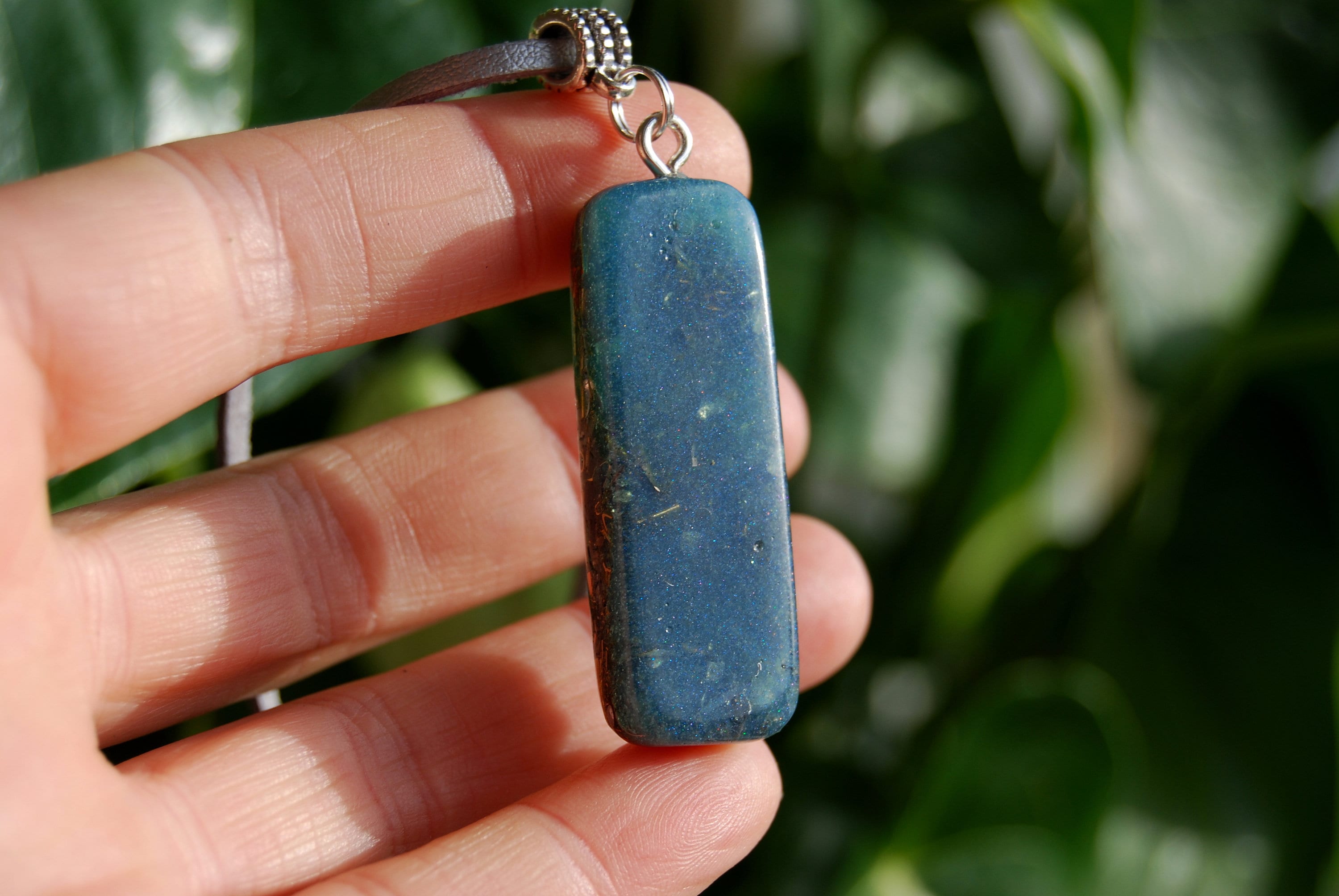 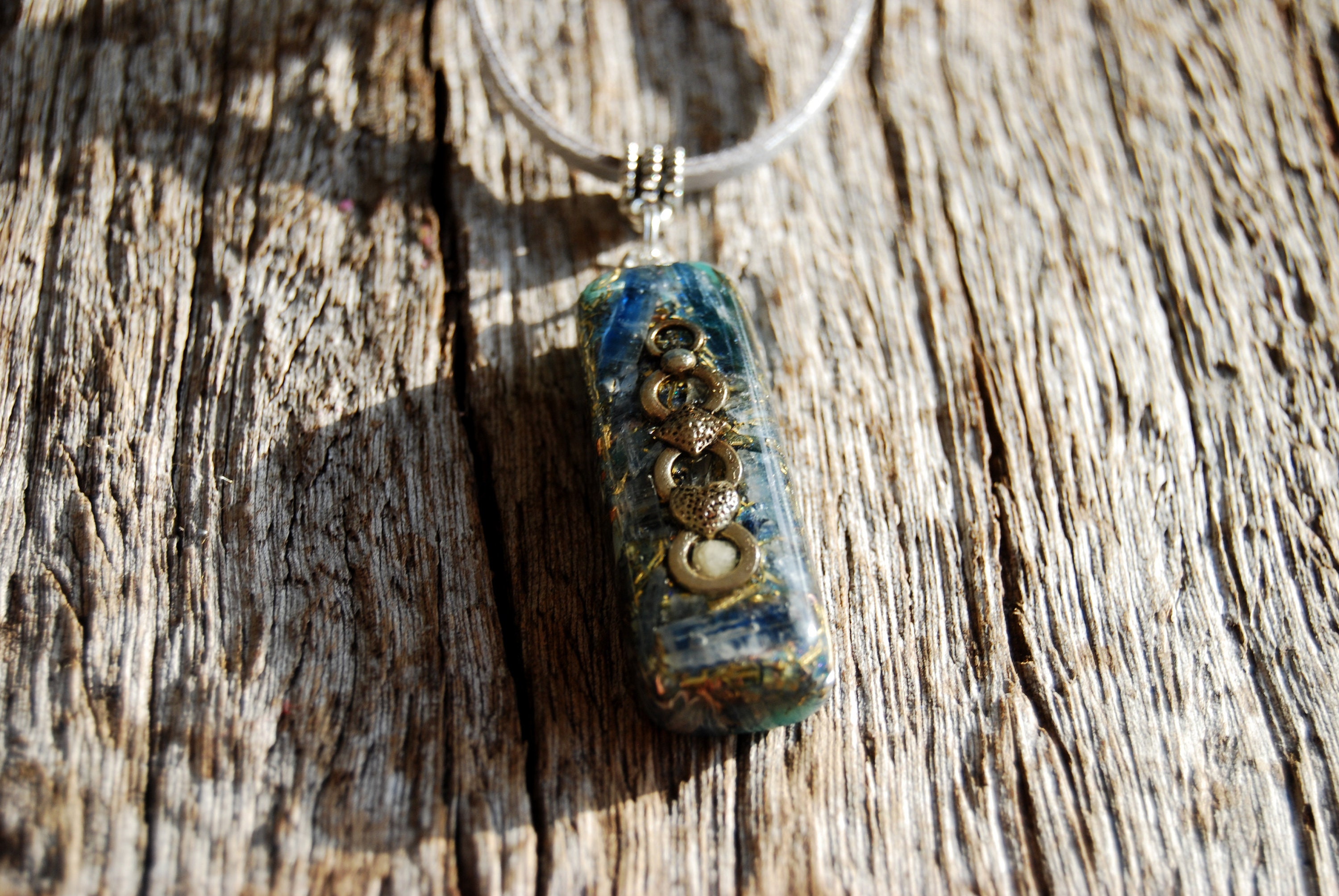 This lovely Orgonite® pendant contains aluminium, bronze, brass and copper shavings. The main stone is lovely raw blue Kyanite pieces (in the front). It also contains Elite Shungite (protection), clear Quartz crystal (for piezo electro effect), Rhodizite (to amplify the other crystals), Pyrite (to enhance), Black Tourmaline (to ground and remove excess energy) and Selenite (clean and charges the other crystals) all within a durable resin setting.

The unique symbol in the front has no particular meaning as far as I know, so it is just for decorative purposes.

The high vibration and rapid transfers of energy from Kyanite create pathways where none existed before. Like a universal bridge, it is an extraordinary crystal of connection, opening the mind centers, enhancing telepathic and psychic abilities, bridging gaps in all communication efforts, and providing a link for transmitting or receiving healing energy. It immediately aligns the chakras and subtle bodies, bringing tranquility and a calming effect to the whole being. It is an exceptional stone for transitioning into deep meditative states.

Like Citrine, Kyanite is one of the two minerals on the planet that neither accumulates nor retains negative energy, and therefore never needs cleansing. Kyanite's energy is unlimited in application, making it an excellent stone for metaphysical purposes, and it may be used for cleansing and clearing other crystals

Kyanite is an excellent stone for meditation and attunement. It will not retain negative vibrations or energy, therefore never requiring clearing. Kyanite aligns all chakras and subtle bodies instantly. It provides balance of yin-yang energy and dispels blockages, moving energy gently through the physical body.

Kyanite has a calming effect on the whole being, bringing tranquility. It encourages psychic abilities and communication on all levels. It drives away anger, frustration, confusion and stress and helps to provide a capacity for linear and logical thought. Kyanite provides a stimulating energy, encouraging perserverance in and support of activities and situations which would normally reduce one’s strength. It can help when connecting to your spirit guides. Kyanite induces dream recall and can promote healing dreams.

Flawless pendant with an abundance of gemmy bits of kyanite. Zoe - I would love to see you create a big dome or pyramid with kyanite and selenite.