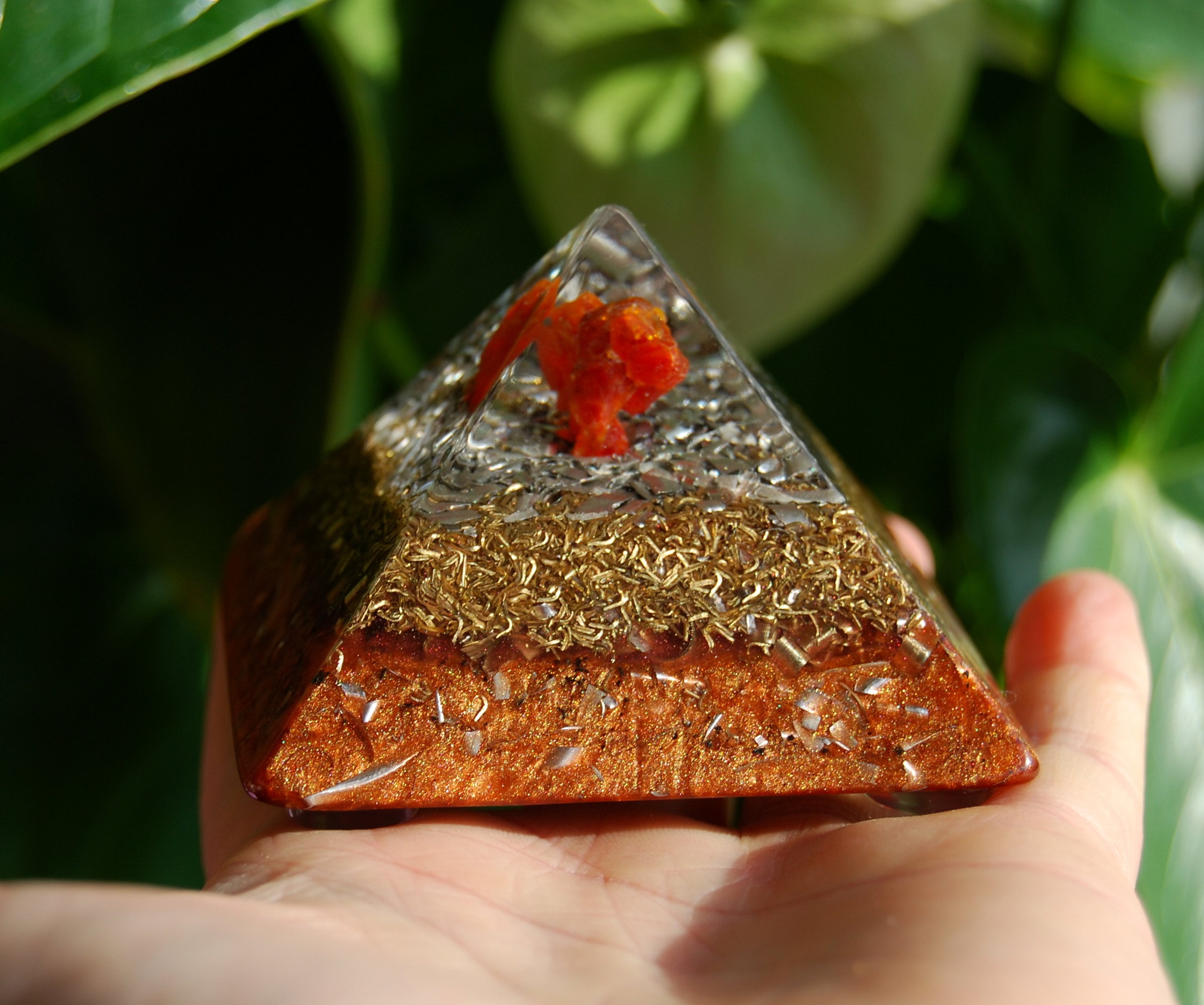 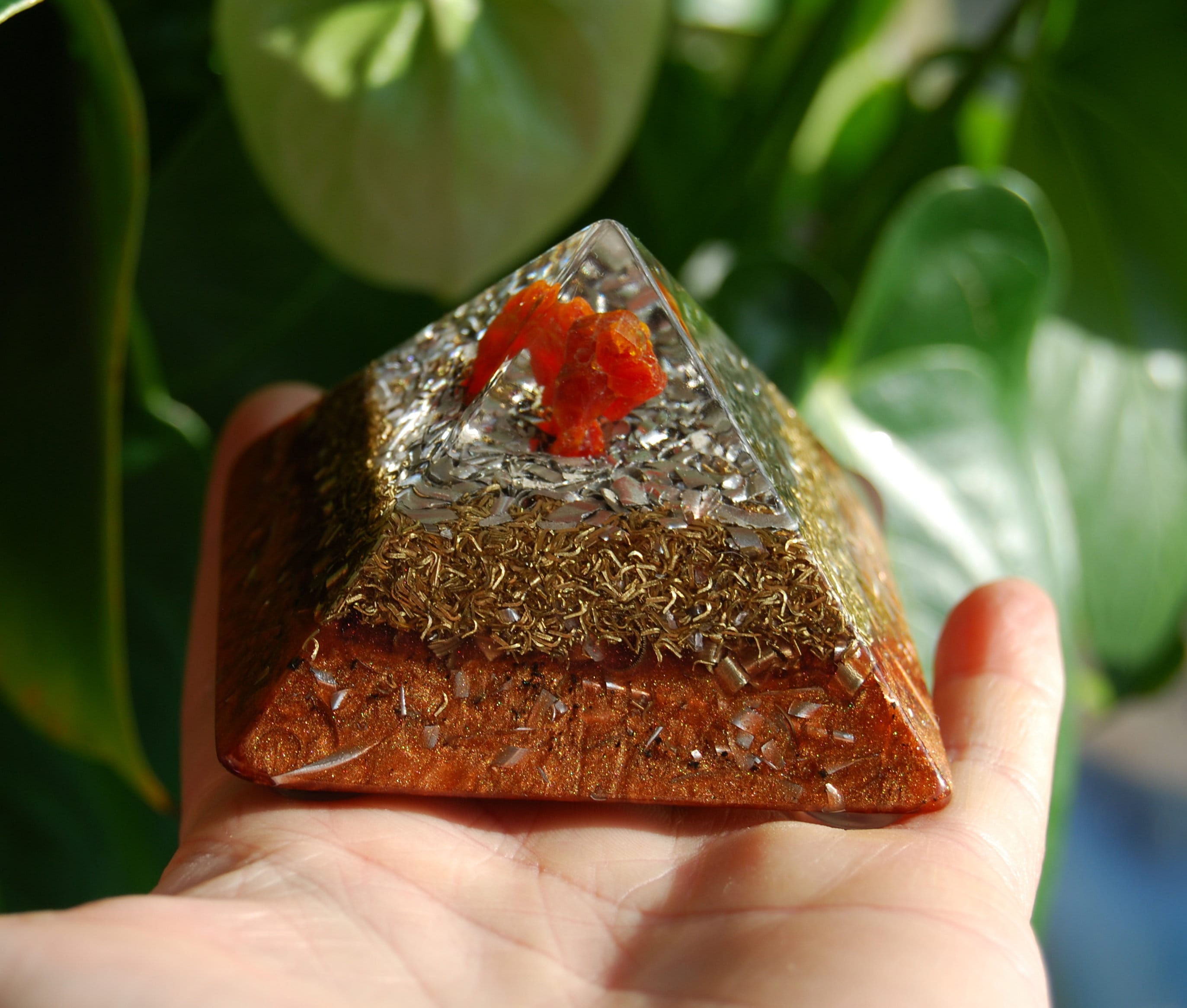 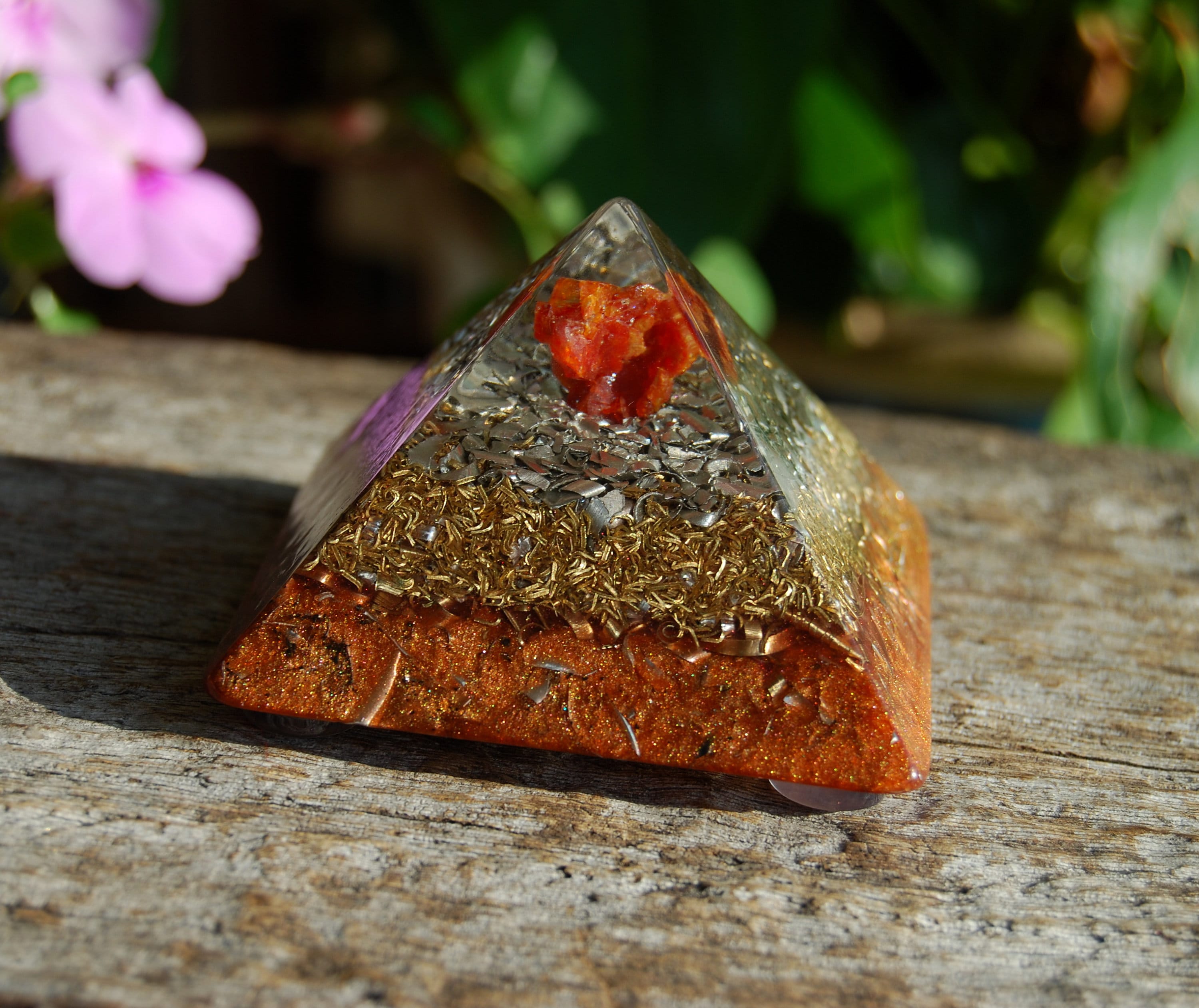 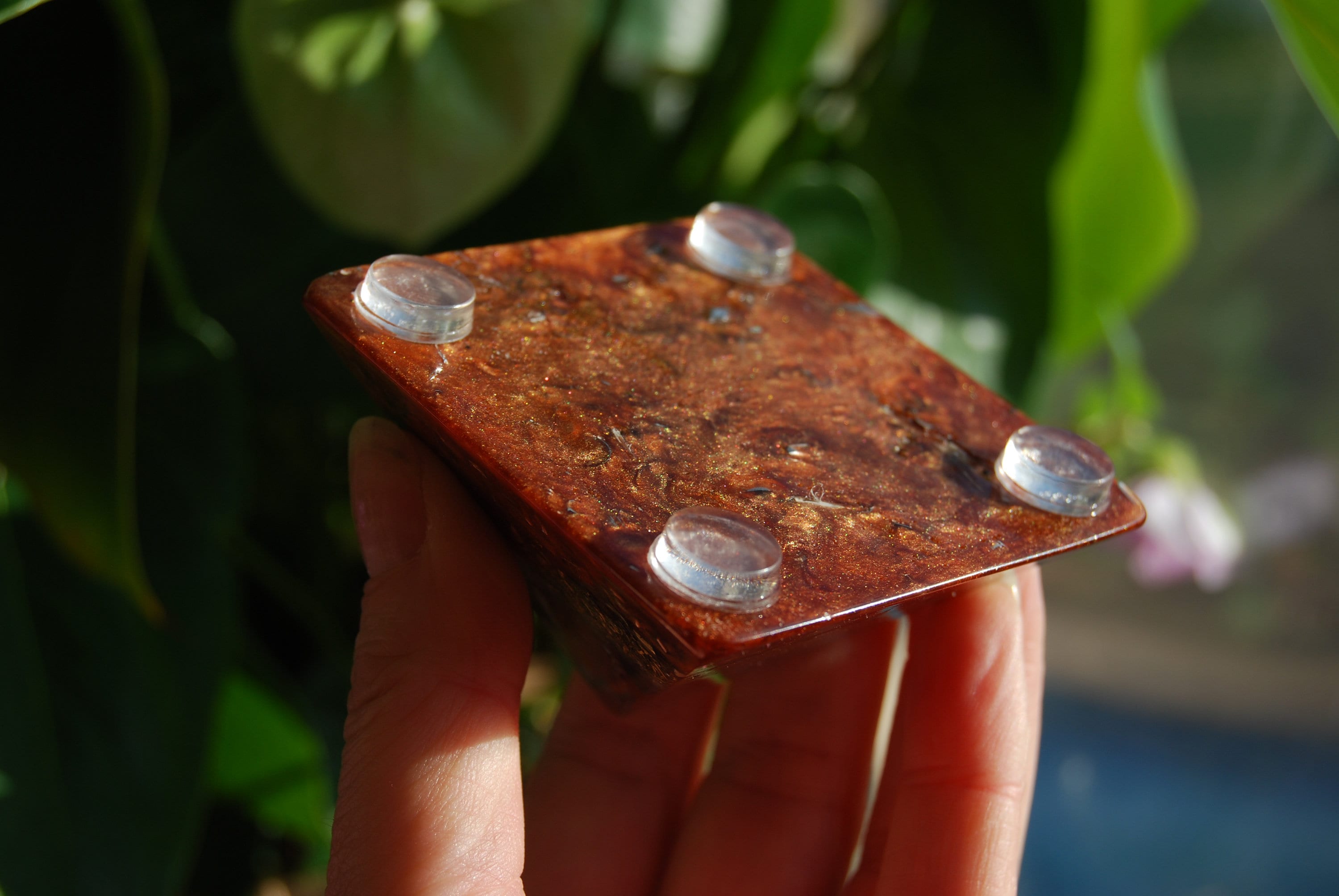 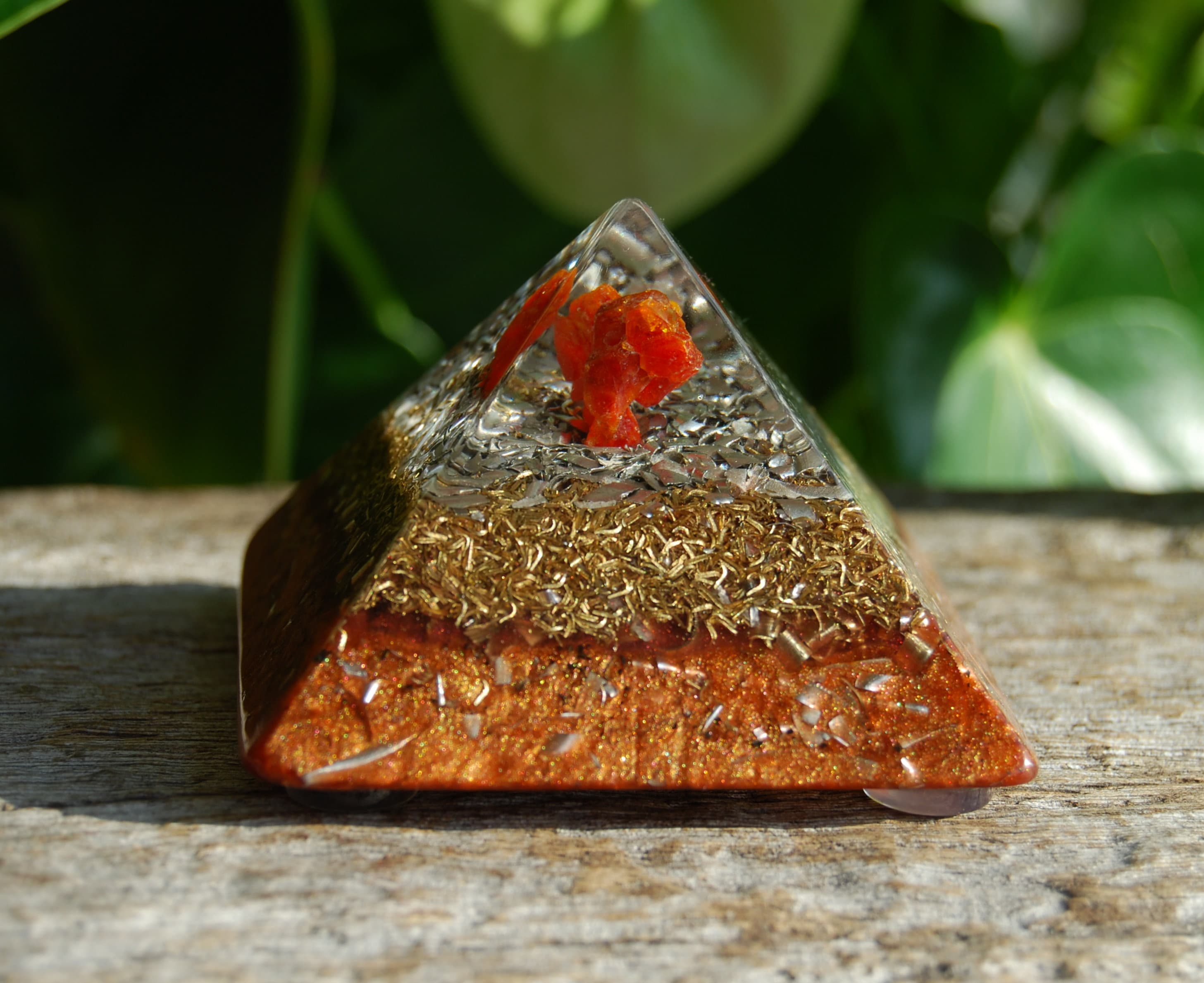 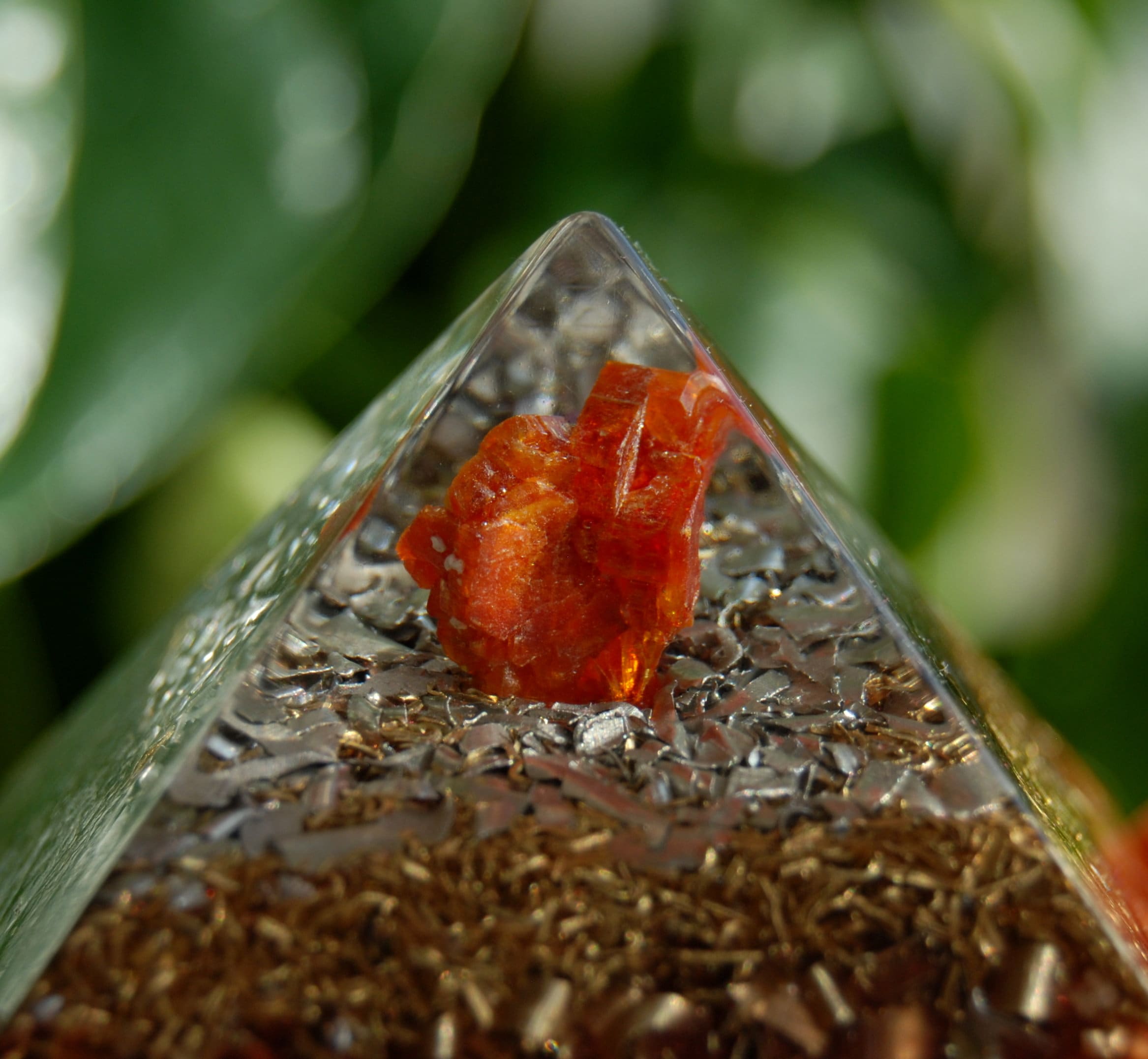 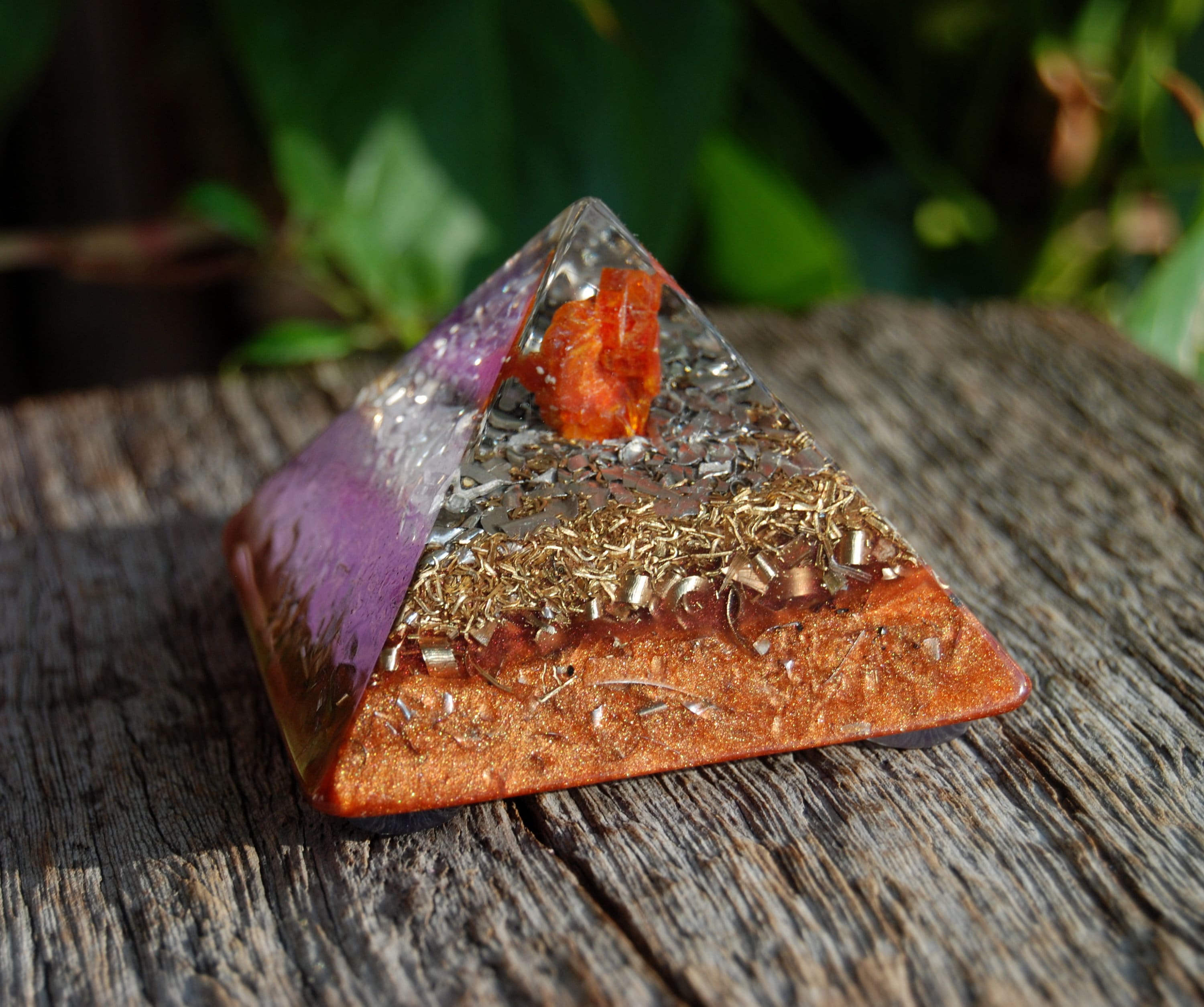 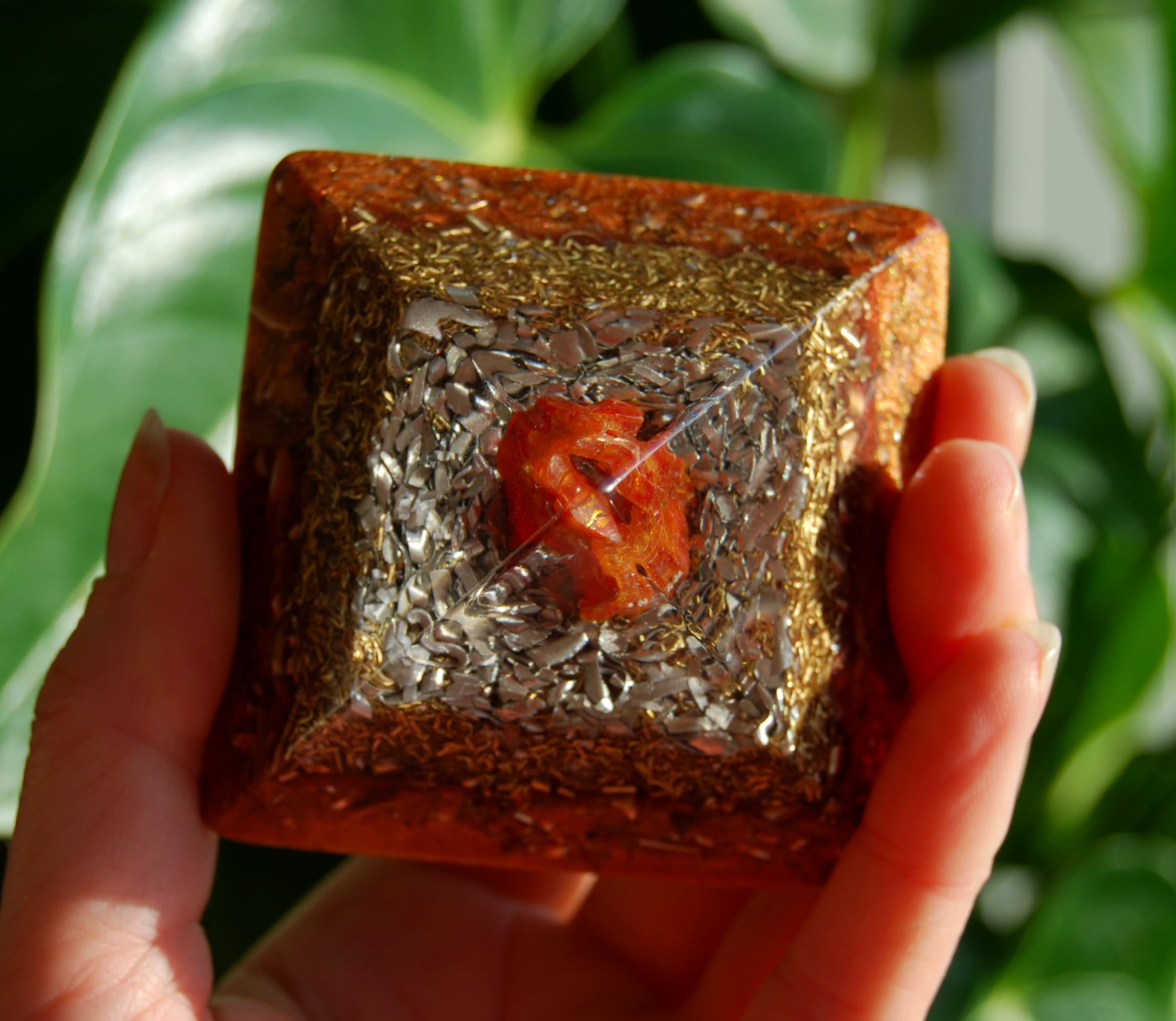 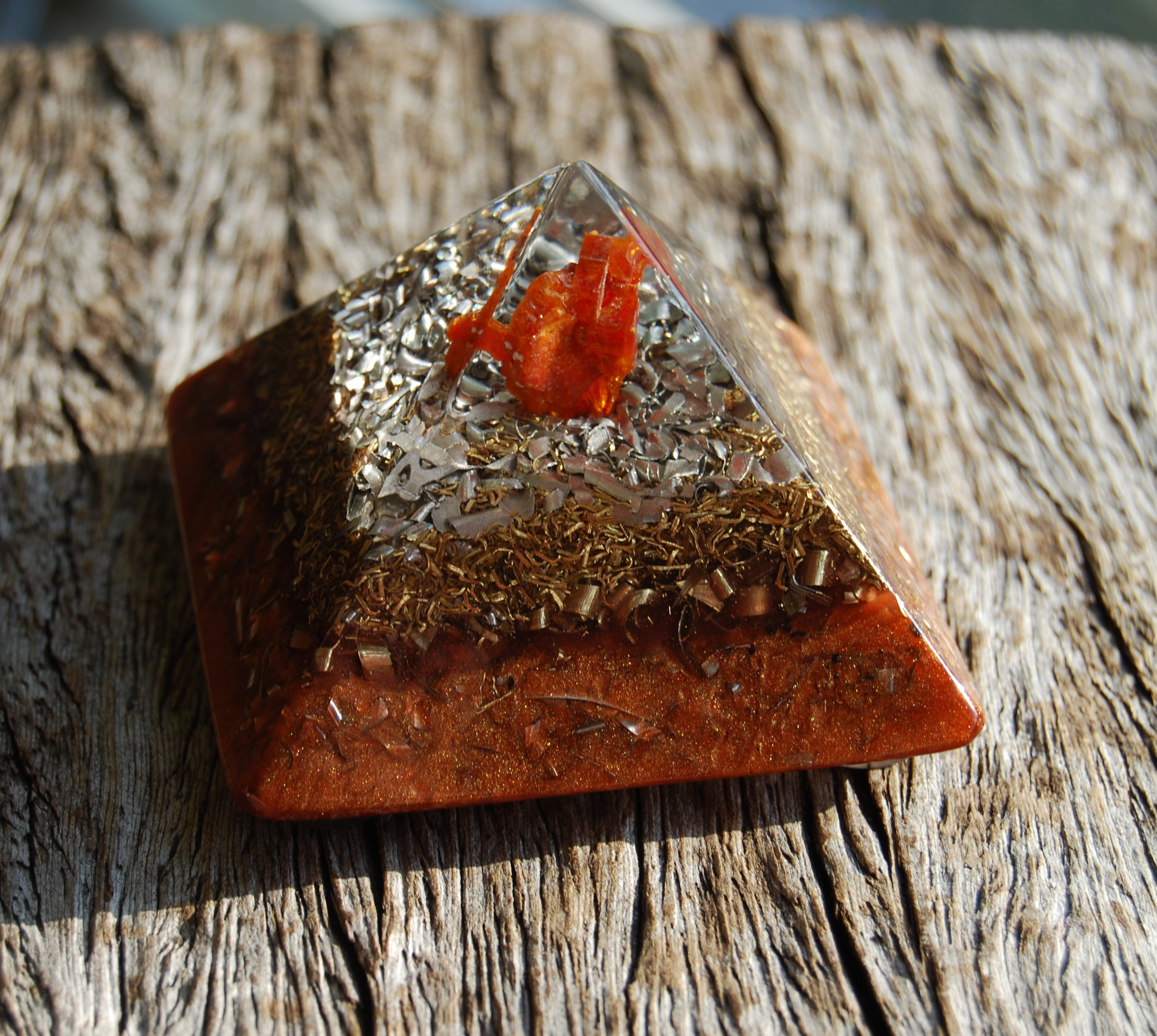 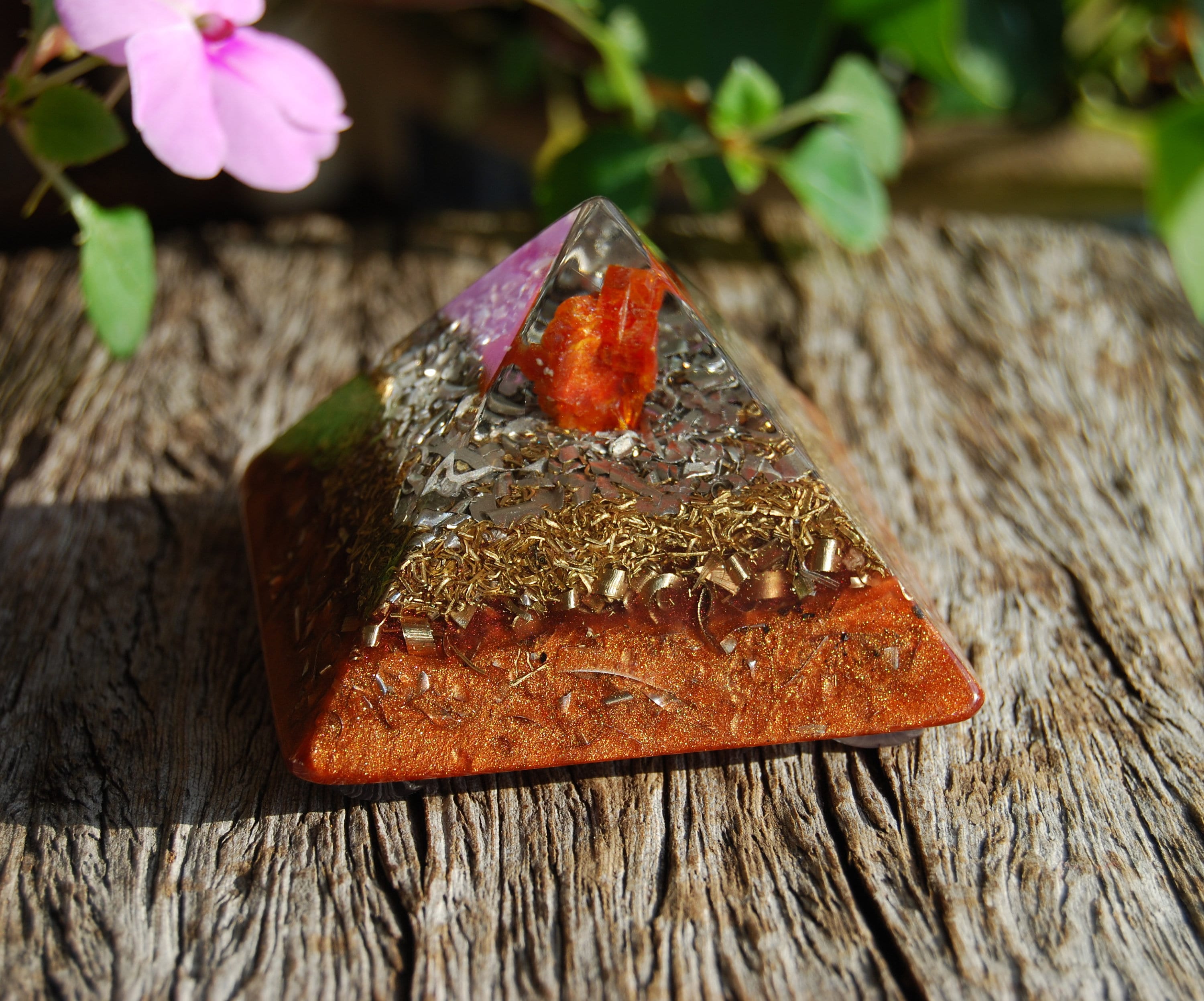 This is a unique Orgonite® pyramid with the original shape of the actual Giza pyramid in Egypt. It has a natural terminated raw Vanadinite crystal cluster in the top.

It consists of densely layered metal shavings of aluminium, bronze, copper and brass which is required to for the Orgonite® to properly work according to Wilhelm Reich's research (the more METAL Shavings, the better the Orgonite® can remove stagnant energy). Within these metal layers there are four terminated quartz crystals pointing in four directions for extended energy flow in all four directions and for piezo electric effect.