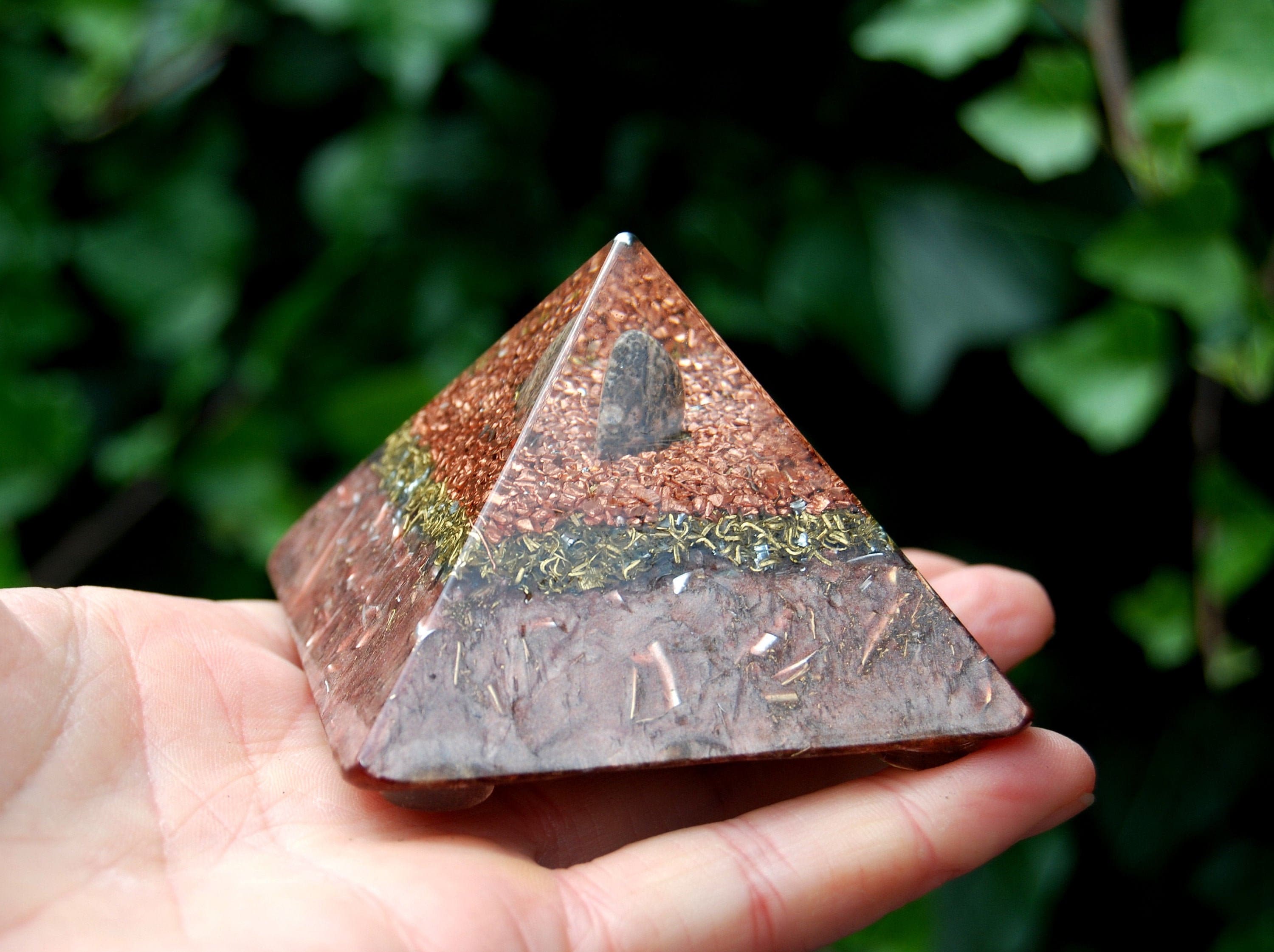 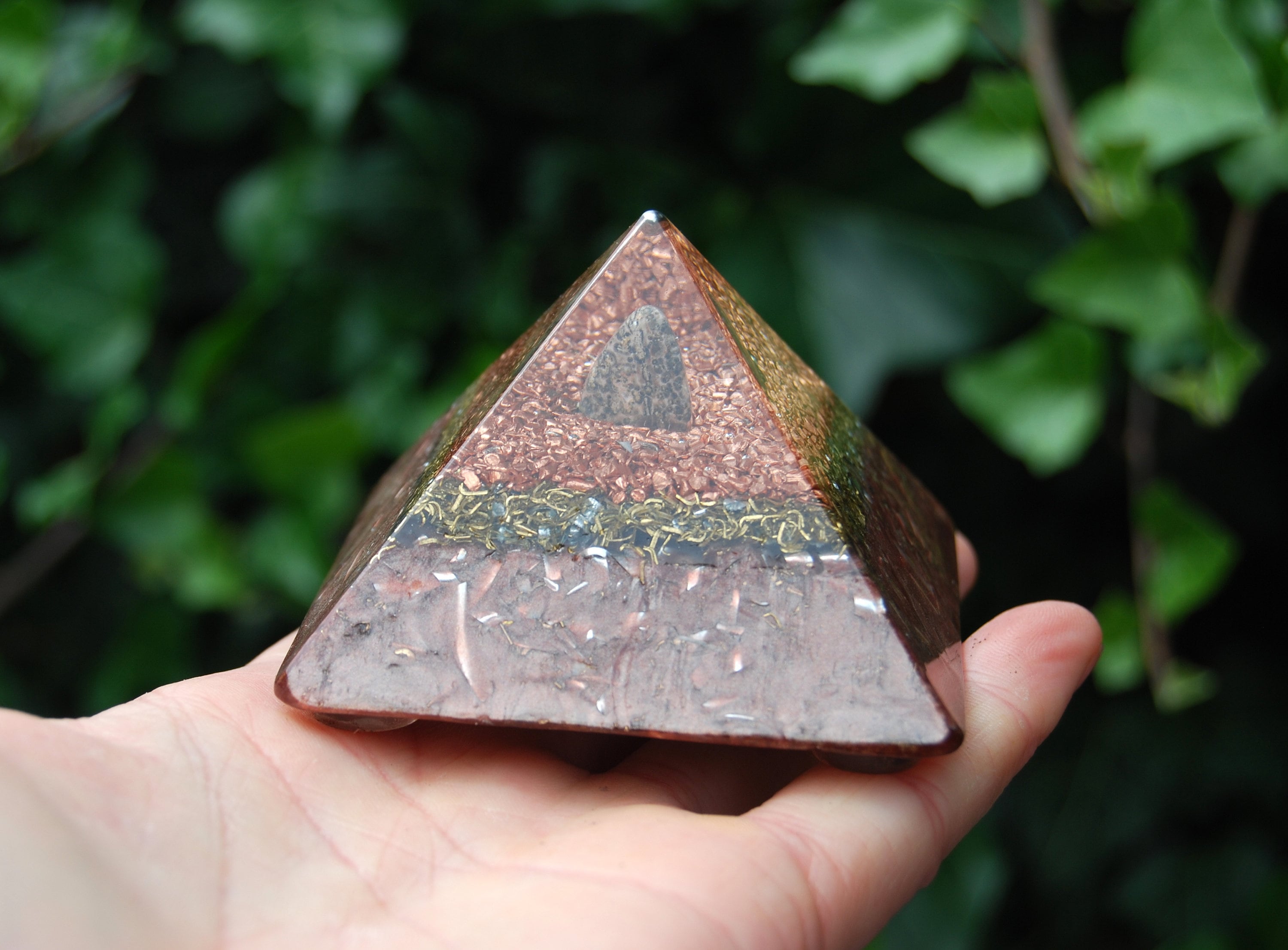 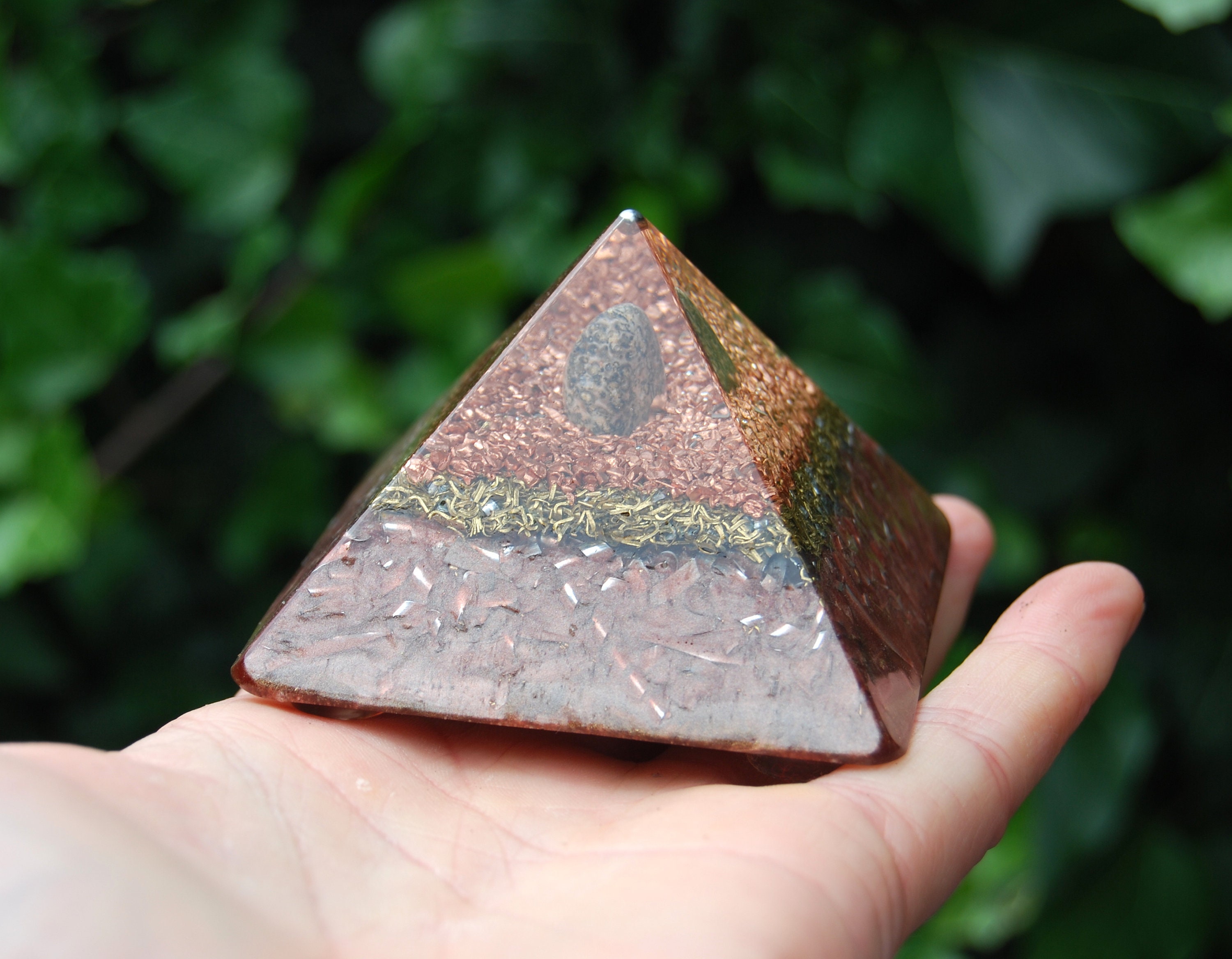 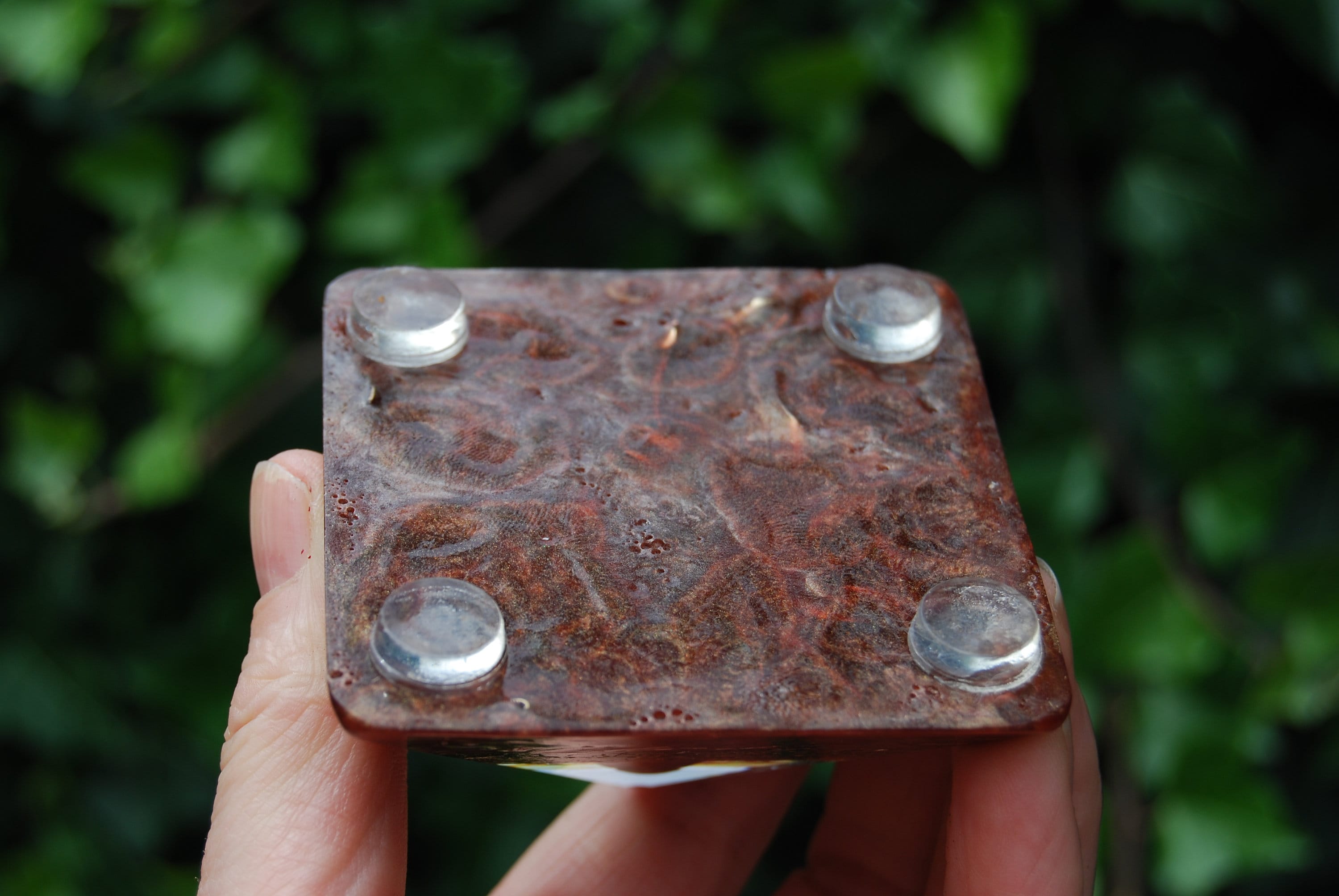 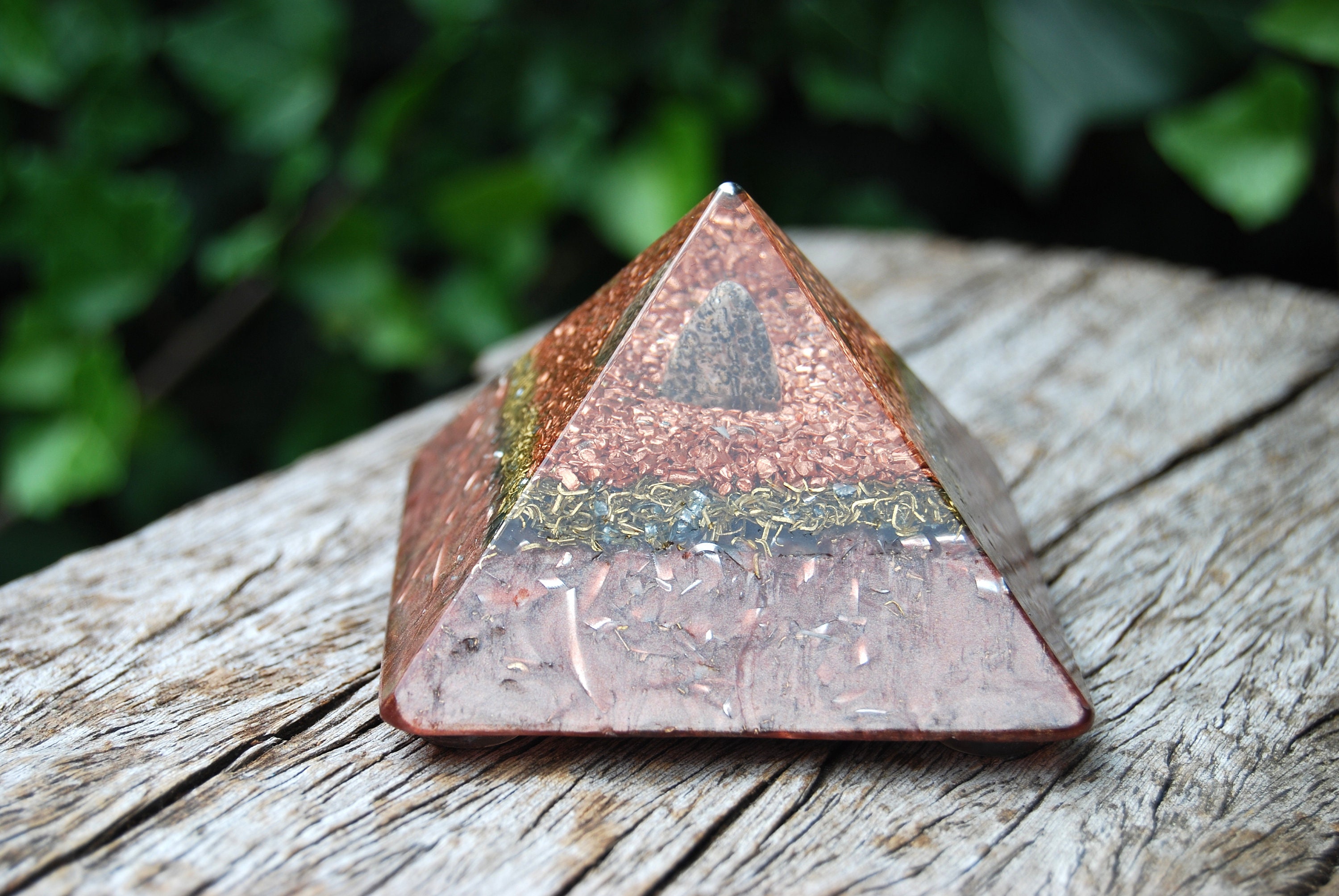 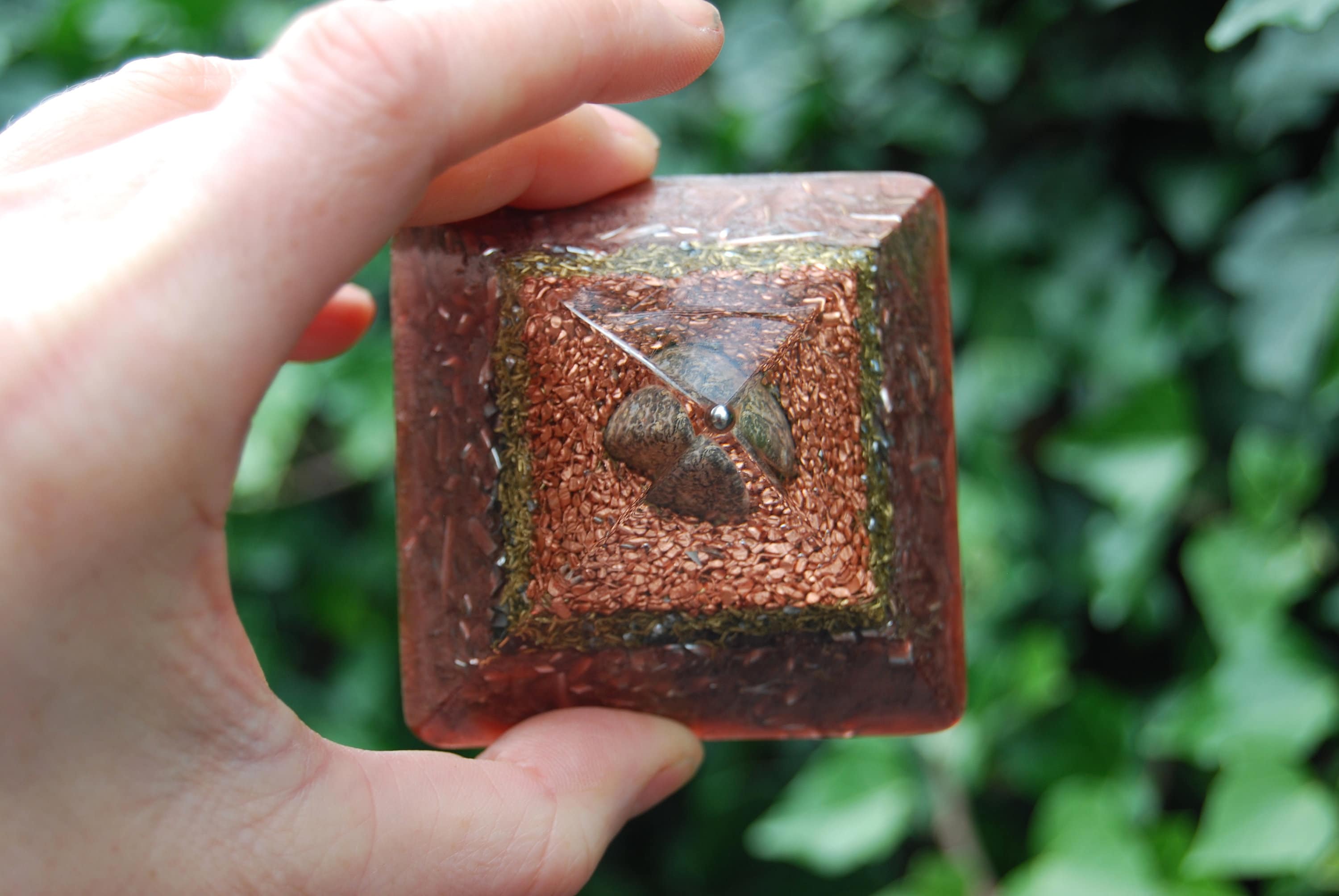 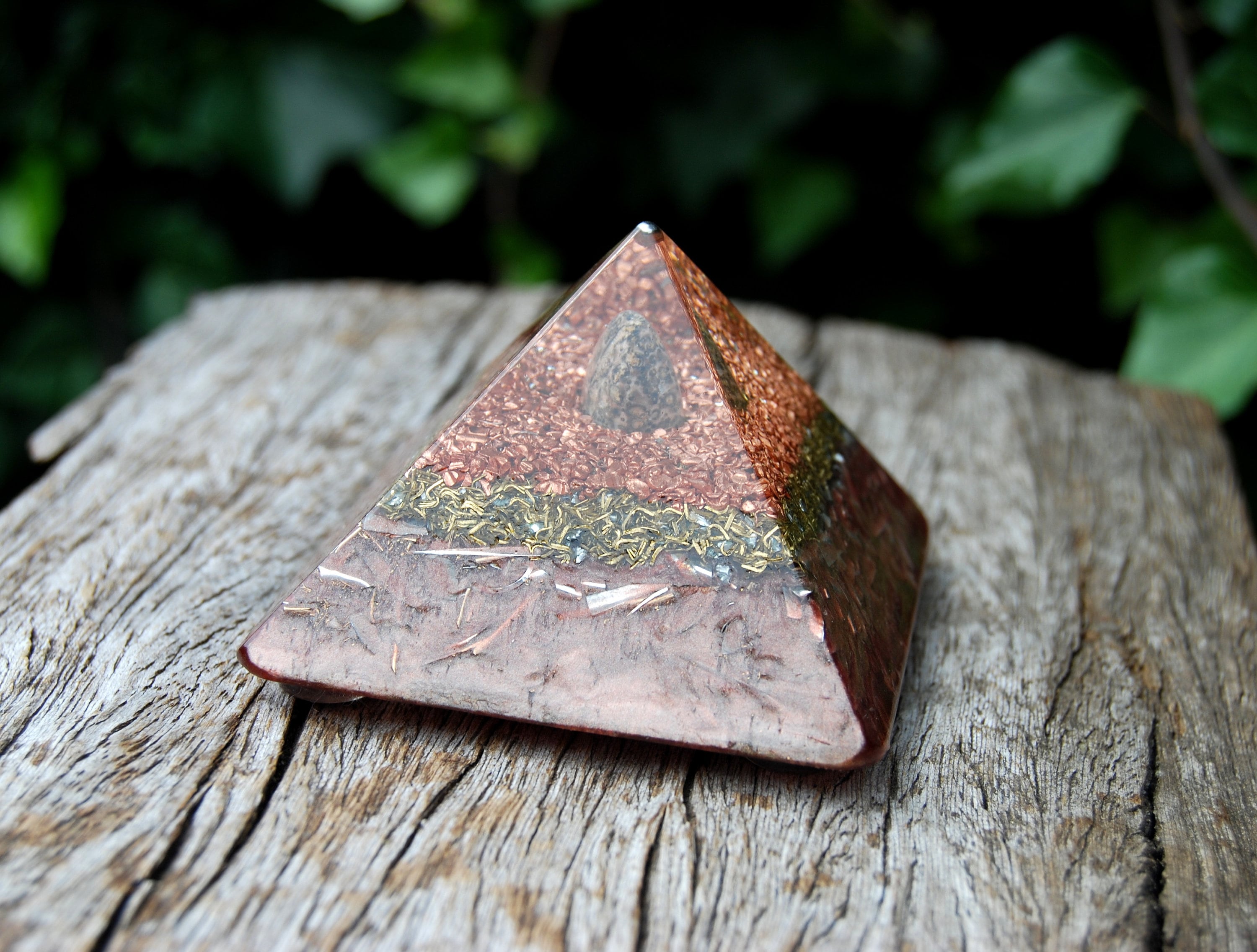 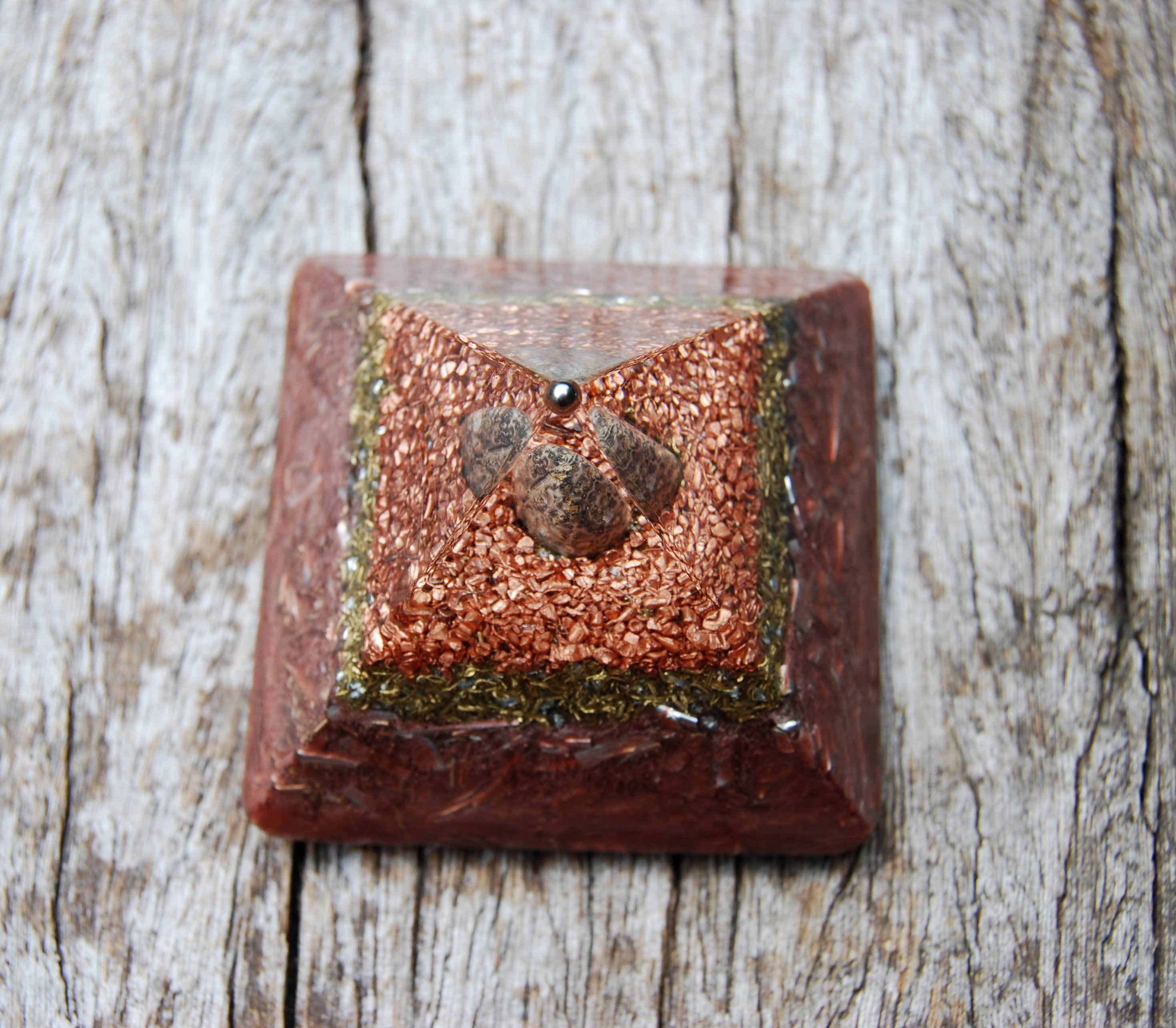 This is a unique Orgonite® pyramid with the original shape of the actual Giza pyramid in Egypt. It has one Leopard Jasper in the top and one stainless steel ball in the top which makes the energy come out in a round wide shape instead of a beam.

It consists of densely layered metal shavings of aluminium, bronze, copper and brass which is required to for the Orgonite® to properly work according to Wilhelm Reich's research (the more METAL Shavings, the better the Orgonite® can remove stagnant energy). Within these metal layers there are four terminated quartz crystals pointing in four directions for extended energy flow in all four directions and for piezo electric effect.
It is made out of durable polyester resin (so not epoxy resin which doesnt shrink) to ensure optimal shrinkage and pressure on the quartz to create the most piezo electric effect.

Leopardskin Jasper (also called Jaguar Stone) is a great stone to utilize when connecting/communicating with the animal kingdom, in both the physical and spiritual planes. Leopardskin Jasper is connected with Shamanism, helping to discover personal animal totems (power animals) and learning how to work with them. Leopardskin Jasper also aides in out of body experiences and journeying. It is a powerful protection stone.

Like all Jaspers, Leopardskin Jasper is closely associated with strength and vitality, and brings stability to those who may be experiencing chaotic energies in this incarnation. Once attuned to this stone, Leopardskin Jasper is known for attracting harmonious vibrations into one's existence, which correspond to one's direct needs, but not necessarily desires. This includes the attraction of certain circumstances and people that are conducive to one's own personal growth.