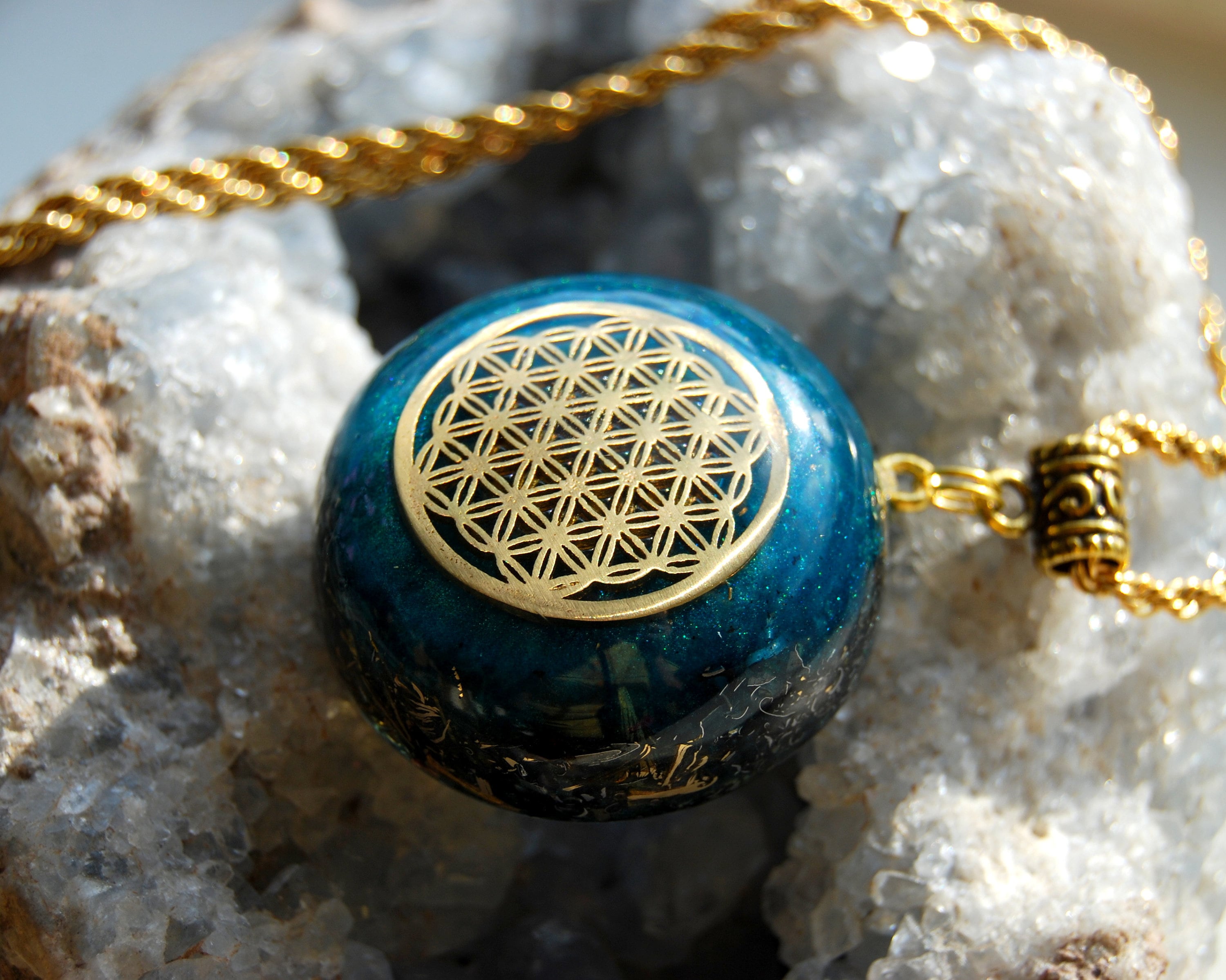 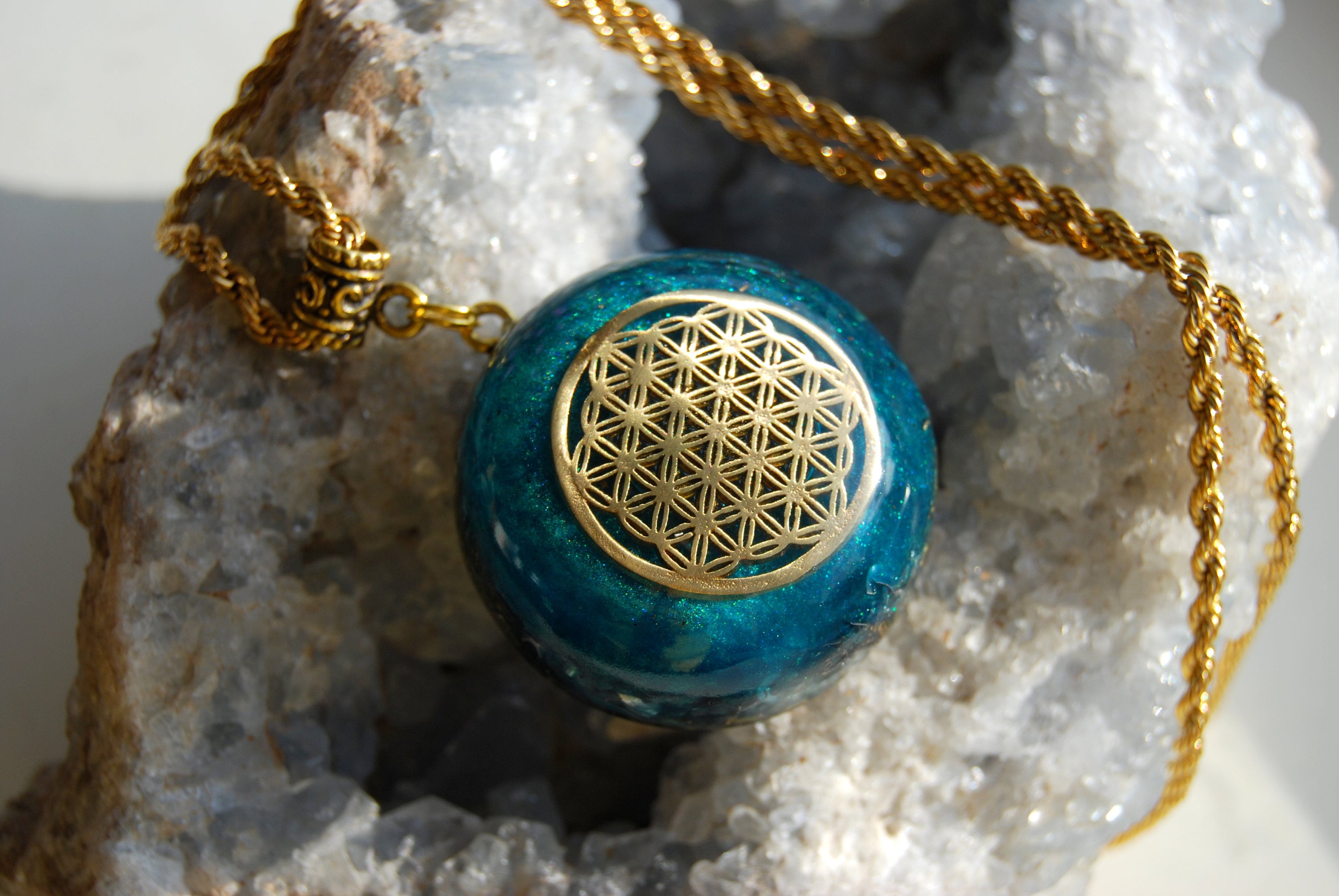 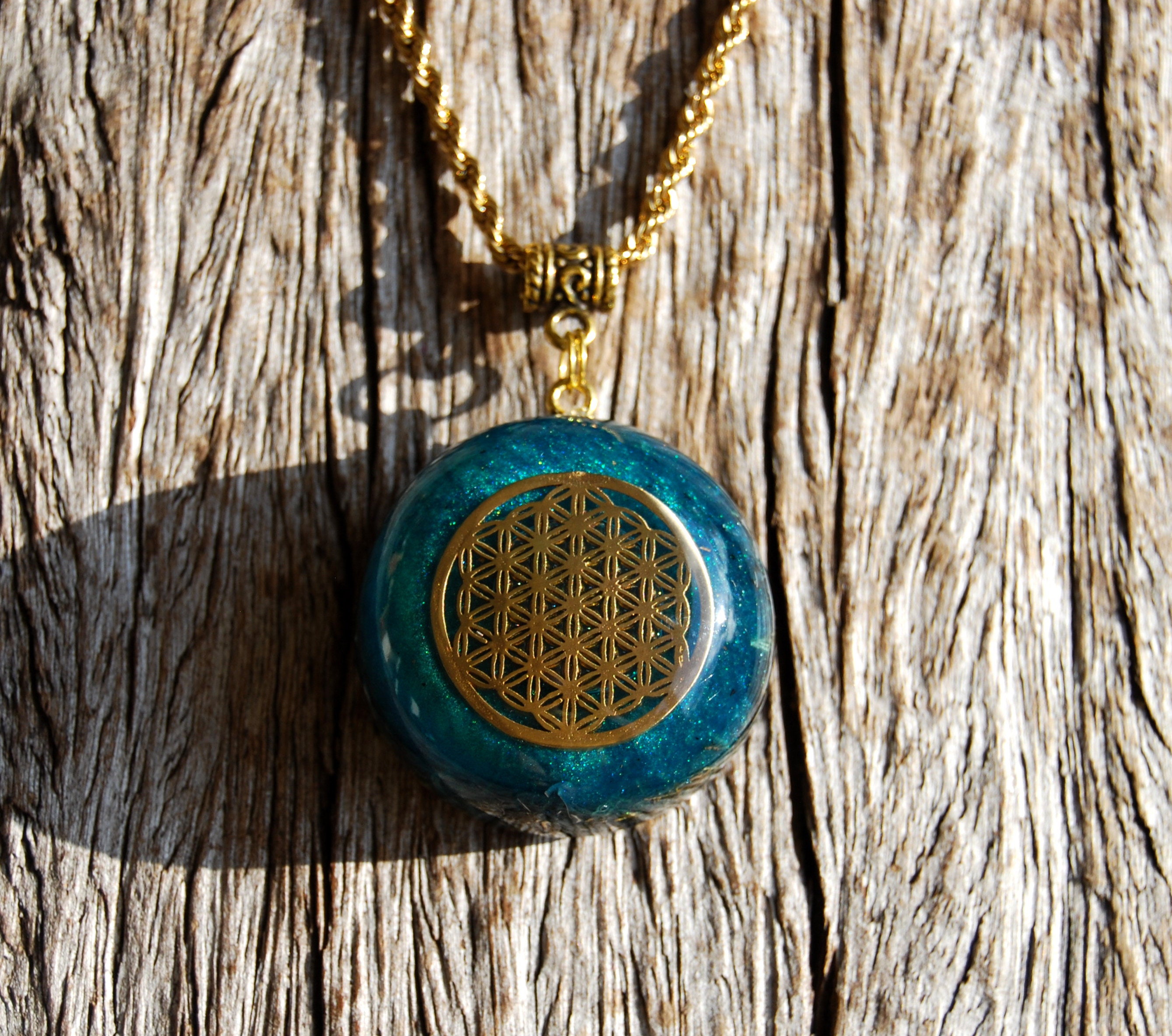 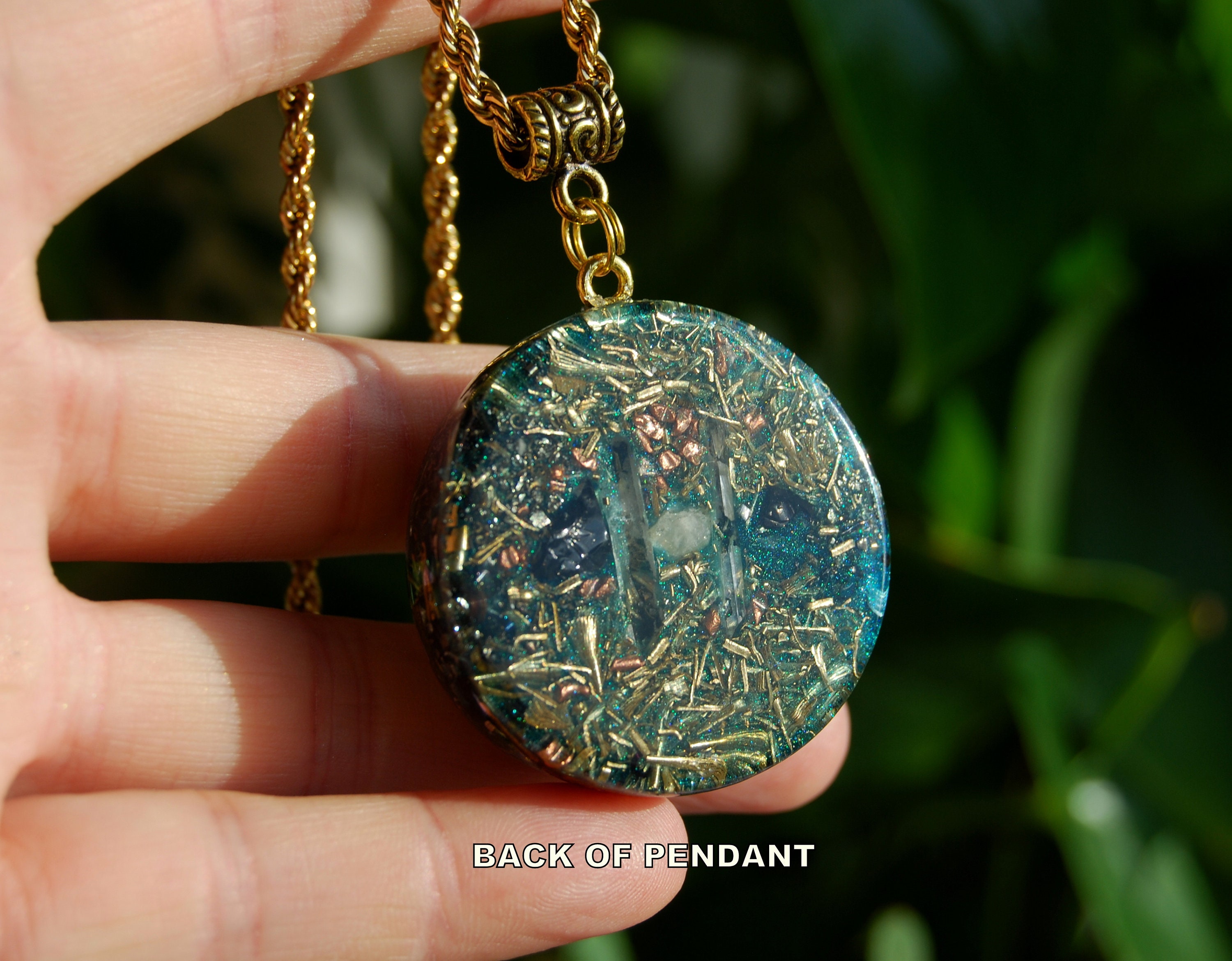 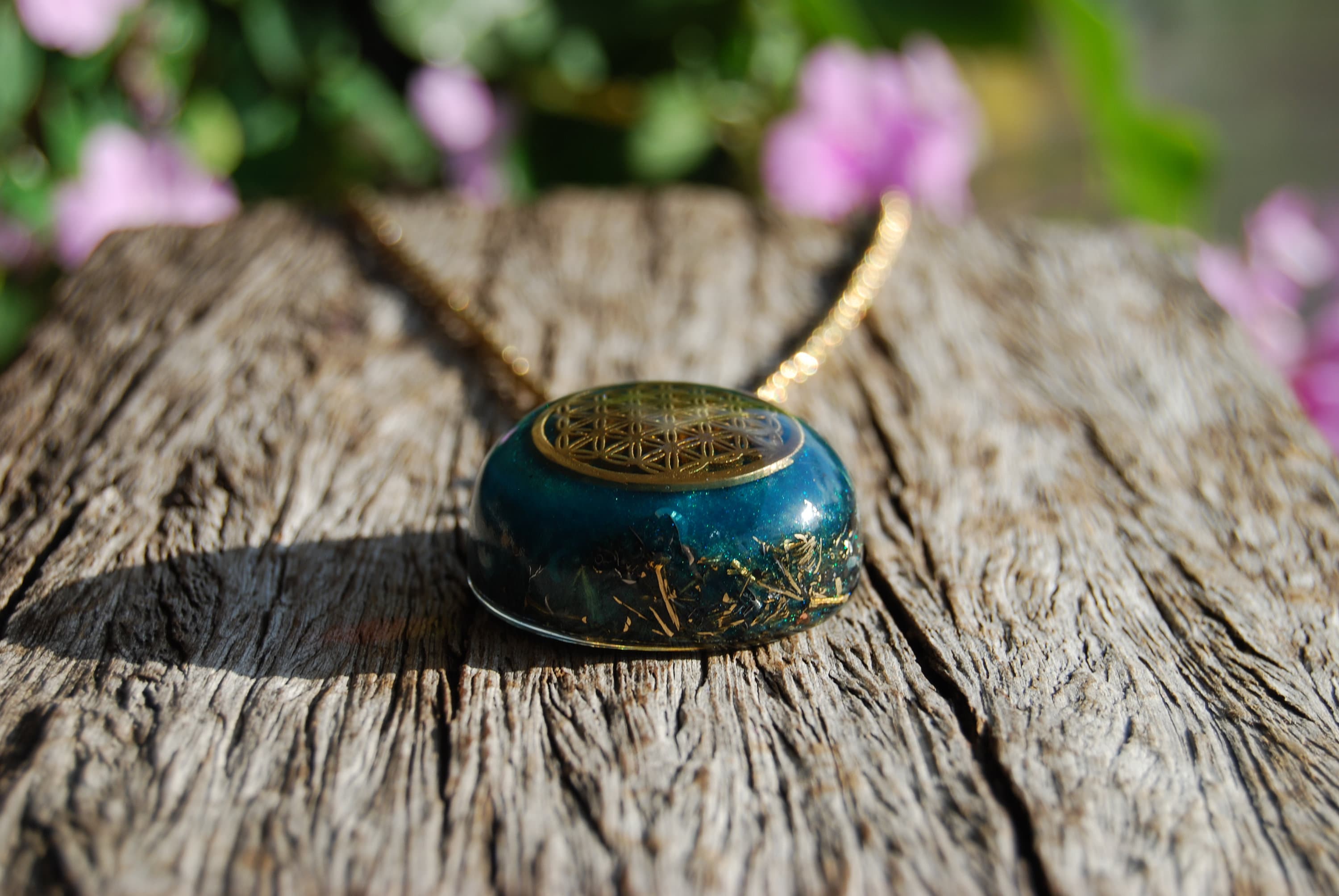 This unique 3.8 / 1.5" in diameter Orgonite® pendant contains aluminium, brass, bronze and copper shavings. . It consists of Pyrite (to enhance and protect), black Tourmaline (to protect and ground excess energy), Elite Shungite (protection), Rhodizite (to enhance) and clear quartz (for piezo-electric effect) all within a durable resin setting.

It has a Flower of Life pattern with an Aum symbol in the front. It consists of lots of metal shavings which is required for the pendant to properly clear stagnant energy according to Wilhelm Reich's research.

The flower of life is a geometrical shape composed of multiple evenly-spaced, overlapping circles arranged in a flower like pattern with six fold symmetry like a hexagon. The perfect form, proportion and harmony of the FOL has been known to philosophers, architects and artist around the world.


It consists of lots of metal shavings which is required for the pendant to properly clear stagnant energy according to Wilhelm Reich's research.


The primary feature of Rhodizite crystals is that they are amplifiers of energy, as they hold Solar power. You can hold a Rhodizite and another crystal together, and the second crystal's energy is vastly multiplied, without changing the inherent properties of that crystal. Rhodizites can also very quickly clear and align all chakras, and activate primarily the higher chakras--third eye, crown, and transpersonal. They also have a profound effect on clearing the Heart, and working on the Solar Plexus, to provide empowerment and manifestation of Will.