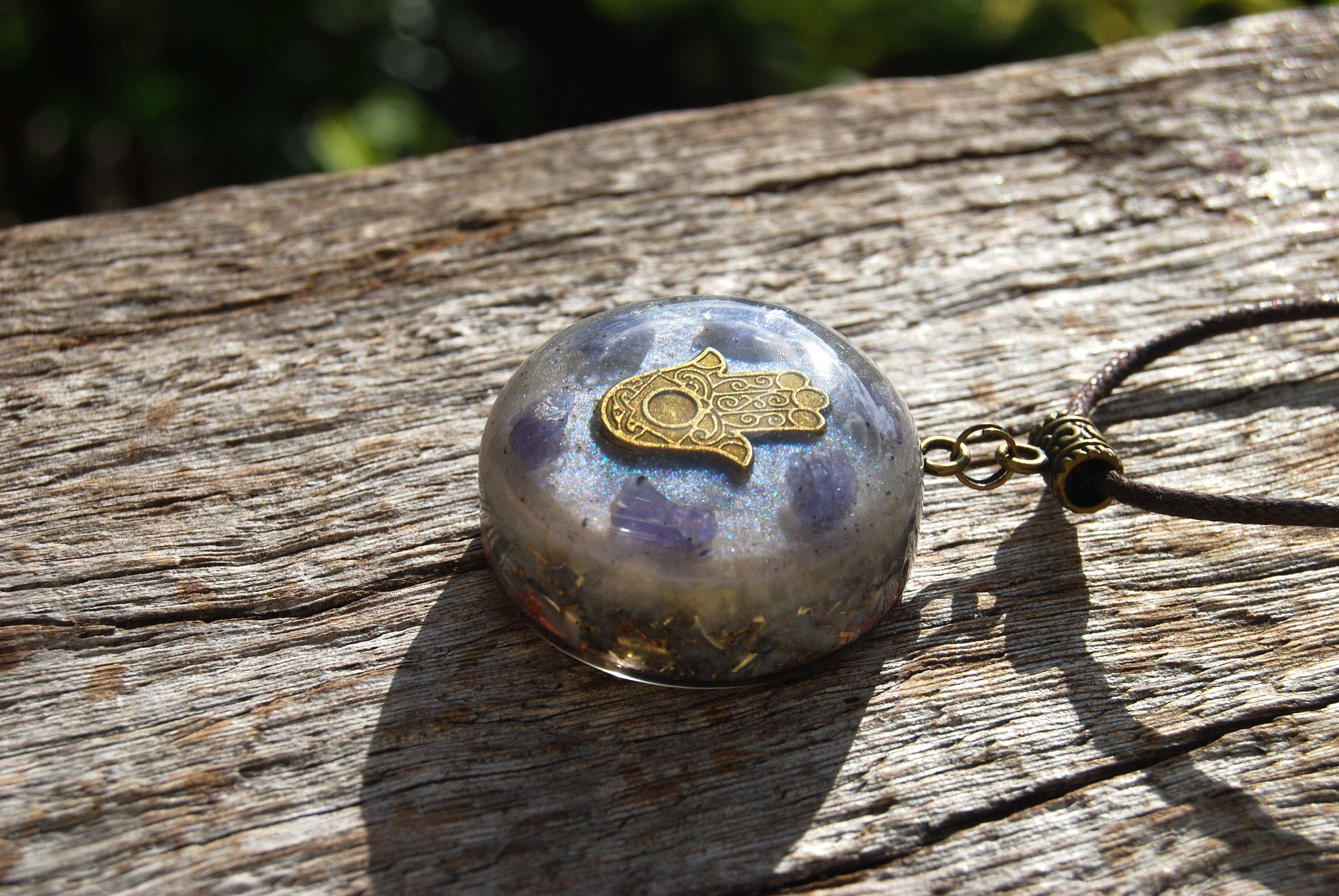 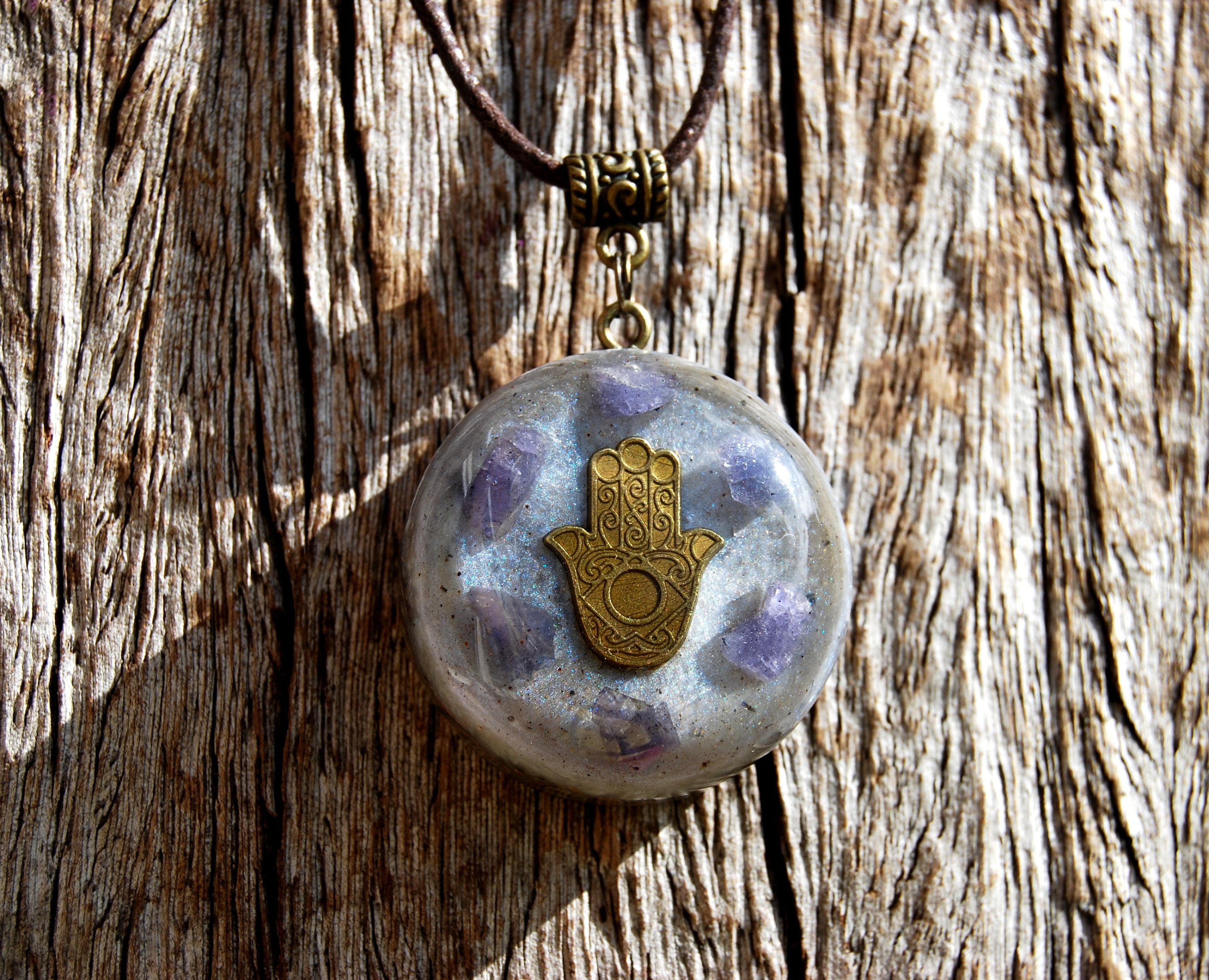 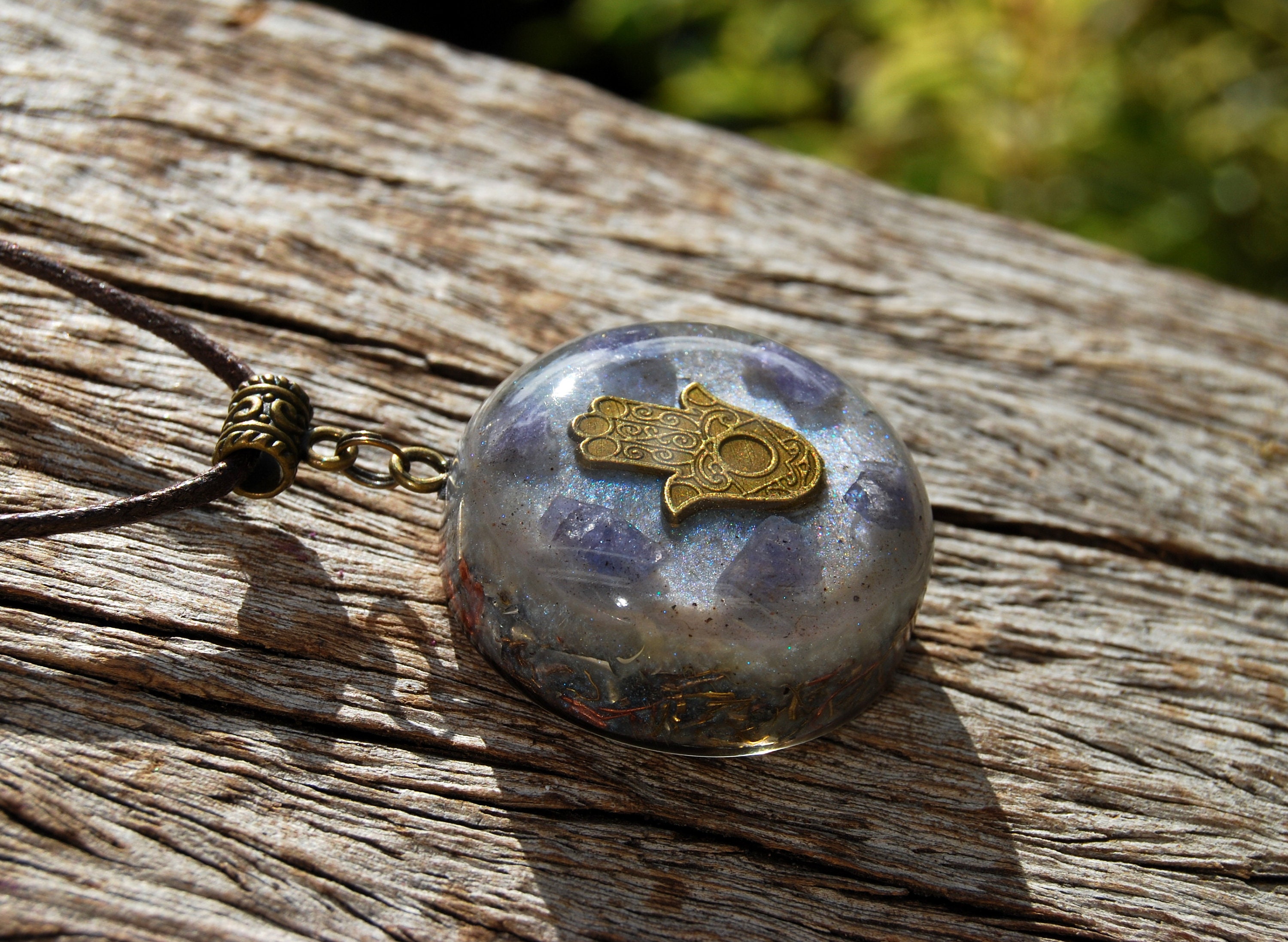 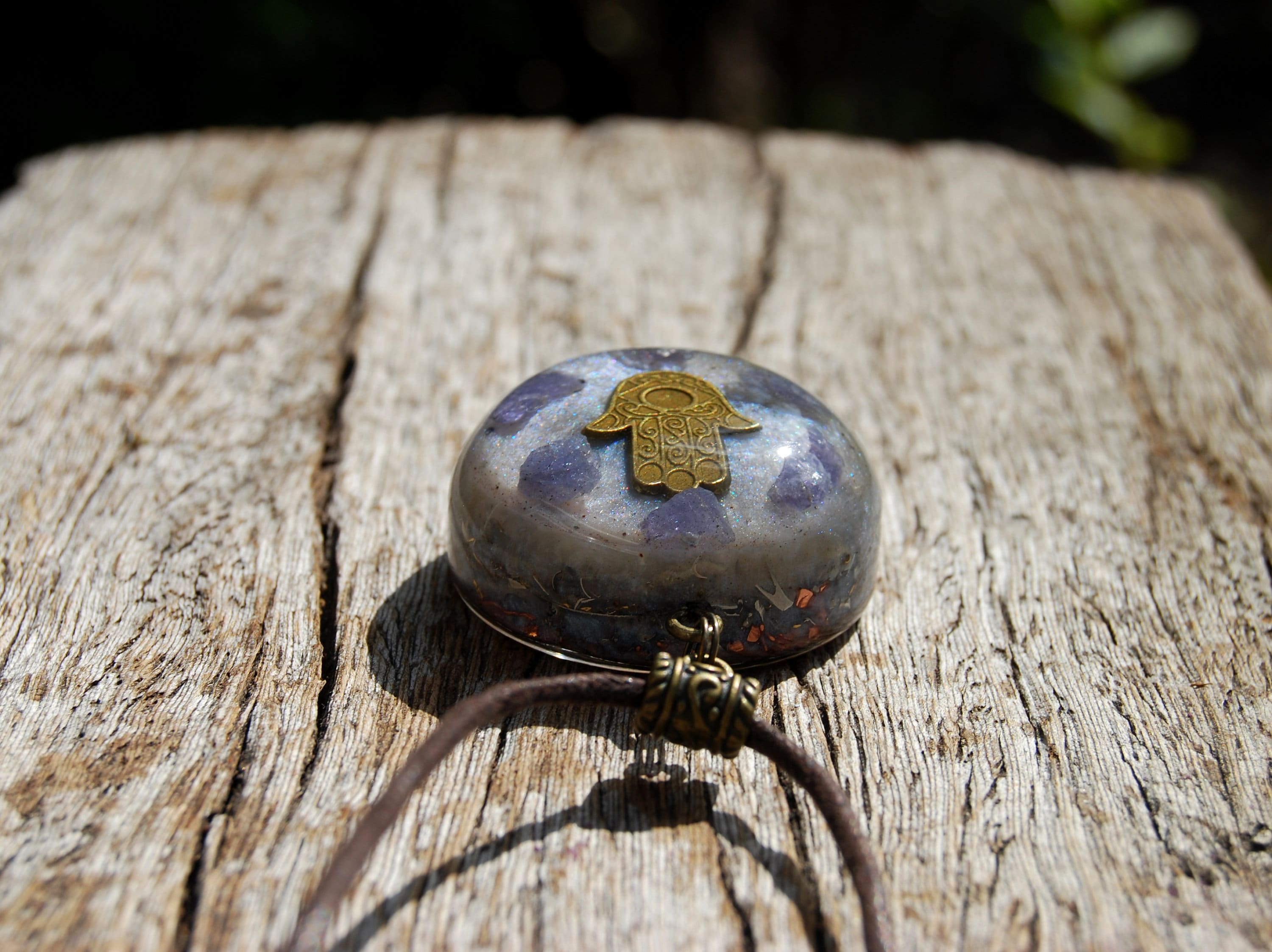 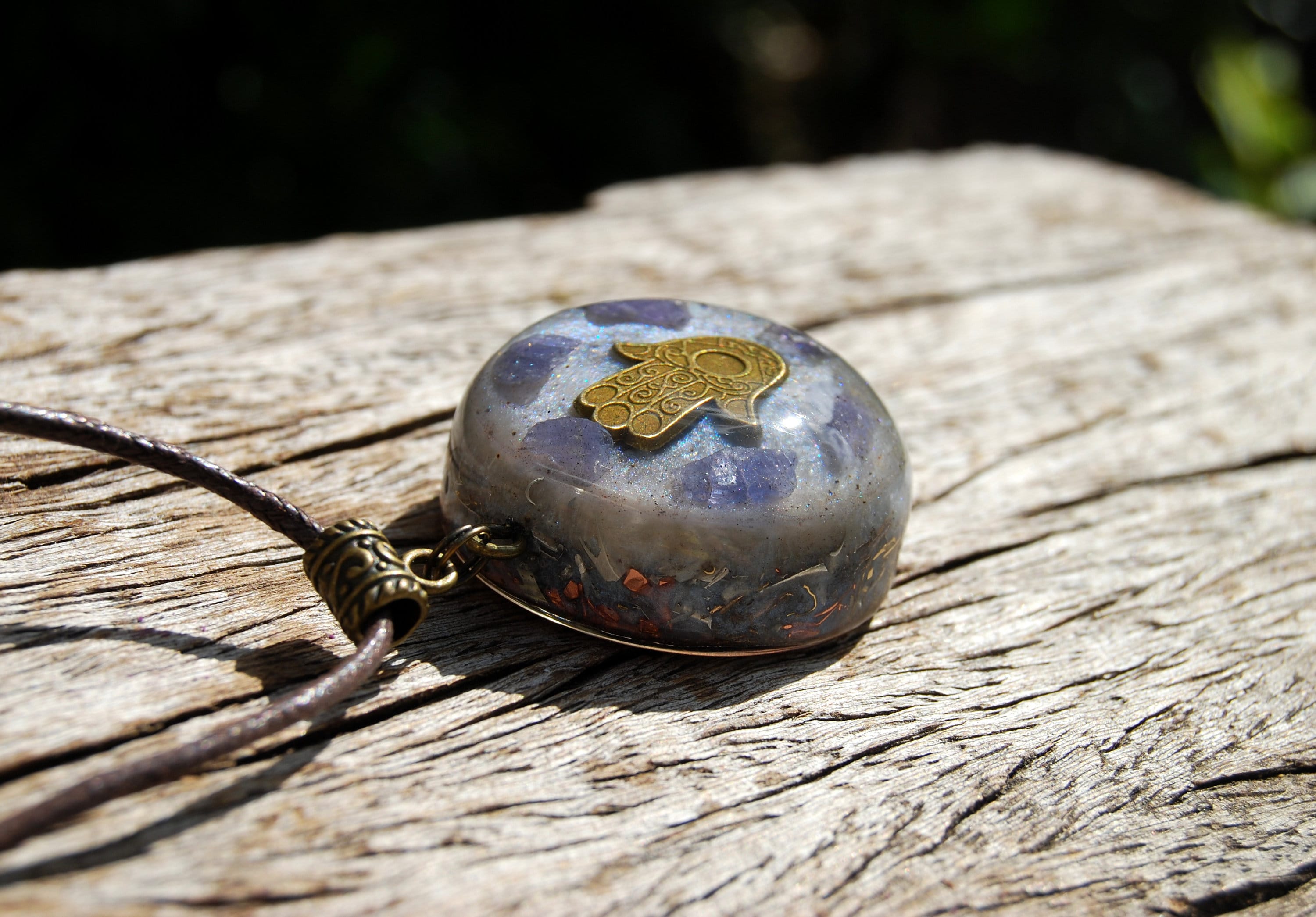 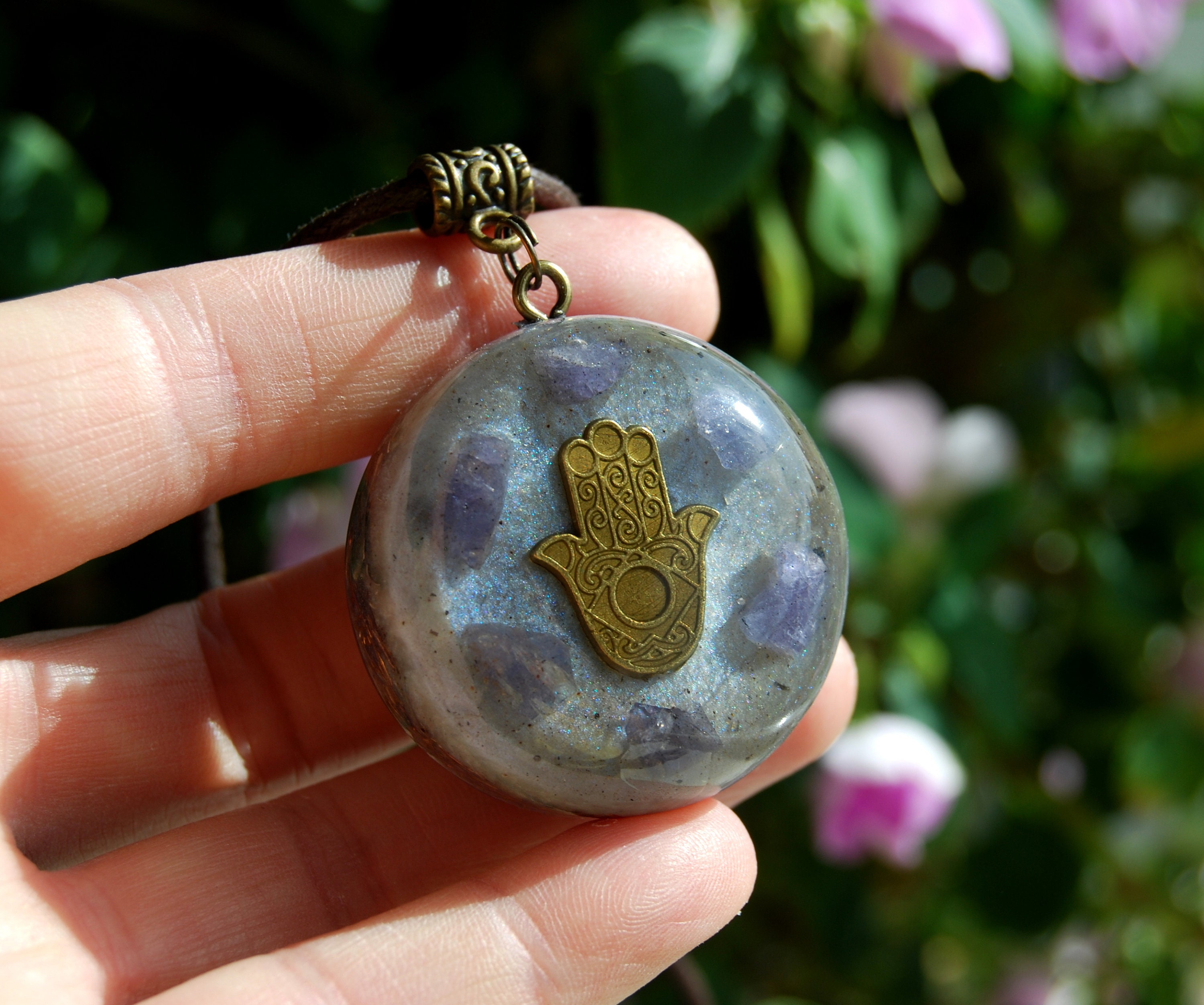 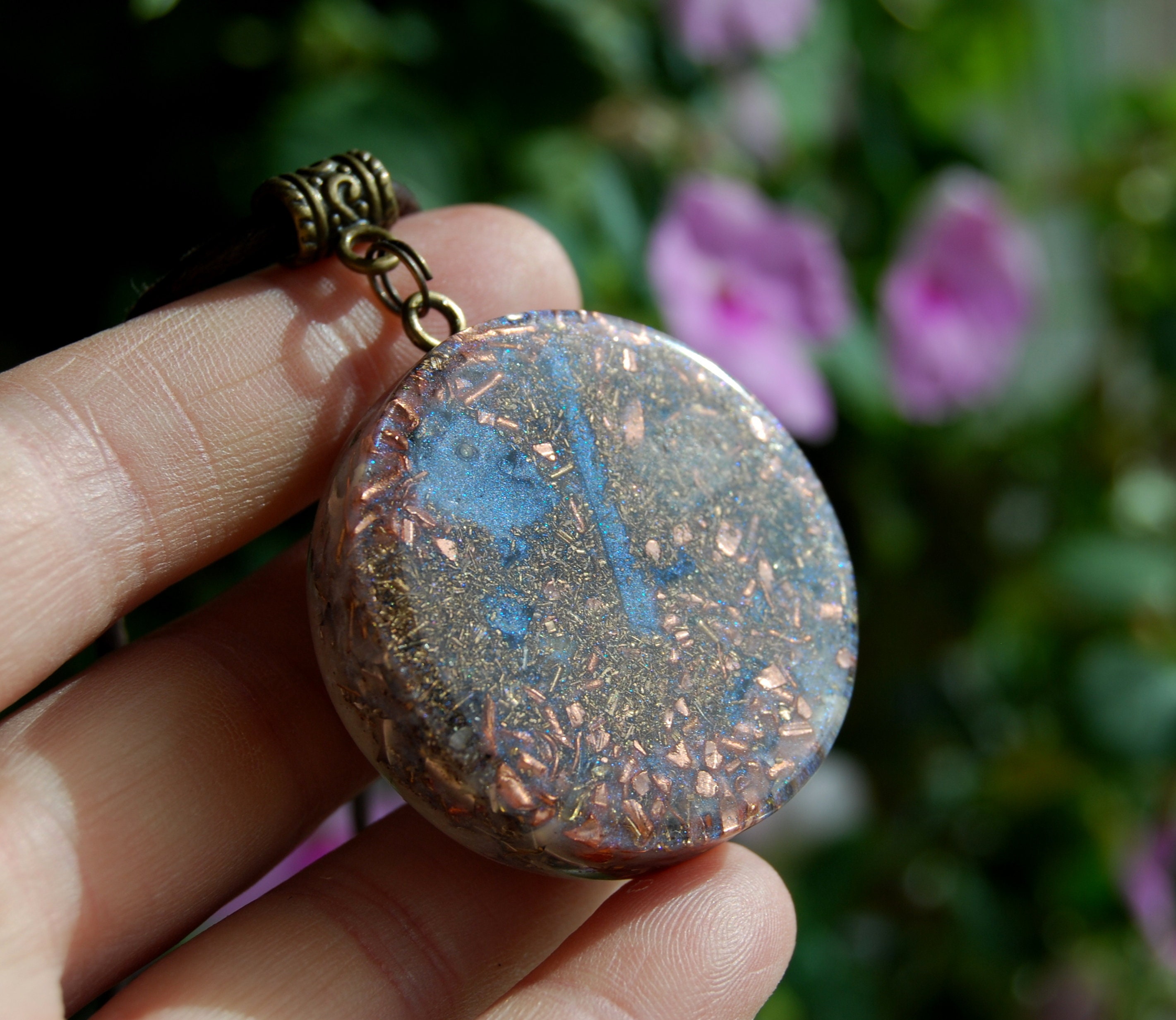 The pendant is made with a lot of metal shavings which is required to properly clean stagnant energy according to Wilhelm Reich's research.

On the front of the pendant is a Hamsa Hand (Hand of Mary) symbol.

✋👉 The Hamsa Hand Meaning 👈 ✋
The Hamsa is an very well known symbol used in many countries around the world for the past 1800 years. It even predates Christianity, Islam, and Judaism. The wearer of the hamsa hand can wear it facing up or down and it is believed to give the owner success, harmony, and protection from the “Ayin Ha’ra,” also known as The Evil Eye.

A quite beautiful, delicately tinted stone, Tanzanite will no longer be available when the major mines in Tanzania are depleted, and they are nearly exhausted already.

It comes on an adjustable strong cotton cord - adjustable up to 25 inches / 64 cm.

Beautiful piece Wifey loves it!! Def be back!! Much love!!