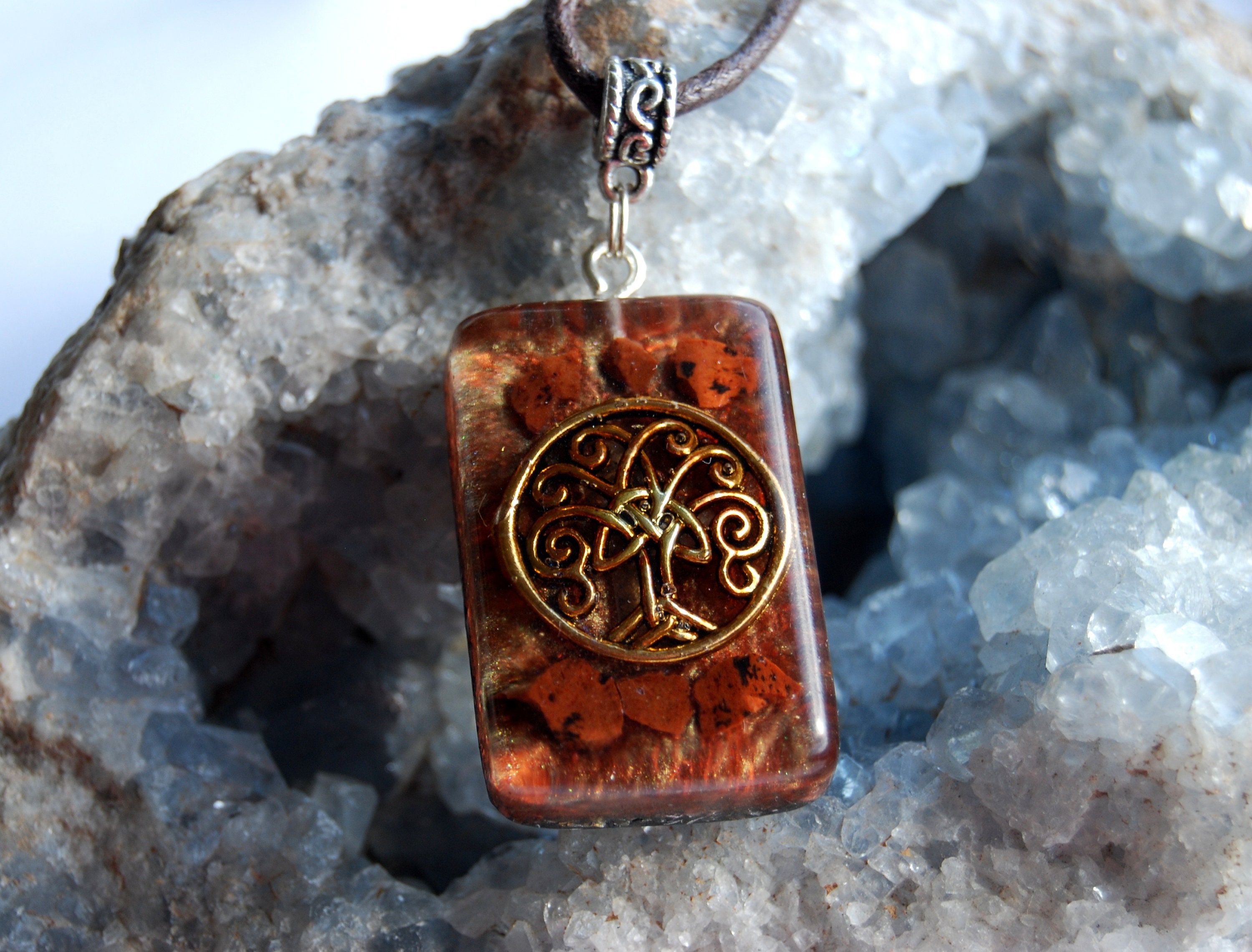 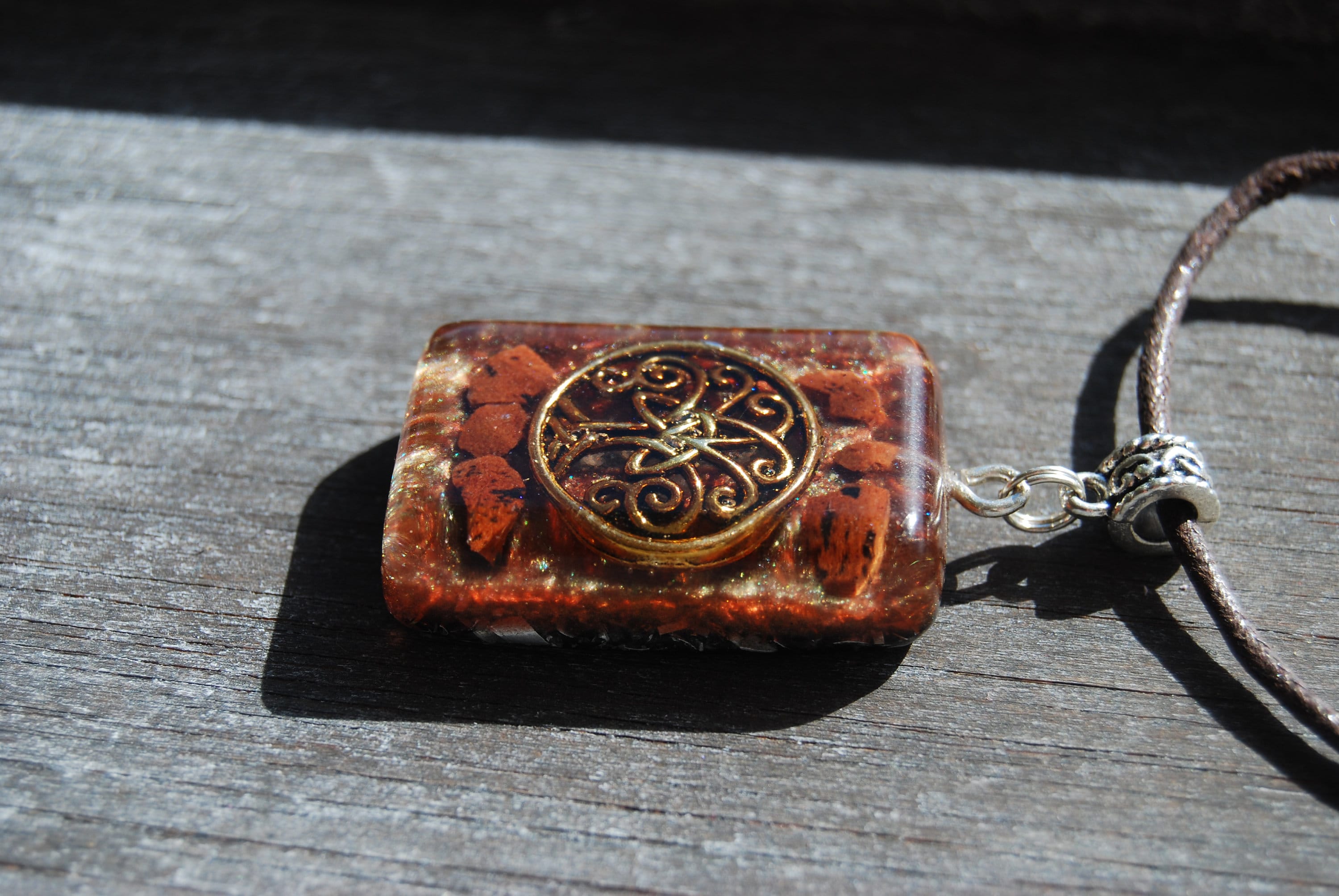 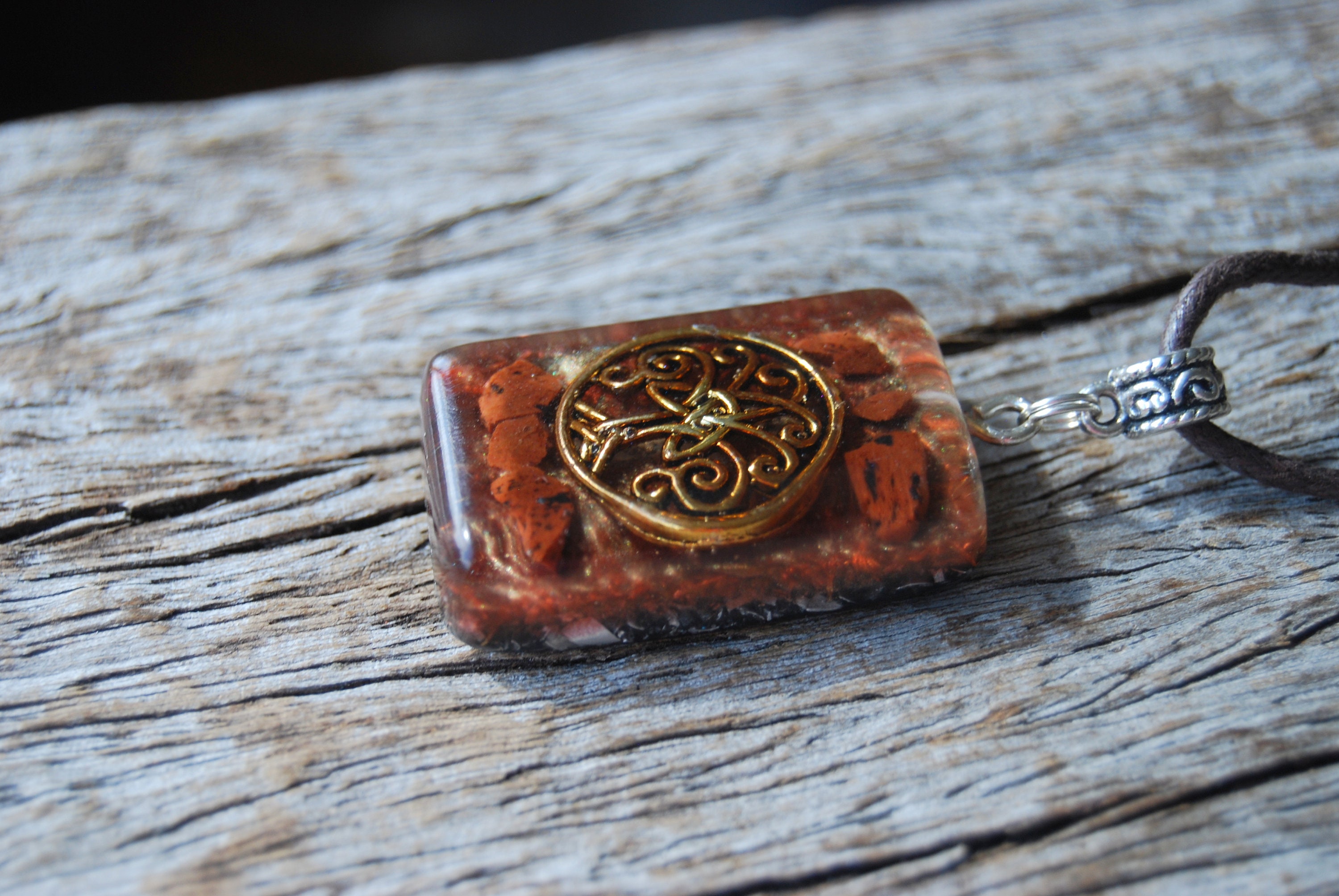 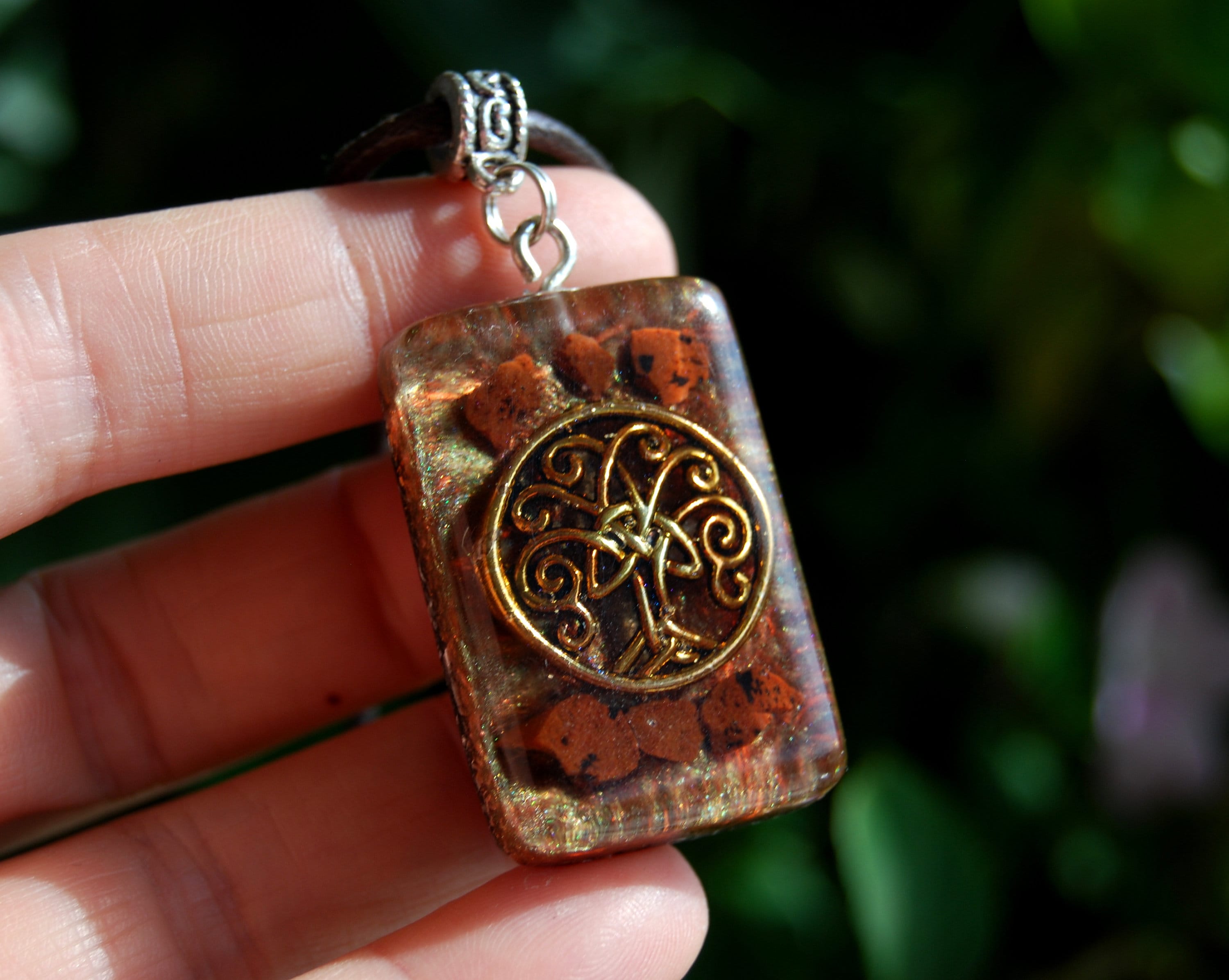 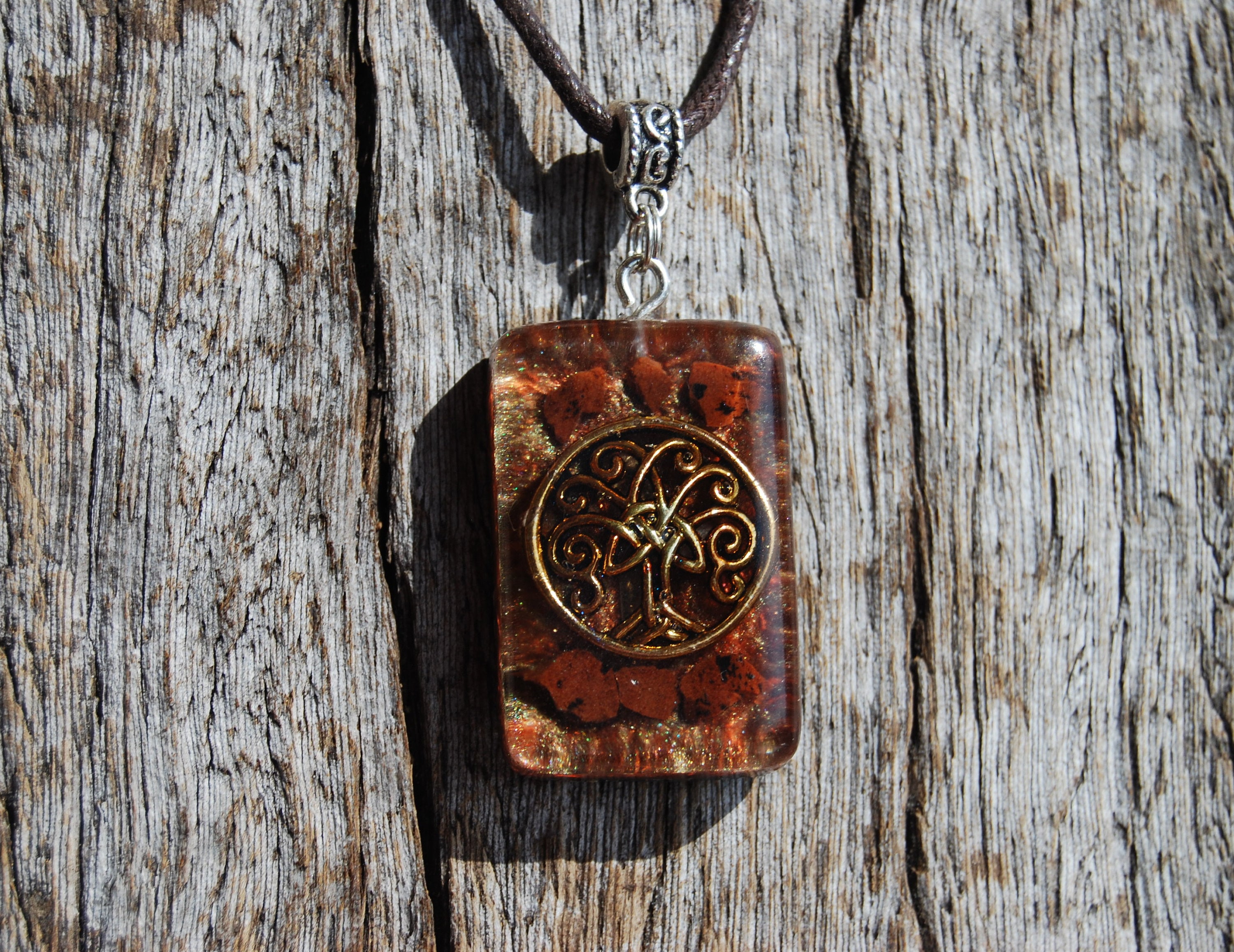 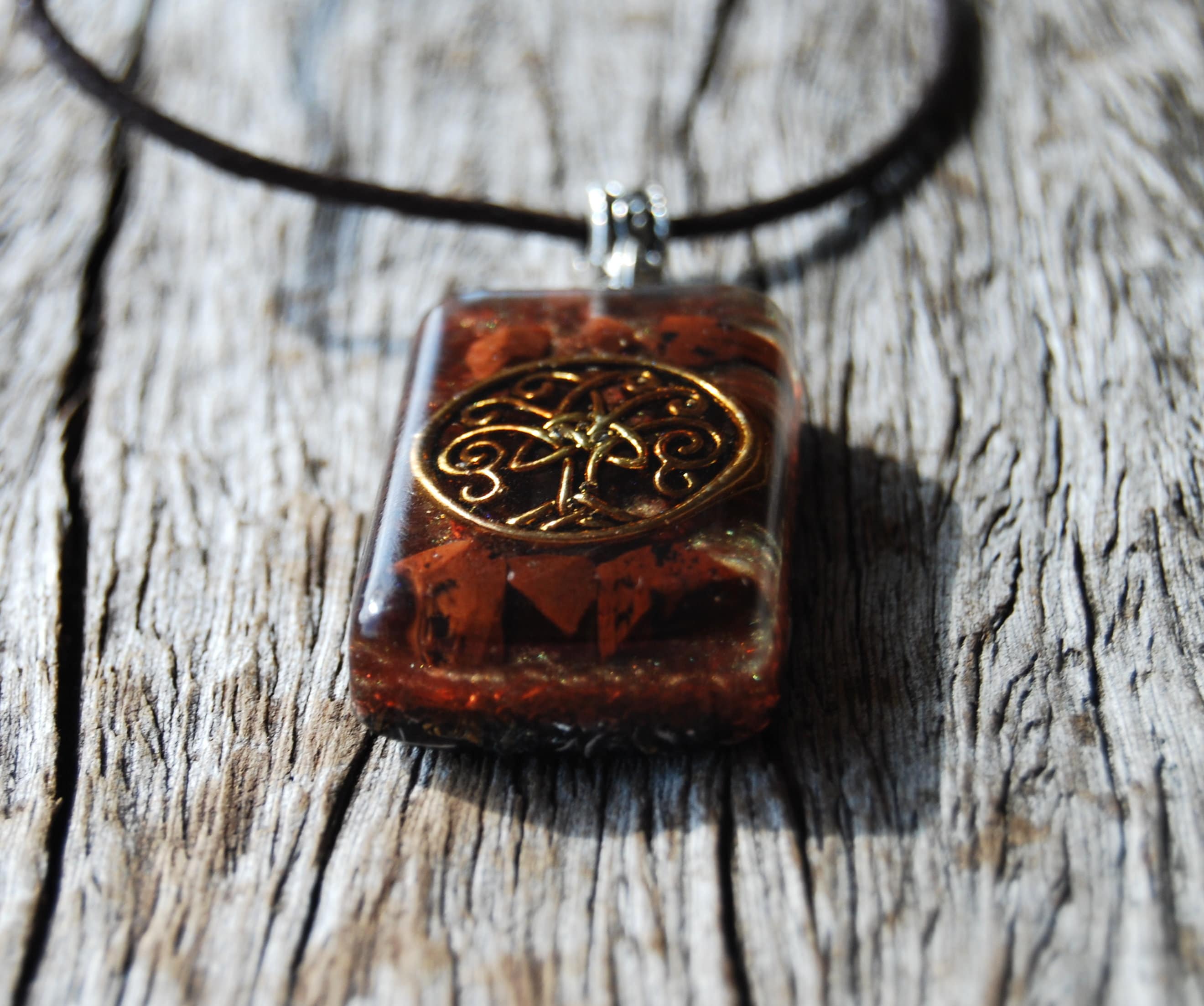 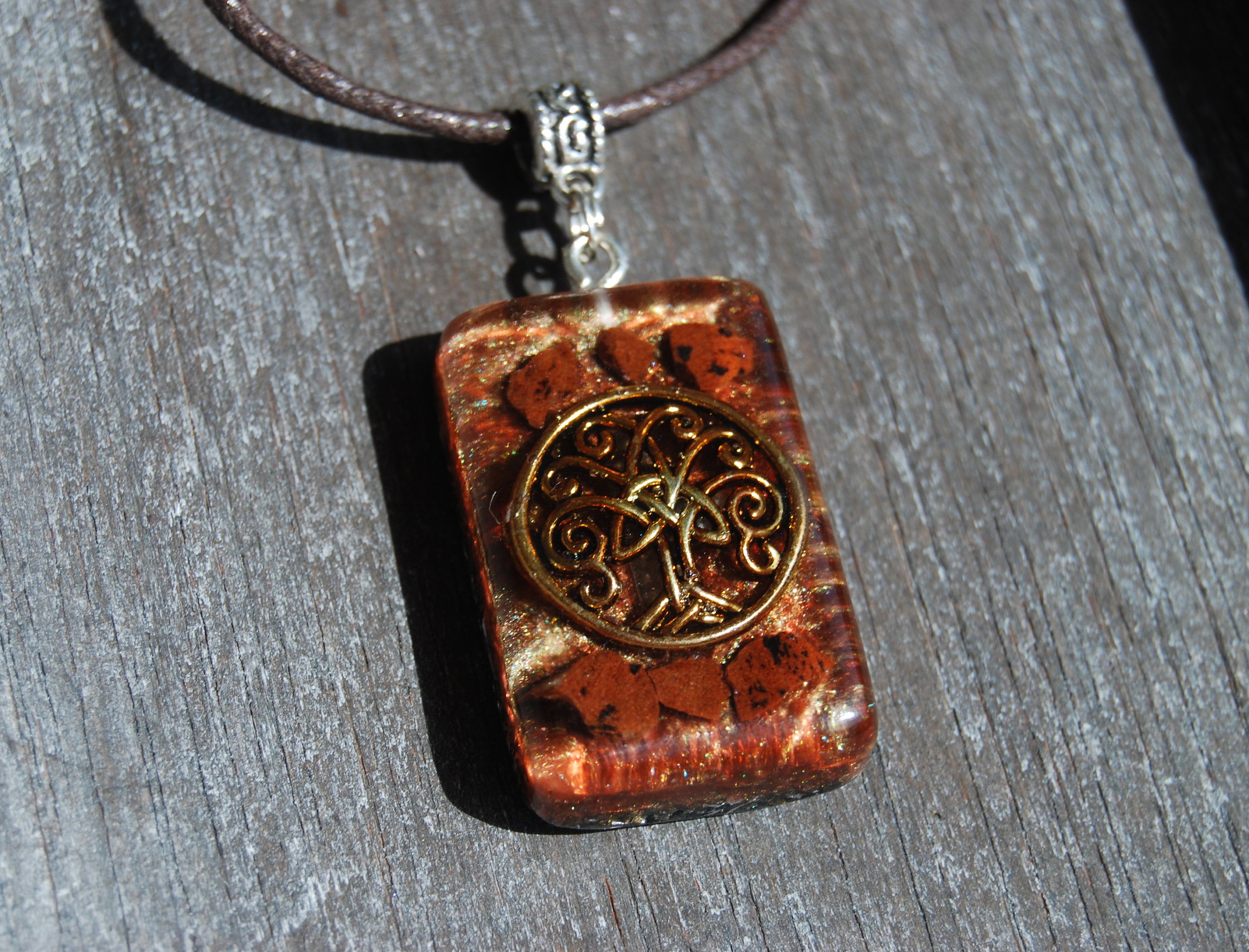 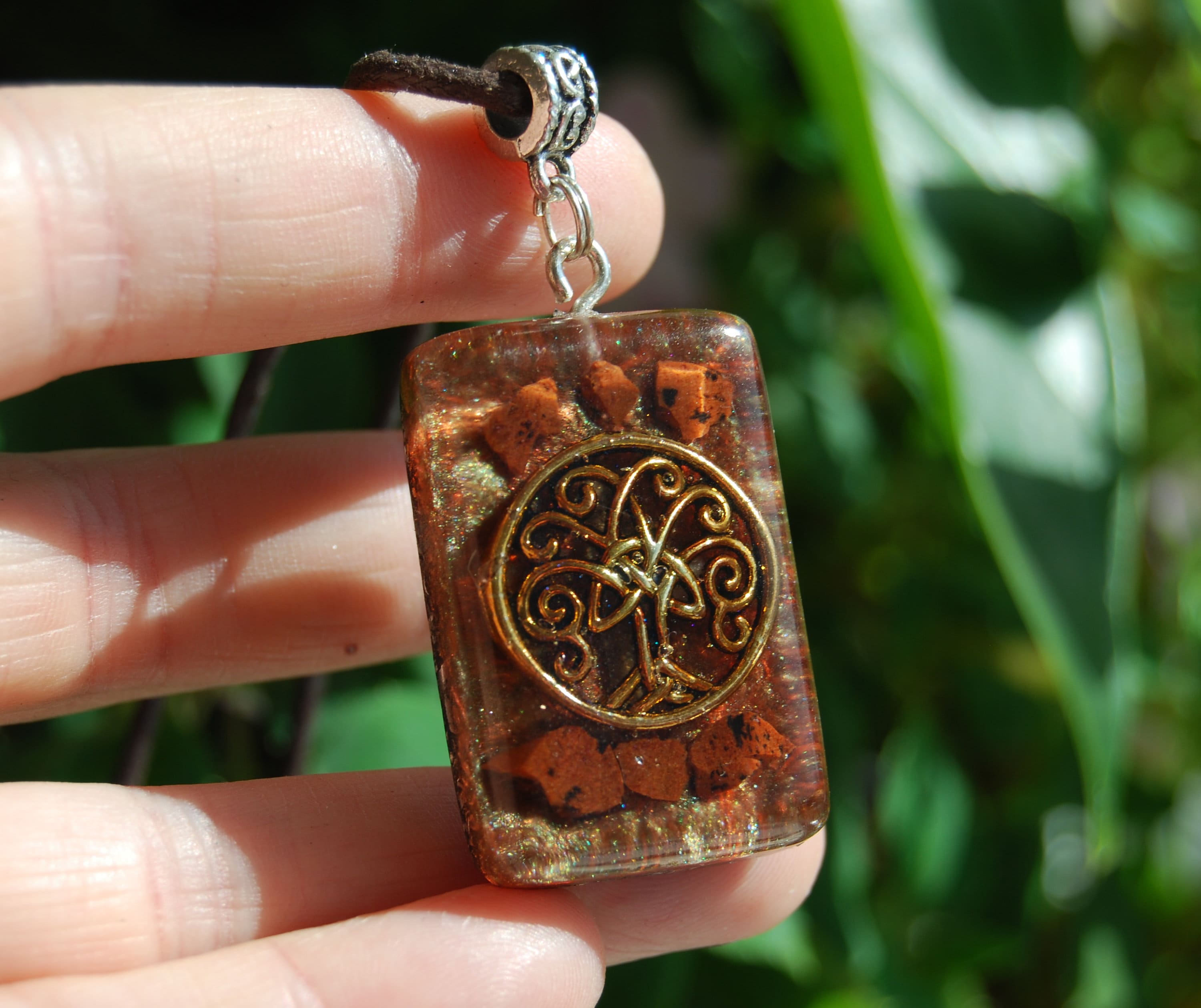 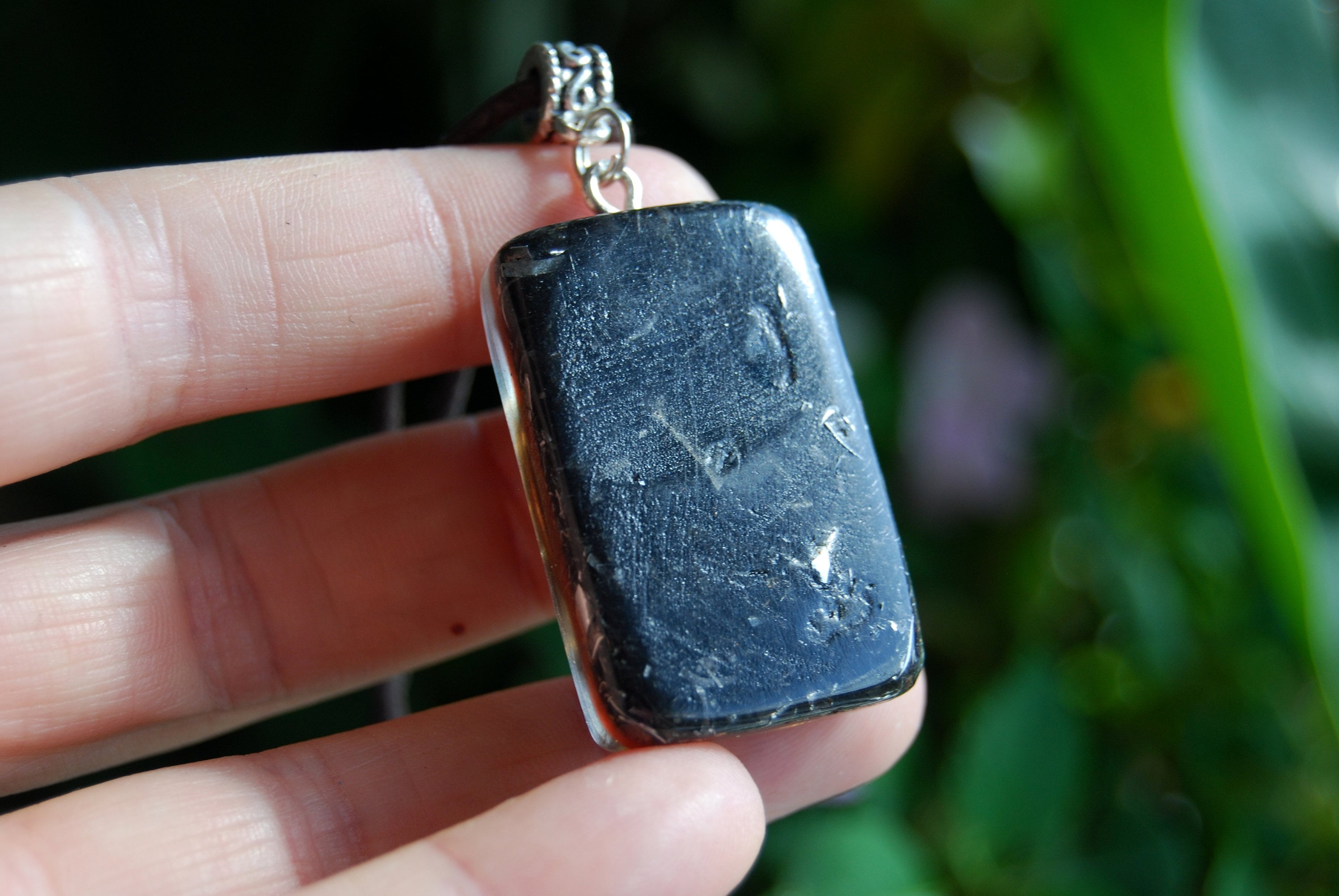 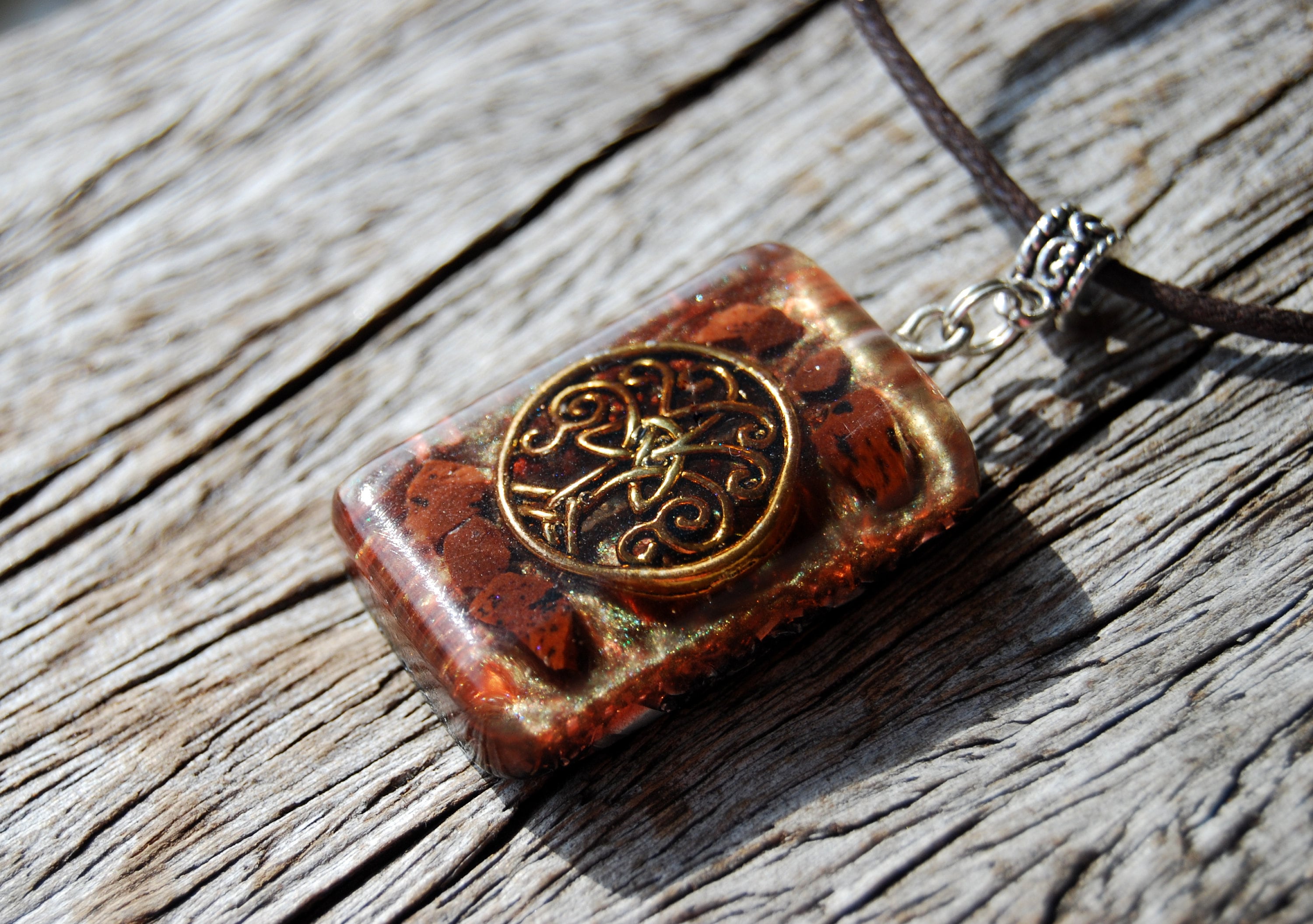 This unique Orgonite® pendant is handmade out of lots of brass, bronze aluminium, iron and copper shavings which is neccessary to clean stagnant energy (according to Wilhelm Reich's research). The main stone raw Mahogany Obsidian which you can see in the front around the Tree of Life. It furthermore consists of Pyrite (to enhance the overall power), black Tourmaline (to protect and ground excess energy), Elite Shungite (protection), Rhodizite (to amplify the other crystals) and one clear quartz (for piezo-electric effect) all within a durable resin setting.

It comes on a an adjustable strong cotton cord (adjustable up to 75 cm / 30 inches).