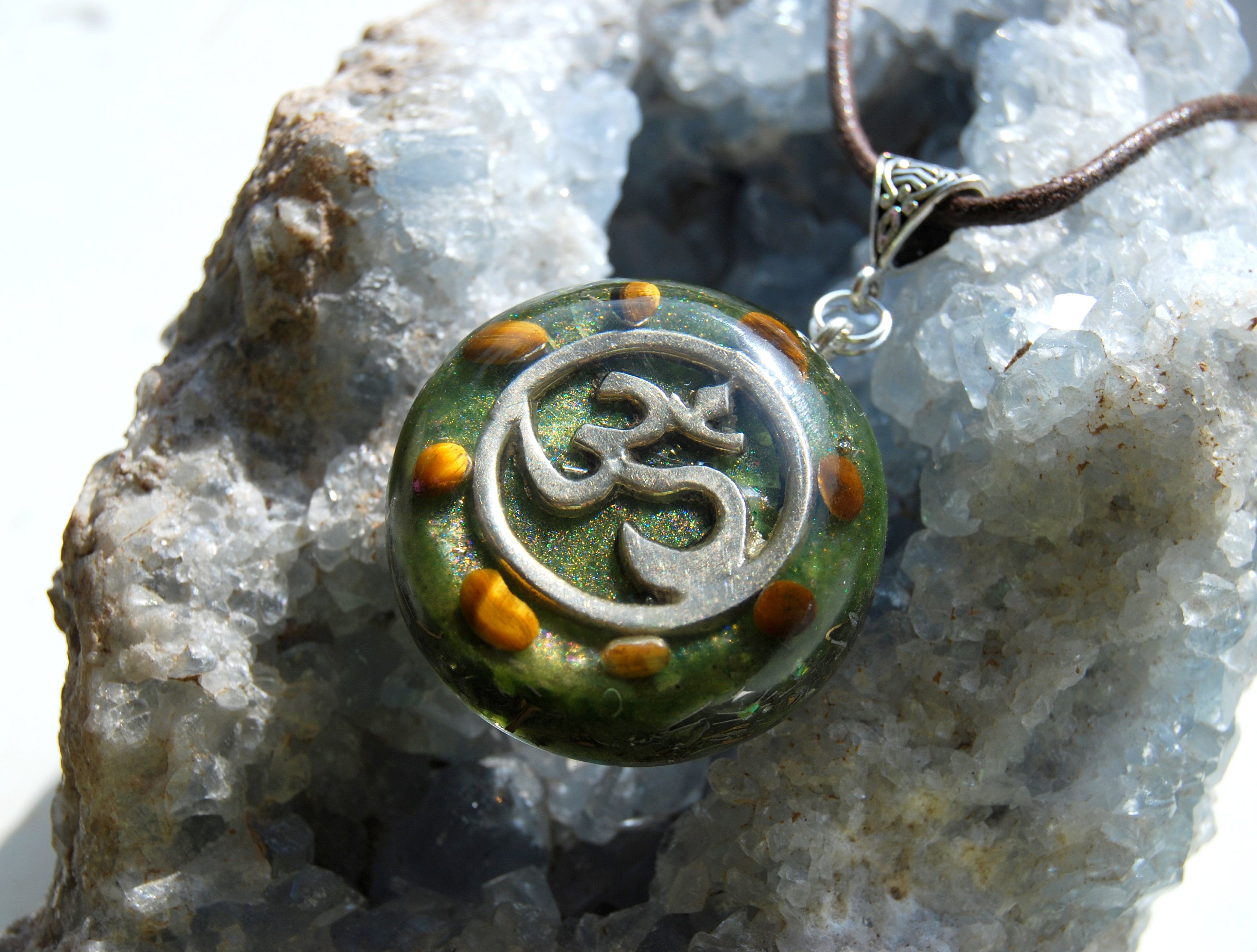 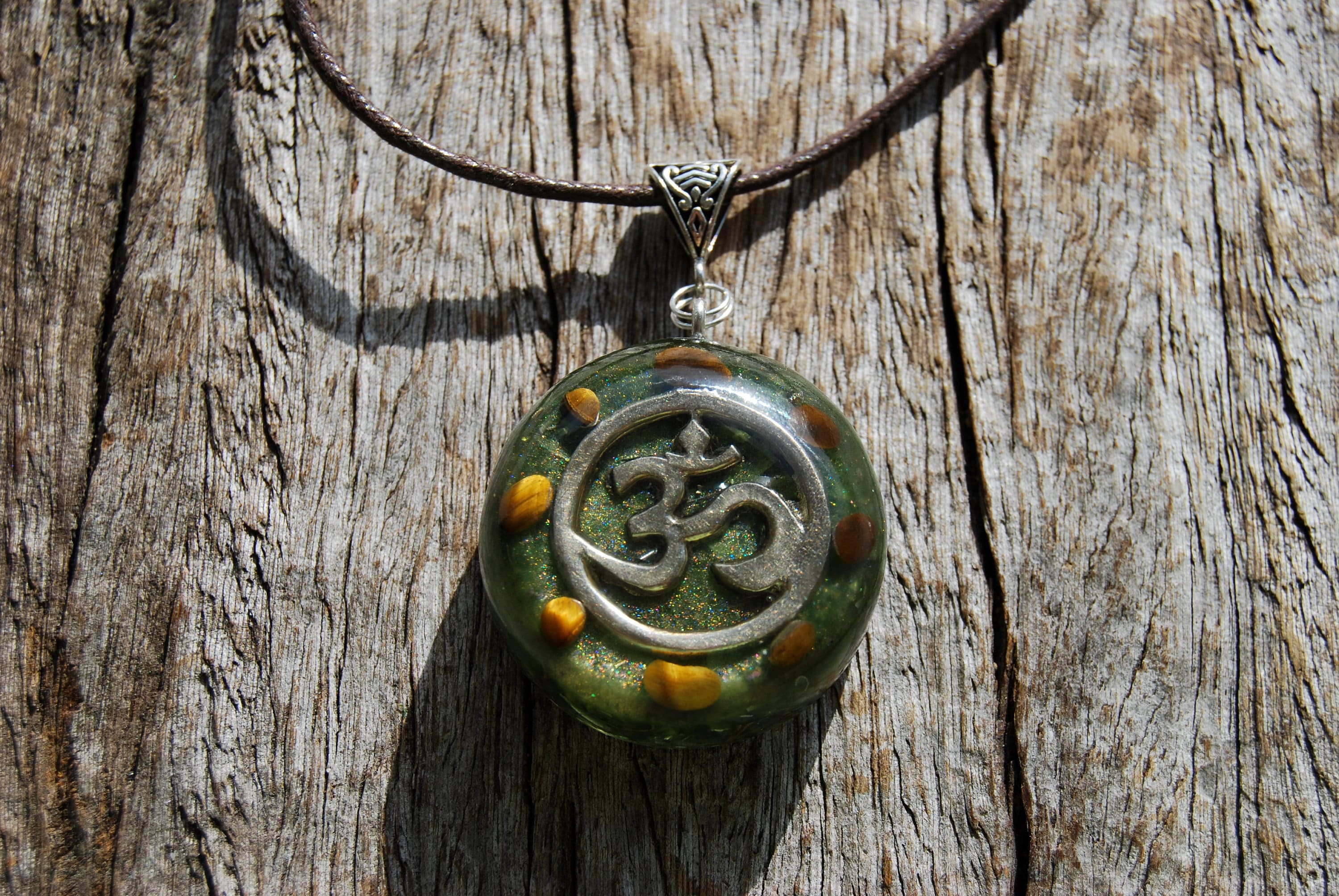 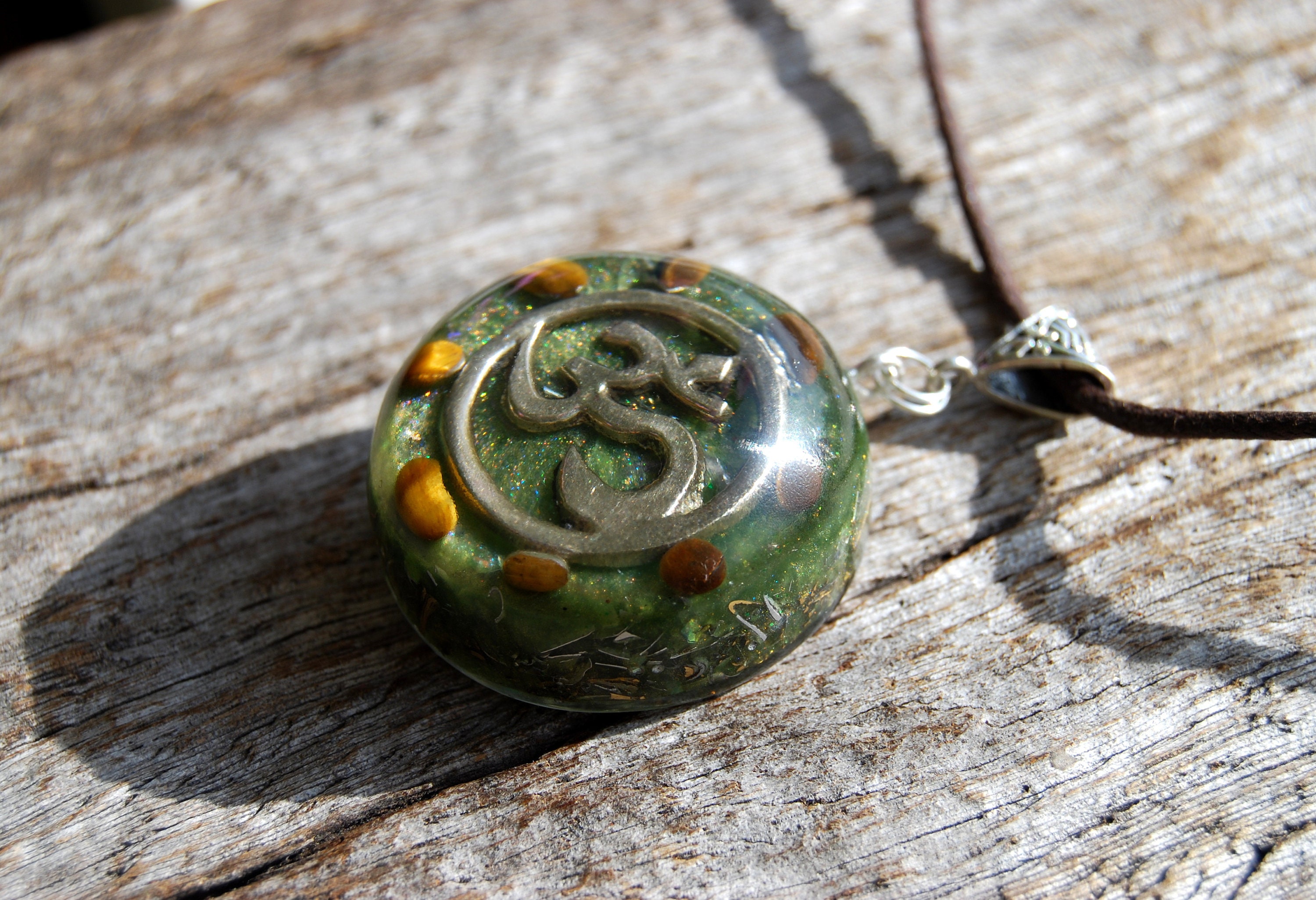 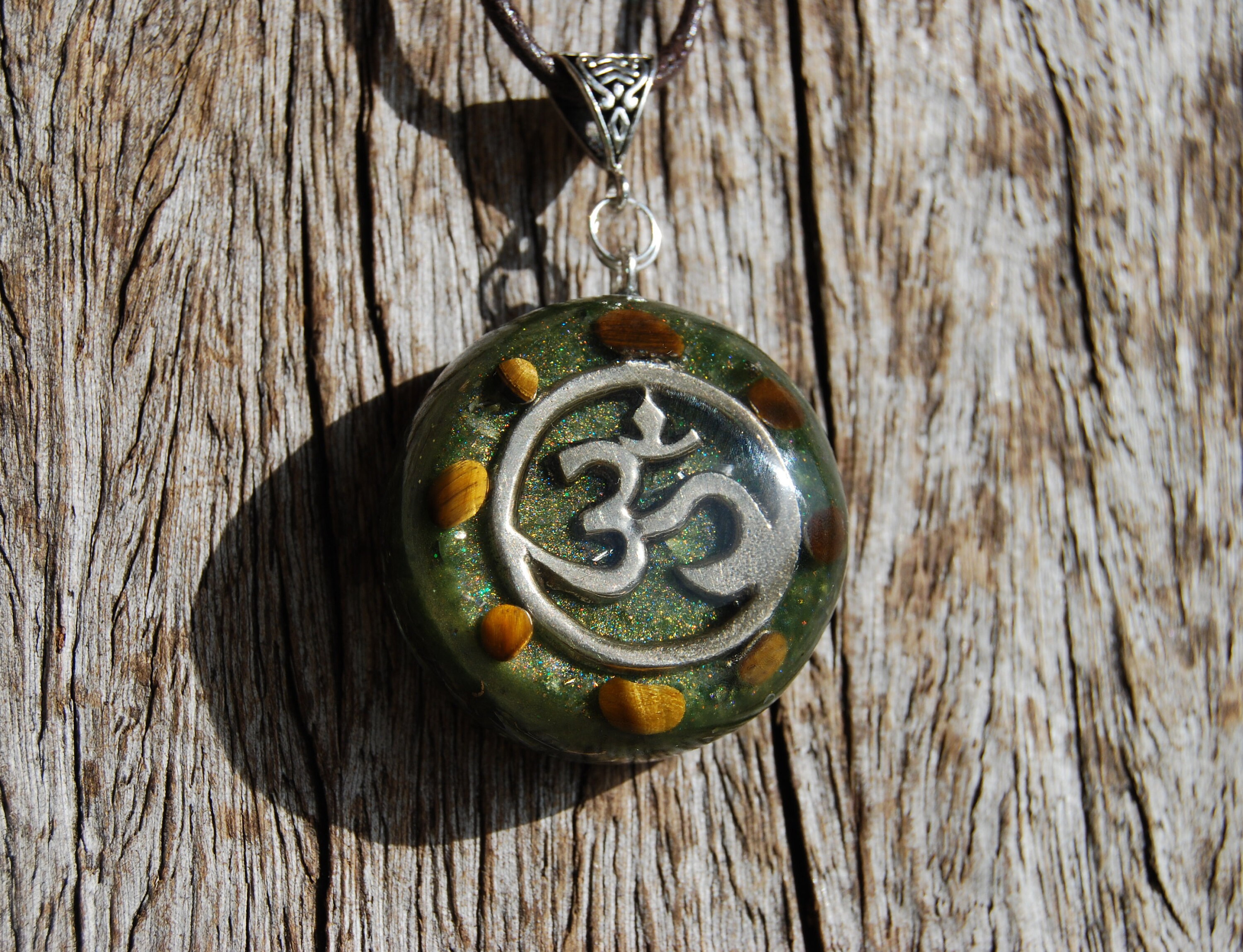 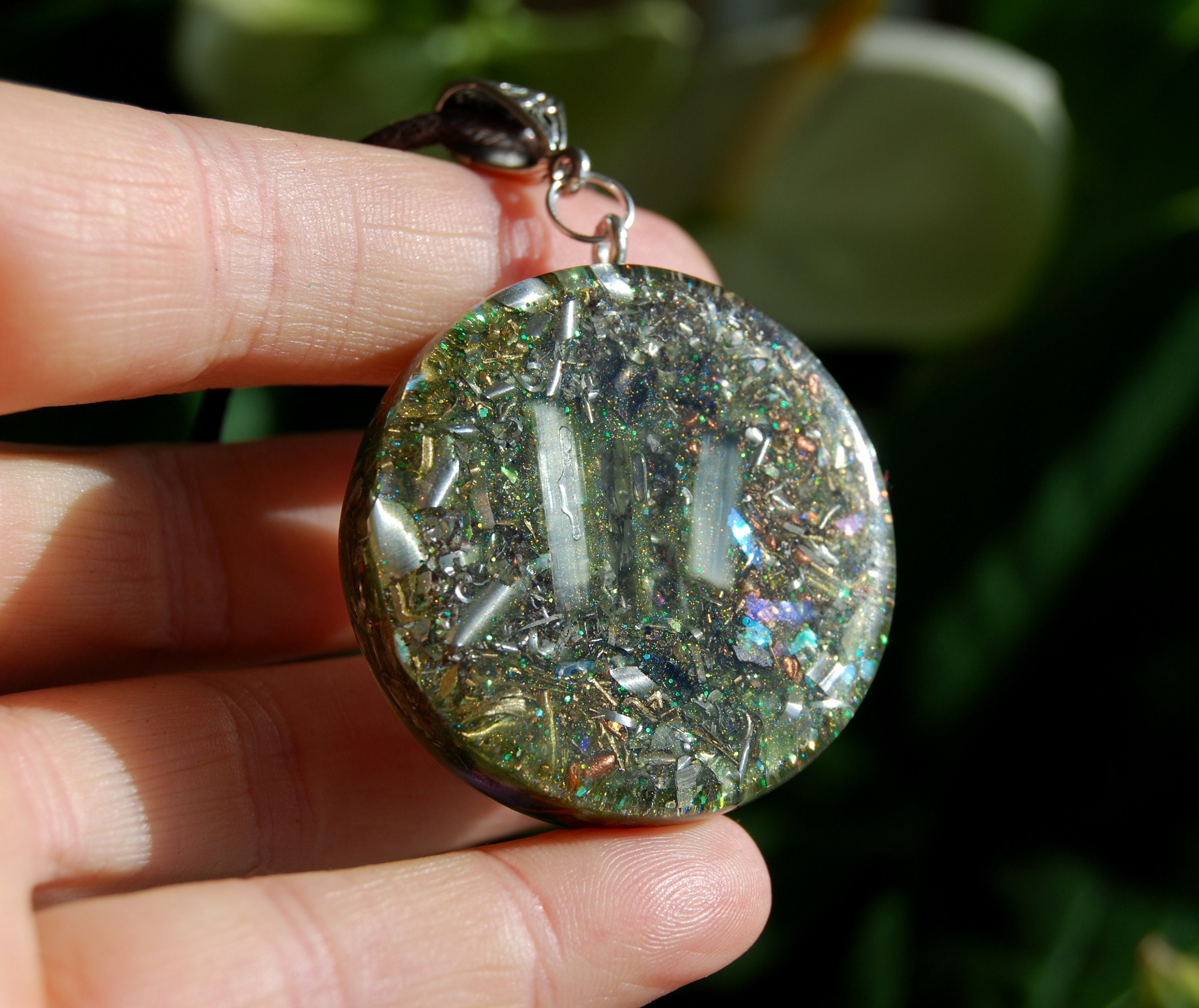 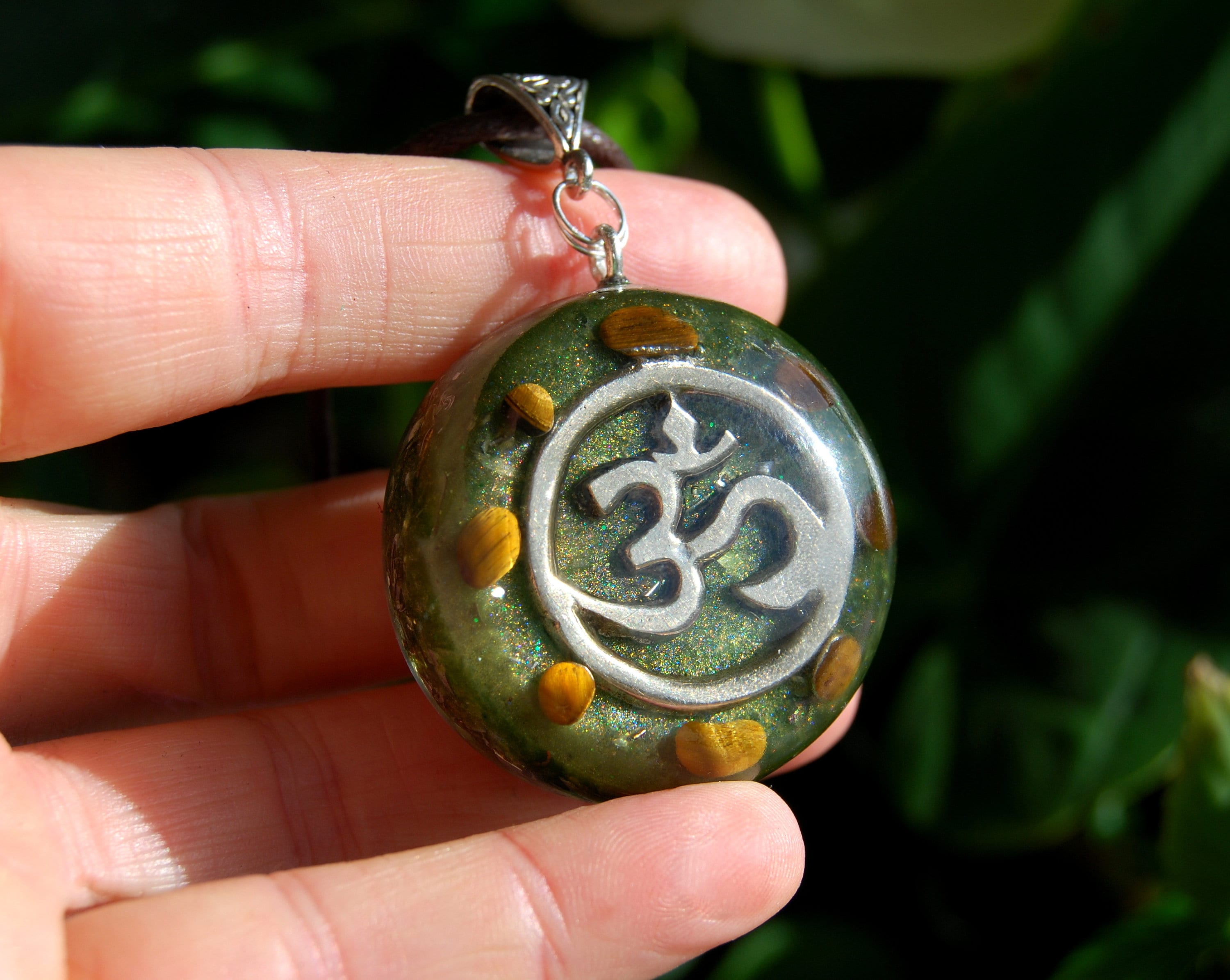 This 4 cm / 1.57" in diameter orgone pendant contains brass, aluminium and copper shavings. The main stone is Tiger Eye (front). It furthermore contains black Tourmaline (for EMF Protection and ground excess energy), Rhodizite (to amplify the other crystals), Selenite (to clean and charge the other crystals), Elite Shungite (protection), Pyrite (to deflect ELF (extremely low frequencies), clear quartz (for piezo electric effect) and all within a resin setting.

It has a lovely aum symbol in the front.

Will be shipped with Trackingnr.

Made with love 🙂❤️