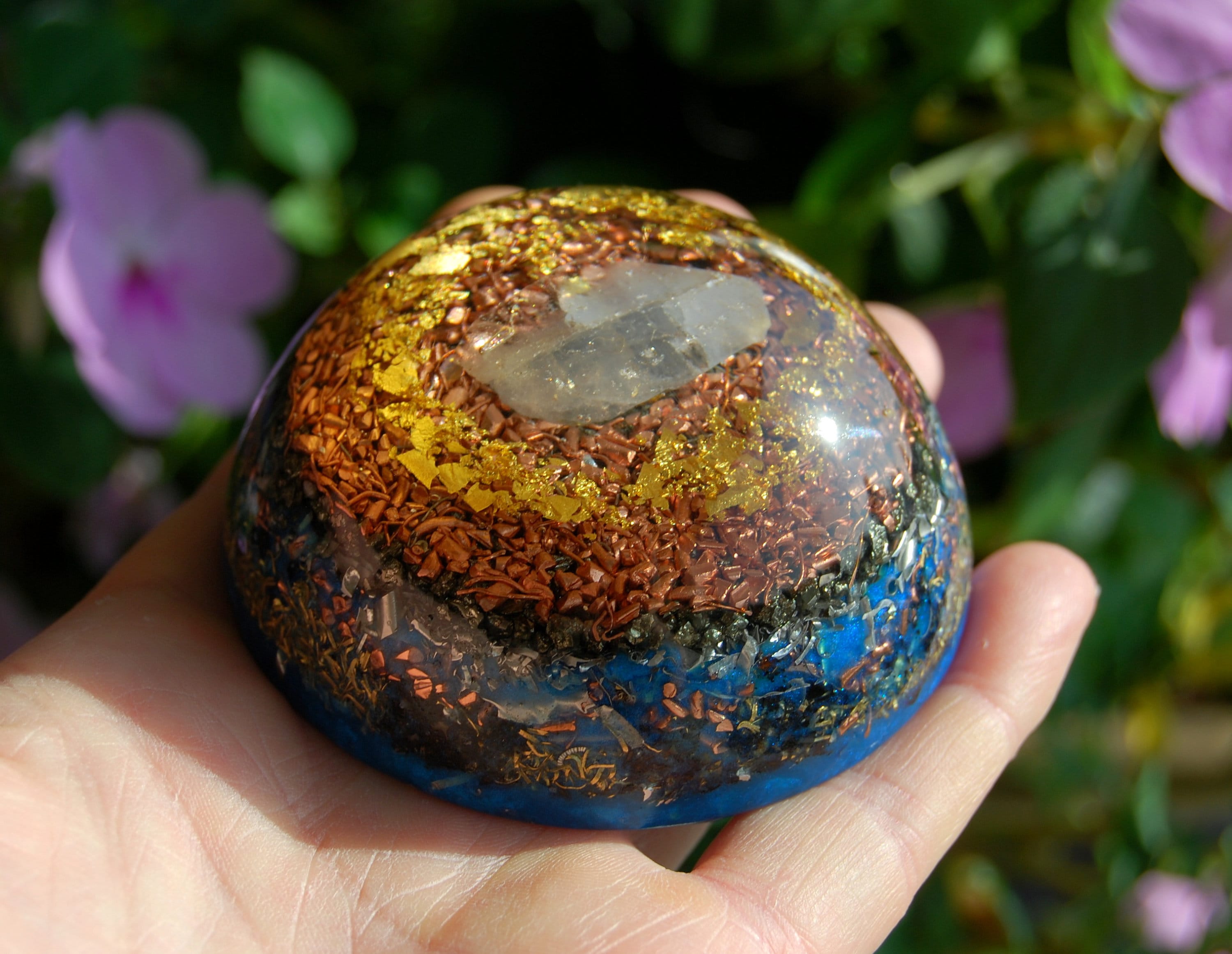 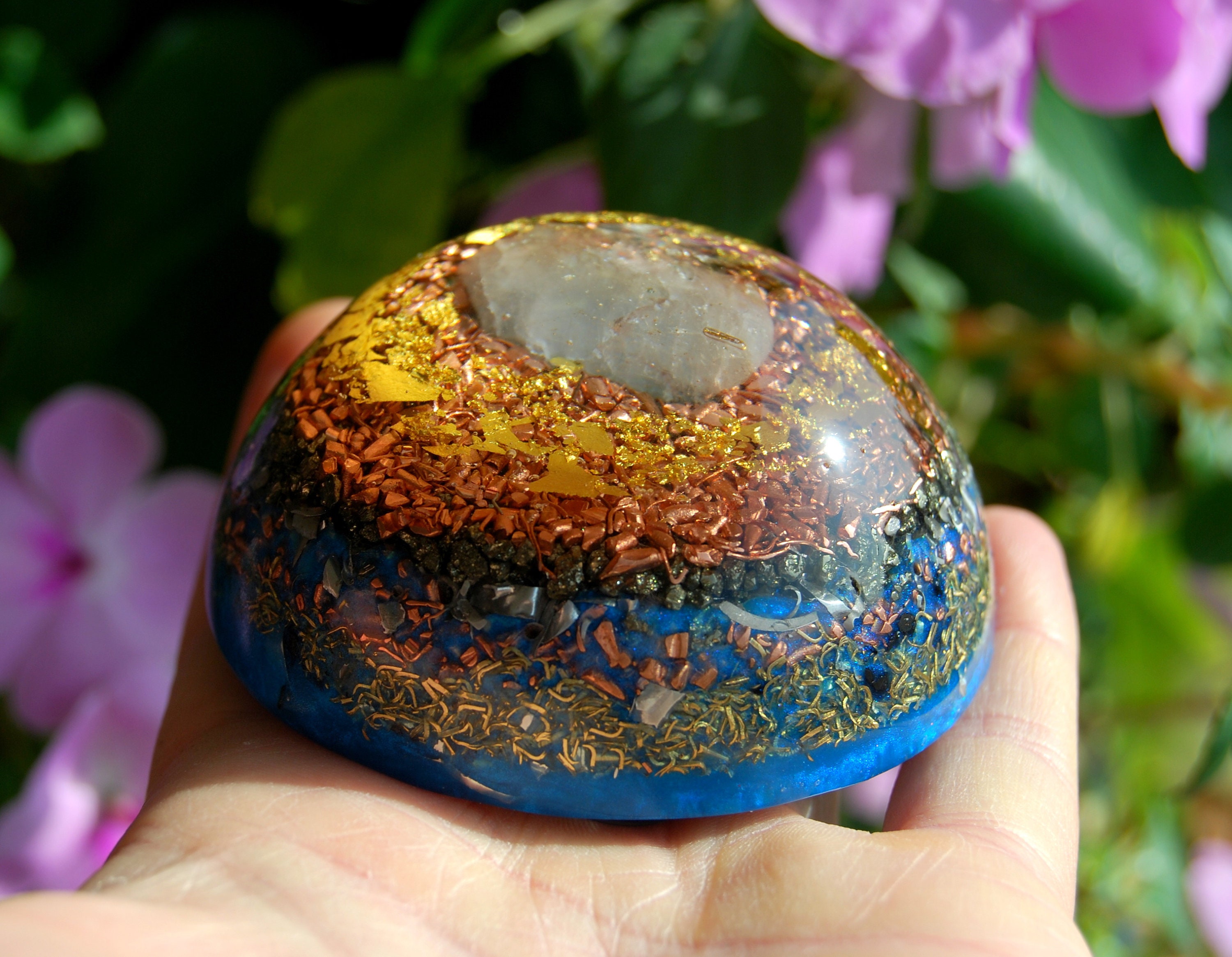 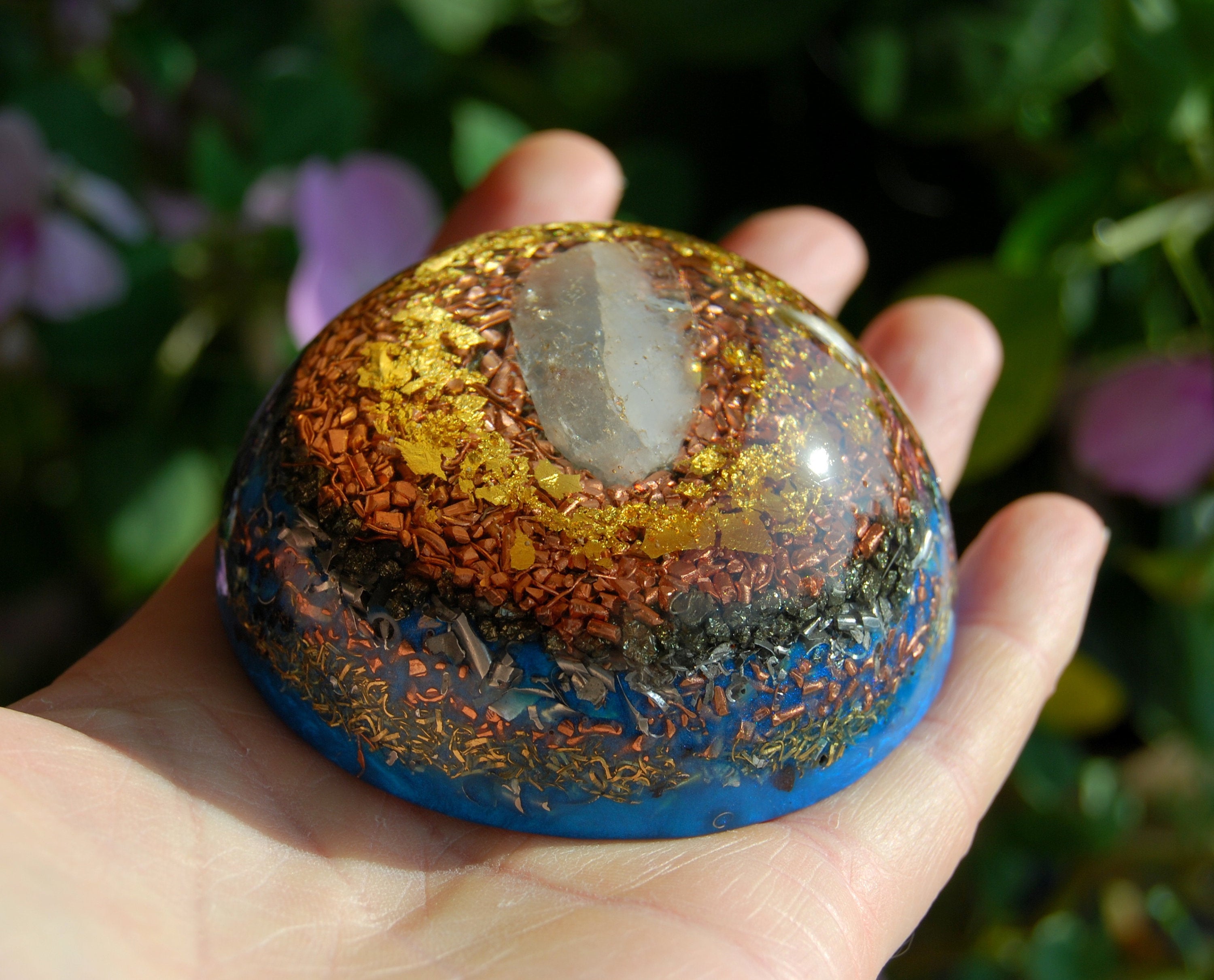 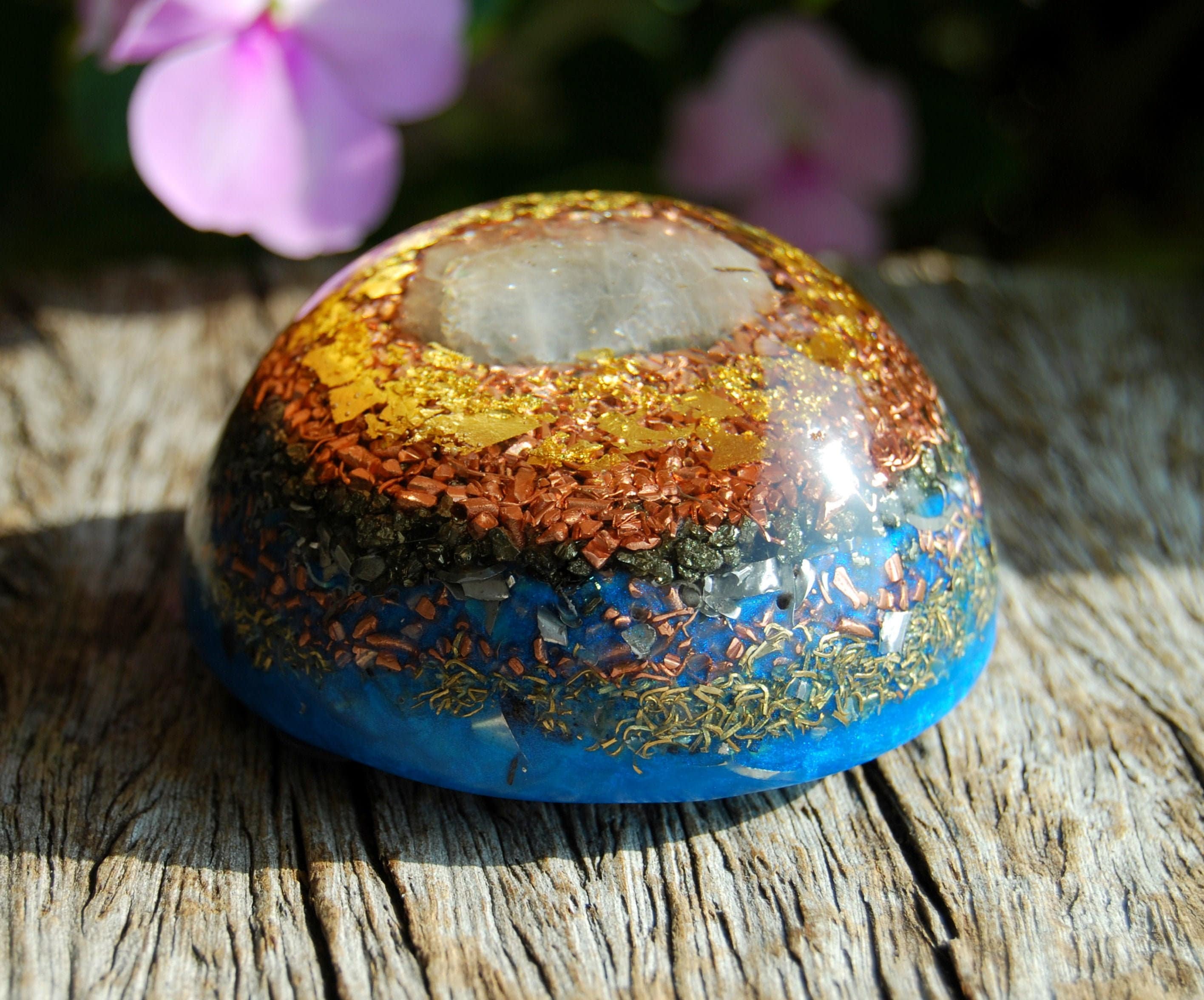 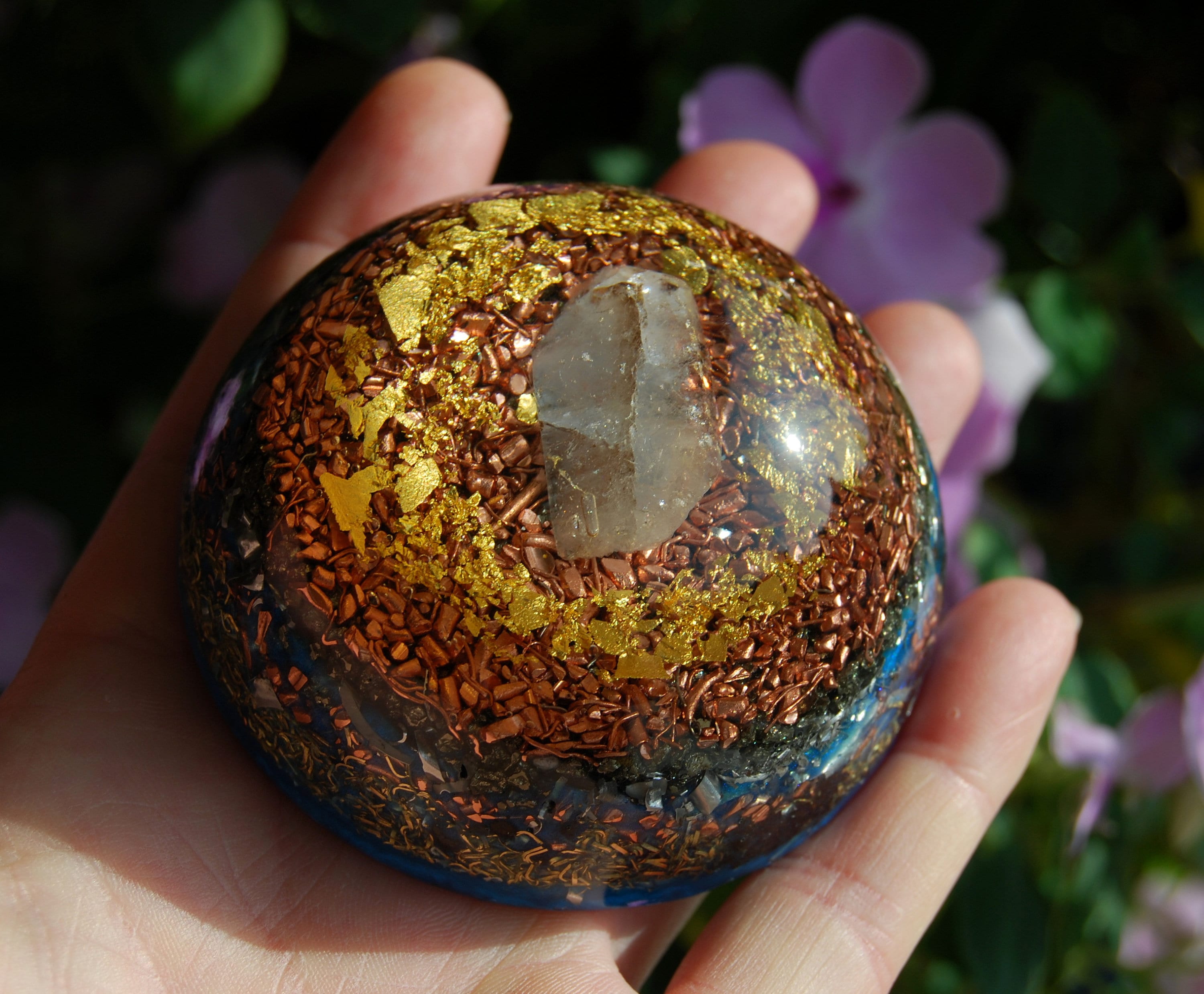 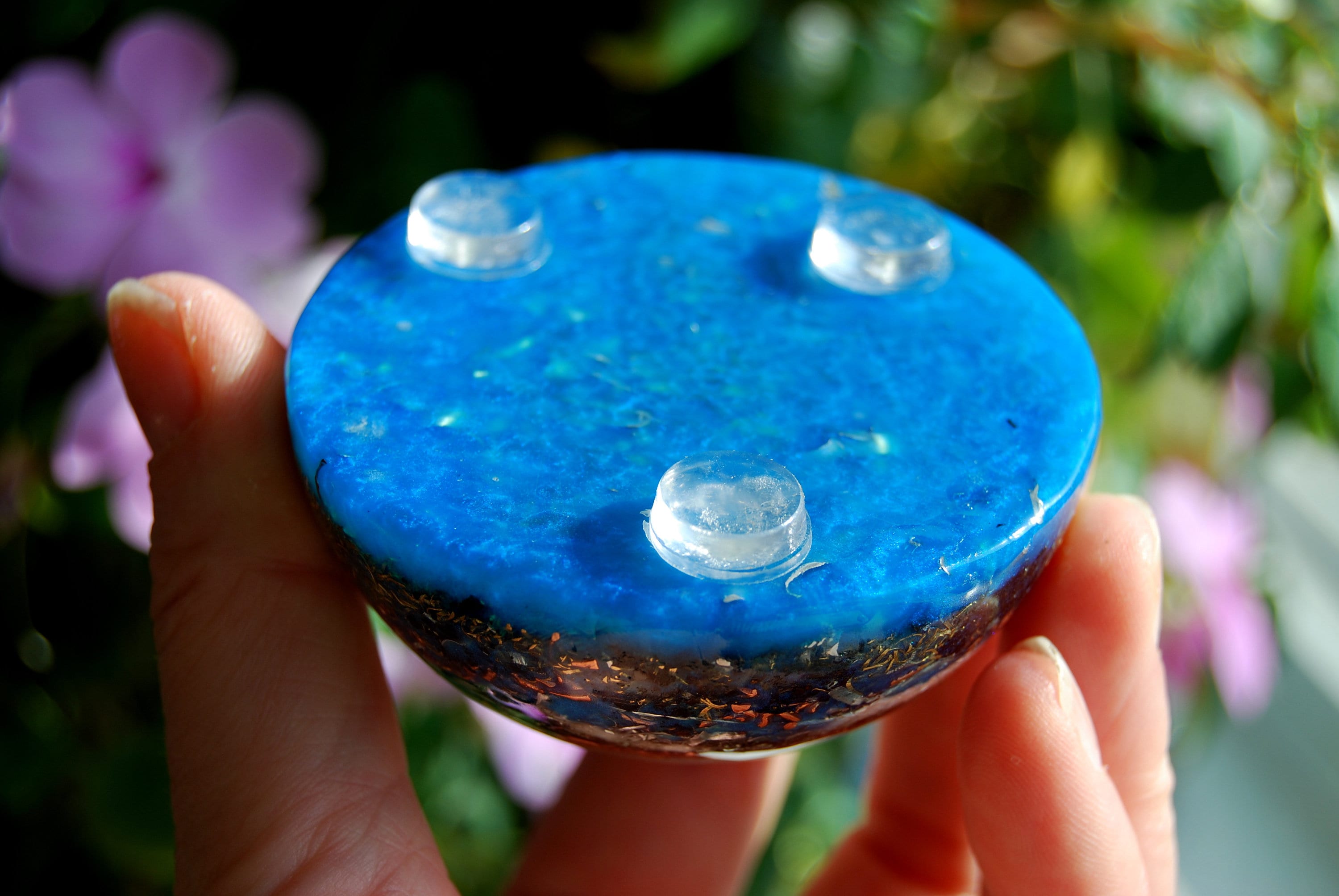 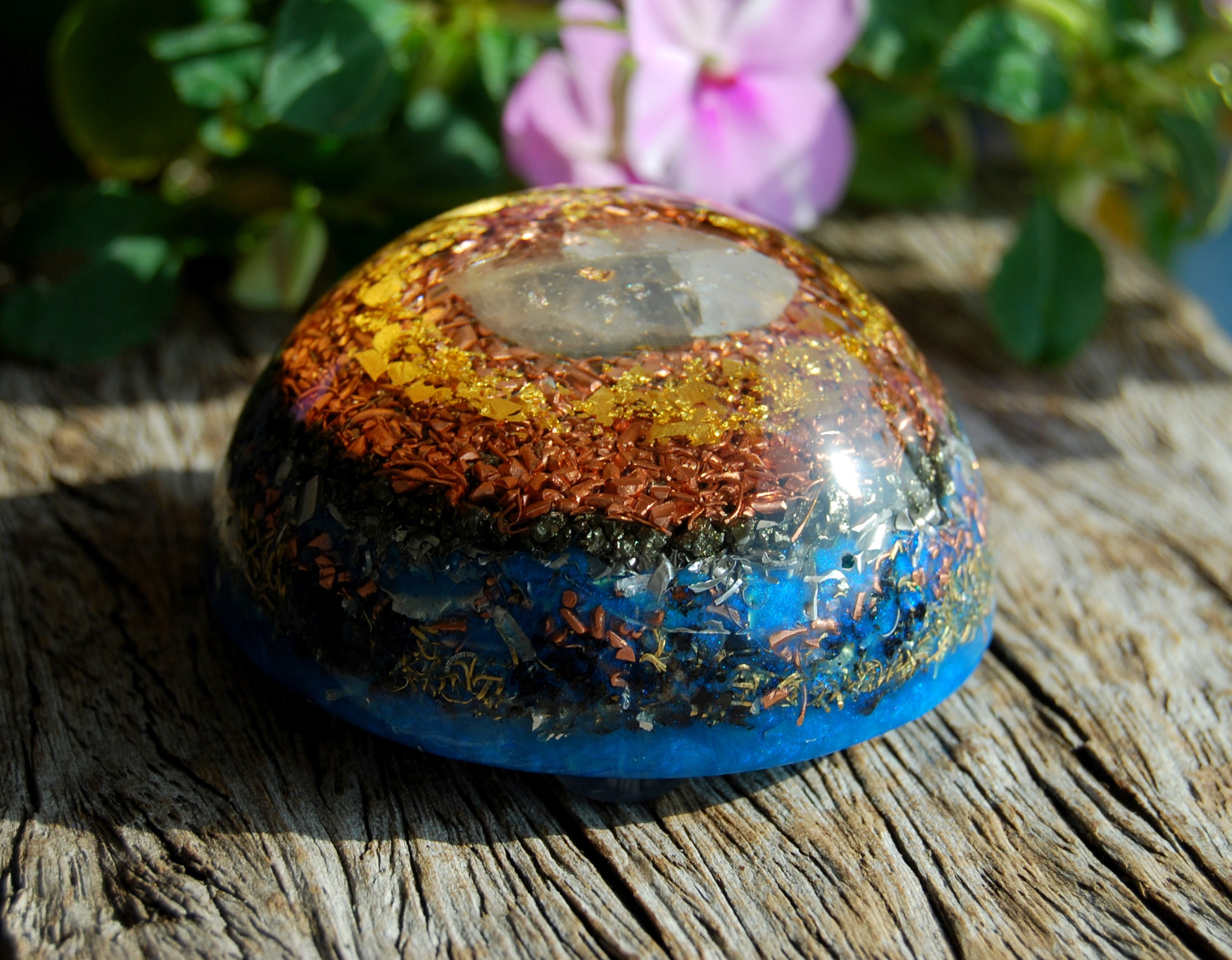 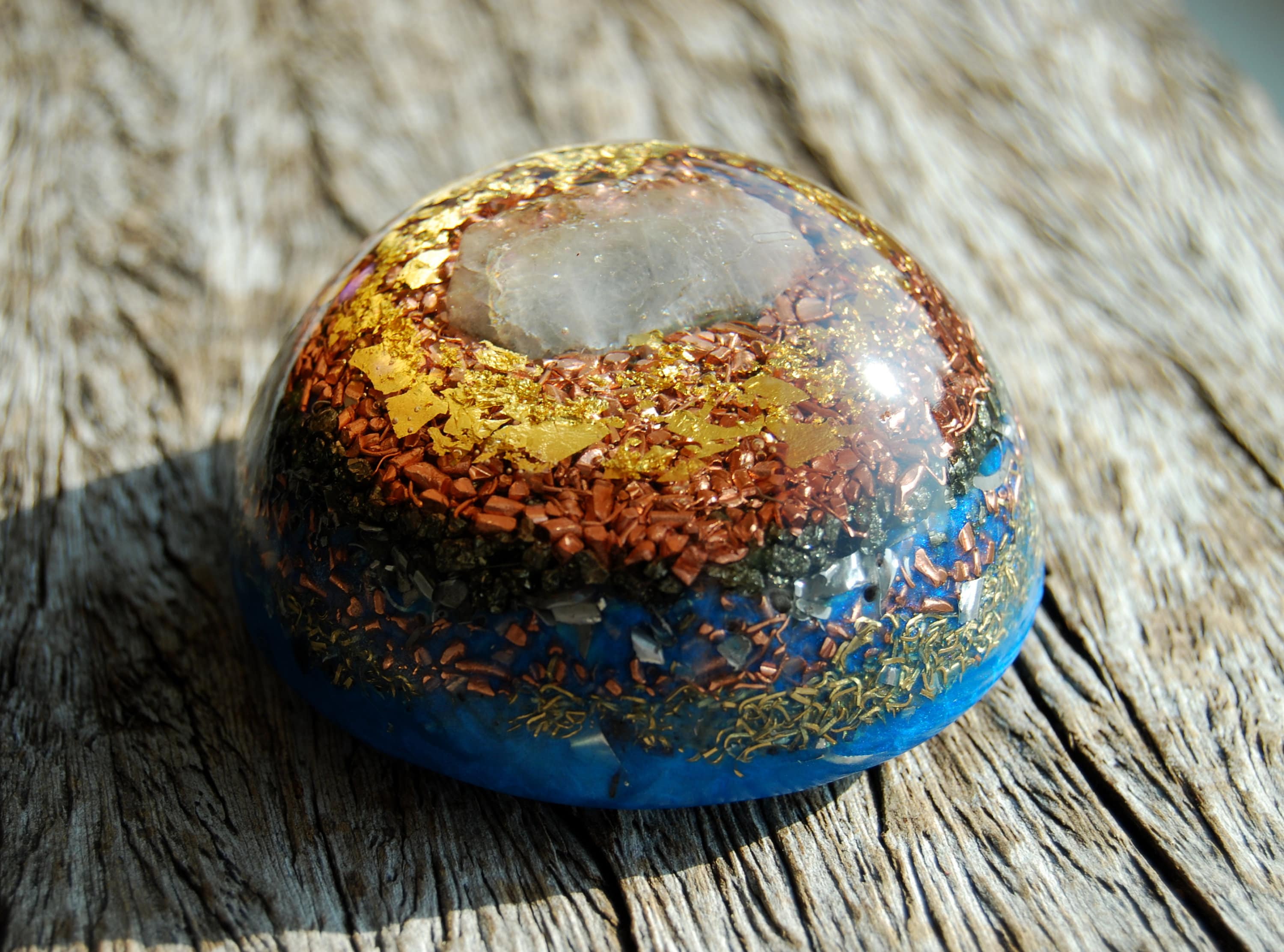 This powerful dome shaped orgone generator® consists of four natural terminated clear quartz crystals in the bottom positioned on all four wind directions for extended energy flow range to all sides. Recharges itself !

It consists of aluminium, brass, bronze and copper shavings and 24K leaf Gold. The main stones is a Celestite Crystal which you can easily see in the top. It furthermore contains Rose Quartz (self love), one Rhodizite crystal (to amplify), black Tourmaline (to ground and protect), Pyrite (to enhance and deflect ELF (extremely low frequency) waves), Selenite (to charge and clean), Shungite (to protect) and clear Quartz (for piezo electric effect) all within a durable polyester resin setting.

An Orgone generator® can be used to improve the energy practically everywhere.

This Orgonite® dome is made with intuition, love 💖 and is created with loving intent to transform people’s lives for the better. Because it is a one of a kind hand-crafted one, it may have slight artistic imperfections. It has been hand sanded on all sides through 9 sets of fine polishing paper so it is shiney and smooth and thus also will look nice as a decorative art piece.

Celestite, also known as Celestine, is revered for its high frequency and Divine energies, and is known as a powerful healing crystal. Celestite has been called a “teacher for the New Age", as it will connect one with the Angelic realms, allowing for the free-flow of these higher frequencies into the Crown and Third-Eye Chakras, and also down into the Throat Chakra for expression. Bringing mental calm and clarity in the midst of any chaotic circumstance, Celestite can allow one to easily flow through a traumatic period and still come out on top.

Will be shipped with Trackingnr. I aim to use mostly recycled materials for my packaging.