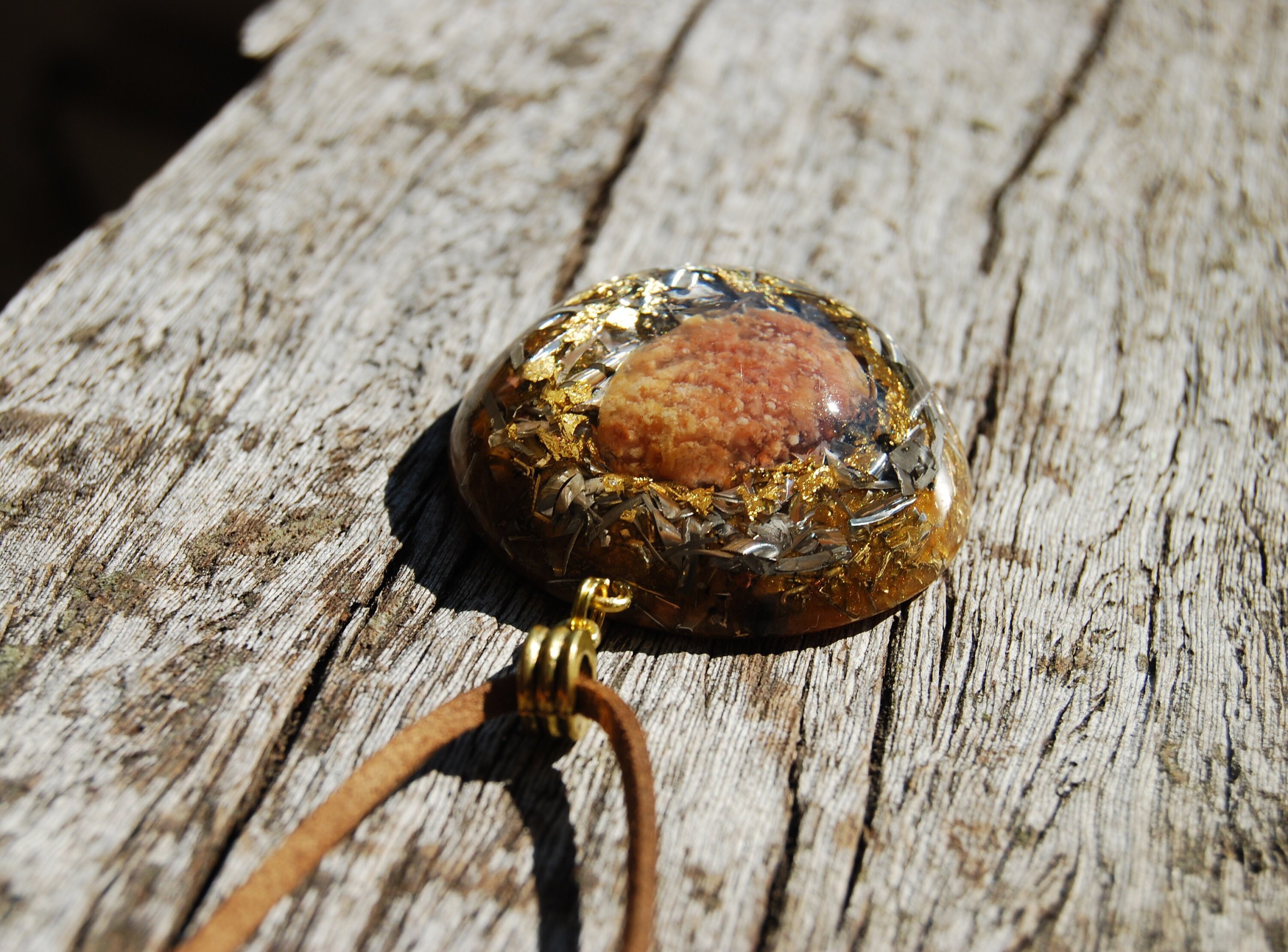 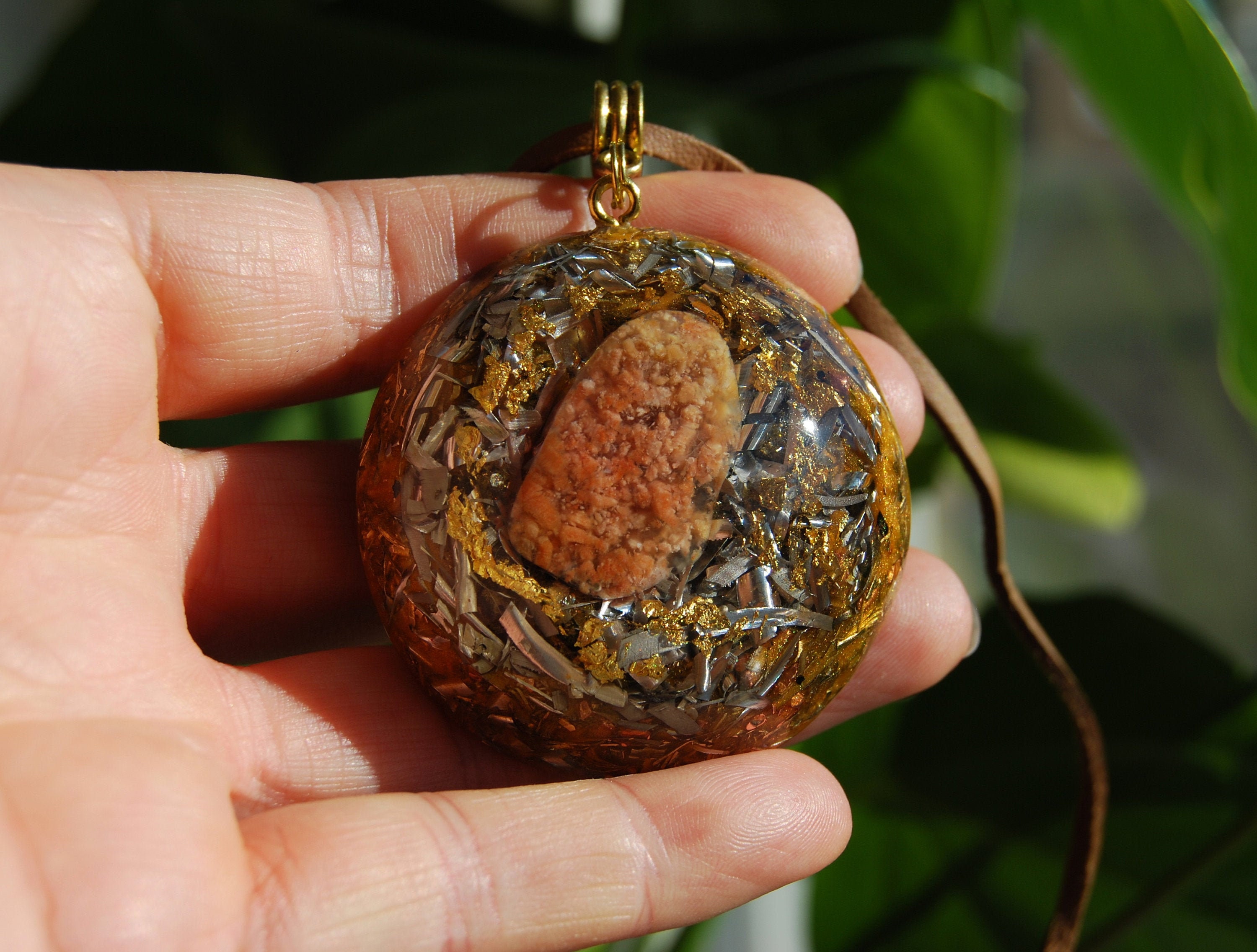 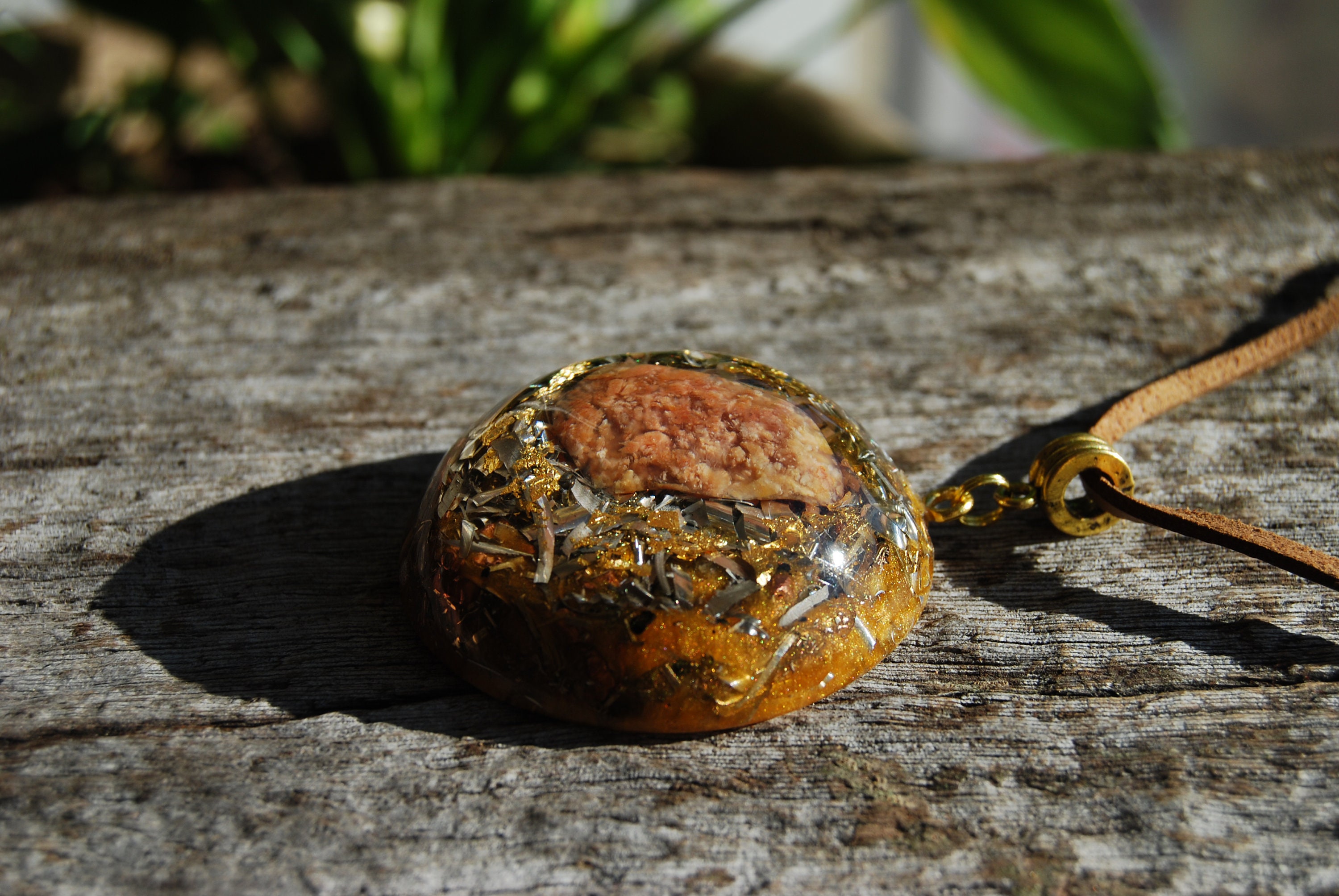 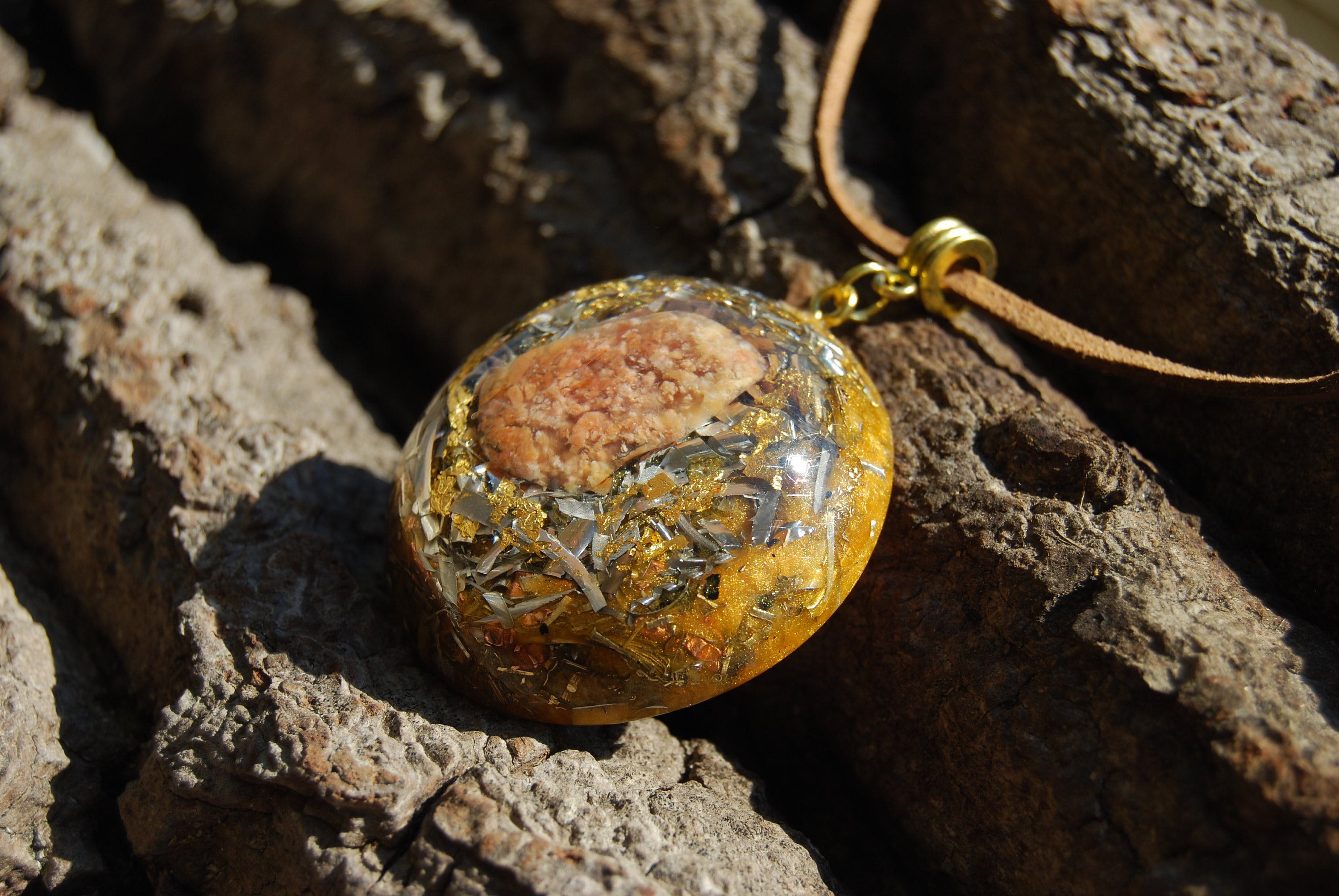 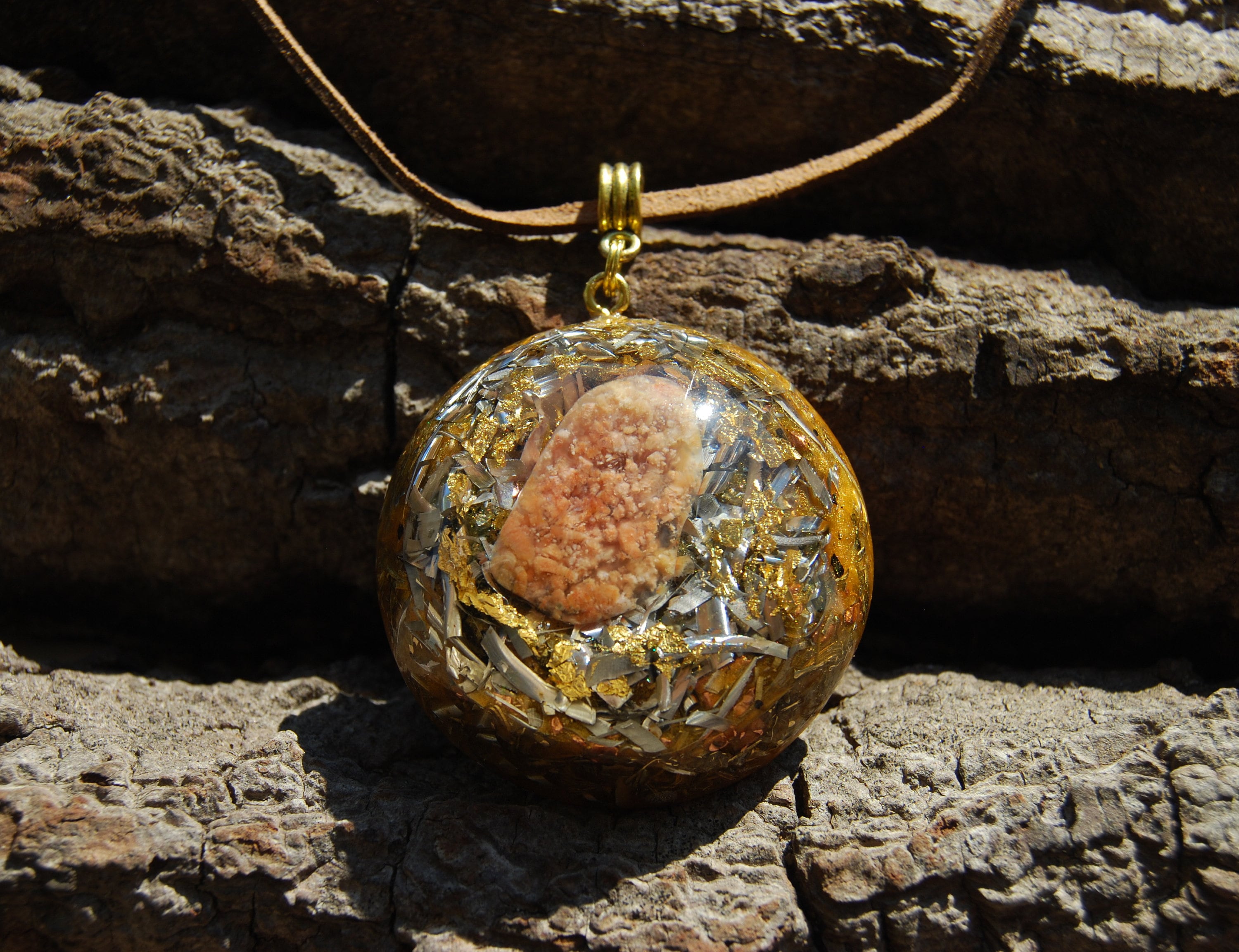 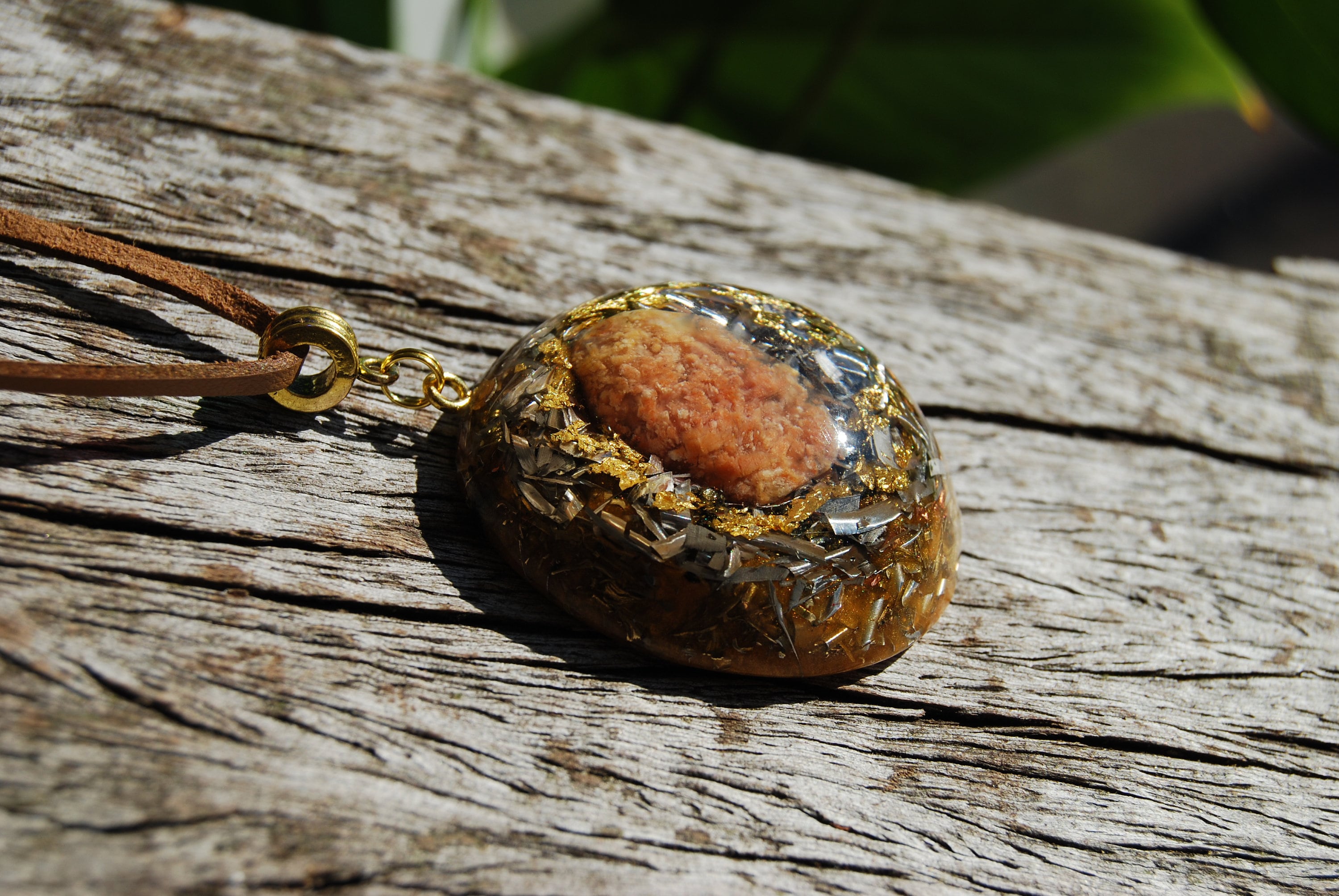 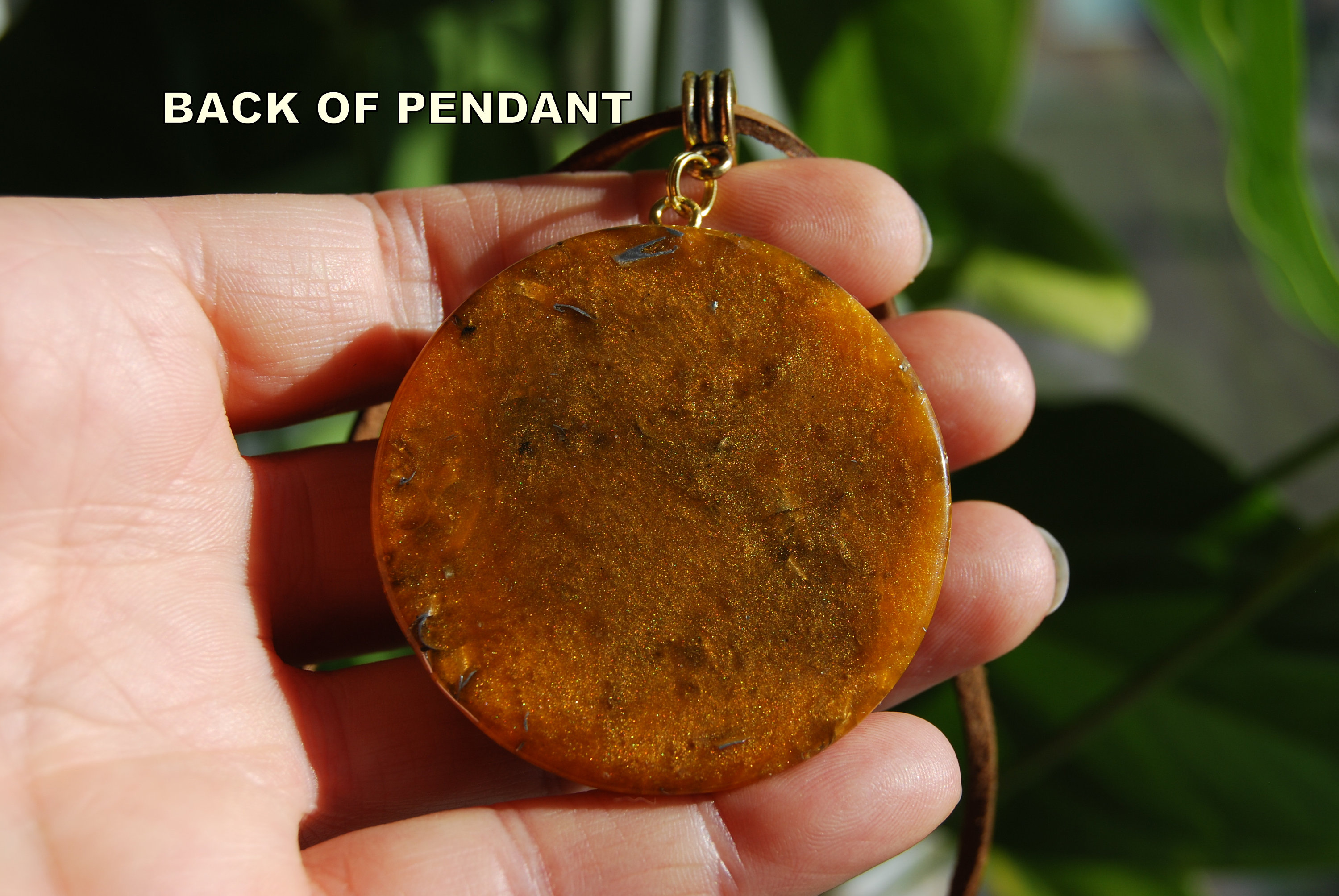 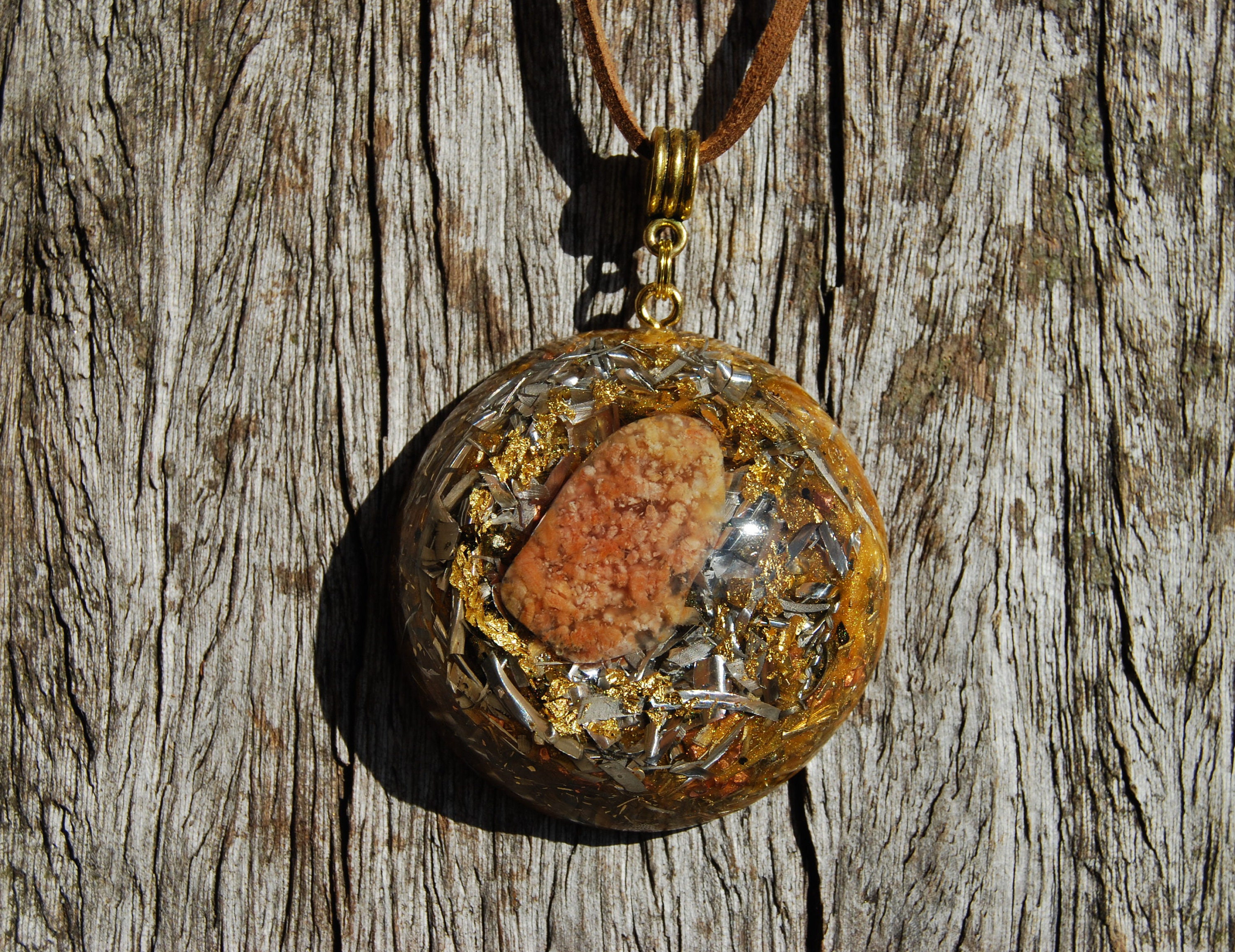 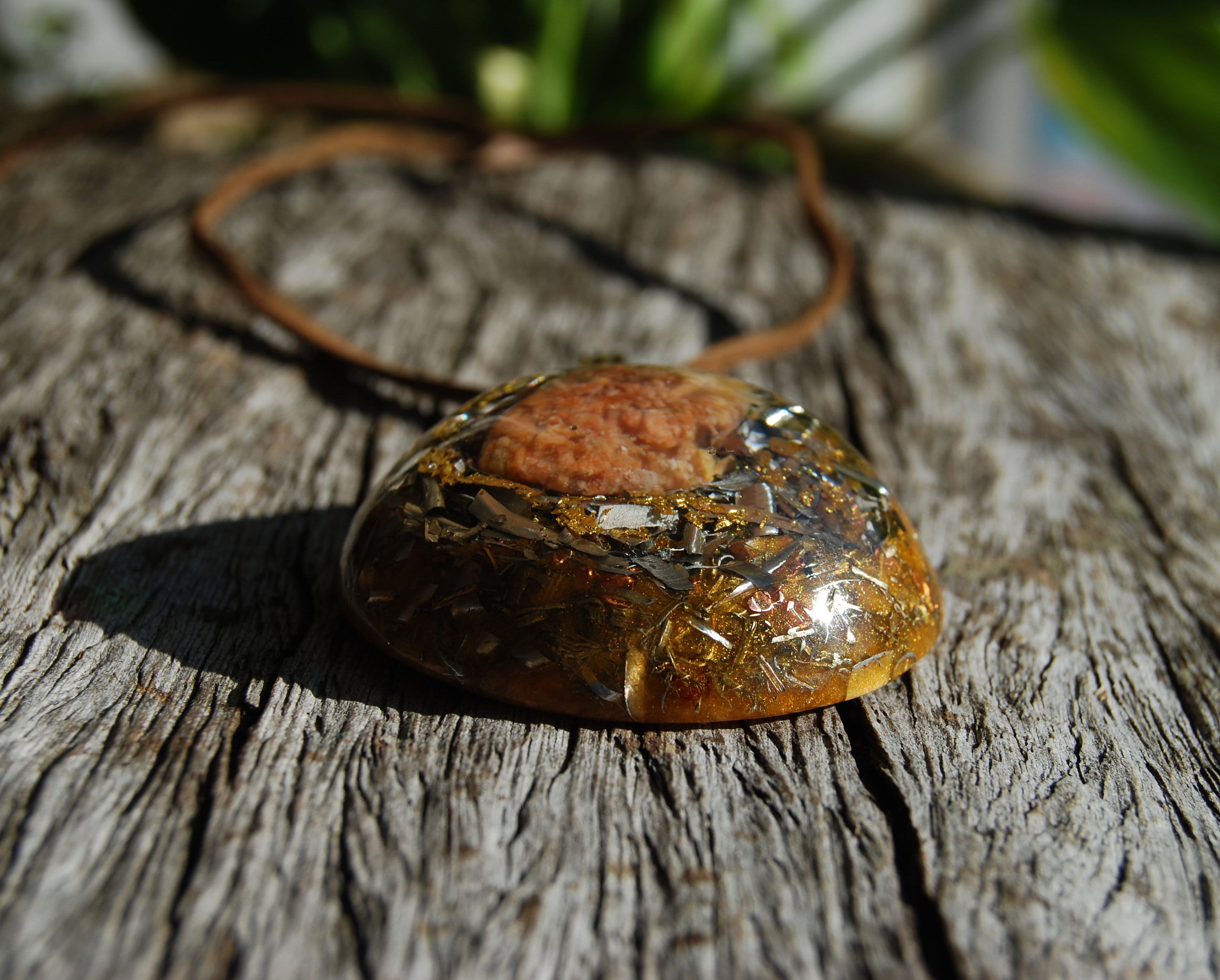 This 4.8 cm / 1.89" in diameter orgone pendant is made out of 24K leaf Gold, lots of brass, aluminium and copper shavings.

The main stone is lovely natural untreated polished Fire Agate stone in the front. It furthermore contains Rose Quartz (self - love), Pyrite (to enhance and protect), black Tourmaline (to protect and ground excess energy), Selenite (to clean and charge), ,Rhodizite (to amplify) and clear quartz (for piezo-electric effect) all within a durable resin setting.

Historically, Fire Agate was used in alchemy because it was believed to contain the essence of fire. In many traditions sacred to fire deities, it encouraged timid adults and shy children to speak up and not be ignored or bullied. It is a stone of integrity, encouraging high standards of behavior in self and others, and promotes passion in love and in life.

Metaphysically, Agate has a lower intensity and vibrates to a slower frequency than other stones, but is highly regarded as a stabilizing and strengthening influence. Fire Agate provides a steady, vibrant energy that stimulates a zest for living. It awakens the lower chakras and lights one's inner fires of Life Force, creativity, sexuality and will. It brings back to focus the Divine blueprint of one's life purpose and increases the pleasures in everyday life.

This pendant is created with loving intent to transform people’s lives for the better. It has been hand sanded through 9 sets of fine polishing paper so it has a dome design and it is shiney and silky smooth.

Because it is a one of a kind hand-crafted one, it may have slight artistic imperfections.
It comes on an adjustable faux leather cord.


You will get the pendant as shown in the pictures. Will be shipped with Trackingnr.