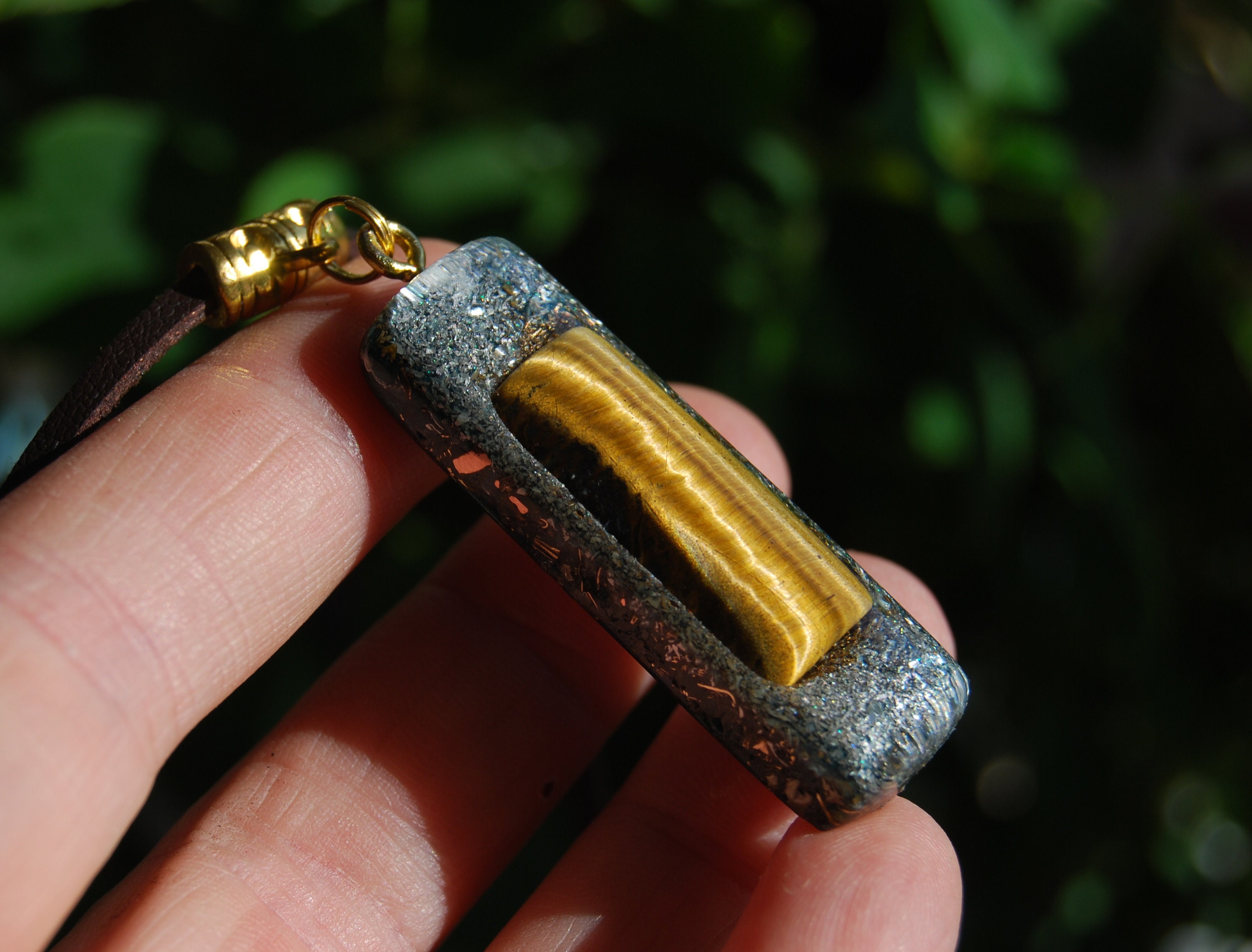 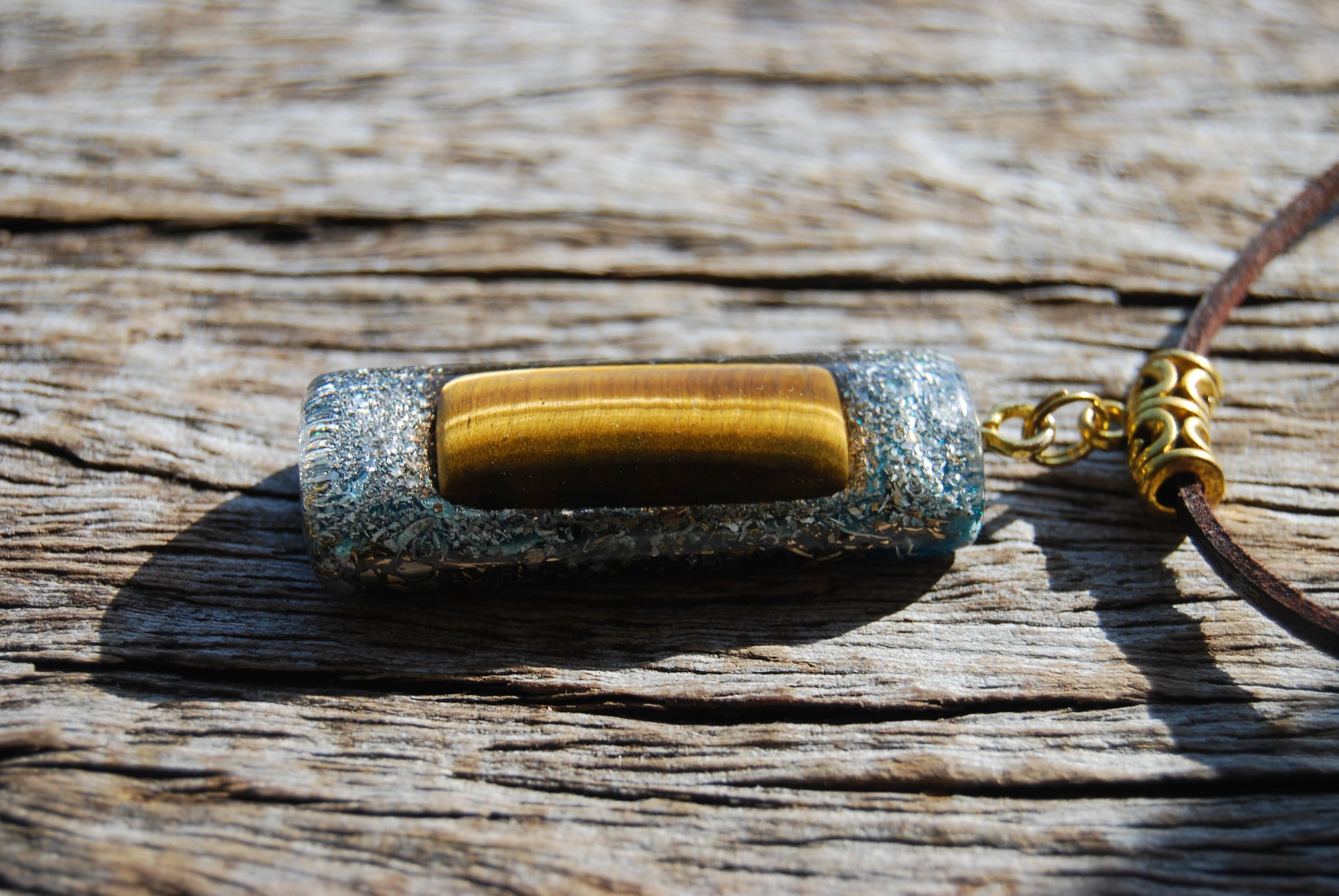 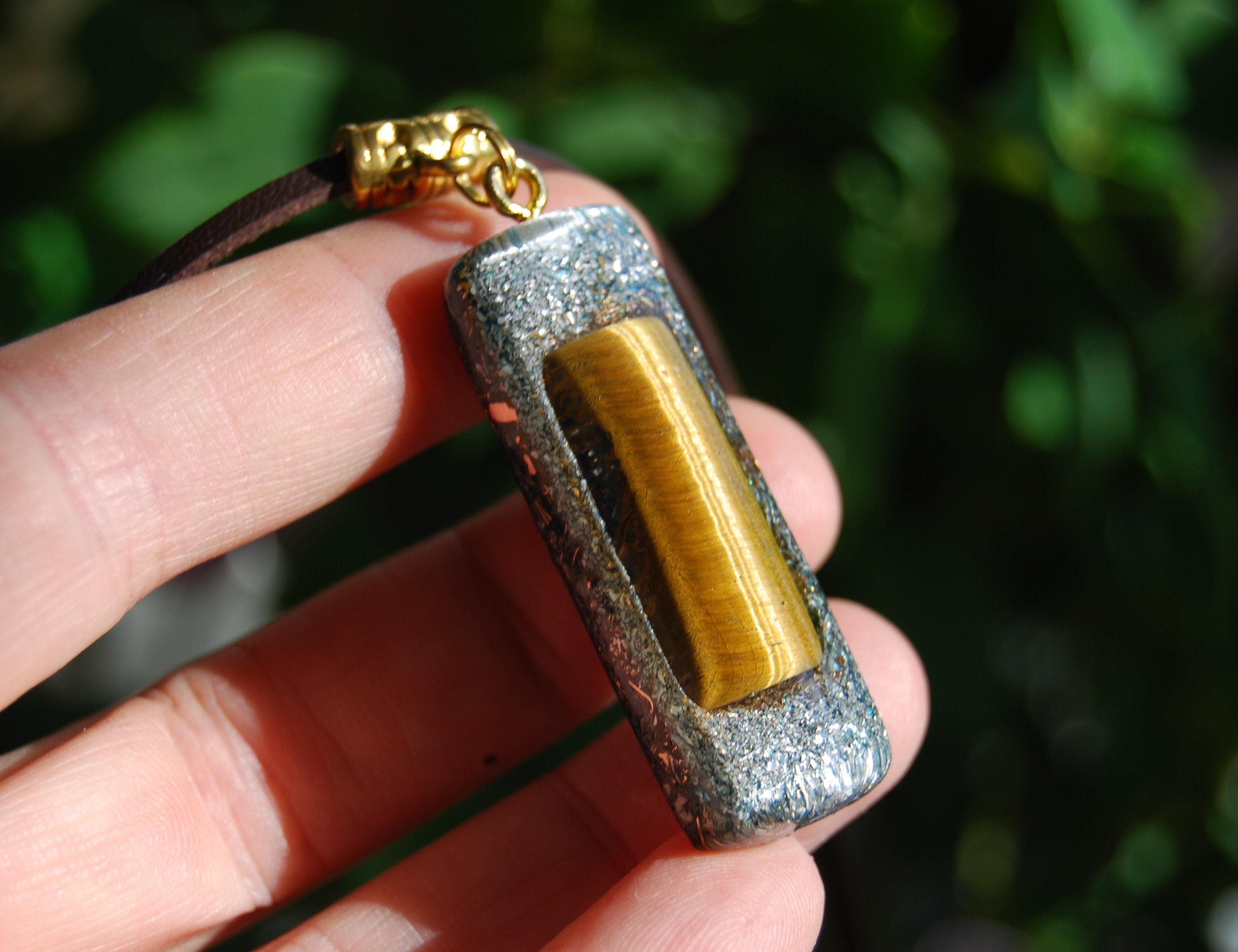 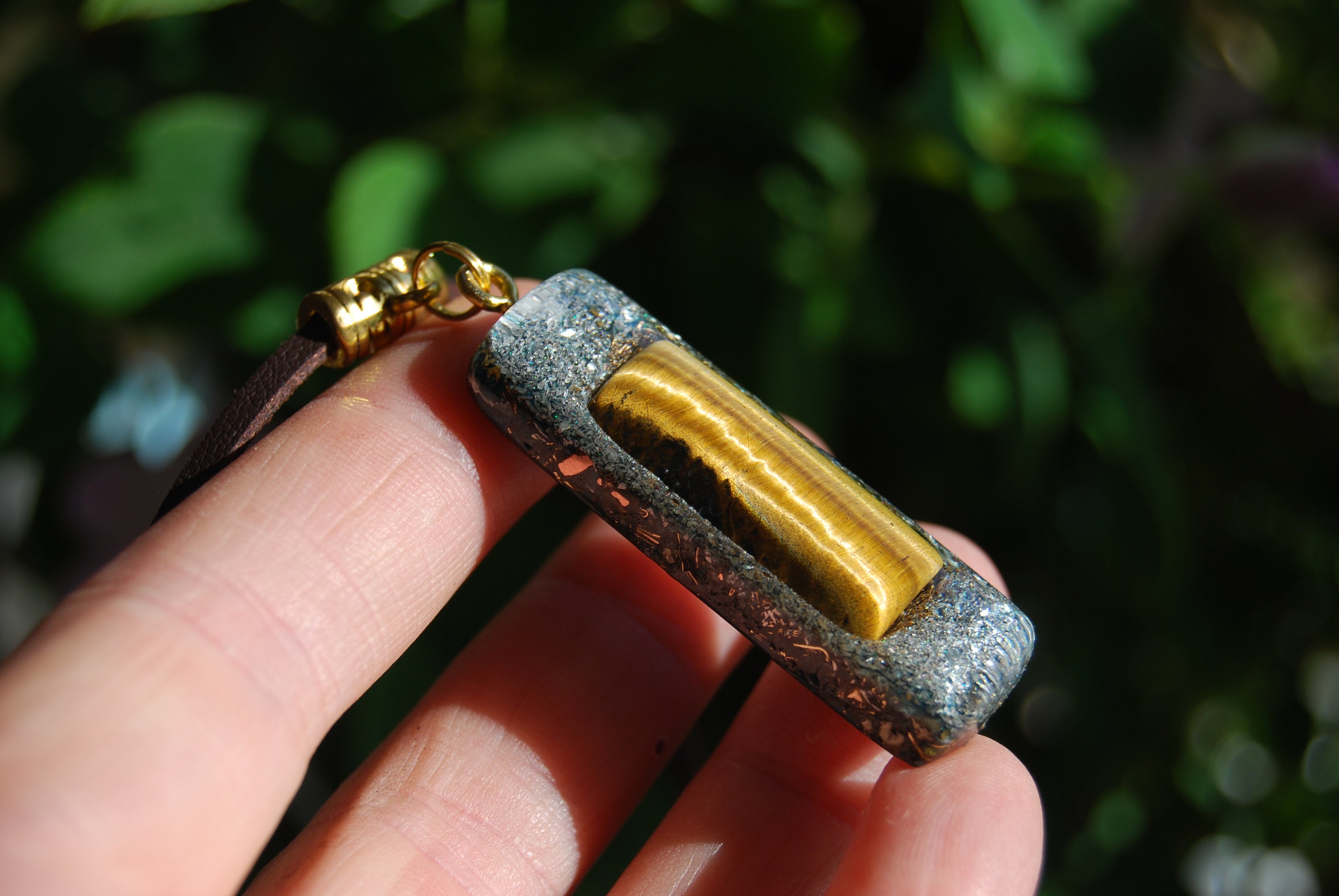 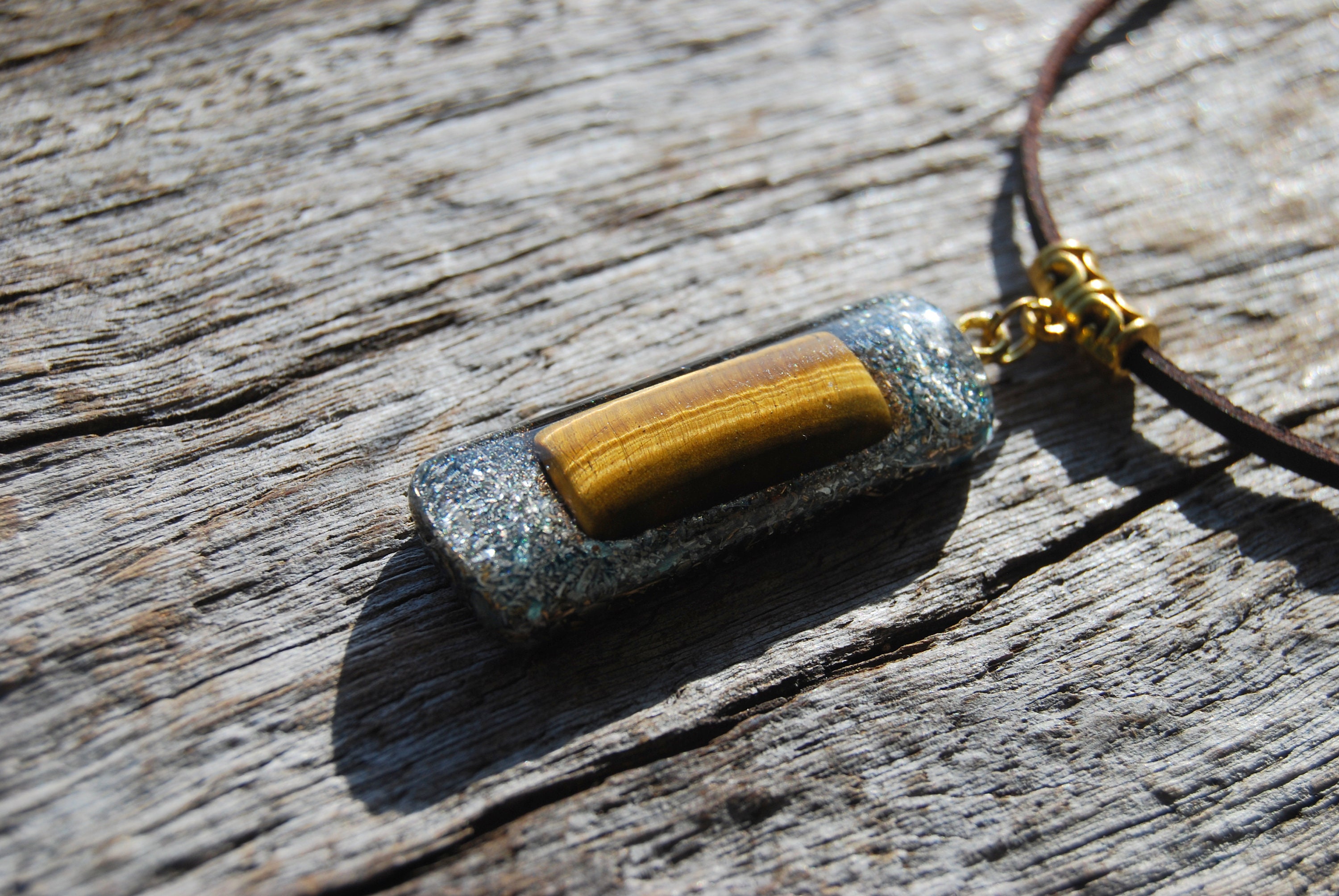 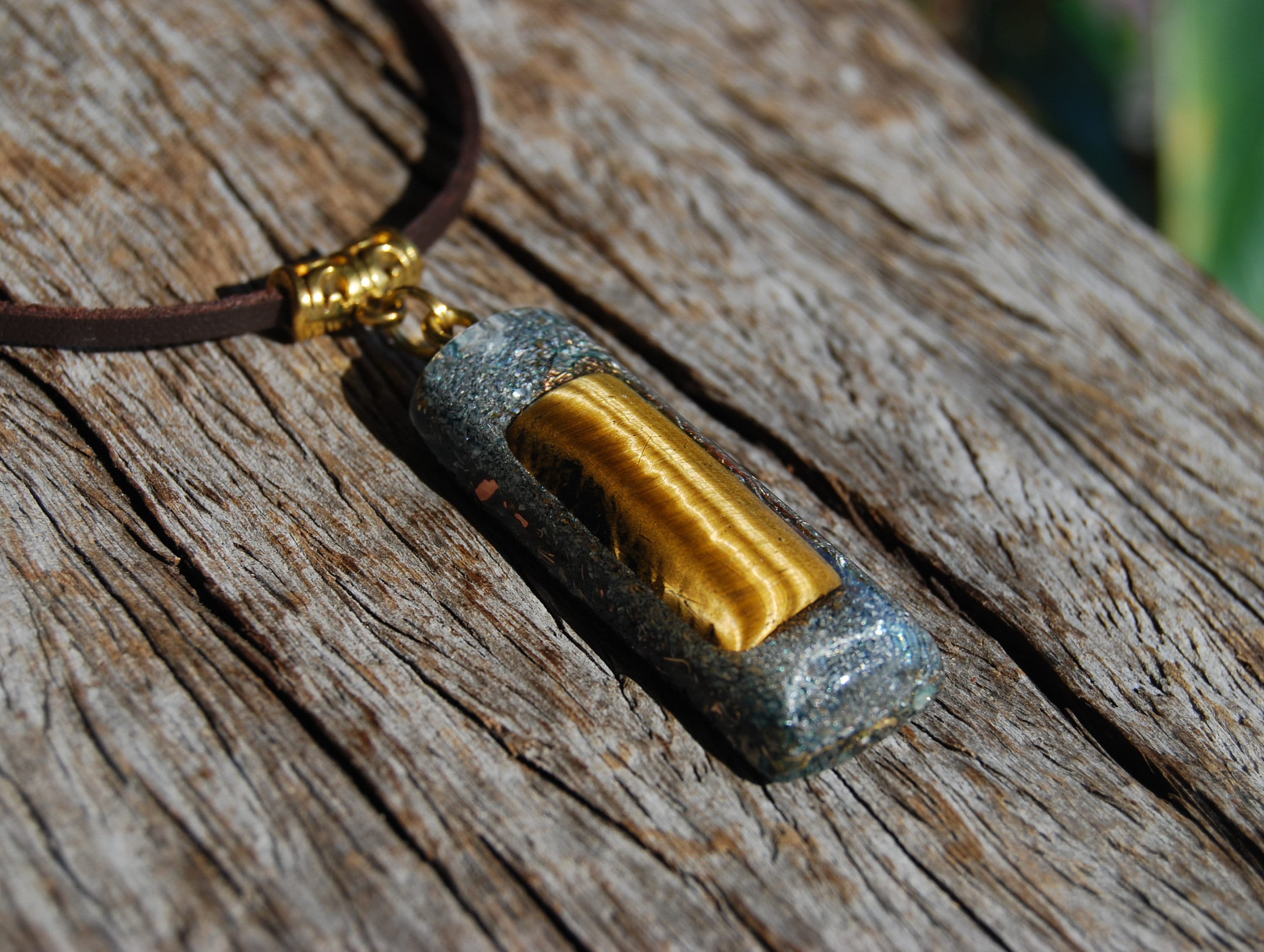 This lovely Orgonite® pendant contains aluminium, brass and copper shavings, Tiger Eye in the front and black Tourmaline, Rhodizite (for amplifying the other stones), Pyrite powder (to increase the overall power of the piece), Selenite pieces (keeps the energy fresh and cleanses and recharges the other crystals), and a small terminated clear Quartz point (for piezo electric effect) all within a durable resin setting.

This pendant is a little bit less thick then the other rectangle pendants.

It comes on an adjustable faux leather suede cord.

Superb craftsmanship with this pendant! Looks just like in the product pictures. It was dispatched right on time, trustworthy seller overall. Thanks!