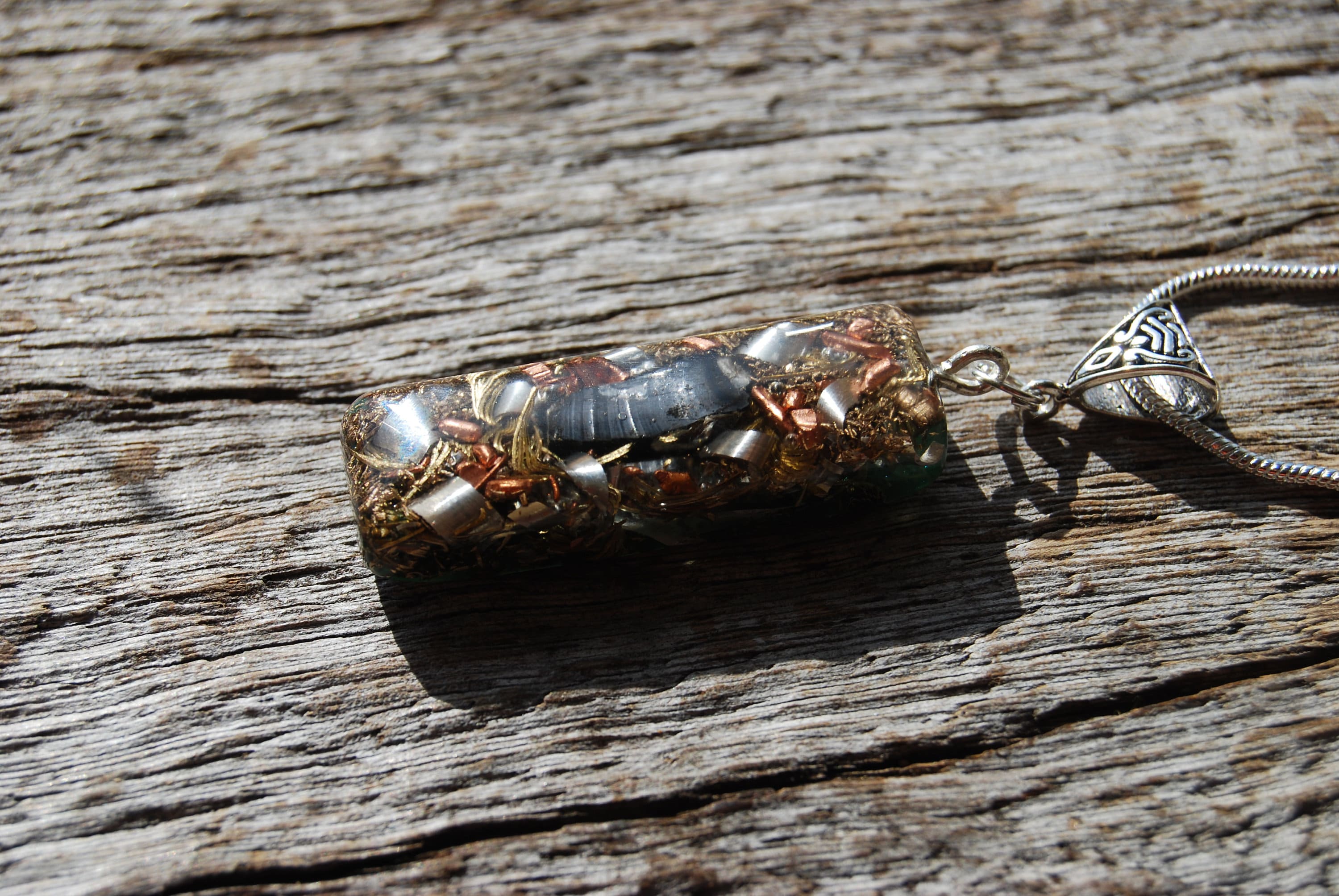 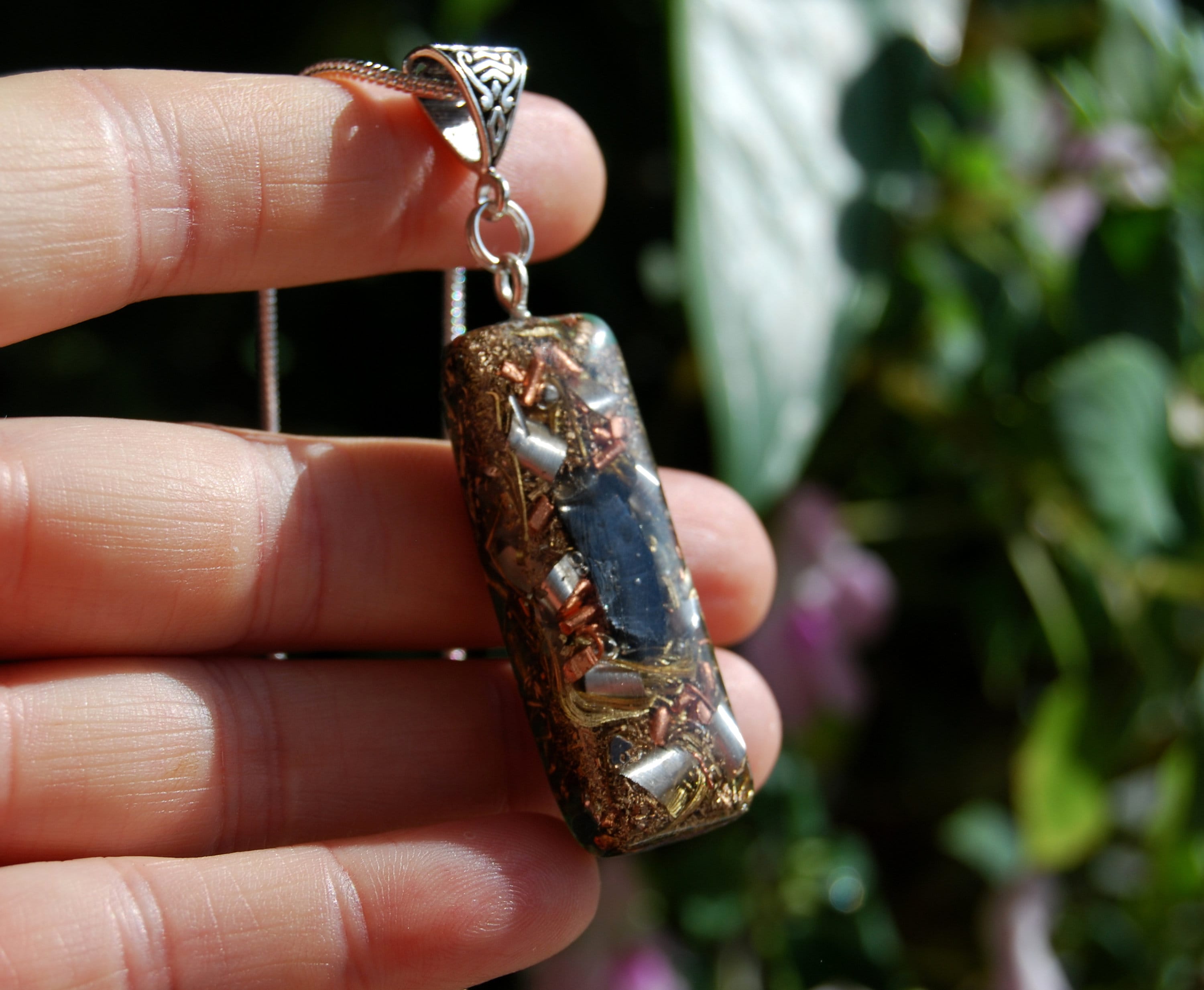 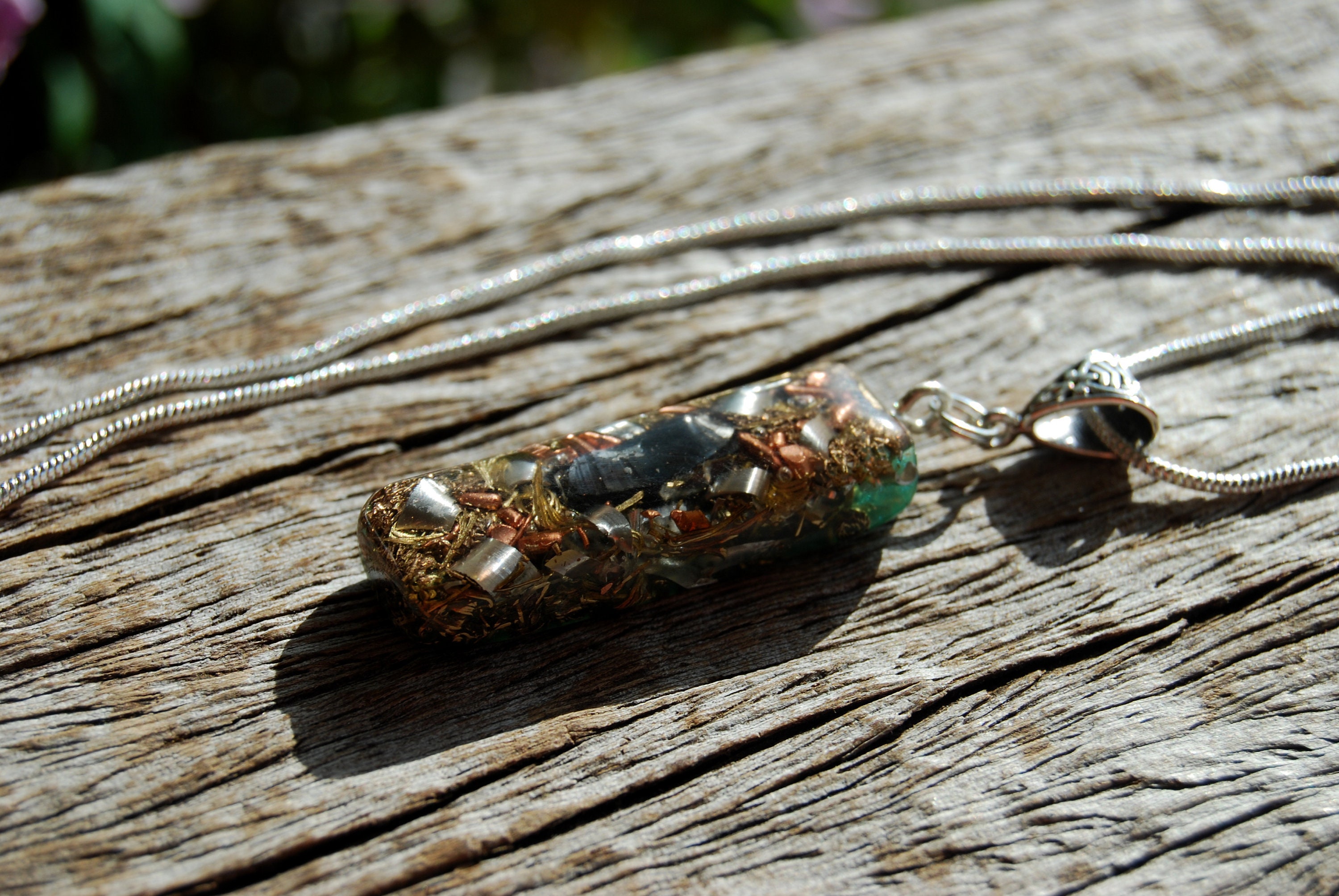 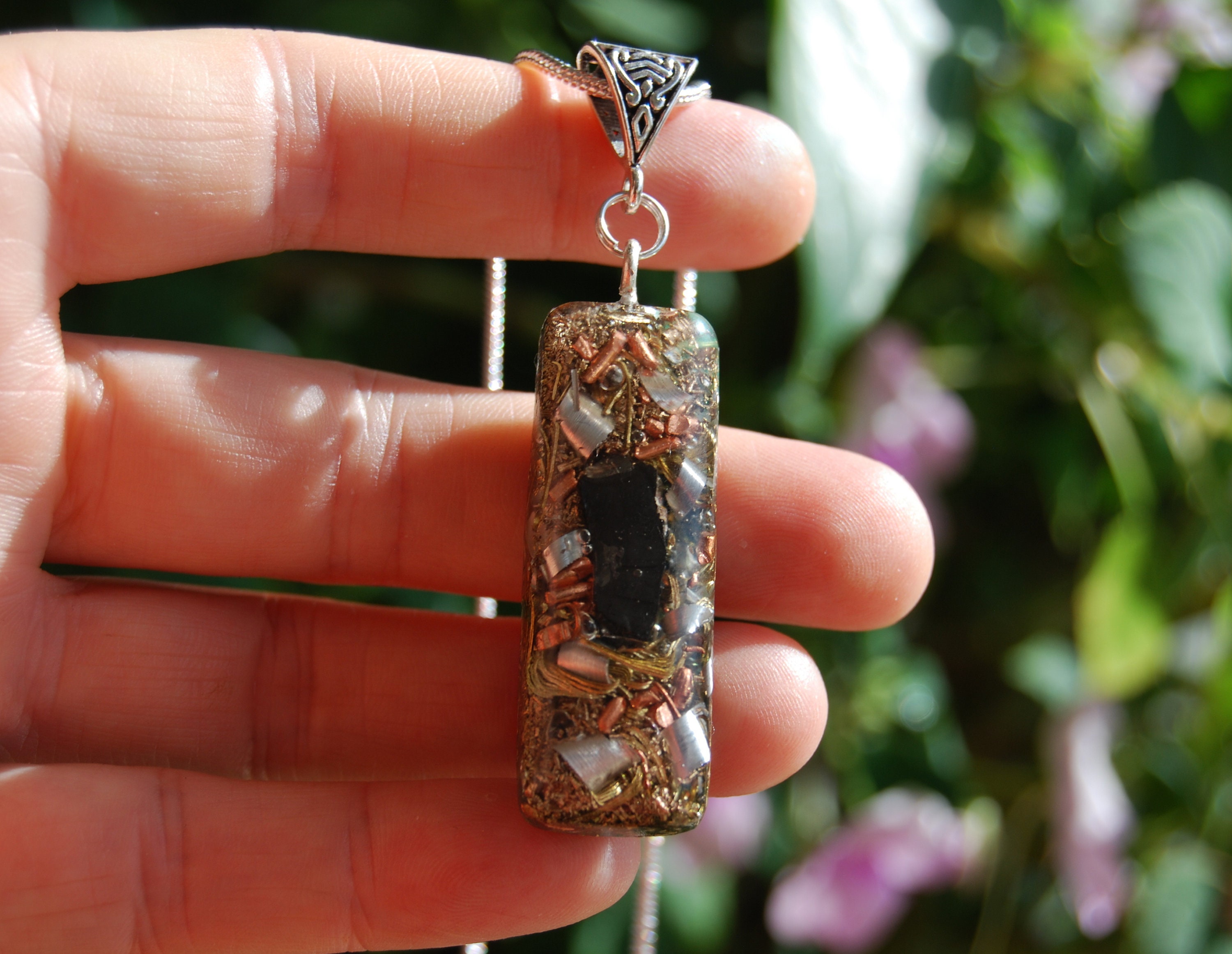 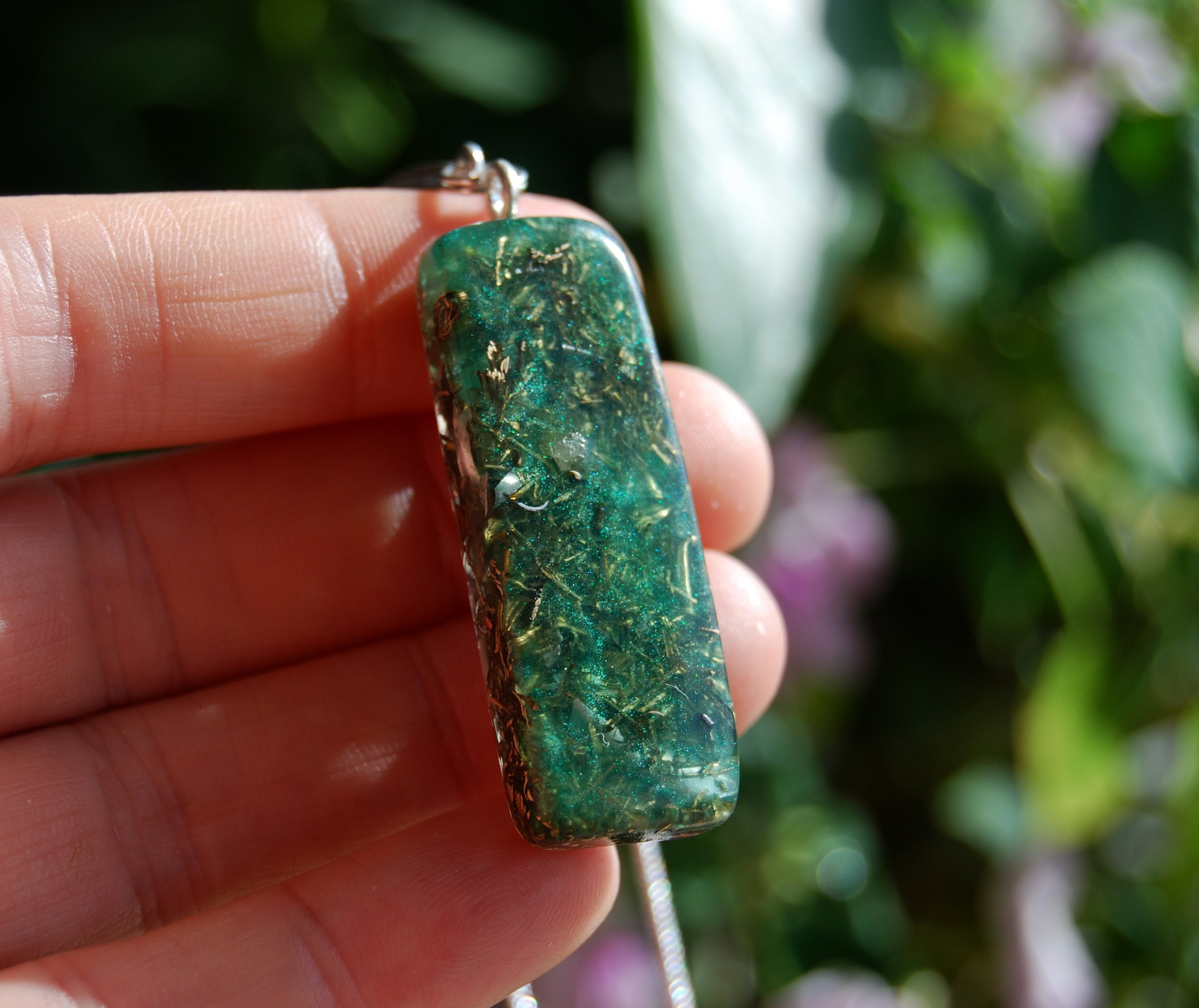 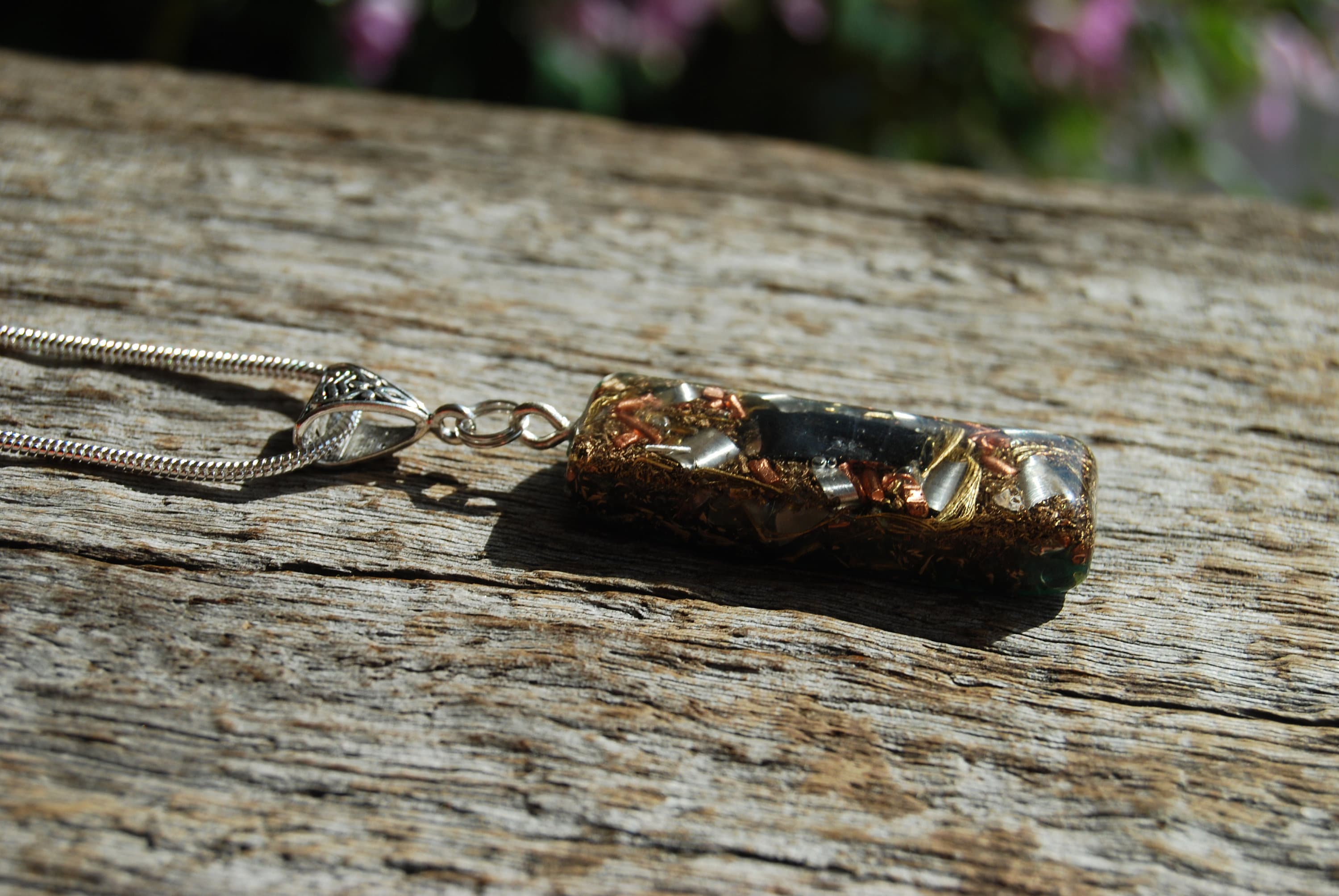 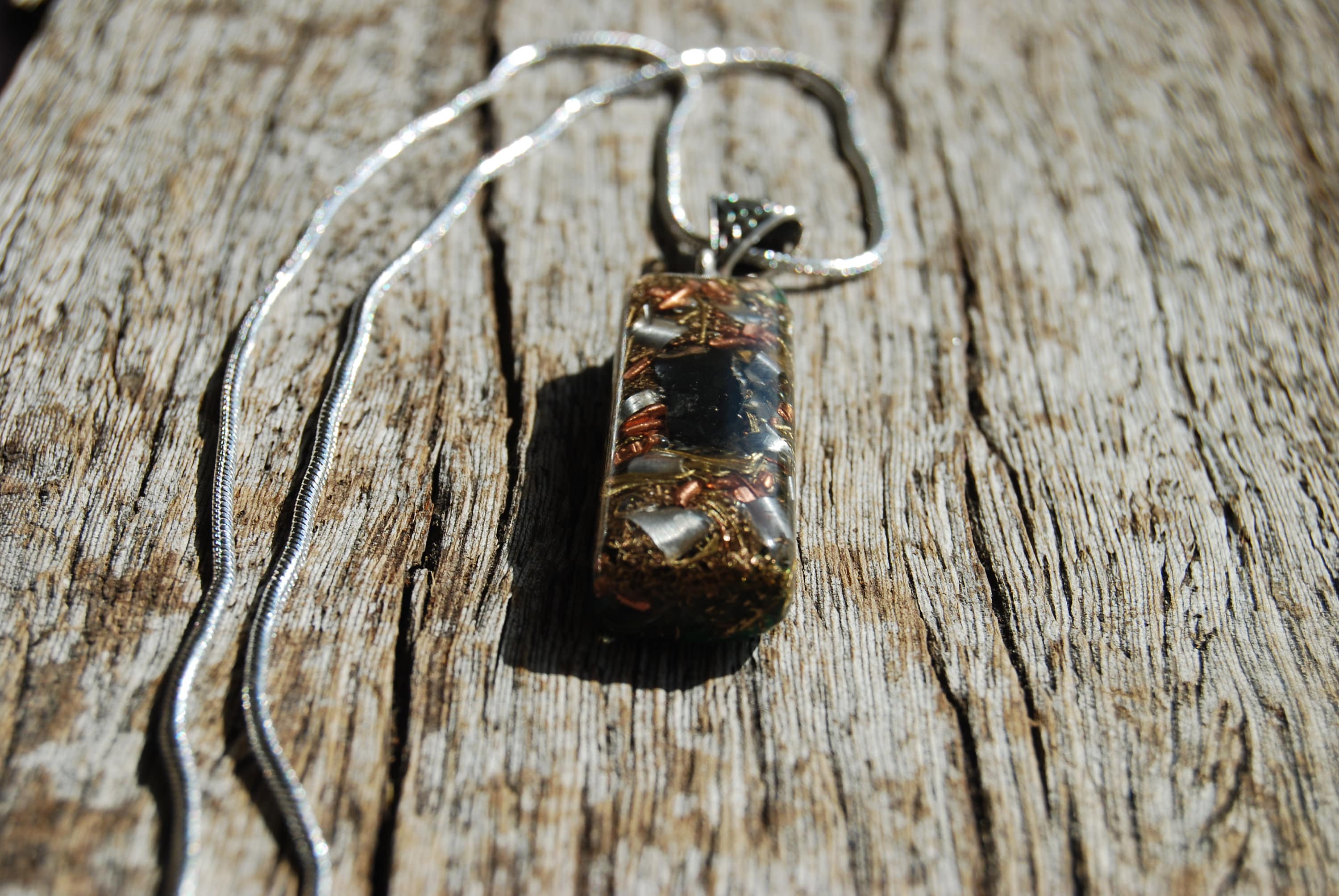 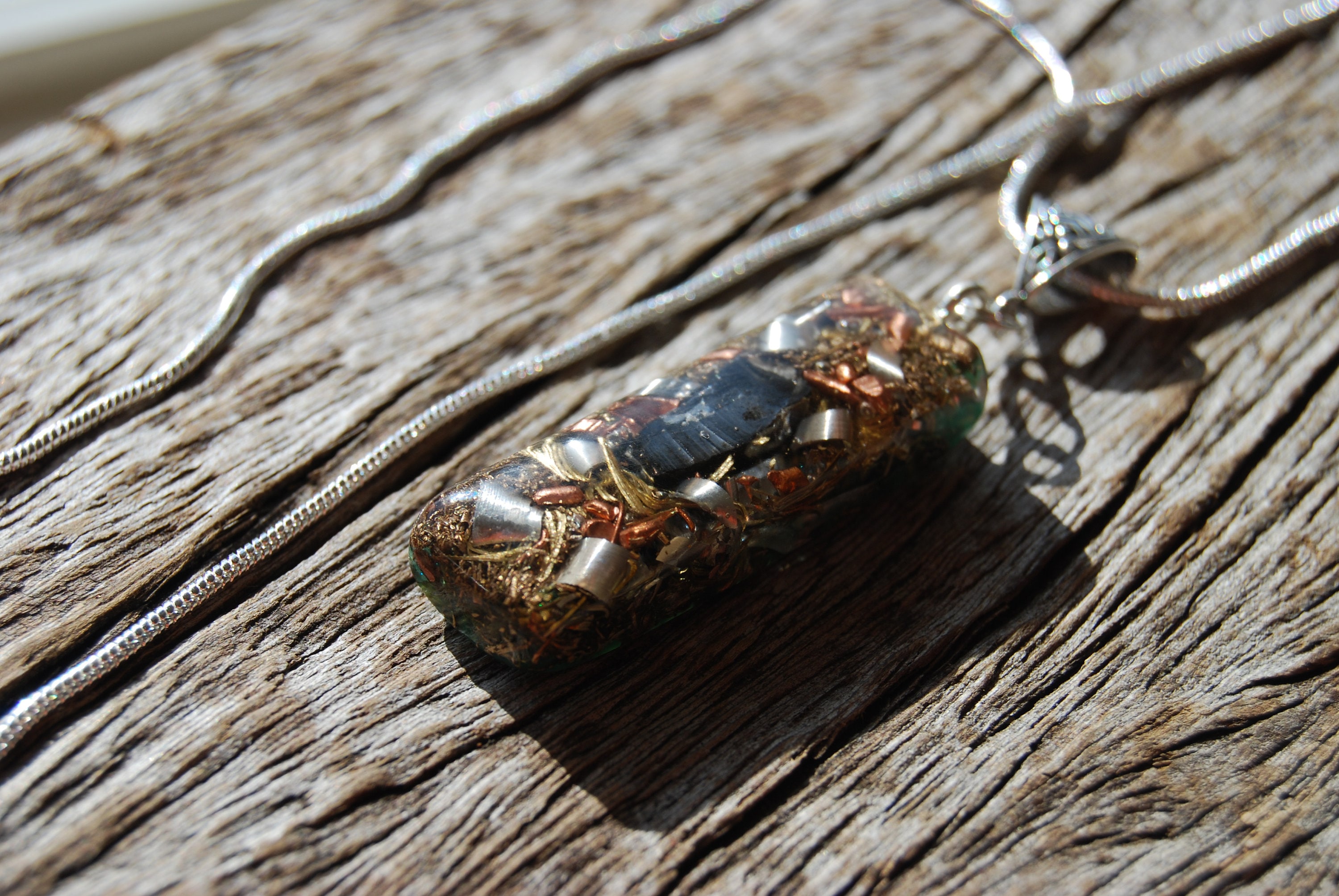 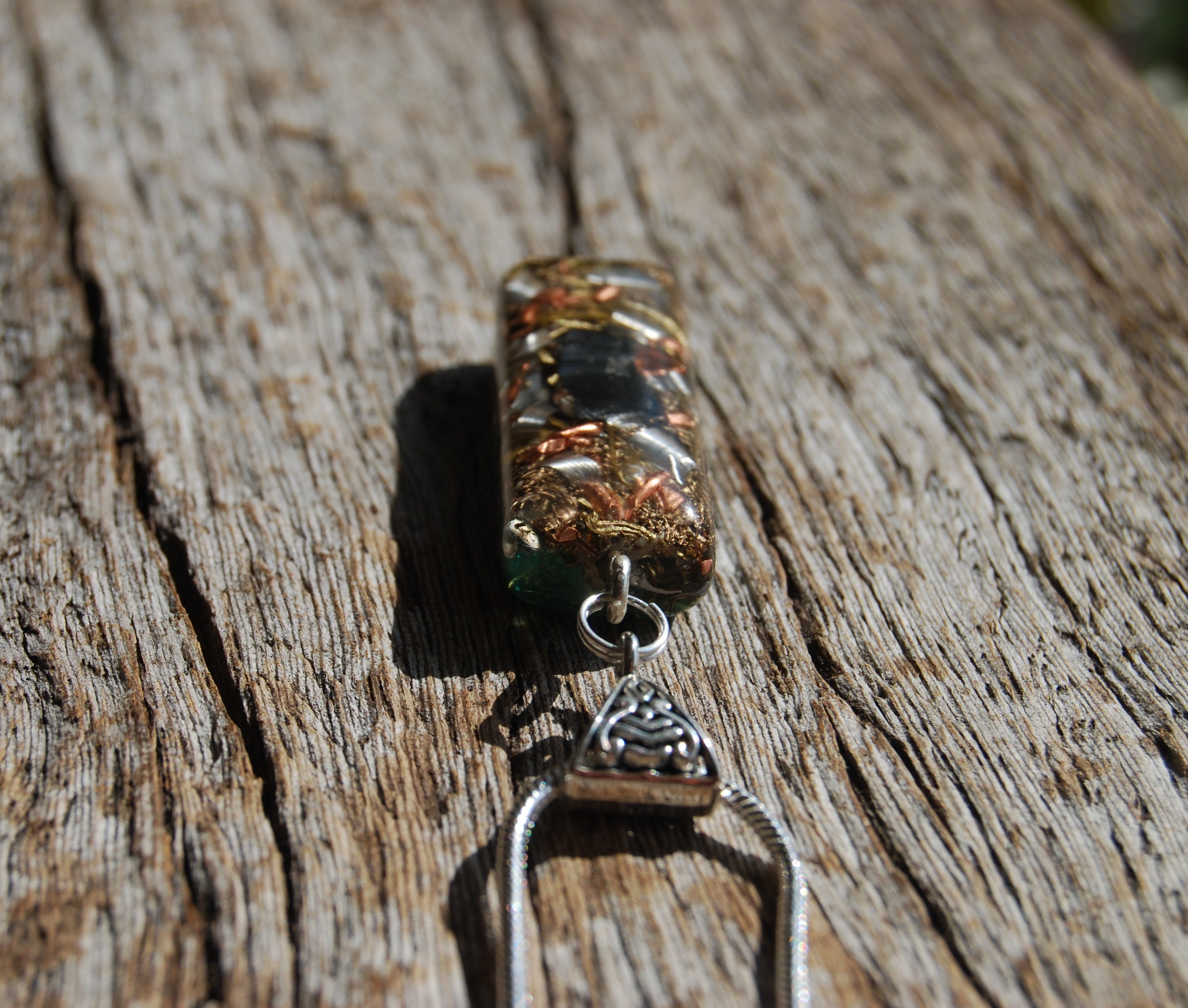 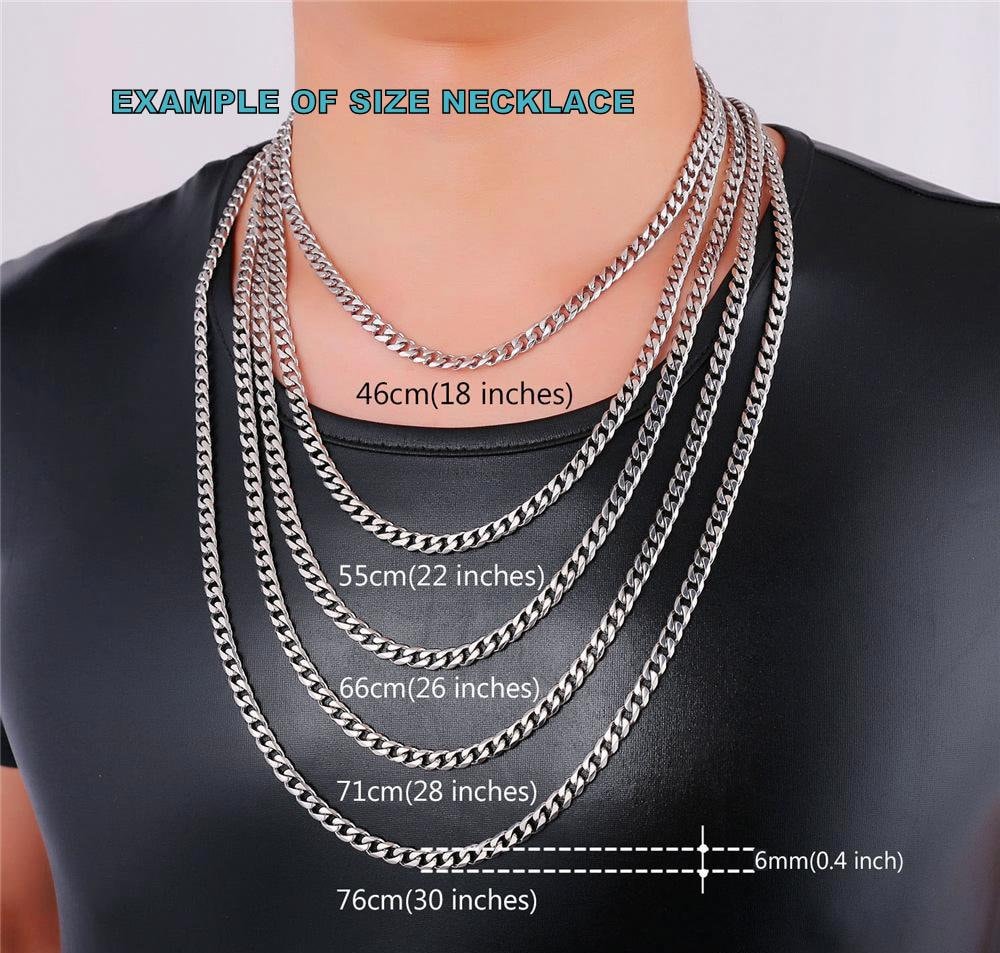 This lovely Orgonite® pendant contains aluminium, bronze, brass and copper shavings. The main stone is Elite Shungite (in the front). It also contains clear Quartz crystal (for piezo electro effect), Rhodizite (to amplify the other crystals), Pyrite (to enhance), Black Tourmaline (to ground and remove excess energy) and Selenite (clean and charges the other crystals) all within a durable resin setting.

It comes on an 22 inches / 56 cm 925 sterling silver plated necklace with lobster clasp closing. See picture to see how this size looks.