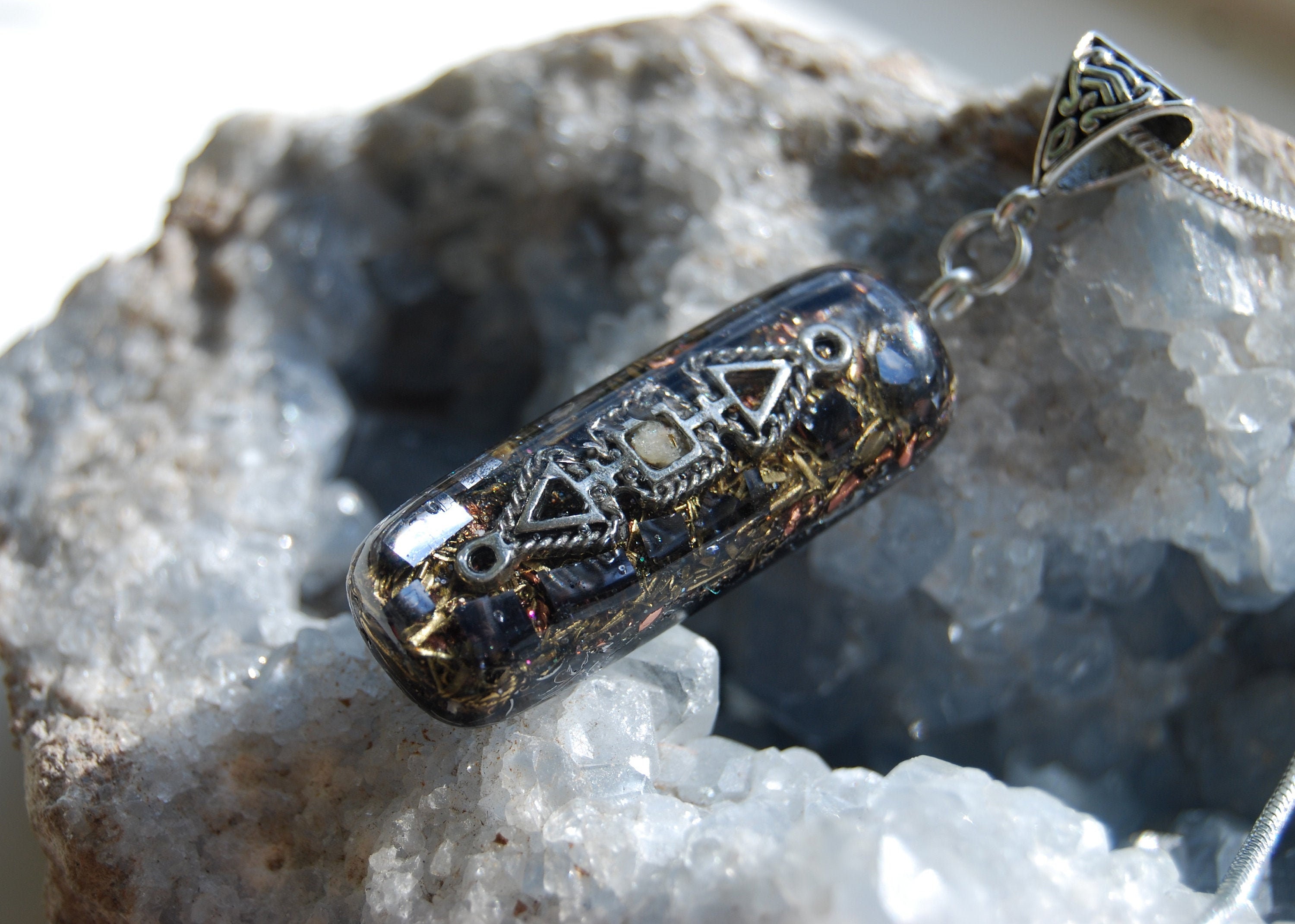 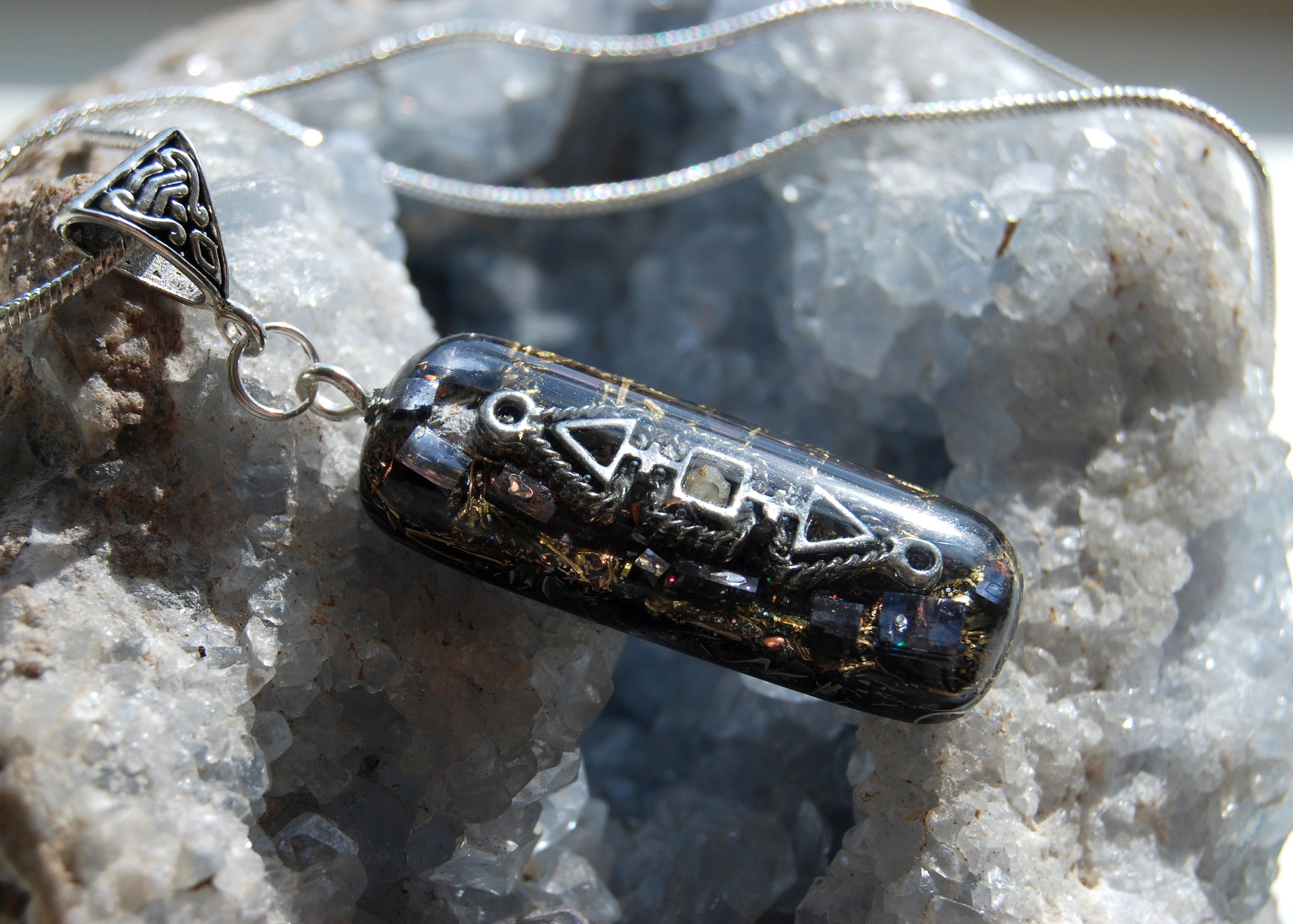 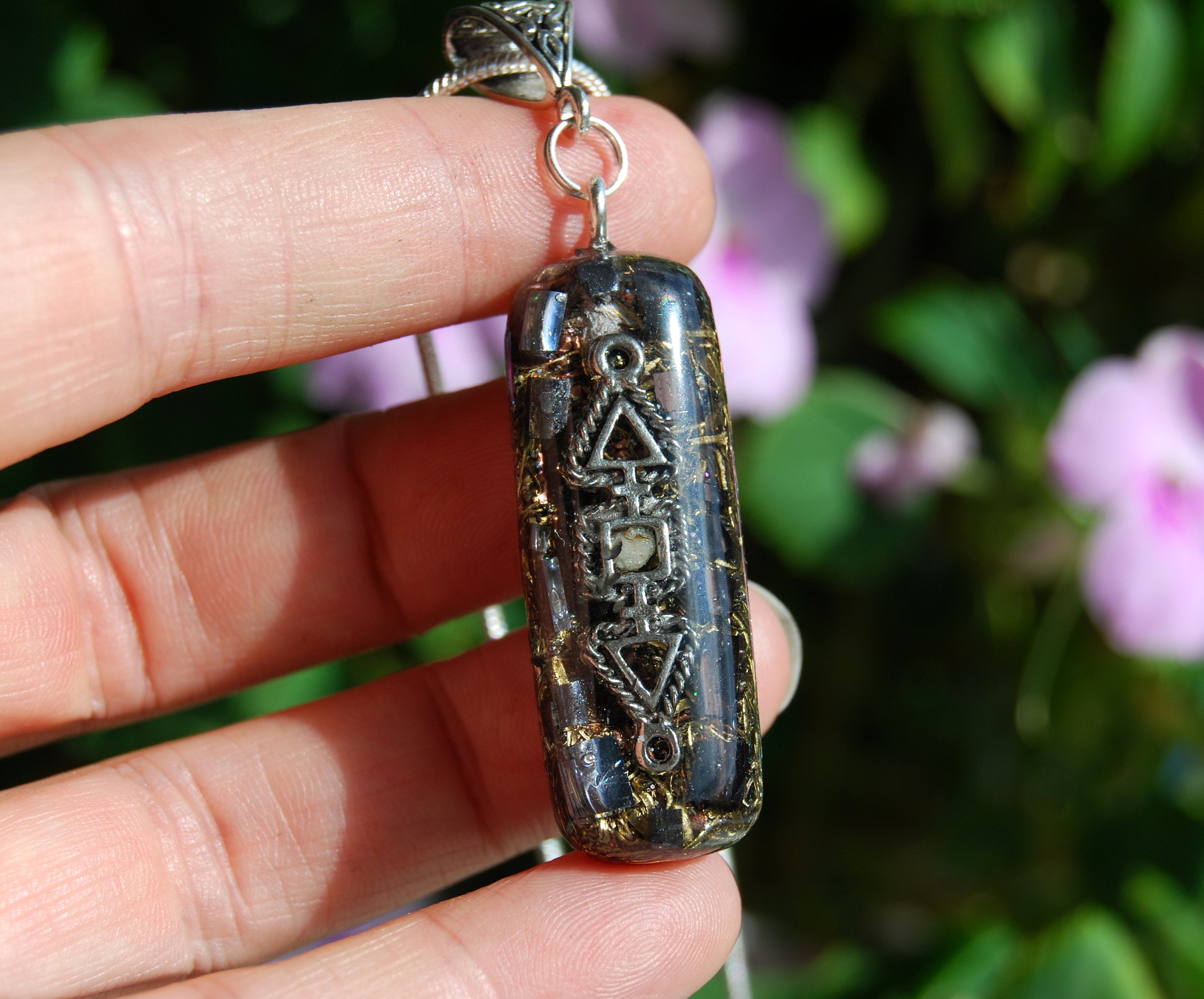 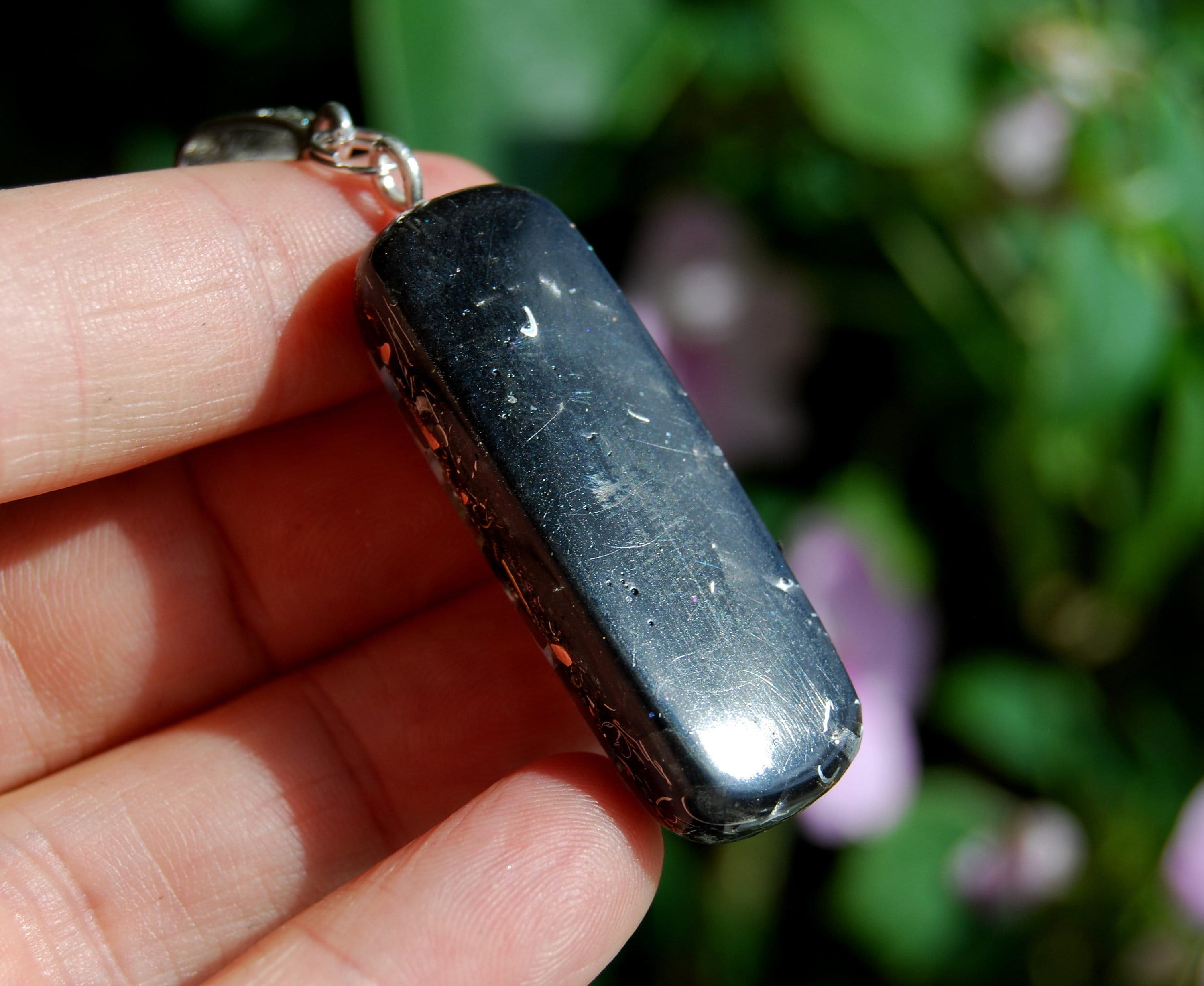 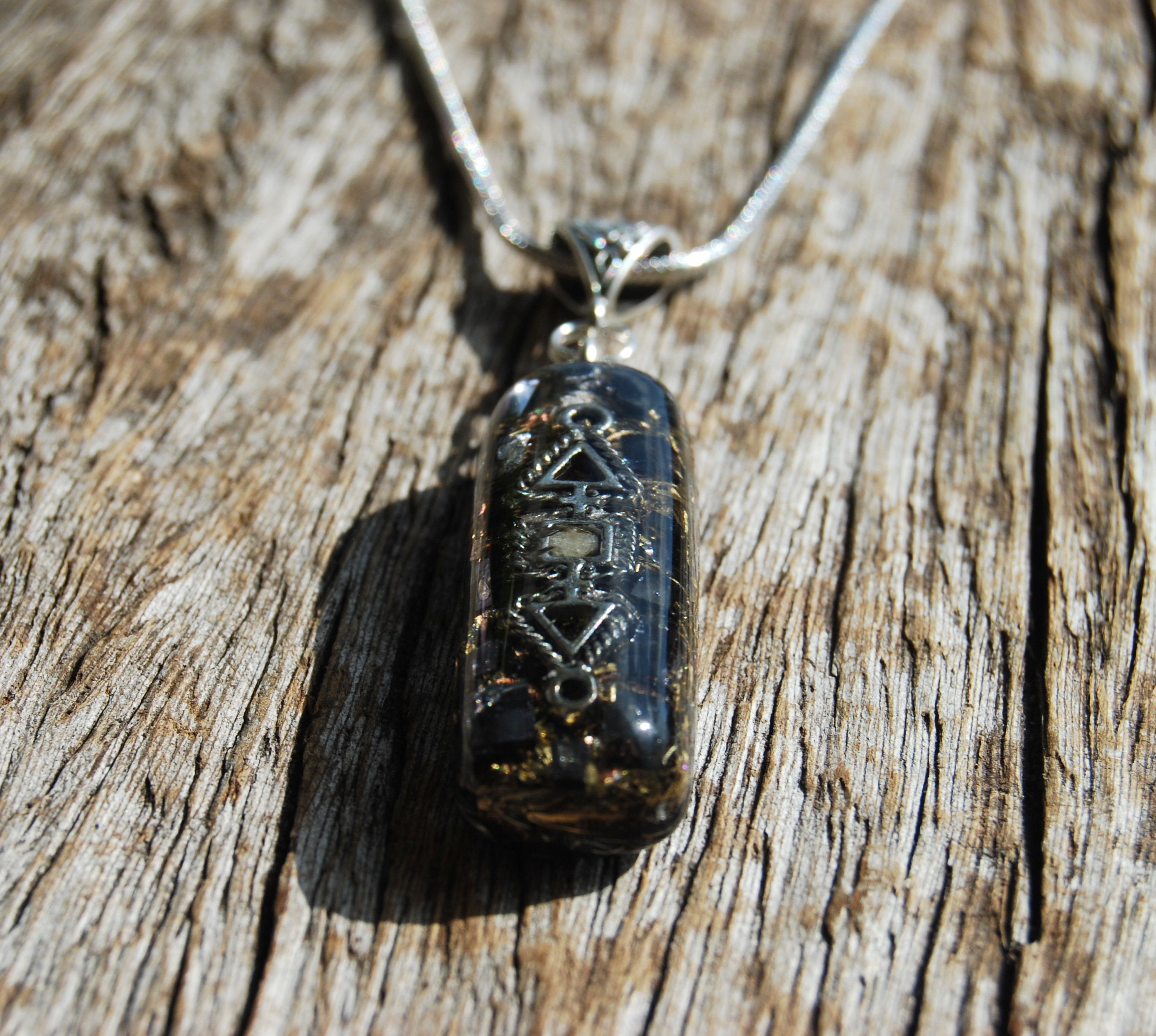 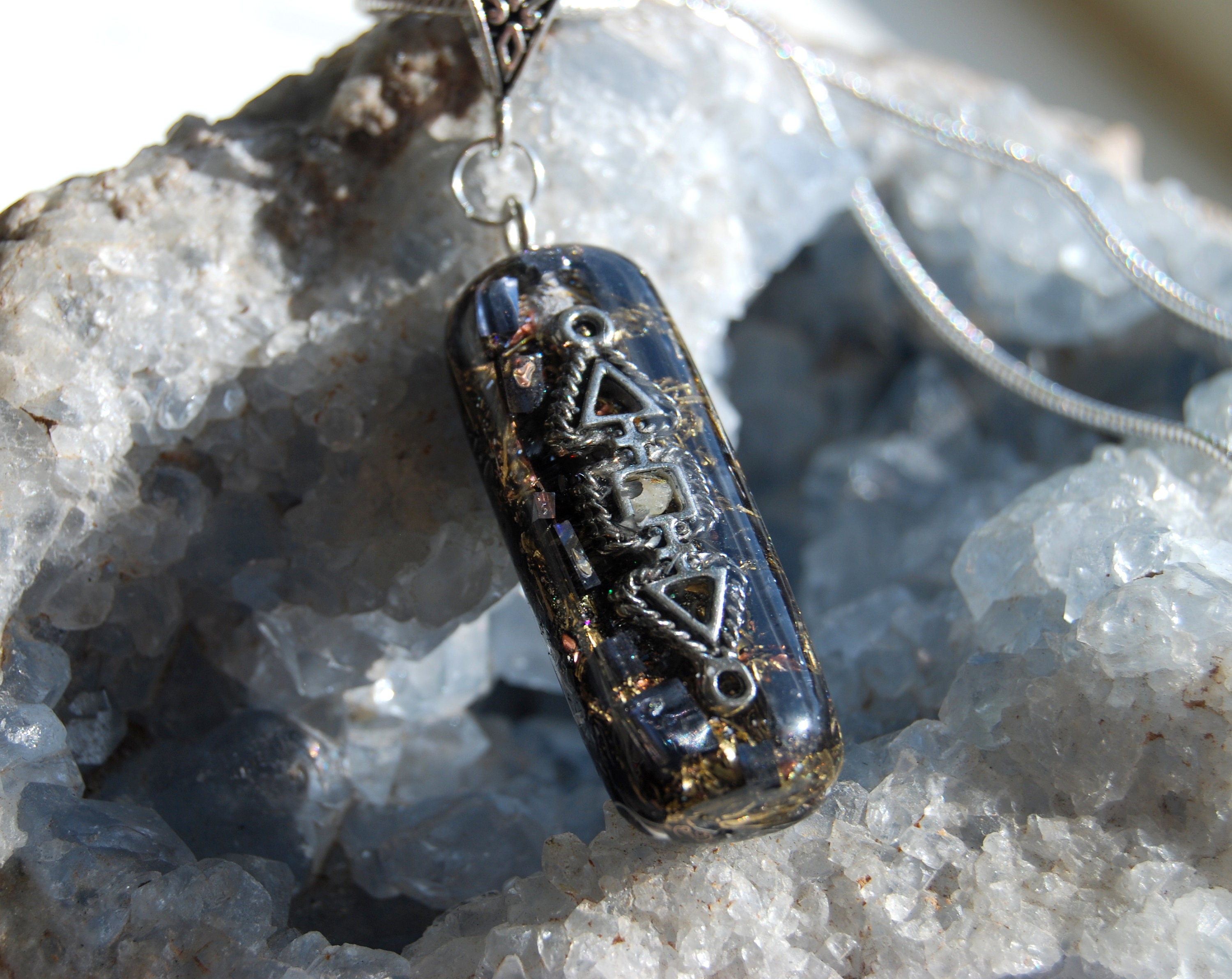 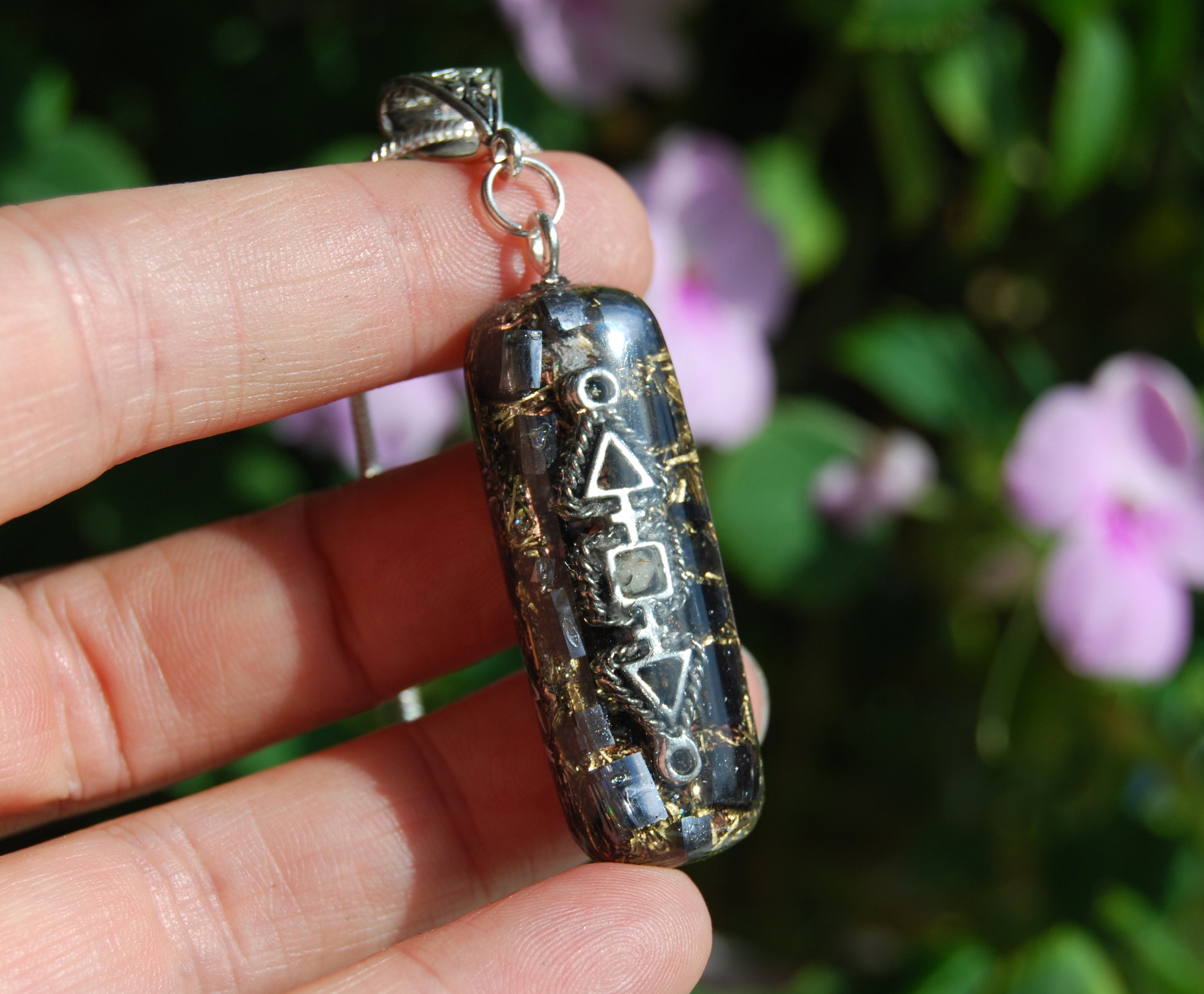 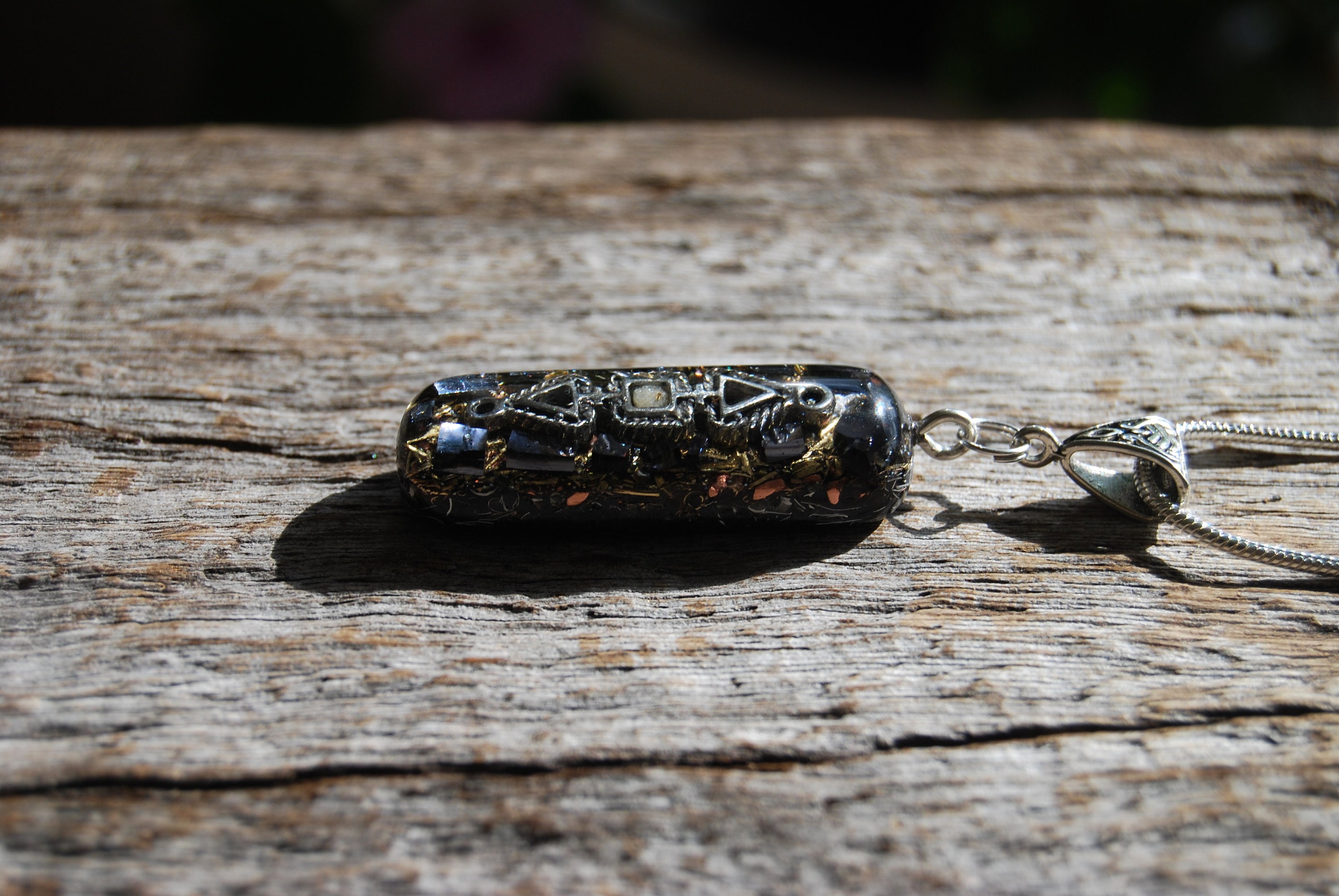 This lovely 4.4 cm (1.7") orgonite® pendant is made out of lots of brass, bronze, aluminium and copper shavings which is required for the orgonite® to properly remove stagnant energy according to William Reich's research.

The main stone is raw Galena pieces meticulously laid out in the front. It furthermore contains Rose Quartz (self love), Pyrite (front) (to enhance and protect), black Tourmaline (front) (to protect and ground excess energy) ,Rhodizite (to amplify), Selenite (to clean and charge) and clear quartz (for piezo-electric effect) all within a durable resin setting.

The symbol in the front has no particular meaning as far as I know. It's there for decorative purposes. You will get the pendant as shown in the pictures.

Galena is the principle ore of lead and an important source of silver. Galena provides grounding and enhances the centering of one’s energies. It is a stone of harmony, stimulating interaction on all levels, and assisting in the decrease of self-limiting ideas. Promotes holistic, homeopathic and herbal medicine studies. Galena used to open pathways between the physical and ethereal bodies in order to allow for the alignment of energies and the stimulation of the nervous system.

Because it is a one of a kind hand-crafted one, it may have slight artistic imperfections.
It comes on a 20 inches / 54 cm 925 sterling silver plated necklace with lobster clasp closing.

So happy to get my pendant! It was long journey for it but it’s worth it! Quality is great!