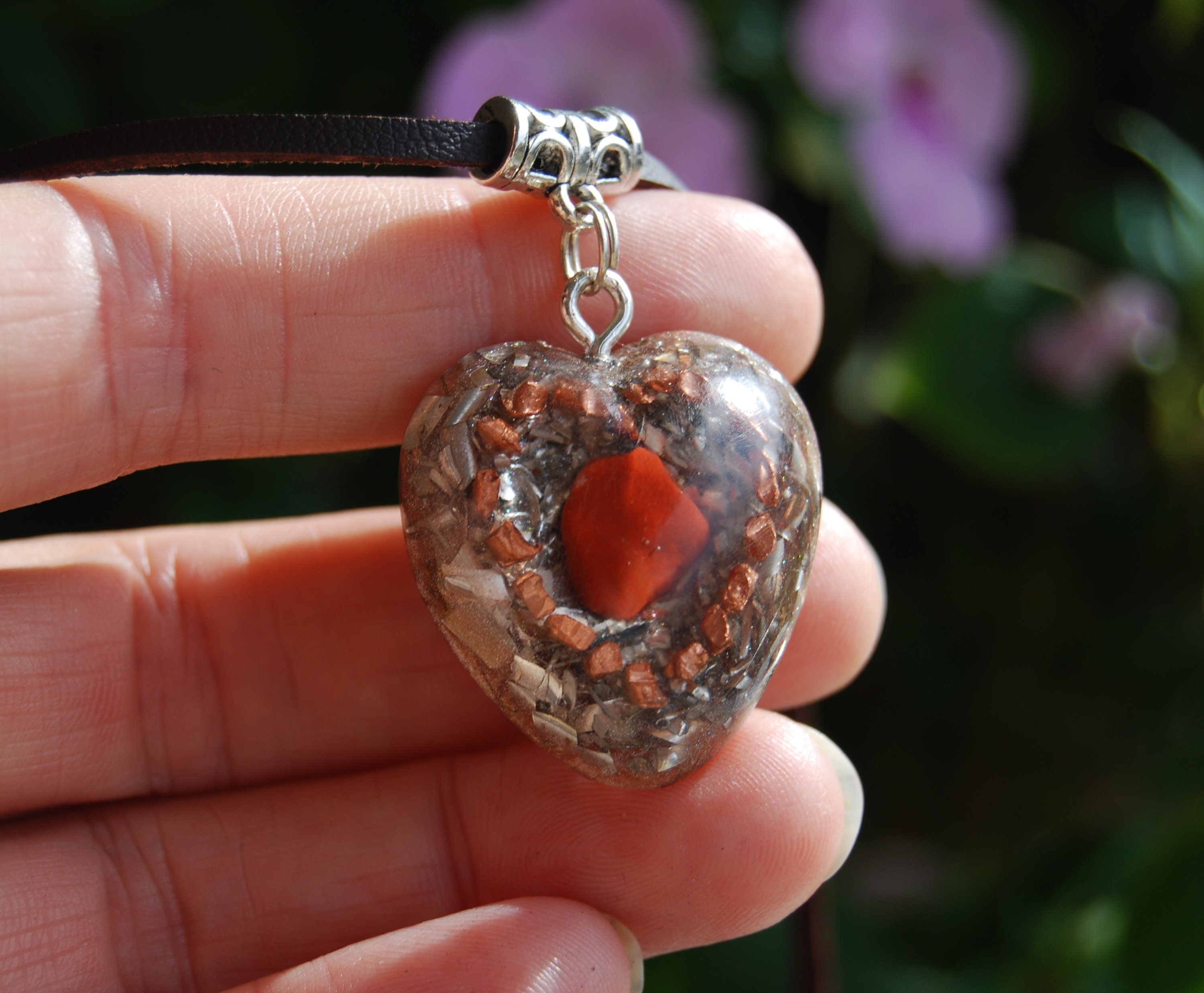 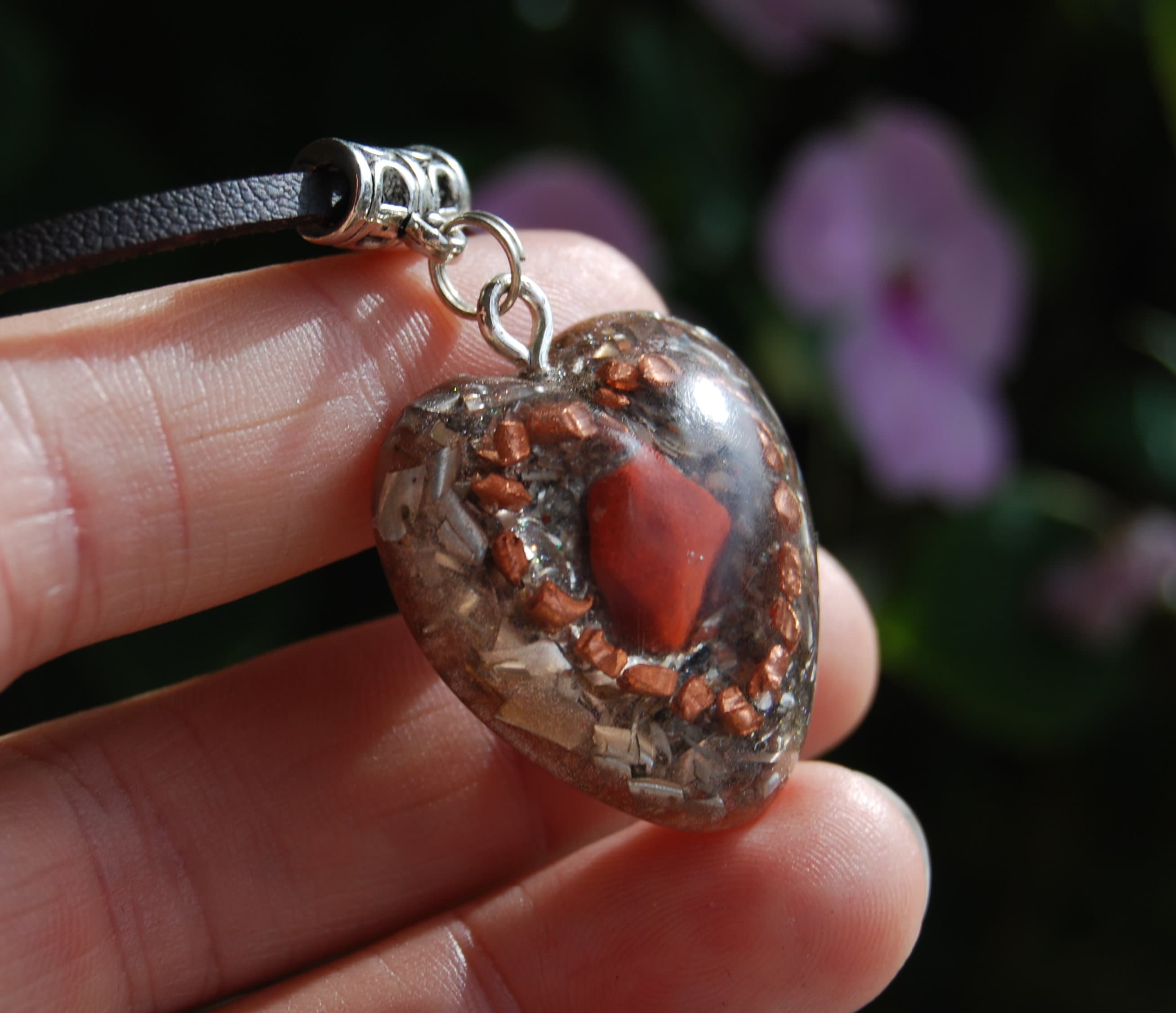 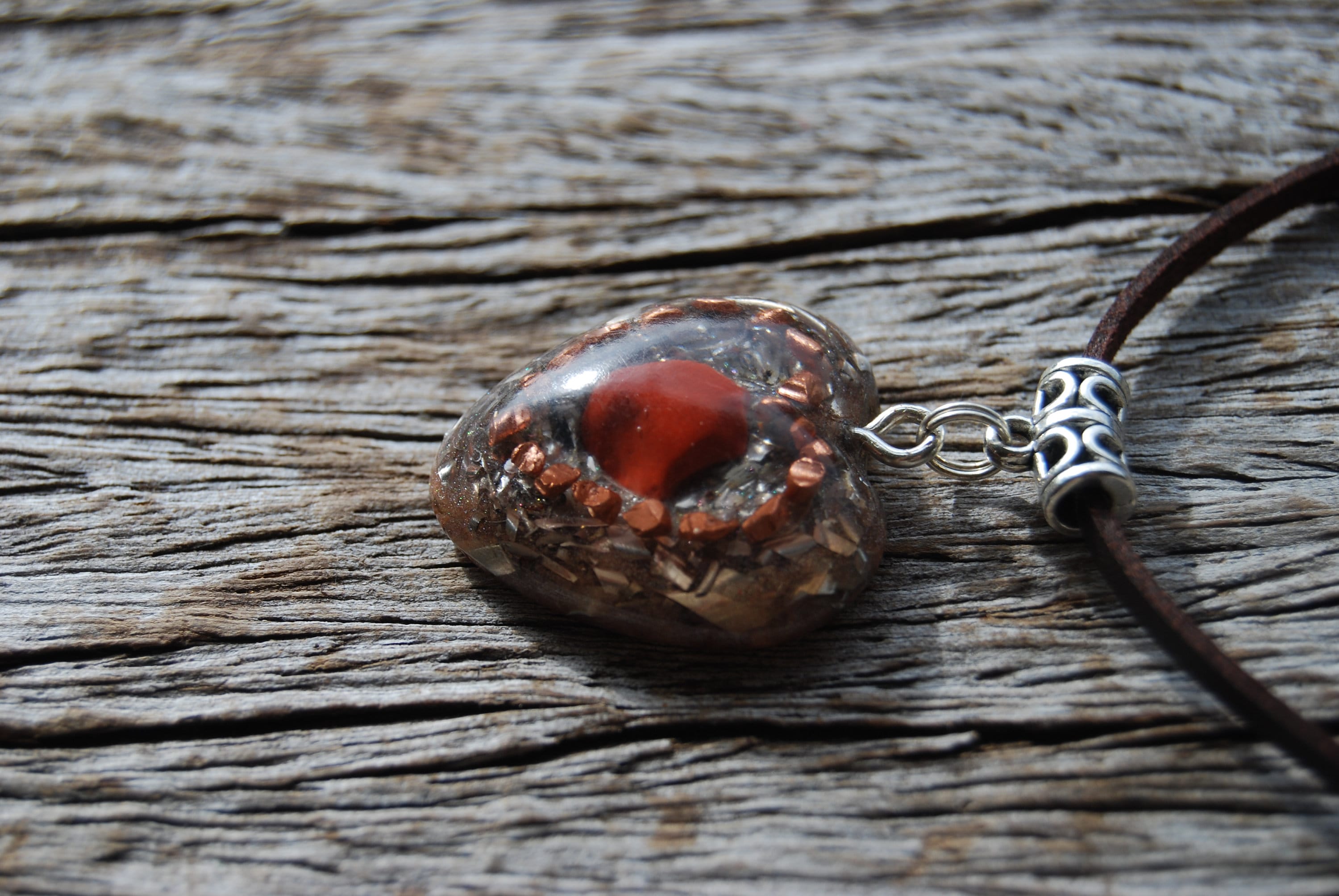 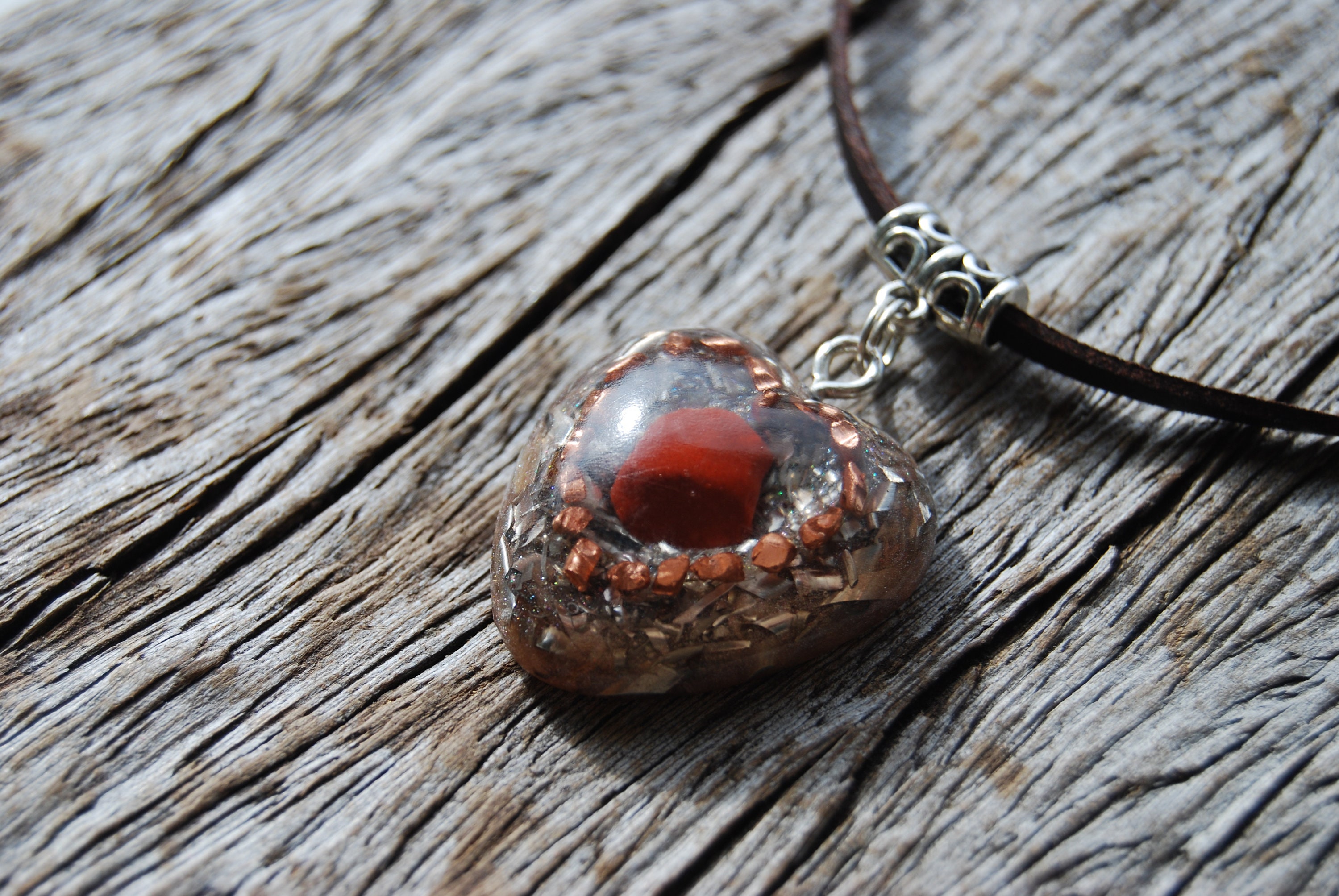 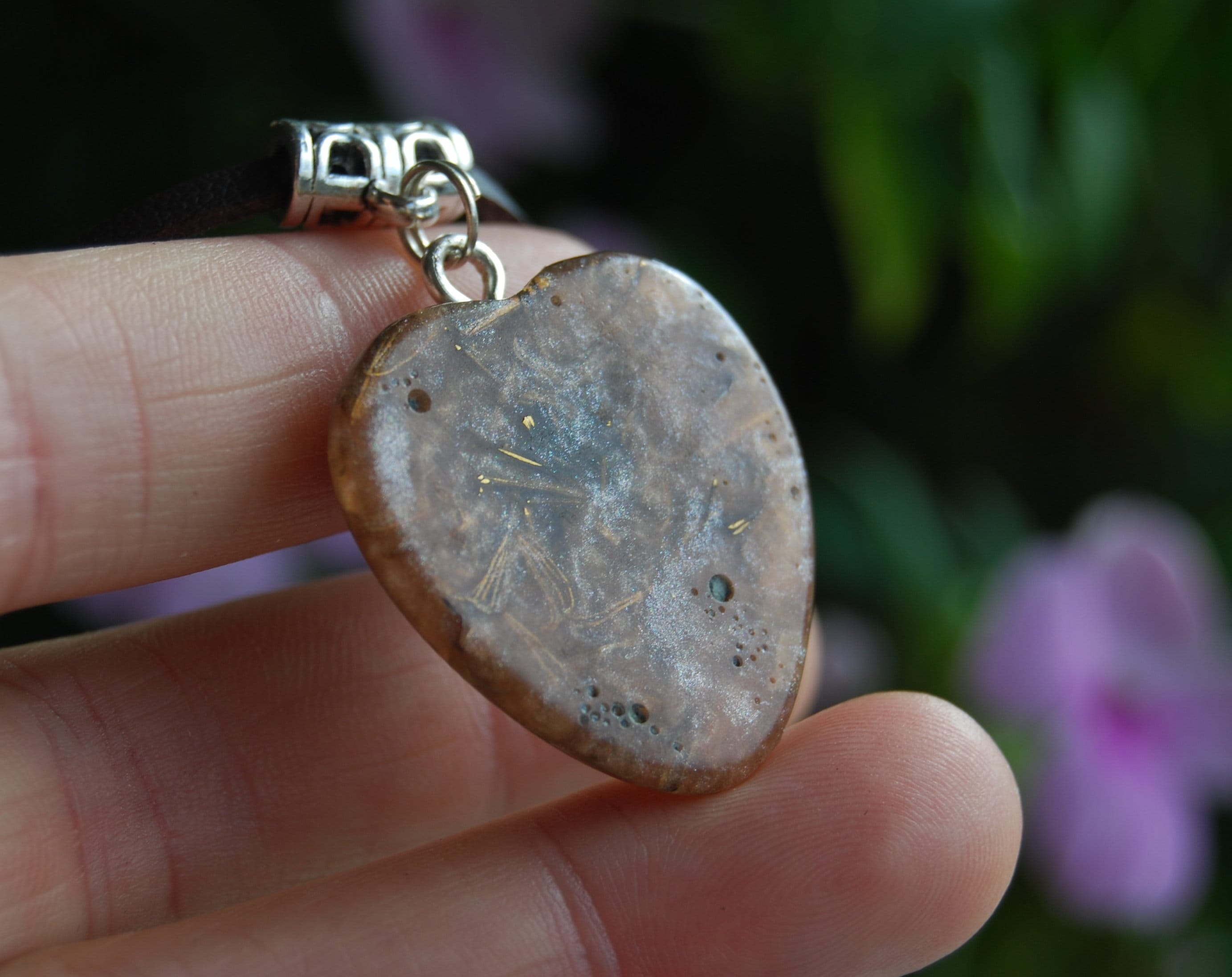 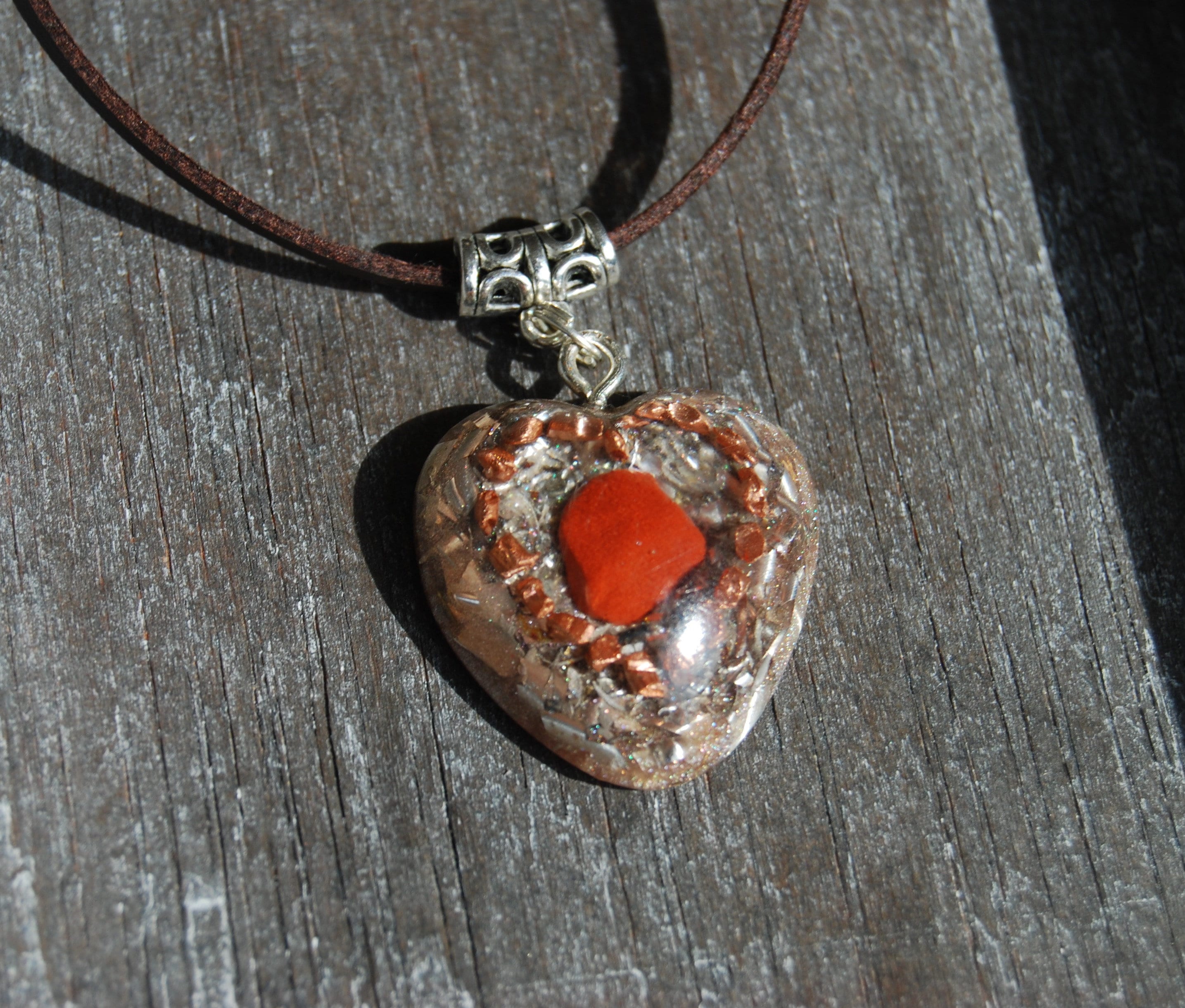 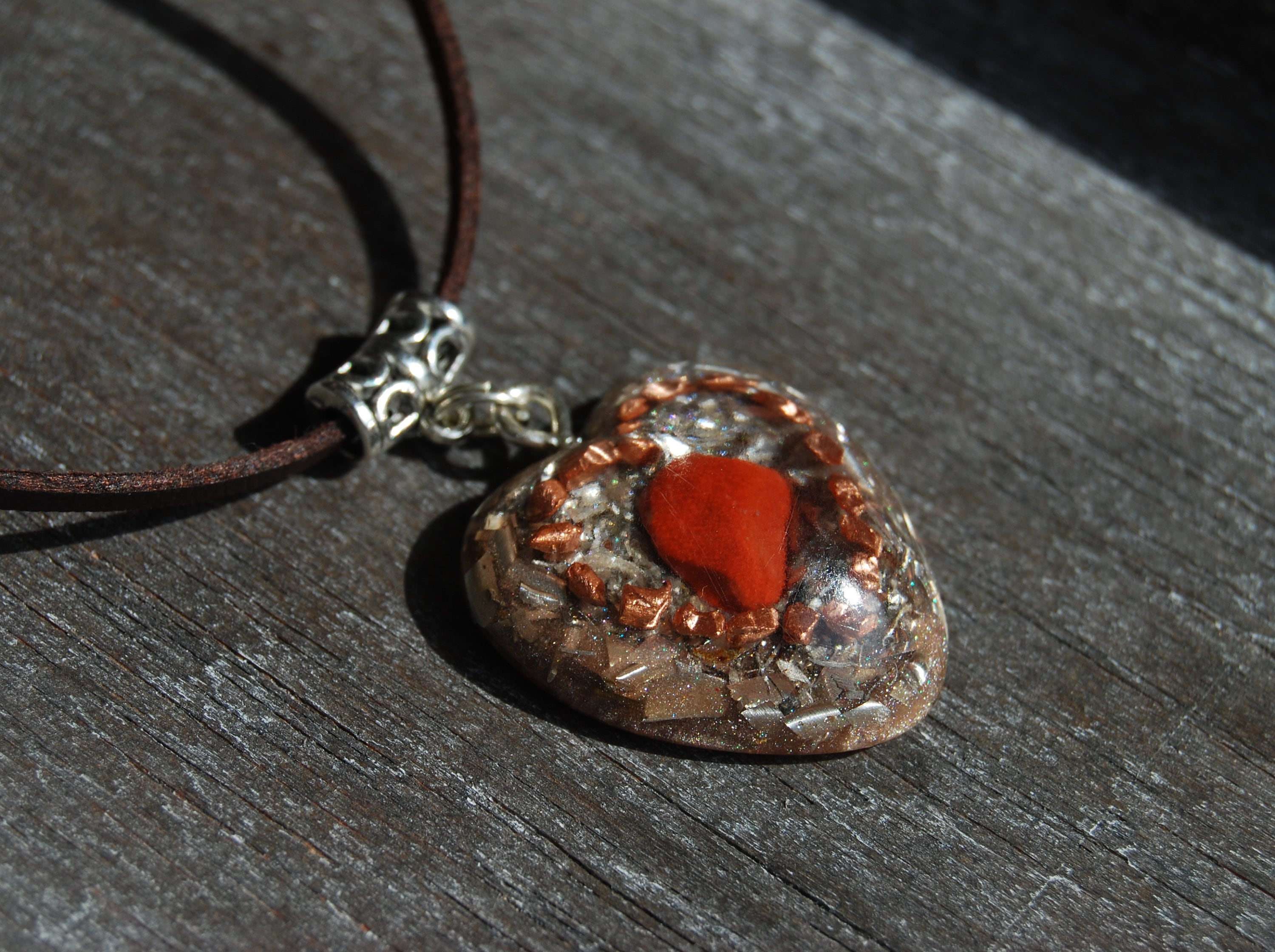 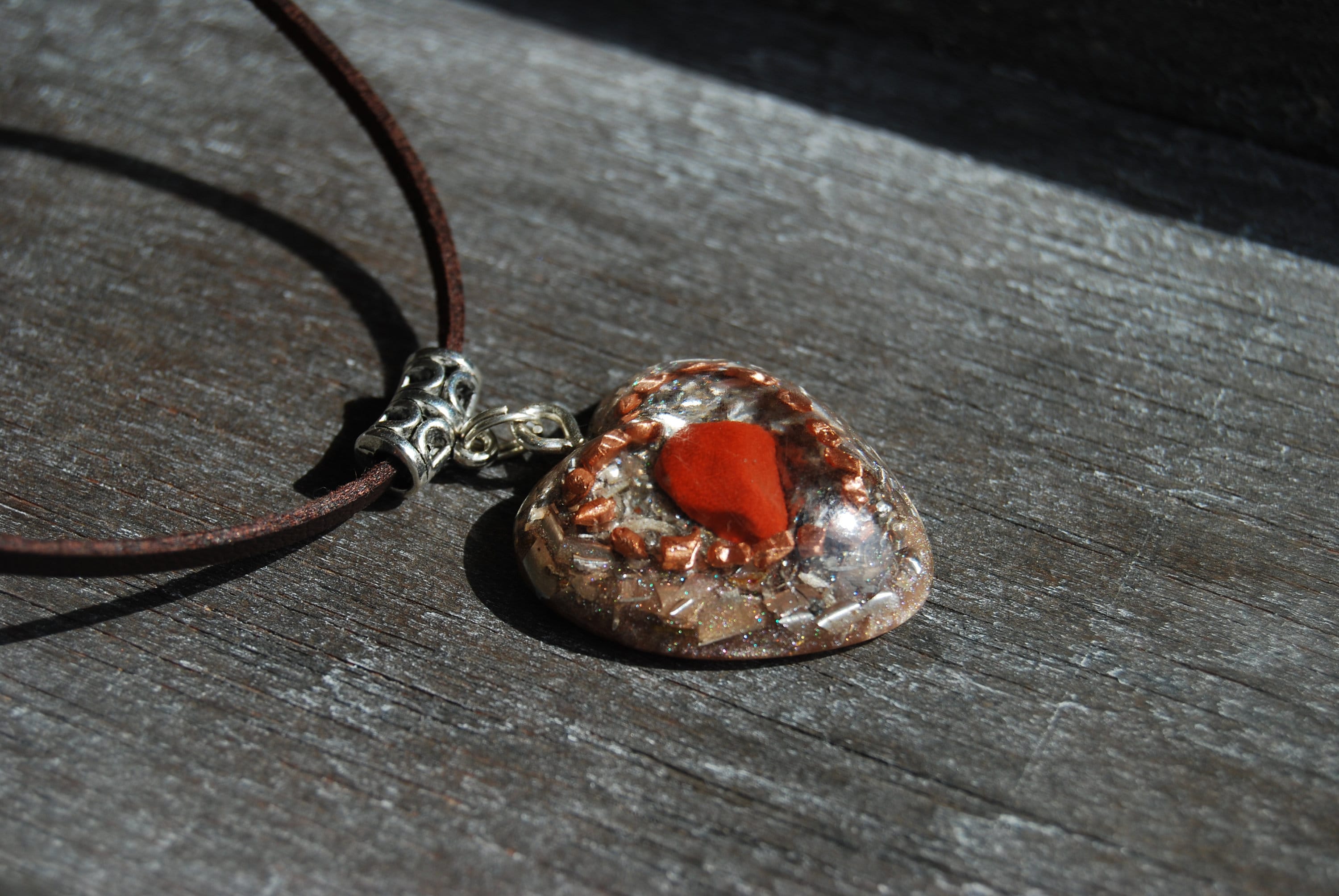 This lovely heart shaped Orgonite® pendant contains brass, aluminium, copper and bronze shavings. The main stone is a red Jasper which is surrounded by pure copper pieces. It also consists of clear quartz, black Tourmaline and Selenite all within an organic resin setting.

It comes on an adjustable (vegan) faux suede/leather cord.

My girlfriend loved the necklace I bought from her. The finish is perfect and looks amazing on her!