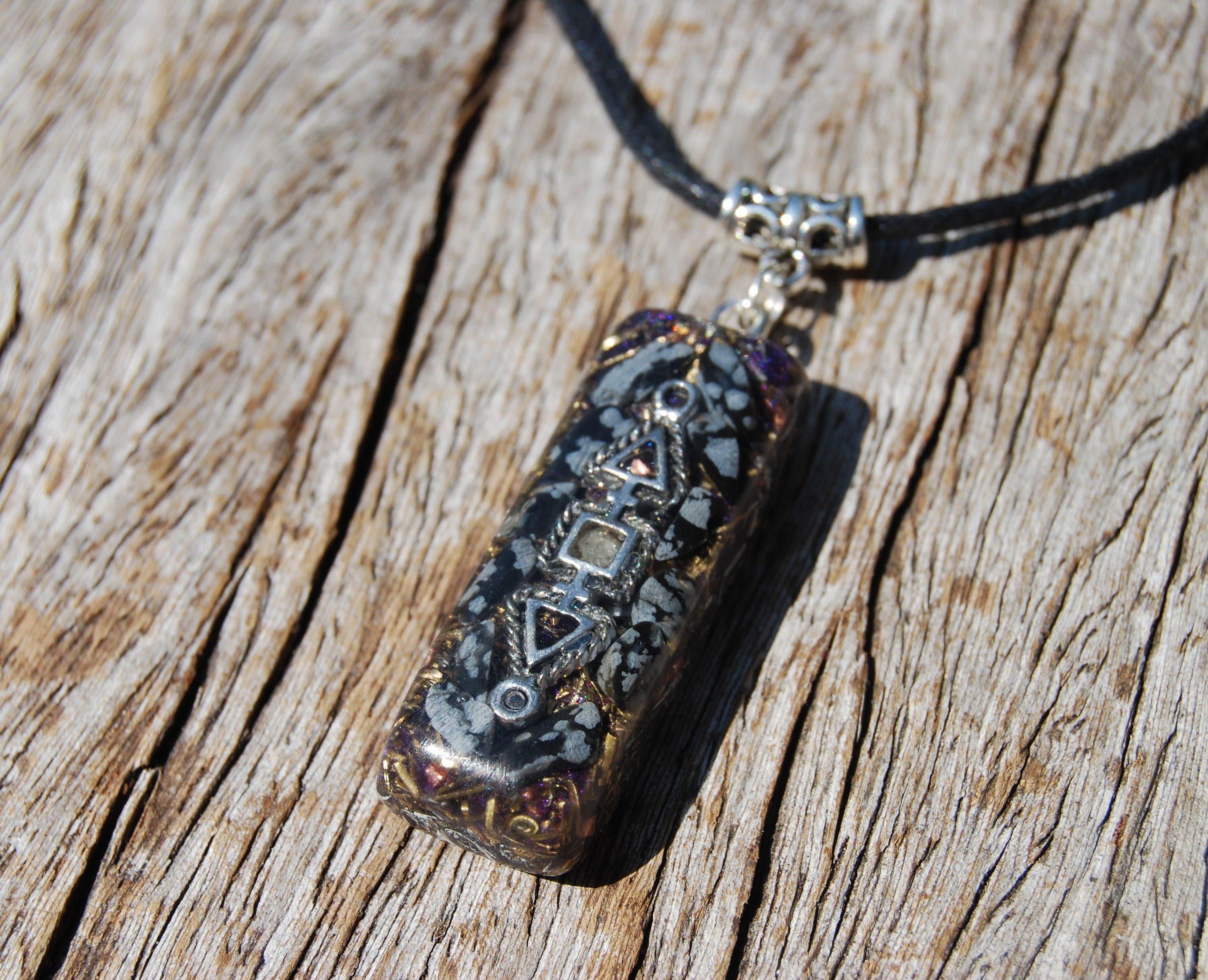 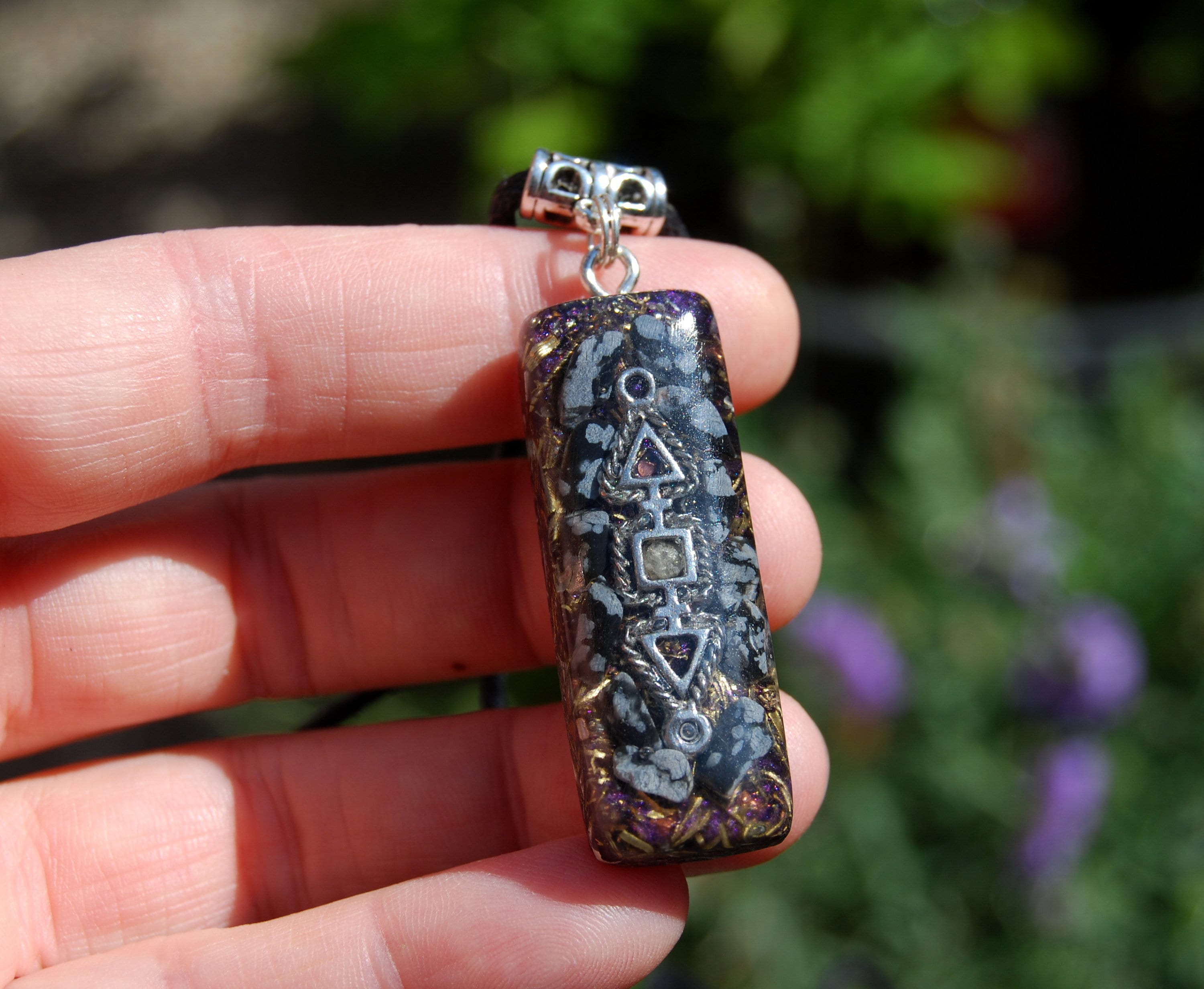 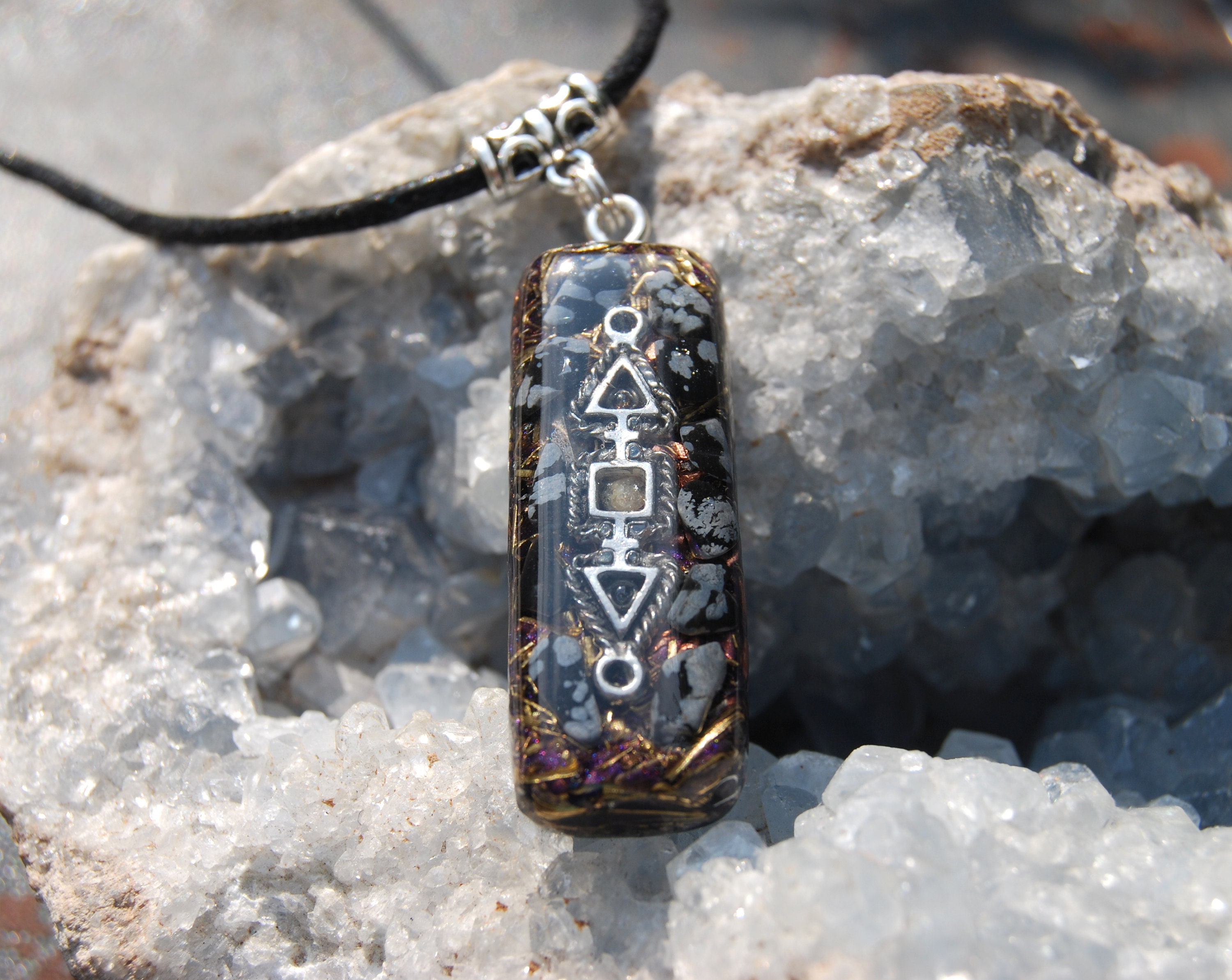 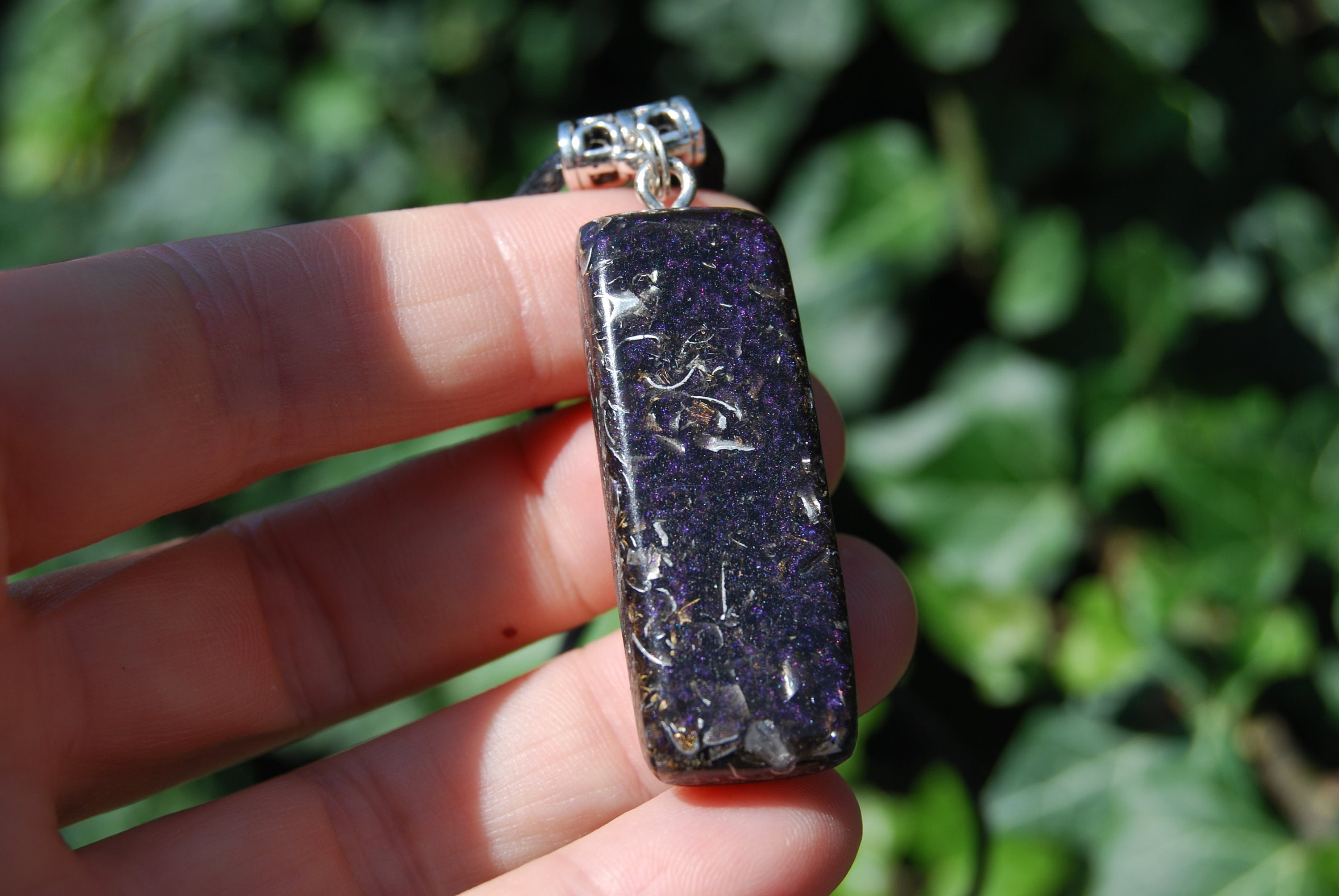 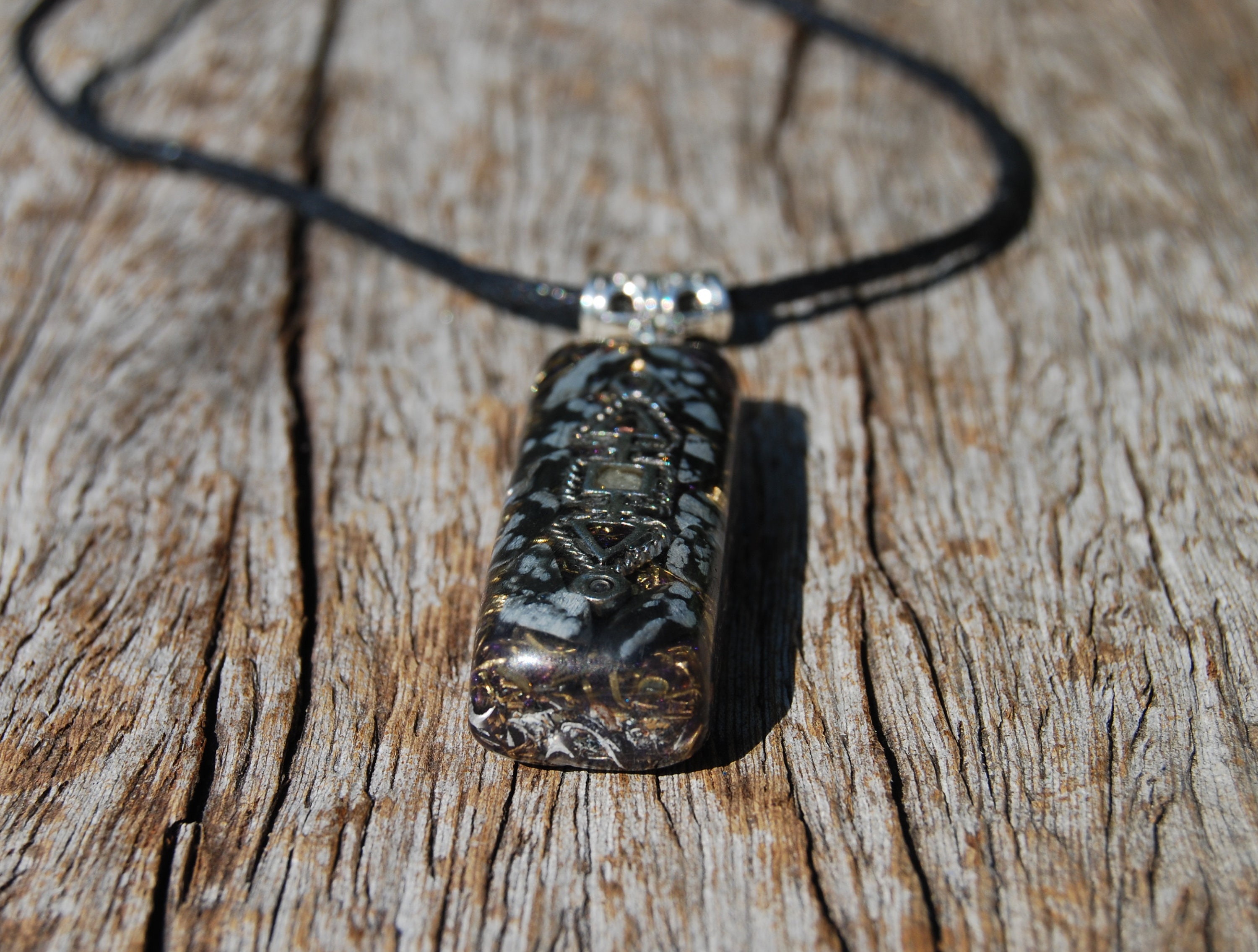 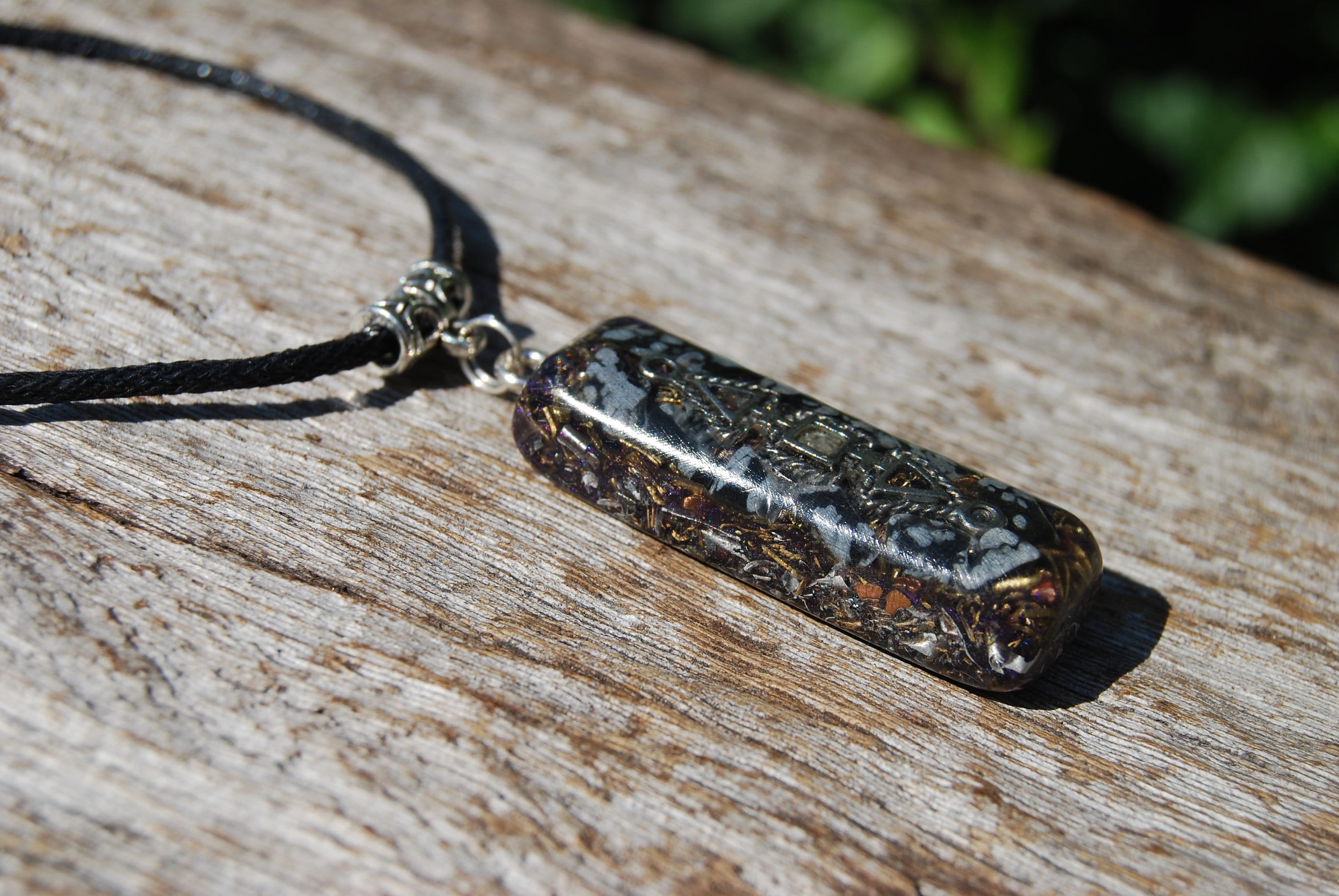 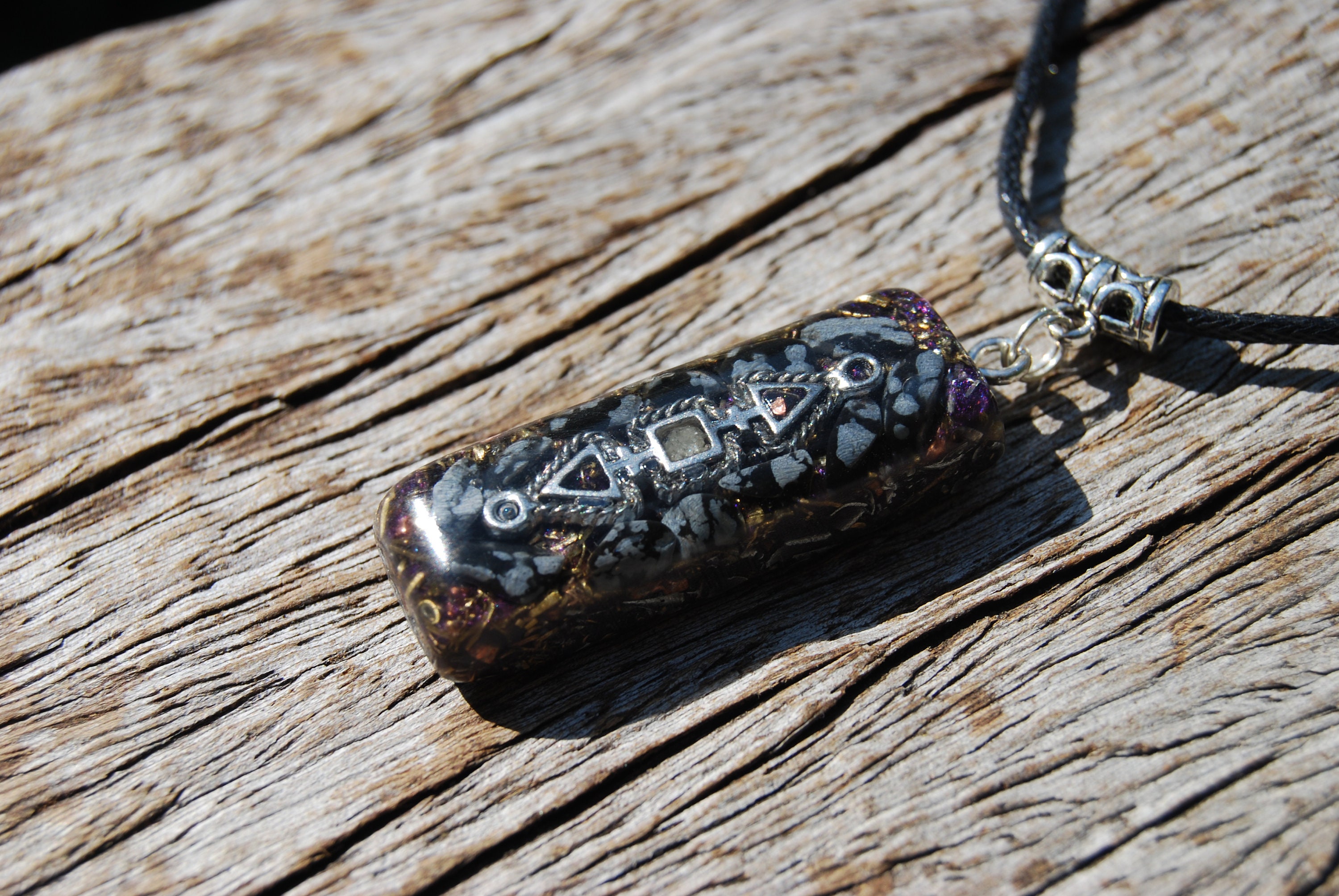 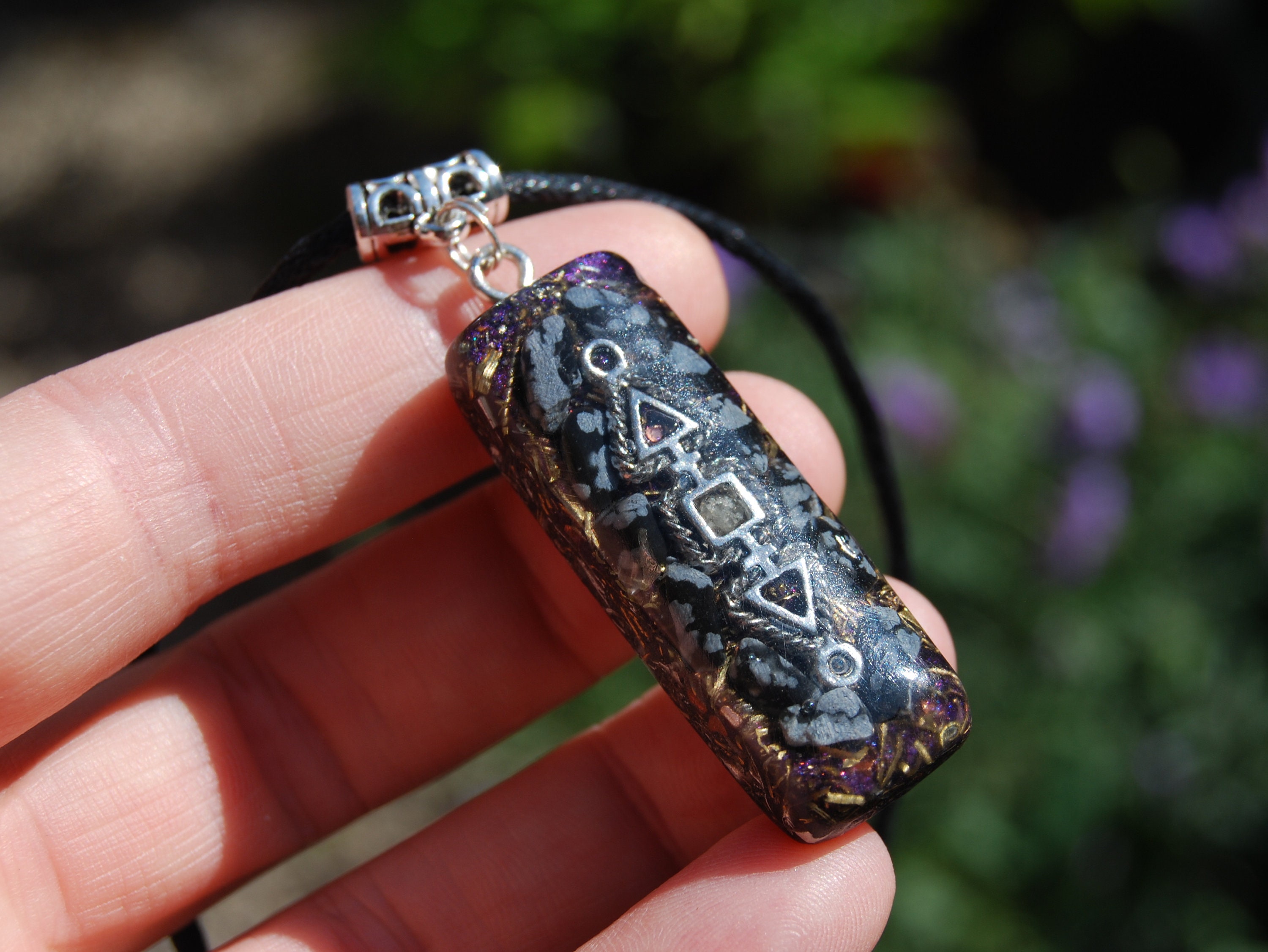 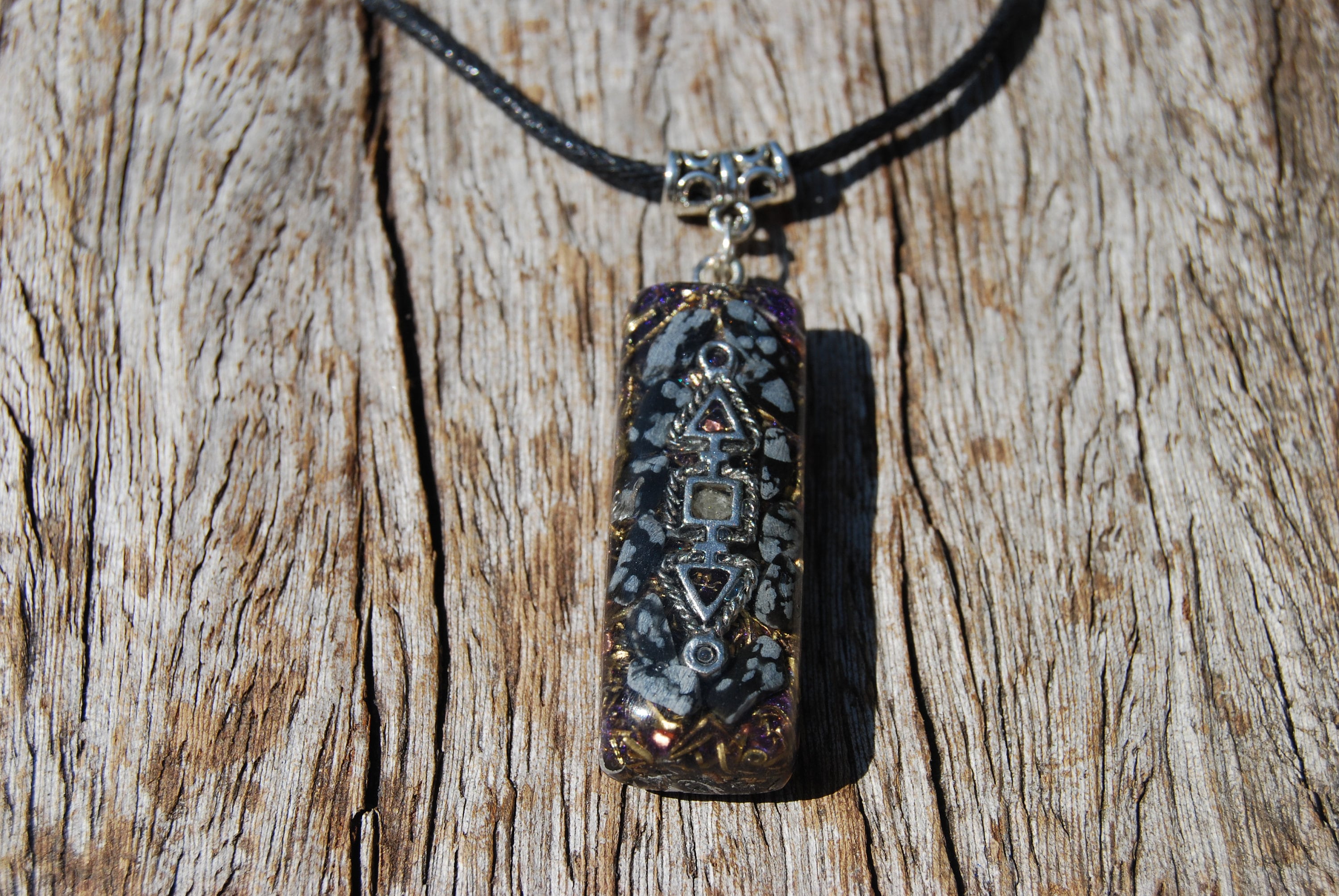 This lovely Orgonite® pendant contains aluminium, bronze, brass and copper shavings. The main stone is Snowflake Obsidian (in the front). It also contains clear Quartz crystal (for piezo electro effect), Rhodizite (to amplify the other crystals), Pyrite (to enhance), Elite Shungite (protection), Black Tourmaline (to ground and remove excess energy) and Selenite (clean and charges the other crystals) all within a durable resin setting.

The symbol in the front has no particular meaning as far as I know.

Snowflake Obsidian is formed when the felsic lava from a volcano rapidly cools down with very minimum crystal growth. It’s basically a volcanic glass that formed as an igneous rock.

This is a stone that has always been associated with guardian spirits that watch over us, and is connected to protection on all levels. Snowflake Obsidian aids in clearer and more logical thinking. Carry this stone to keep others from taking advantage. This stone will reveal what needs to be changed in life to assist one in advancing.

Snowflake Obsidian has a restful and serene energy helping to bring peace and balance to the mind and body.
Snowflake Obsidian encourages inner reflection making us aware of negative patterns of thought and unhealthy patterns of behavior and giving us the chance to change them. It is also believed to help shield the wearer from negativity and grief. When you are feeling hopeless, snowflake obsidian can help you regain your courage to persevere, and help you see opportunities you may have overlooked to improve your situation.

It comes on an adjustable cotton cord (adjustable up to 28 inches / 68 cm).