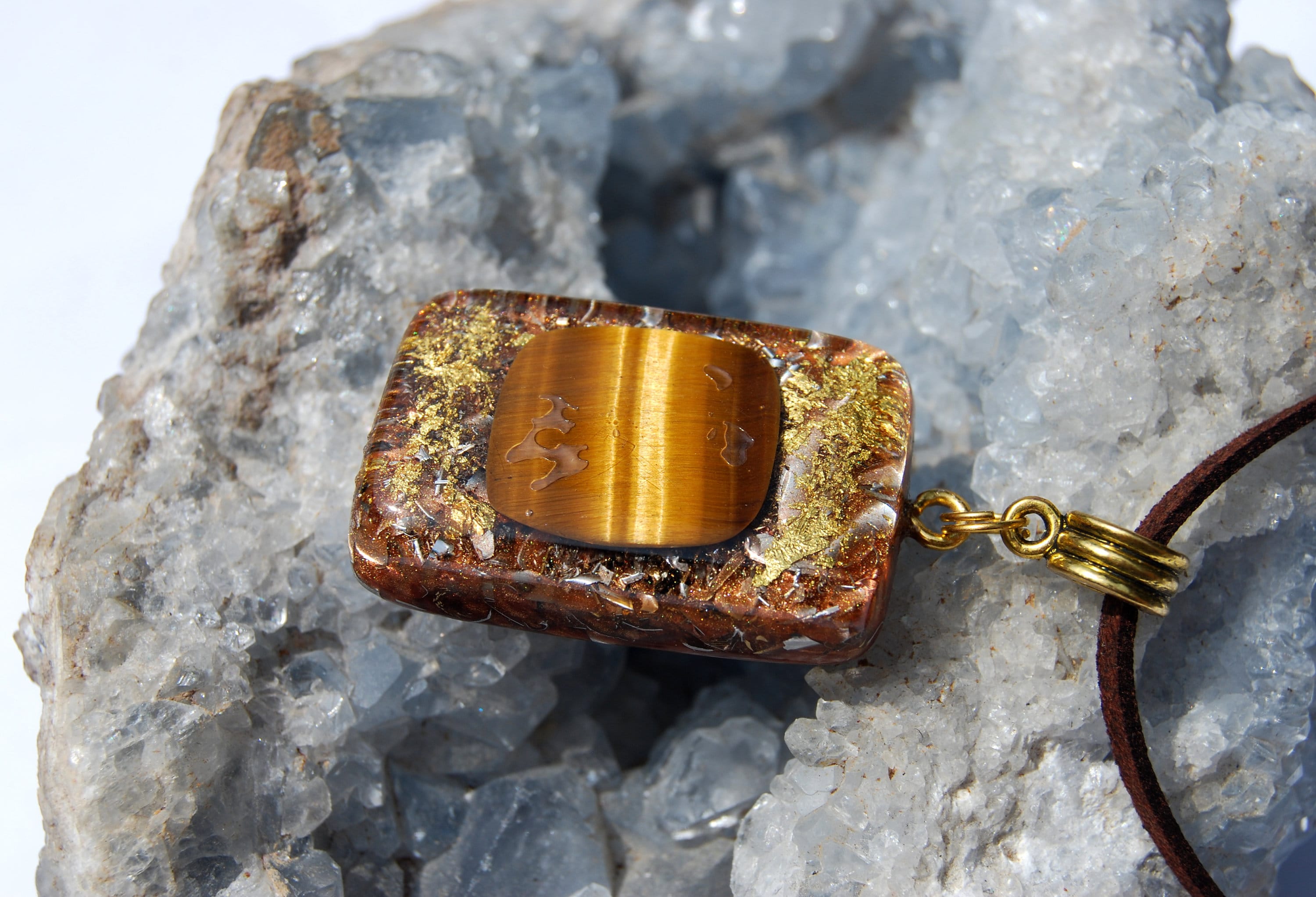 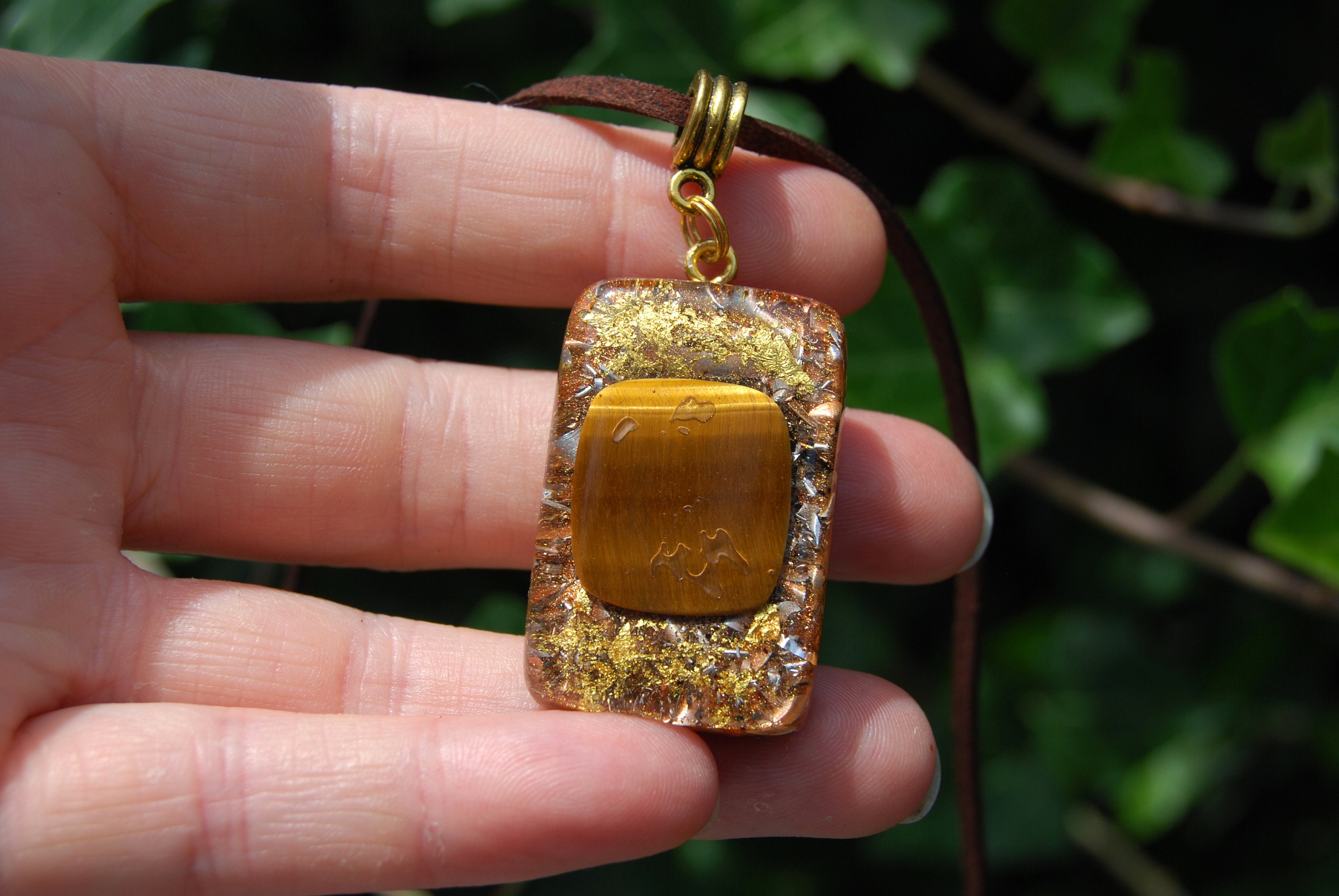 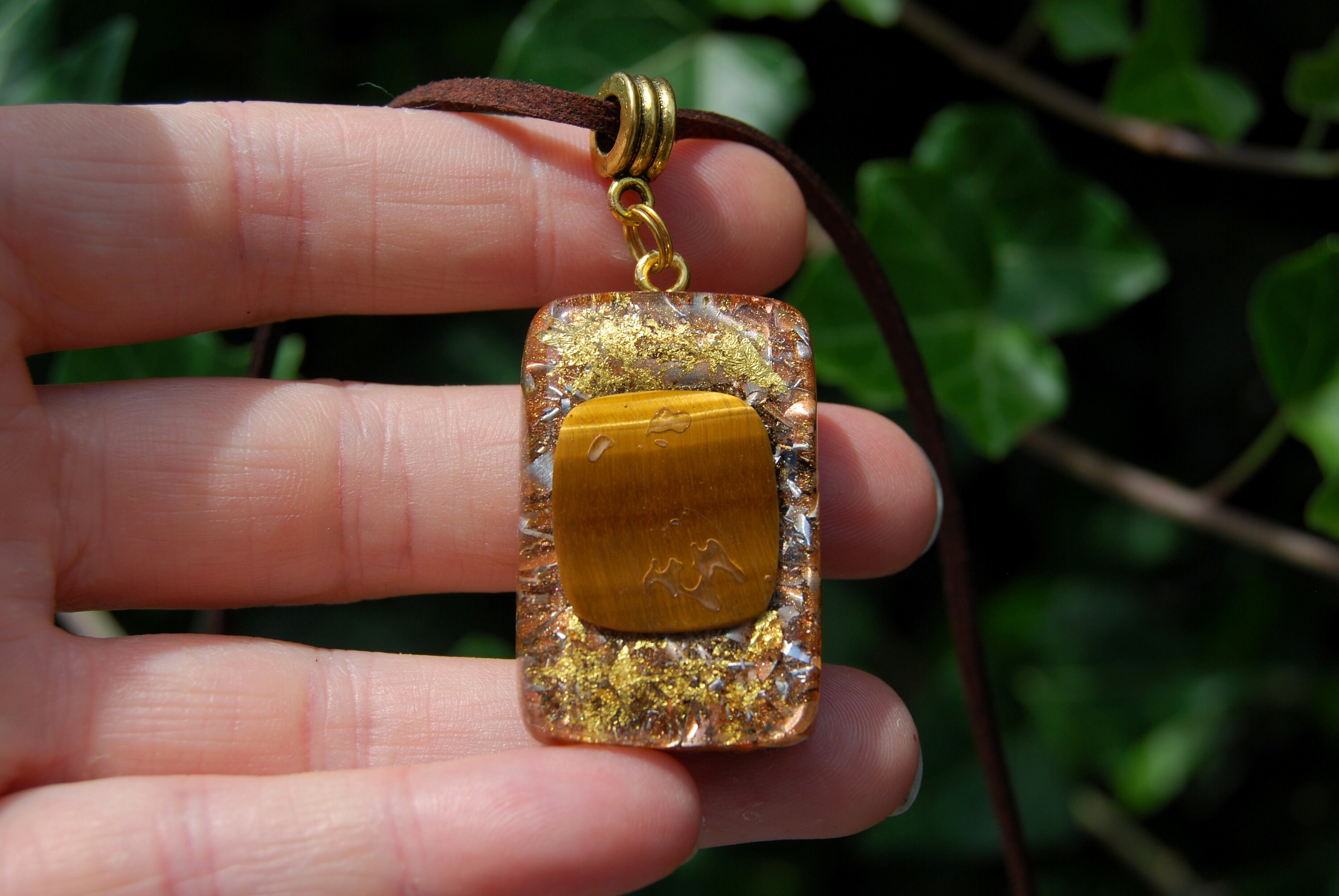 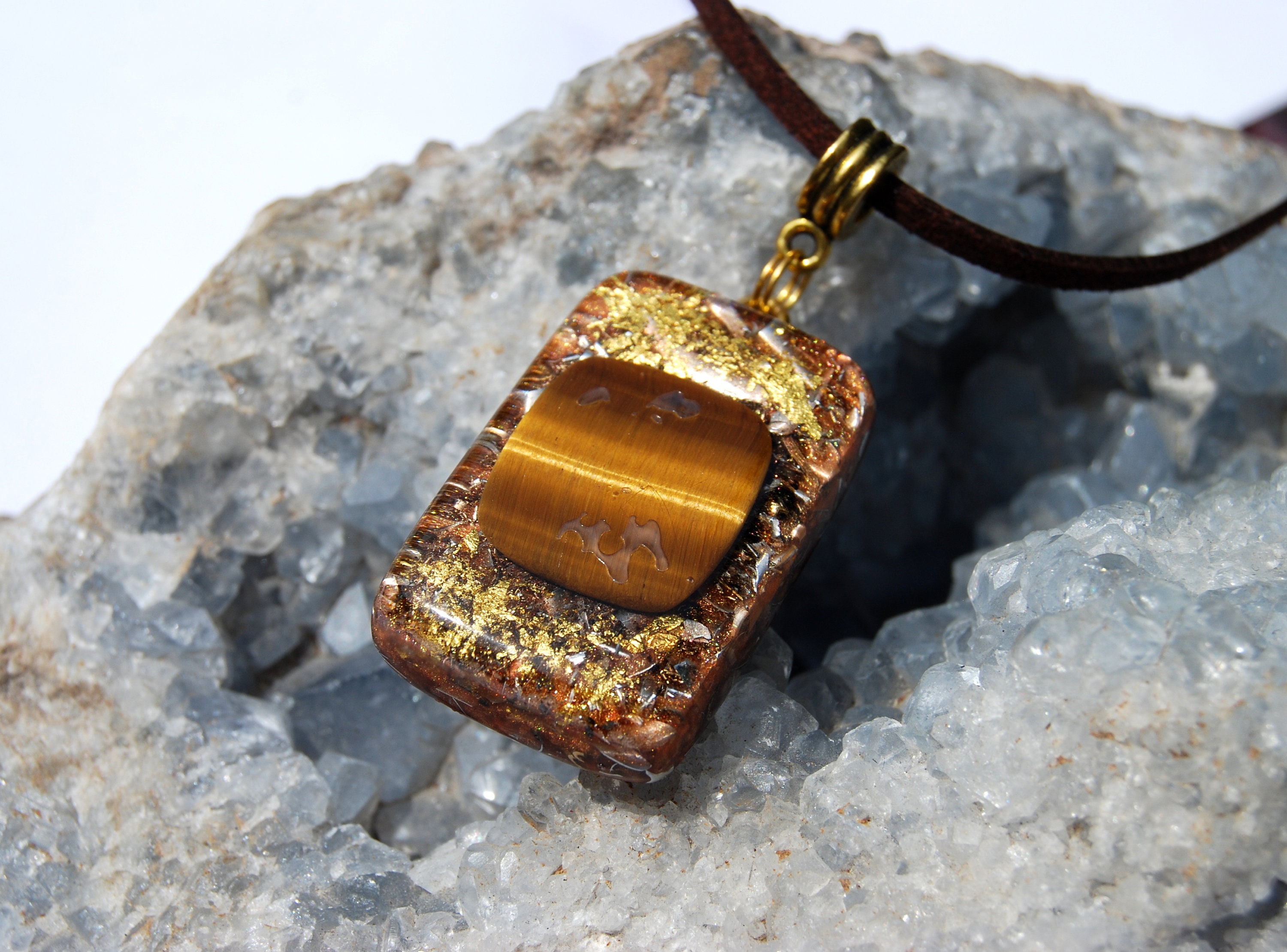 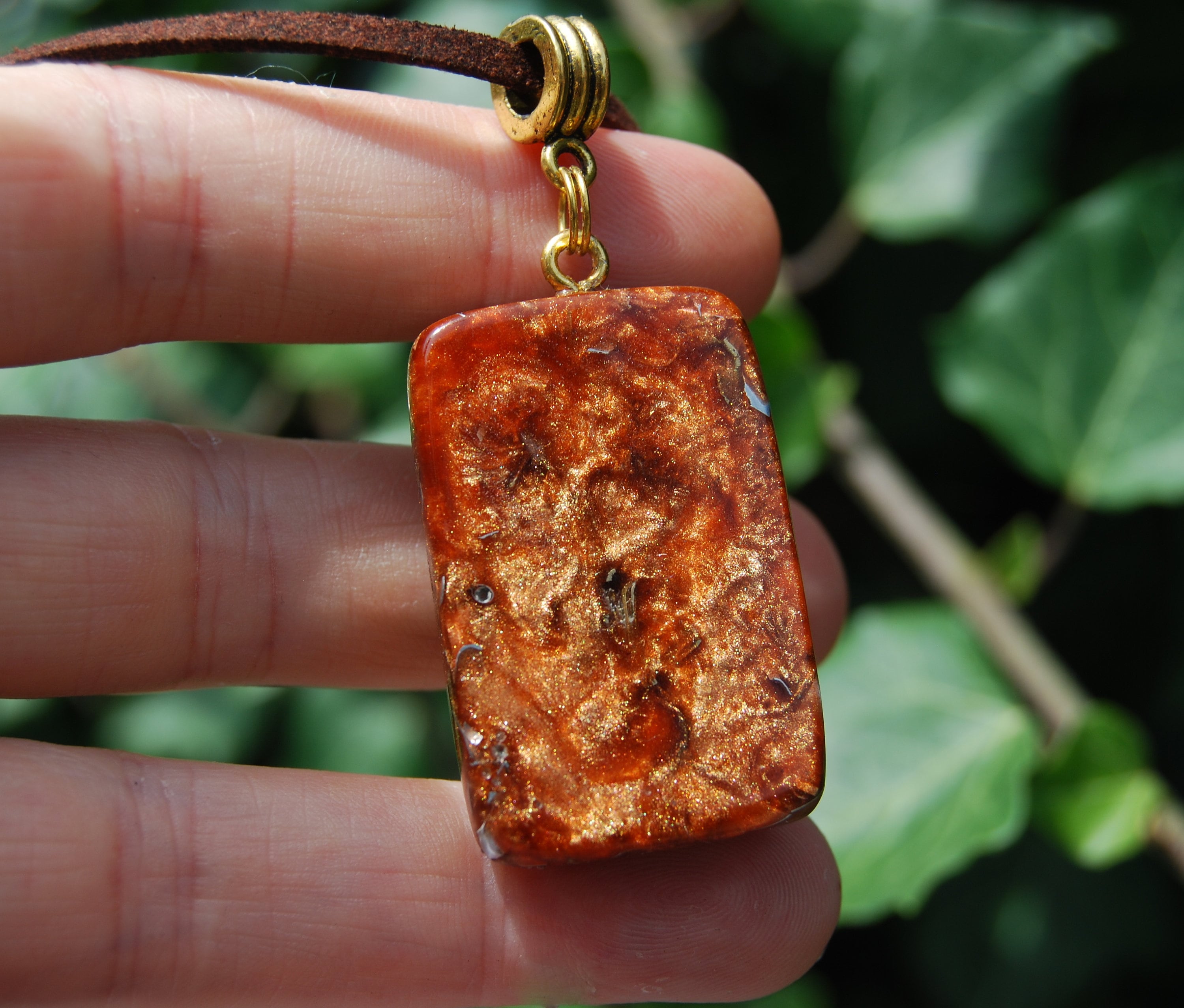 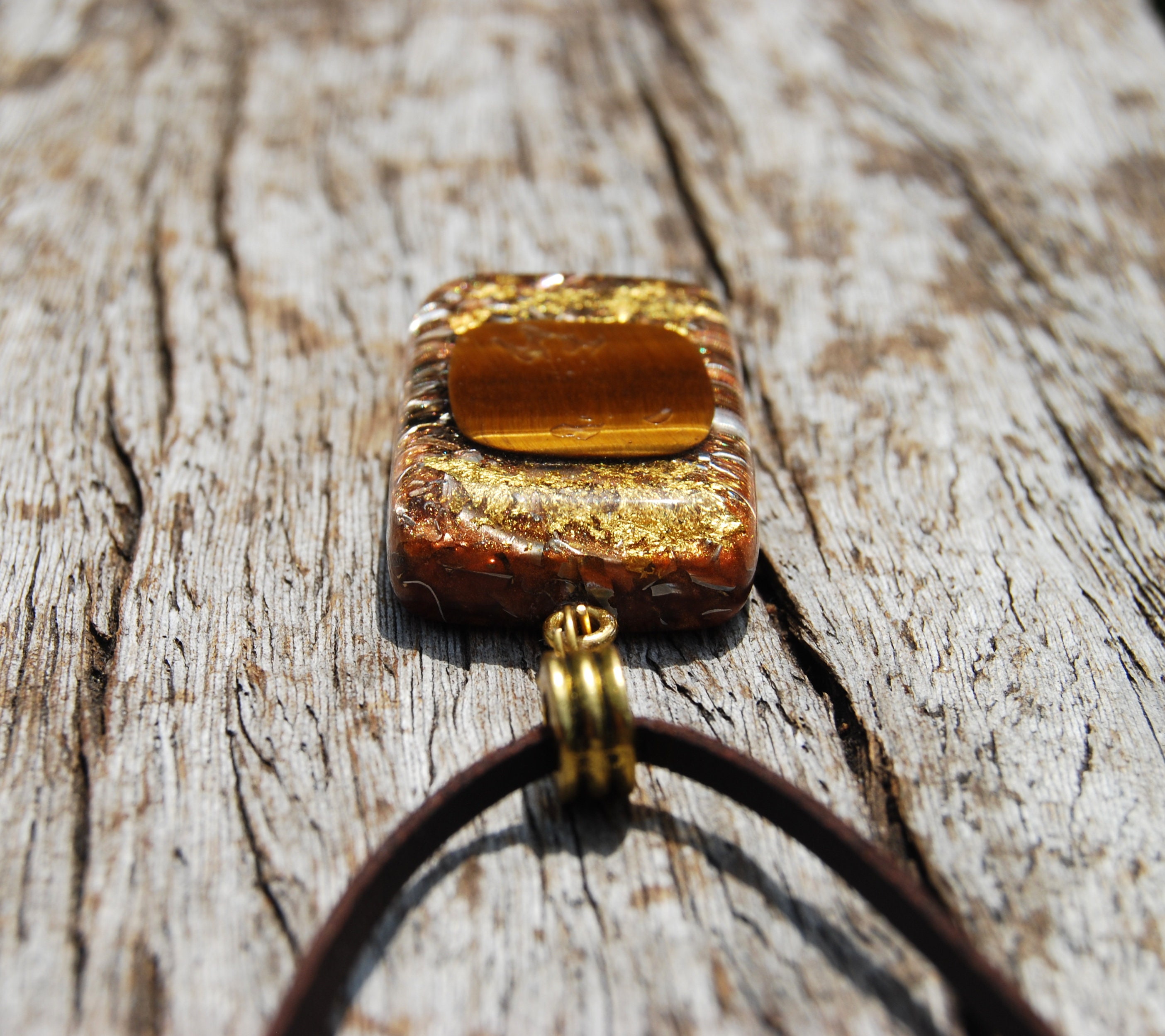 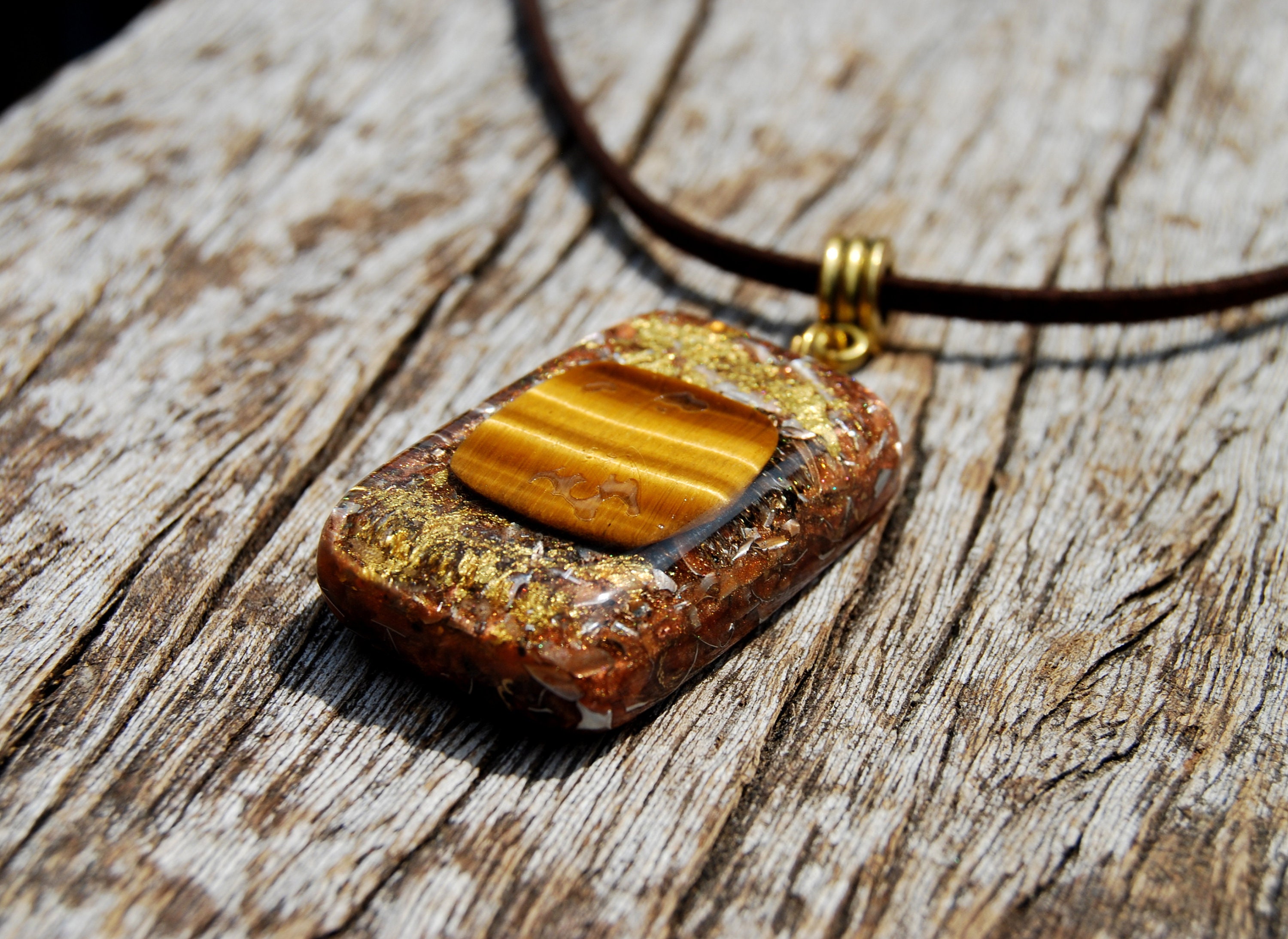 This unique Orgonite® pendant is handmade out of lots of brass, bronze aluminium, iron and copper shavings which is neccessary to clean stagnant energy (according to Wilhelm Reich's research). The main stone is a lovely Tiger Eye which you can see in the front. It furthermore consists of Pyrite (to enhance the overall power), black Tourmaline (to protect and ground excess energy) , Elite Shungite (to protect), Rhodizite (to amplify the other crystals) and one clear quartz (for piezo-electric effect) all within a durable resin setting for optimal pressure on the quartz.


Second pendant will be shipped for free.

It comes on a an adjustable faux suede leather cord.