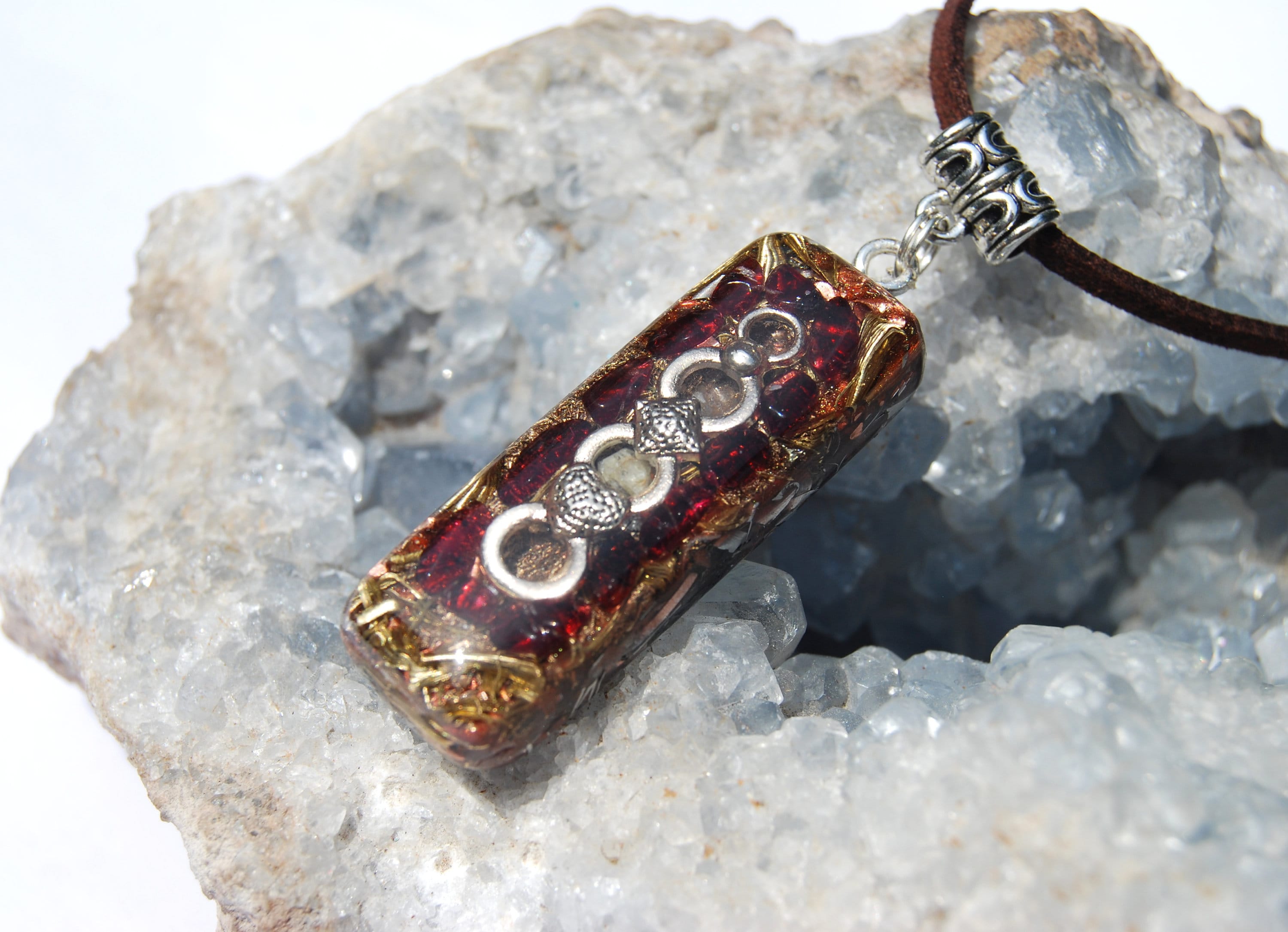 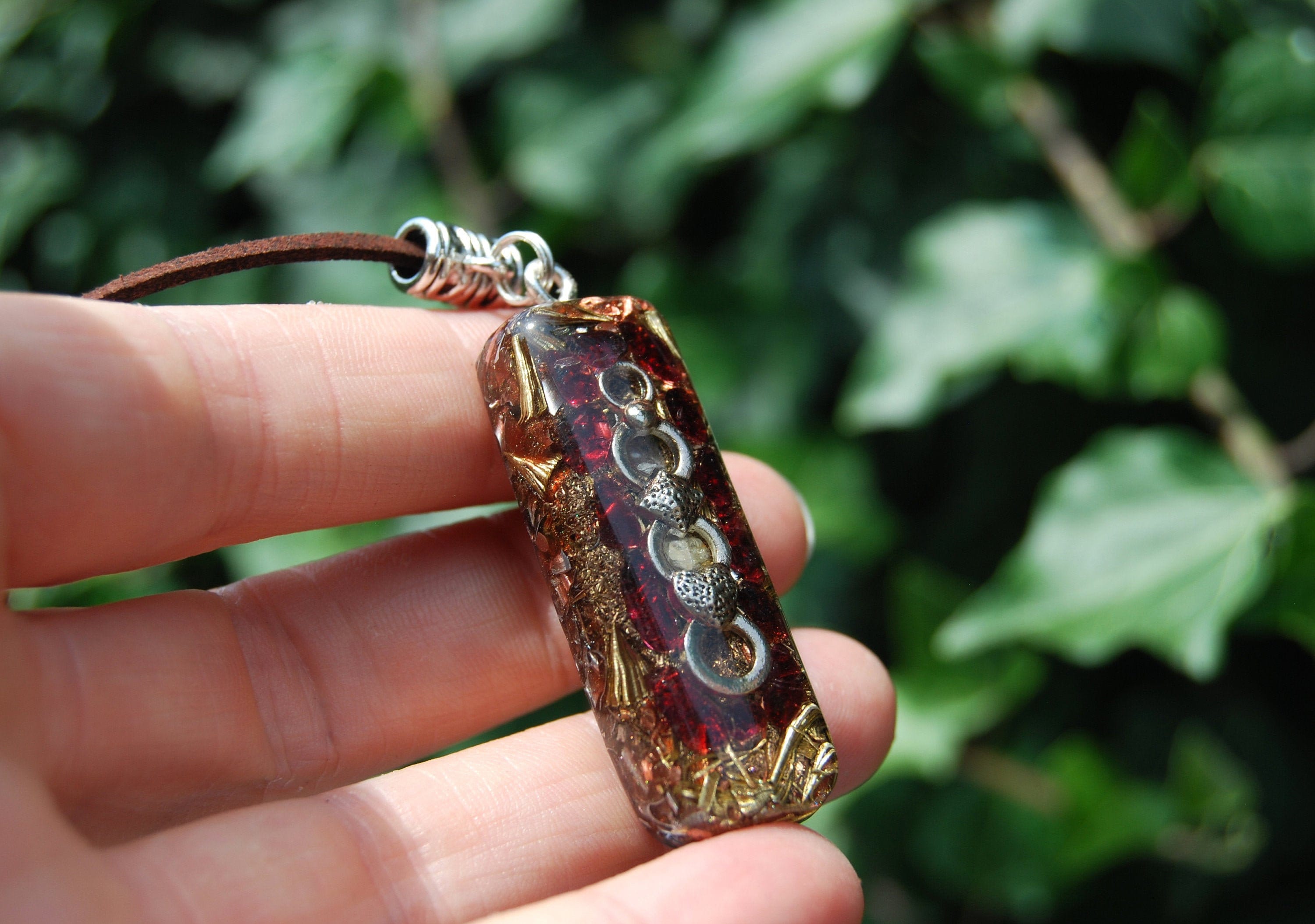 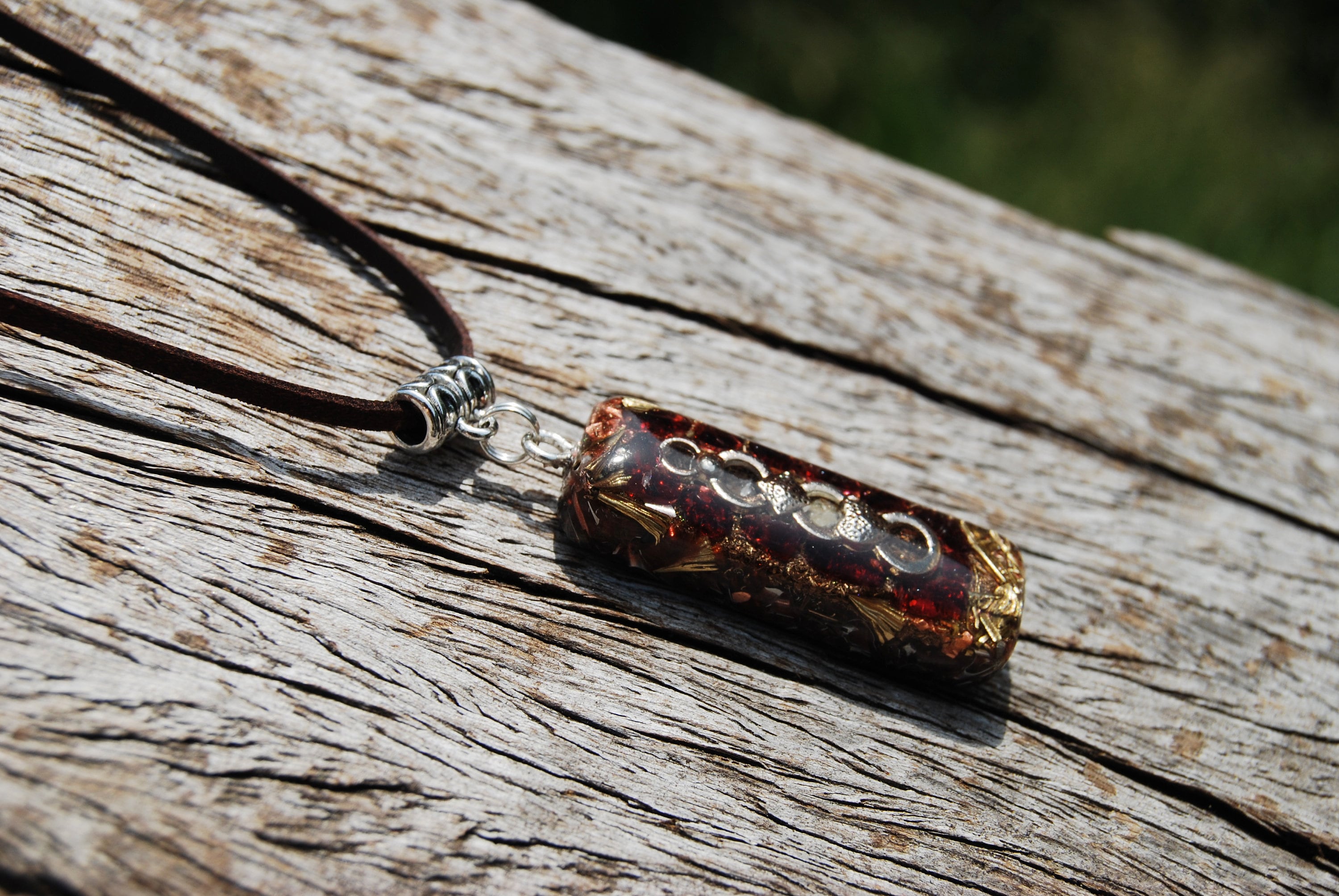 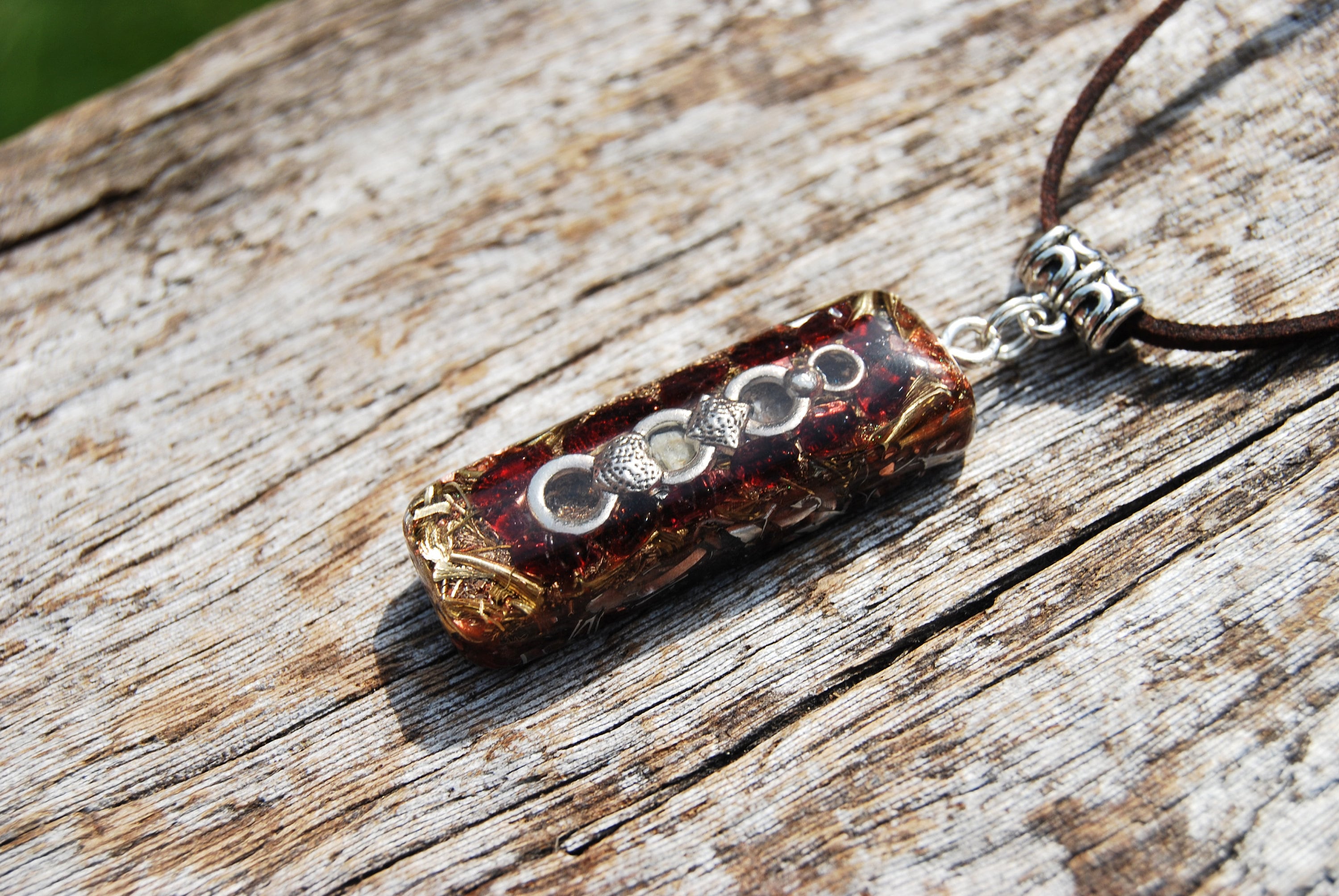 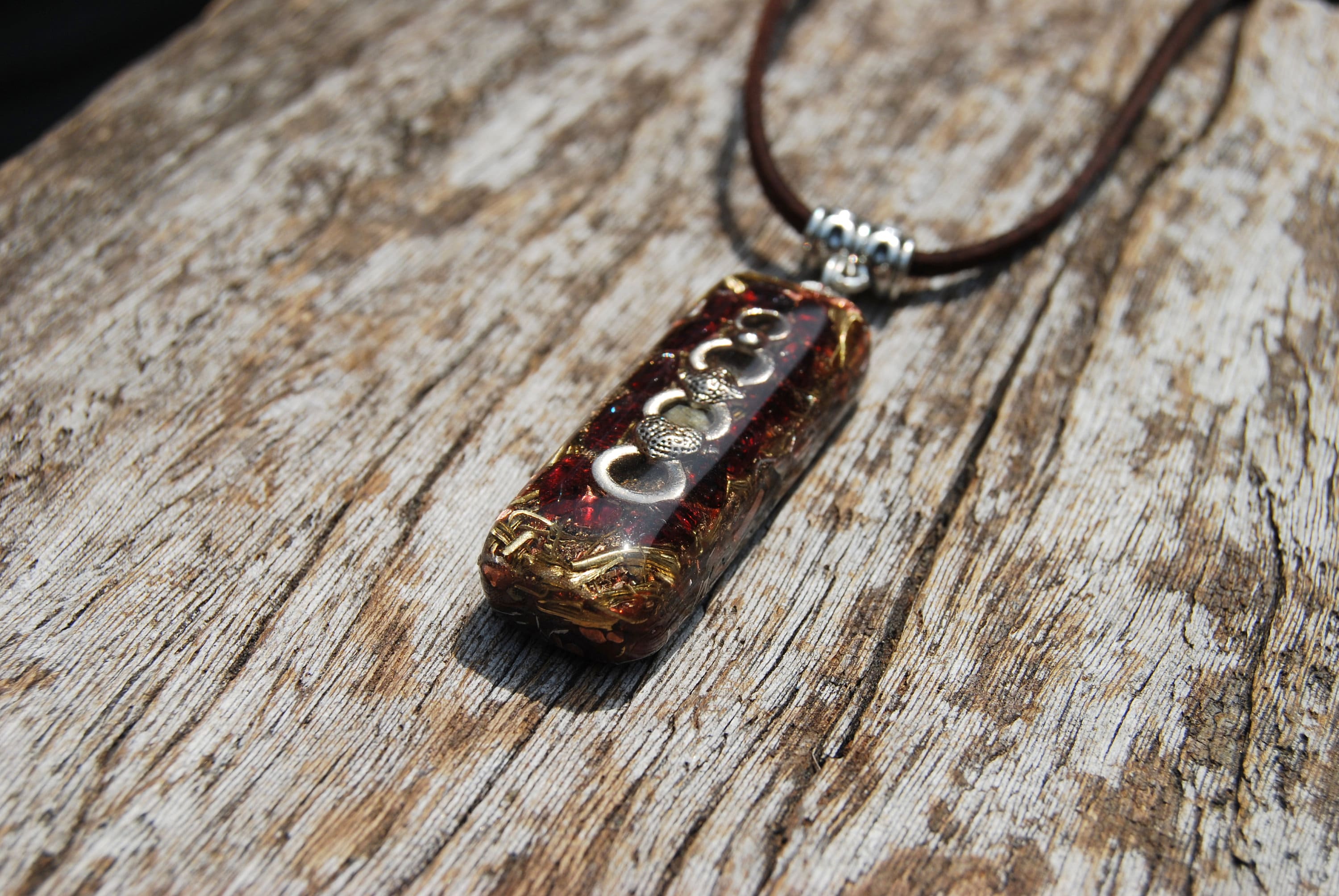 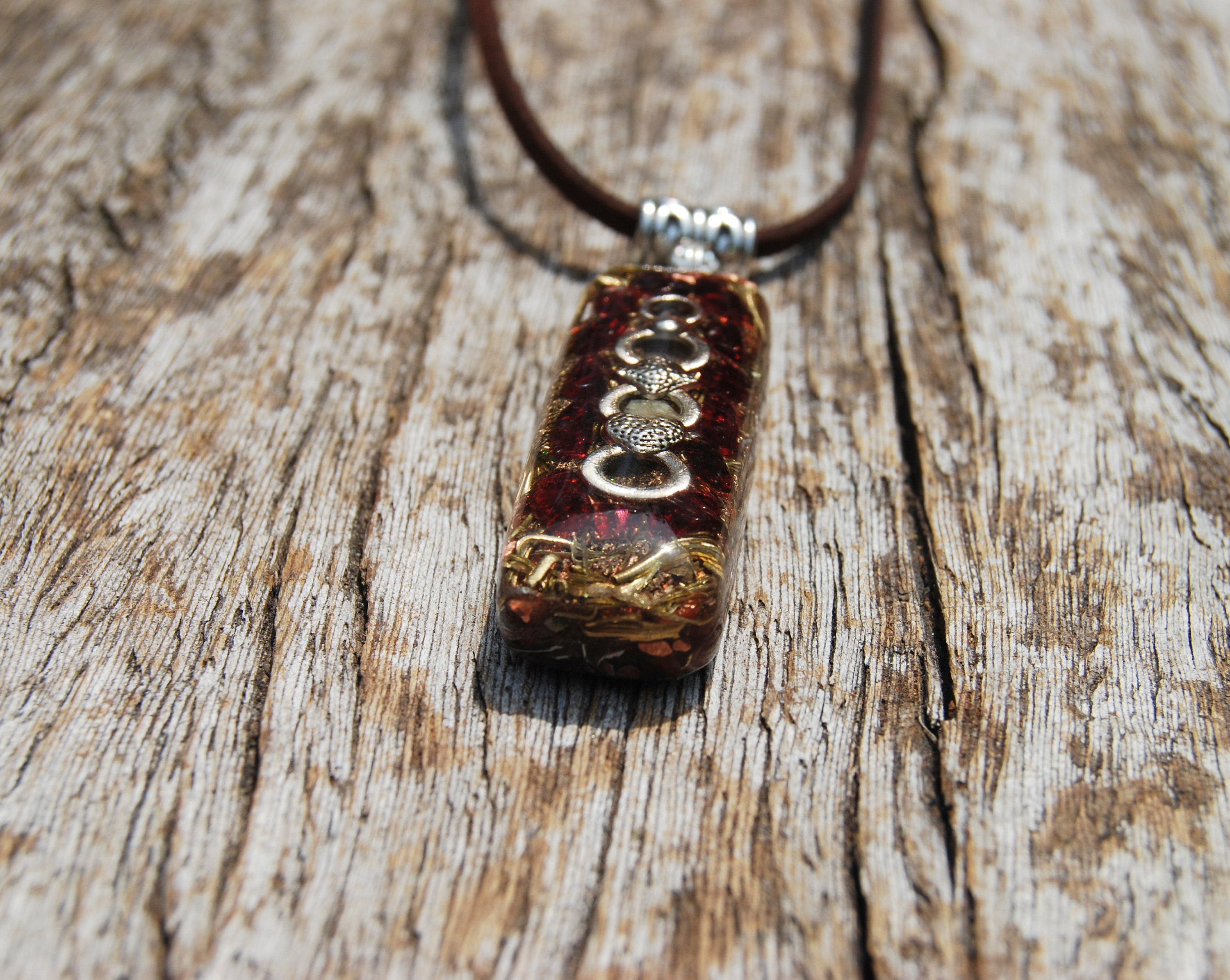 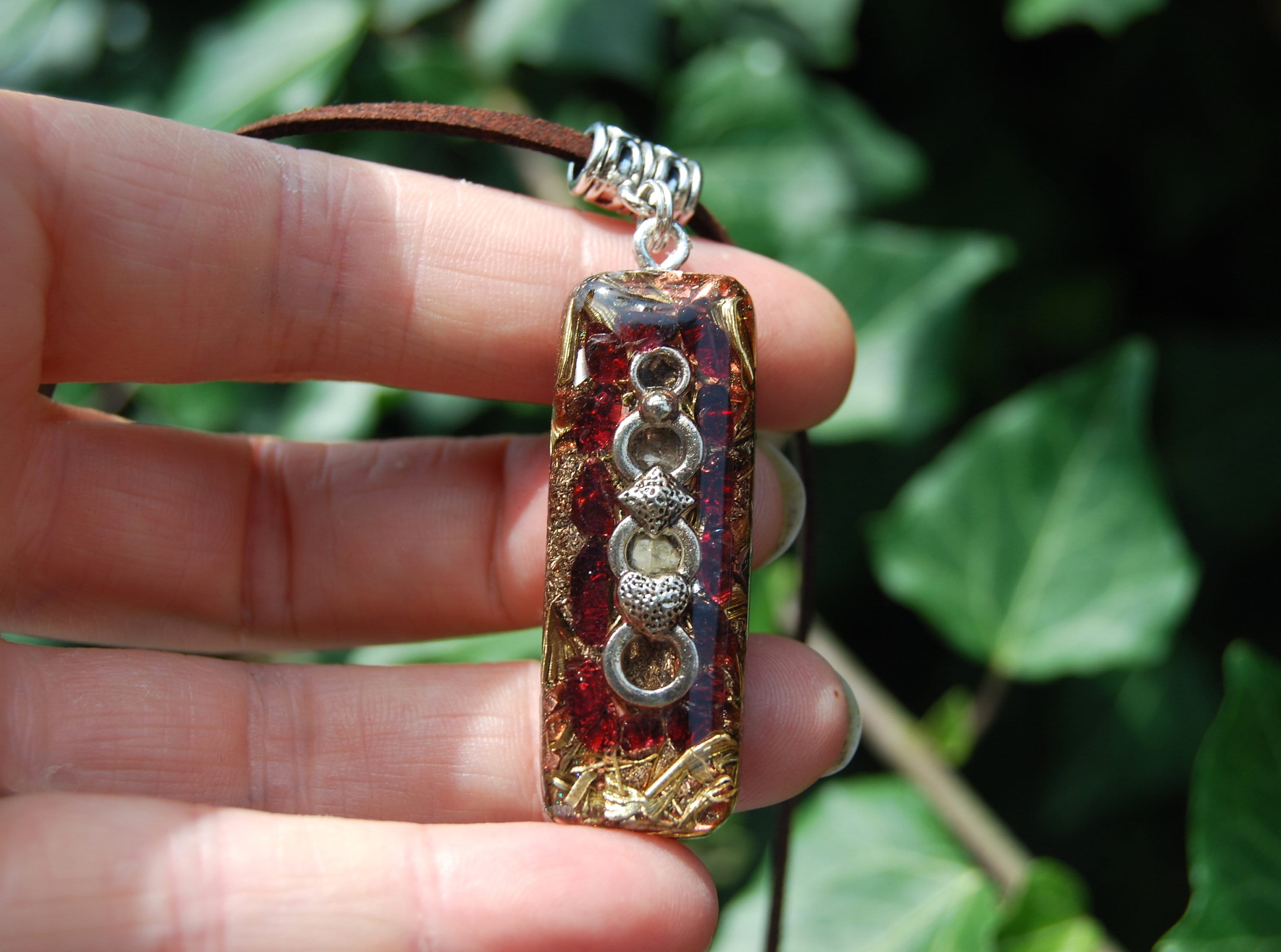 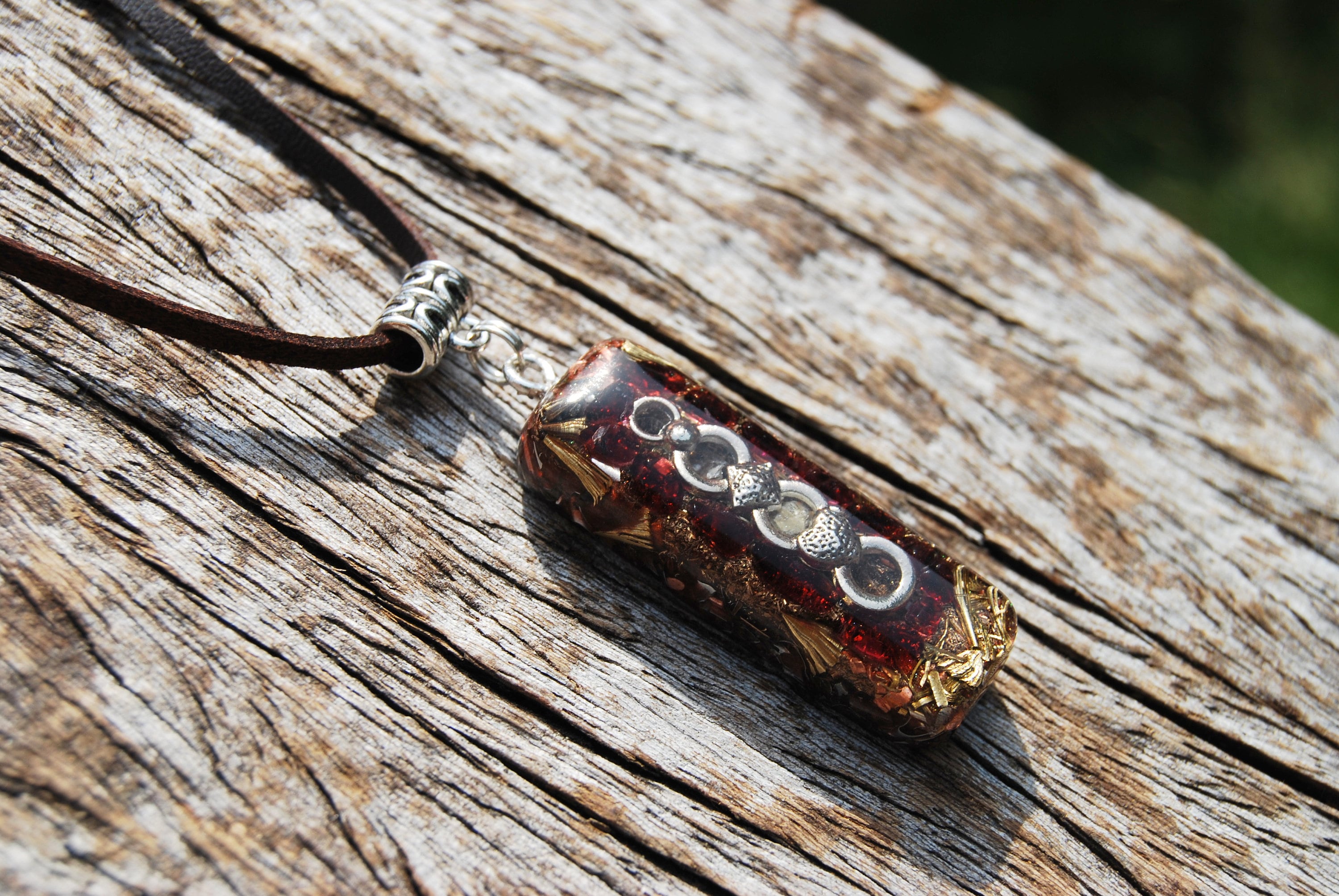 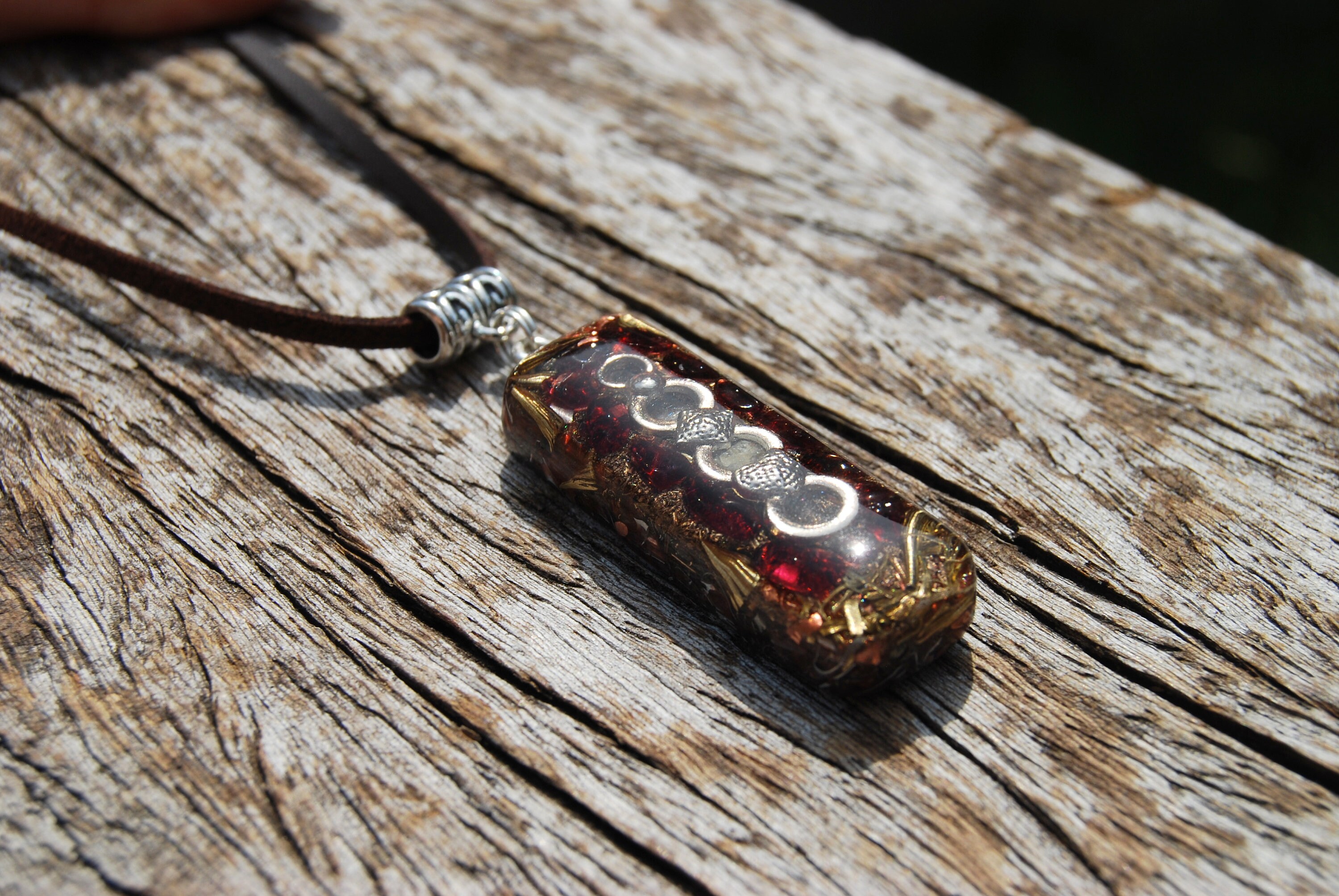 This lovely Orgonite® pendant contains aluminium, bronze, brass and copper shavings. The main stone is lovely pieces of Almandine Garnet (in the front). It also contains Elite Shungite (protection), clear Quartz crystal (for piezo electro effect), Rhodizite (to amplify the other crystals), Pyrite (to enhance), Black Tourmaline (to ground and remove excess energy) and Selenite (clean and charges the other crystals) all within a durable resin setting.

The unique symbol in the front has no particular meaning as far as I know, so it is just for decorative purposes.

It comes on an adjustable faux leather/suede cord.

Great quality and so happy I found this necklace! Truly one of a kind.