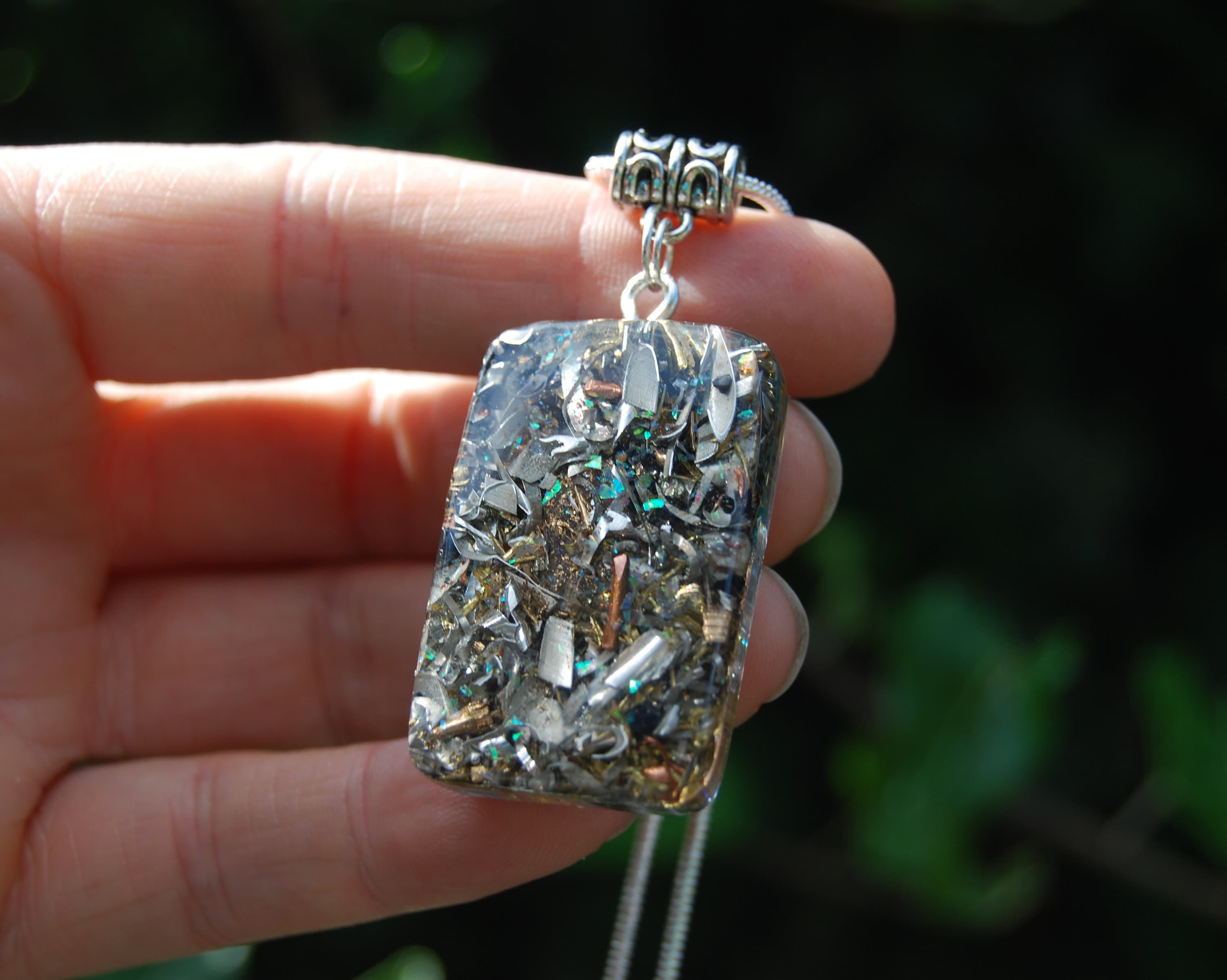 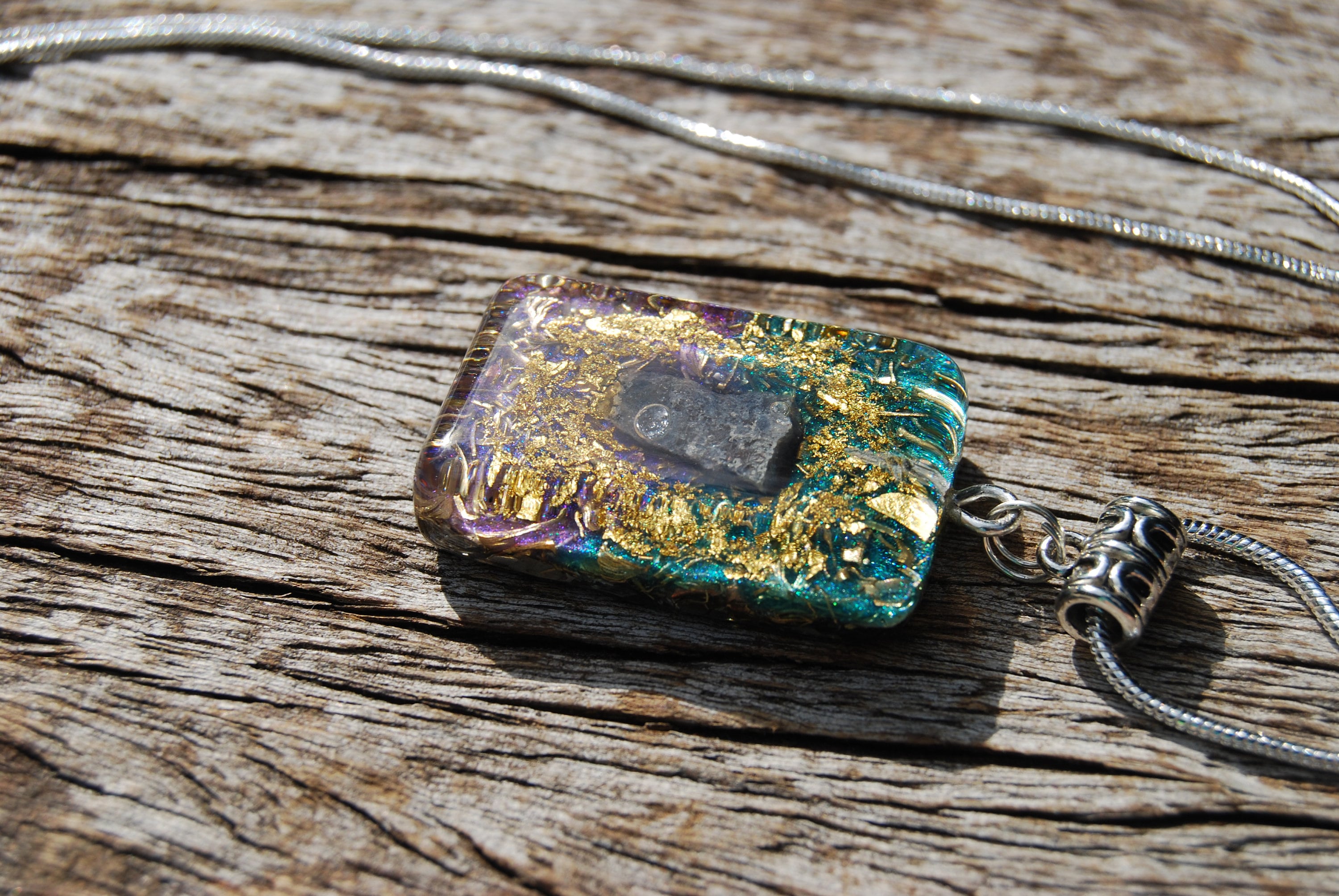 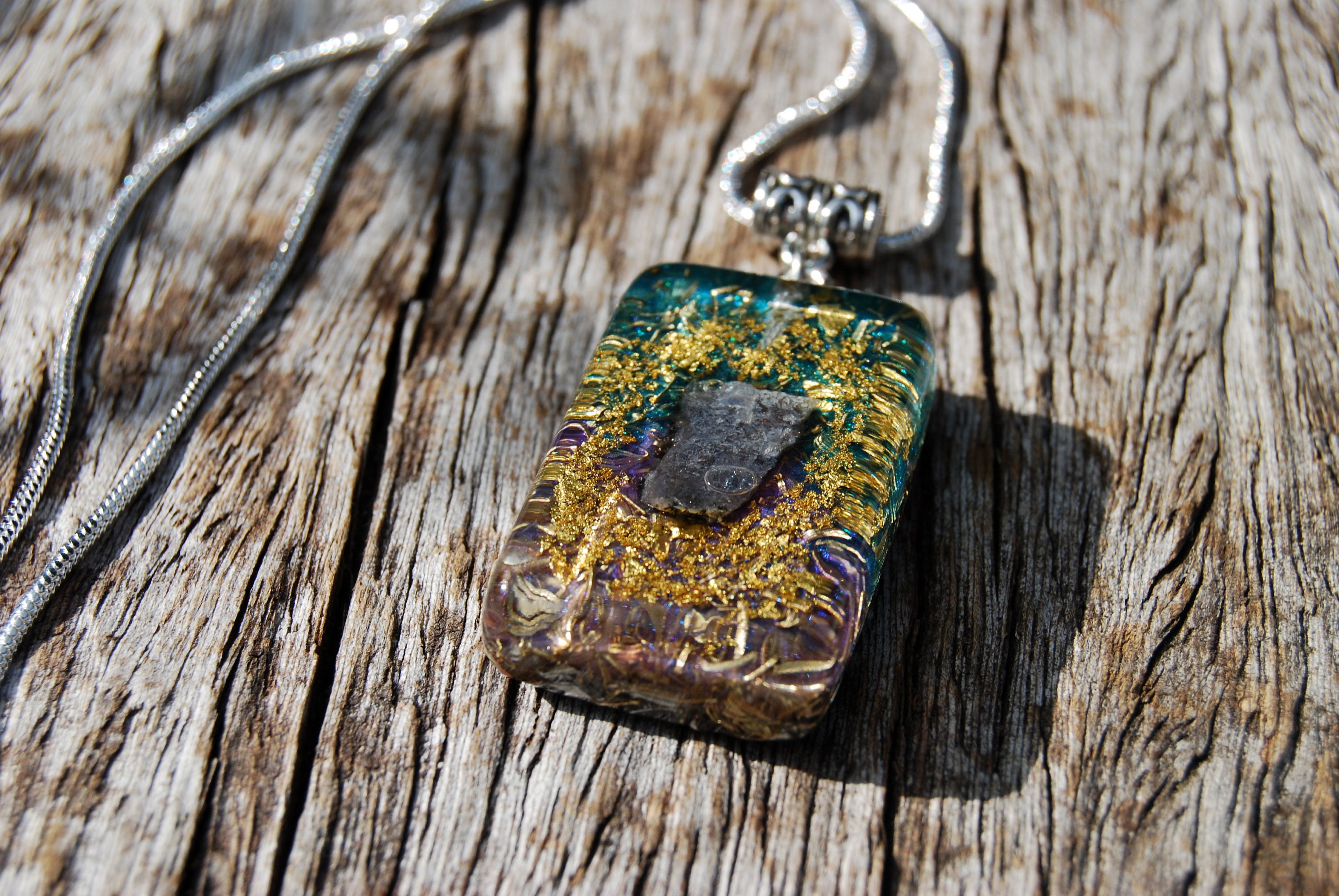 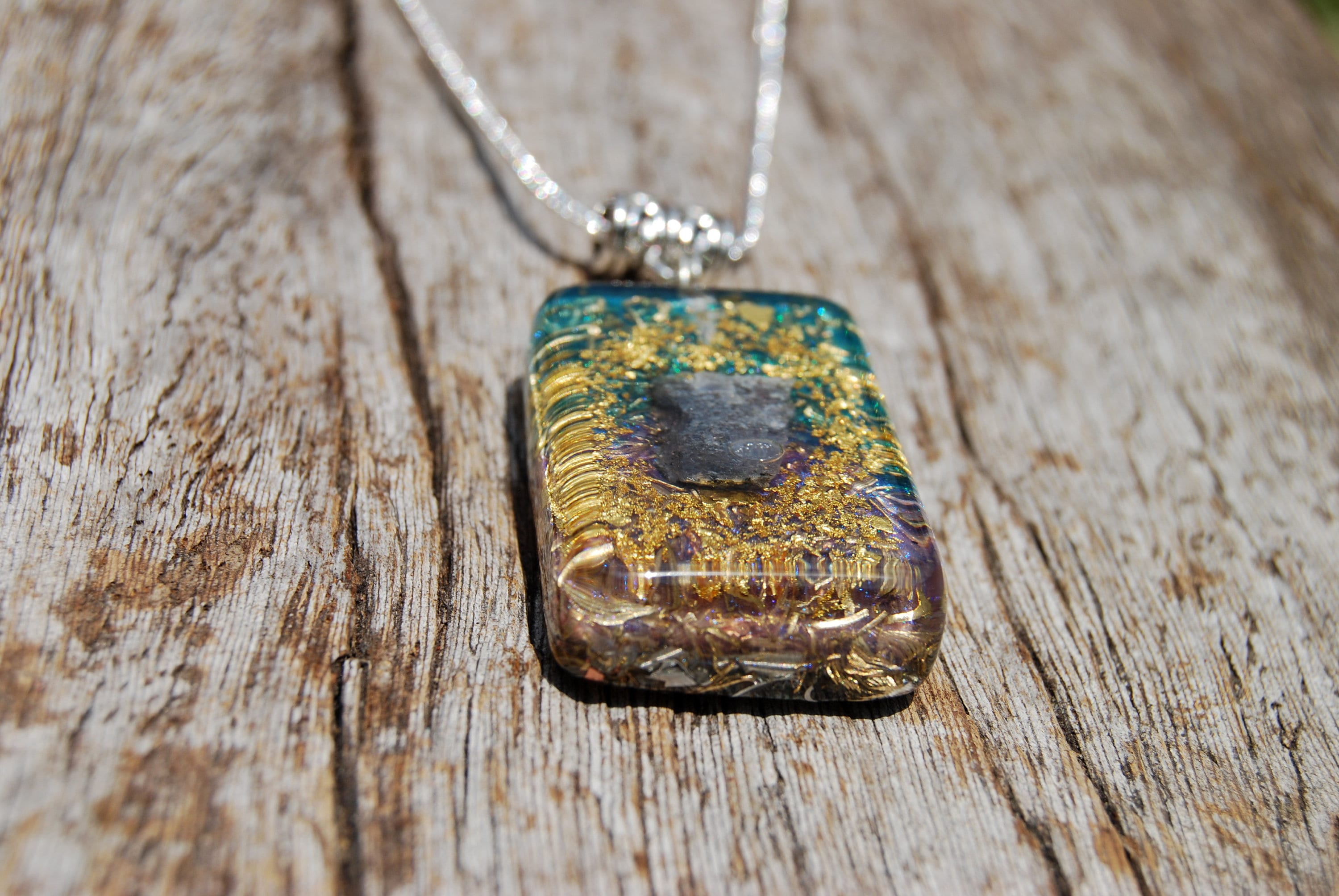 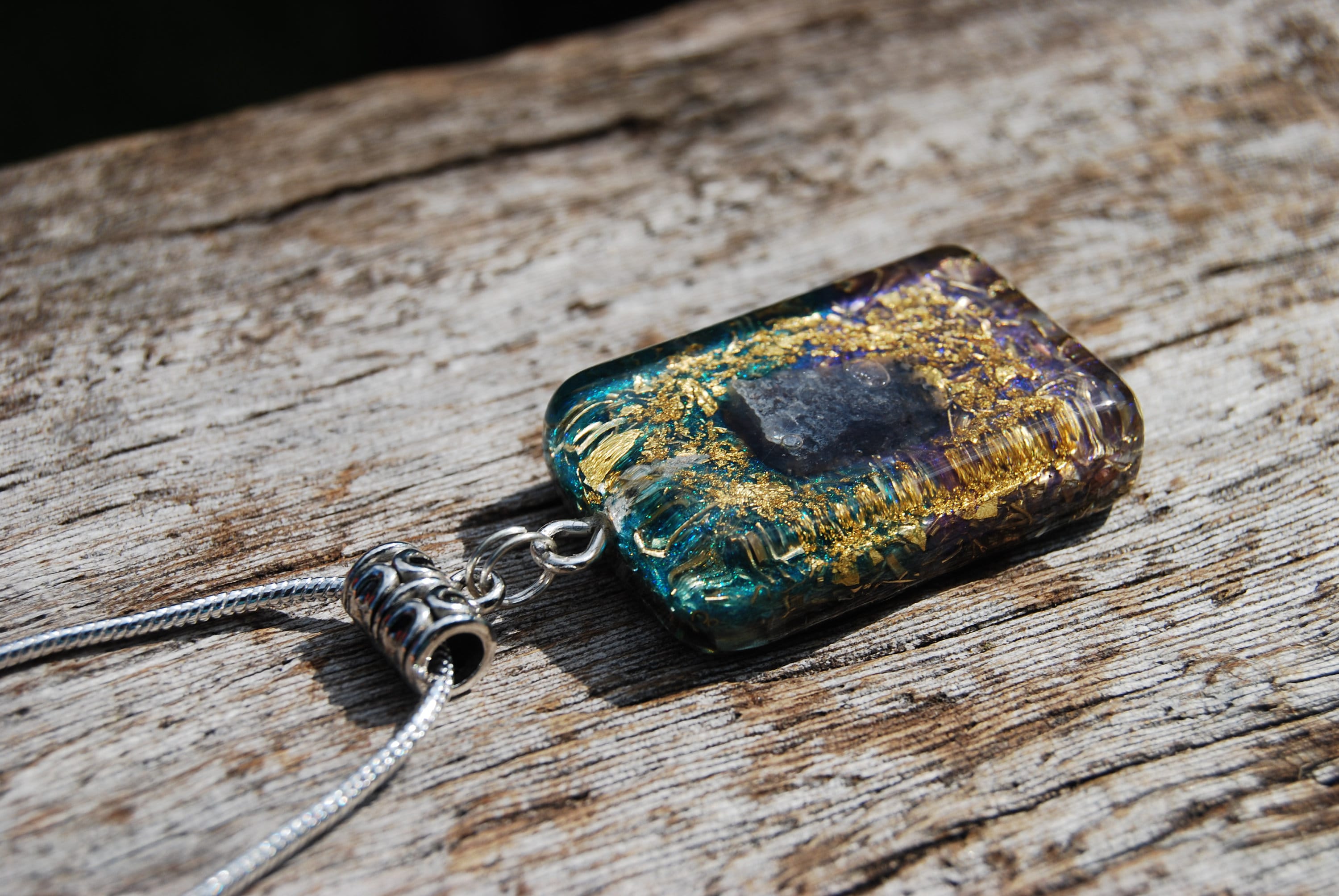 The main stone is Iolite which you can see in the front. It furthermore contains black Tourmaline (protects and grounds excess energy), ,Pyrite (to enhance), Elite Shungite (protection), Rhodizite (to amplify the other crystals), Selenite (to clear and charge the other stones) all within a durable resin setting.

It consist of lots of different metal shavings which is required for the orgonite to properly work according to Wilhelm Reich's research.

Iolite, gem variety of the mineral Cordierite, has a delicate, yet powerful, healing energy of the Violet Ray. Upon contact it will produce an electrical charge with the aura, which will strengthen the entire Auric field and etheric body.

They are the gemstone variety of the mineral Cordierite and comes in a range of shades. Iolite vibrates within the third eye chakra and produce an electrical charge when in contact with your aura. This will strengthen the entire auric field and etheric body. Iolite is known to totally open up your thinking, via the imagination and have a number of other strong metaphysical properties. In raising the consciousness, it allows for accessing thoughts and ideas beyond the ordinary. This stone is especially useful to one feeling trapped and in search for answers.

It comes on a 58 cm / 22 inches 925 Sterling plated necklace with lobster clasp closing.