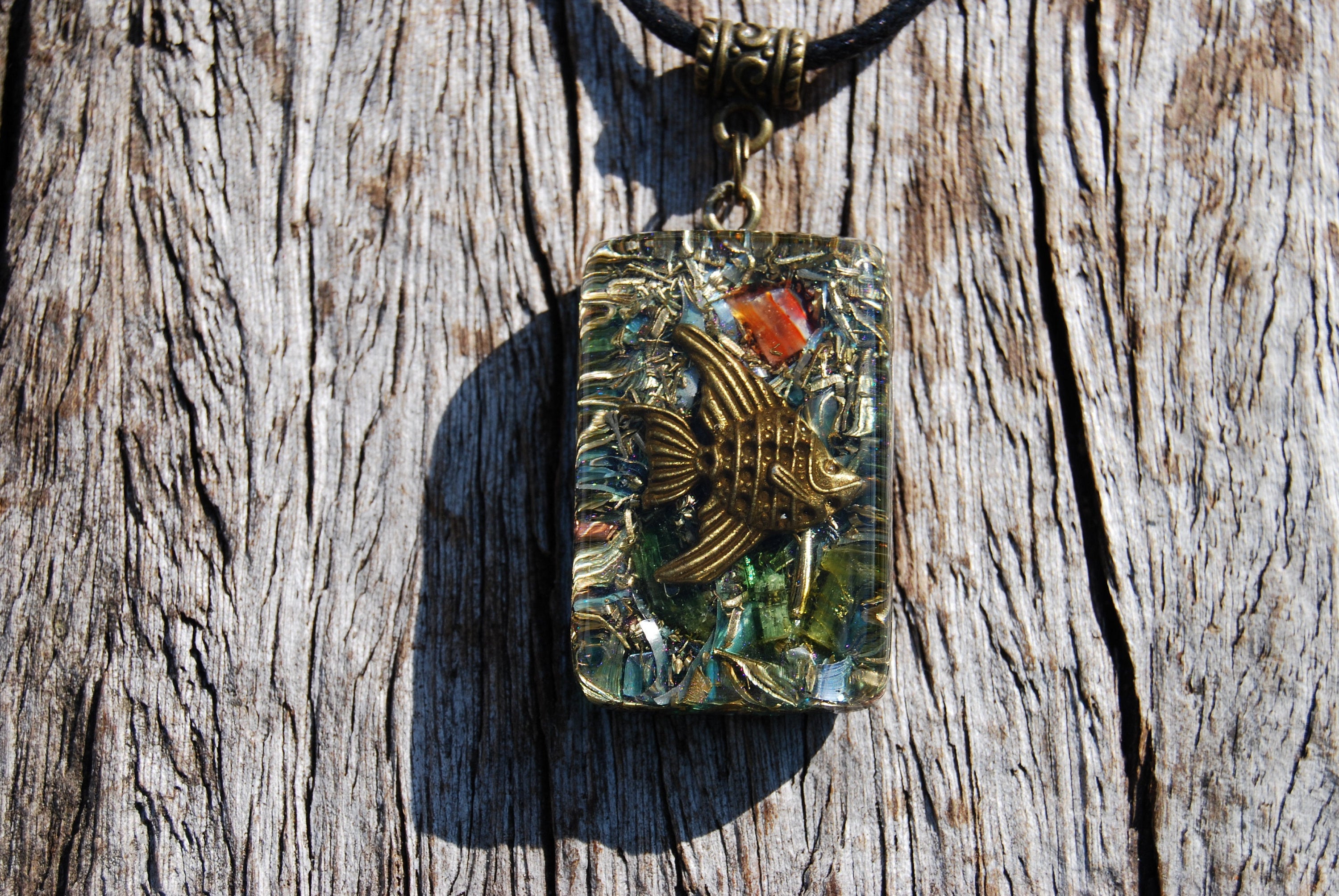 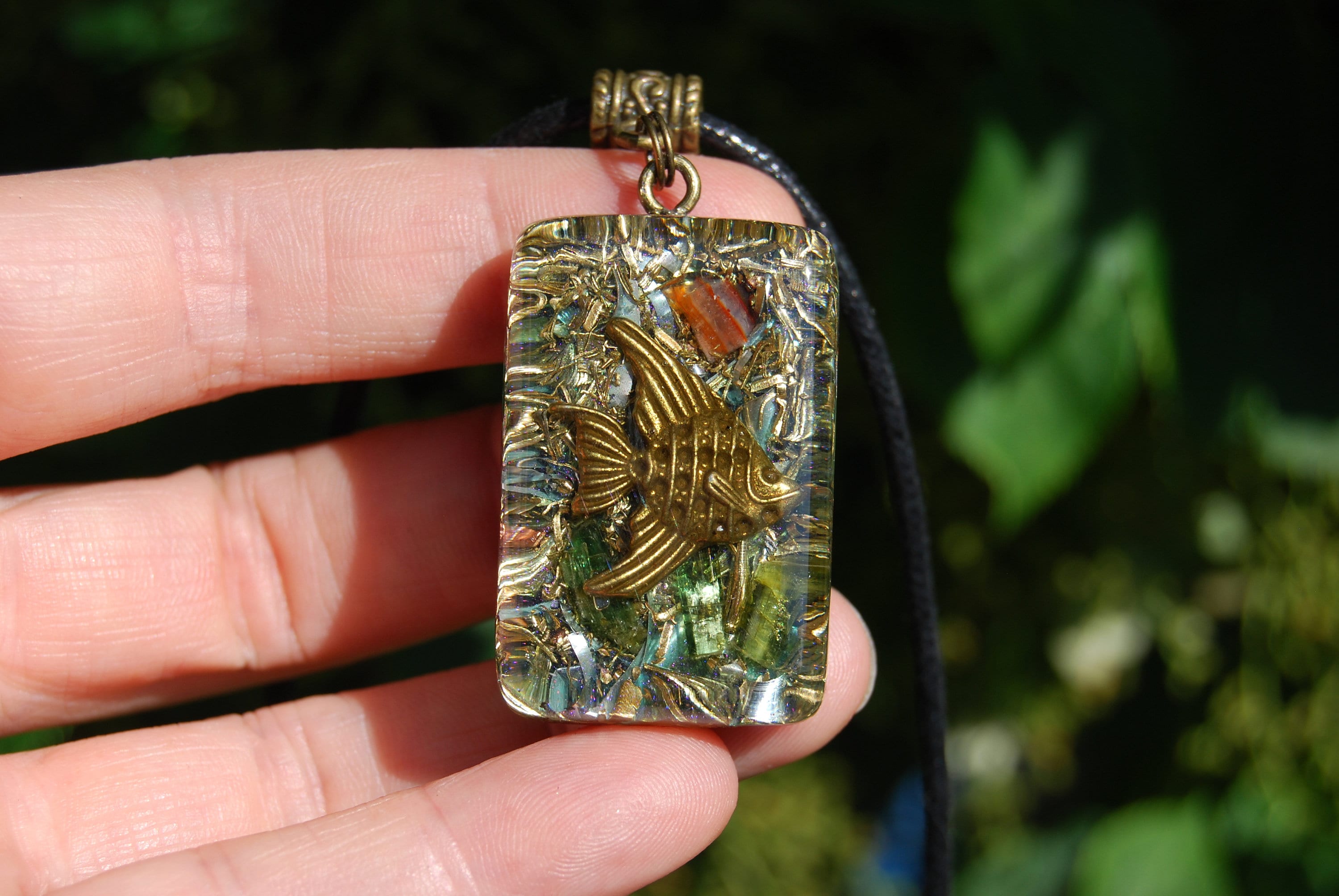 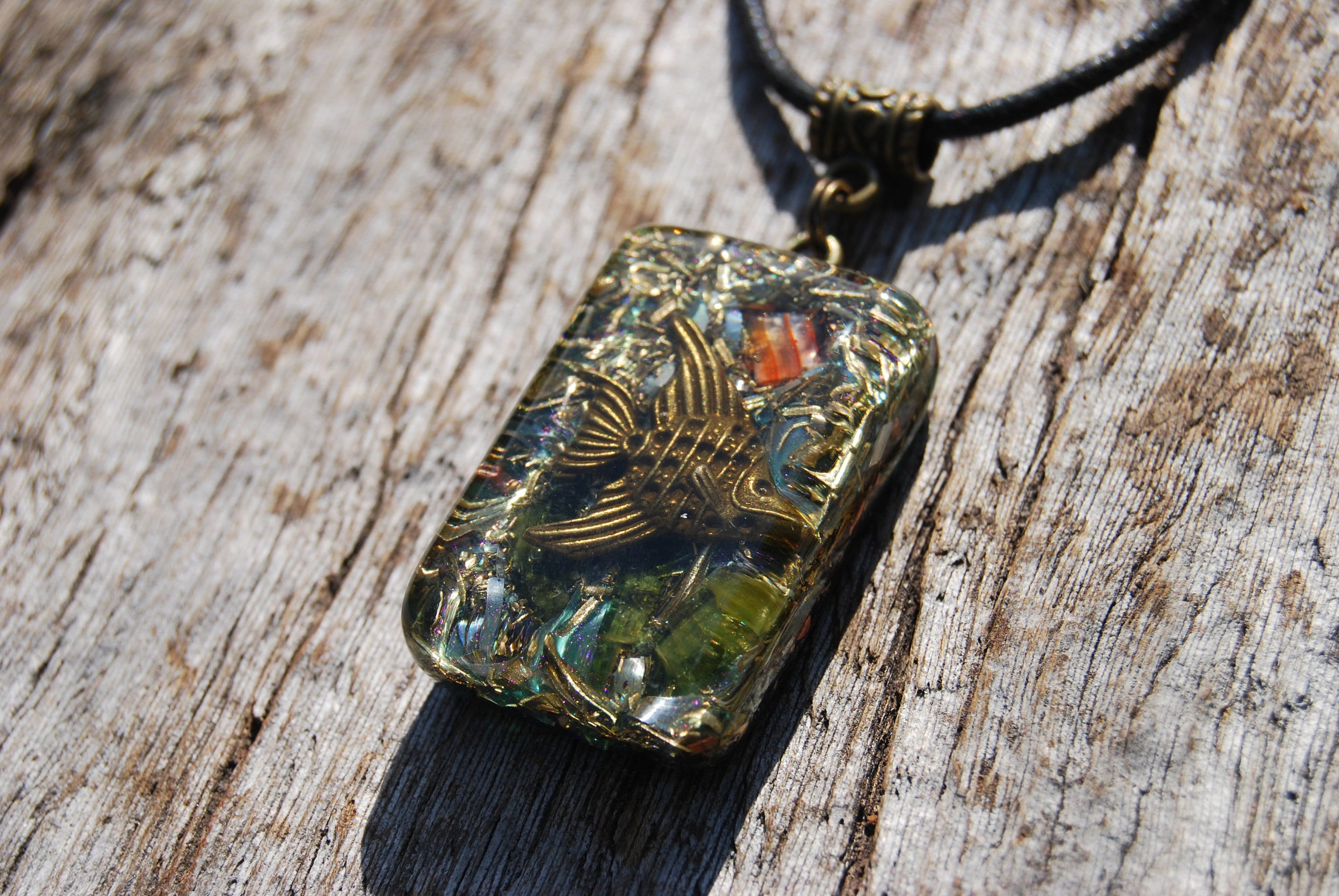 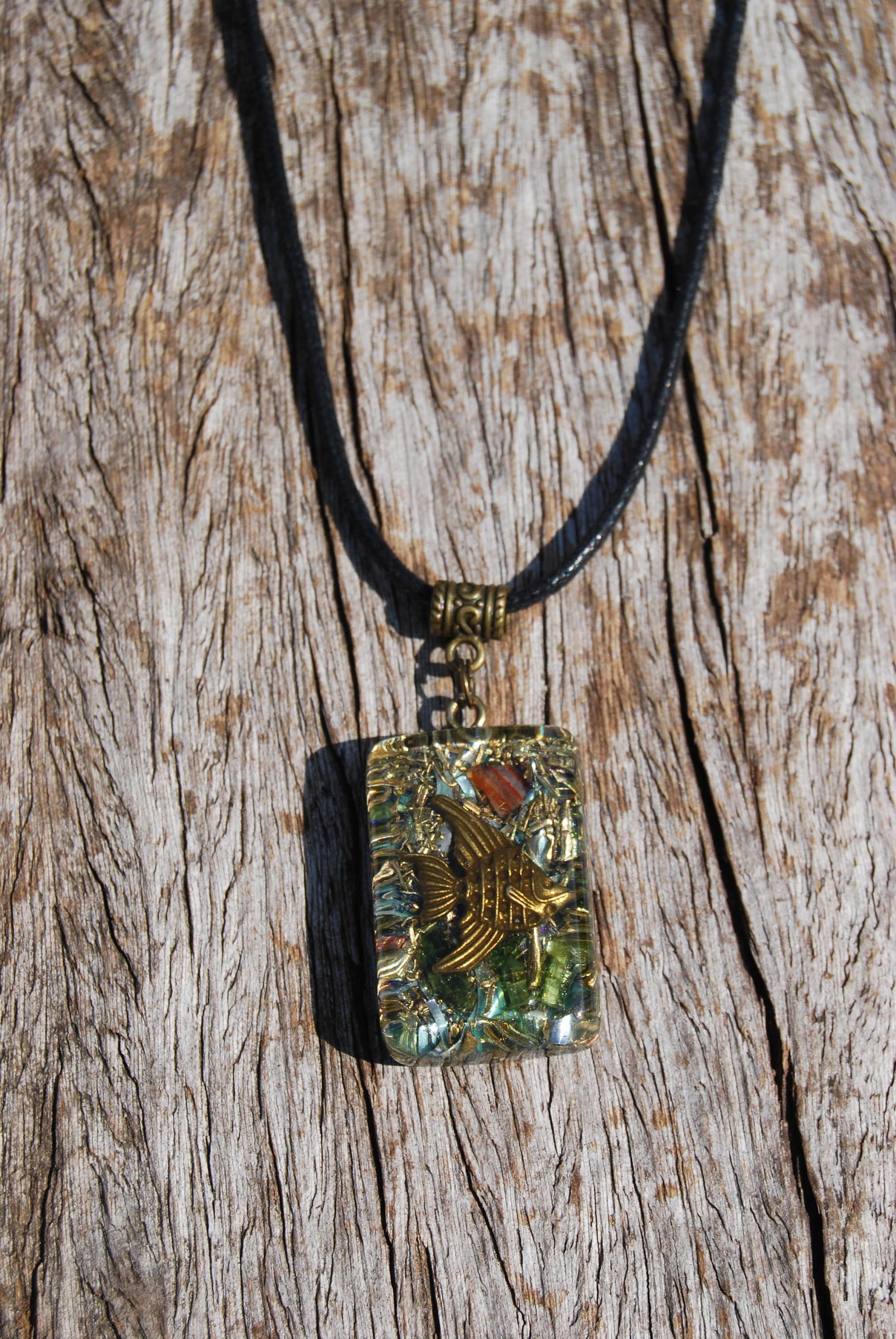 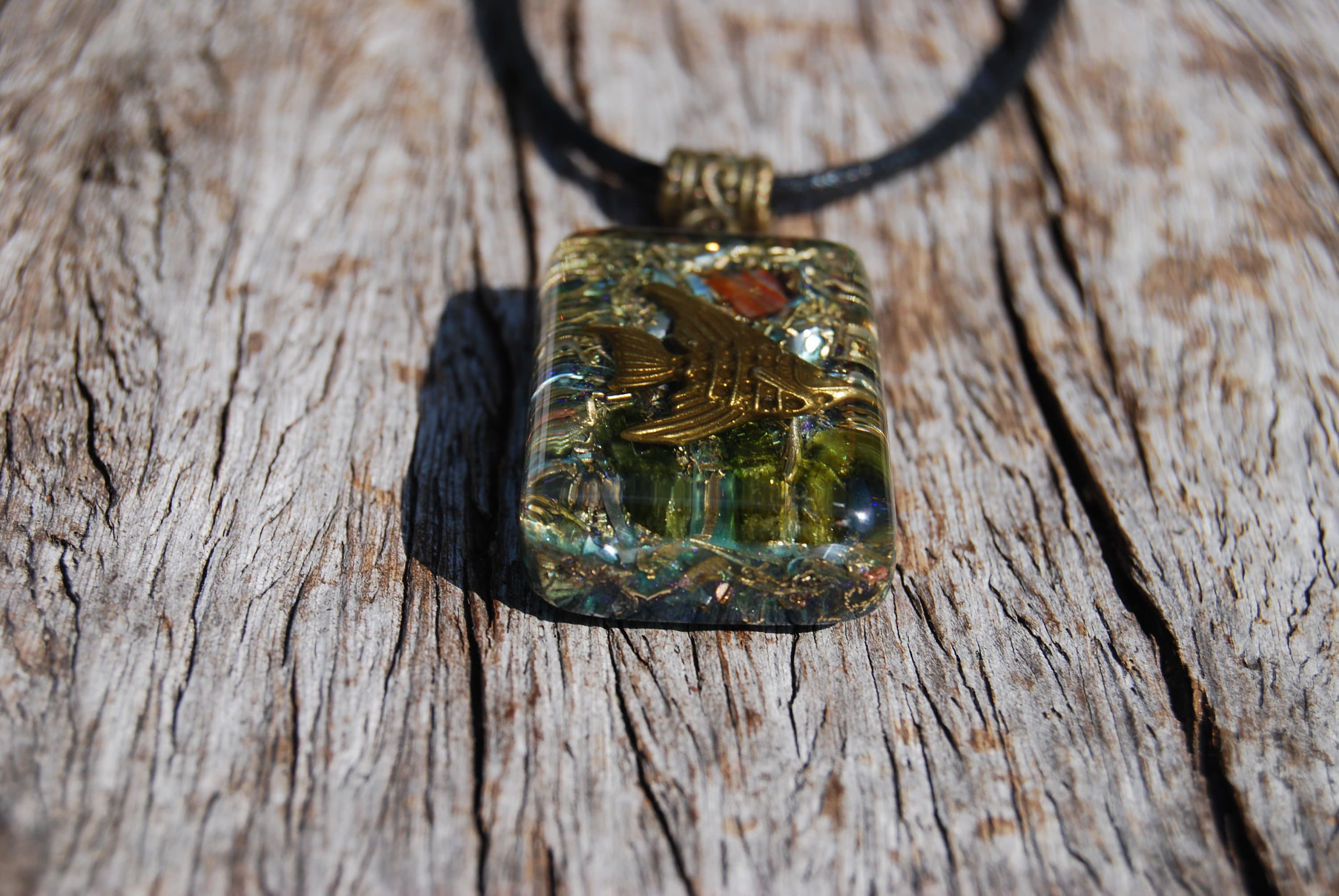 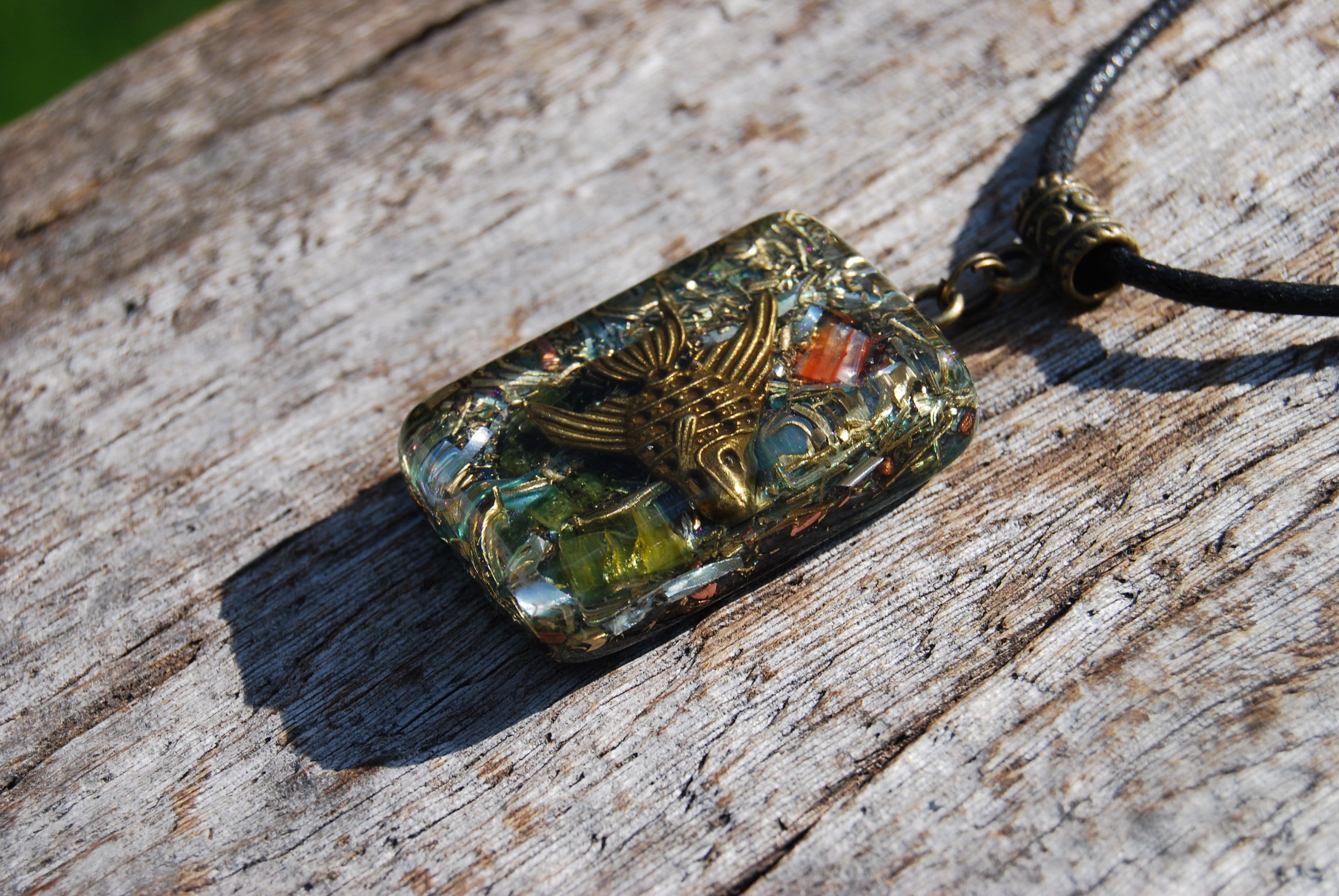 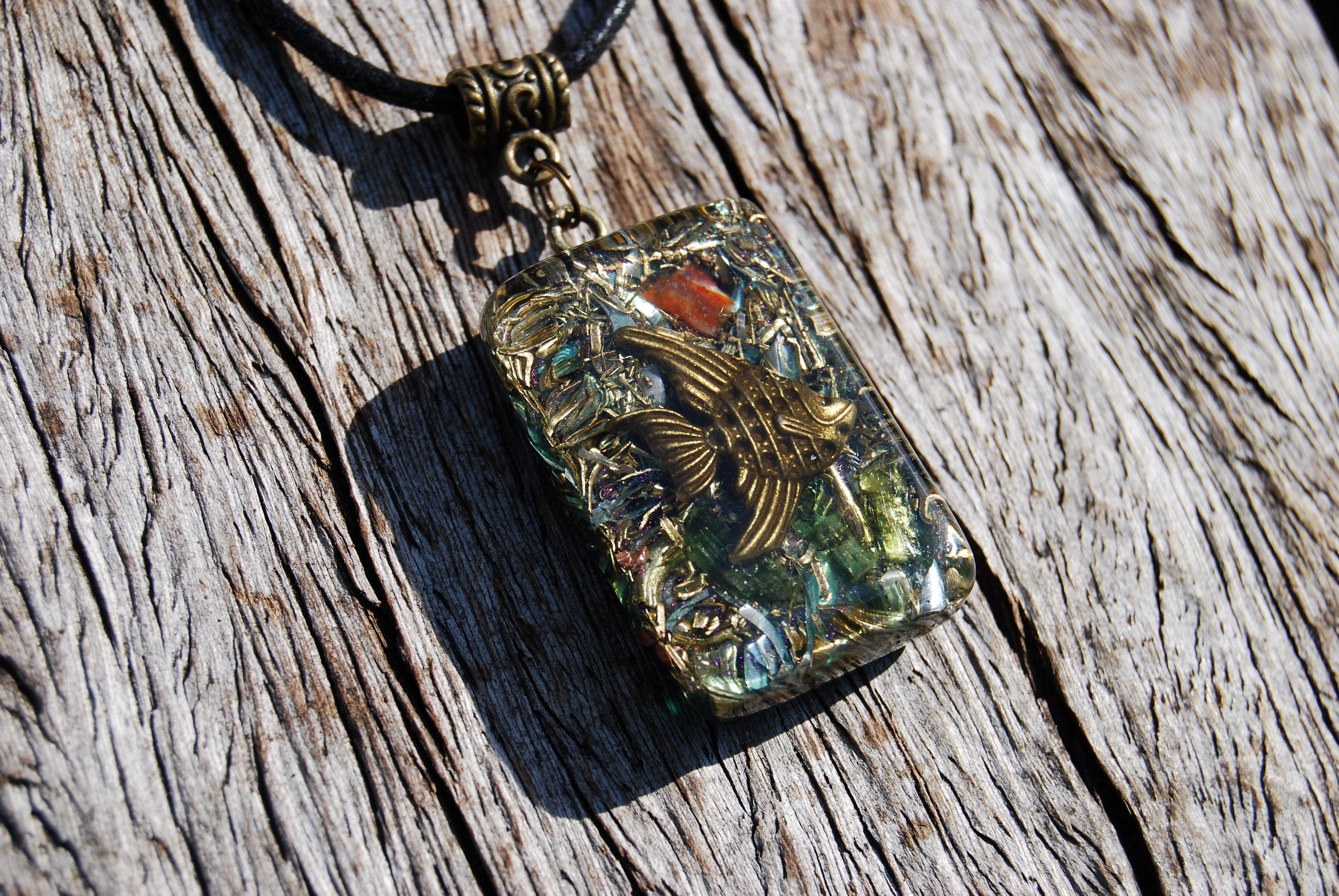 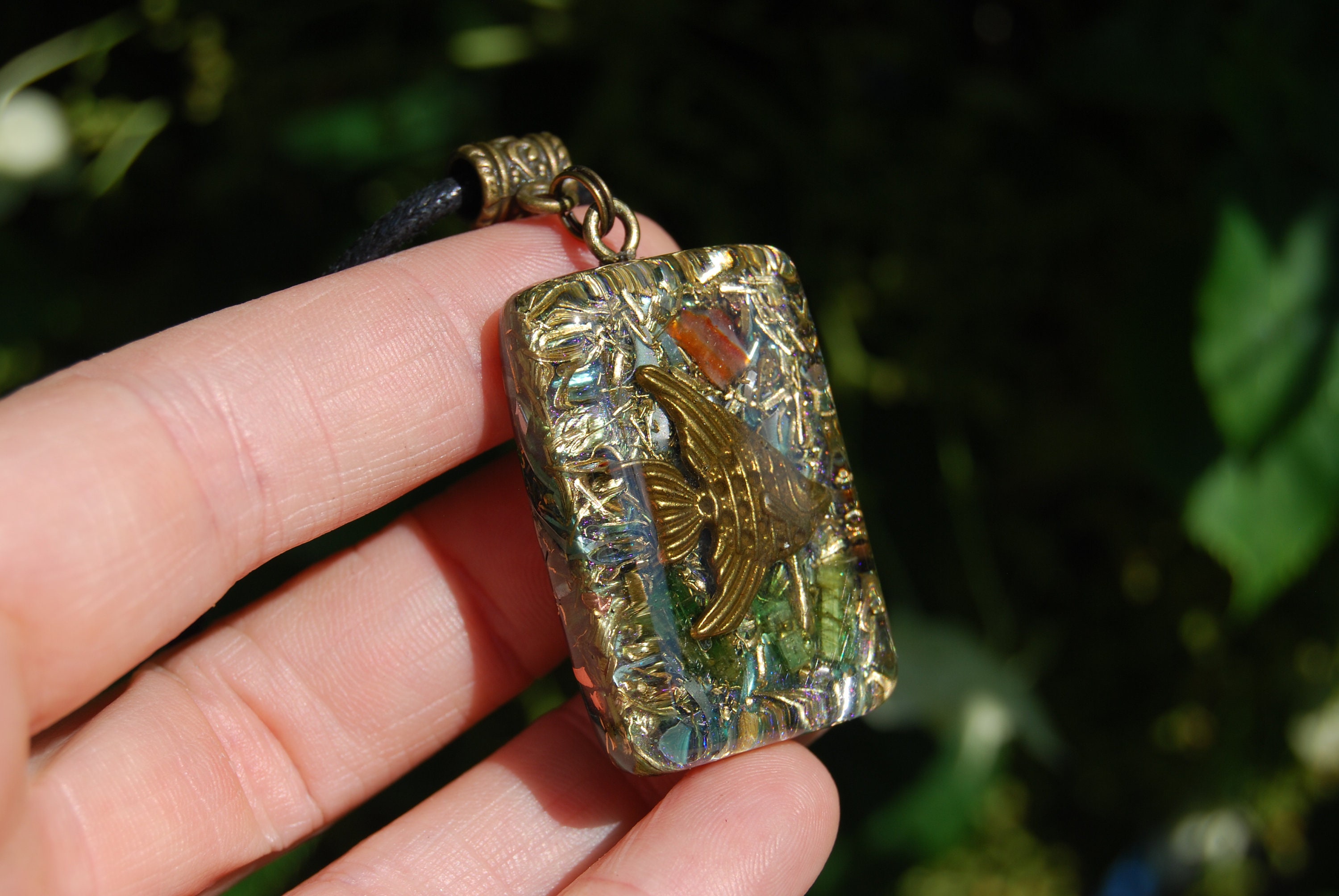 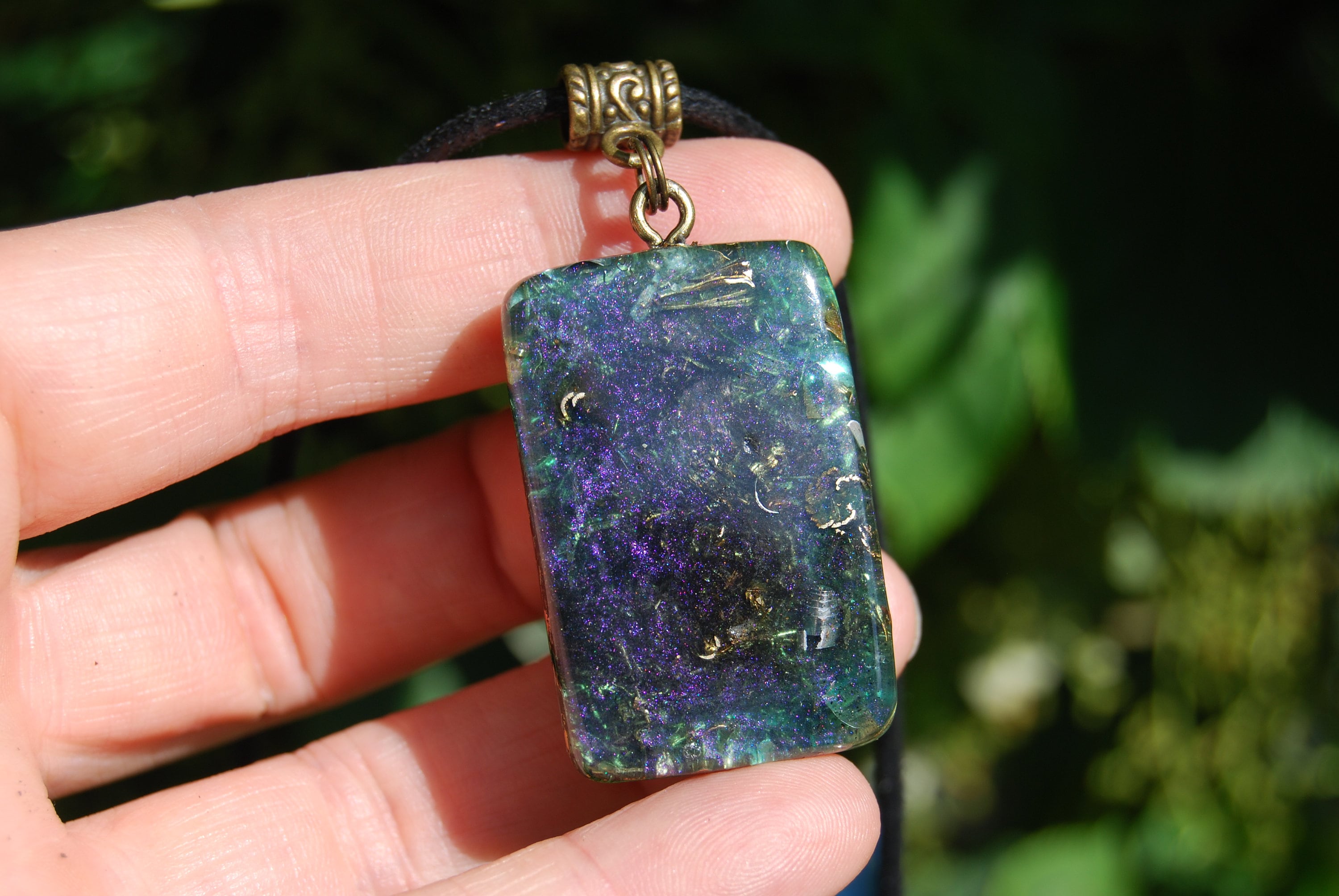 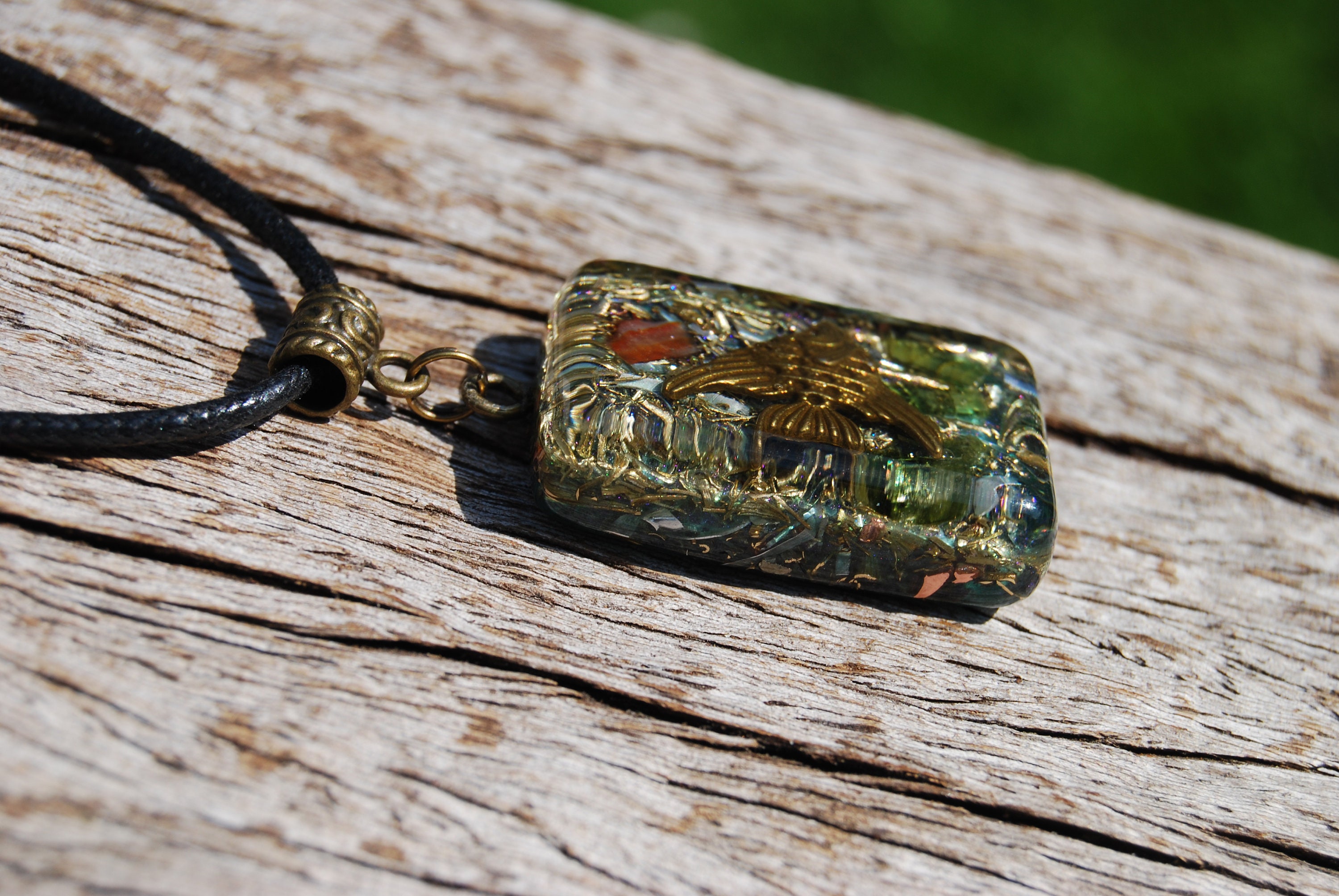 This unique Orgonite® pendant contains brass, bronze, aluminium, copper shavings. It also contains raw green Tourmaline Crystals and Carnelian Agate which you can see around the Angelfish in the front. It furthermore contains black Tourmaline (protects and grounds excess energy), Rose Quartz (self - love), Pyrite (to enhance), Elite Shungite (protection), Rhodizite (to enhance), Selenite (to clear and charge the other stones) all within a durable resin setting.

It consists of lots of metal shavings which is required for the orgonite to properly work according to Wilhelm Reich's research.

It has an Angelfish 🐠 swimming in it 😉.

This is THE stone everyone should have for protection. This group of stones are variegated chalcedony. The agate is one of the oldest stones in recorded history.

Agates attract strength. Agate is a protection from bad dreams. It also protects from stress and energy drains. Agates have been used in jewelry since Biblical Babylonian times. They were used to ward off storms. They were prized gems in antiquity. The agates with banded colors were placed at the head of a sleeper to give rich and varied dreams. Agates have been thought to be good to harden the gums.

This stone of unconditional love that opens the heart chakra to all forms of love: self-love, family love, platonic love, and romantic love. The high energy of quartz gives rose quartz the property of enhancing love in virtually any situation. Bringing love in to life and daily situations not only brings inner warmth, but it also lowers stress and soothes those around it. Rose quartz is a very happy and loving stone.
----

This pendant is cleansed after I made it. In the process of making it, I think and connect with the gemstone and its properties and how it will effect the wearer. I believe that the intentions that I use when I am creating a piece is important. All my jewelry is made with intentions of love and compassion.