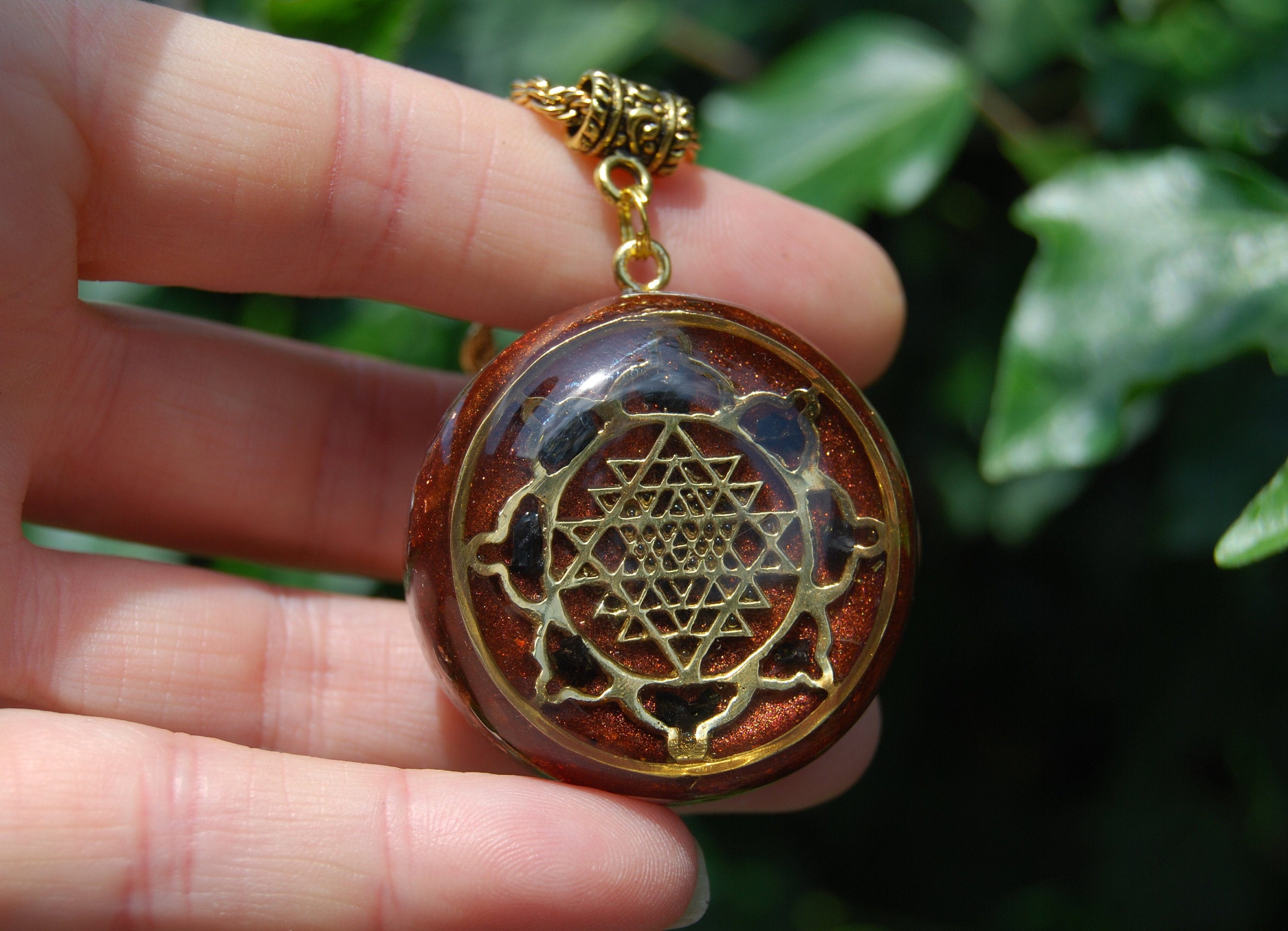 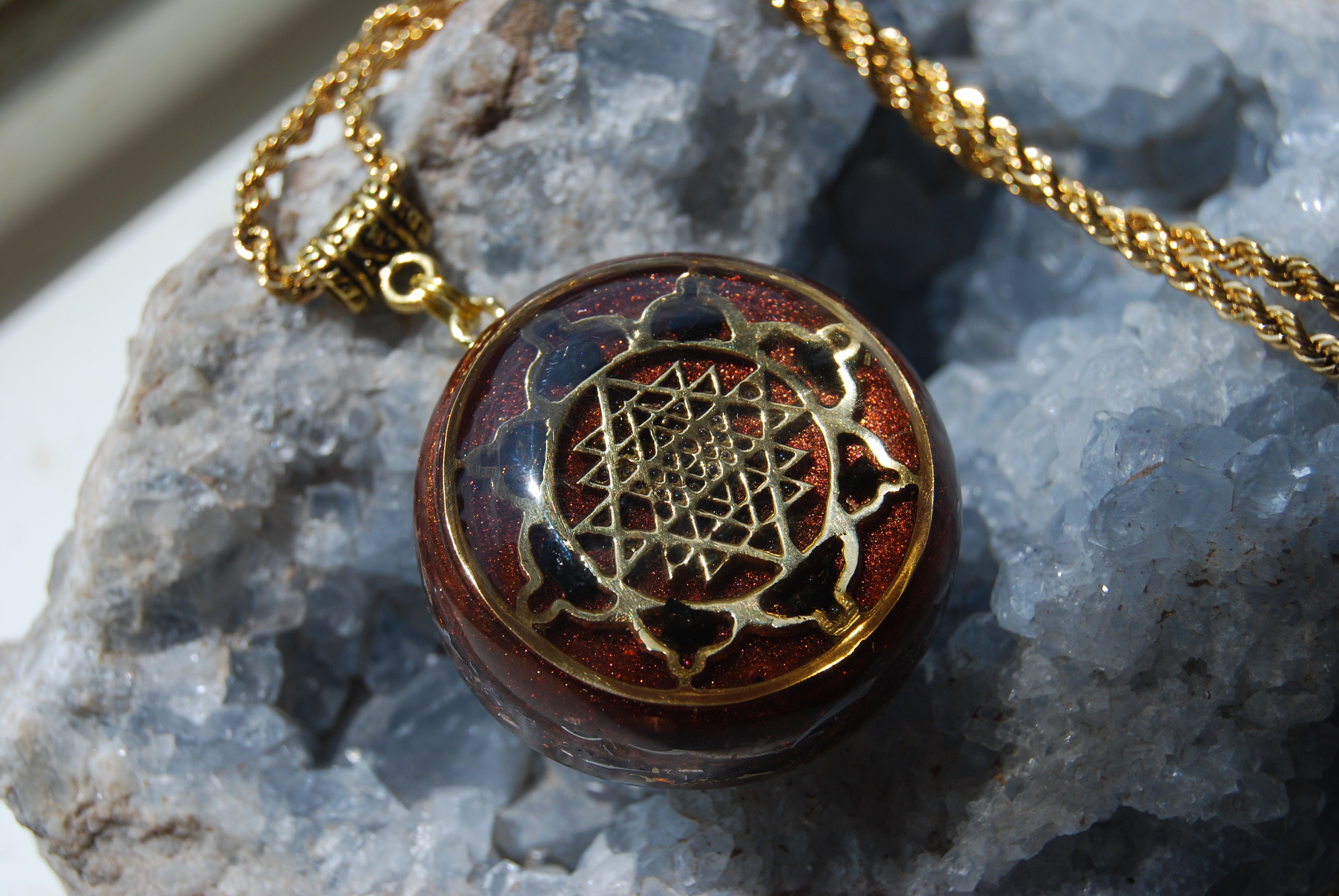 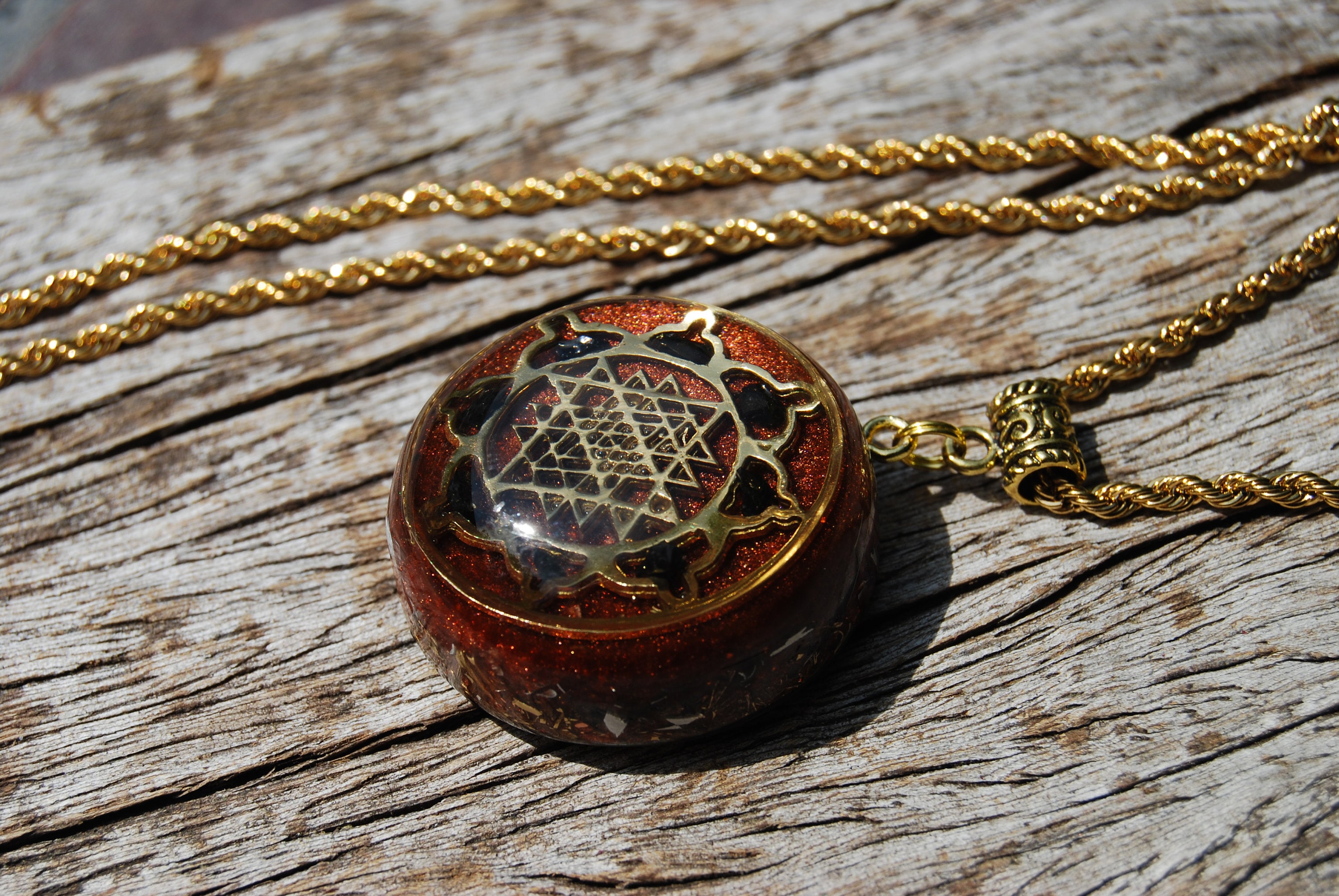 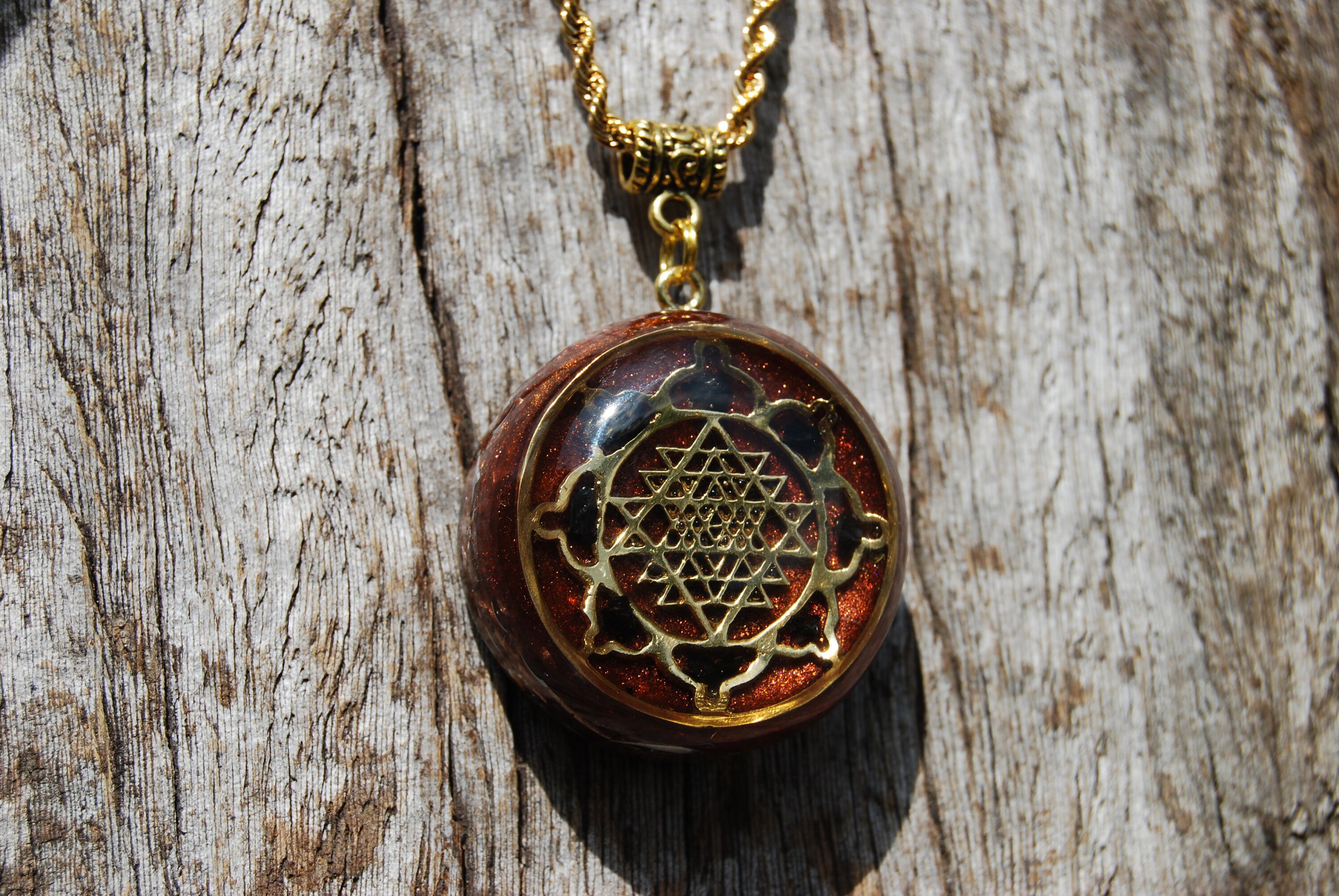 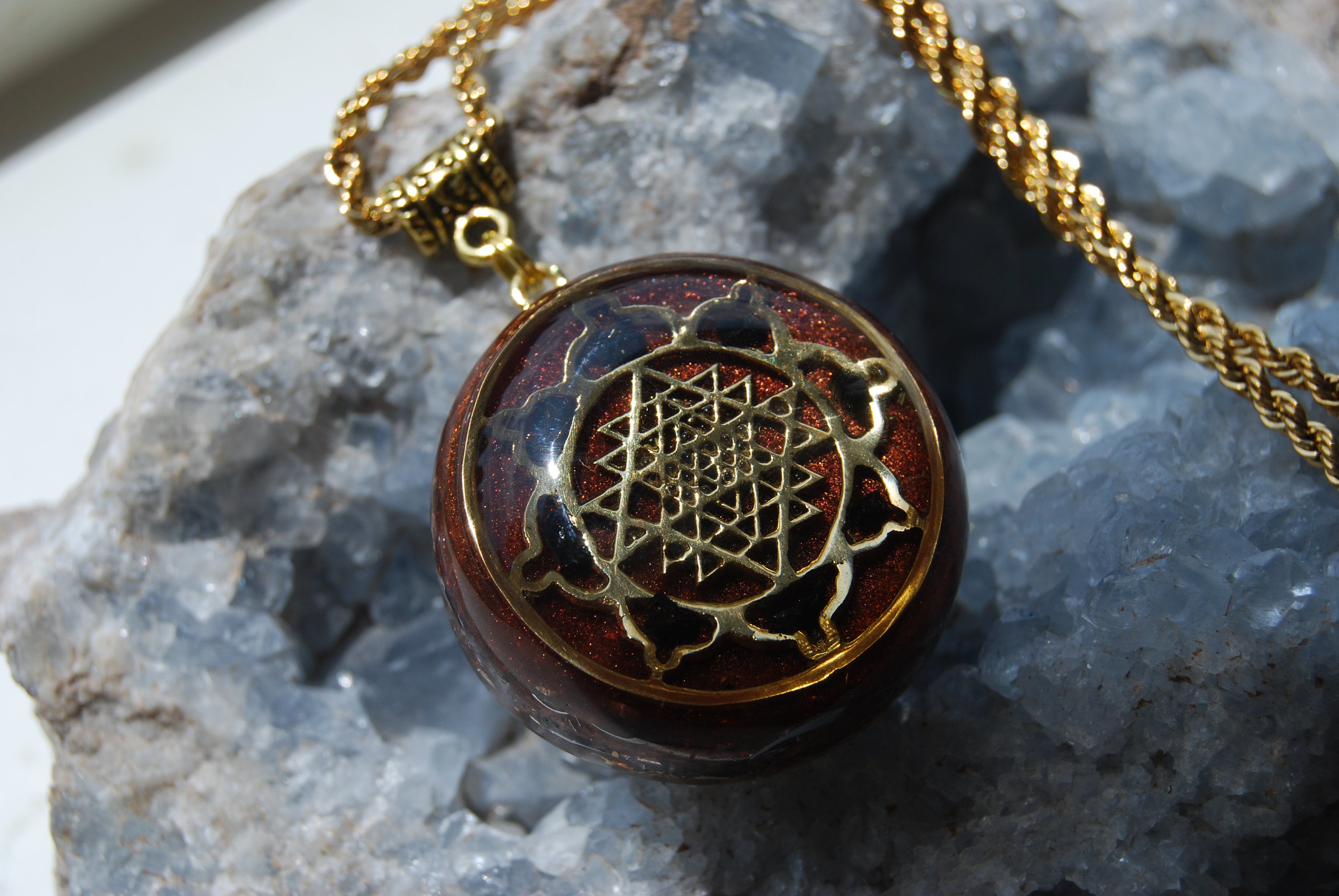 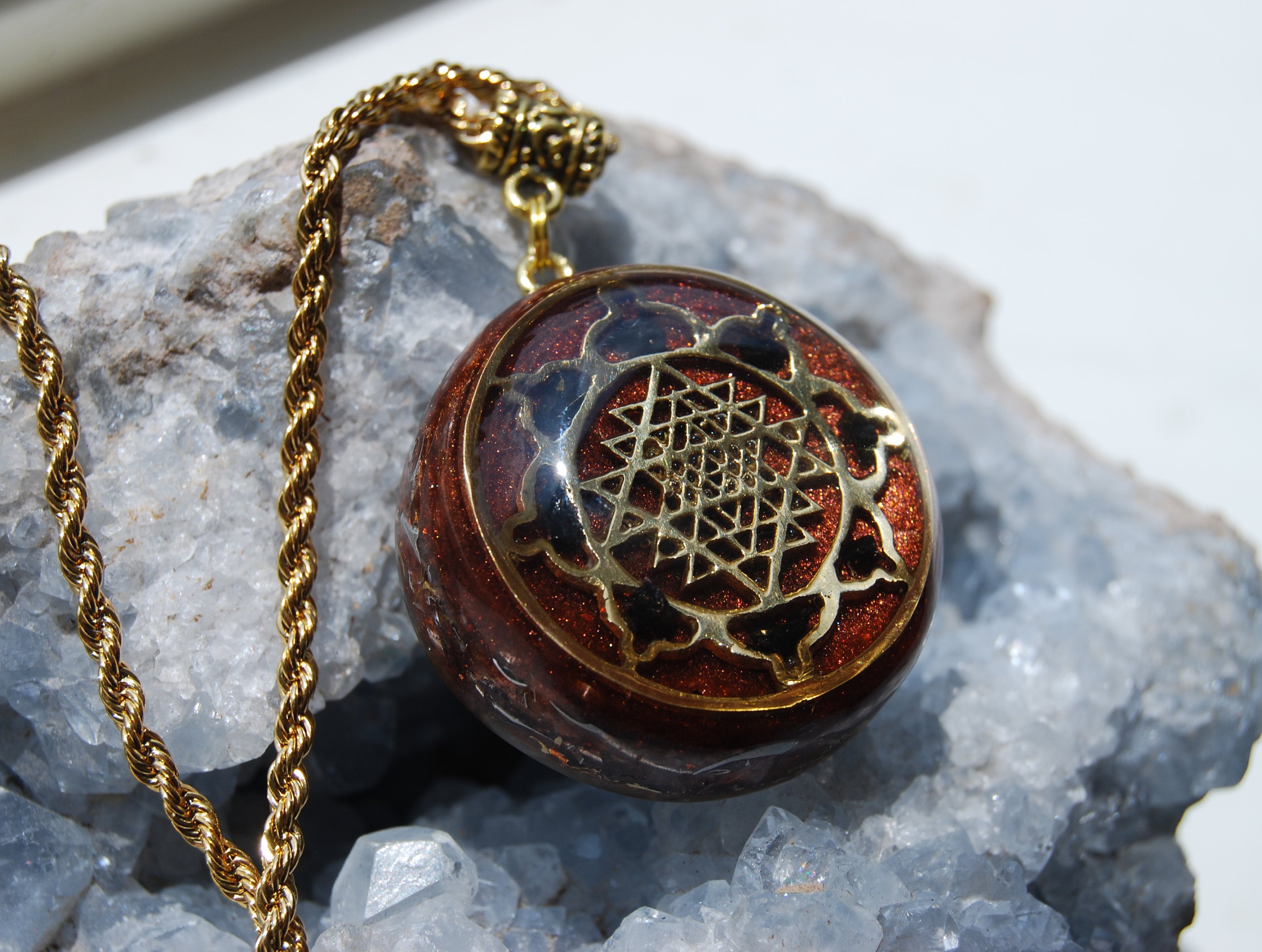 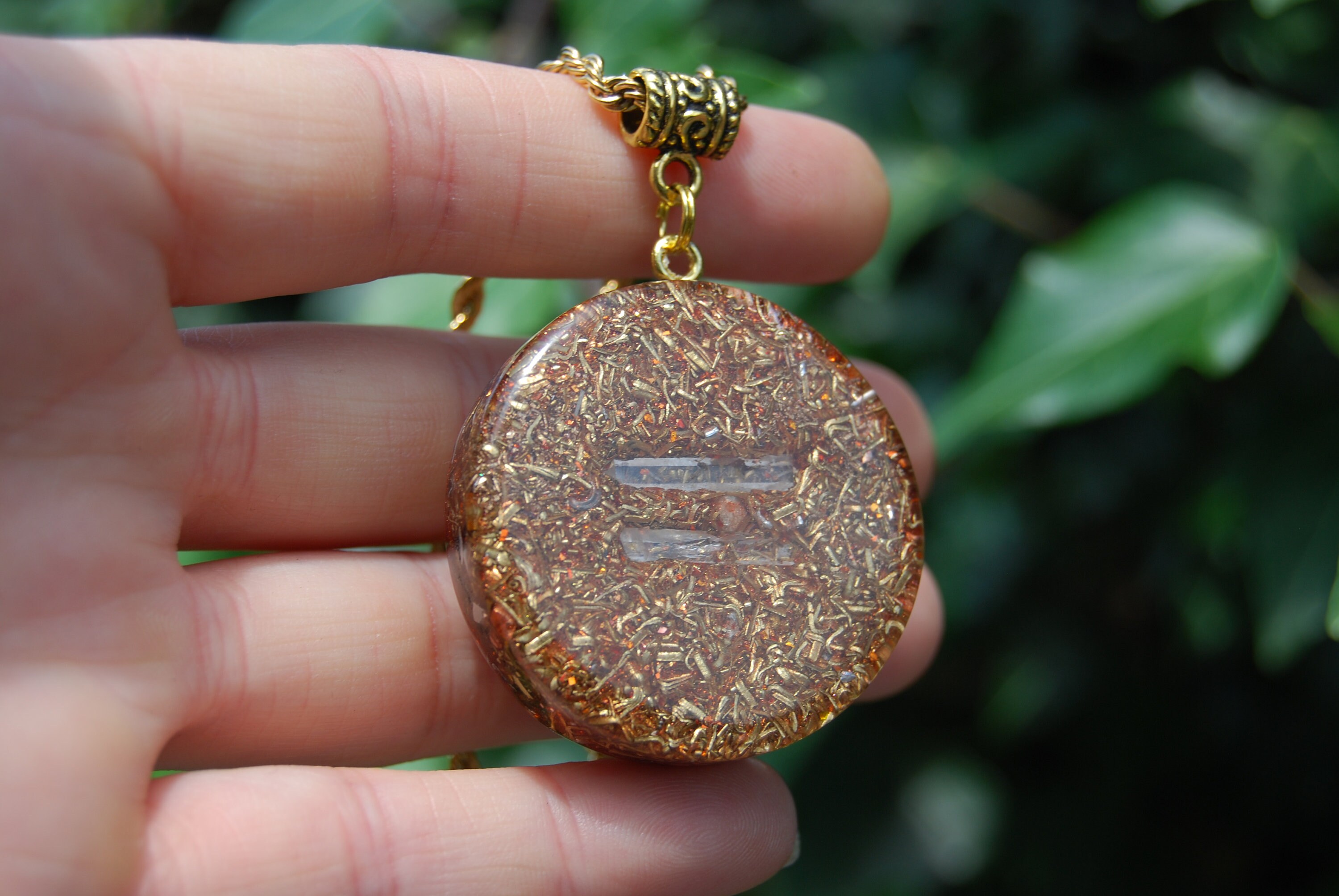 You will get the pendant as shown in the pictures. Only one available.
This 4 cm / 1.57" in diameter Orgonite® pendant is contains lovely raw pieces of Elite Shungite carefully placed in the Sri Yantra symbol which you can see in the front. It furthermore consists of Rose Quartz (self - love), Pyrite (to enhance), Elite Shungite (protection), black Tourmaline (to protect and ground excess energy) ,Rhodizite (to enhance) and clear quartz (for piezo-electric effect) all within a durable resin setting.


SRI YANTRA
The Sri Yantra is a form of mystical diagram which consists of nine interlocking triangles that surround a central point known as a bindu. These triangles represent the cosmos and the human body.

Sri Yantra holds the theory of everything in each and every bit. One of the fundamental hyperspace structure is the 64 tetrahedron grid.
It is a fundamental sacred fractal geometry formed by opposite and equal forces shiva (consciousness) and shakti (energy). The center - bindu of Sri Yantra is singularity in cosmology where theories and laws of cosmology and quantum physics ceases.

It comes on an 18K Gold plated necklace with lobster clasp closing.