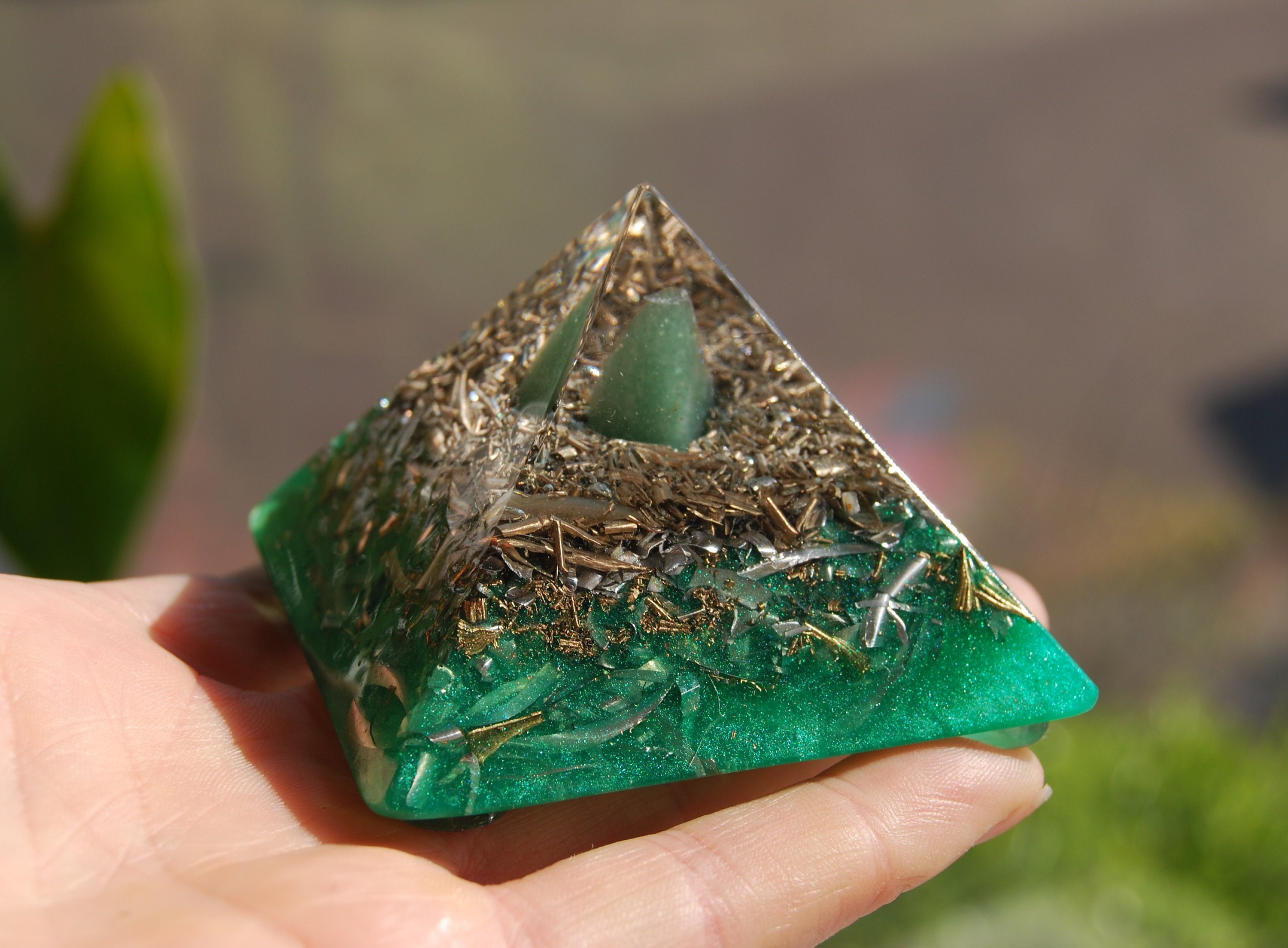 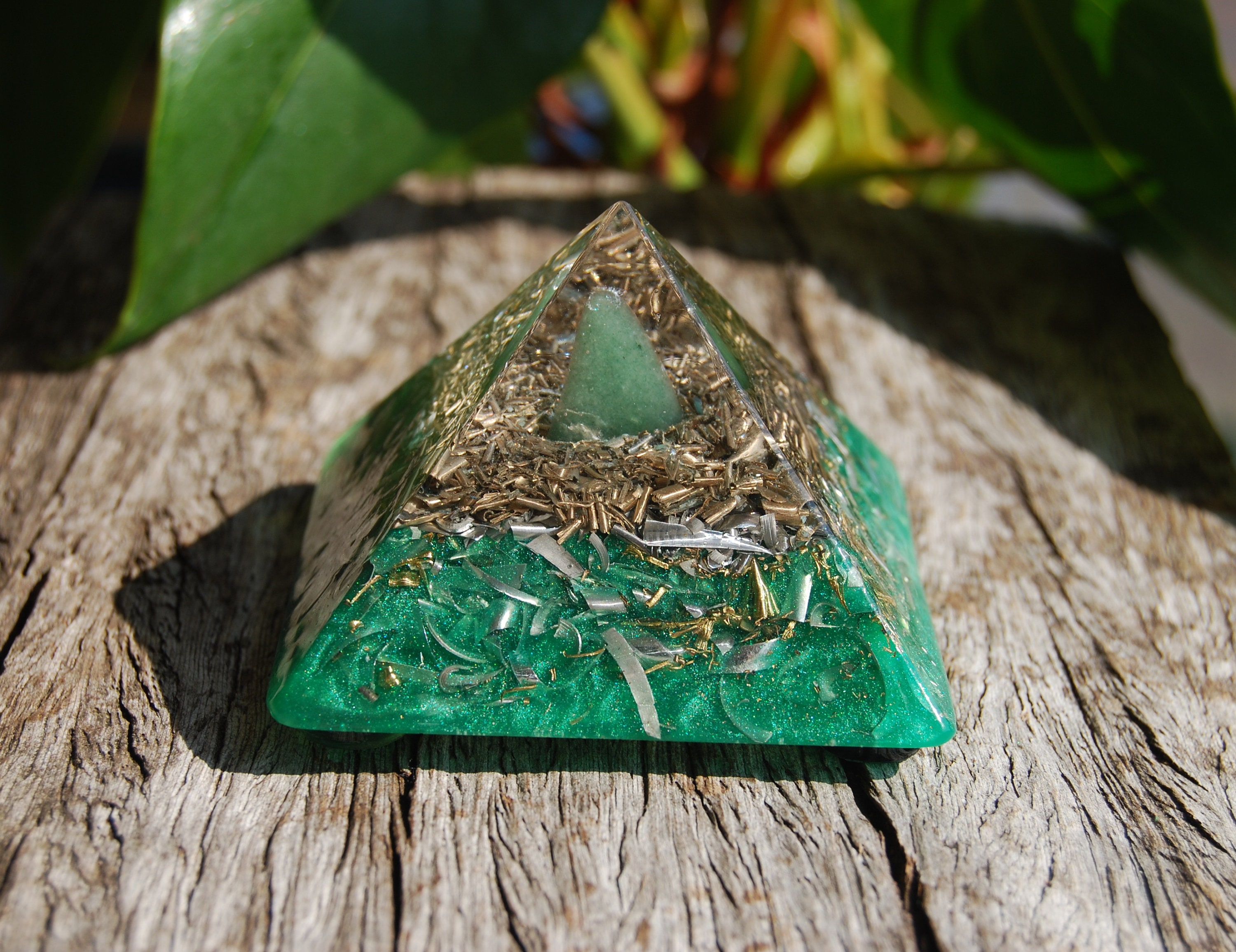 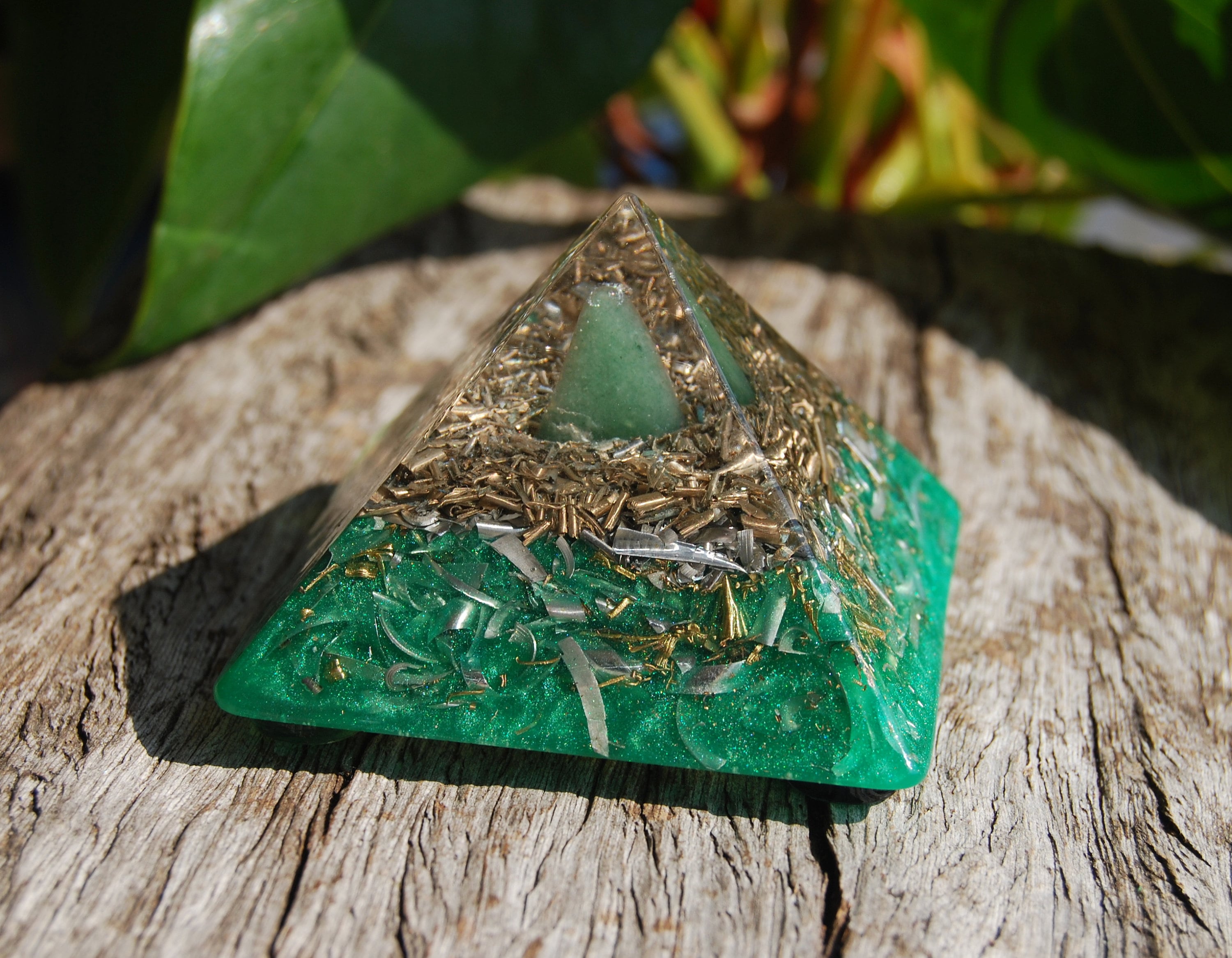 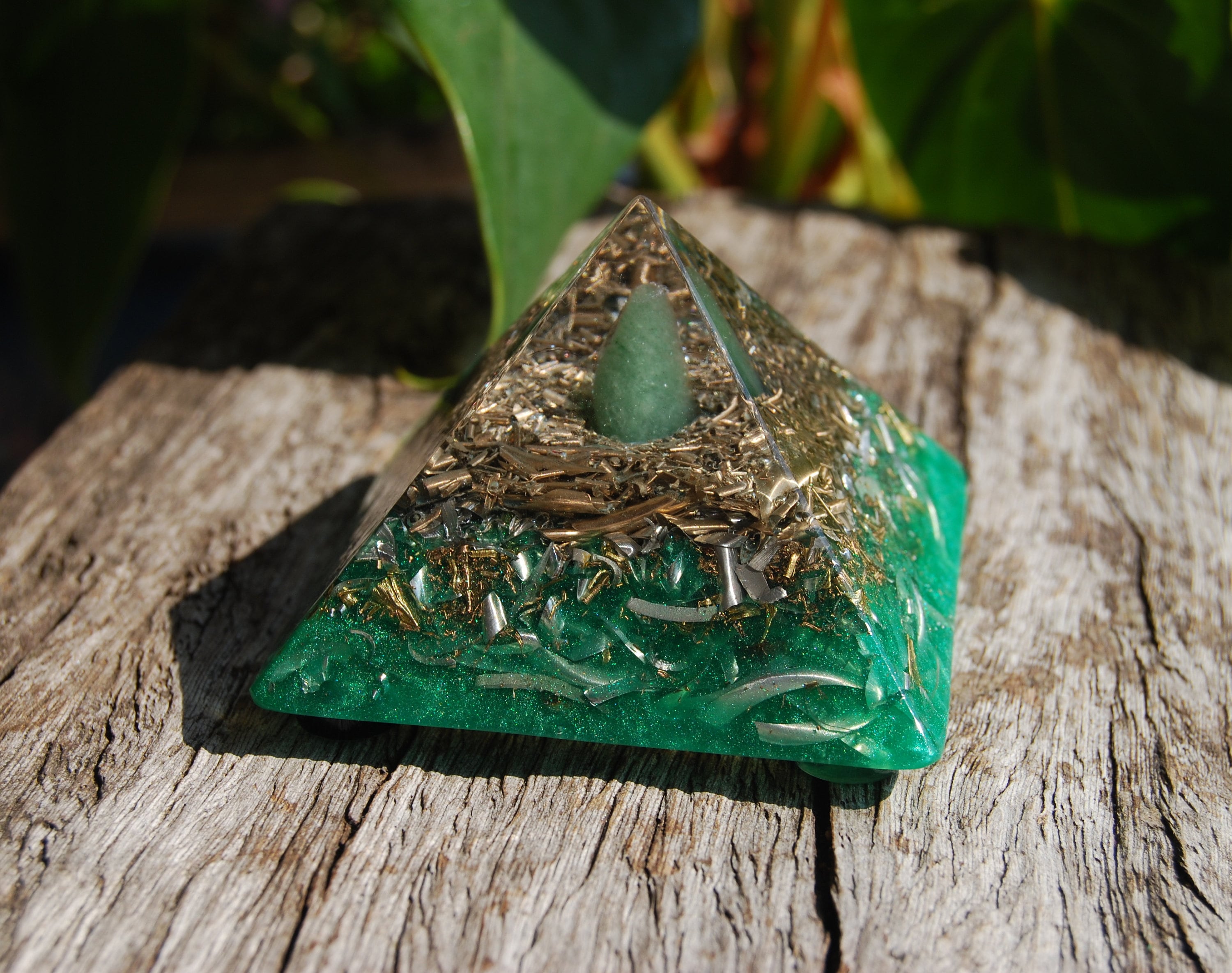 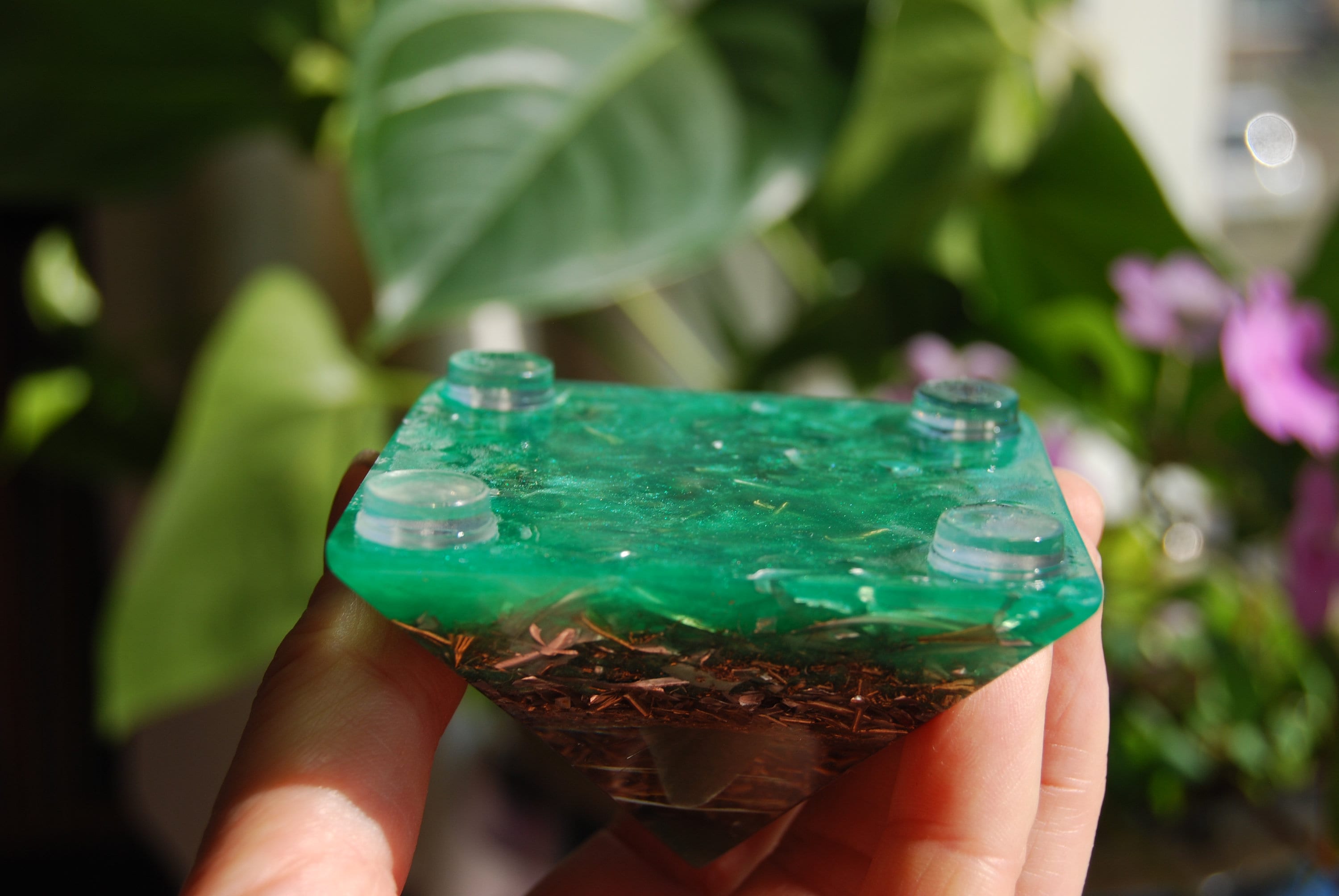 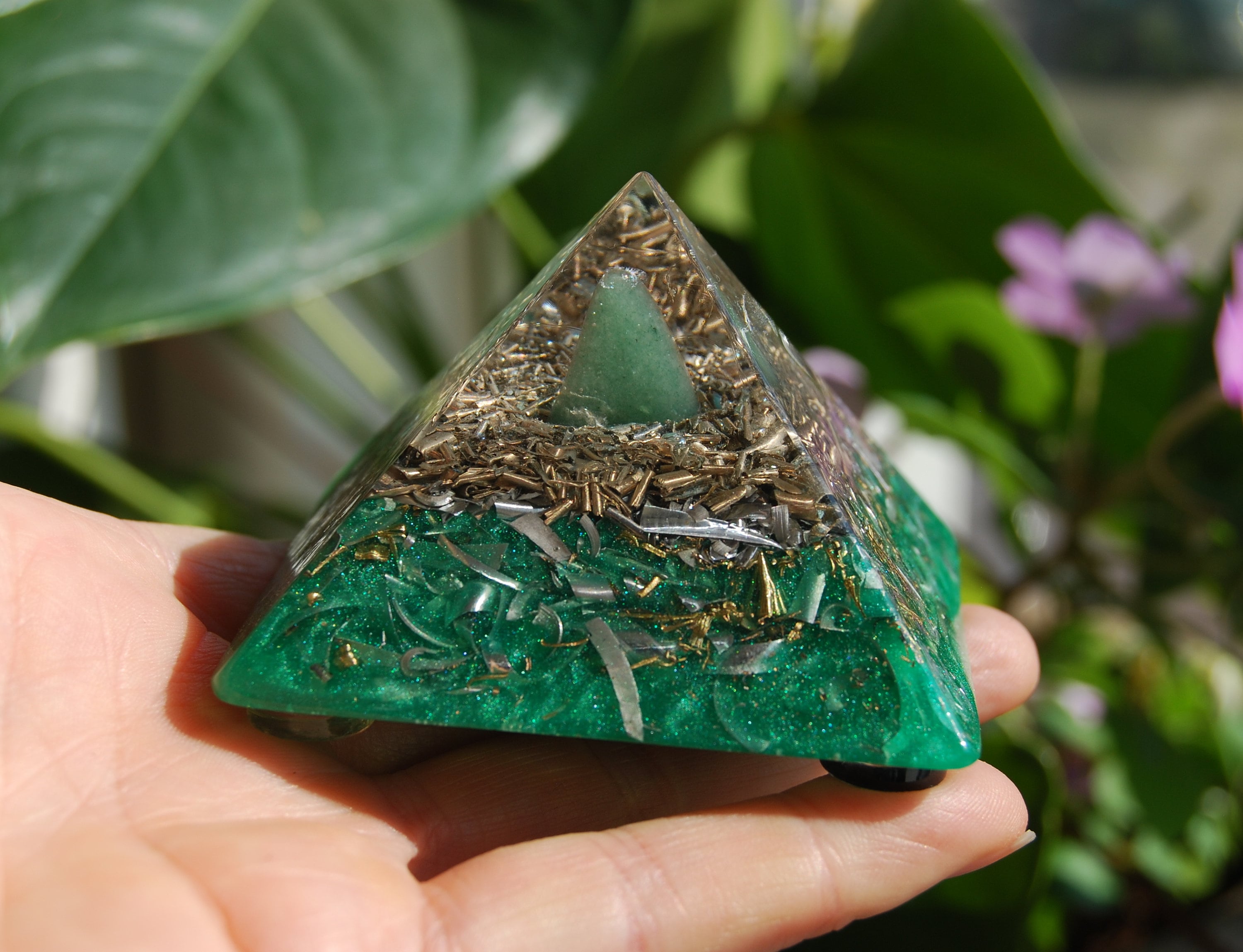 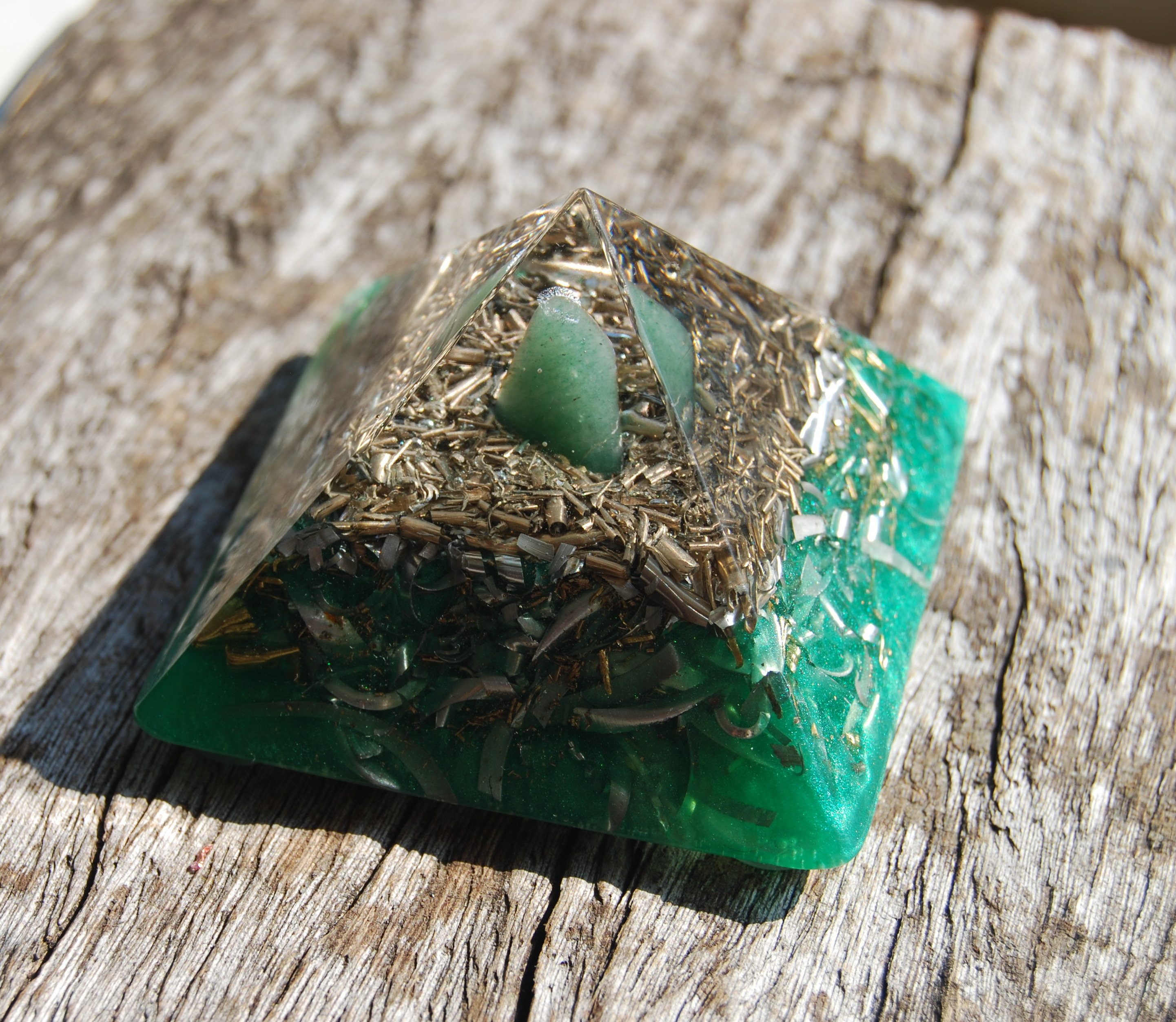 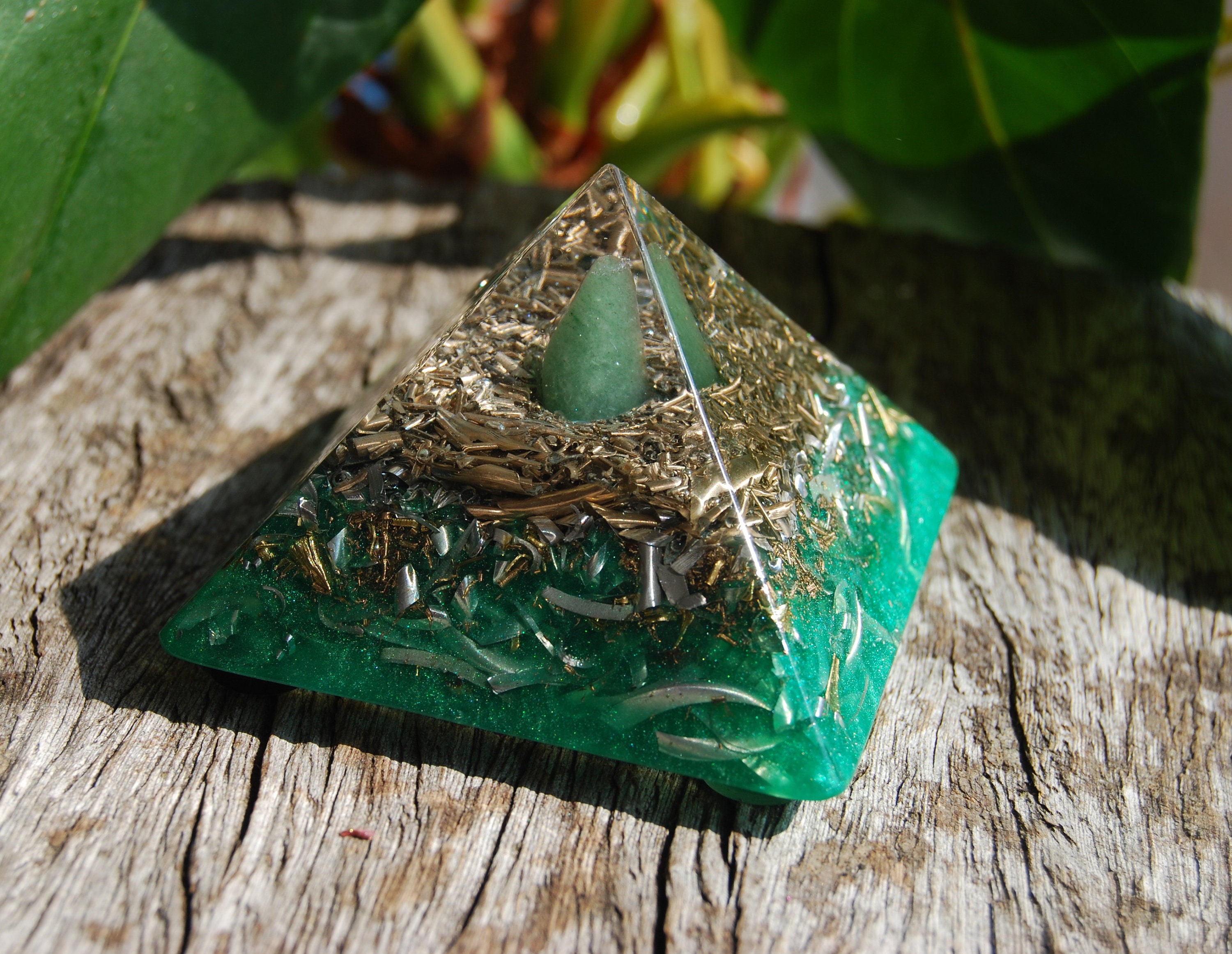 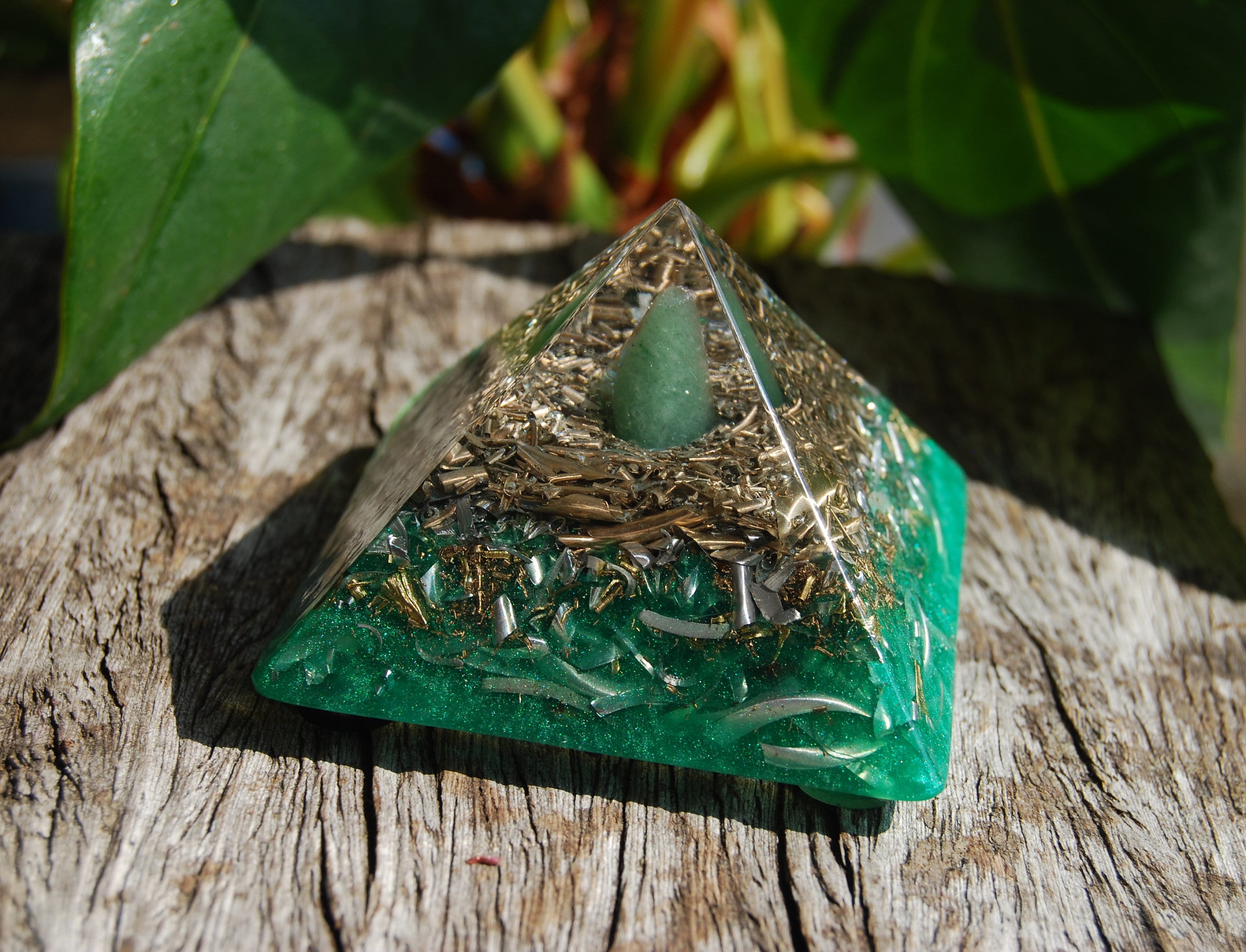 This is a unique Orgonite® pyramid with the original shape of the actual Giza pyramid in Egypt. It has an aventurine stone in the top.