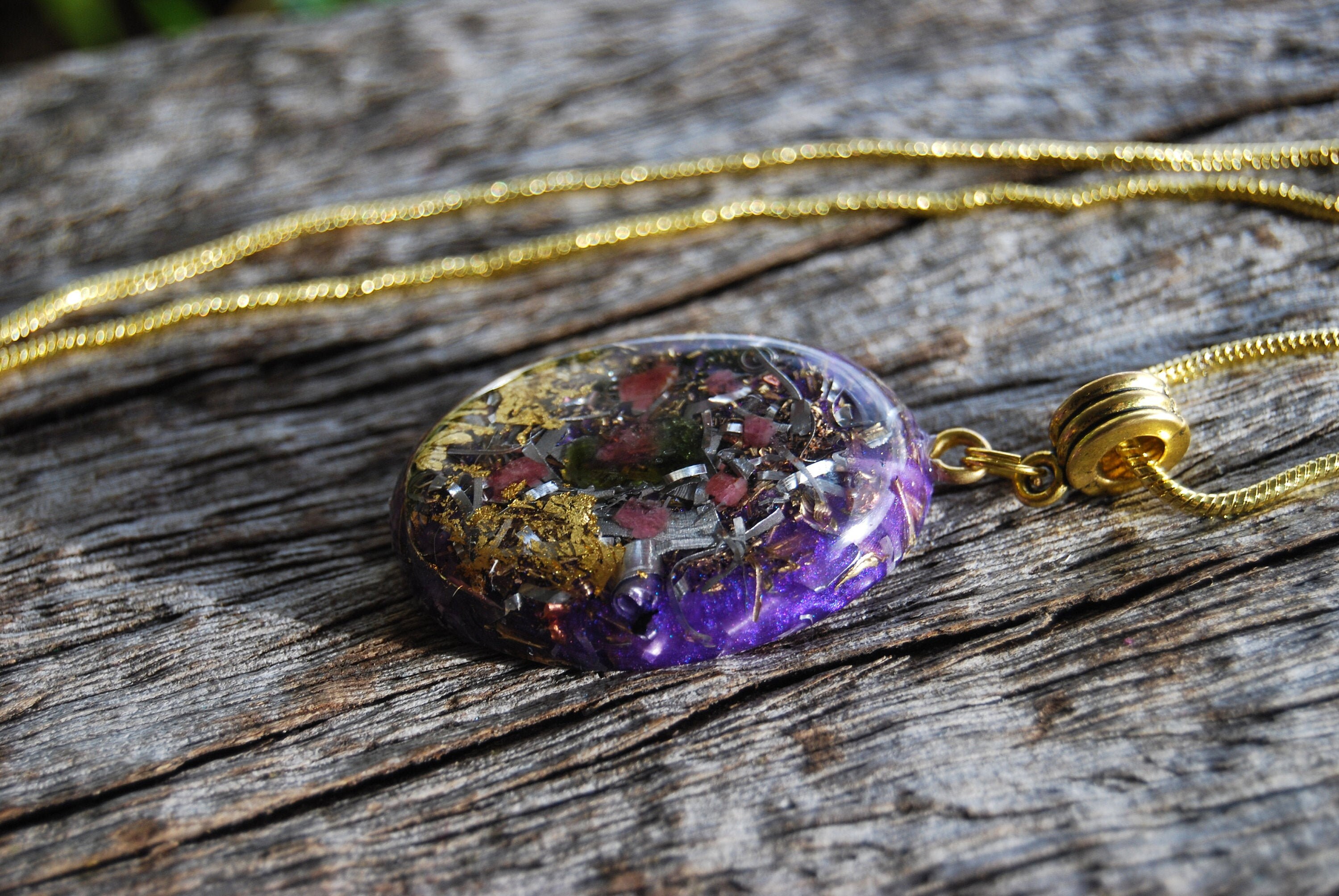 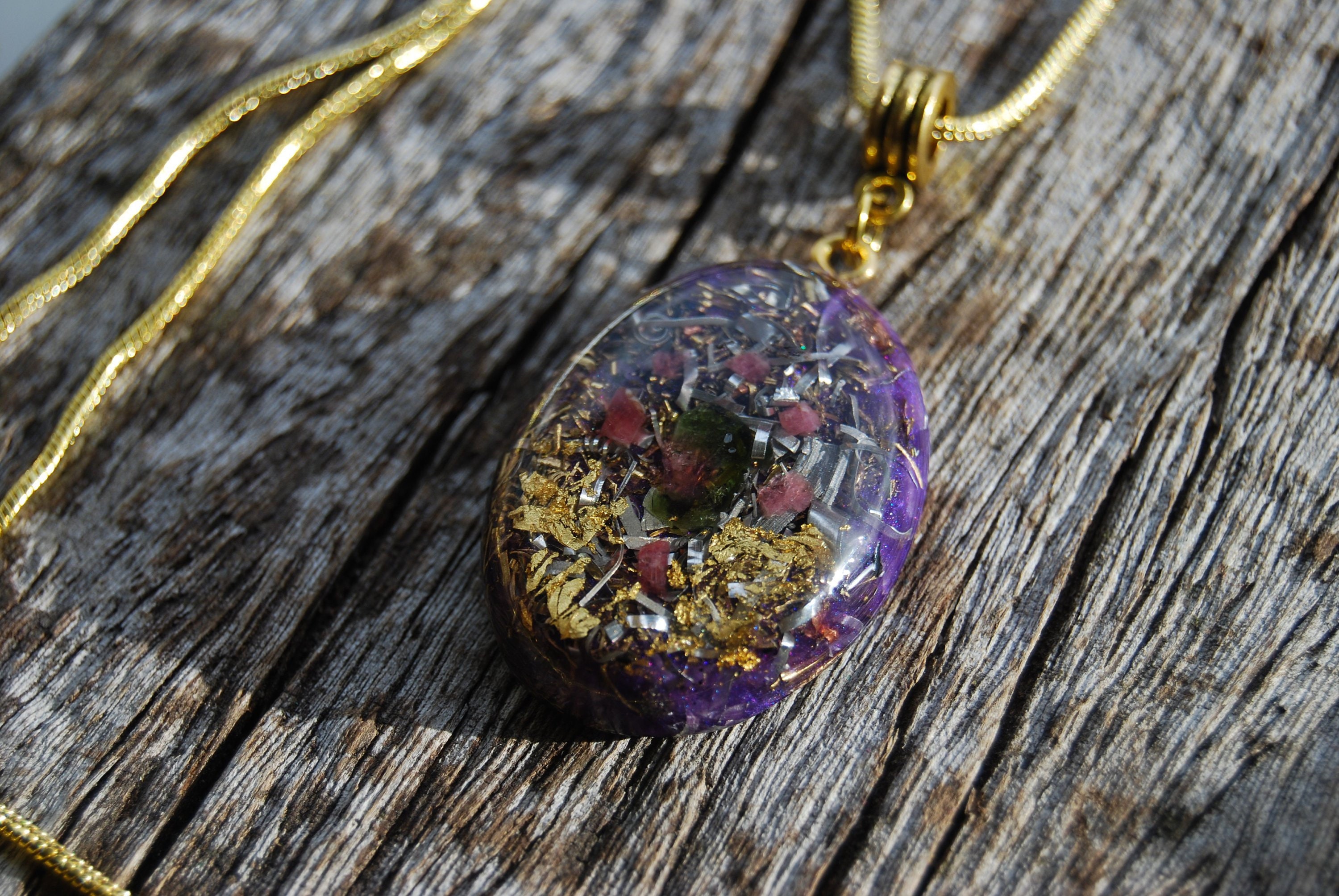 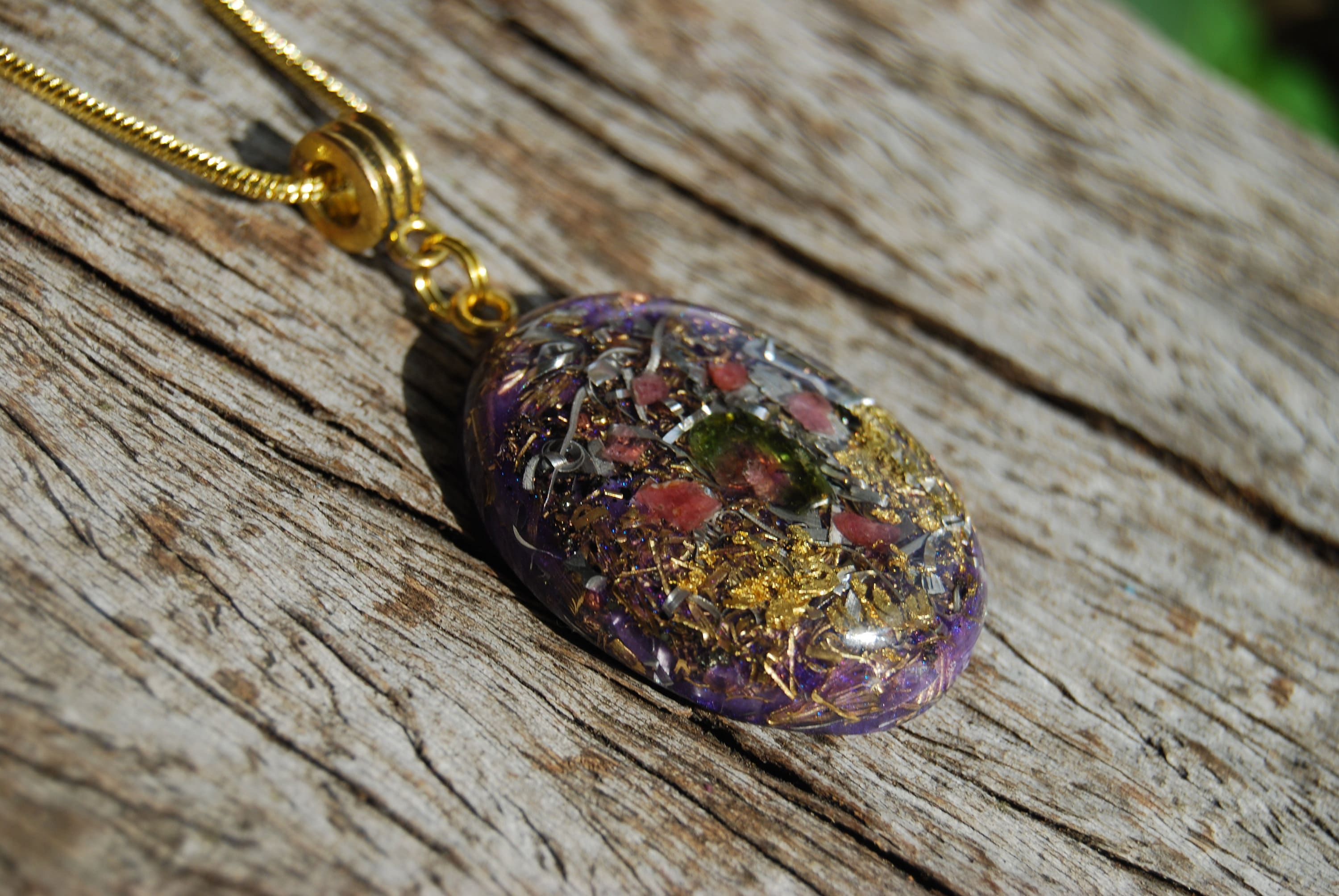 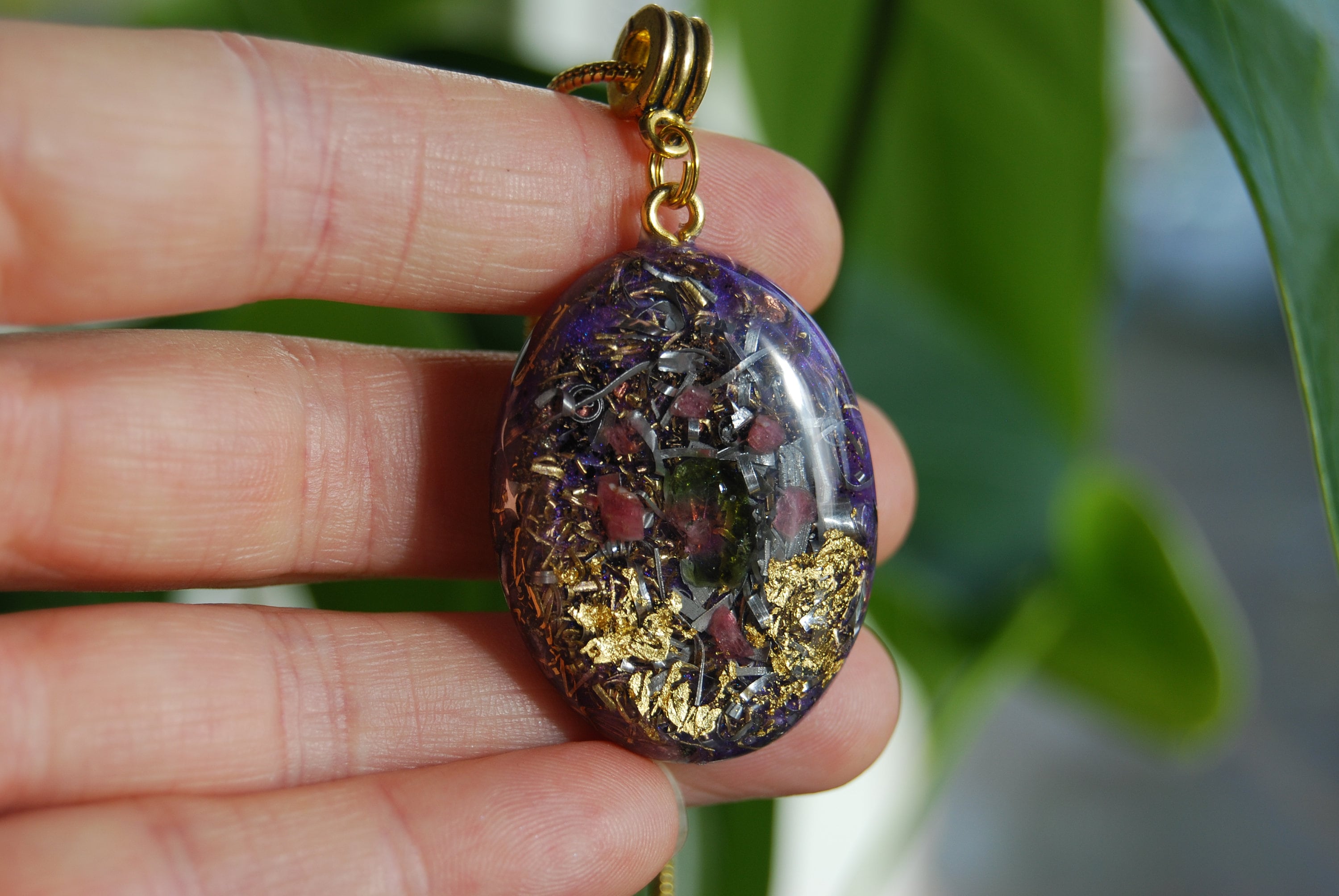 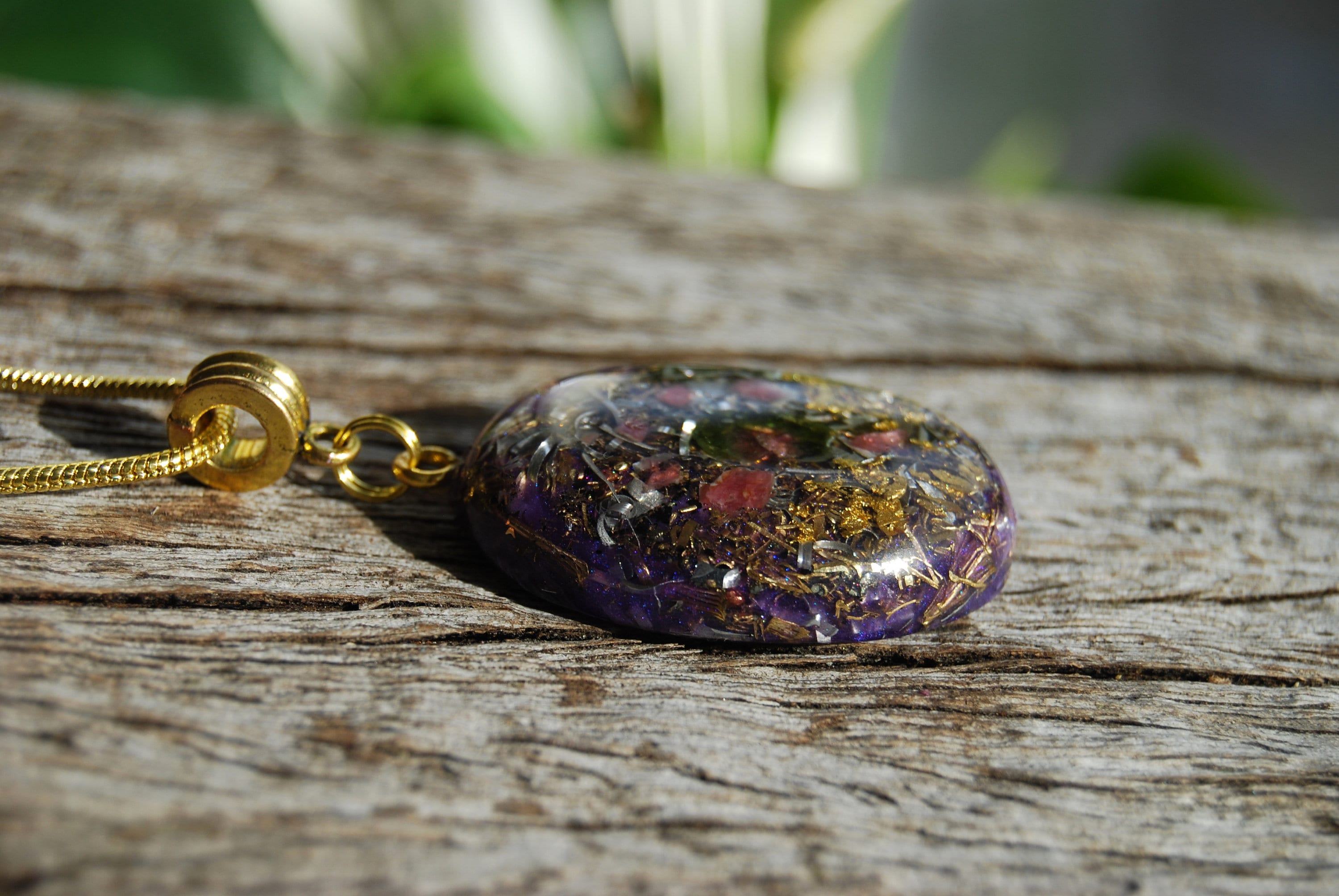 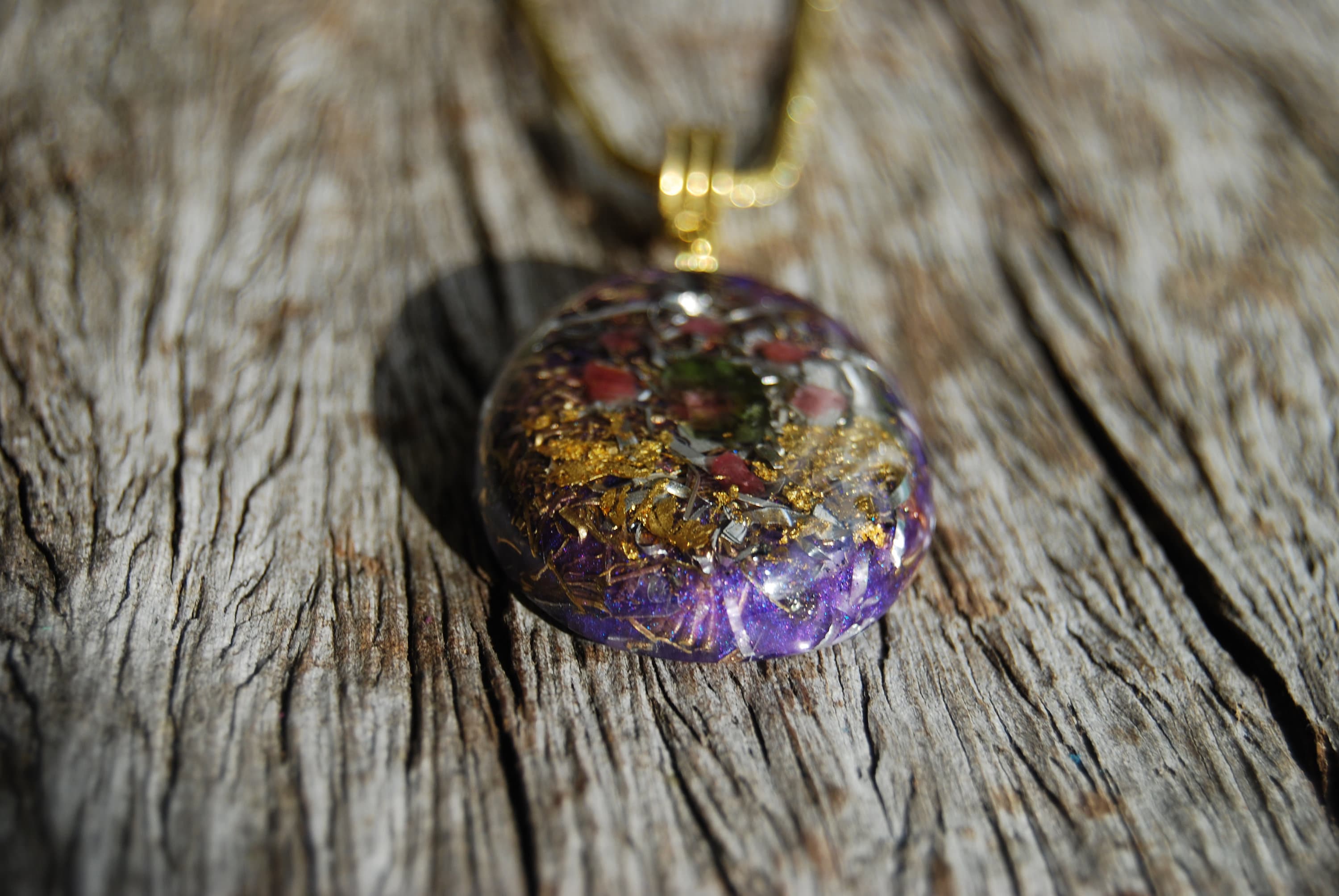 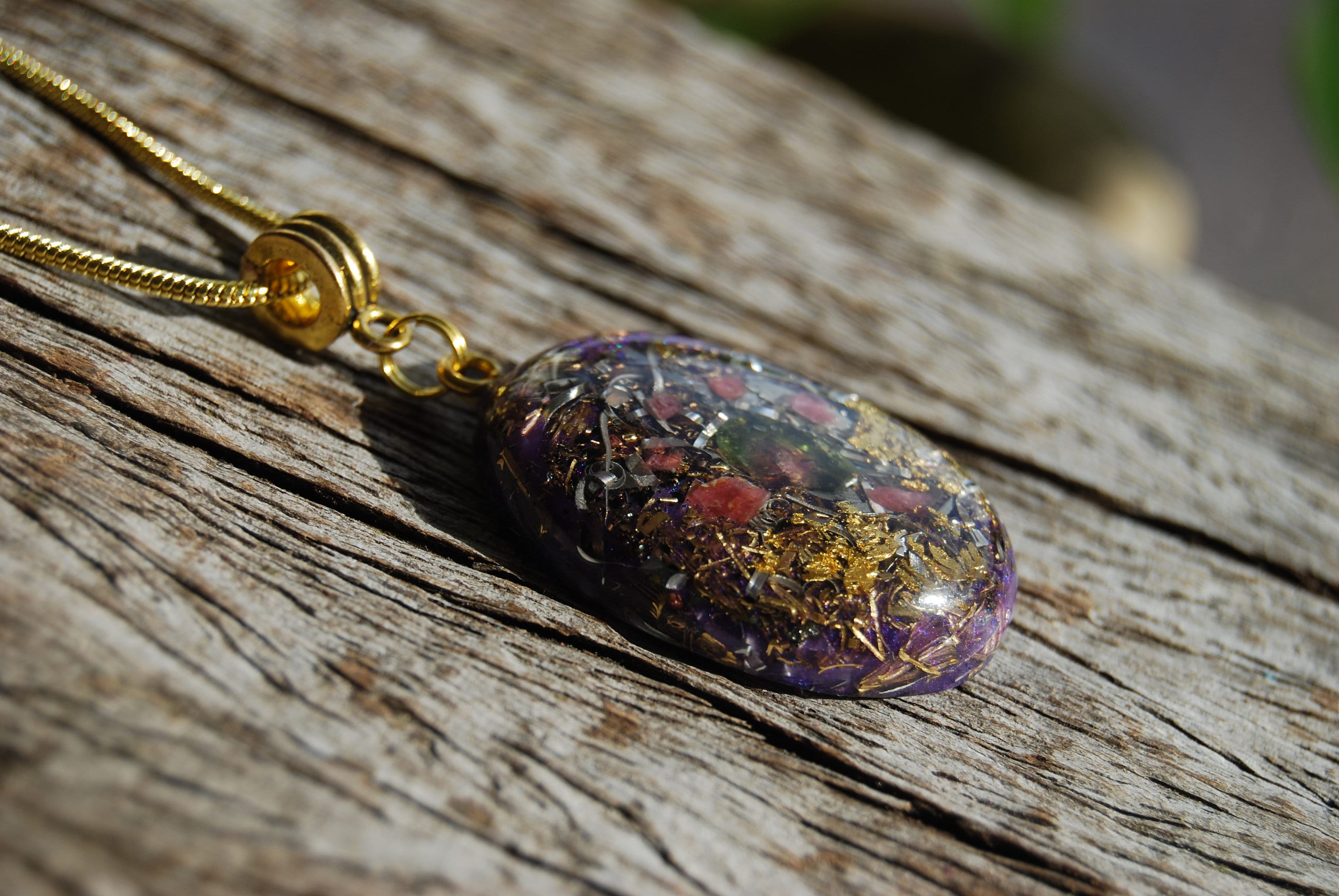 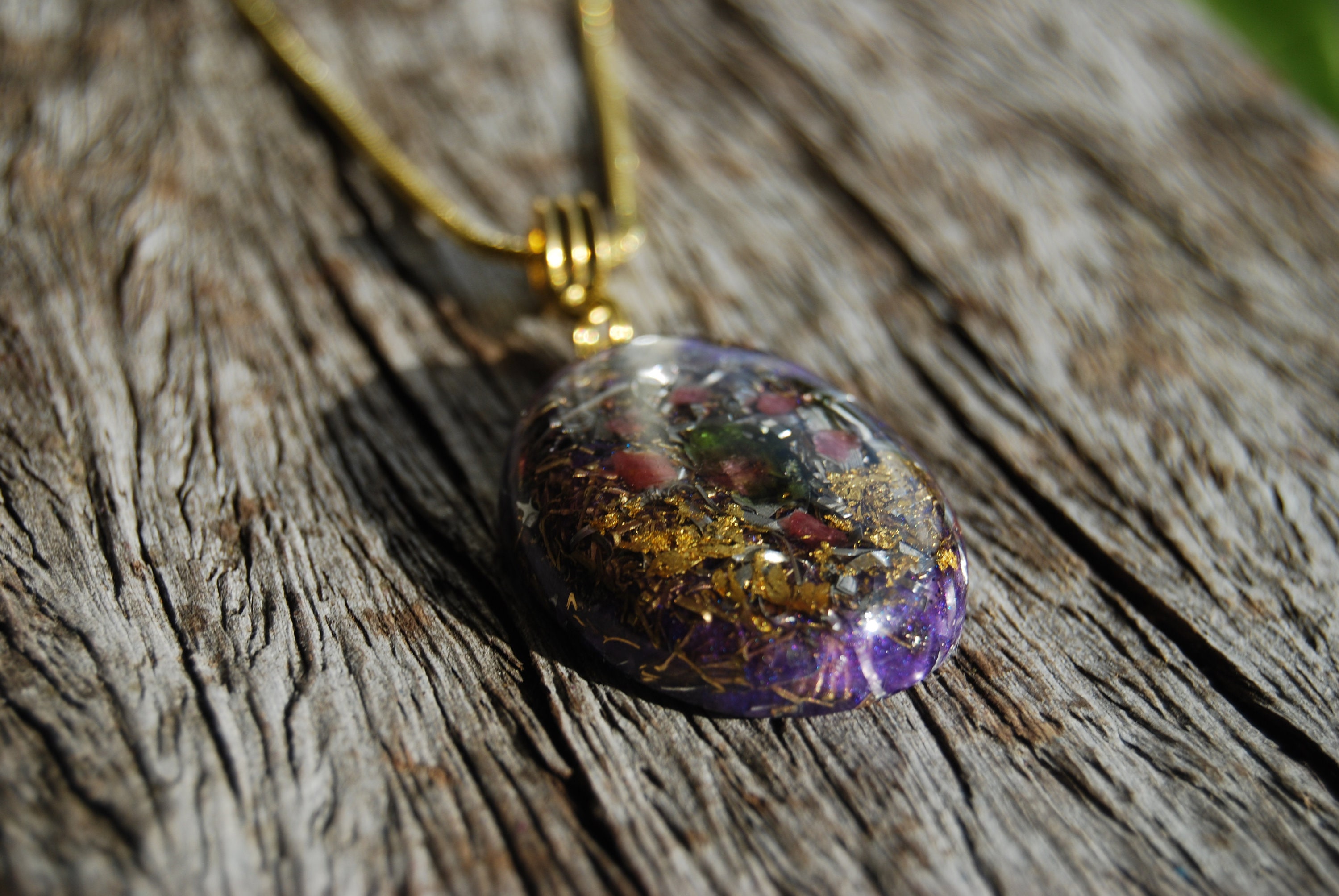 This unique Orgonite® pendant contains aluminium, bronze, brass, copper shavings and 24K leaf Gold. The main stones are Watermelon Tourmaline and Red Ruby which you can see in the front.

It furthermore contains Pyrite (to enhance), black Tourmaline (to protect and ground excess energy), Rhodizite (to amplify), Selenite (to clean and charge other crystals), clear quartz (for piezo electric effect) all within a durable resin setting.

The watermelon tourmaline is a rare variety and the watermelon colors occur 100% naturally. This is a rare occurence in nature. It is a synergistic combination of Pink and Green Tourmaline that amplifies and balances the energies of each. The Pink is on the interior and the Green on the exterior.

Watermelon Tourmaline is sometimes referred to as “the gateway to the inner self. It is considered to be a “super activator” of the heart. Watermelon tourmaline is regarded as a protective stone that provides a combination of both female and male energies, bringing harmony and balance to the chakras and inspire practicality and creativity. It is is wonderful for shifting one's consciousness from the brain to the heart.

What watermelon tourmaline can do for you >>

Balance the male and female energies within yourself
Remove imbalances (and guilt) caused by conflicts and confusions
The green part feeds your life force, while the pink soothes and harmonizes

All of the tourmalines are used for their strong healing energies. The watermelon variety is used by crystal healers to encourage a calm, centered state of mind.

Because it is a one of a kind hand-crafted one, it may have slight artistic imperfections.
It comes on a 23 inches / 60 cm 18k gold plated necklace with lobser clasp closing.