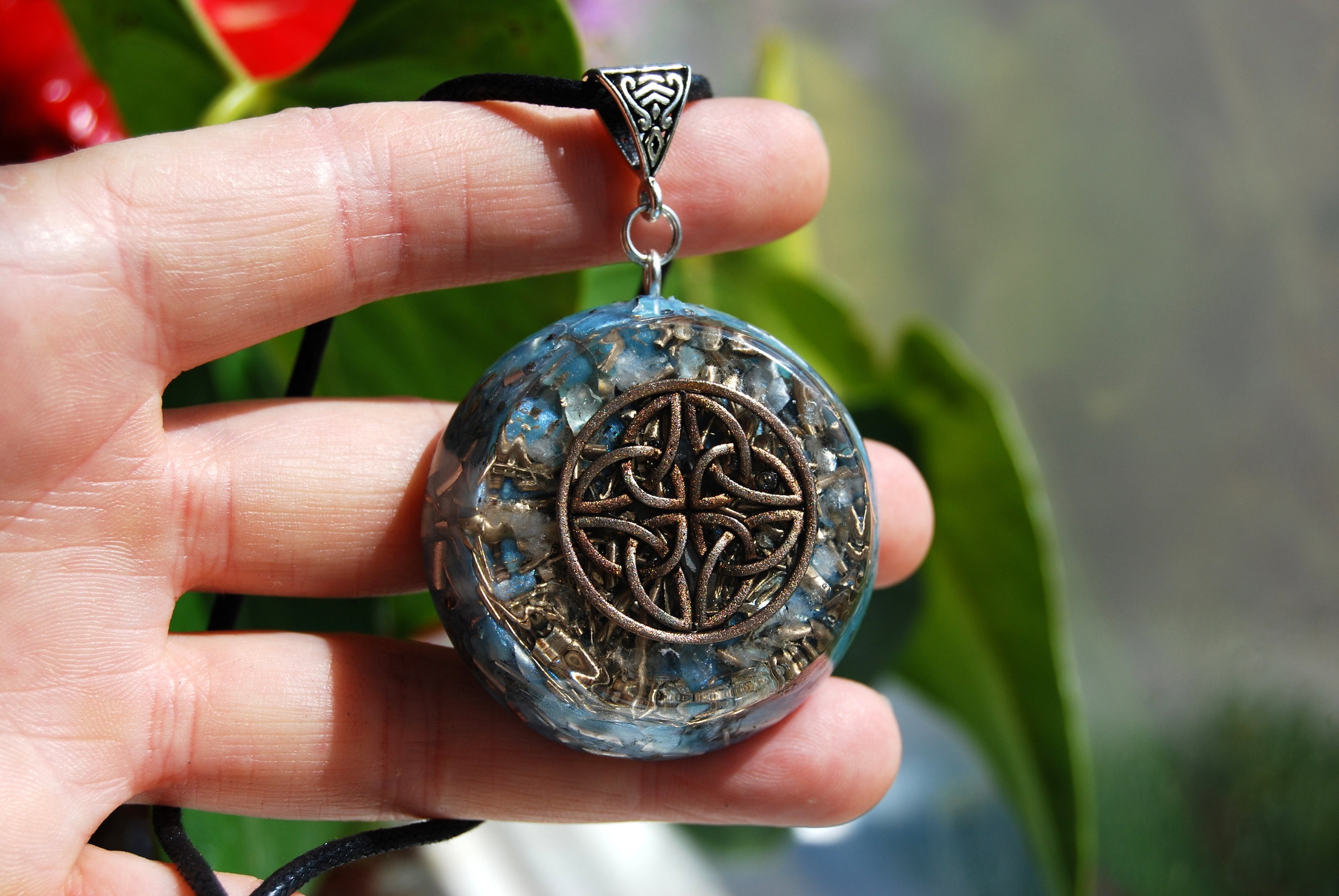 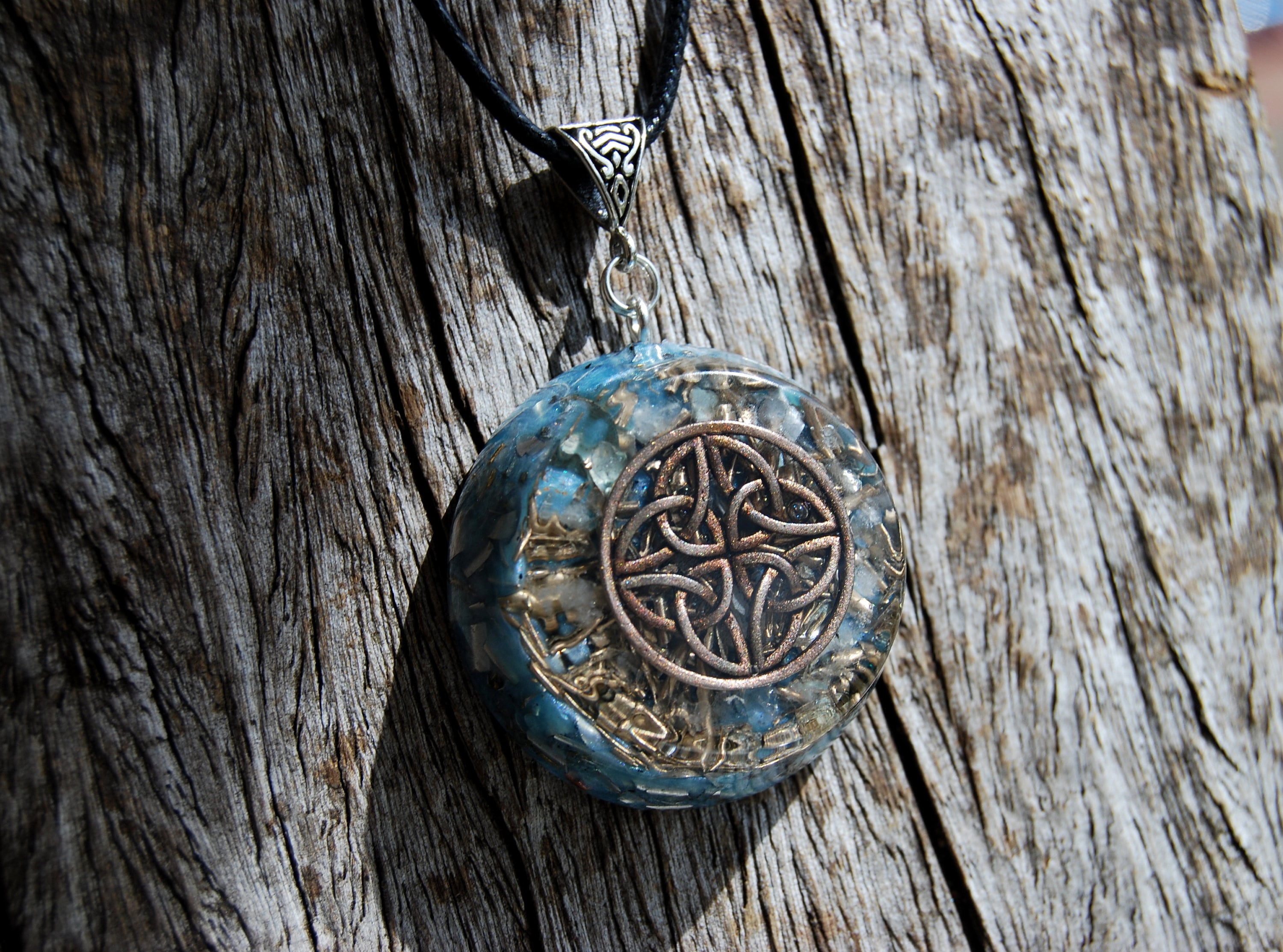 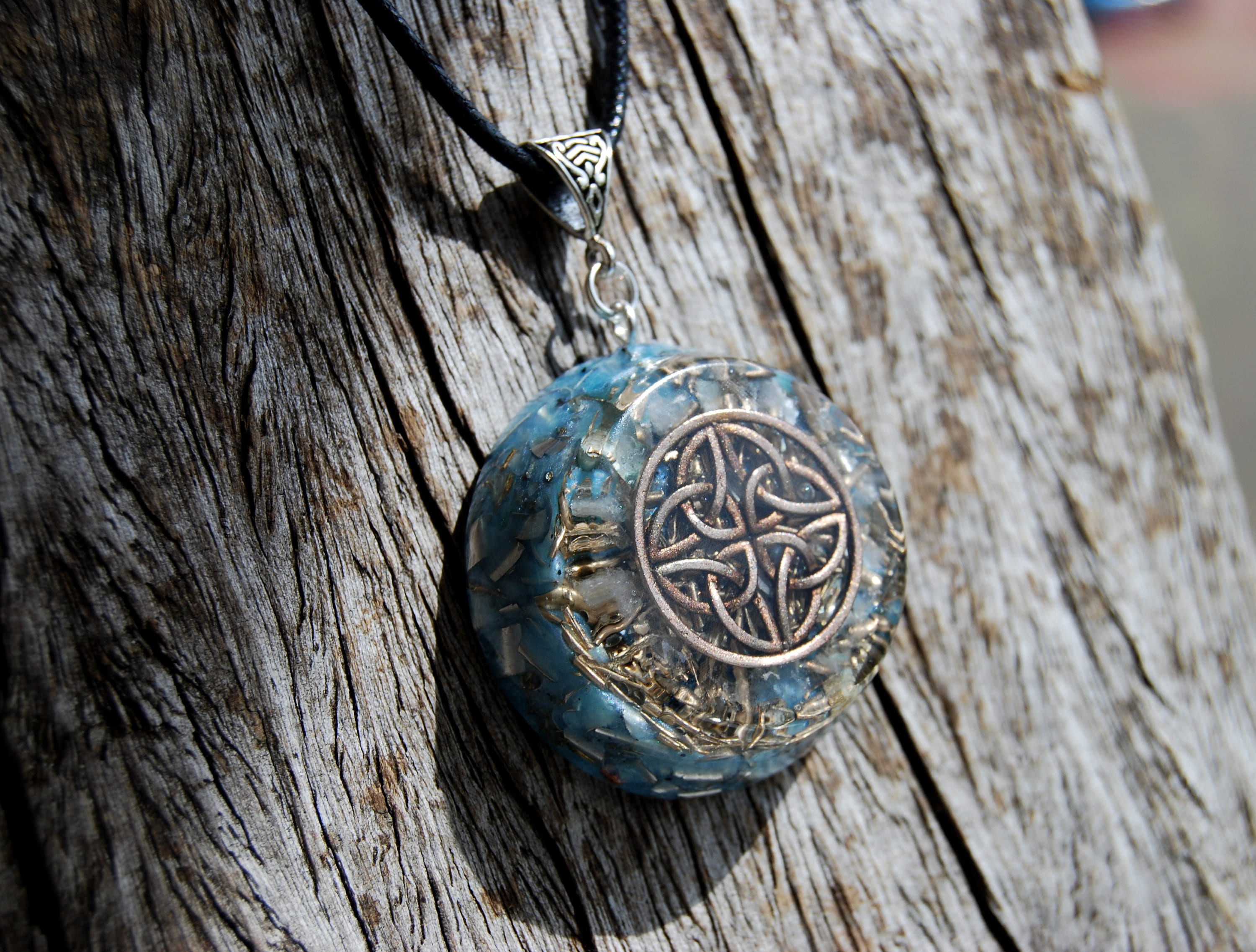 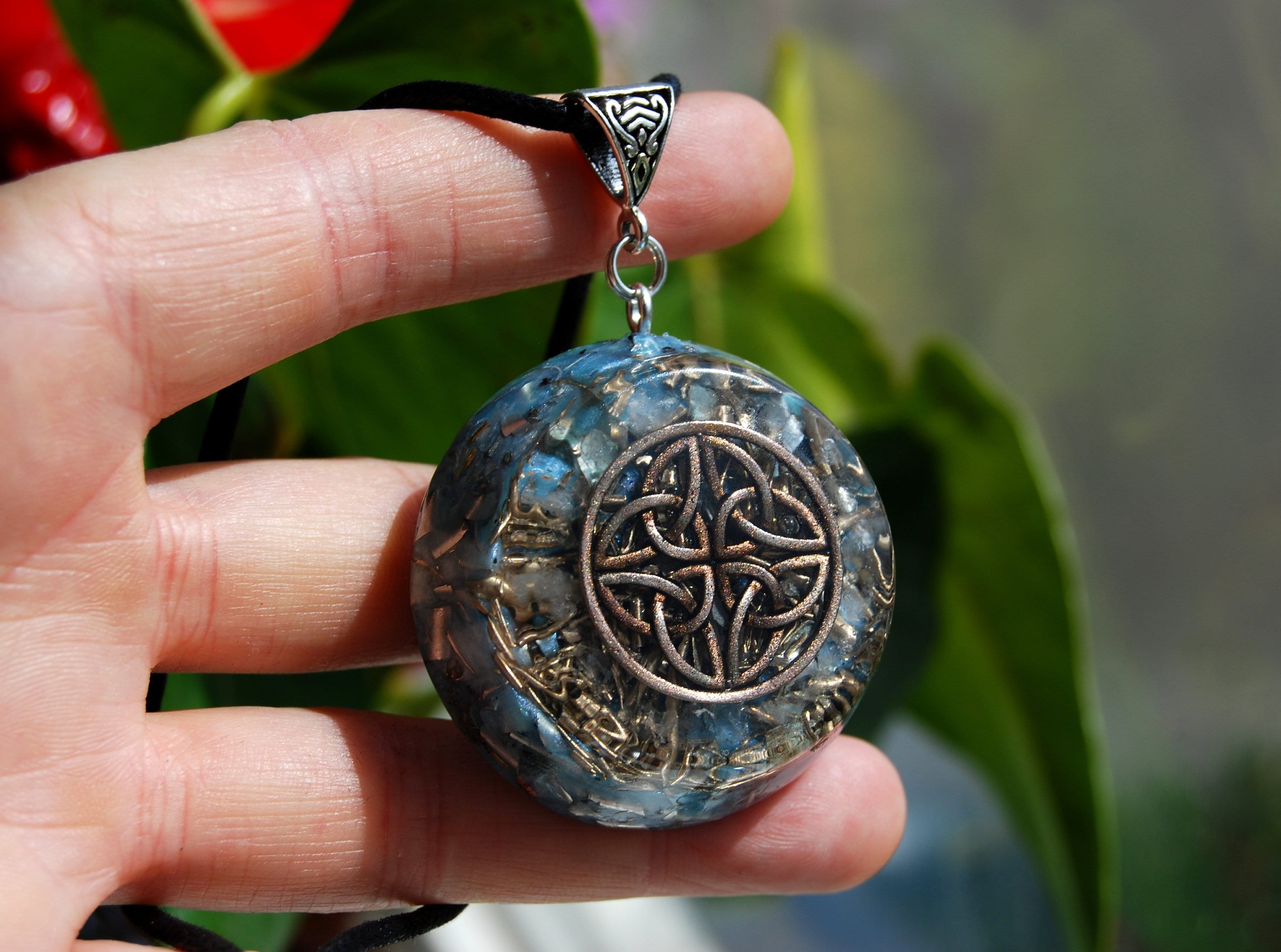 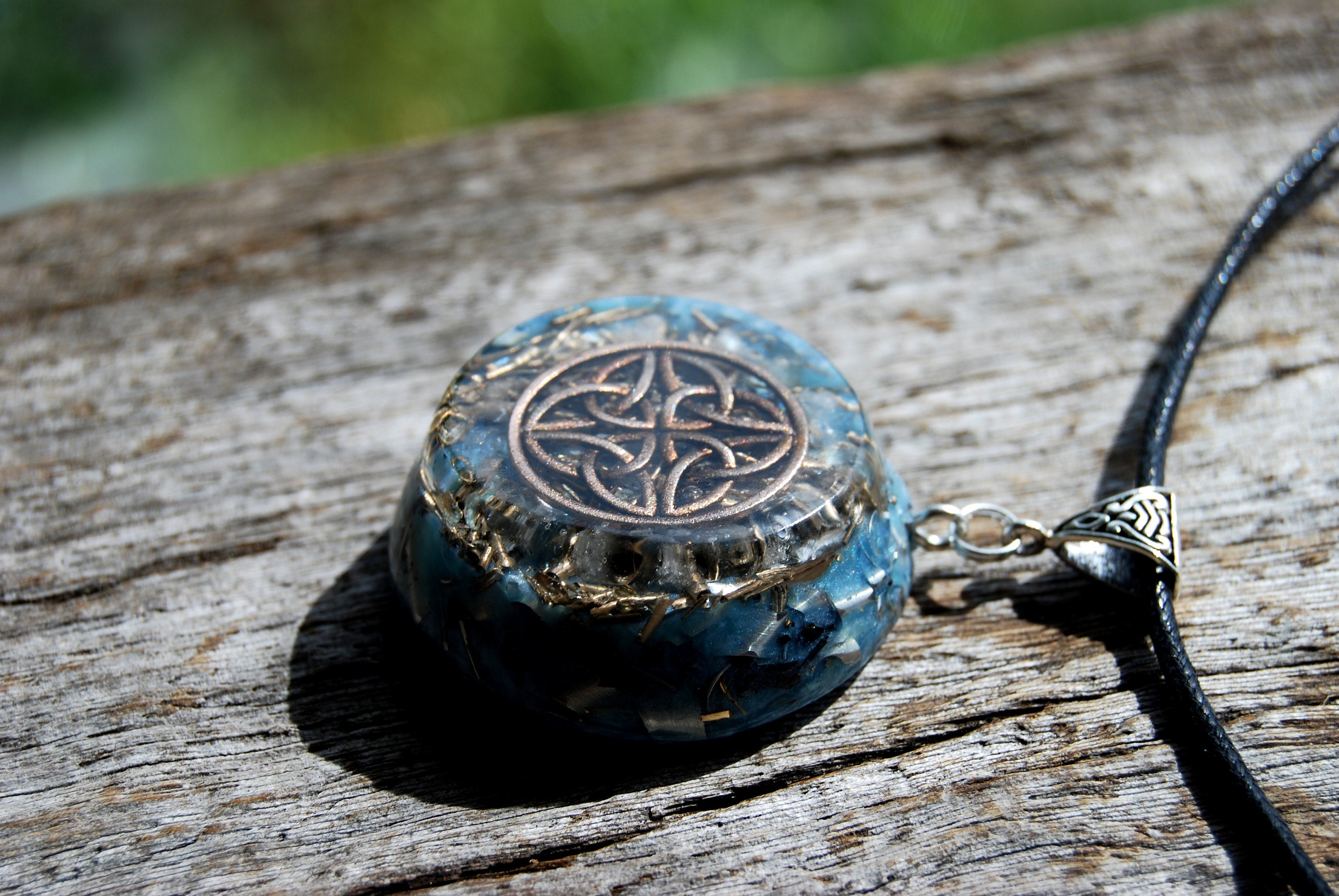 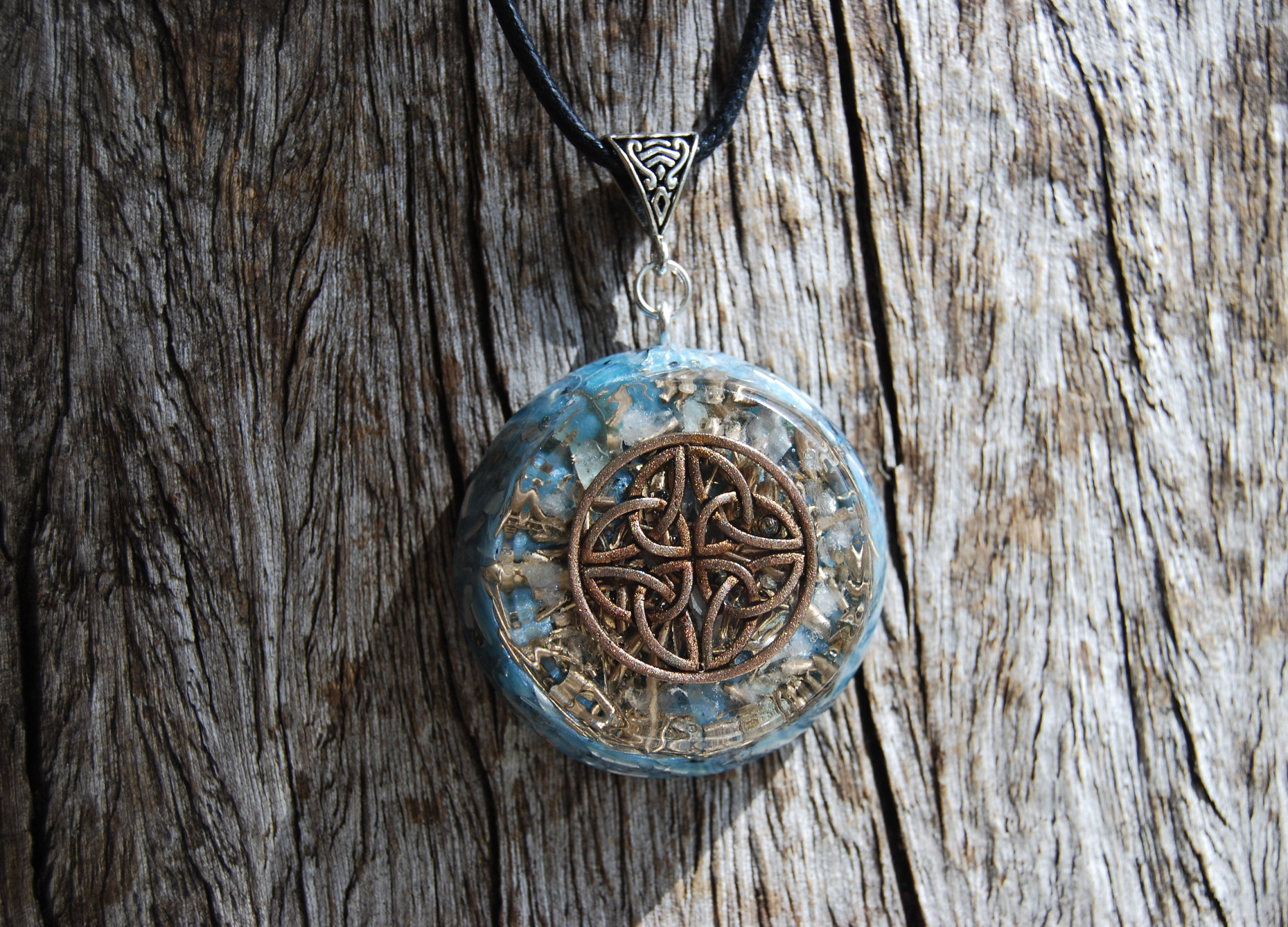 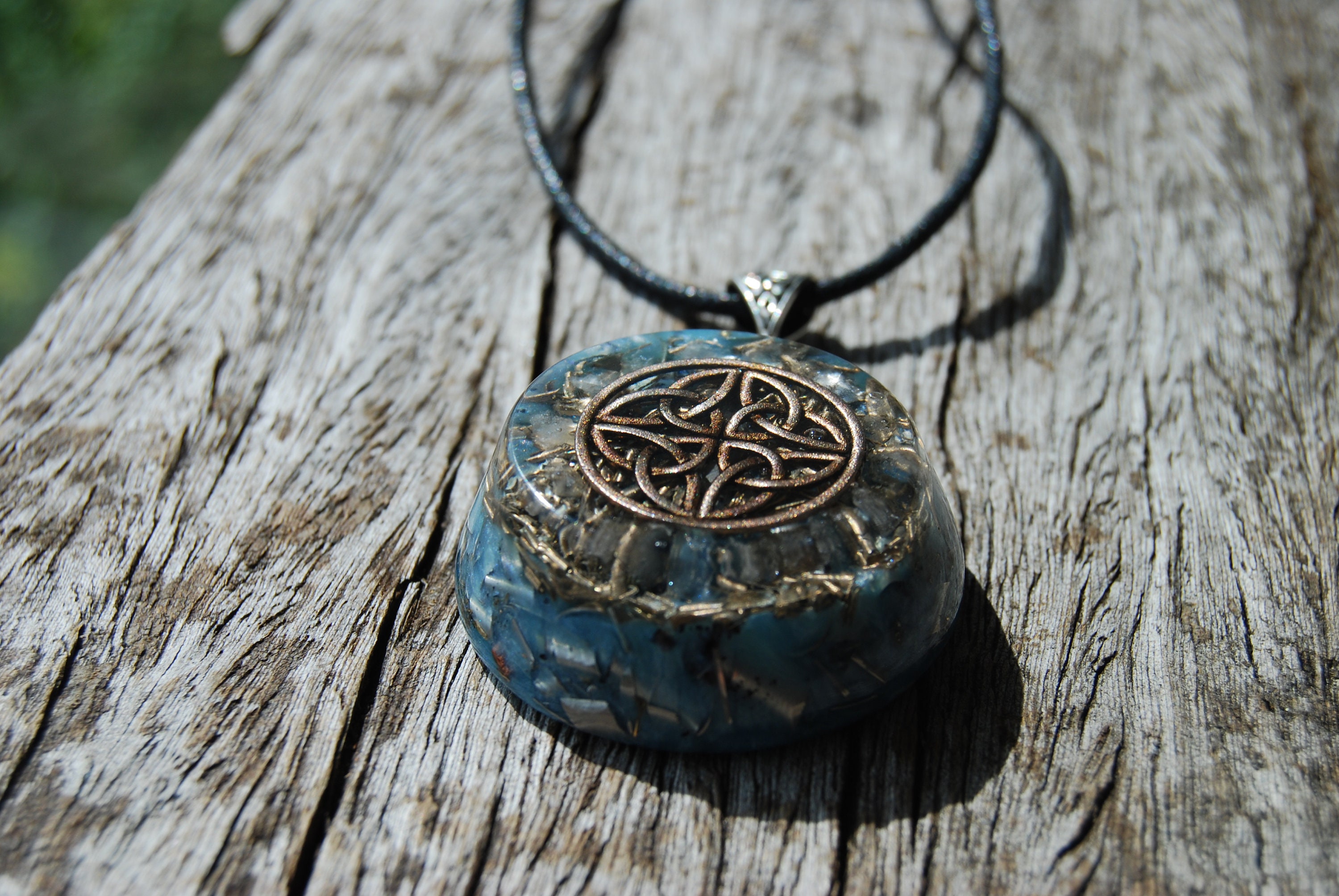 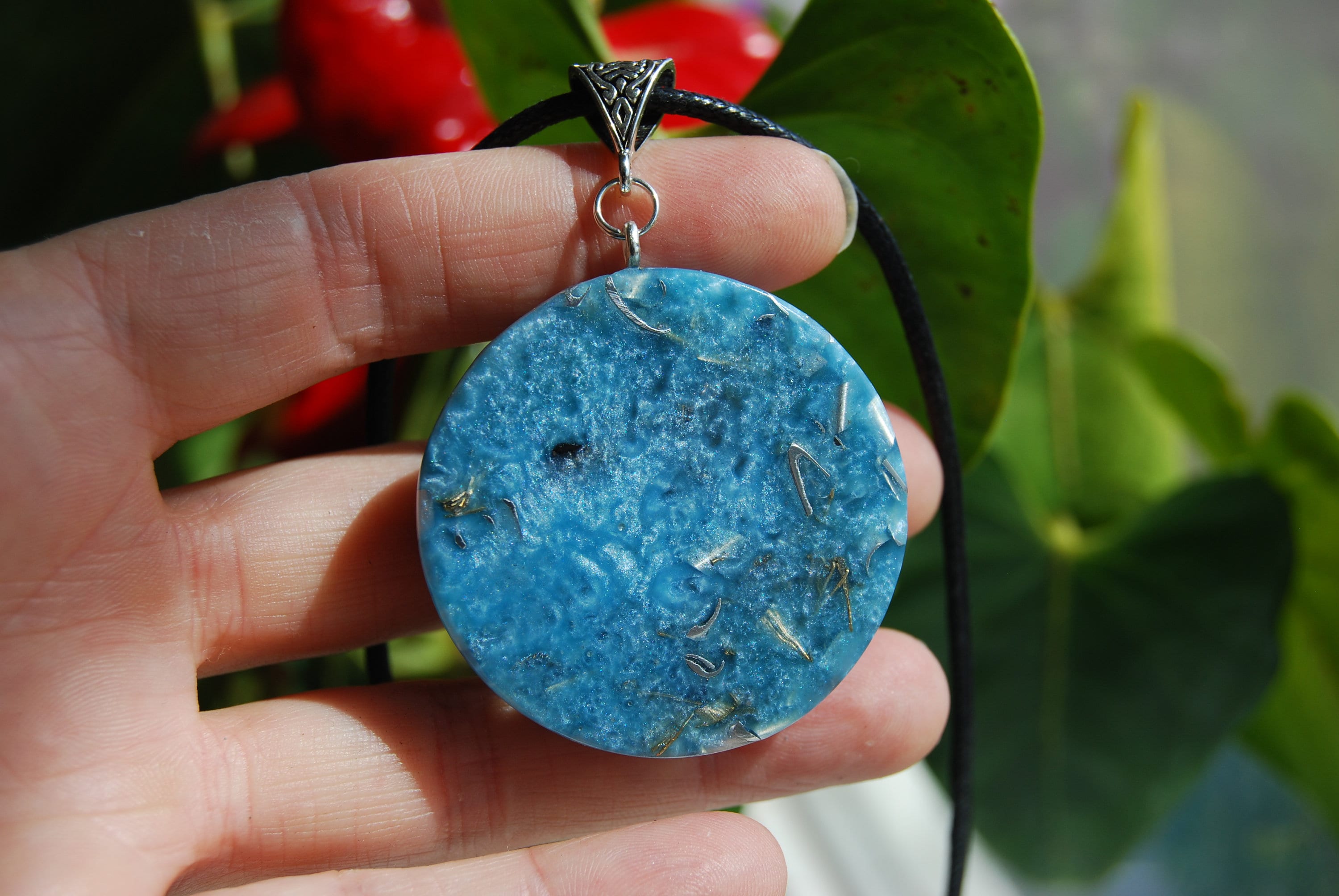 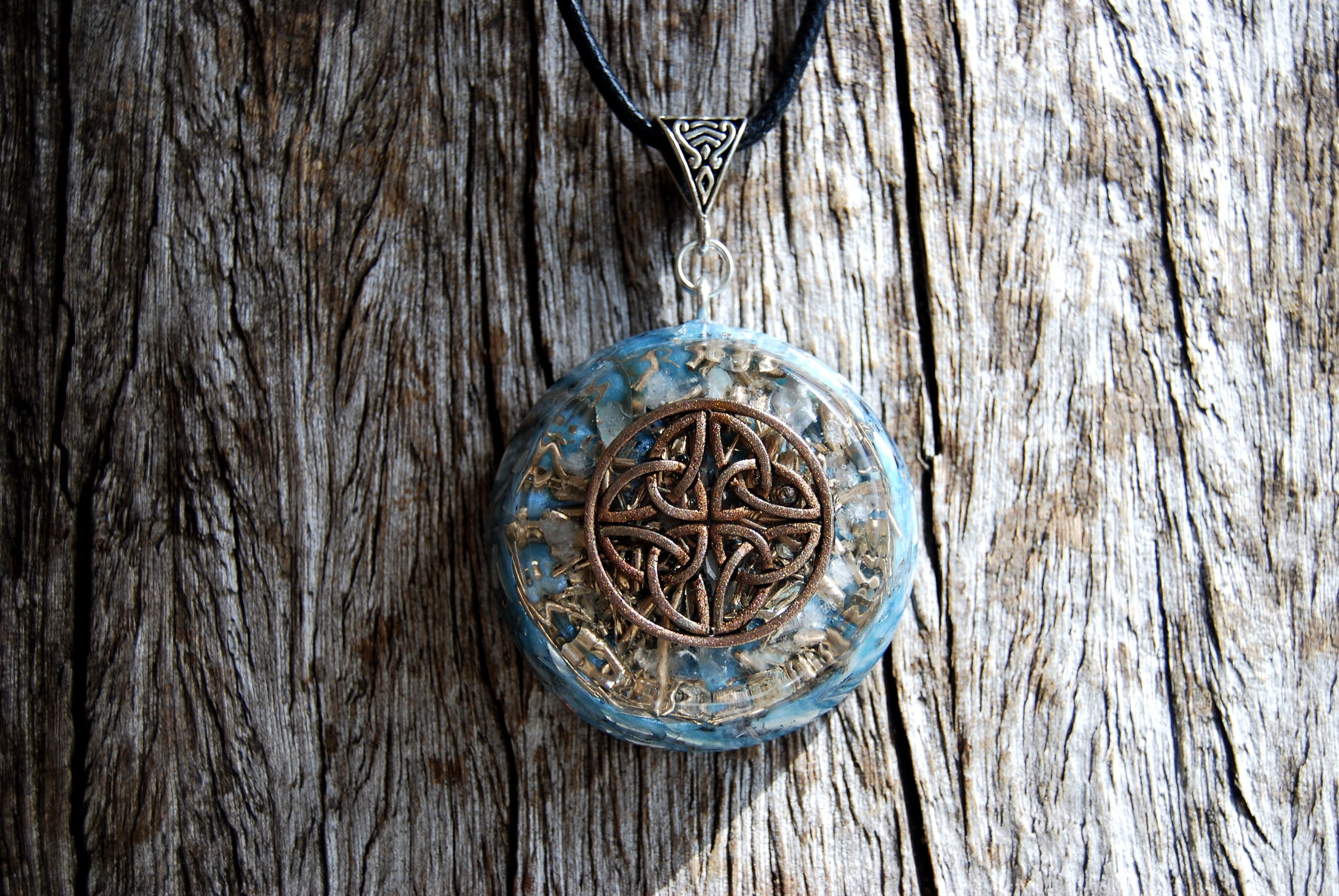 This beautiful 4 cm / 1.6" in diameter orgone pendant contains aluminium, brass, bronze and copper shavings. The main stone is Celestine or also called Celestite in the front. It furthermore contains Rose Quartz (self - love), Pyrite (to enhance), Elite Shungite (to protect), black Tourmaline (to protect and ground excess energy) ,Rhodizite (to enhance), Selenite (to clean and charge) and clear quartz (for piezo-electric effect) all within a durable resin setting.

It consists of lots of metal shavings which is required for the pendant to properly clear stagnant energy according to William Reich's research.

There are different opinions on this but the basic understanding is that the unending knot symbolizes the unending cycle of life. The interweaving points to the interdependence and interconnection of physical and spiritual aspects of our being.

The Celtic people of the Iron Age (beginning about 500 BCE in Ireland) and the early Christian era (beginning about 432 CE and ending with the arrival of the Normans in 1169 CE) certainly understood all aspects of life as interconnected. They had a sense of close relationship with the natural world, including plants, animals, earth, sky and water. They also looked beyond the artificial barrier of time. Past, present, and future were closely bound in eternity. In addition, the spirit world was experienced as very near. They may well have thought about interlace as symbolic of the seamless fabric of life.

Celestite is a sweet blue crystal, with a lovely gentle uplifting vibration. The meaning of its name comes from the Latin 'coelestis', meaning 'heavenly'. This refers to the lovely blue color of these stones, and the way they make such a heavenly angelic connection.

Celestine stimulates the spiritual senses, enhancing inner vision and dream work. It brings a calm, centred and uplifted feeling into the emotional body. It helps one to feel safe and protected and can overcome fear or paranoia. Celestine is a crystal of choice for rooms that require deep serenity, particularly Therapy rooms, and bedrooms. It is great also for kids who are scared at night, or suffer from nightmares.

Celestite, known for it’s power to ease physical pain and stress in one’s body as well as being helpful in preventing the disease that are brought upon one by worry.

It has been said to be helpful for the treatment of eye disorders as well as improving hearing by increasing the possible range. Also used to treat digestive orders and to remove toxins from the physical body that might cause one pain.