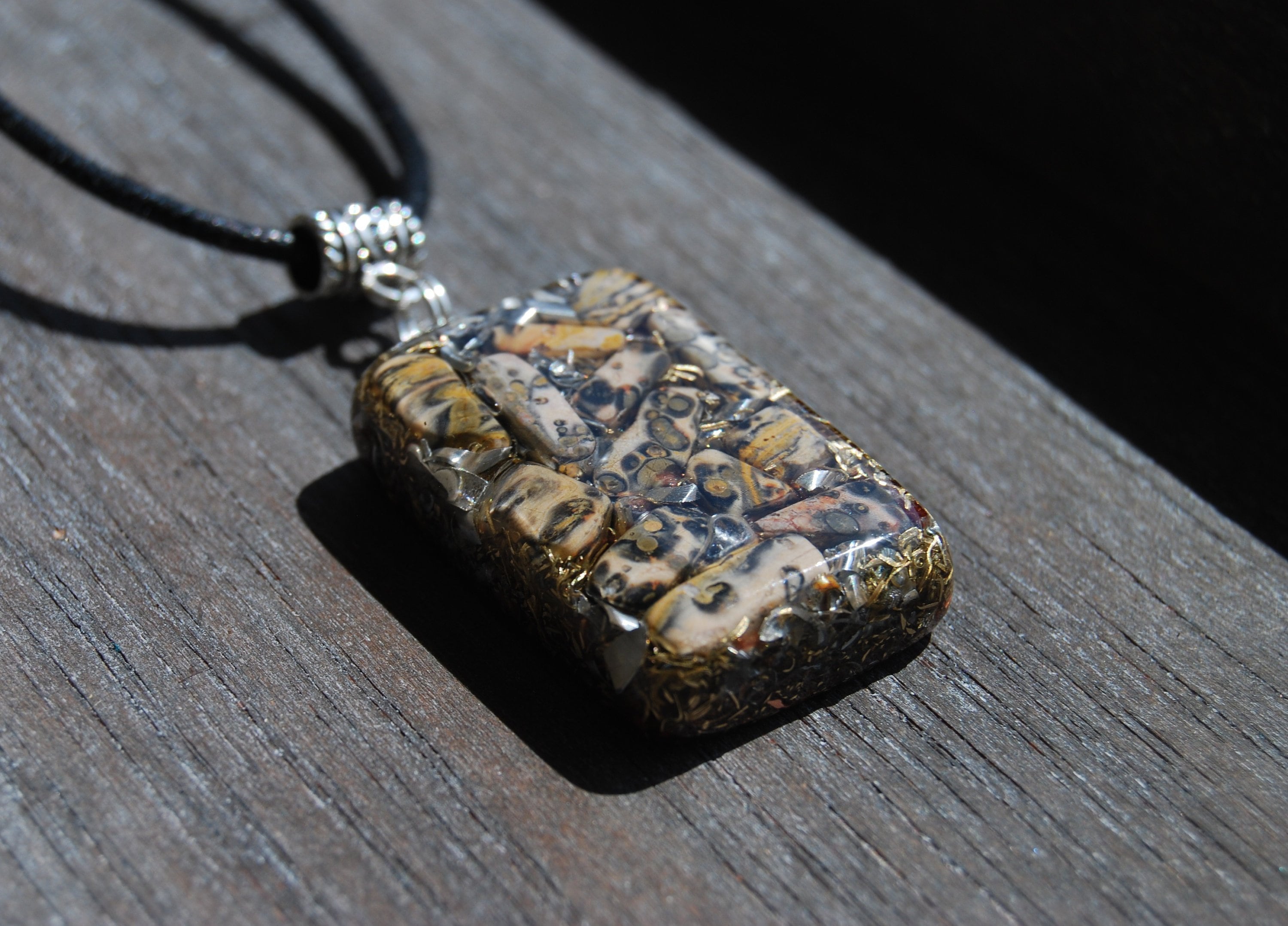 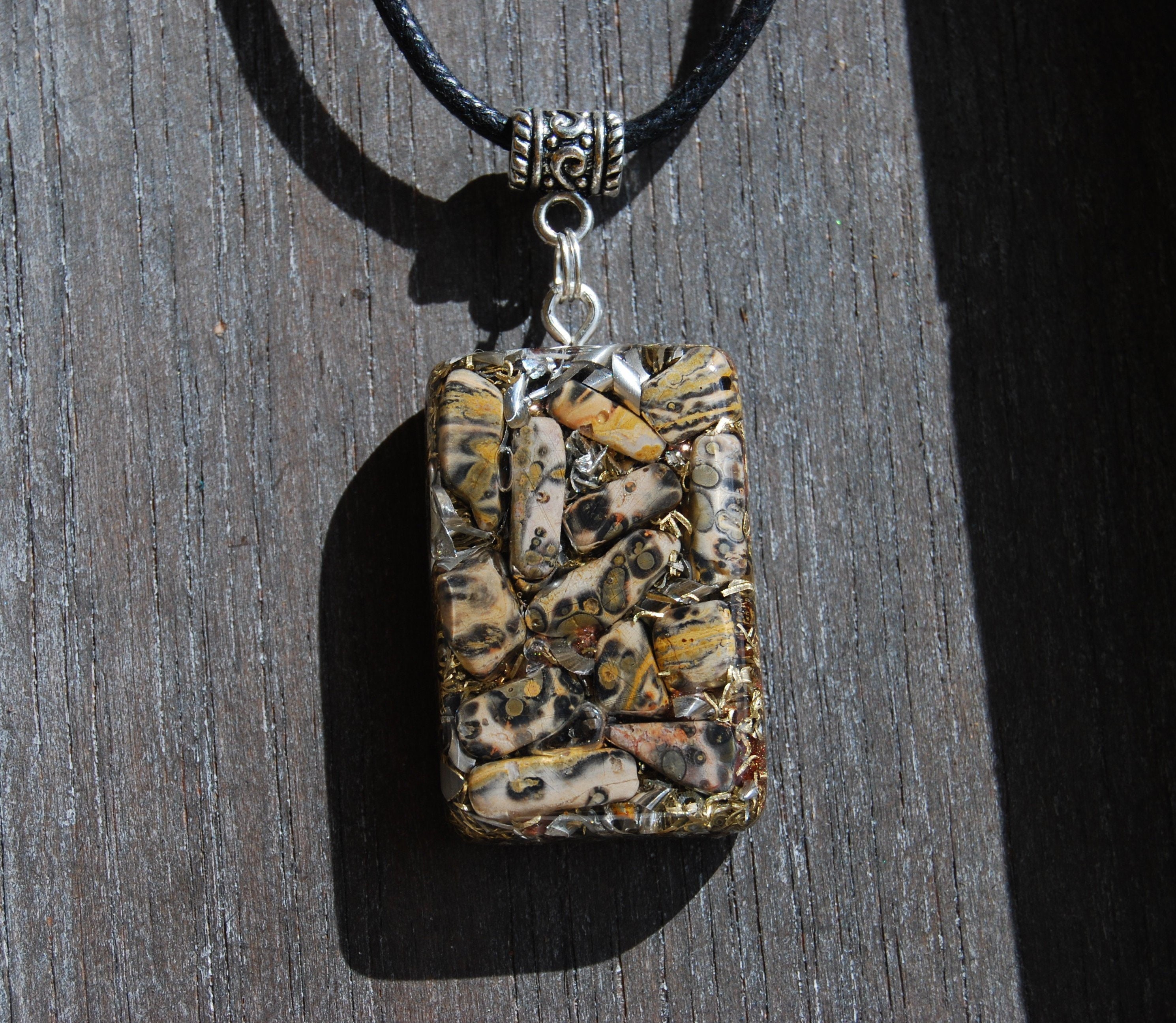 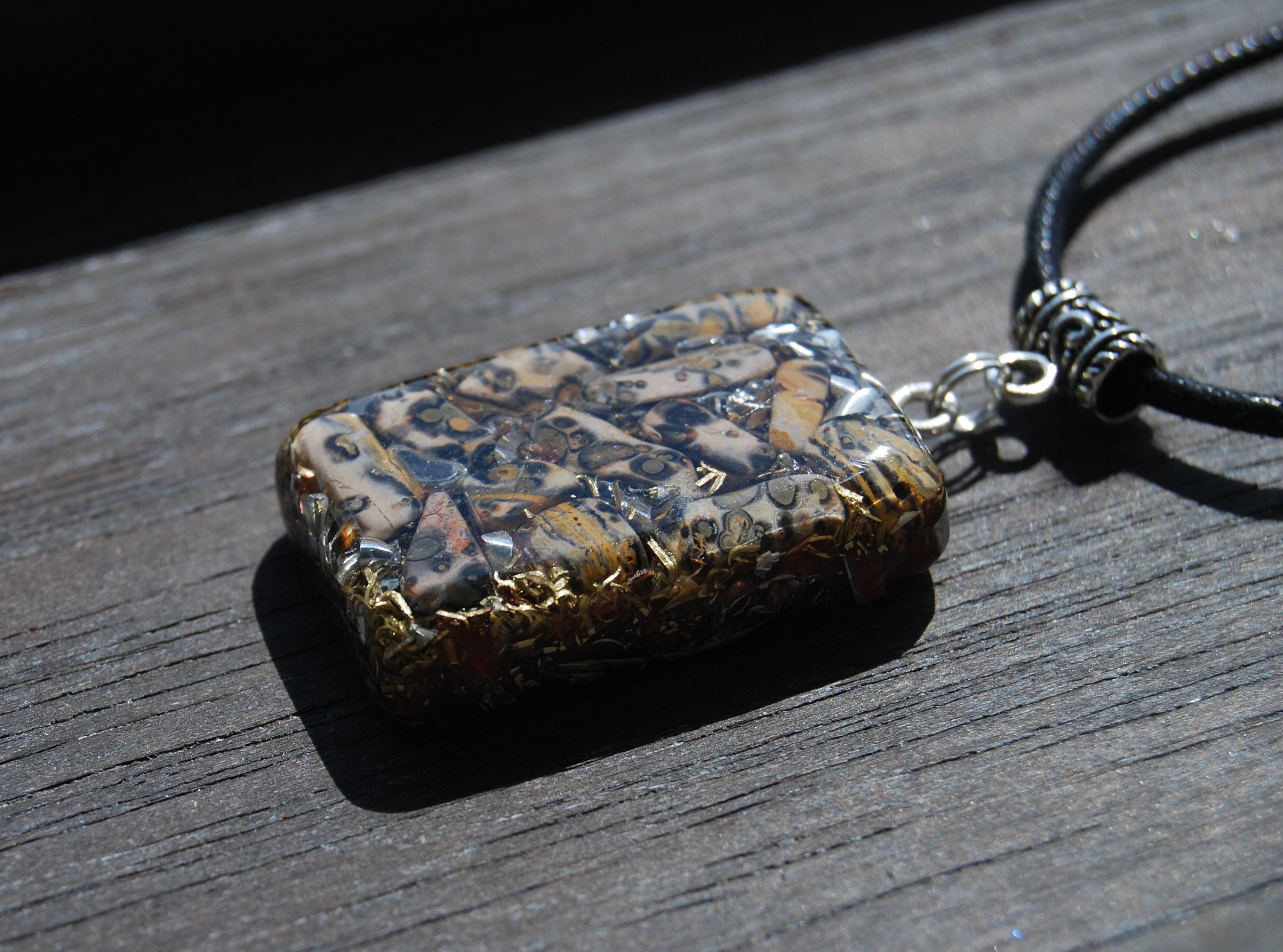 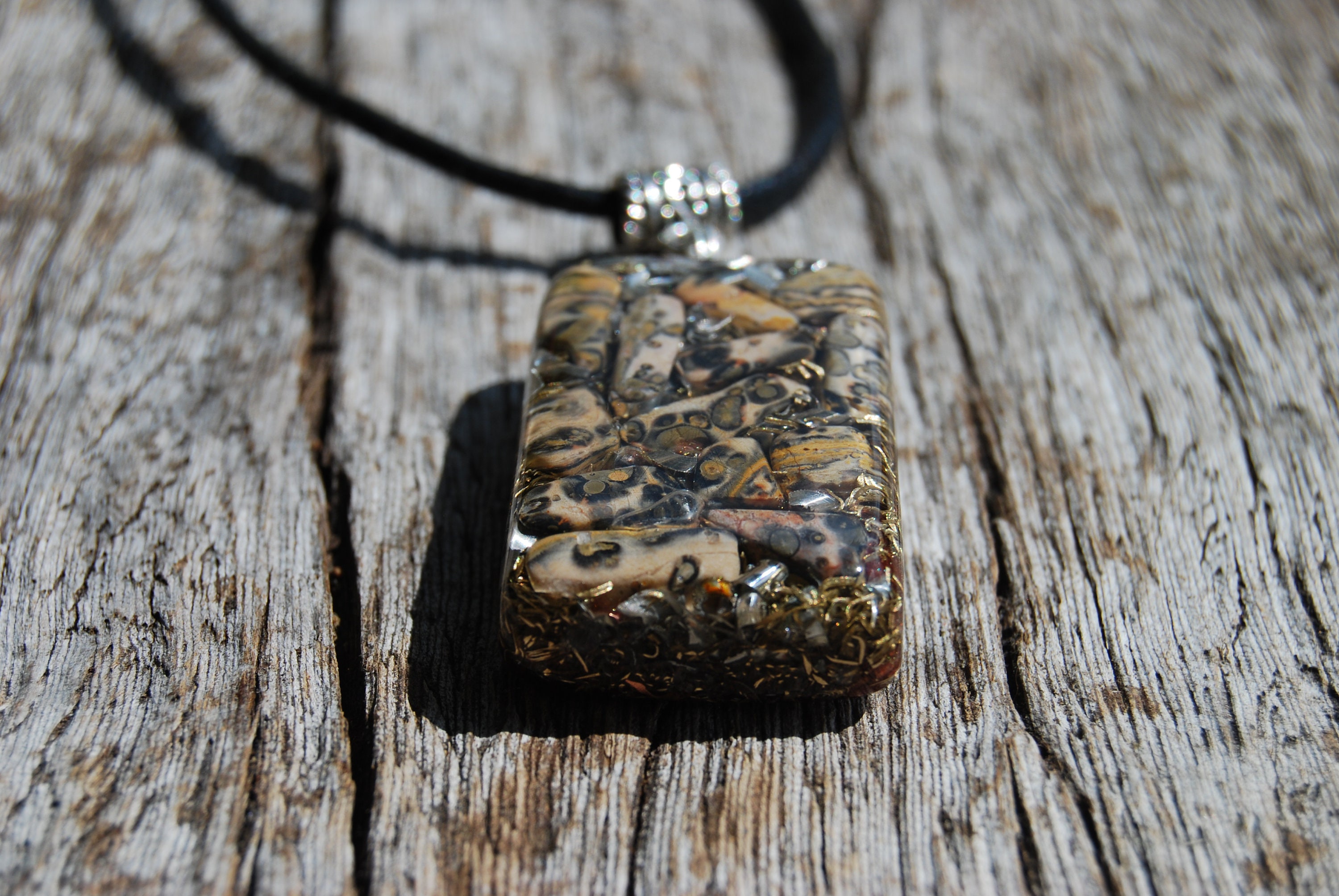 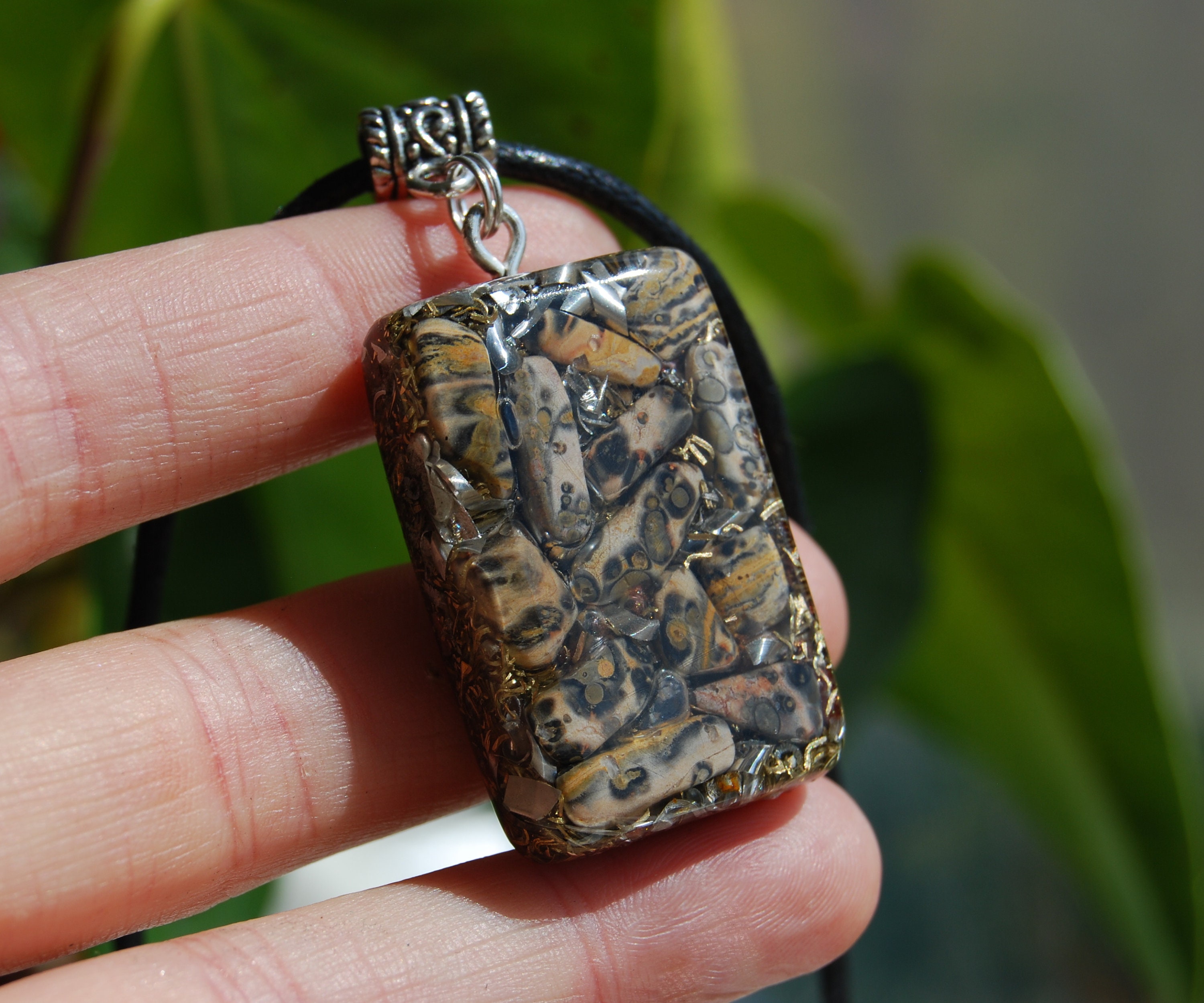 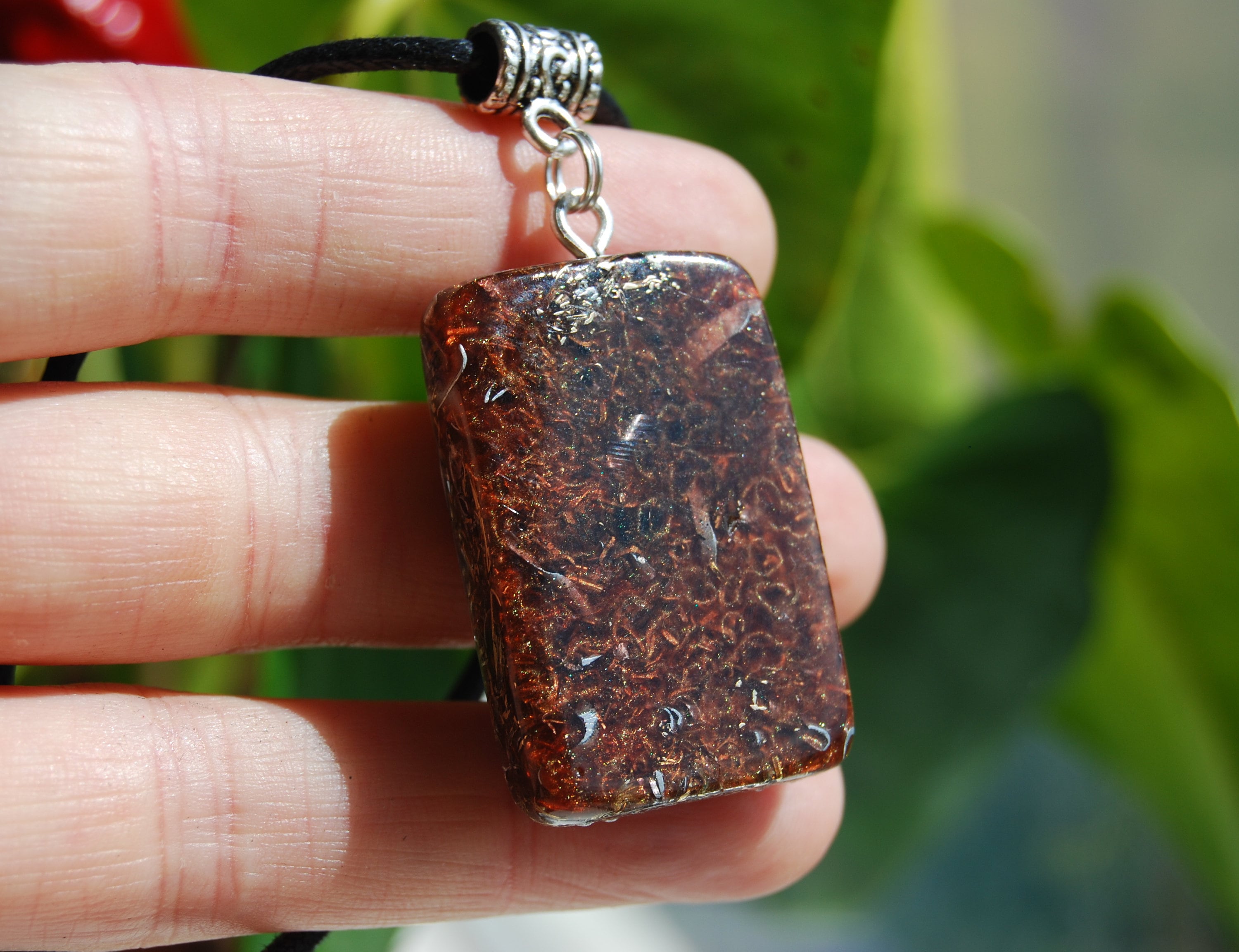 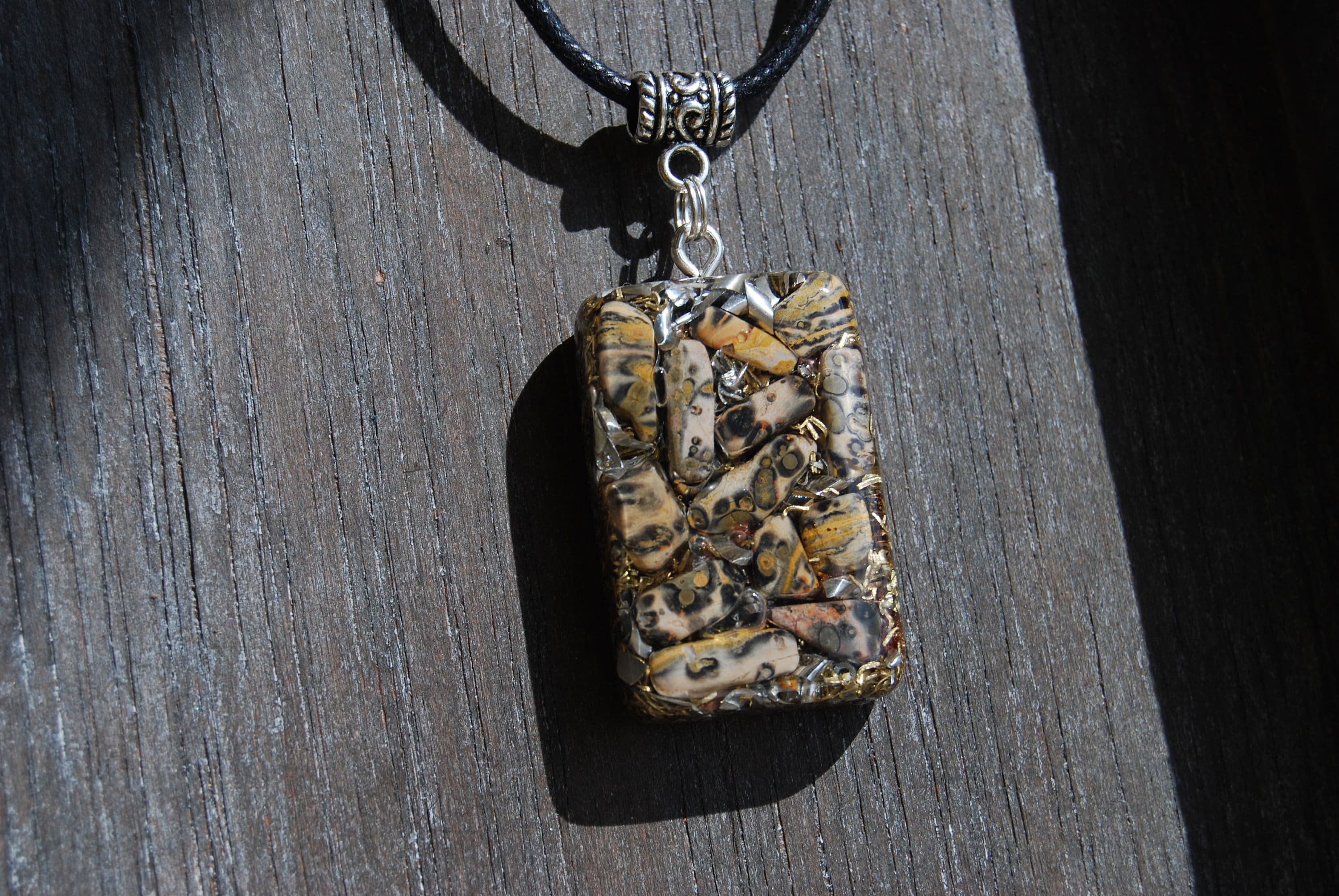 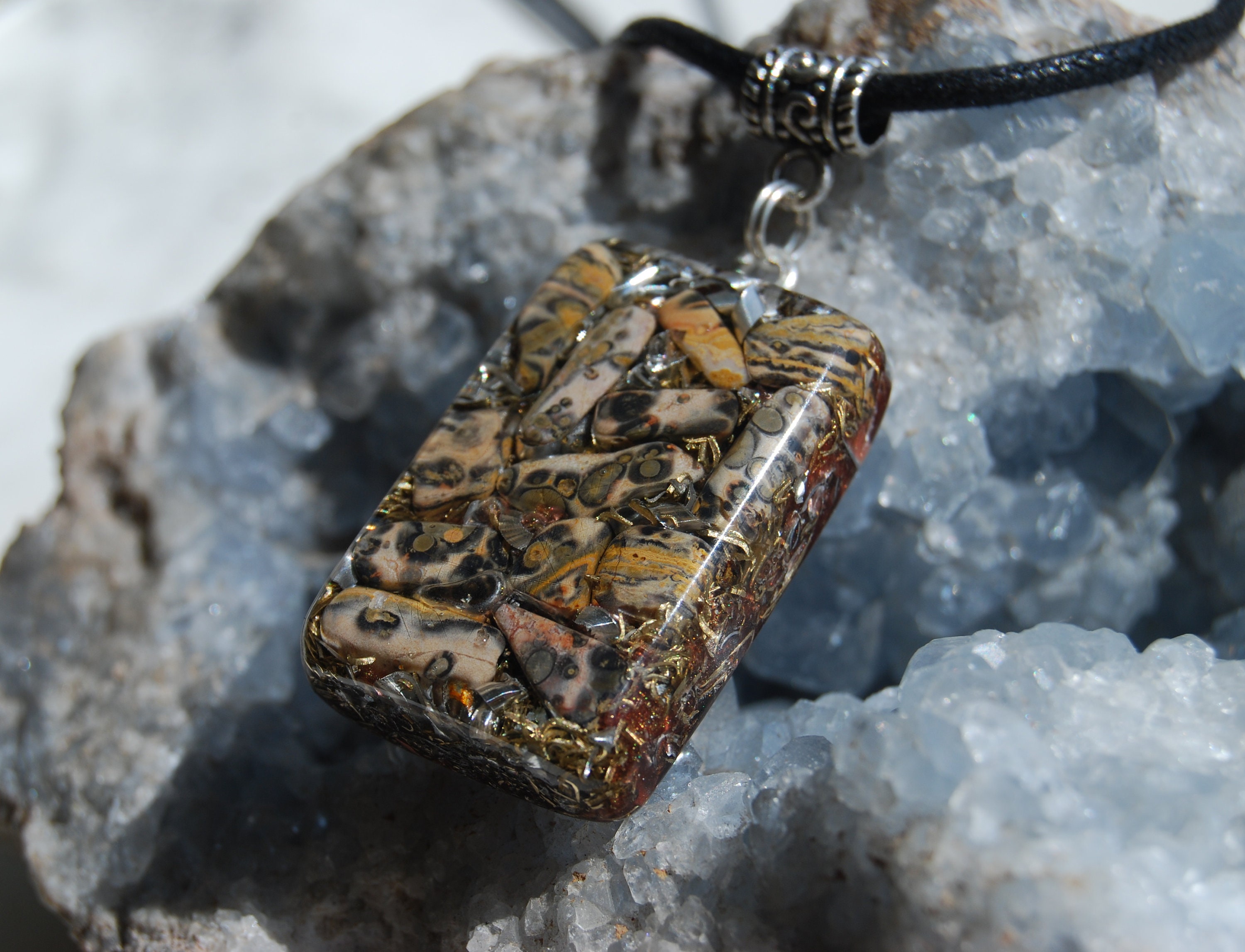 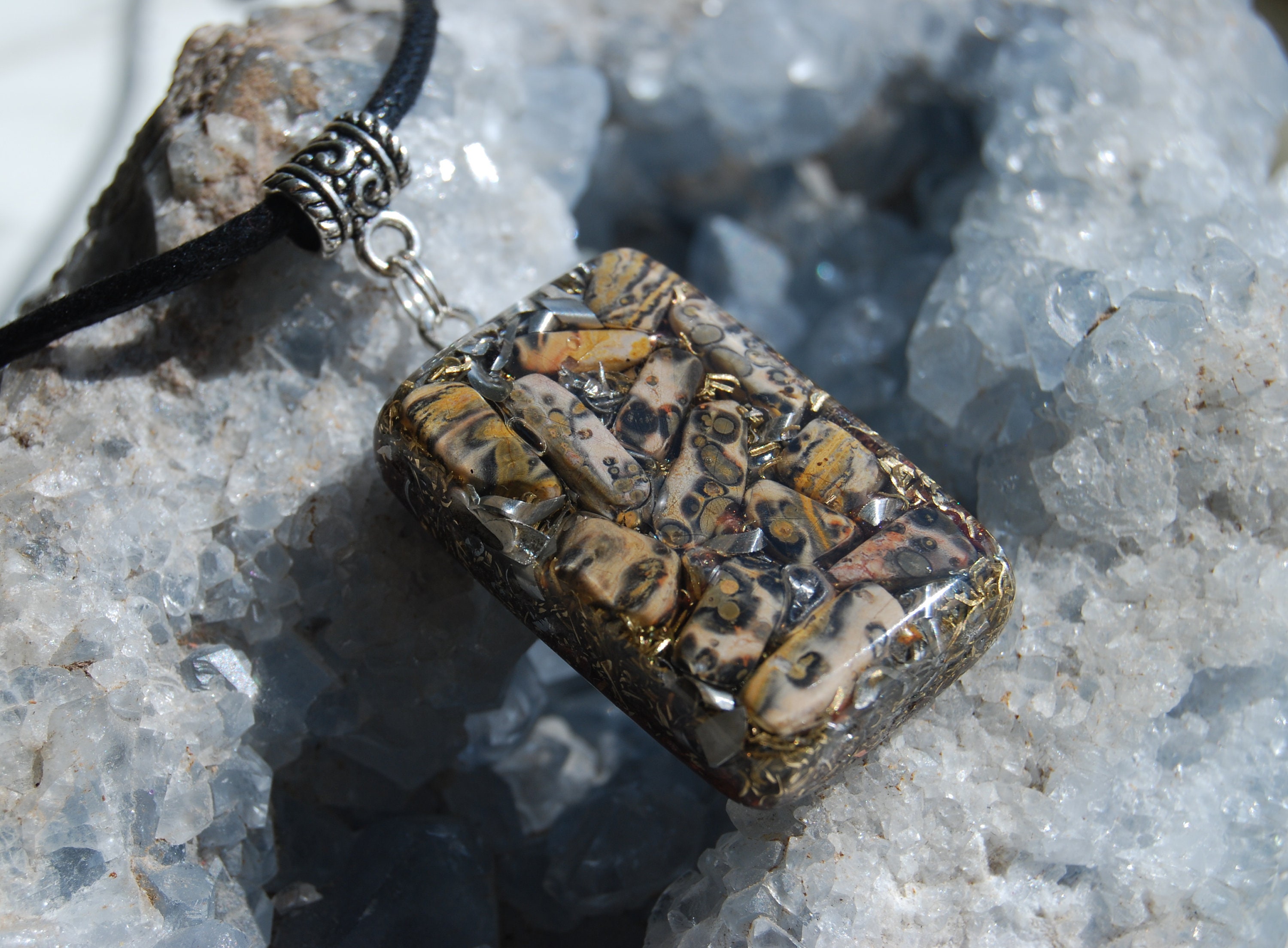 This unique Orgonite® pendant is handmade out of lots of brass, bronze aluminium, iron and copper shavings which is neccessary to clean stagnant energy (according to Wilhelm Reich's research). The main stone is Ocean Jasper stones which you can see in the front. It furthermore consists of Pyrite (to enhance the overall power), black Tourmaline (to protect and ground excess energy) , Elite Shungite (to protect), Rhodizite (to amplify the other crystals) and one clear quartz (for piezo-electric effect) all within a durable resin setting for optimal pressure on the quartz.

Ocean Jasper is an unusual Jasper variety found only in Madagascar. Like other Jaspers, it is a member of the Quartz family. Ocean Jasper is a stone of joy and high spirits. It opens one's awareness to the benevolent aspects of life and lifts one's mood through its positive vibrations. When one is under its influence, it is difficult to takes one's problems and dissactisfactions as seriously as one normally does. Ocean Jasper helps lift the veil of negativity which many people uncousciously wear over their eyes. and when this veil is lifted, it is much easier to see and appreciate the many blessings of life.

Ocean Jasper stimulates the solar plexus, heart and throat chakras with its beneficial vibrations, conveying the urge to feel, speak and act more positively. It supports the expression of love in one's words and deeds, and it helps one to realize what and whom one truly loves.

Ocean Jasper is helpful to those who suffer from depression. Its capacity to gently focus one's awarenes on the positive, wholesome aspects of life can be a big support to those who are lost in a cloud of darkness. It can help individuals give up self-destructive addictive behaviours by making them conscious of what they are doing and opening their eyes to a better reality.

Ocean Jasper is a soothing, centering stone that is useful in facilitating meditative states and an experience of presence in the moment. It helps one's thoughts and centers one within a total experience of all levels of body, mind and spirit.

It comes on a an adjustable strong cotton cord.