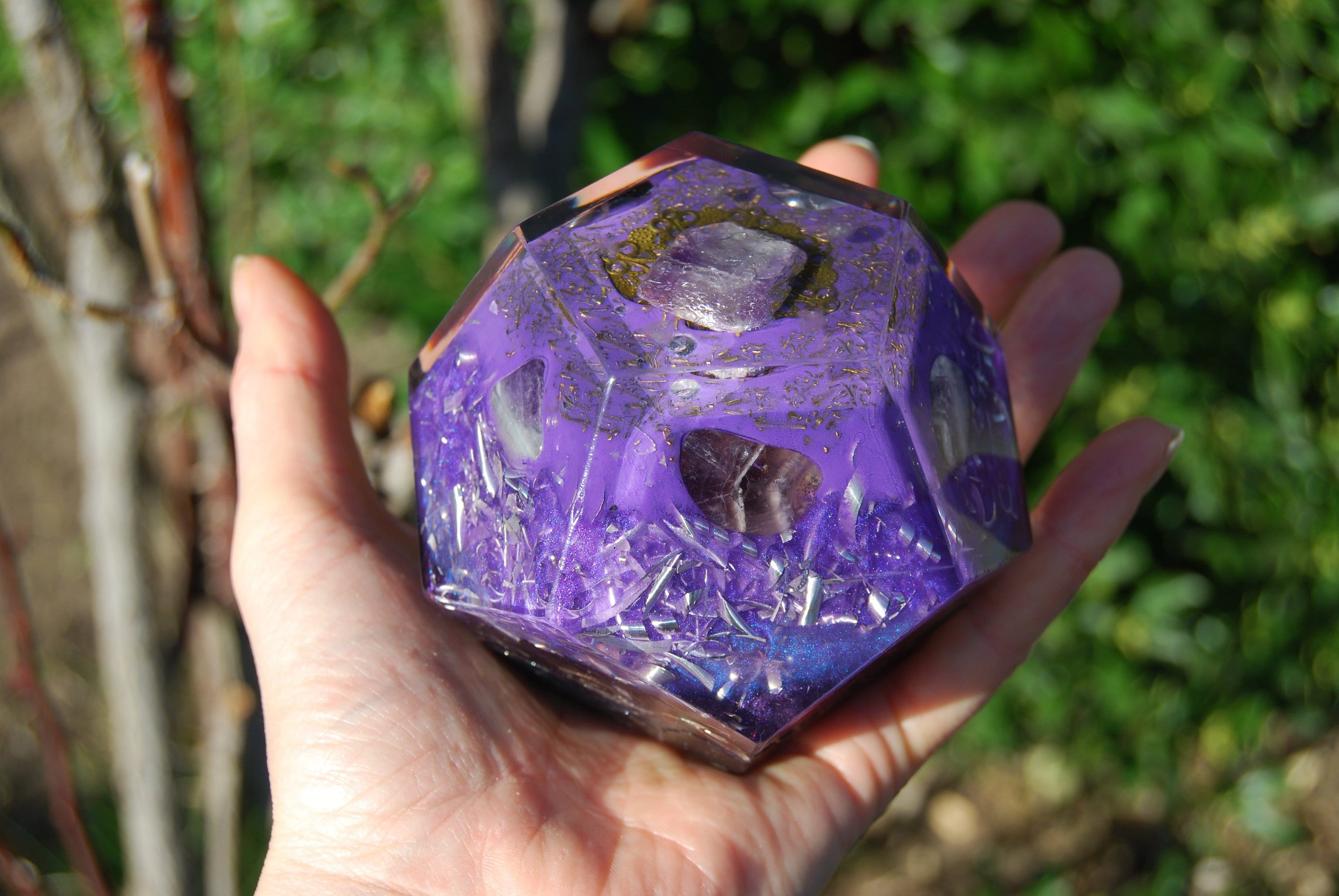 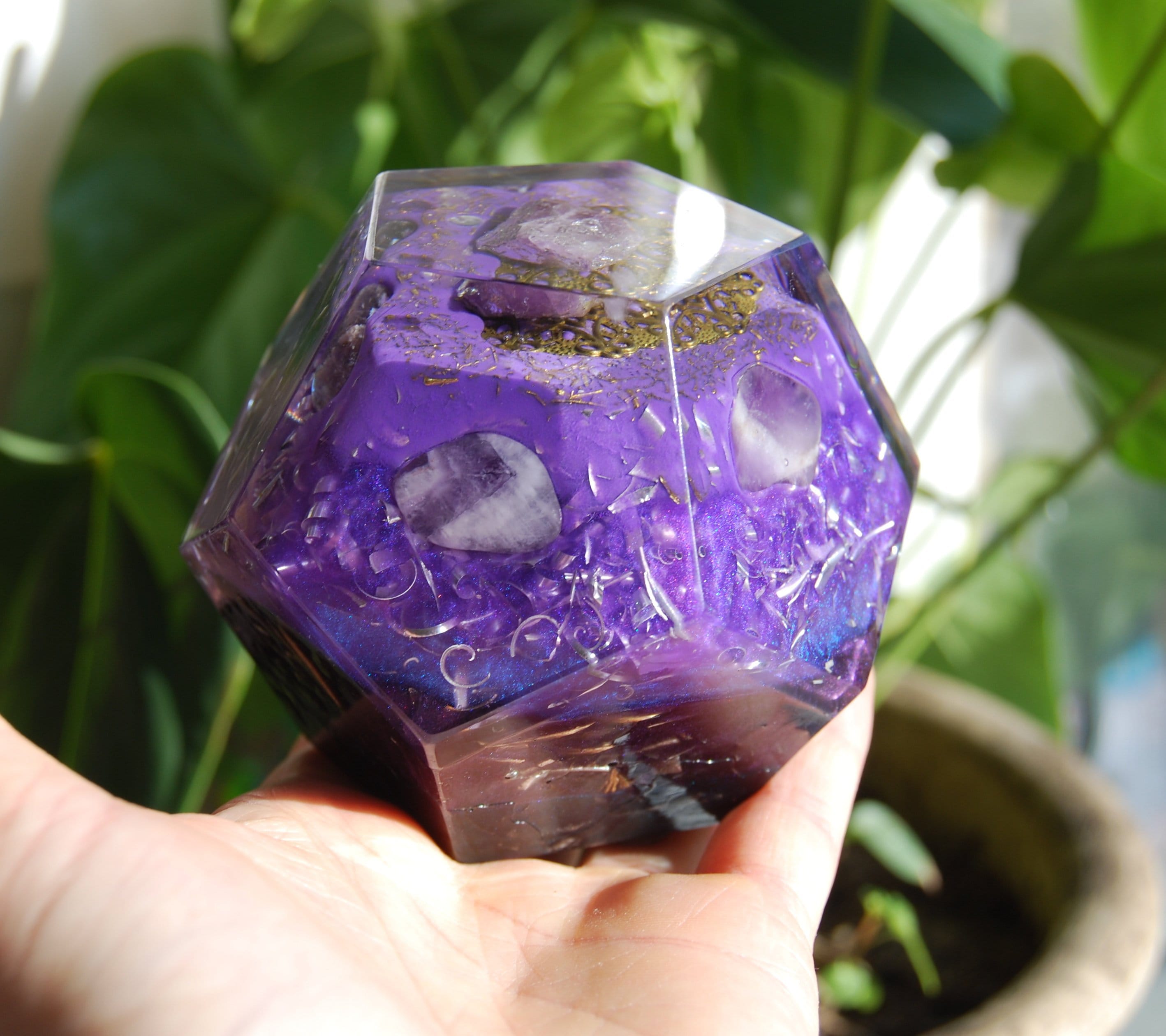 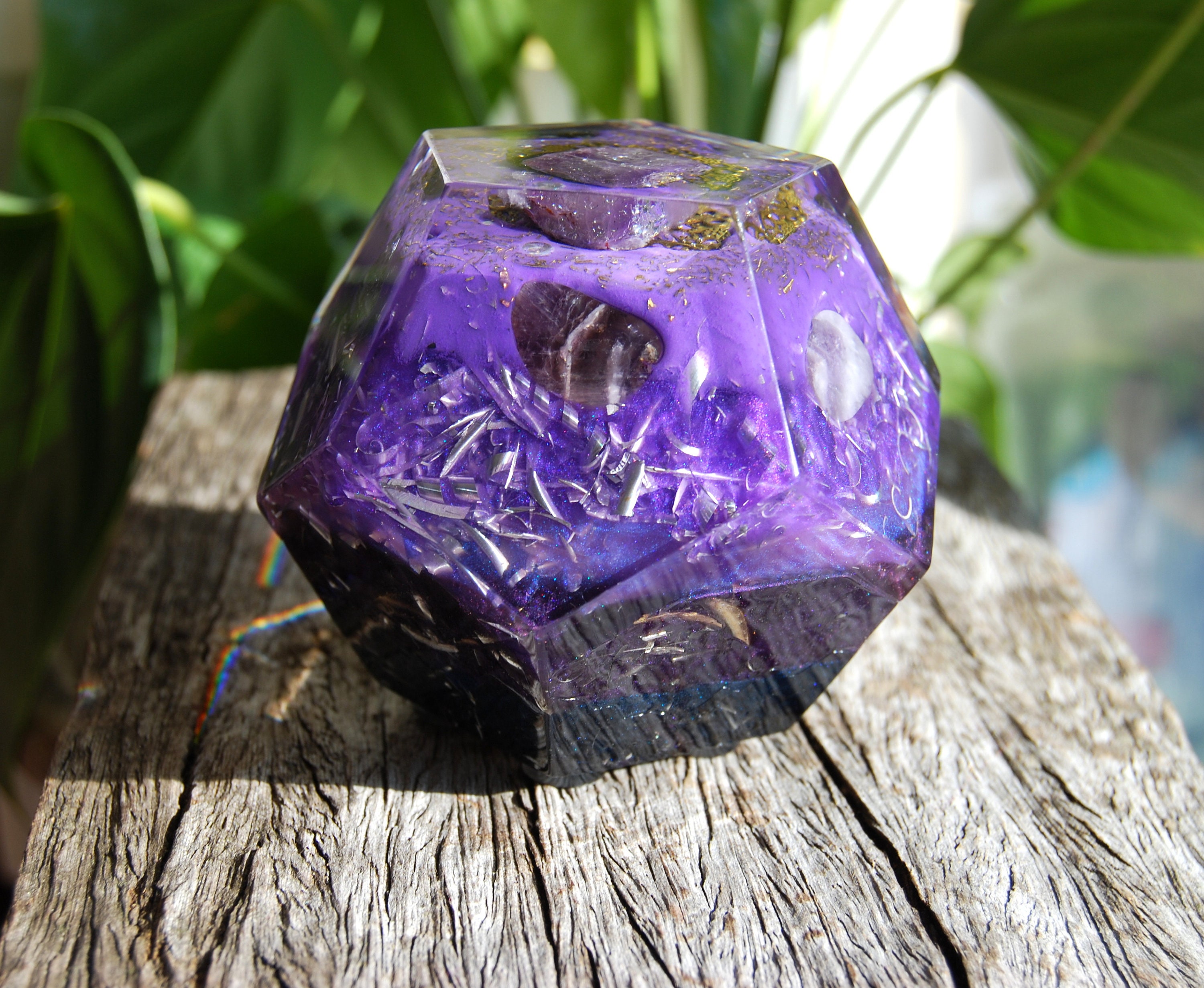 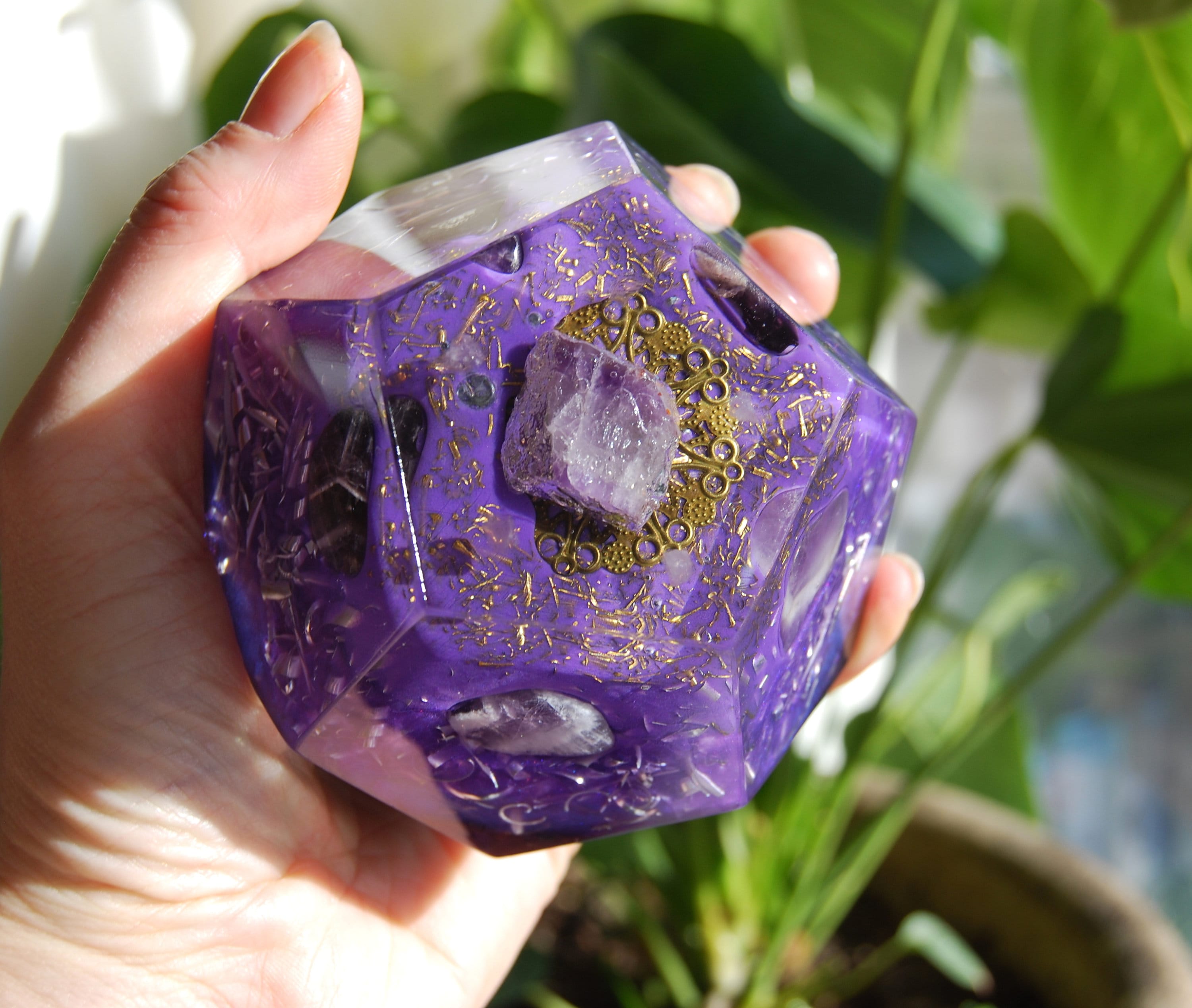 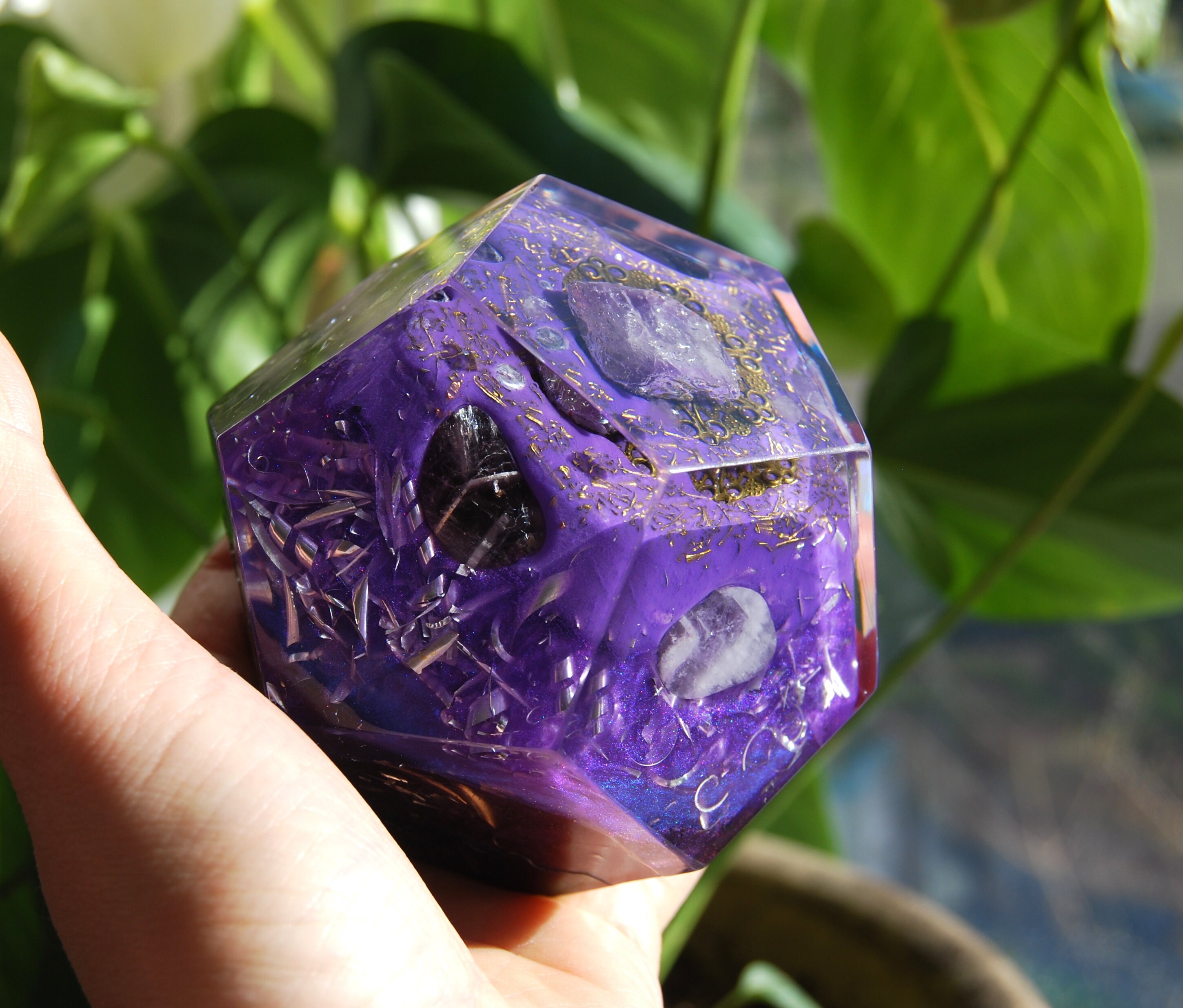 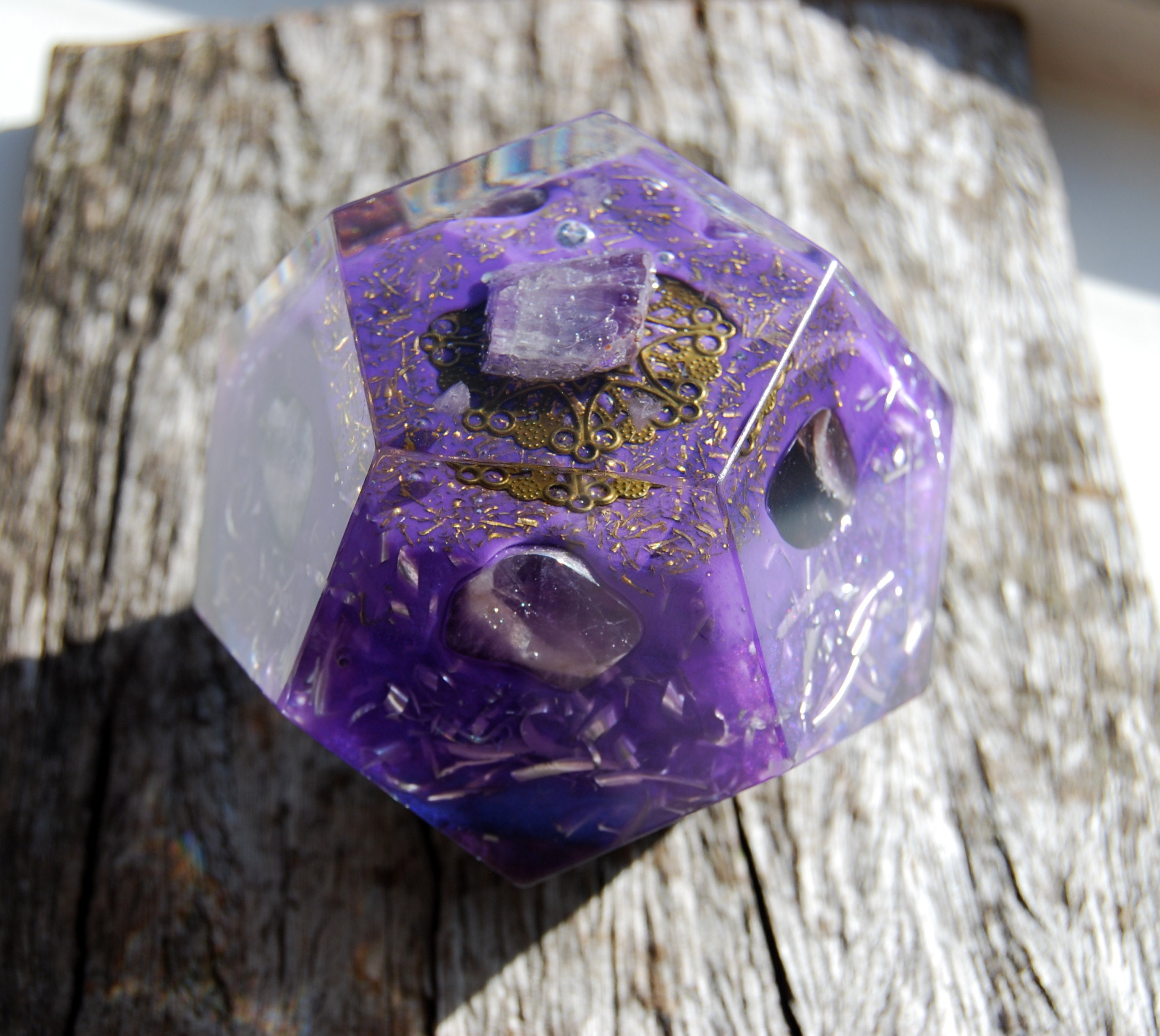 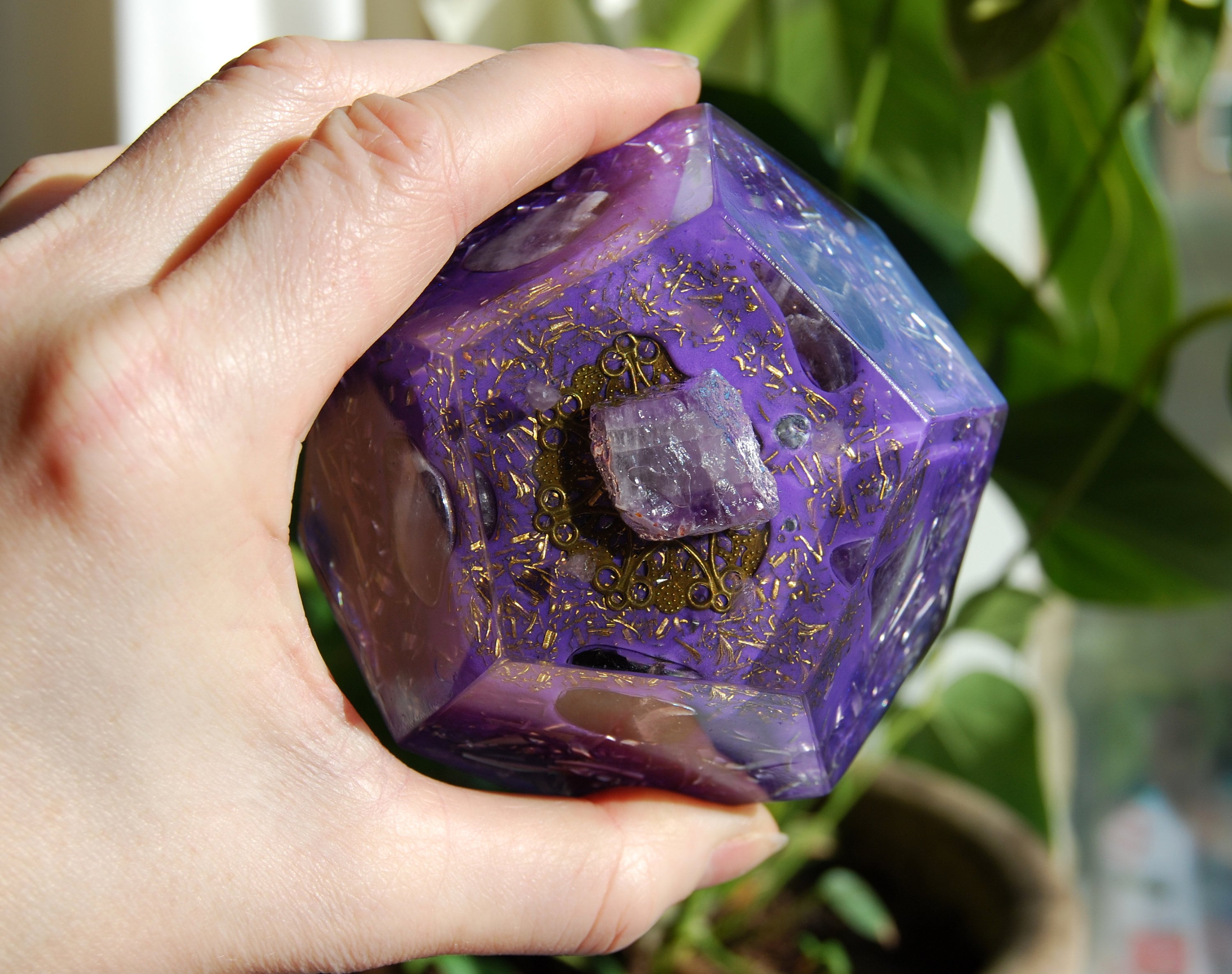 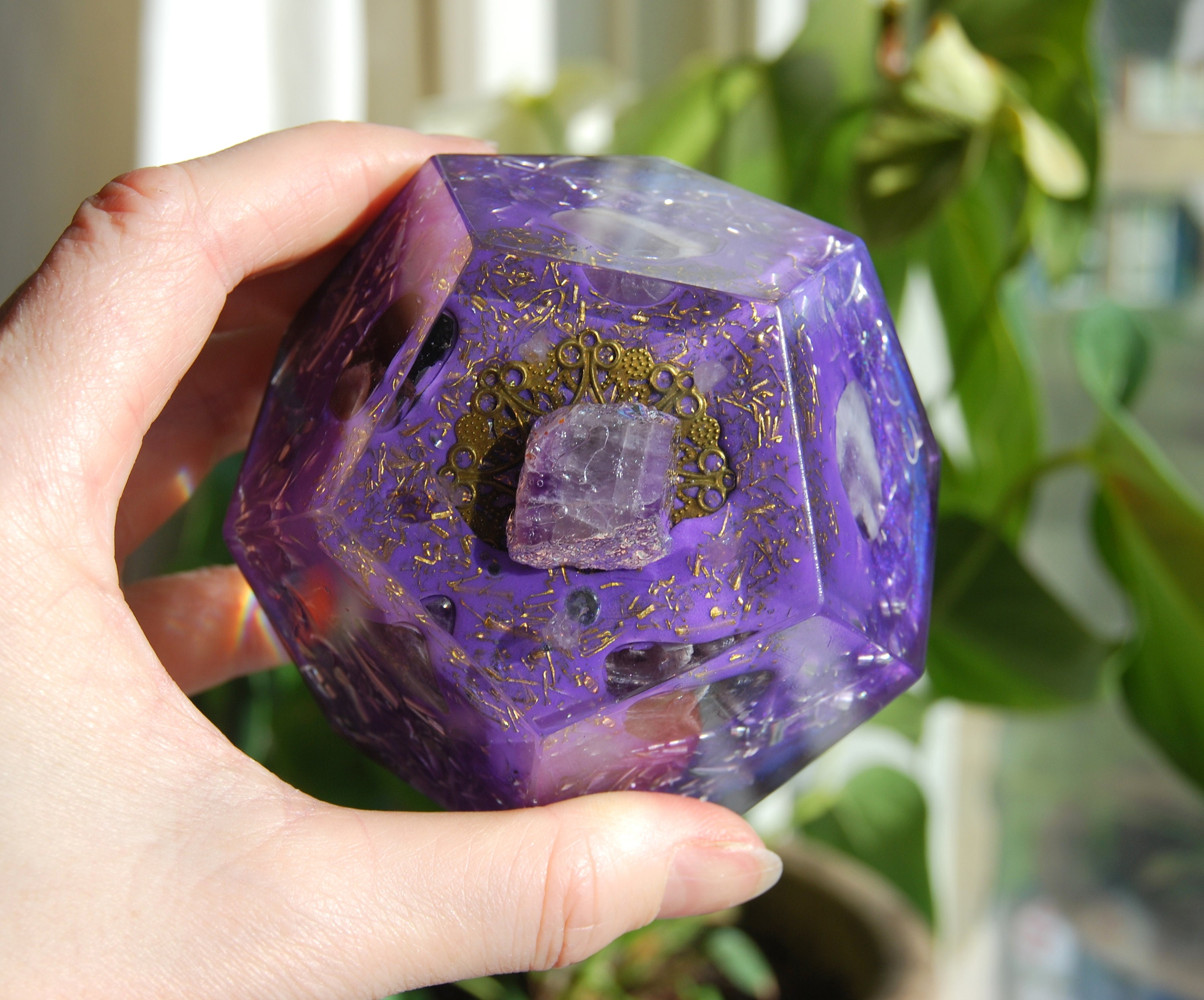 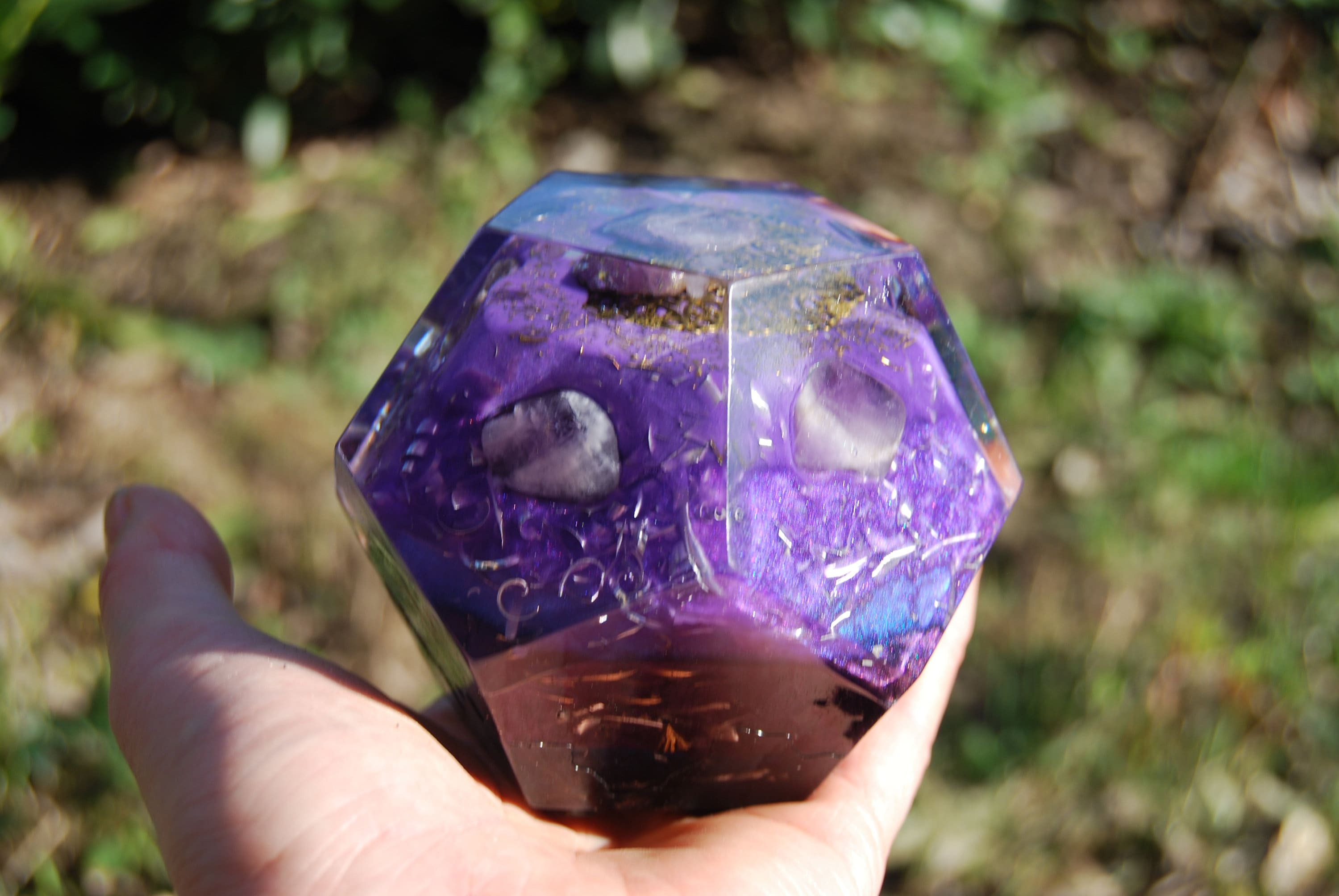 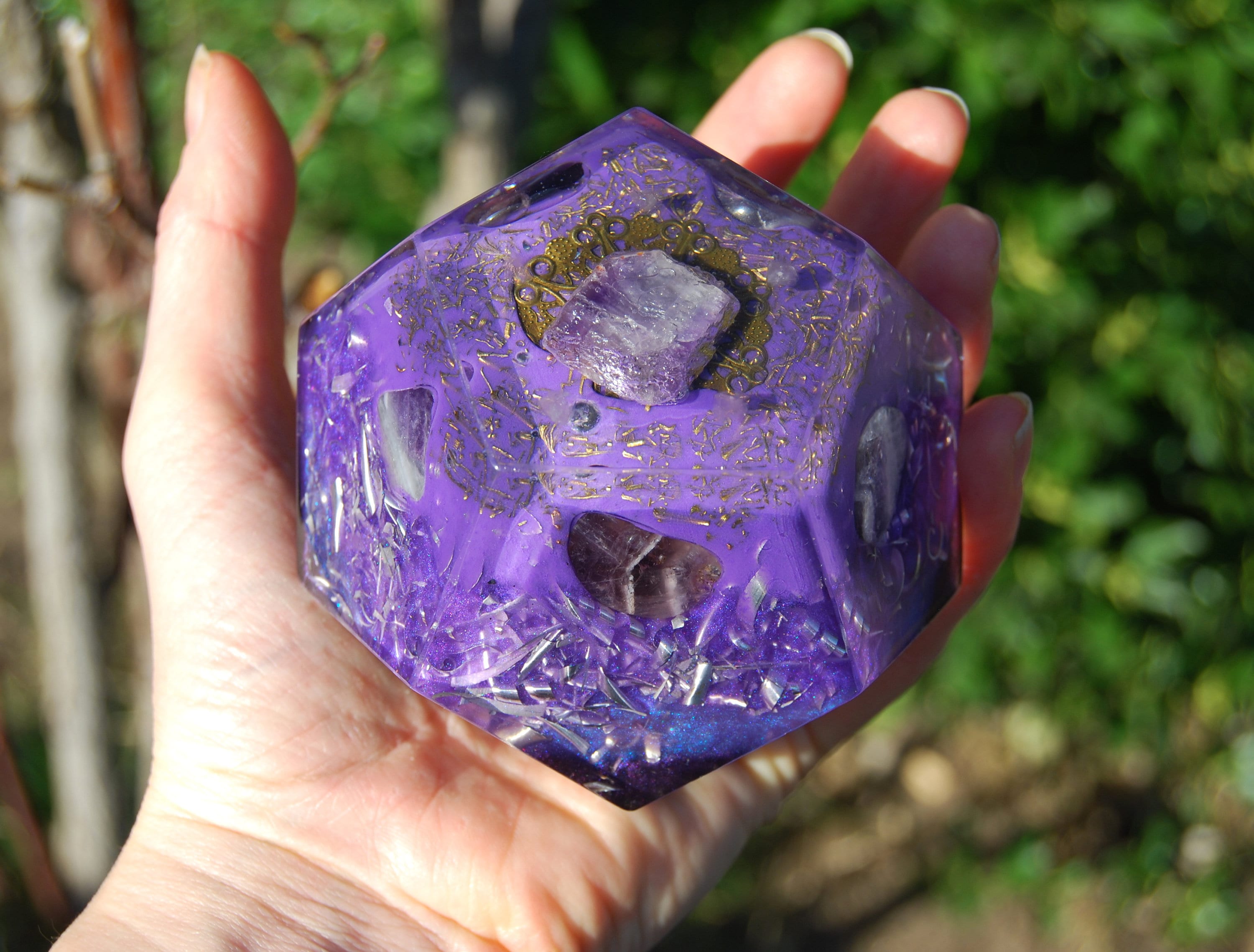 This is a unique Orgonite® in the shape of a Dodecahedron.

Each side of the structure has one Amethyst stone (total 6).

It consists of densely layered metal shavings of aluminium, bronze, copper and brass which is required to for the Orgonite® to properly work according to Wilhelm Reich's research (the more METAL Shavings, The better the Orgonite® can remove stagnant energy 🙂). The first layer is a complete layer of little Amethyst stones. The second layer consists of yellow Copper, the third layer is aluminium with black Tourmaline, the fourth layer is completely brass shavings and in the fifth layer is completely aluminium shavings in which five terminated quartz crystals are embedded pointing towards the outside for extended energy flow in all five directions and for piezo electric effect.

It is made out of durable polyester resin (so not epoxy resin which doesnt shrink) to ensure optimal shrinkage and pressure on the quartz to create the most piezo electric effect. It is handpolished on the sides so it is smooth and shiney.


Furthermore inside there is layers of the following stones 👉

This Dodecahedron consist primarily of concentrated organic matter in the form of resin; inorganic matter in the form of metals; and conductors in the form of one clear ore more clear quartz crystals. The organic resin exerts negative ionic charges and the inorganic metals exert positive ionic charges. When housed in such close formation, the excitation of these ionic charges act as magnetic energy generators (orgone) - drawing in subtle energies from the environment. In combination with clear quartz crystal(s) and other semi-precious stones, these magnetic energy generator devices continuously transmute (on a quantum level and in elegant scalar resonance) lower incoherent energy drawn in from the environment into higher coherent frequencies inherent in the crystalline signatures of the stones. These higher frequencies are continuously generated, transmitting vibrations of harmony & balance out into the environment and into one's energy fields.

Made with love 💚🙂. Will be shipped with Trackingnr. 🚀🌎.