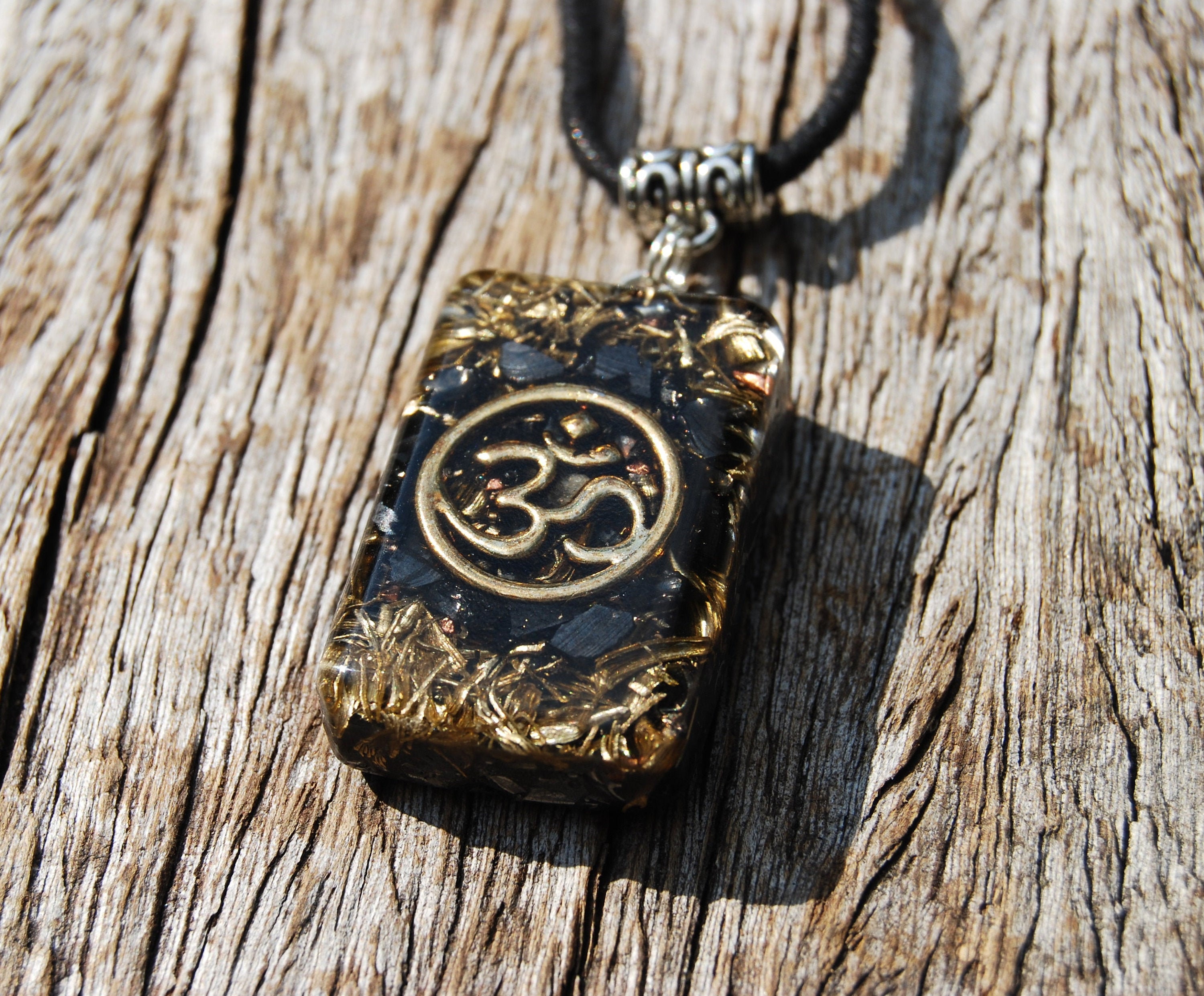 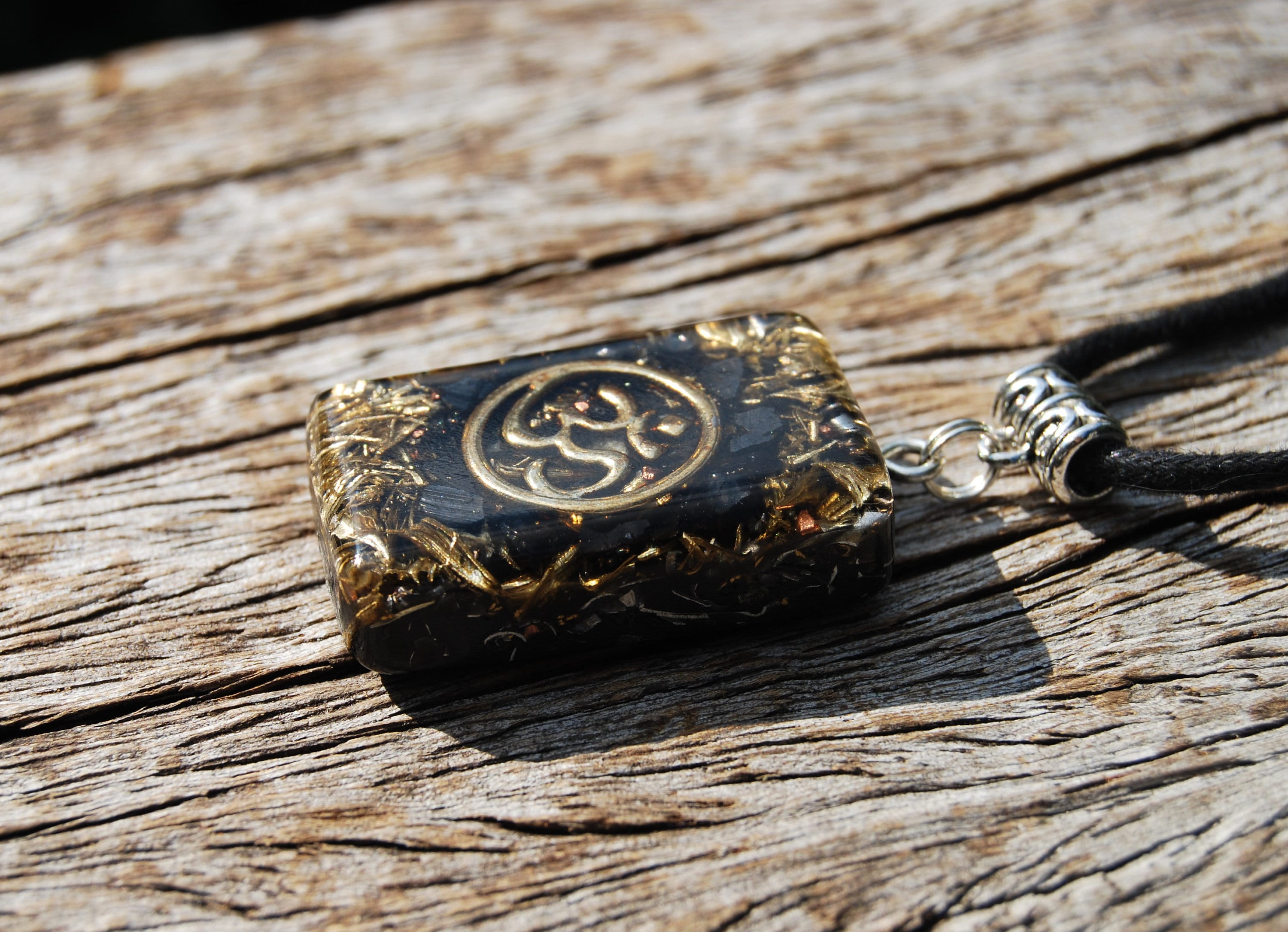 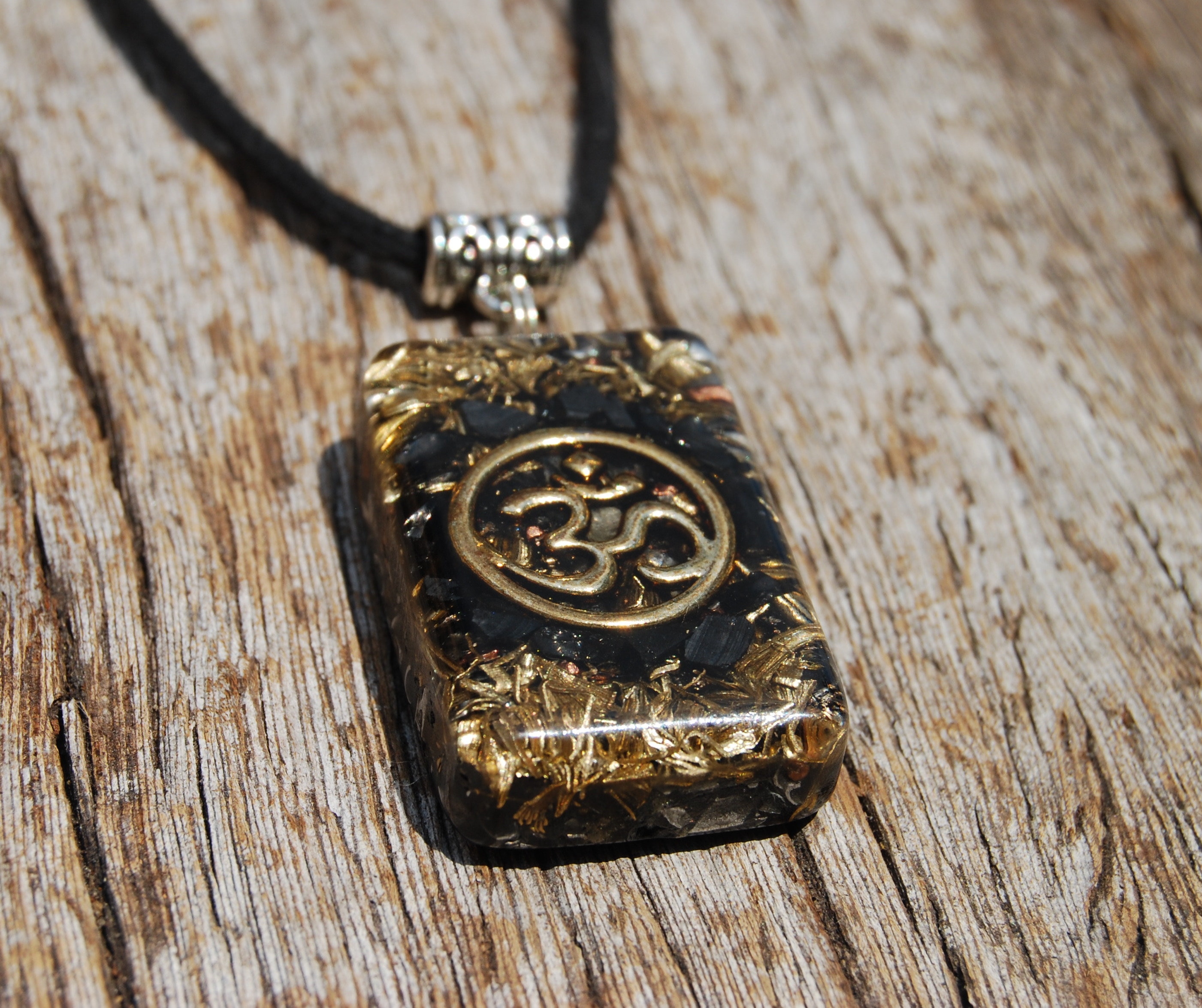 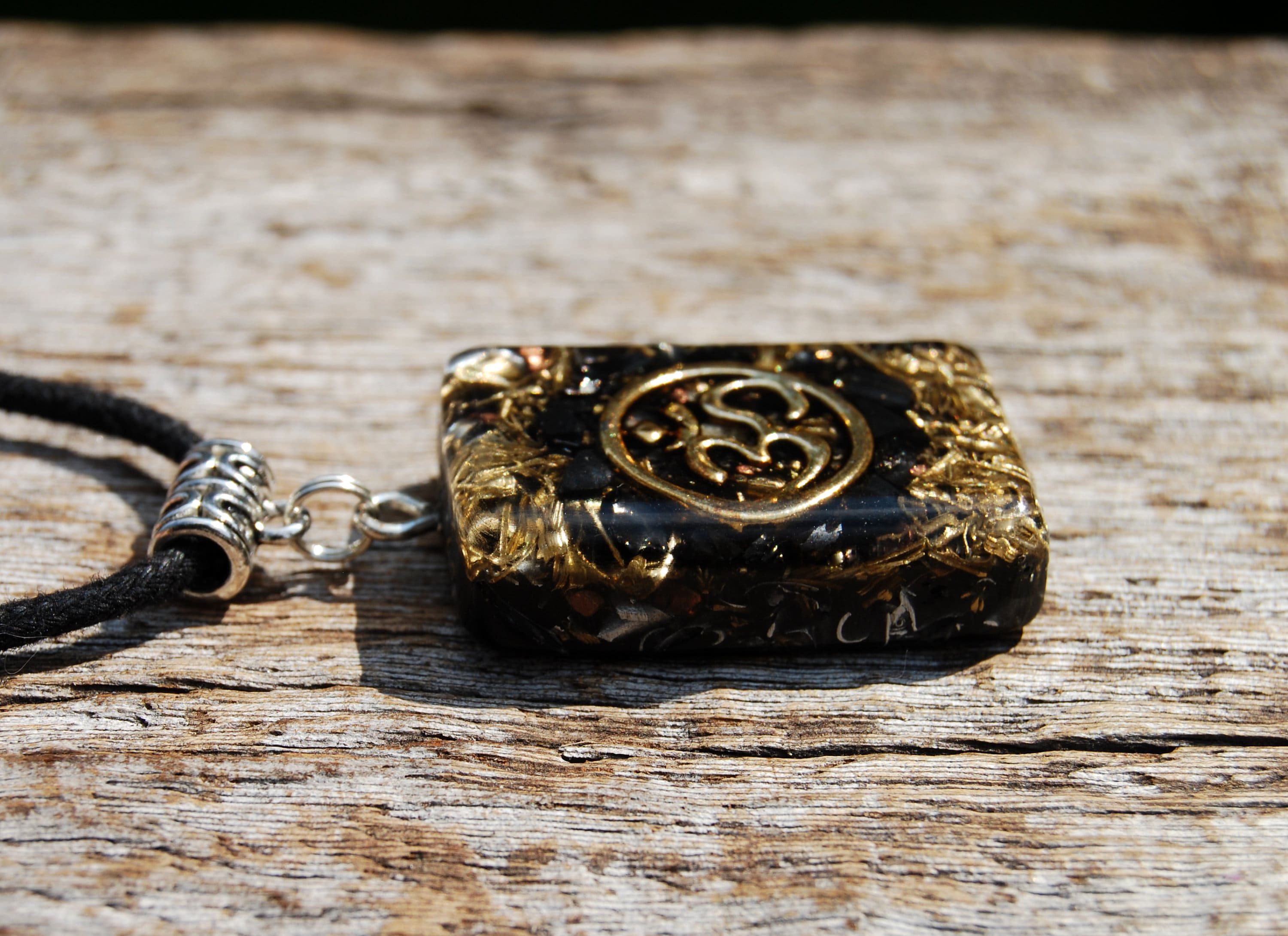 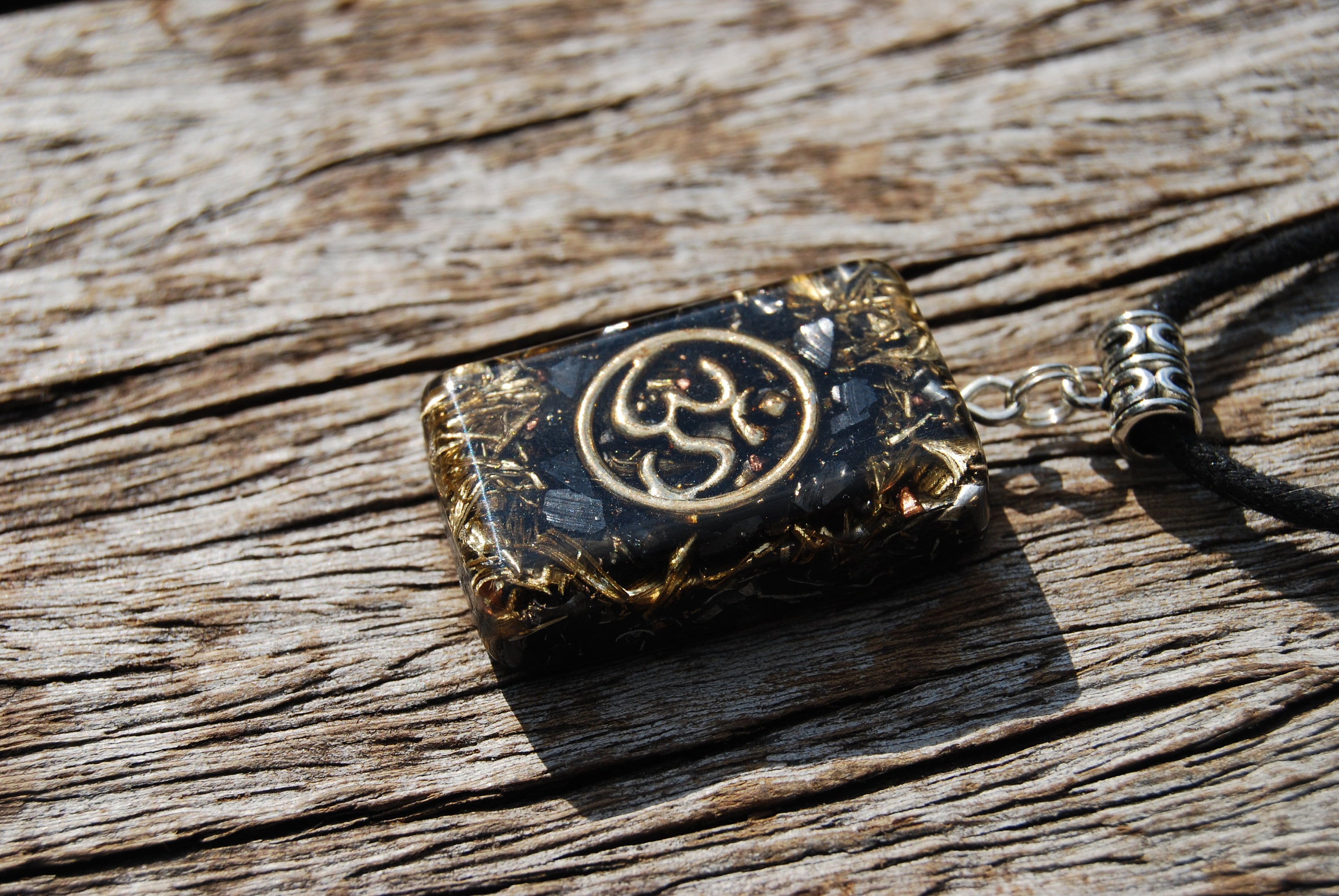 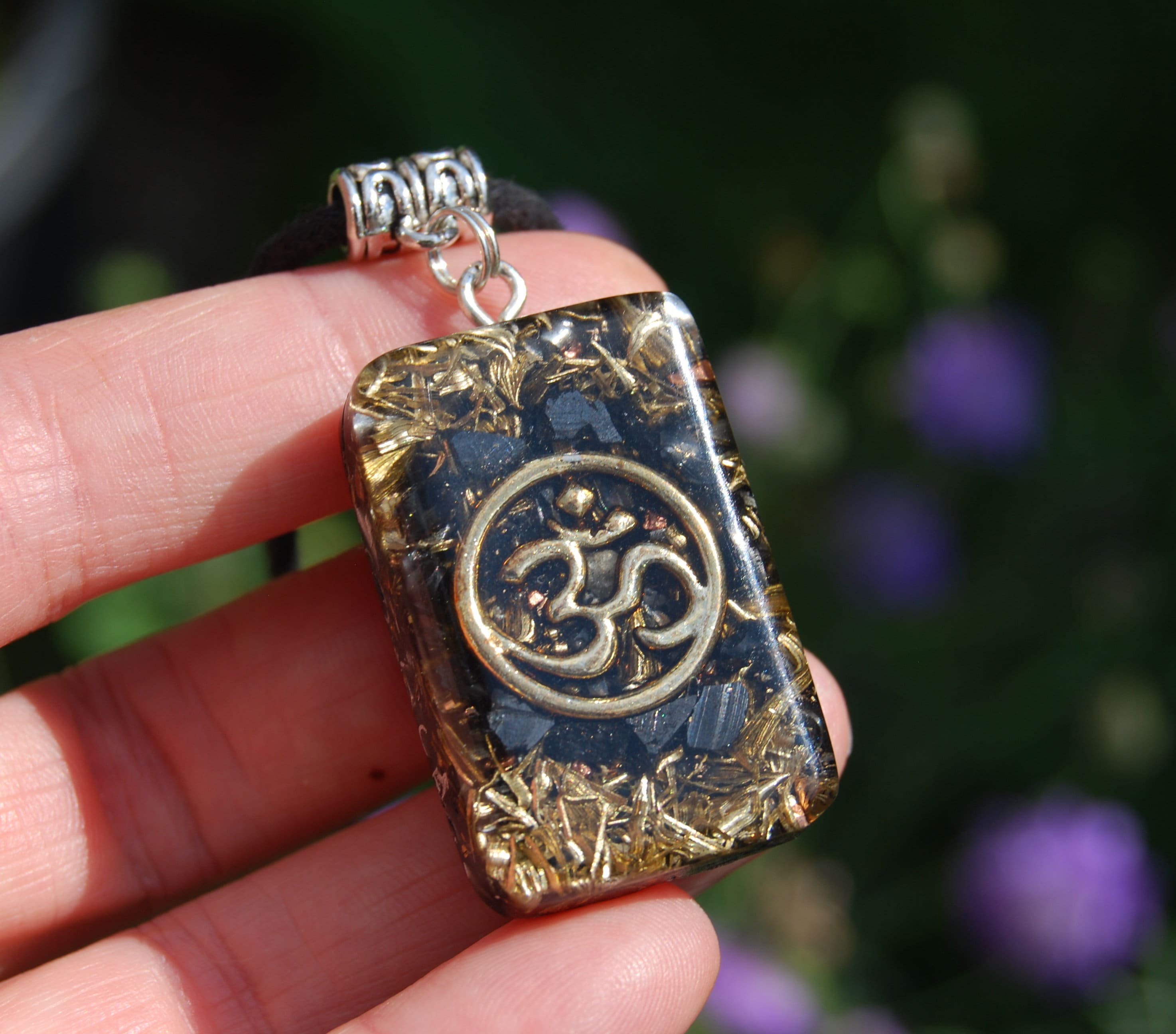 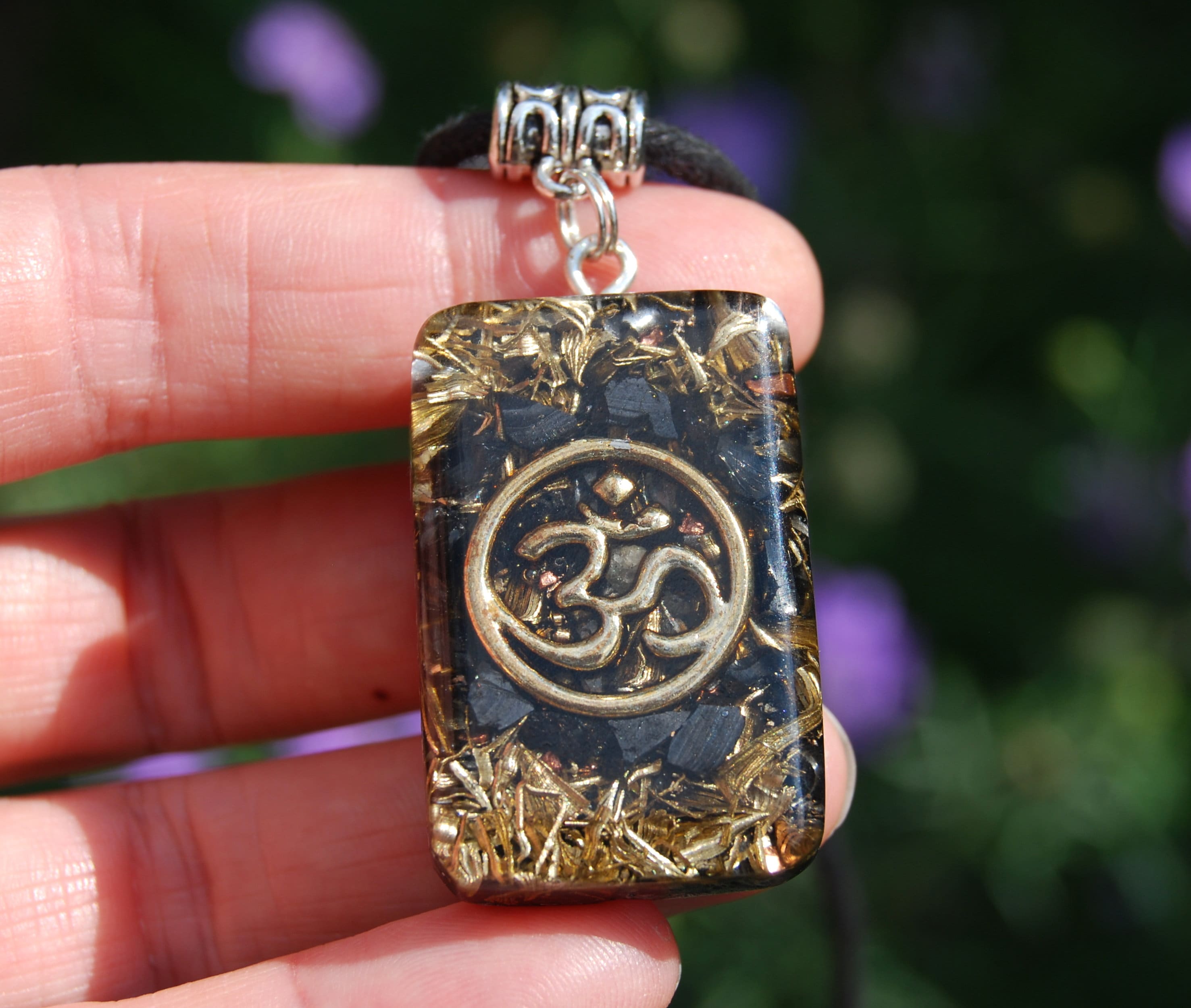 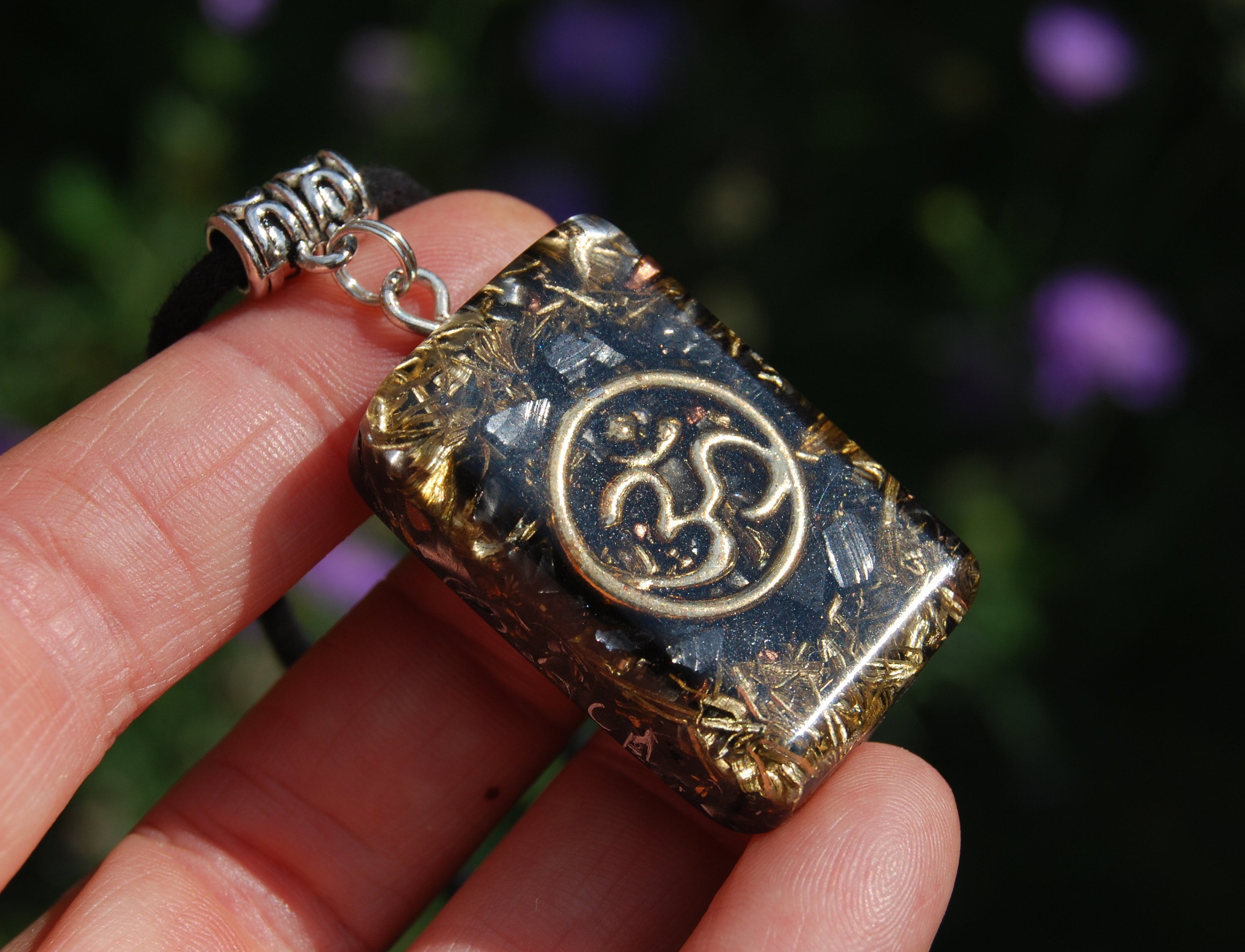 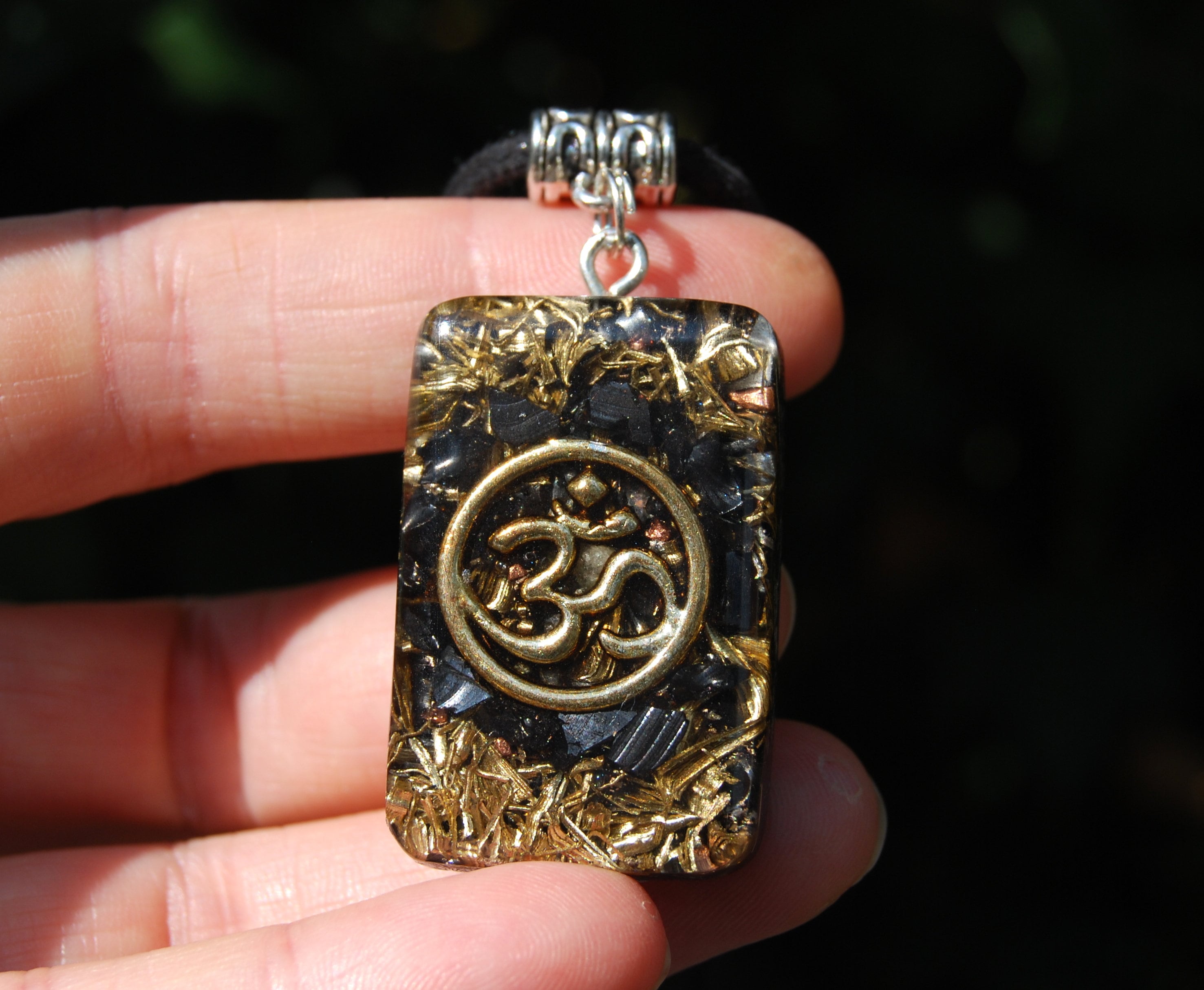 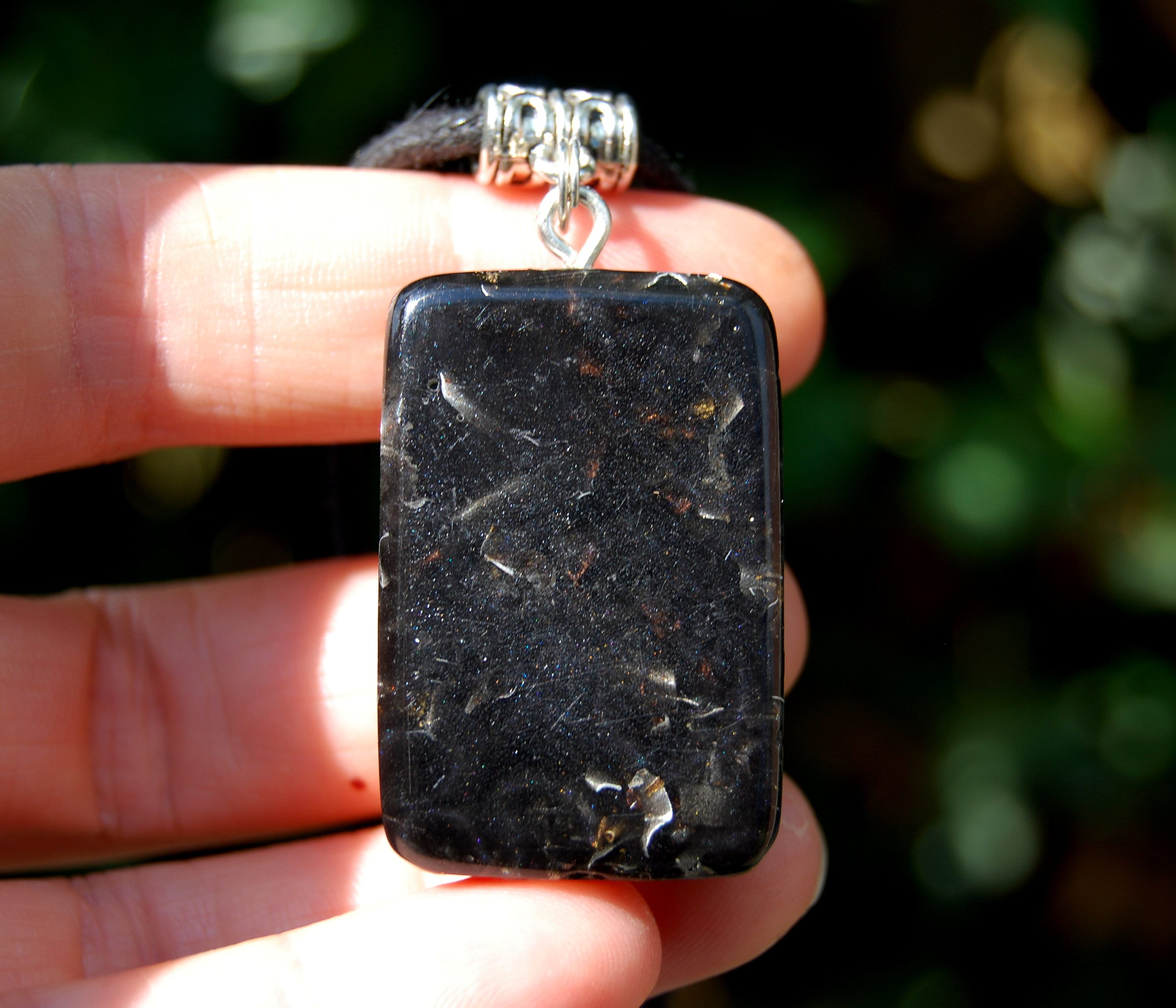 This unique pendant contains aluminium, bronze, brass, bronze and copper shavings. The main stone is Elite Shungite which you can see in the front arround the AUM symbol. It also contains clear Quartz crystal (for piezo electro effect), Rhodizite (to amplify the other crystals), Pyrite (to enhance), Black Tourmaline (to ground and remove excess energy) and Selenite (clean and charges the other crystals) all within a durable resin setting.